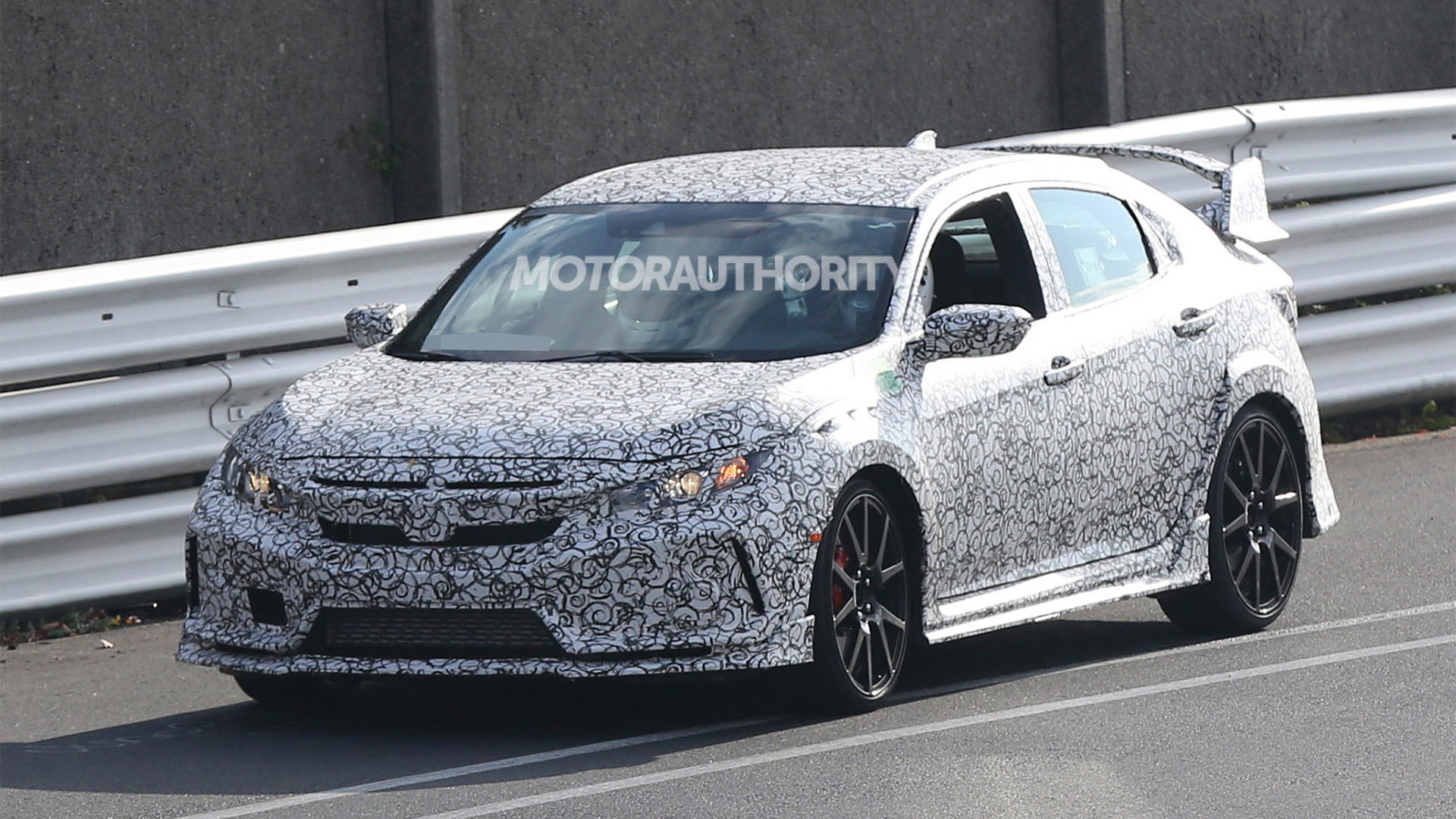 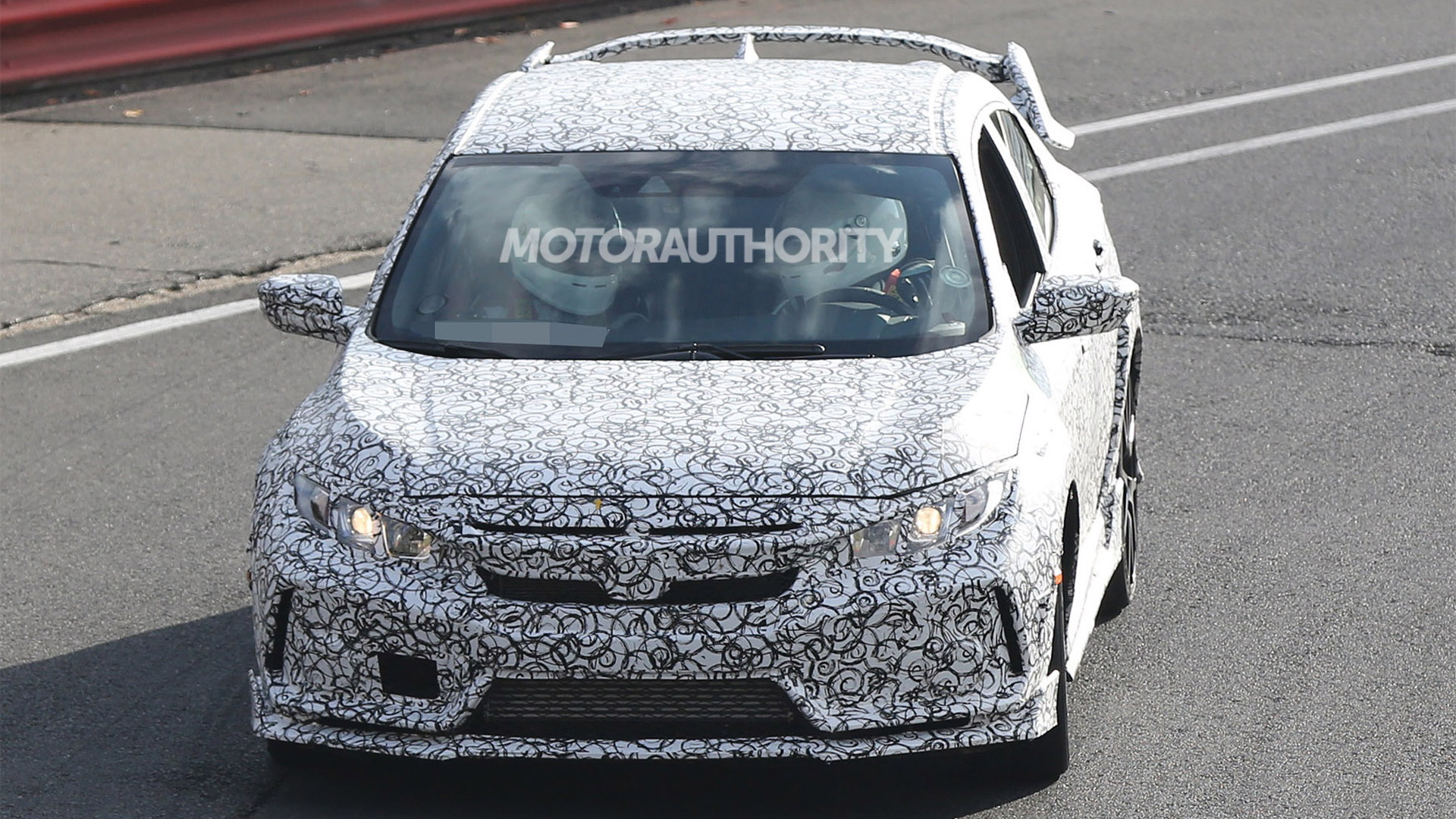 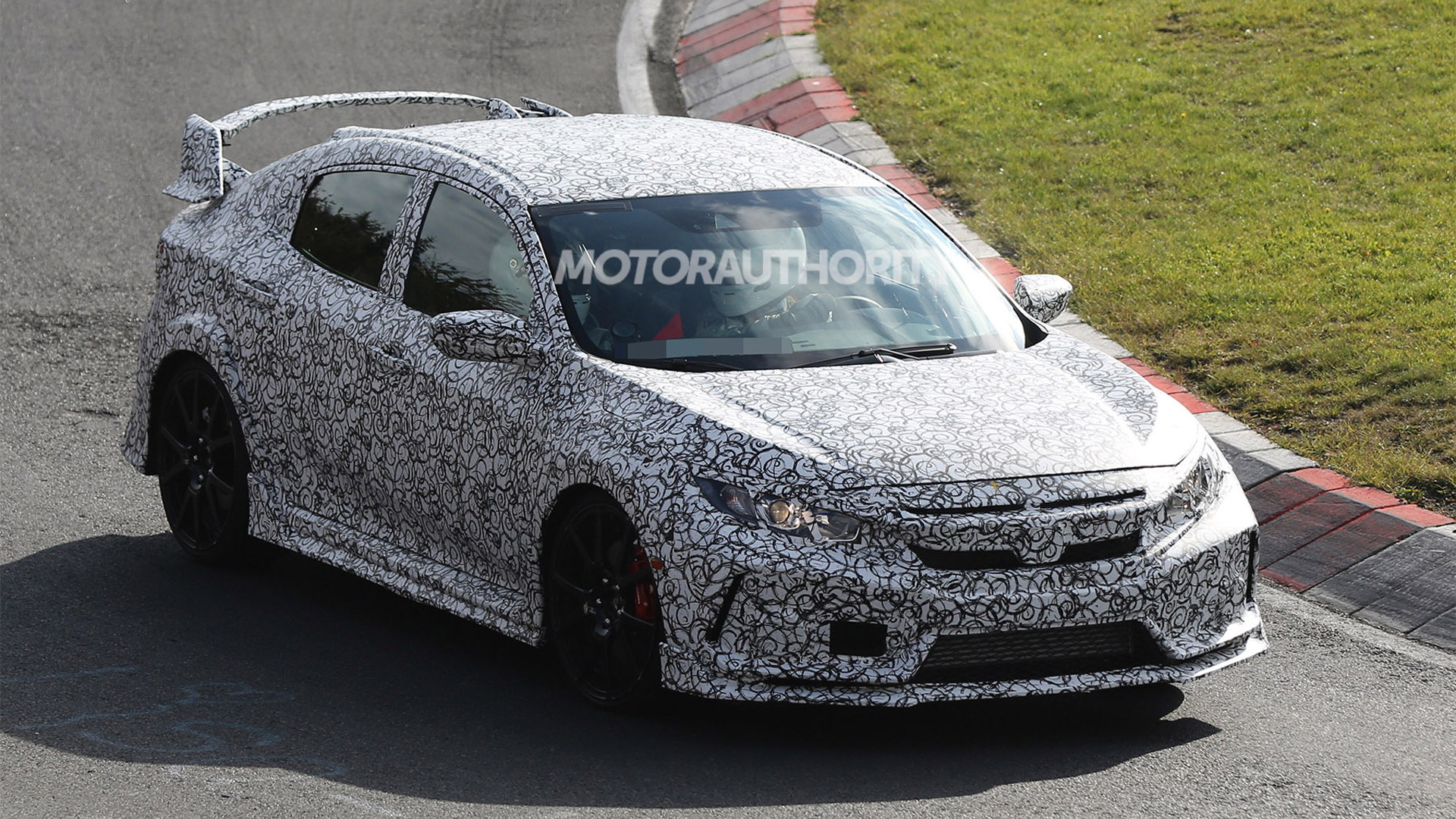 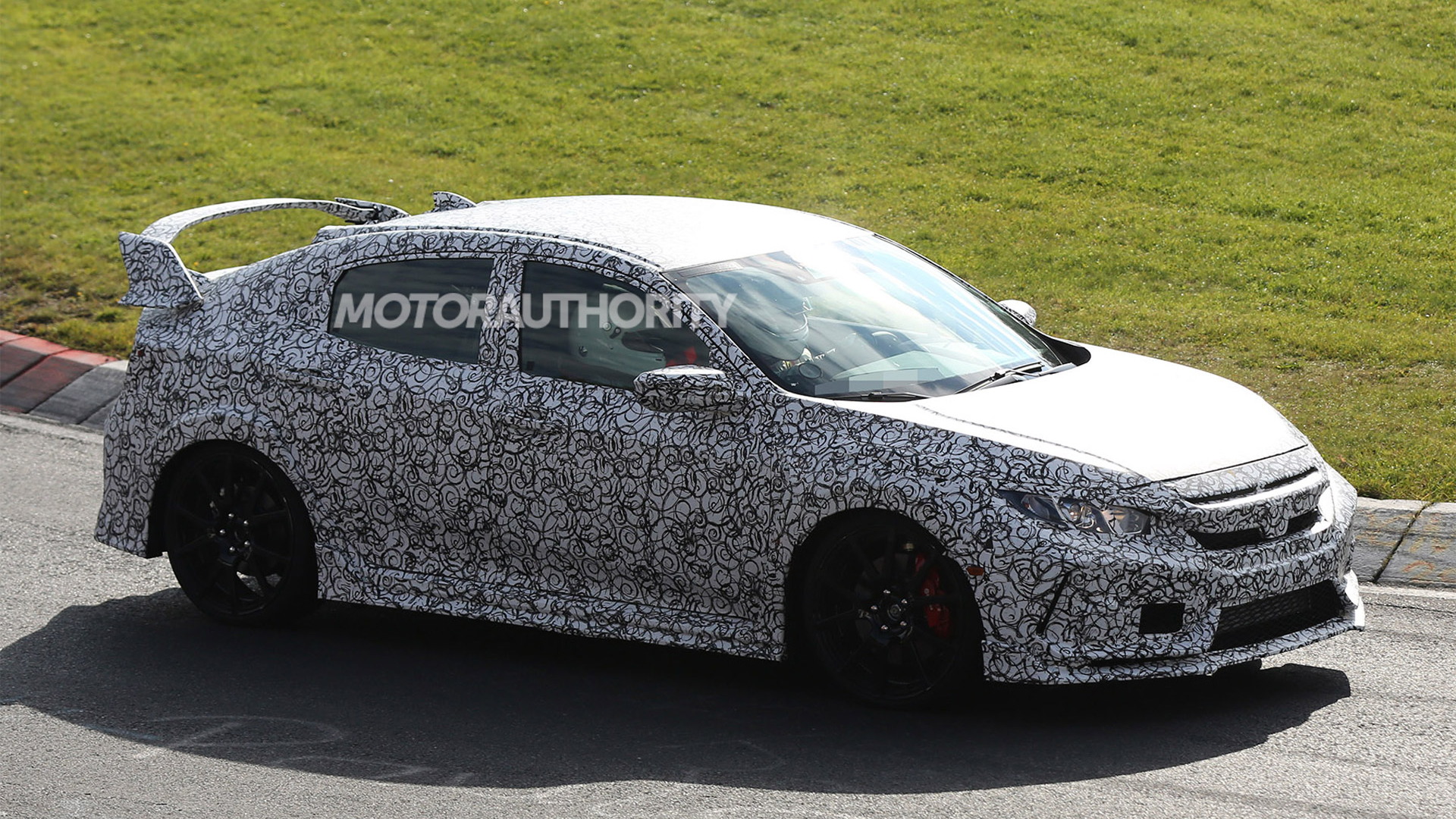 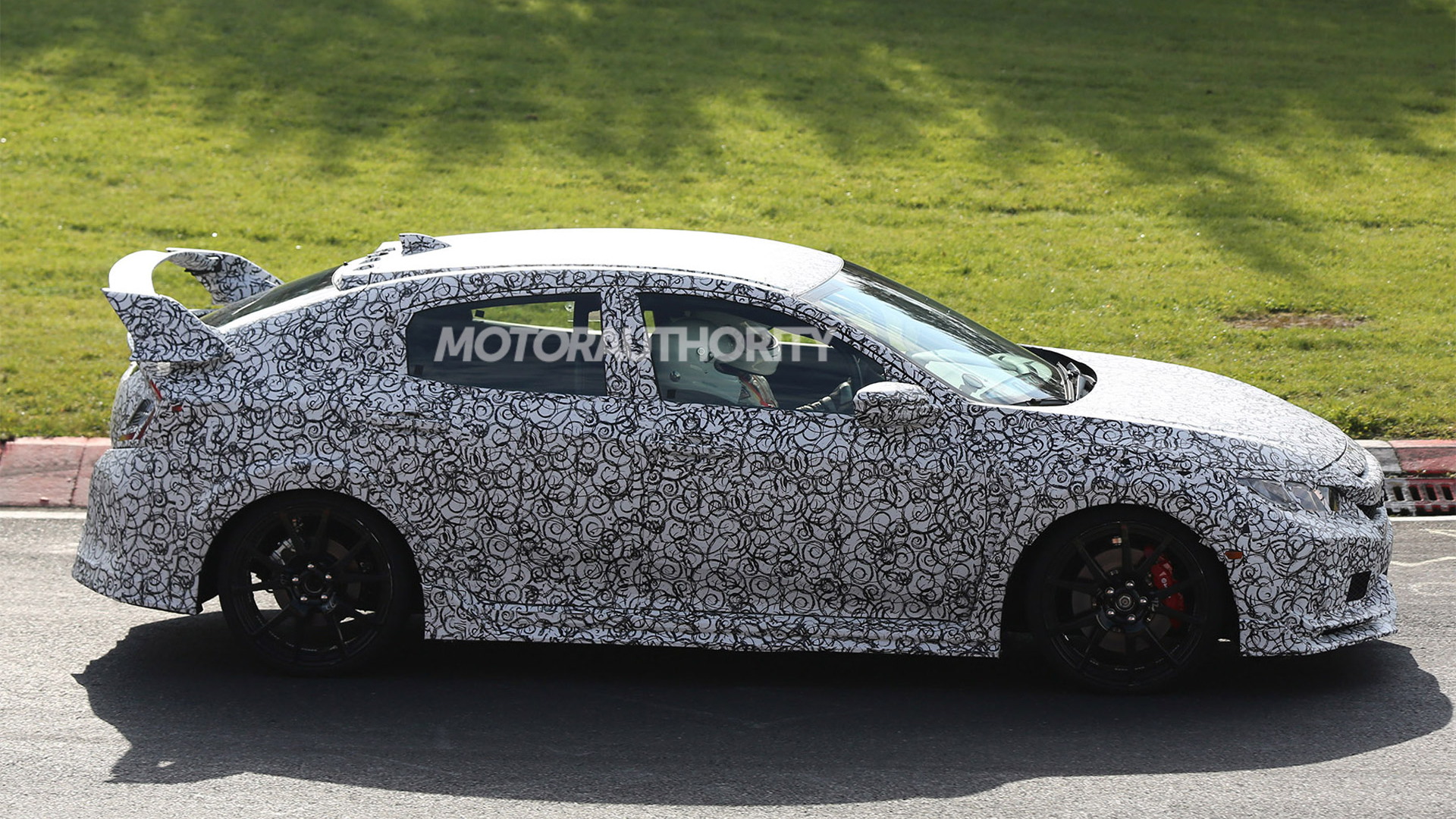 It’s been exactly one year since we last saw prototypes for Honda’s new Civic Type R and now we have new spy shots and video of the latest testers for the upcoming hot hatch.

It’s due in showrooms around mid-2017 and will be offered exclusively with the Civic Hatchback body style.

The external design was previewed by a thinly-veiled concept at the 2016 Paris auto show and judging by the latest spy shots it looks like the production version will be almost identical to the show car.

The latest prototype sports an aggressive body kit and the same three-pipe exhaust design shown on the Paris concept. The wheels measure 19 inches across and inside each of these sits a Brembo brake caliper. Expect the final version to come with four-piston calipers and 13.7-inch discs at the front.

We already know the engine fitted to the car will be a 2.0-liter four-cylinder with direct fuel injection, turbocharging and VTEC variable valve timing. Peak output should lie close to the 305 horsepower and 295 pound-feet of torque found in the outgoing Type R, with all of this grunt to once again be routed to the front wheels only. A 6-speed manual is expected to be the only transmission.

To help get the power to the pavement, the car should be fitted with Honda’s Dual Axis Strut Front Suspension system, which is said to reduce dreaded torque steer by as much as 50 percent compared to a conventional setup. Also aiding the handling are the numerous body enhancements aimed at producing downforce.

Key rivals for the car include the Ford Motor Company [NYSE:F] Focus RS, Subaru WRX STI and Volkswagen Golf R, although all of these come standard with all-wheel drive.