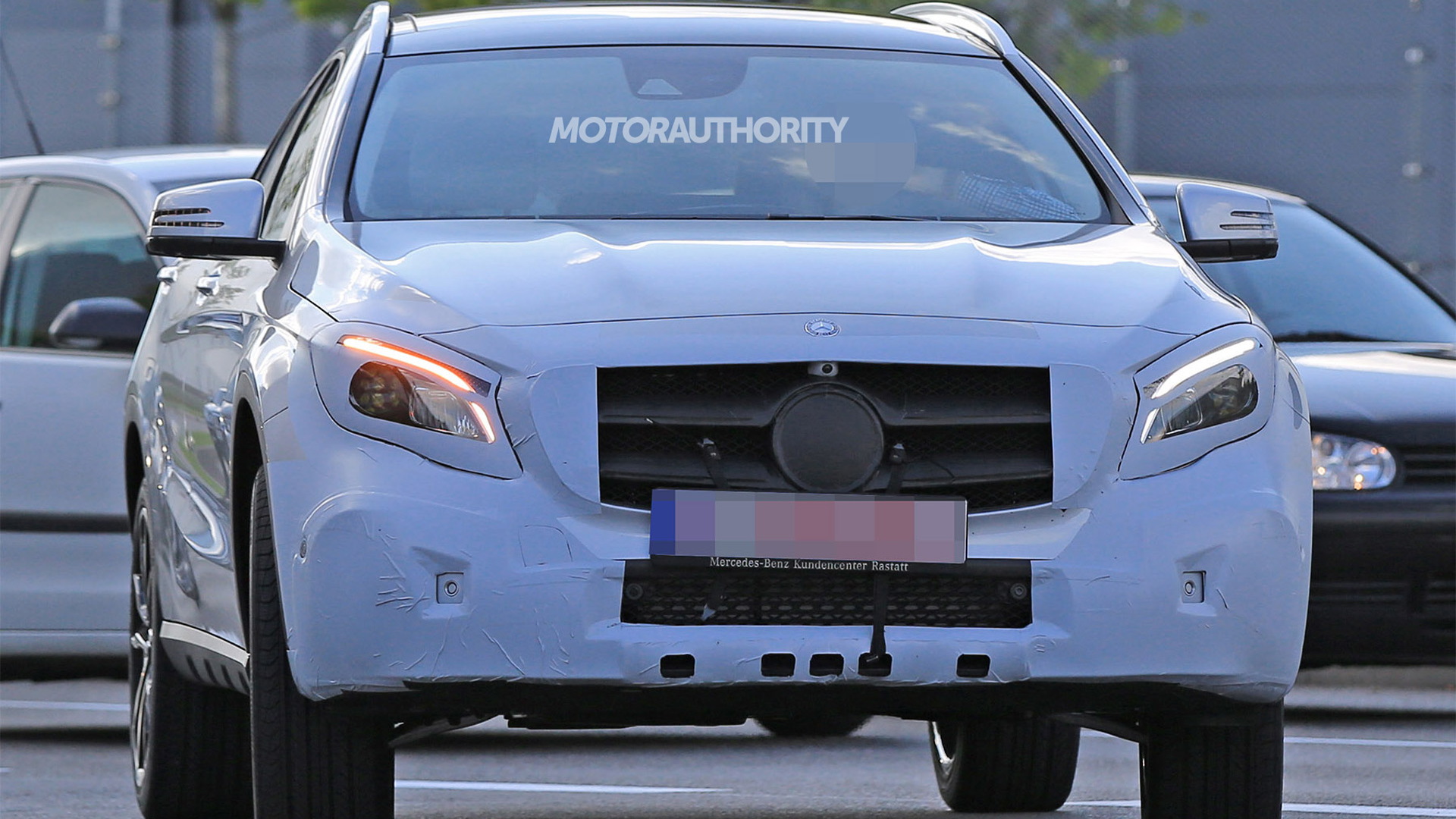 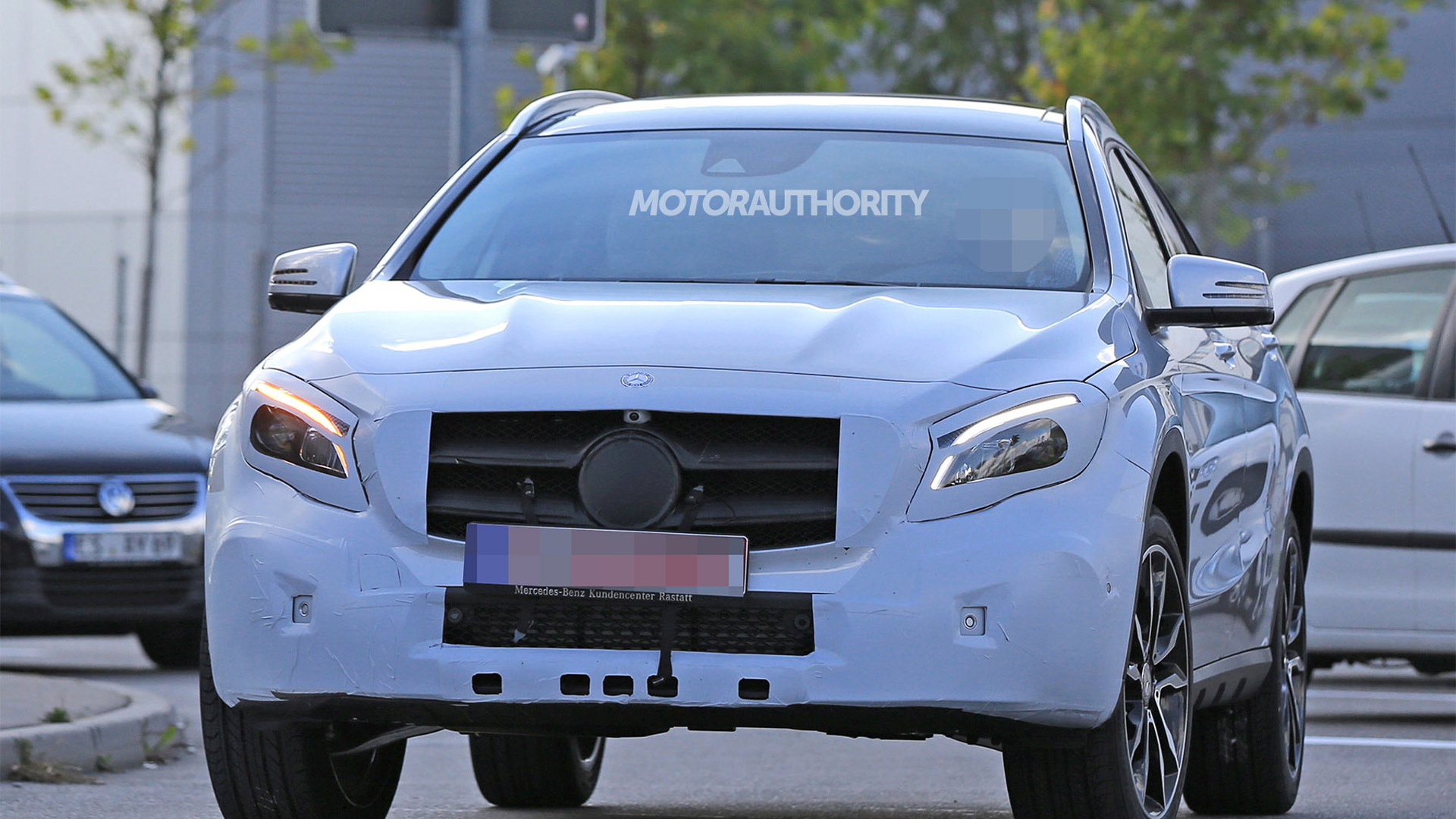 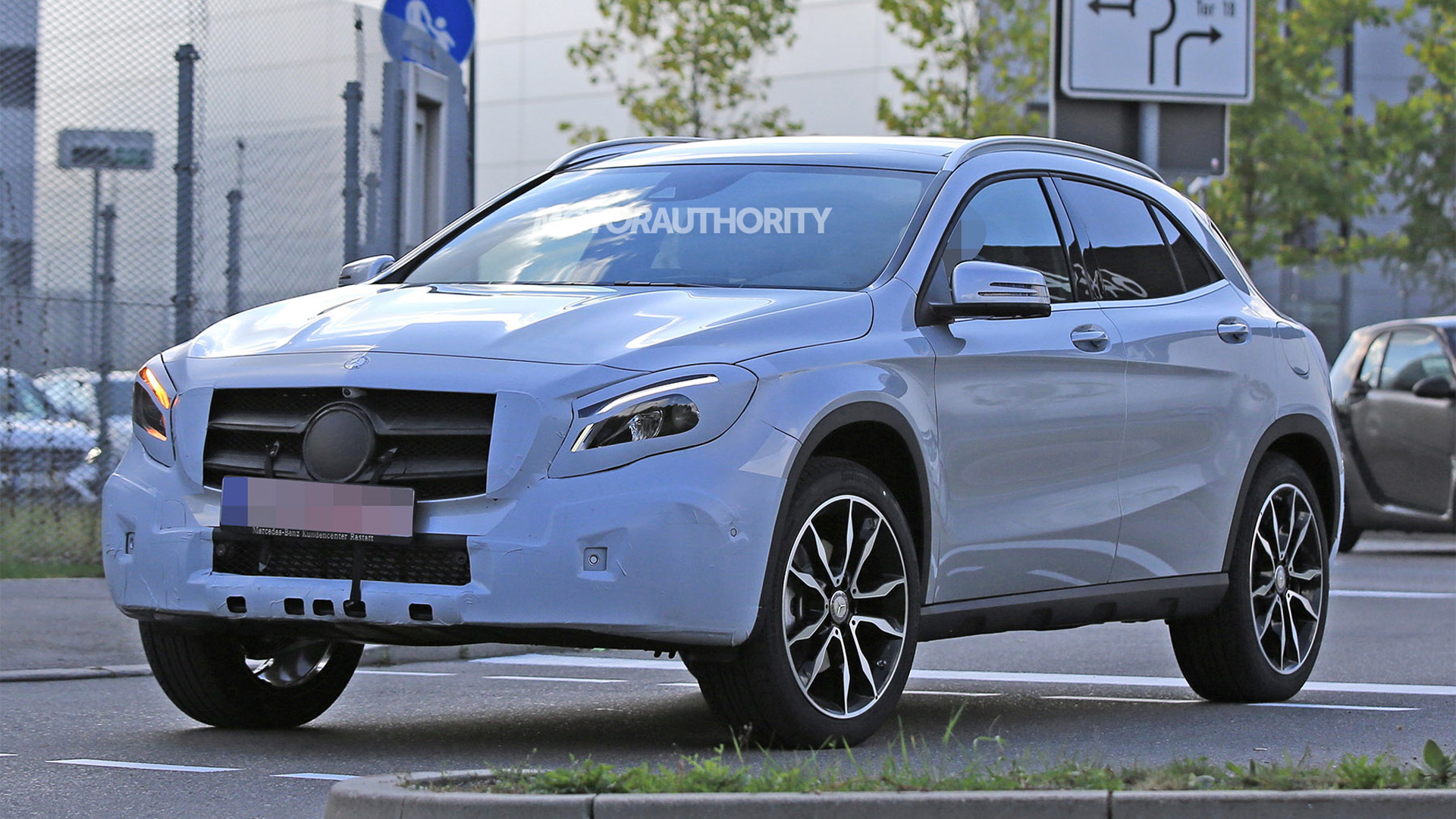 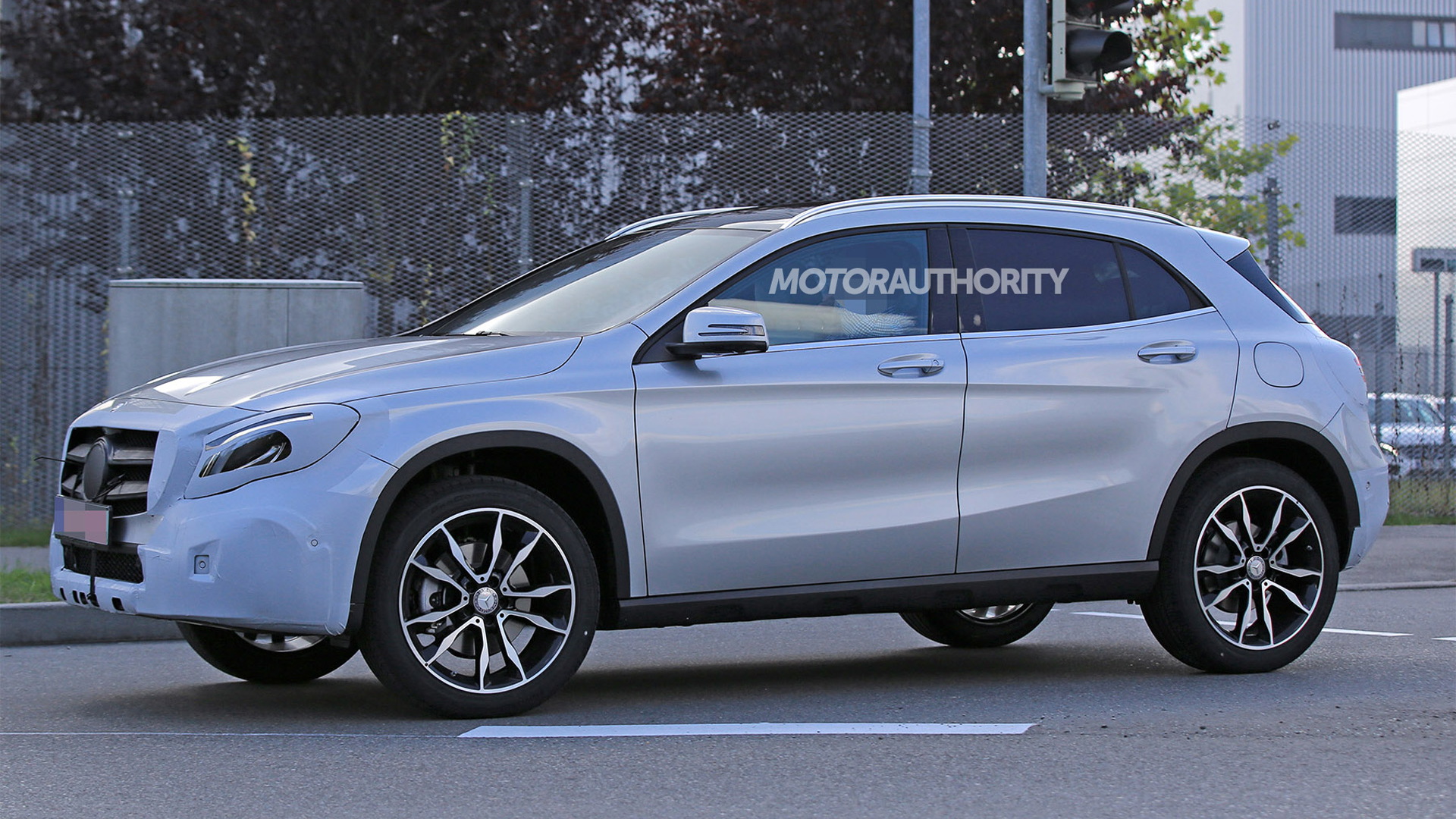 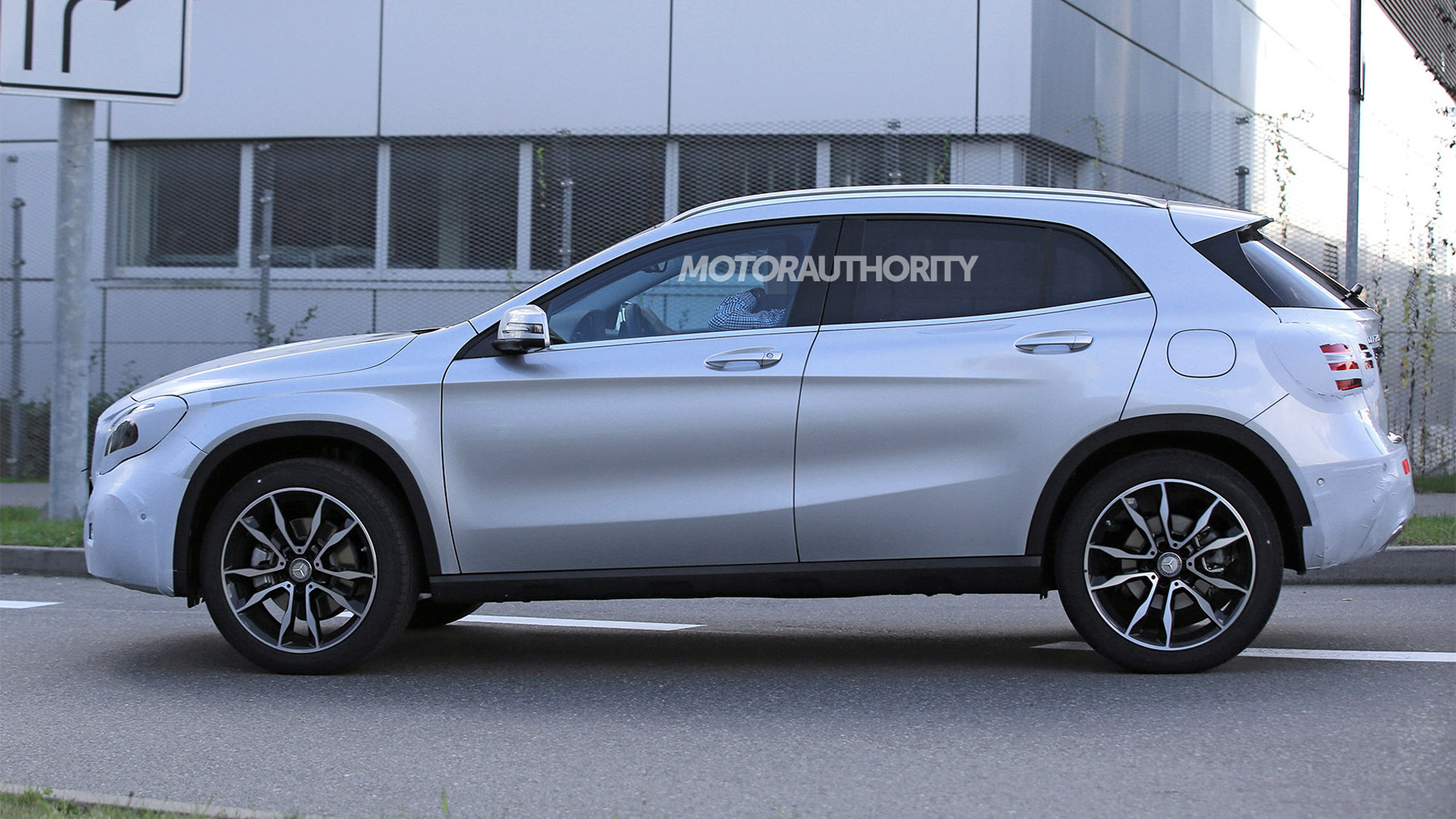 The Mercedes-Benz GLA first went on sale in 2013, although it didn’t reach the United States until the following year, arriving as a 2015 model.

That means it’s about due for its mid-cycle update, which will see a few minor tweaks made, as indicated by this prototype spotted near Mercedes’ headquarters in Germany.

With portions of the lights and bumpers at both ends of the vehicle covered, we can surmise that there will be some tweaks made here. They're the only differences we've spotted, which confirms that this won’t be a major update. After all, the GLA’s design remains fresh and the compact SUV is still one of the best-looking vehicles in its segment.

We’re not expecting many mechanical changes, either. This is because Mercedes has already made some changes for the 2016 model year. The high-performance Mercedes-AMG GLA45 saw output from its turbocharged 2.0-liter inline-4 bumped up to 375 horsepower, up from 355 previously.

There was no change to standard model, however, with its own turbocharged 2.0-liter inline-4 still dishing out 208 hp. The sole transmission for the GLA is a 7-speed dual-clutch unit but buyers have the choice of all-wheel drive instead of the standard front-wheel drive.