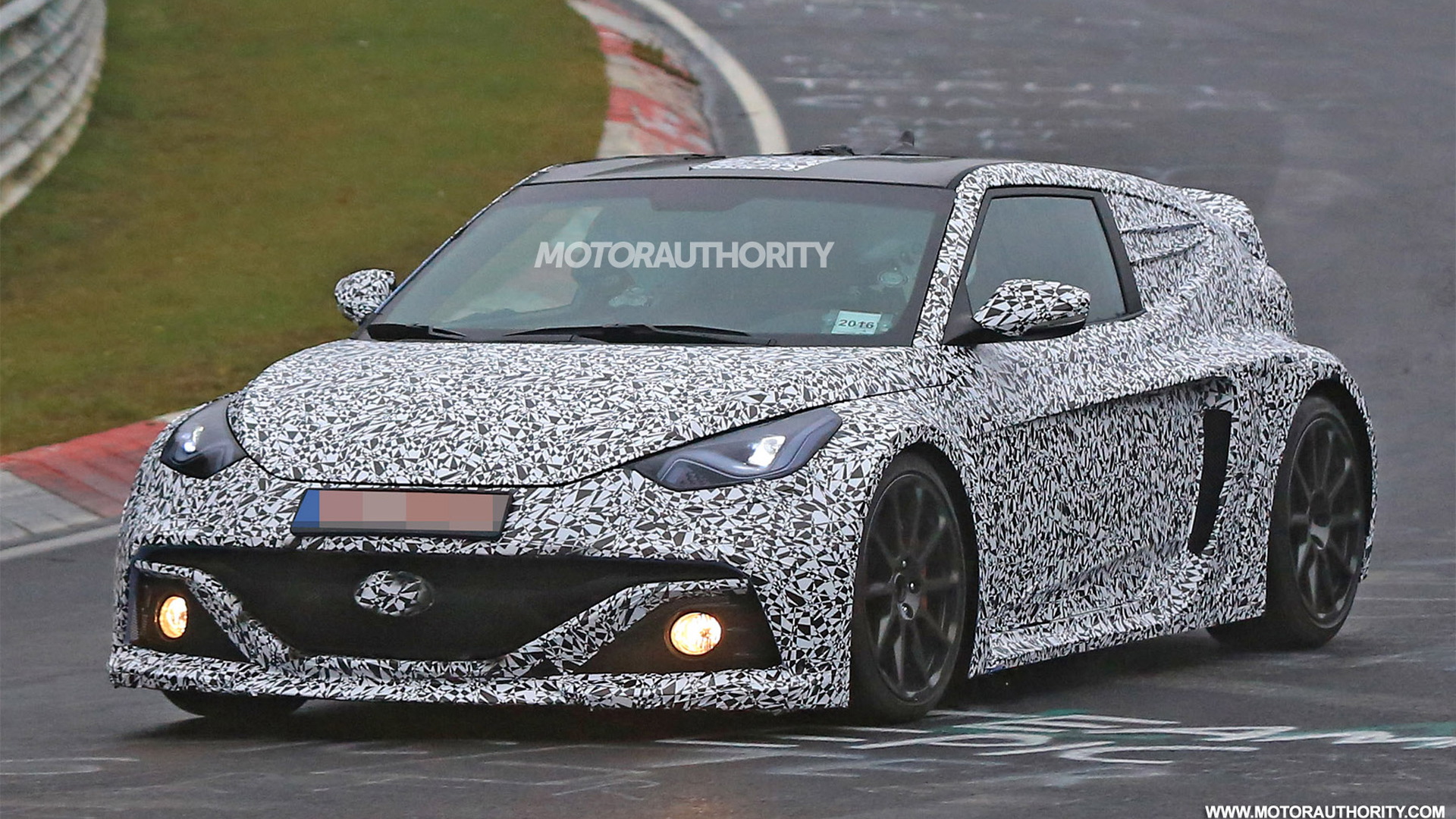 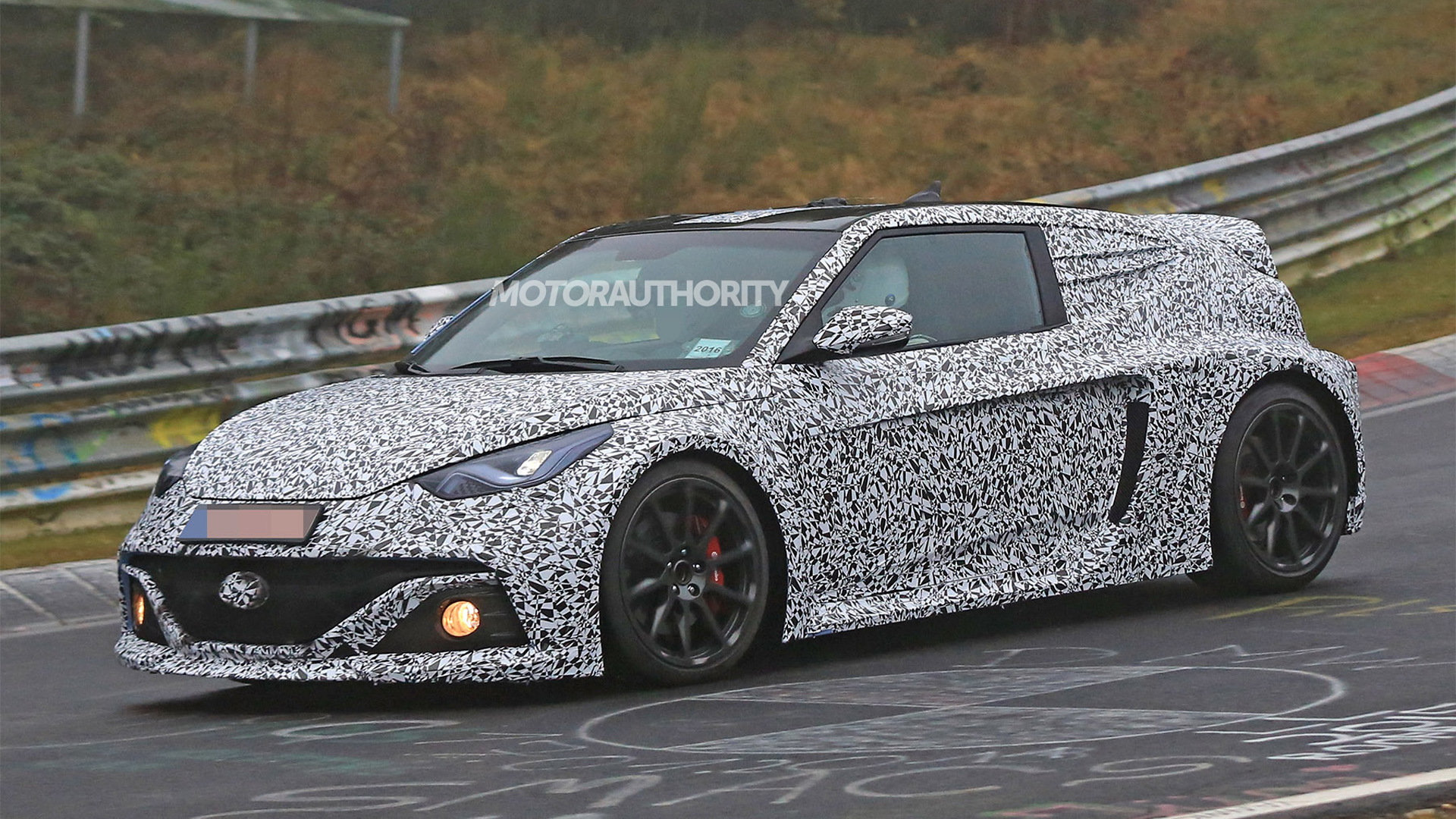 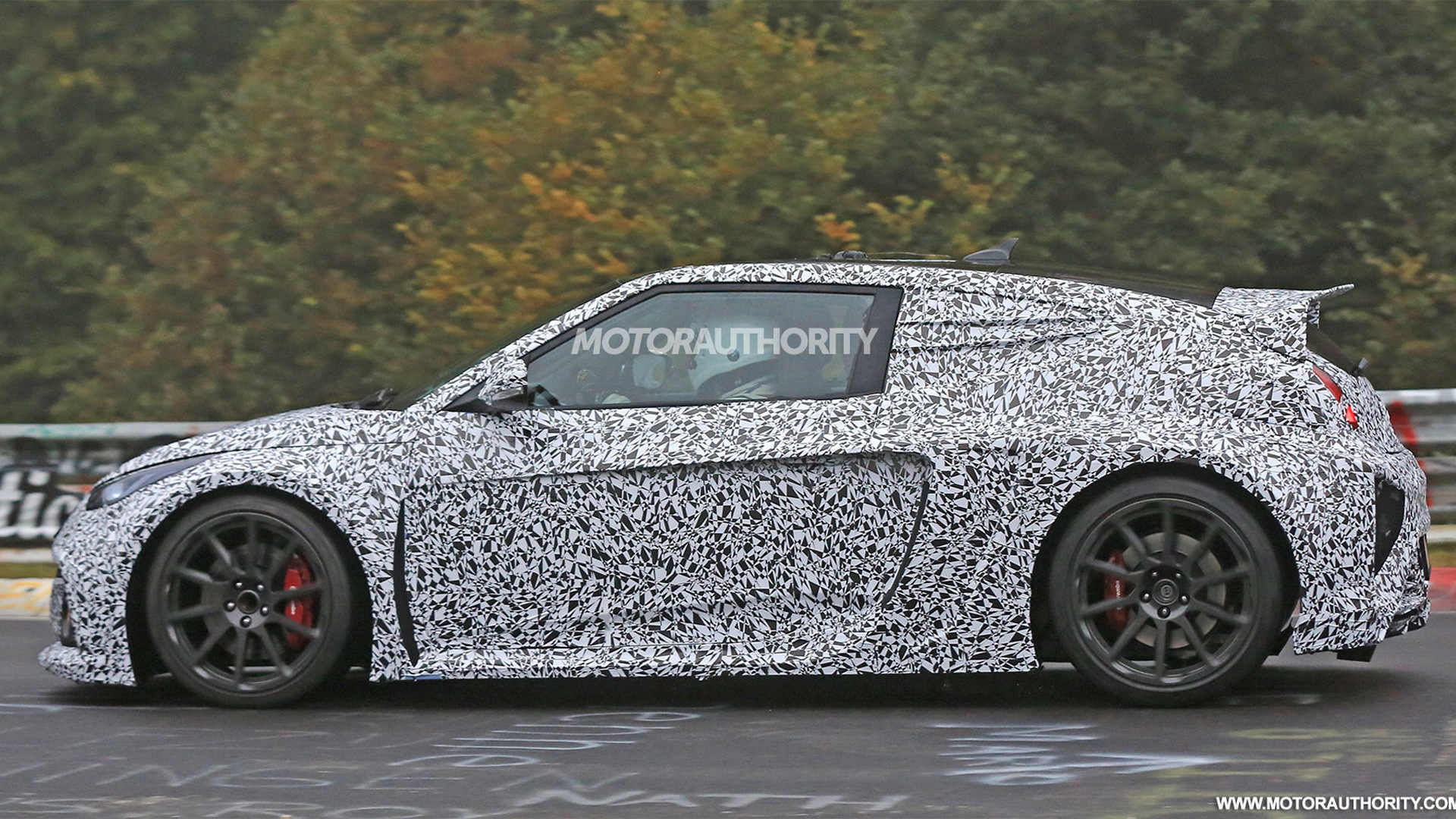 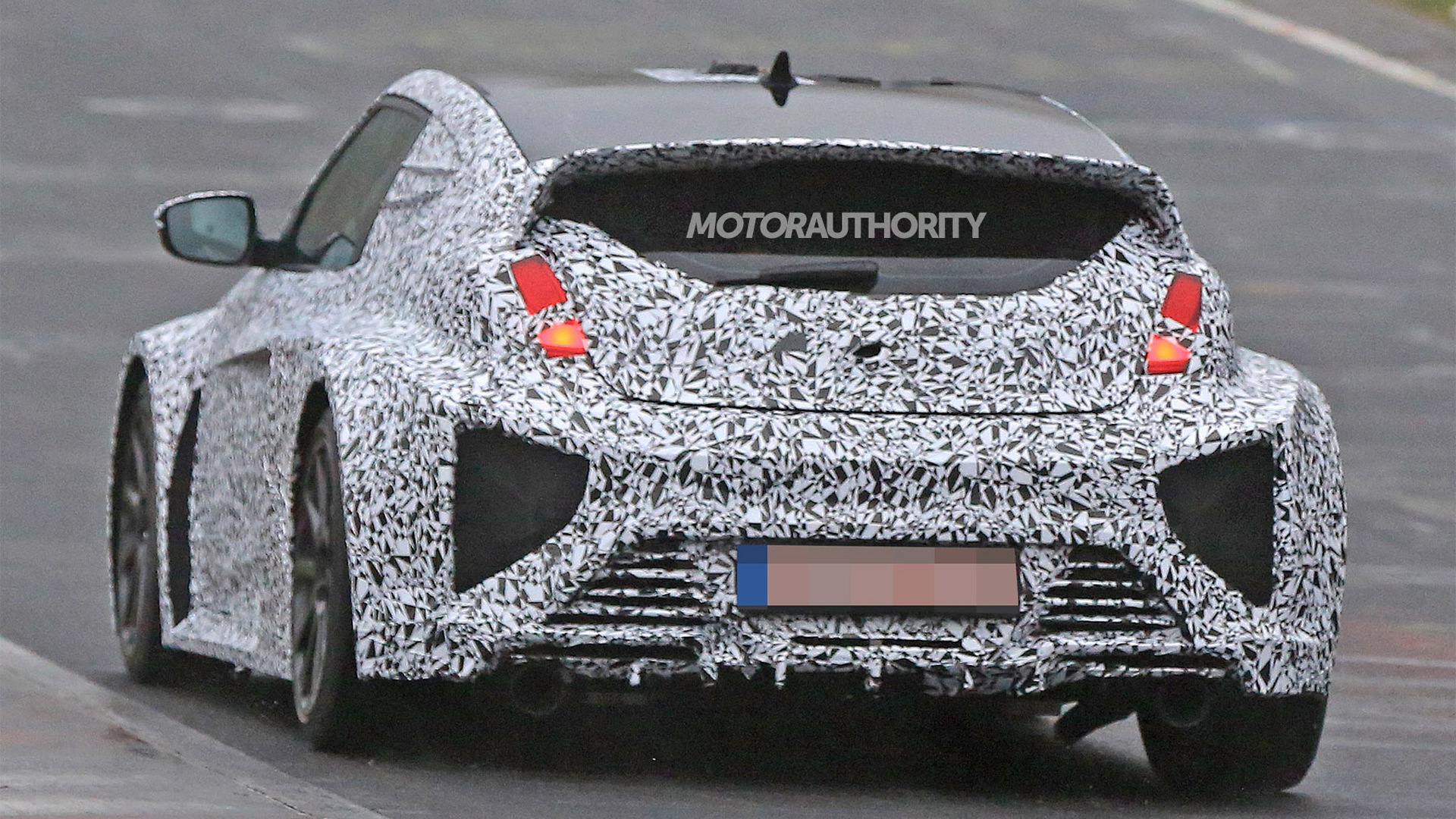 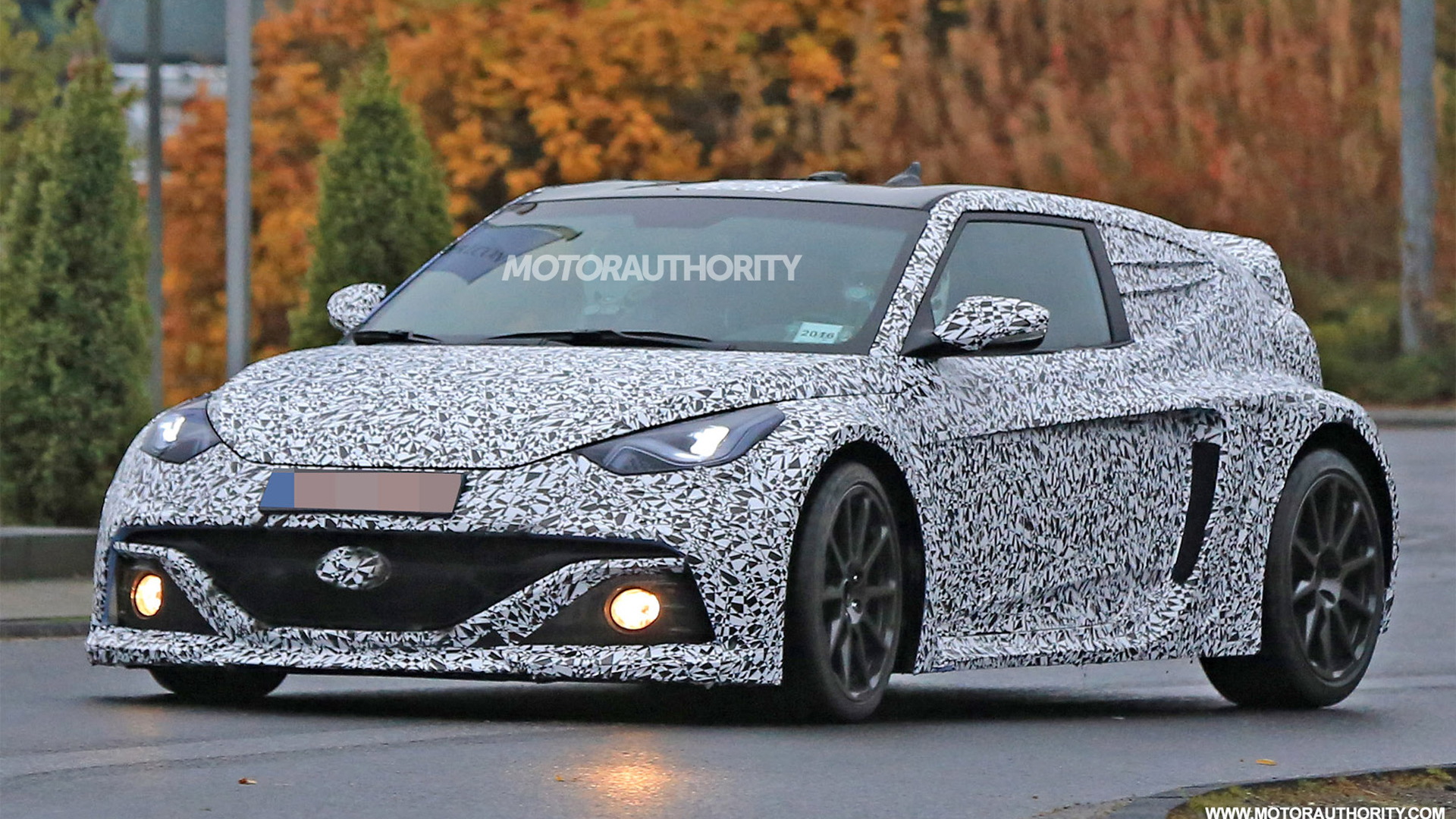 Hyundai’s RM16 N concept unveiled at the 2016 Busan auto show has been spotted testing at the Nürburgring.

The car isn’t destined for production, though. It’s being used to hone the driving skills of the Korean automaker’s engineers as well as test upcoming technologies. Some of those technologies include an electric-aided turbocharger, electronic limited-slip differentials at both axles, an active rear wing, and active seat bolstering.

The RM16 N is the third of Hyundai’s “RM” series of concepts that the automaker has actually shown. It’s based on the Veloster platform but features a mid-engine, rear-wheel-drive layout.

Also unique to the car is its front section, which may just hint at the design of the next-generation Veloster. Hyundai says the design was influenced by aerodynamics, namely the low positioning of the hood, slim headlights and wide air intakes.

Under the hood is Hyundai’s new turbocharged 2.0-liter inline-4, which is set to debut in early 2017 in the i30 N, the first model from the Hyundai N performance division. The i30 N will only have around 260 hp but the engine being tested here has 295 hp on tap.