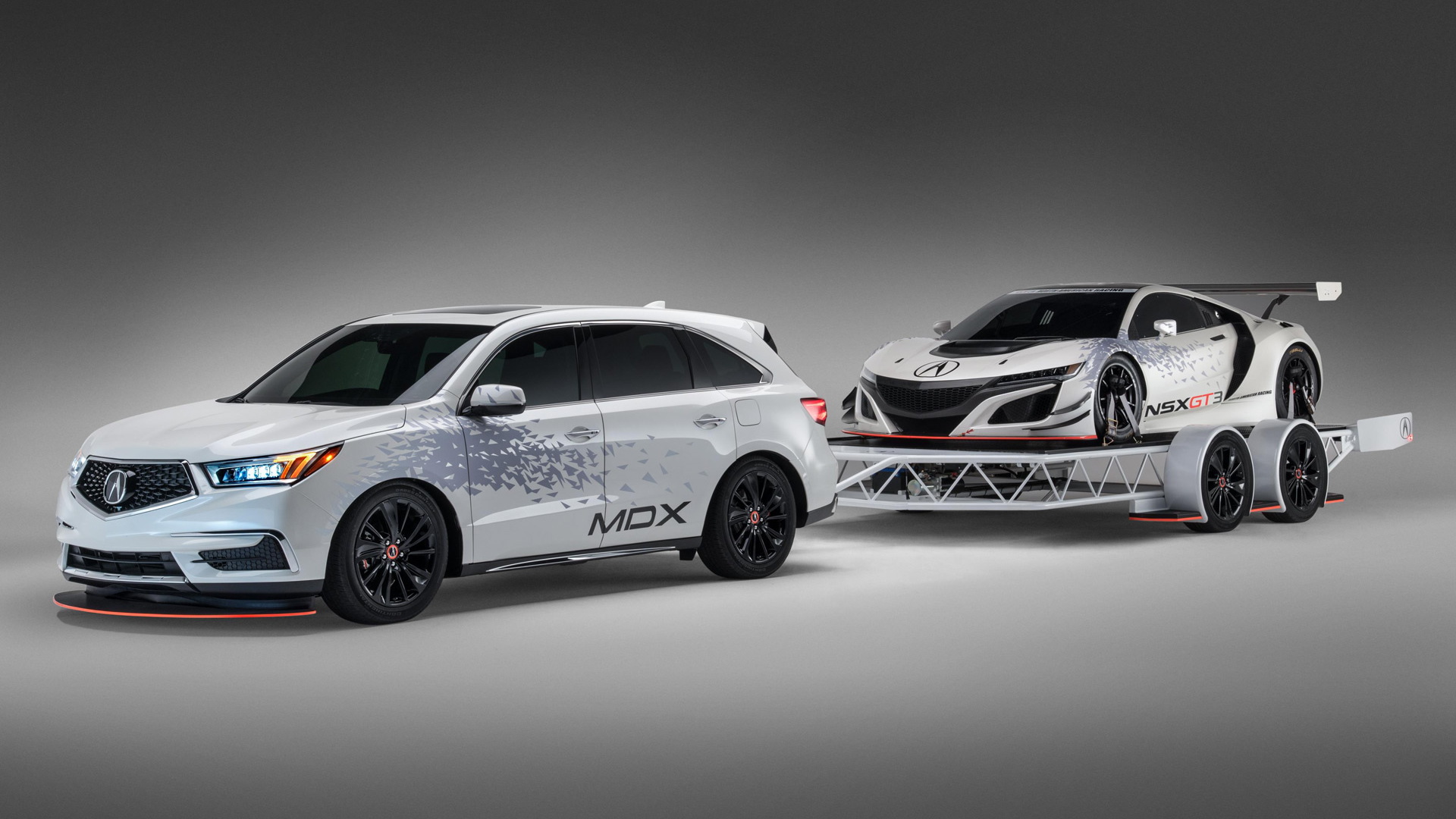 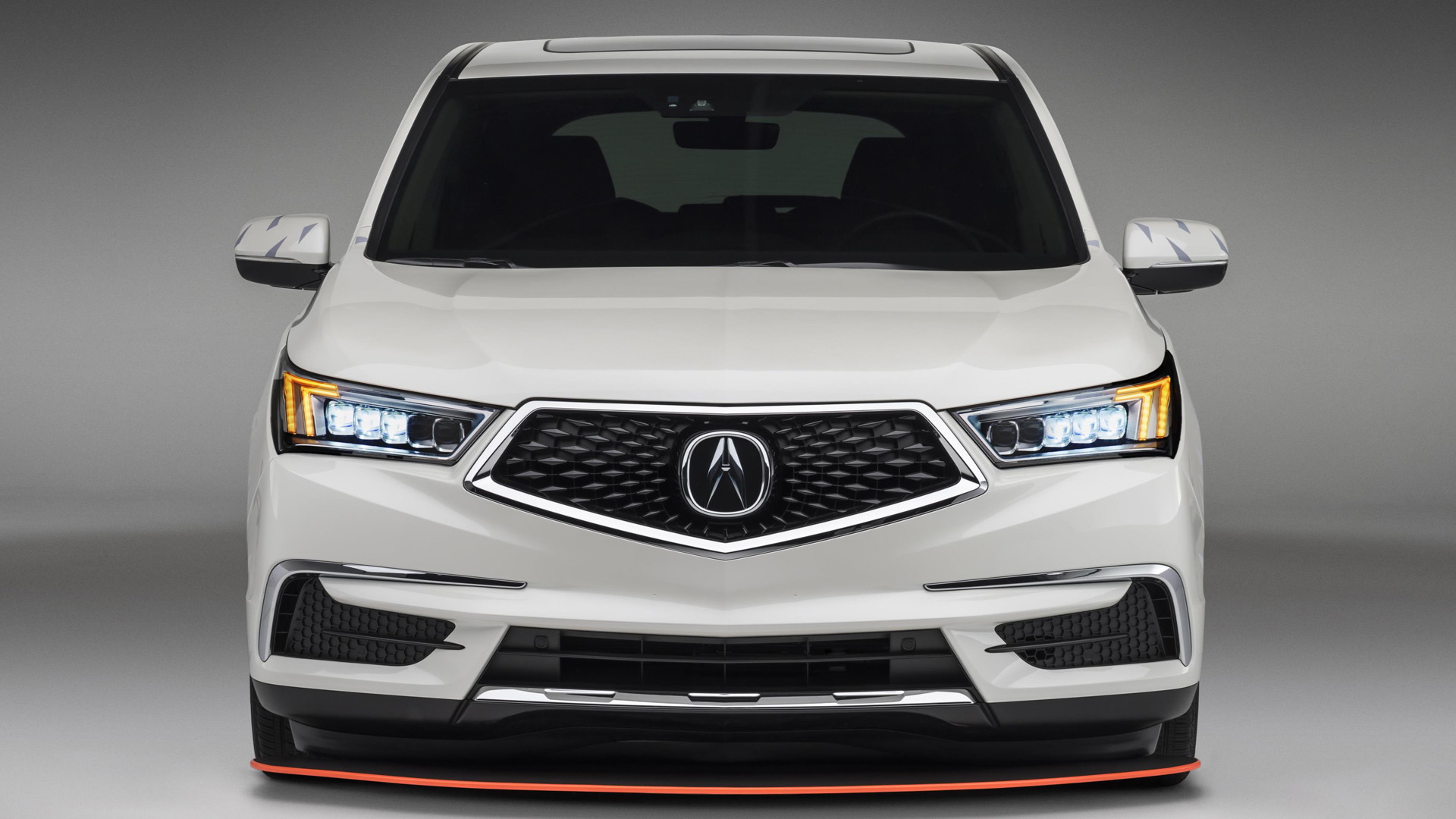 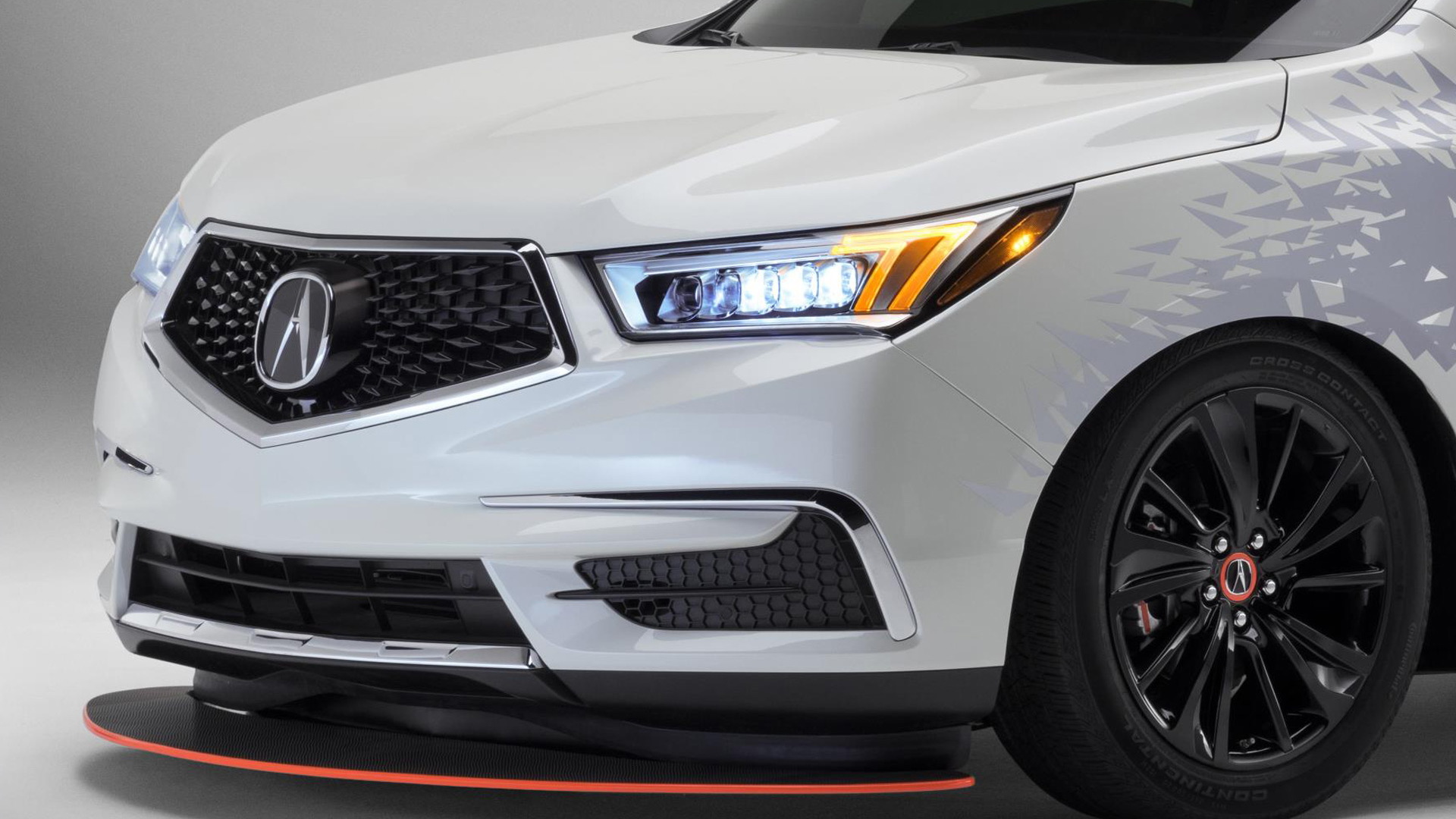 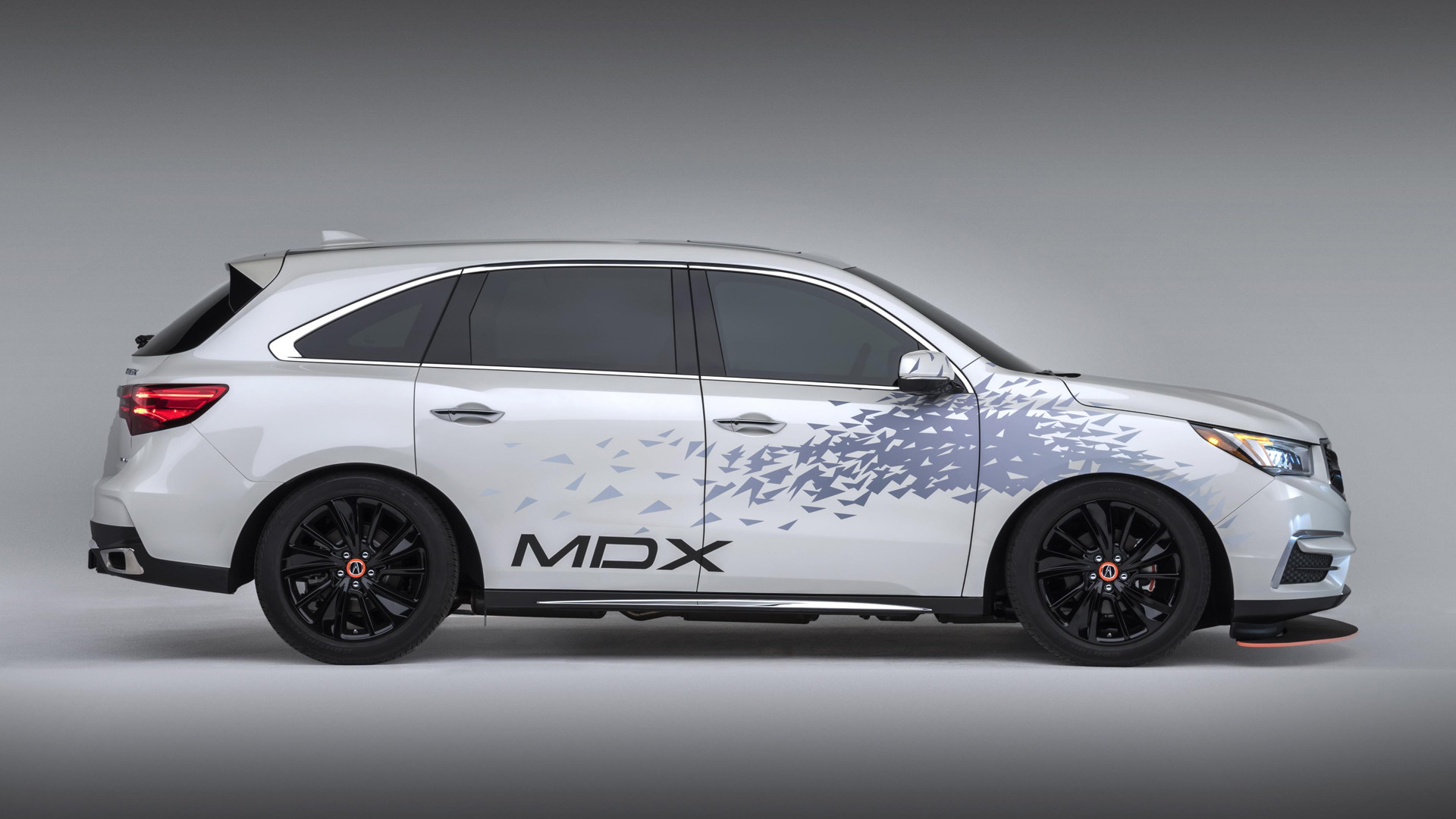 Acura will have a major presence at the 2016 SEMA show, which runs from November 1-4 in Las Vegas. The central theme, Acura says, will be an interlinking of its production models with those from its various motorsport programs.

Directly representing this will be an MDX towing an NSX GT3. The race car will sit atop a custom trailer Acura developed with help from the Jimmy Shine Workshop. It incorporates design elements of both Acura vehicles, including a frame inspired by the NSX GT3's roll cage and 20-inch borrowed from the MDX. The MDX has also been dressed up with an aggressive front splitter.

The NSX GT3 makes its competition debut in 2017, contesting both the IMSA Weathertech SportsCar Championship and the Pirelli World Challenge. At SEMA, Acura, alongside its racing partners Michael Shank Racing and Real Time Racing, will announce its 2017 driver lineup for its respective NSX GT3 programs.

Also on Acura’s stand will be the TLX GT Package. The new package will be available for the TLX following the SEMA show. As the name suggests, its design has been inspired by the TLX GT race car competing in the Pirelli World Challenge. It features an aero kit and custom 19-in wheels.