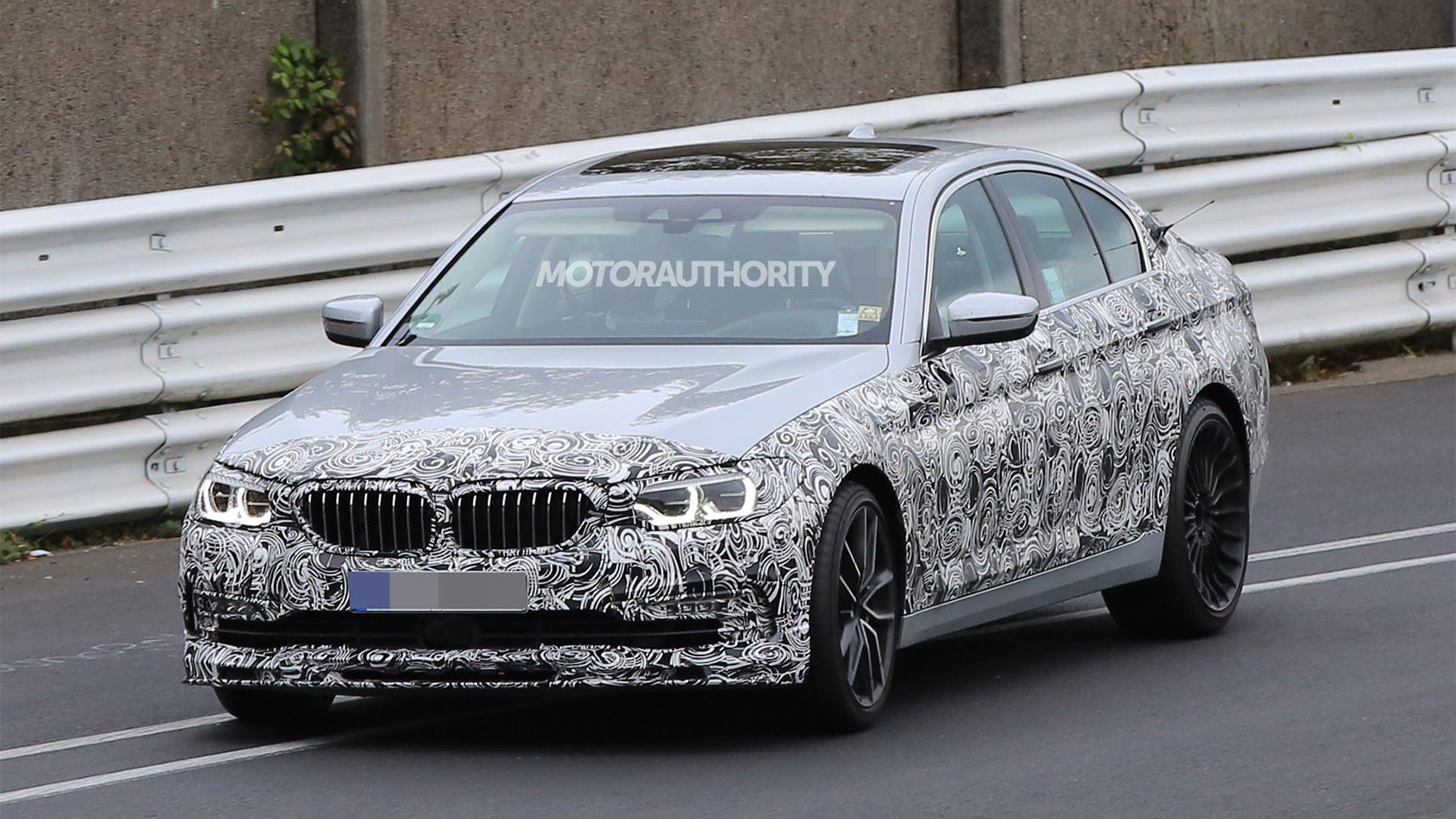 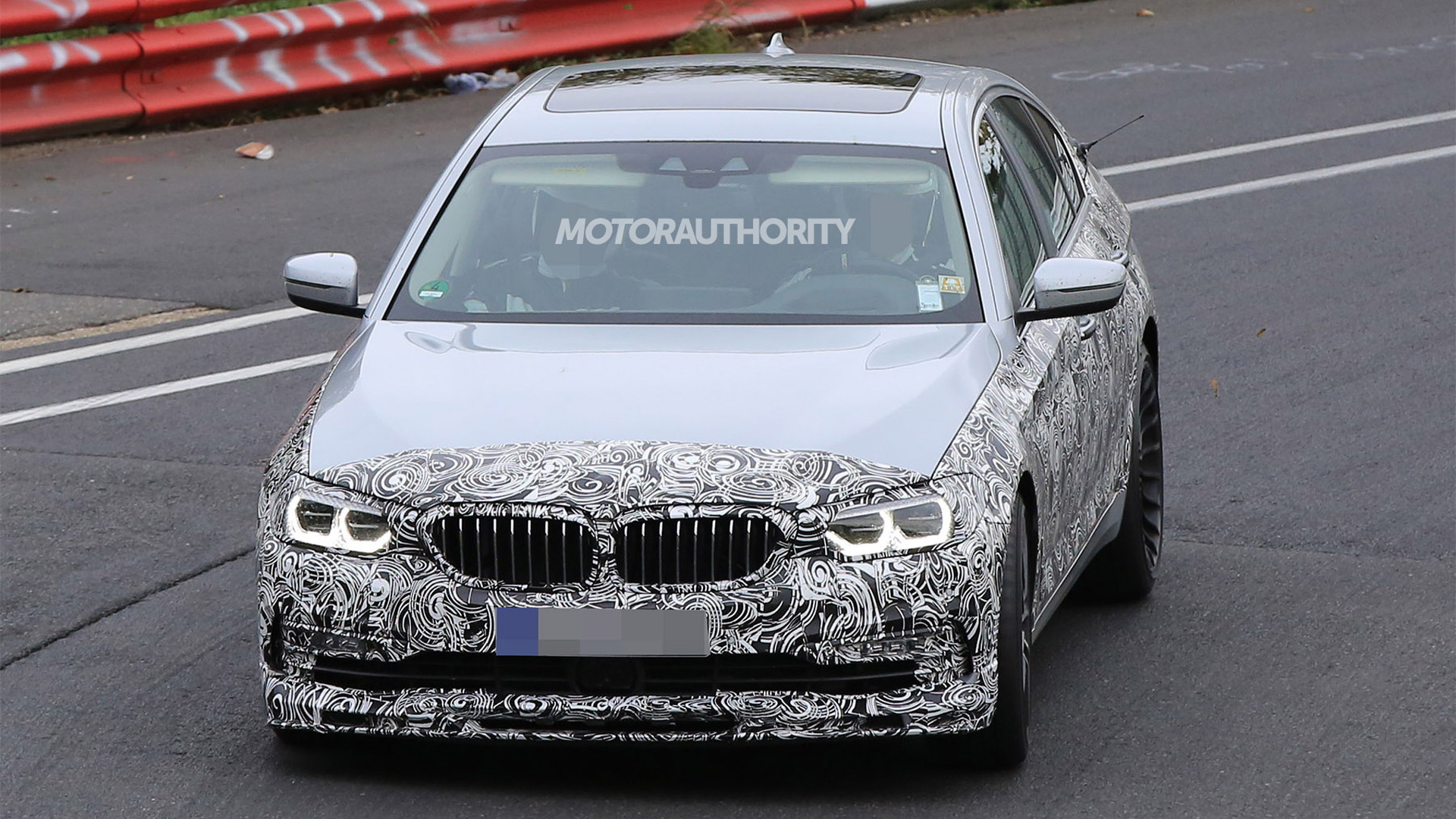 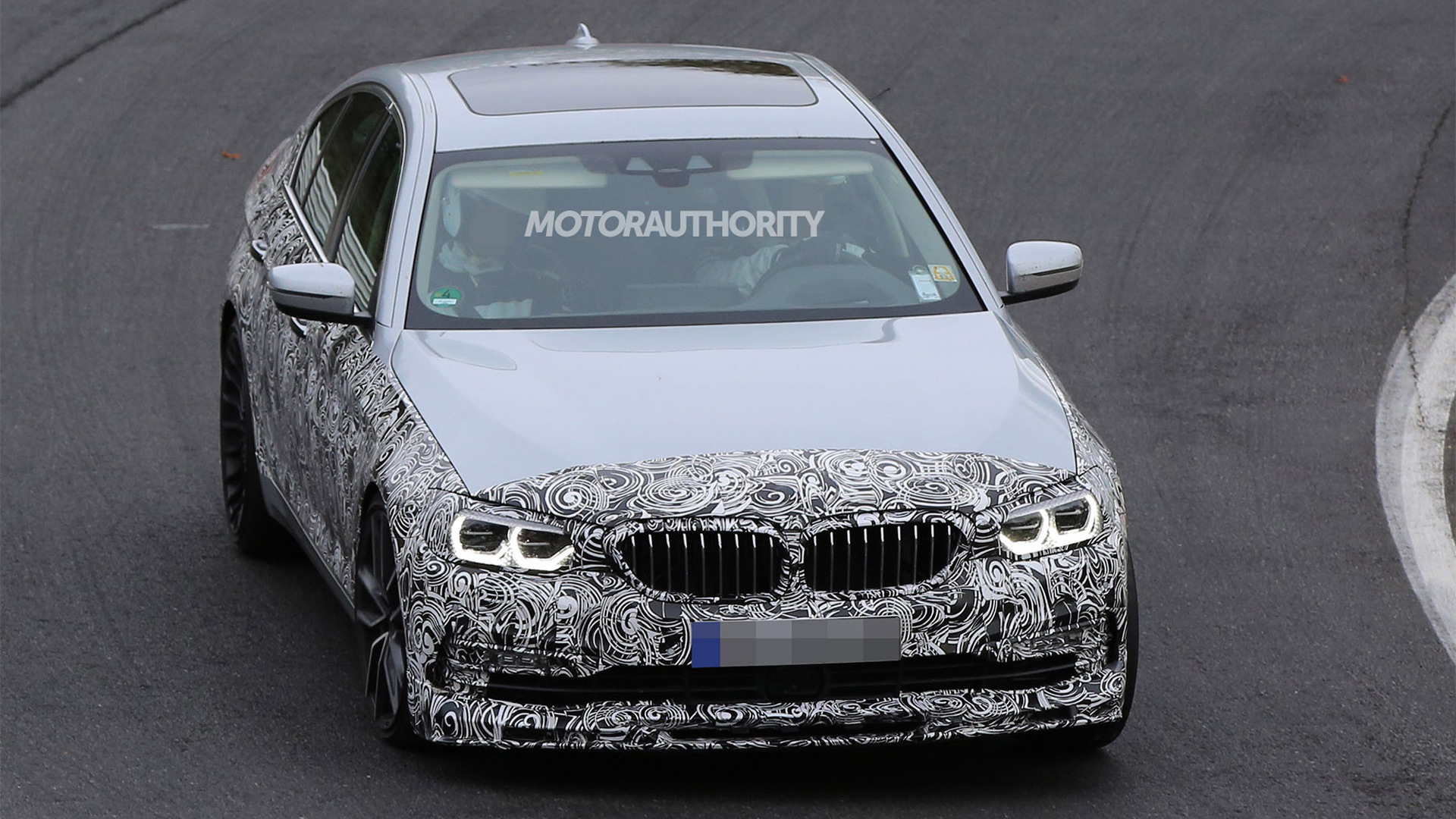 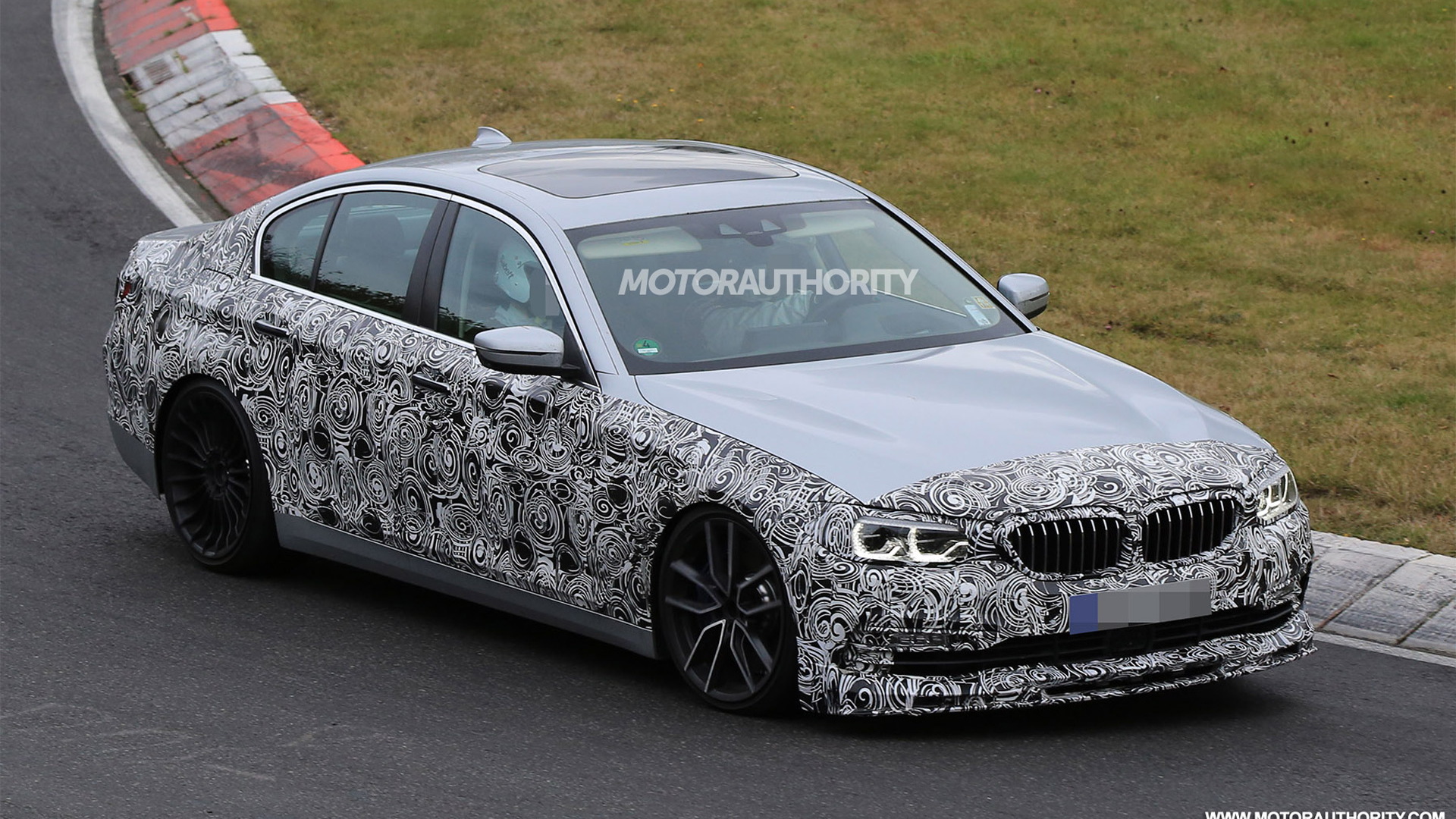 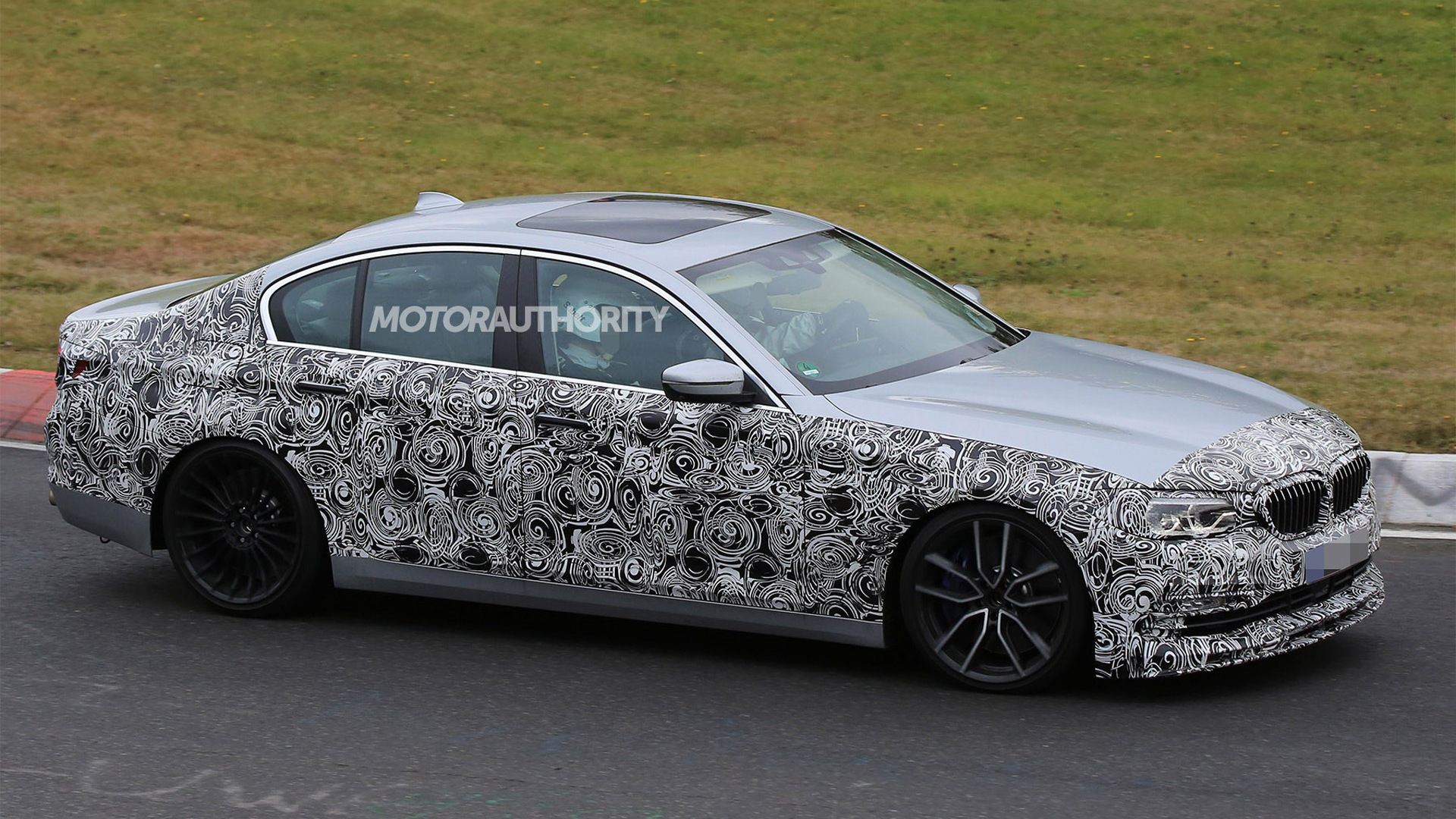 There’s a new  5-Series, and that means we will soon see a new B5 from semi-official BMW tuner Alpina. A prototype for the car has been spotted testing ahead of a likely debut early in 2017.

We know this is the B5 and not just another prototype for BMW’s own M5 because of some signature Alpina design cues such as the wide, horizontal intake up front and multi-spoke wheels.

The previous B5 was never sold in the United States and there’s a good chance the new one won’t come, either. The reason is competition with the M5 as well as a new M550i xDrive M Performance model that we’re expecting as the replacement for the outgoing 550i.

Expect the new B5 to continue with a twin-turbocharged 4.4-liter V-8 matching the 600 hp of the outgoing model. Even with the same output, we expect the new model to better the previous one's 0-62 mph time of 4.2 seconds and 204 mph top speed.

Where the performance gains will come is the lighter weight of the new 5-Series' multi-material construction. Some 5-Series models are as much as 220 lb lighter than the predecessor. The standard 8-speed automatic transmission will also be tweaked for quicker shifts.

Longroof fans will be pleased to know that unlike the M5, which will only be available as a sedan, Alpina's B5 will also come in B5 Touring wagon form.