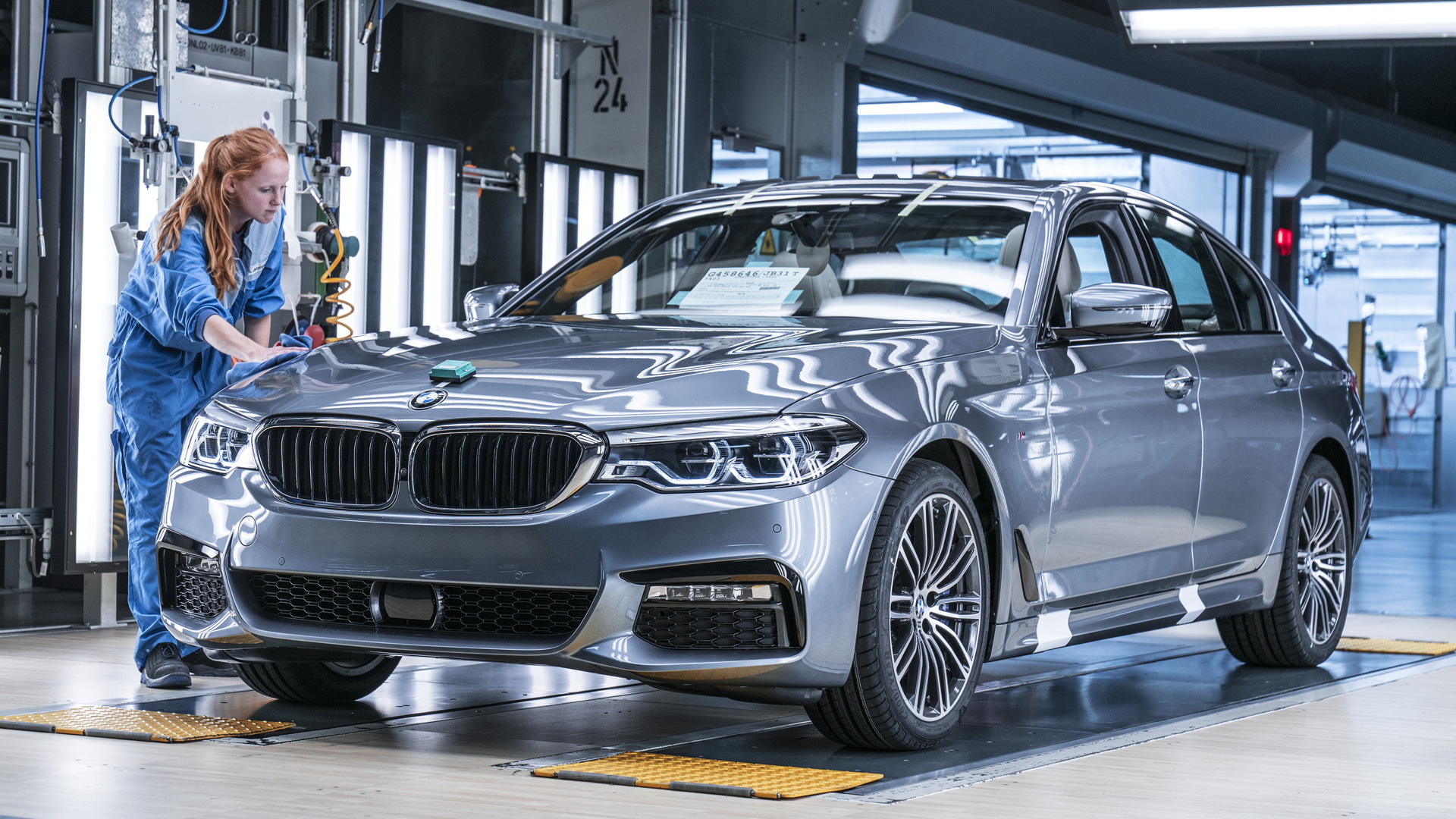 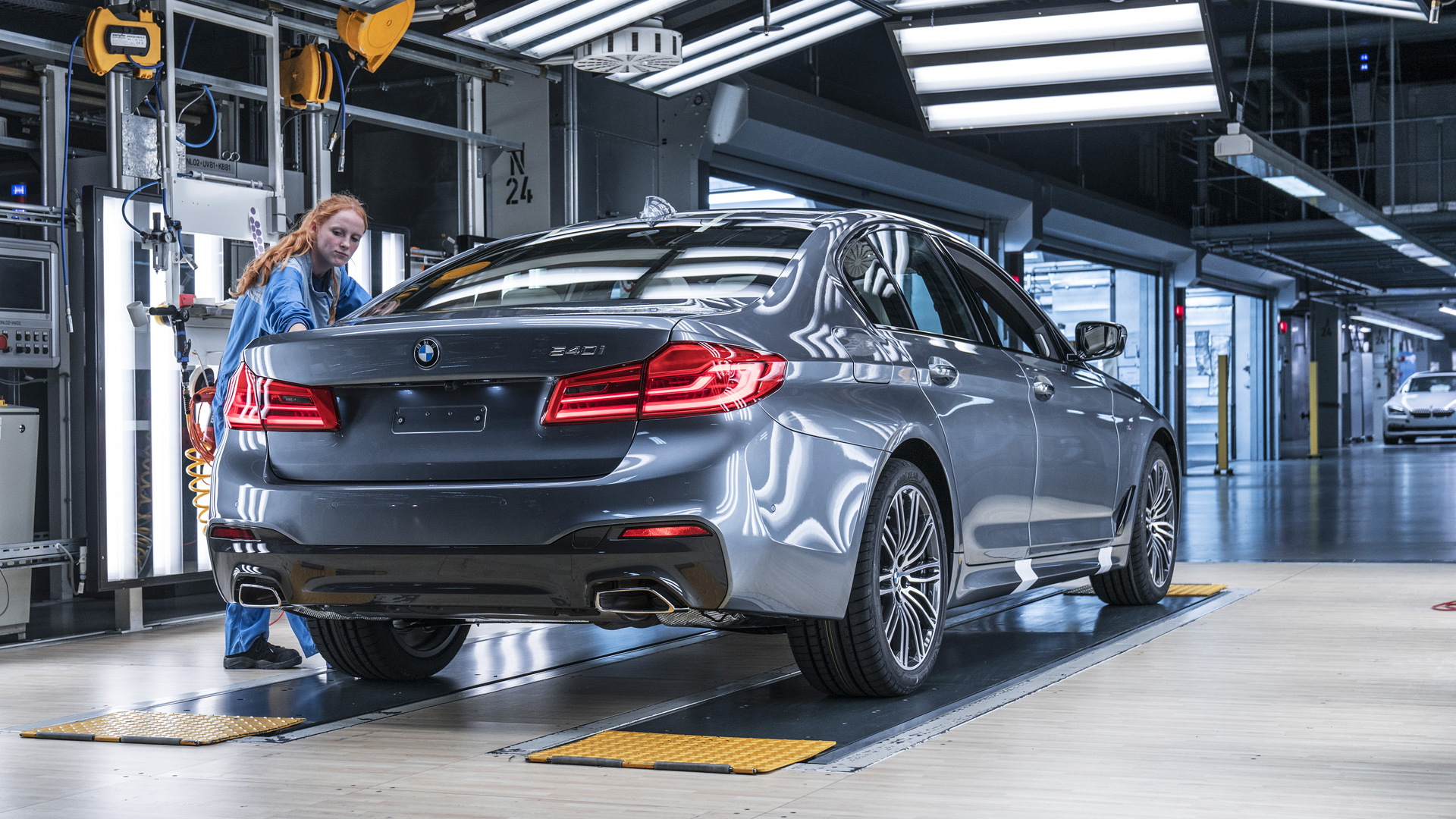 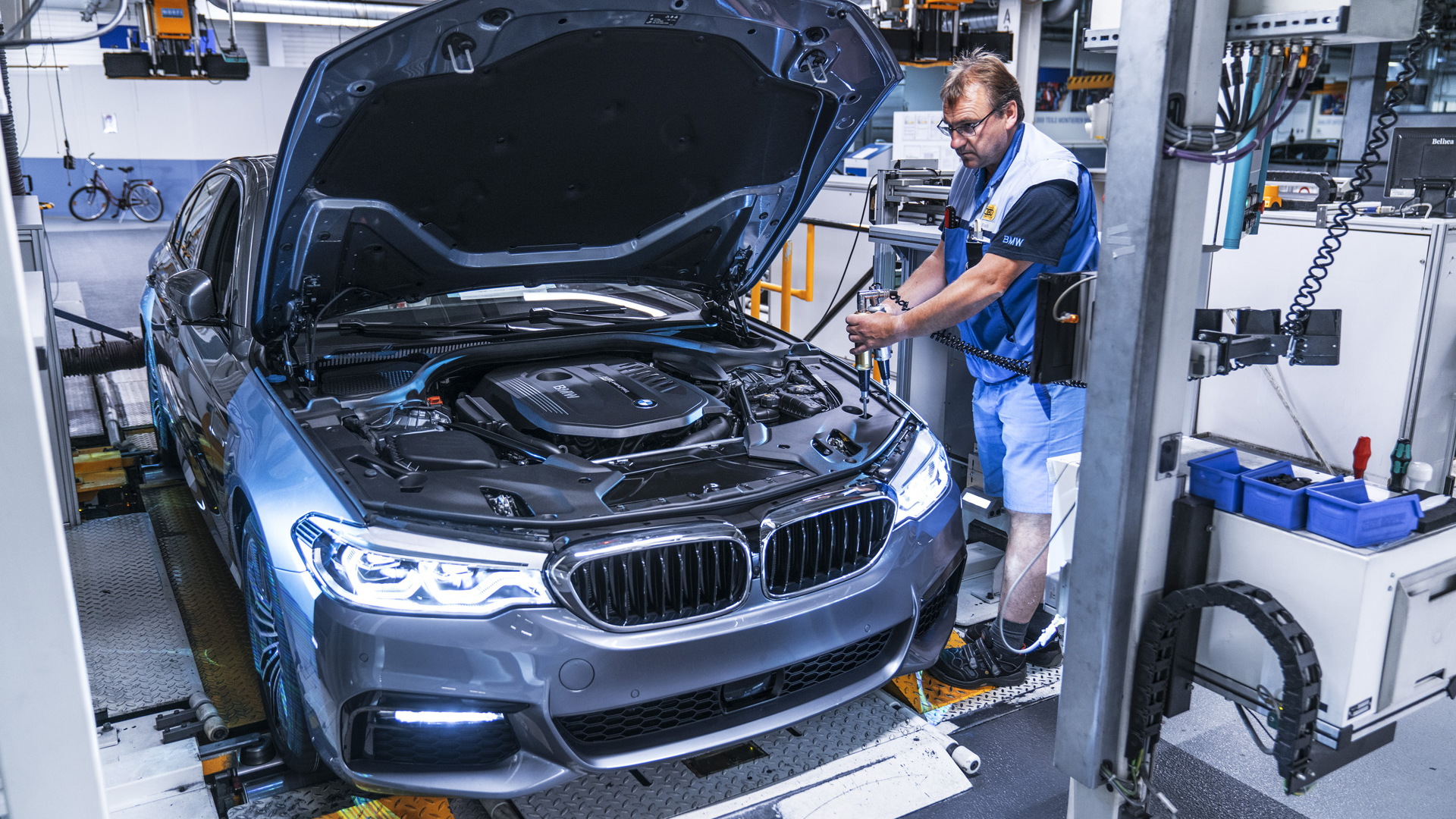 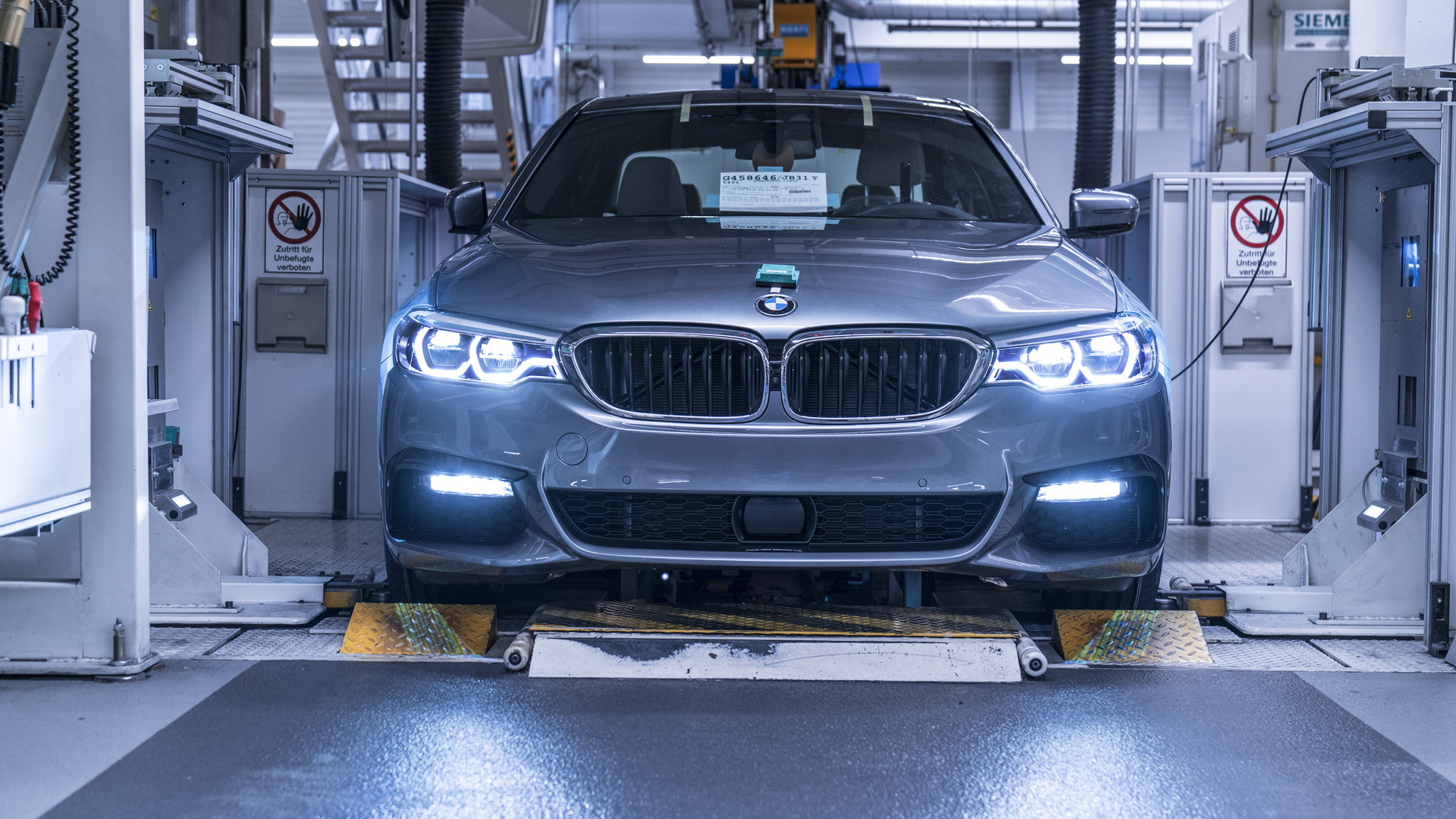 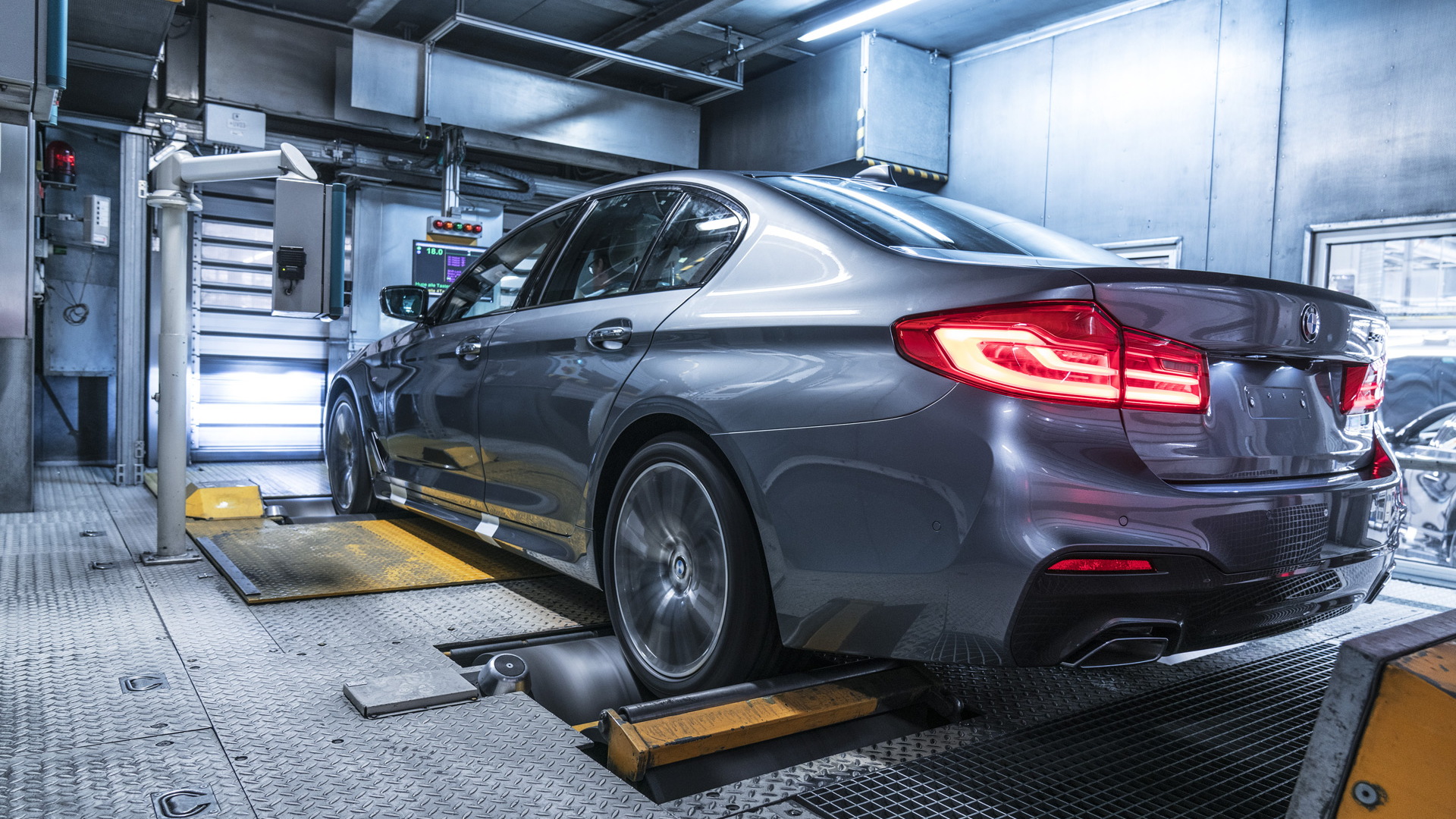 BMW on Wednesday took the wraps off its new, seventh-generation 5-Series sedan. The car is lighter, more dynamic and loaded with more tech than its predecessor and should prove a hit when it arrives on the market in the spring of 2017.

Production is already underway at BMW’s main plant in Dingolfing, Germany. Some production will also be outsourced to Magna Steyr this time around since the Dingolfing plant is already at full capacity, churning out around 350,000 vehicles per year. Some 5-Series will also be built in China for the Chinese market.

The new 5-Series is the second model to adopt BMW’s modular CLAR platform that debuted in the 2016 7-Series. The version of the platform in the 5-Series misses out on some of the carbon fiber-reinforced plastic of the 7-Series, but it still helps the car shed as much as 220 pounds compared to its predecessor. The lightest version in the United States will be the 530i, which tips the scales at 3,746 lb, or 137 lb less than the 528i that it replaces.

To get the weight down, the CLAR platform relies on multi-material construction, including aluminum, high-tensile steels and magnesium. Large load-bearing members, and strategic use of high- and ultra-high-strength steels in the roof, side members and rear, give the body high structural strength. Meanwhile, the hood, trunk lid, engine cross-member, rear side-members, roof and doors are constructed from aluminum. In addition, the use of hot-stamped steels, aluminum alloys and multi-phase steels in the safety passenger cell provides high rigidity. And finally, magnesium is used for the instrument panel support.

The result is that weight has not only been reduced but body strength and torsional stiffness have been increased. The design of the platform also allows for a low center of gravity, which should help with the sporty feel the 5-Series is renowned for. Weight distribution on most models remains close to the ideal 50:50 split.