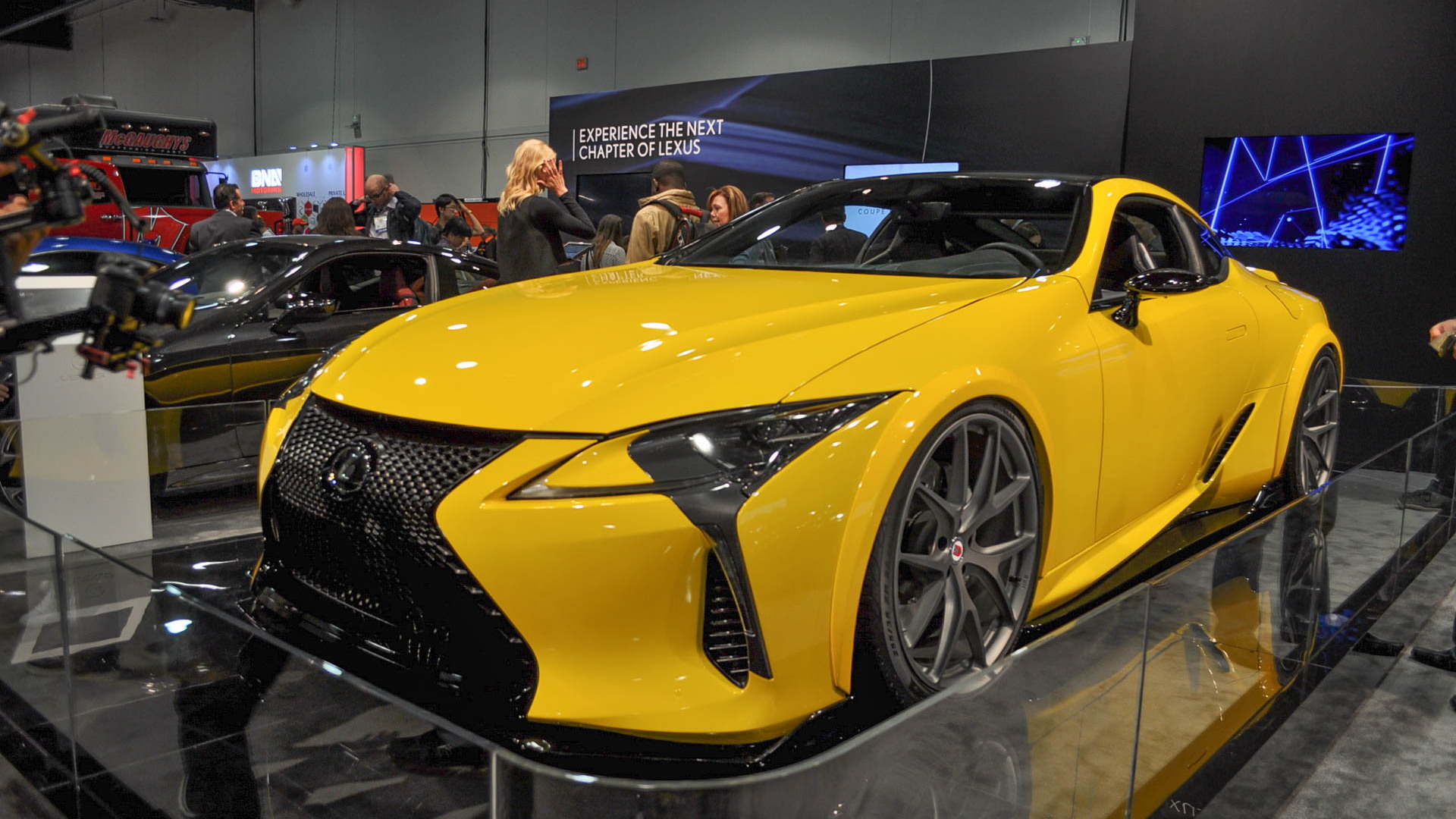 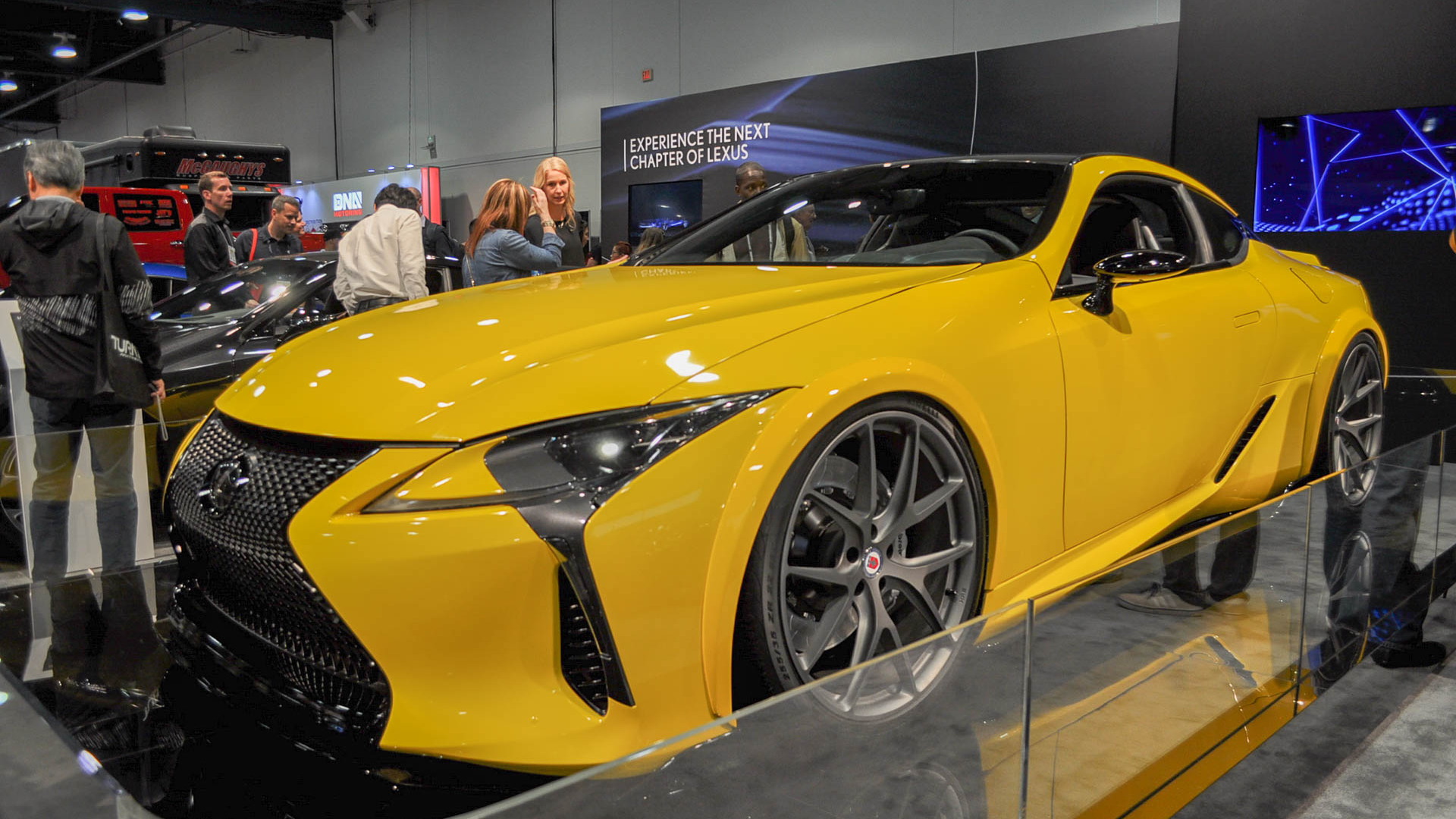 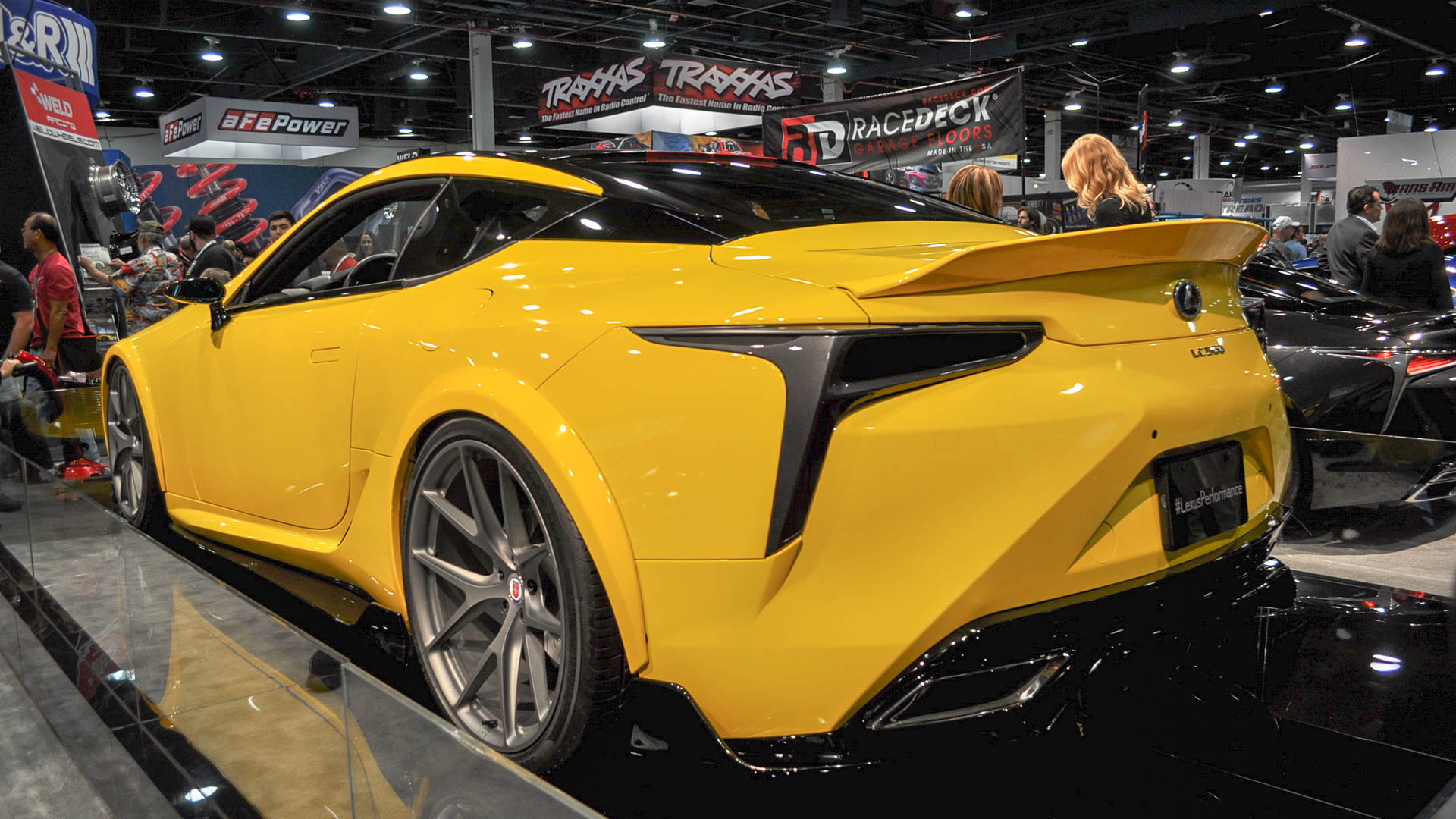 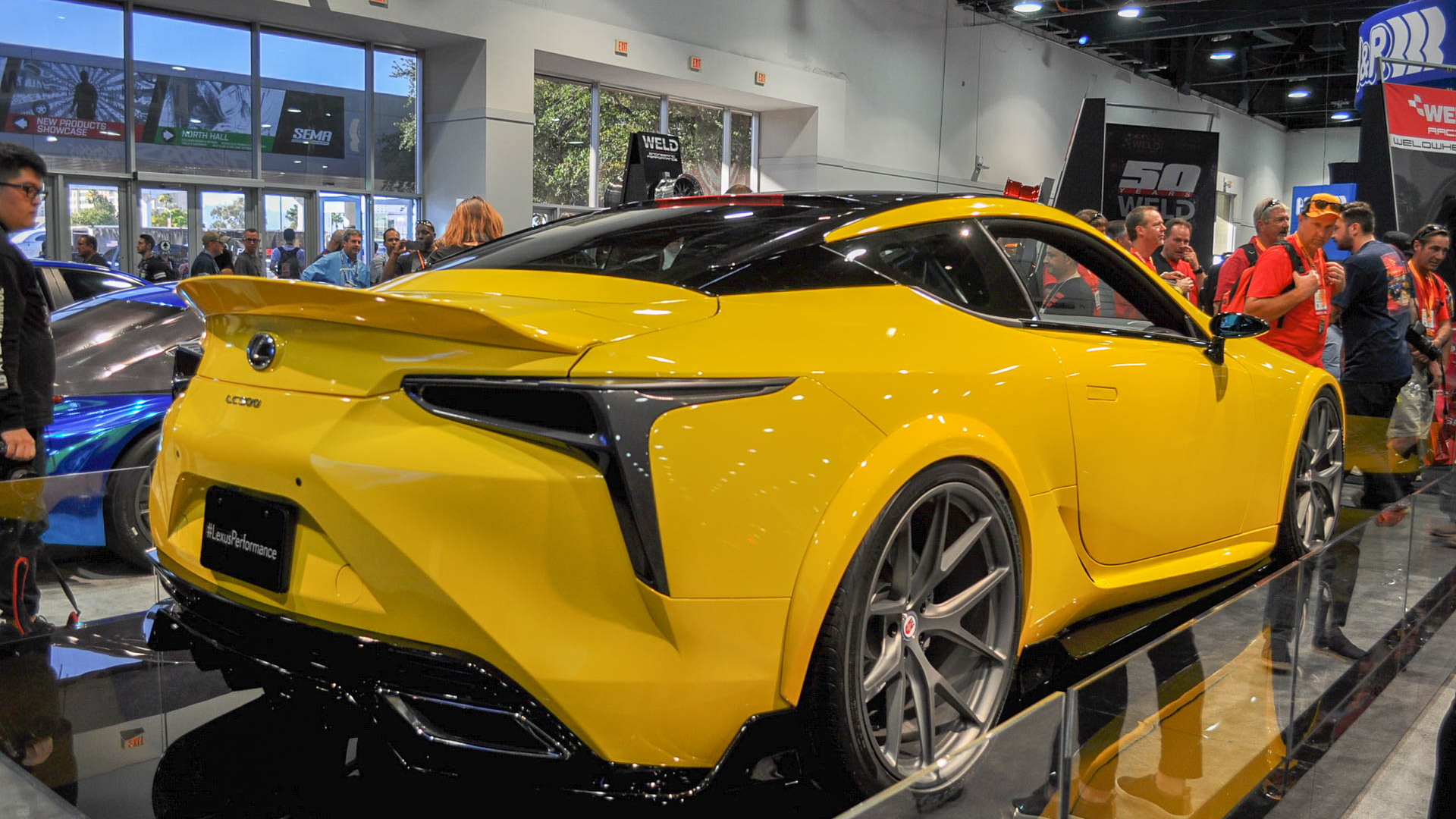 Lexus on Tuesday unveiled the first modified version of its upcoming LC coupe during the 2016 SEMA show.

The LC isn’t due in showrooms until early 2017 so the tuning firm responsible for the SEMA show car, Beyond Marketing, were given early access to a pre-production example. Overseeing the design were DSport magazine and Beyond Marketing’s Gordon Ting.

That pre-production example is an LC 500 variant that normally comes with a 471-horsepower 5.0-liter V-8. This one, though, has an enlarged version of the V-8 now displacing 5.6 liters and spitting out 525 hp.

Normally, enlarging an engine can hurt its ability to rev. Not so here as the LC 500 show car’s V-8 still screams to 9,000 rpm. The tuners increased the cylinder bore to 99.5 millimeters, up from 94 mm, and swapped out the standard pistons and connecting rods for tougher pieces.

The engine work was performed by Magnus Ohlaker, who has 20 years of experience building championship winning Formula One and Indycar engines. According to Lexus, with the modifications, the engine could now safely handle double the stock 471-hp power rating.

The theme of this build was a road car inspired by the LC500 Super GT racer. In addition to its tweaked engine, the car also adopts a custom body kit as well as uprated wheels, suspension and brakes. The body kit features custom fender flares, a front diffuser, side skirts, a rear diffuser and rear wing. And those pumped flares are filled with 22-inch HRE wheels wrapped in Pirelli P Zero Nero tires and housing a Brembo brake package. The suspension comes from the experts at KW.

Many of these items, including the body kit, are expected to be available when the LC goes on sale.