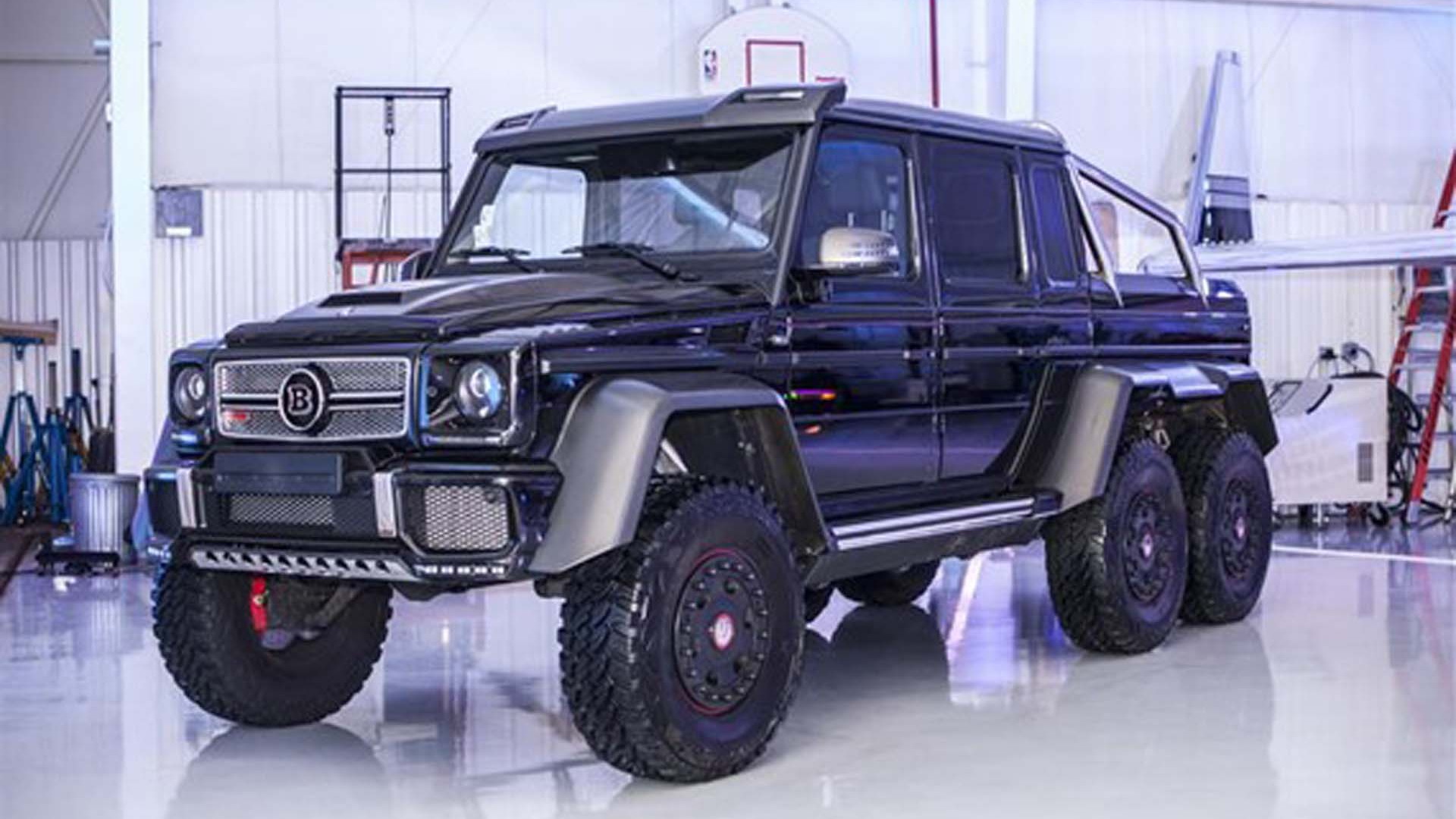 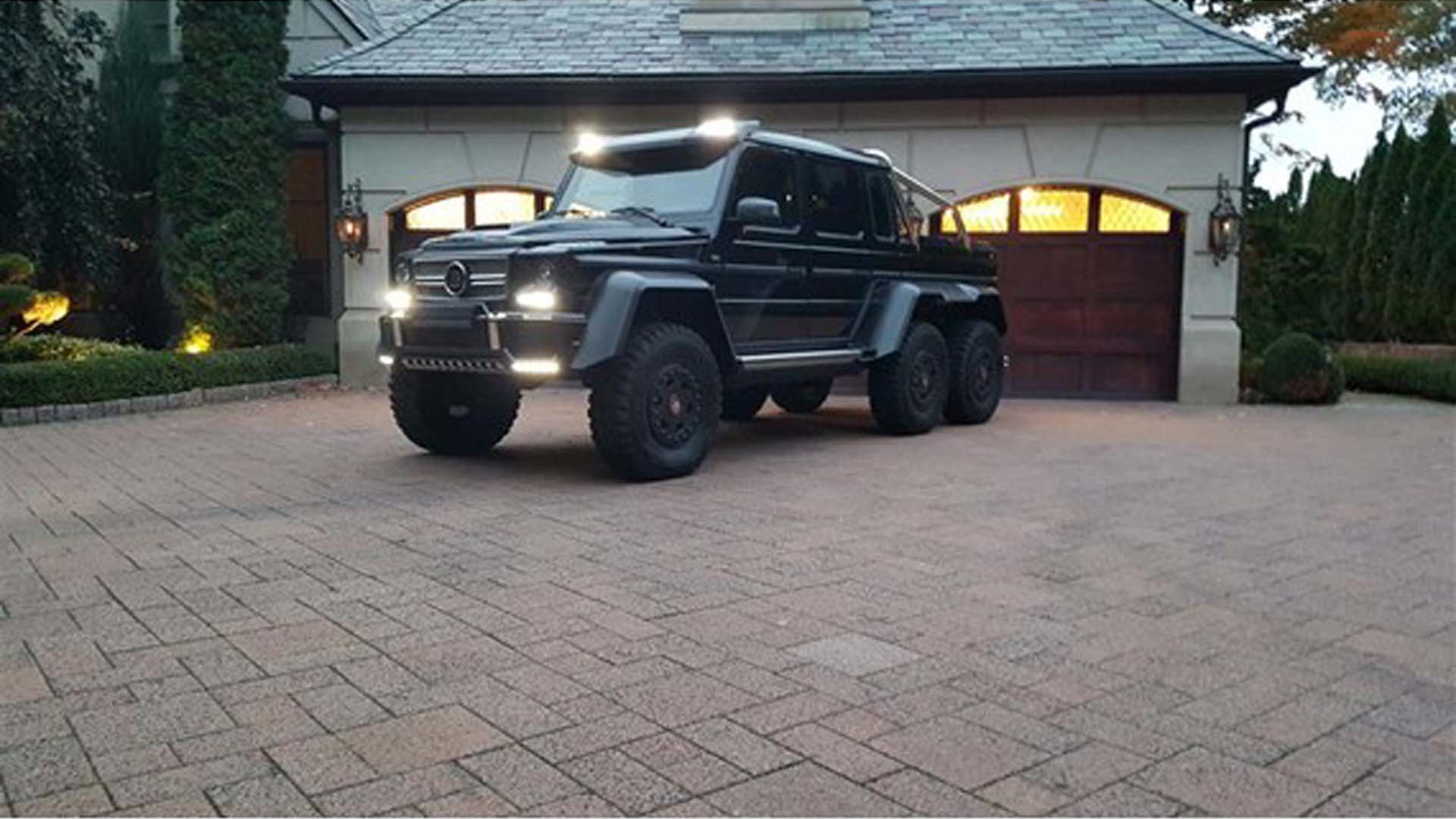 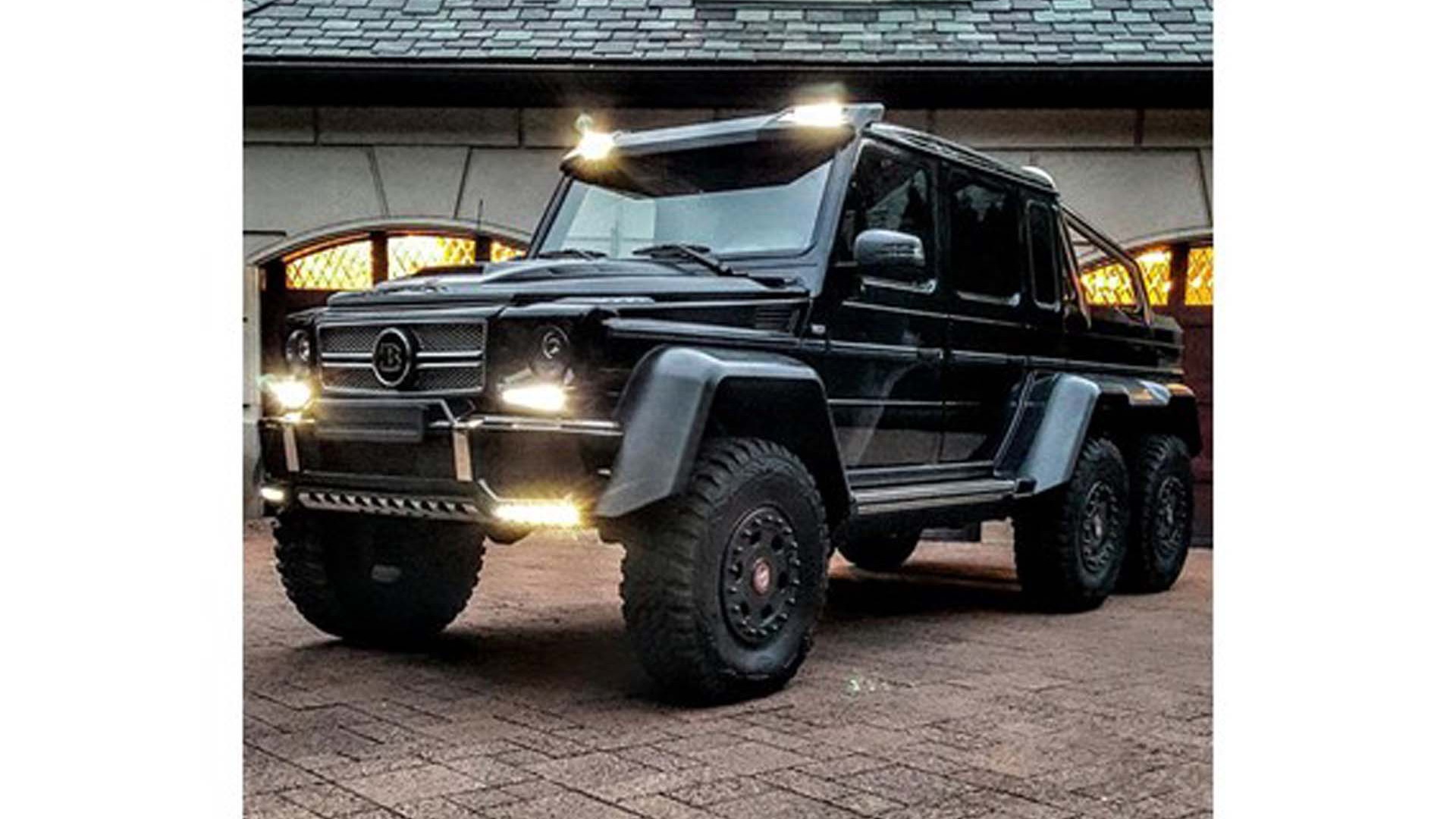 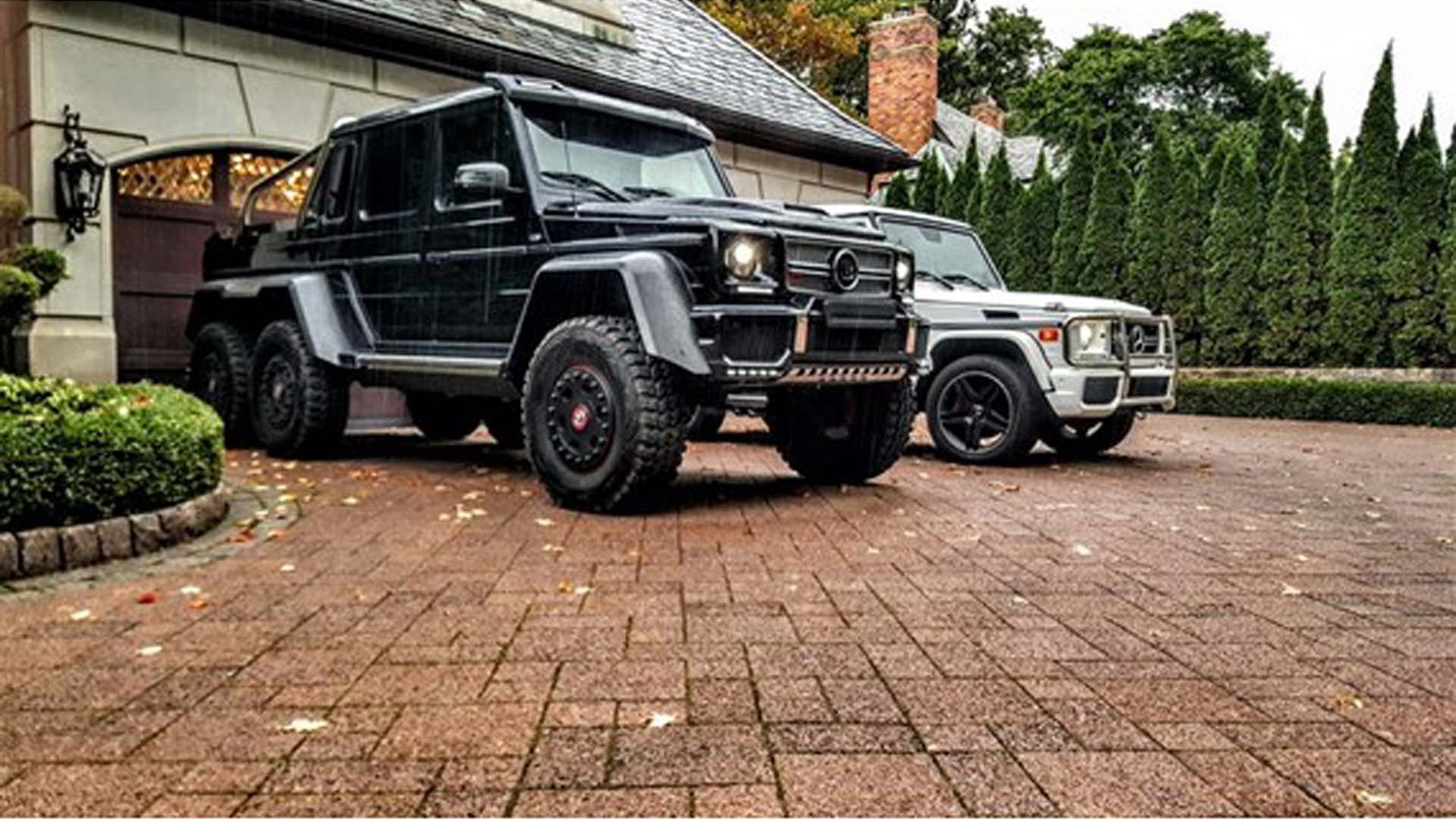 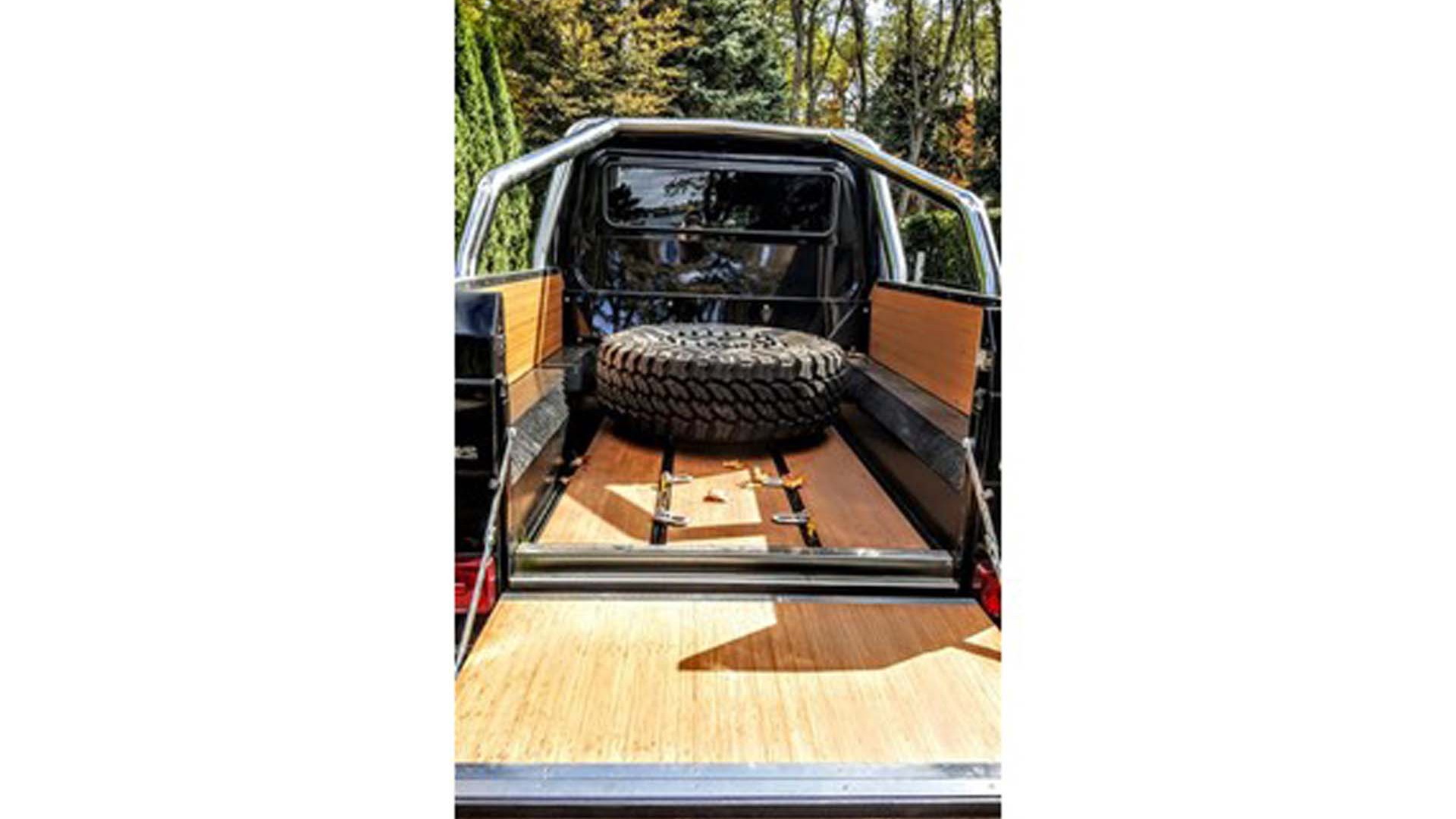 If you want to have the most ridiculous ride in the Starbucks parking lot, or at your local Cars & Coffee, here's your chance. A Mercedes-Benz G63 6x6 is for sale for $1,349,999. What's more, it's in the U.S., which is rare since it wasn't really sold in the U.S. market.

This particular 6x6 has been cranked to 11 by the team at Brabus. Output is increased to 700 horsepower and 708 pound-feet of torque courtesy of two Brabus turbochargers with a higher compression ratio than stock, gold heat reflection for the intake and boost tubes, and a Brabus tune.

Everything you would expect to find on a non-Brabus G63 6x6 is still here. Among these features are the 18-inch Hutchinson two-piece alloy wheels with bead lock, locking differentials with three transfer cases, and secondary fuel tank.

The mileage on this thing? A mere 3,000 according to the listing on DuPont Registry.

Any opportunity to buy a G63 6x6 shouldn't be taken lightly, as all these beasties were sold out more than a year ago. The only way you're buying one? The open market.

Of course, if you missed out on buying one or simply can't swing $1 million-plus for the six-wheeled destroyer, there are other options, few as they might be. Hennessey will be happy to take your money and sell you a 600-plus-horsepower F-150 Raptor 6x6 for $317,000. That's not exactly chump change, but it's a whole lot cheaper than $1.35 million.