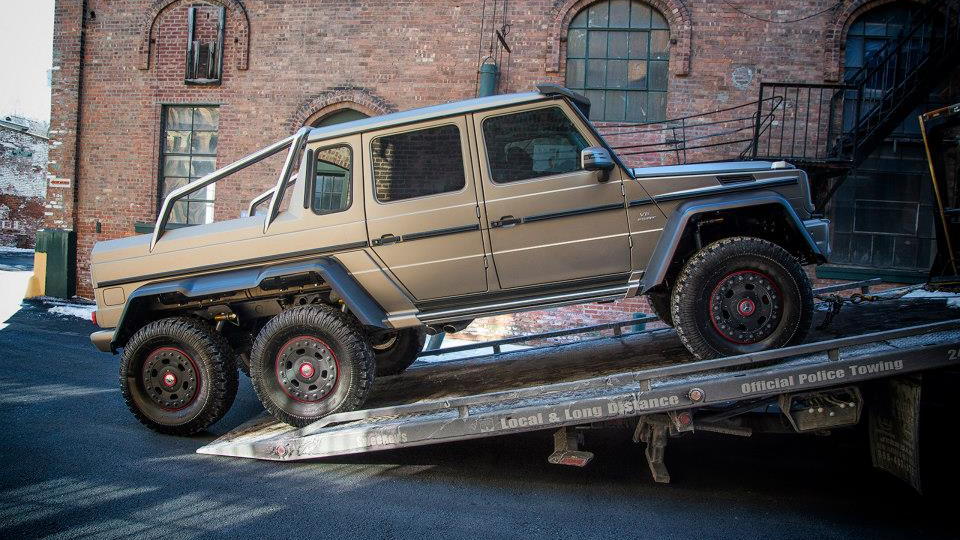 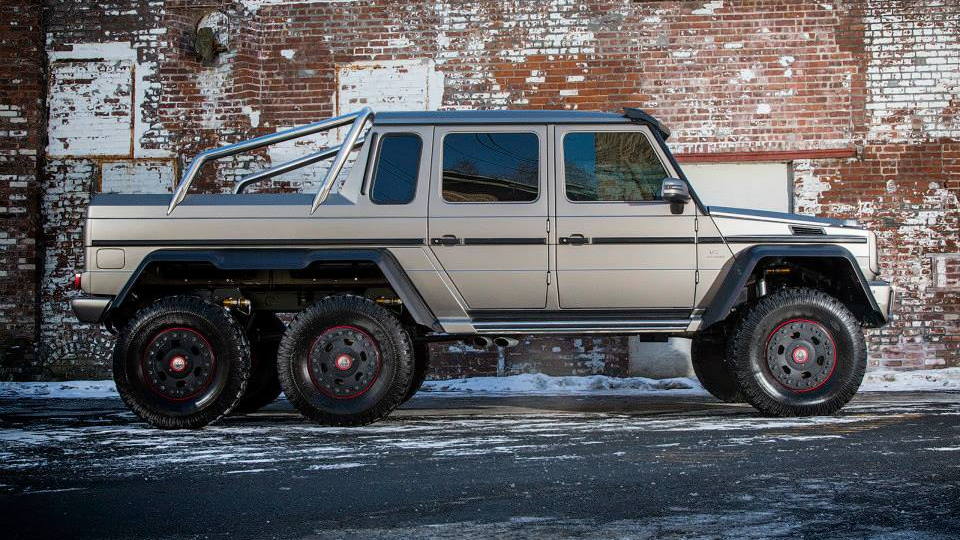 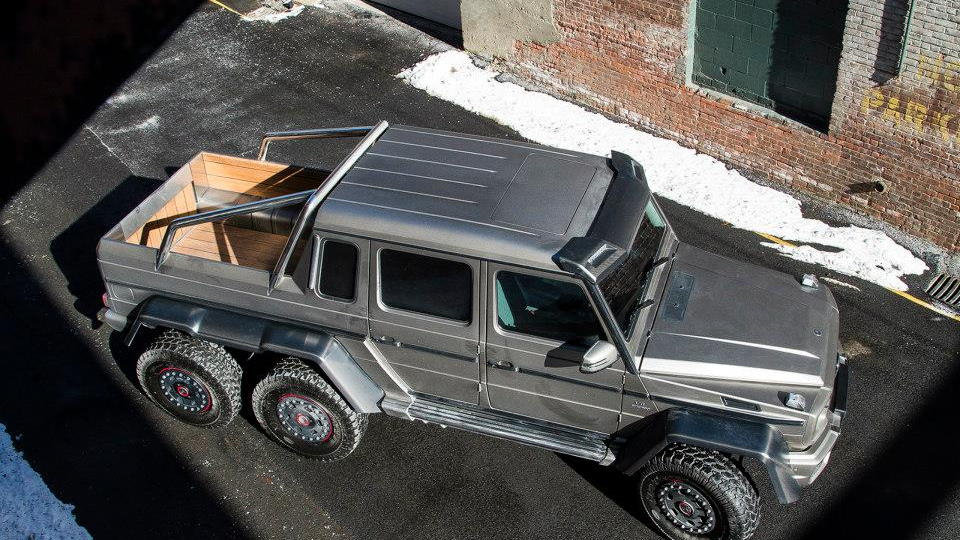 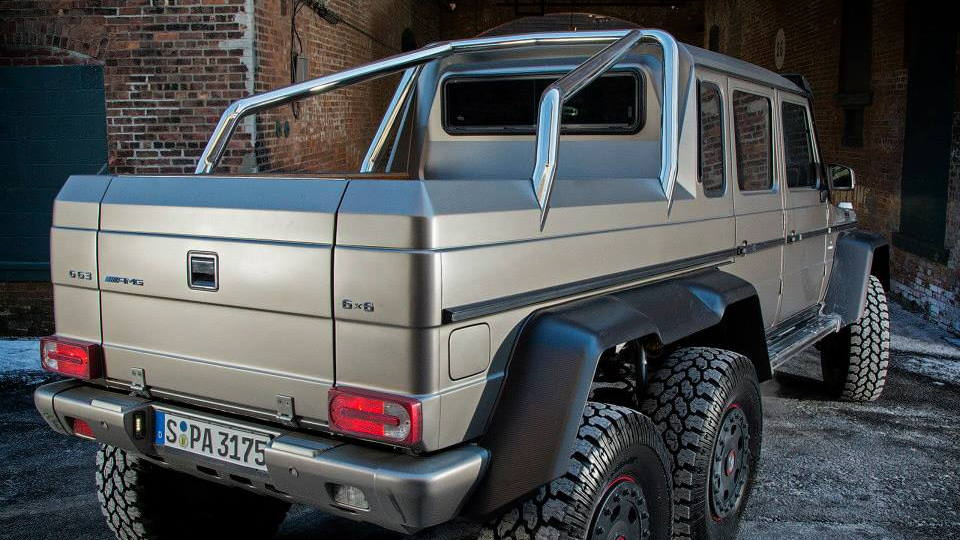 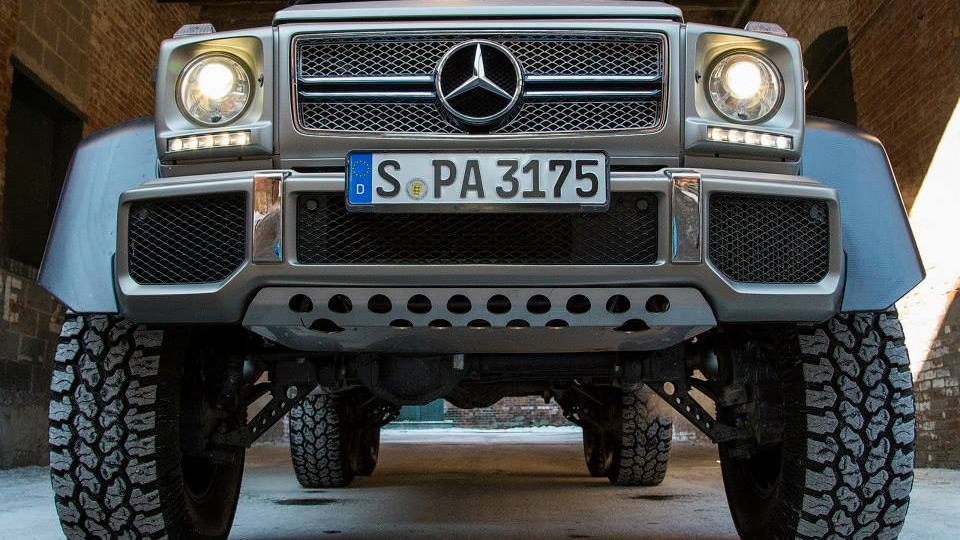 17
photos
Originally, the plan was to build about three to four of these monstrosities. That number was bumped up to a figure between 20 and 30 units per year, which isn't bad when you consider we're talking about a beastly behemoth of a machine that costs nearly $500,000. It's the Mercedes-Benz G63 AMG 6x6, and there's one roaming around the Northeast of the United States at this very moment.

We say roaming, but perhaps stalking is a better word. After all, what else do you do with such a vehicle but stalk out parts of the world that would otherwise be inaccessible.

The Mercedes-Benz G63 AMG 6x6 very clearly boasts a half dozen drive wheels. Those wheels are fed power by way of a twin turbocharged 5.5-liter V-8 engine, which produces 540 horsepower and 560 pound-feet of torque. That is enough go juice to push the rig from 0-60 miles per hour in just 7.8 seconds. That's a blistering pace for a vehicle that weighs over 8,300 pounds.

What is it doing here? We have no idea, but we're certainly jealous of whoever is getting the seat time in the snowy sections of the country. For those of you in the Northeast, keep your eyes peeled for this bad Benz. Well, just keep your ears open... you'll surely hear it coming from miles away.