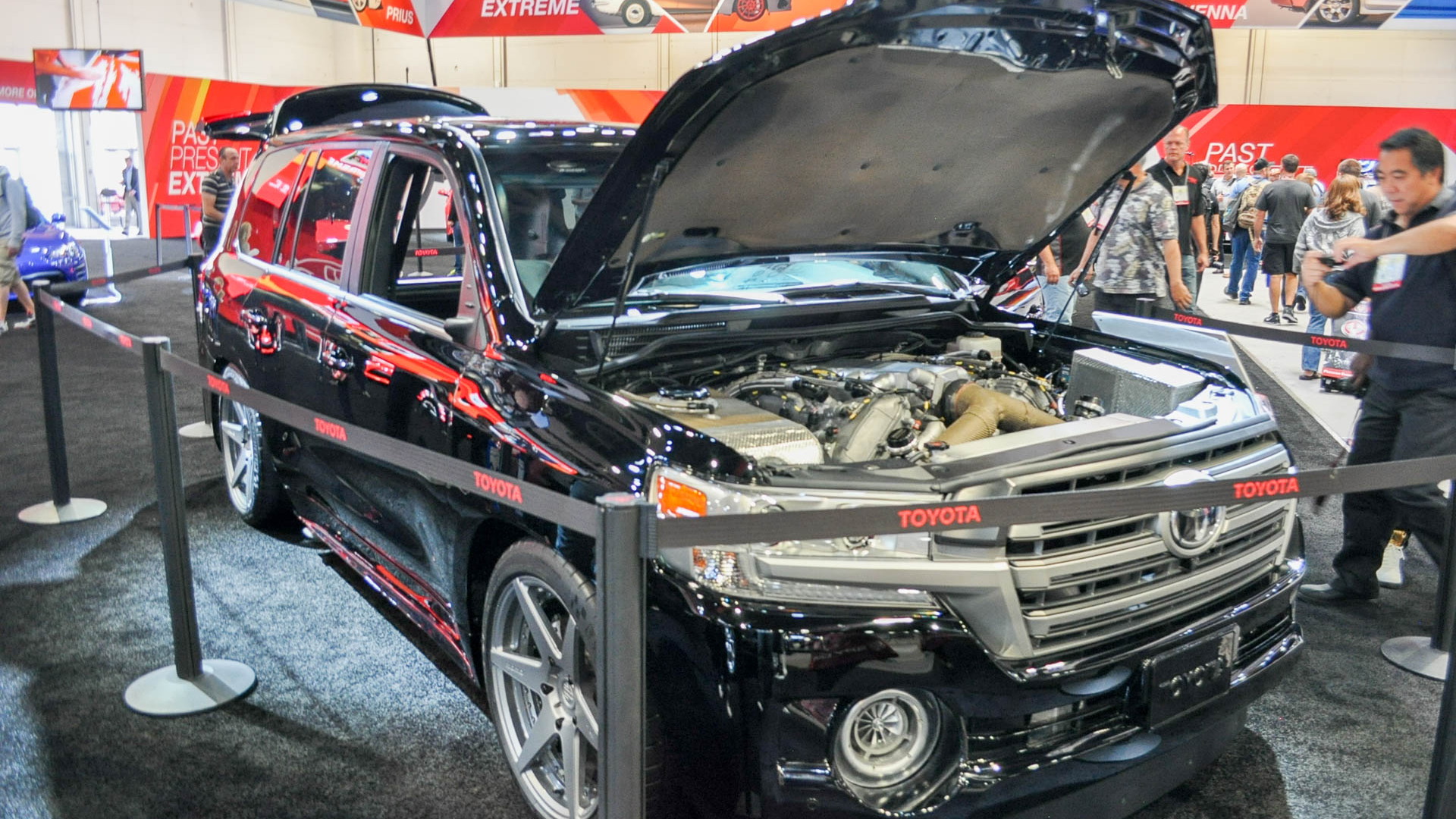 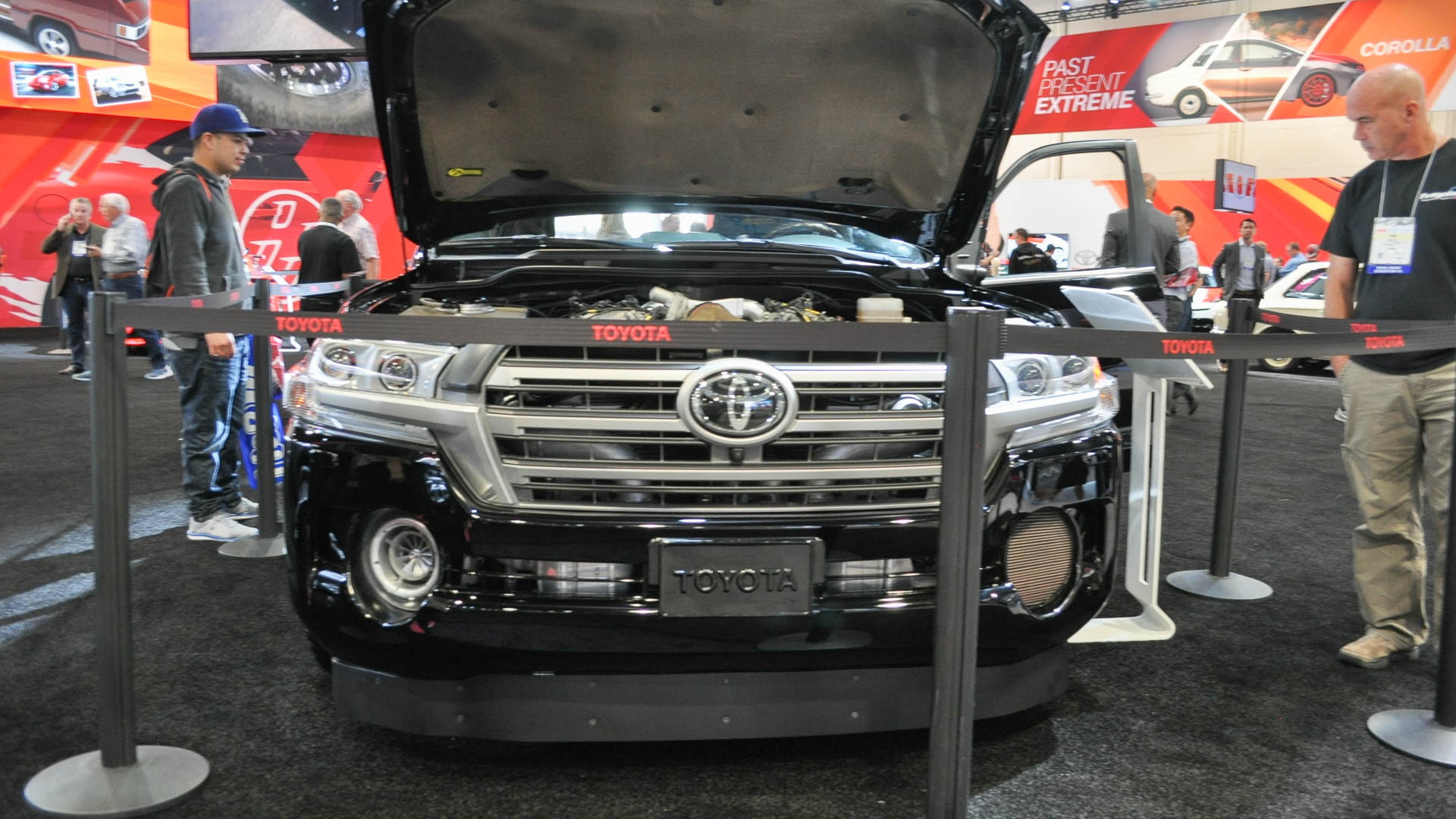 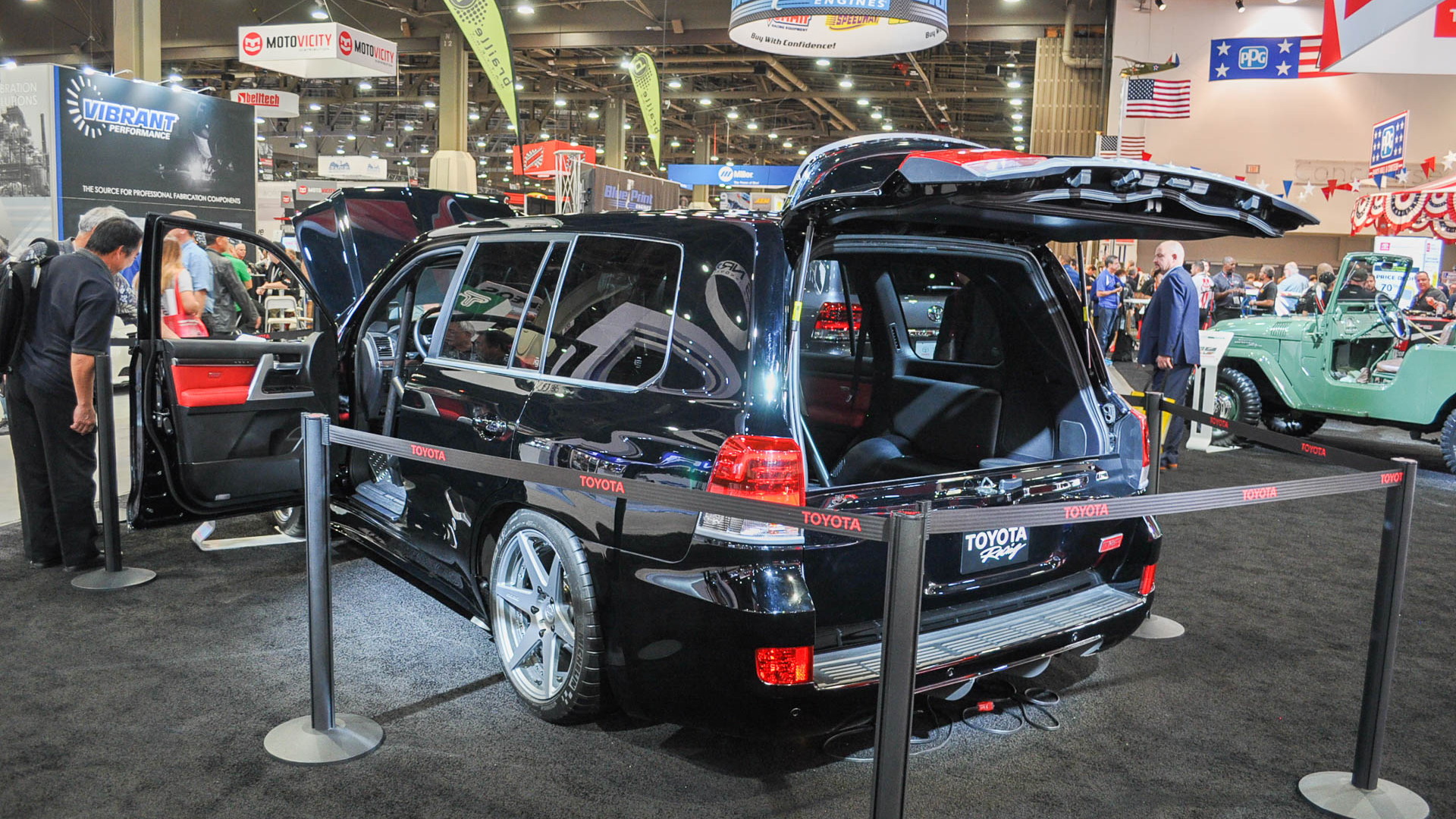 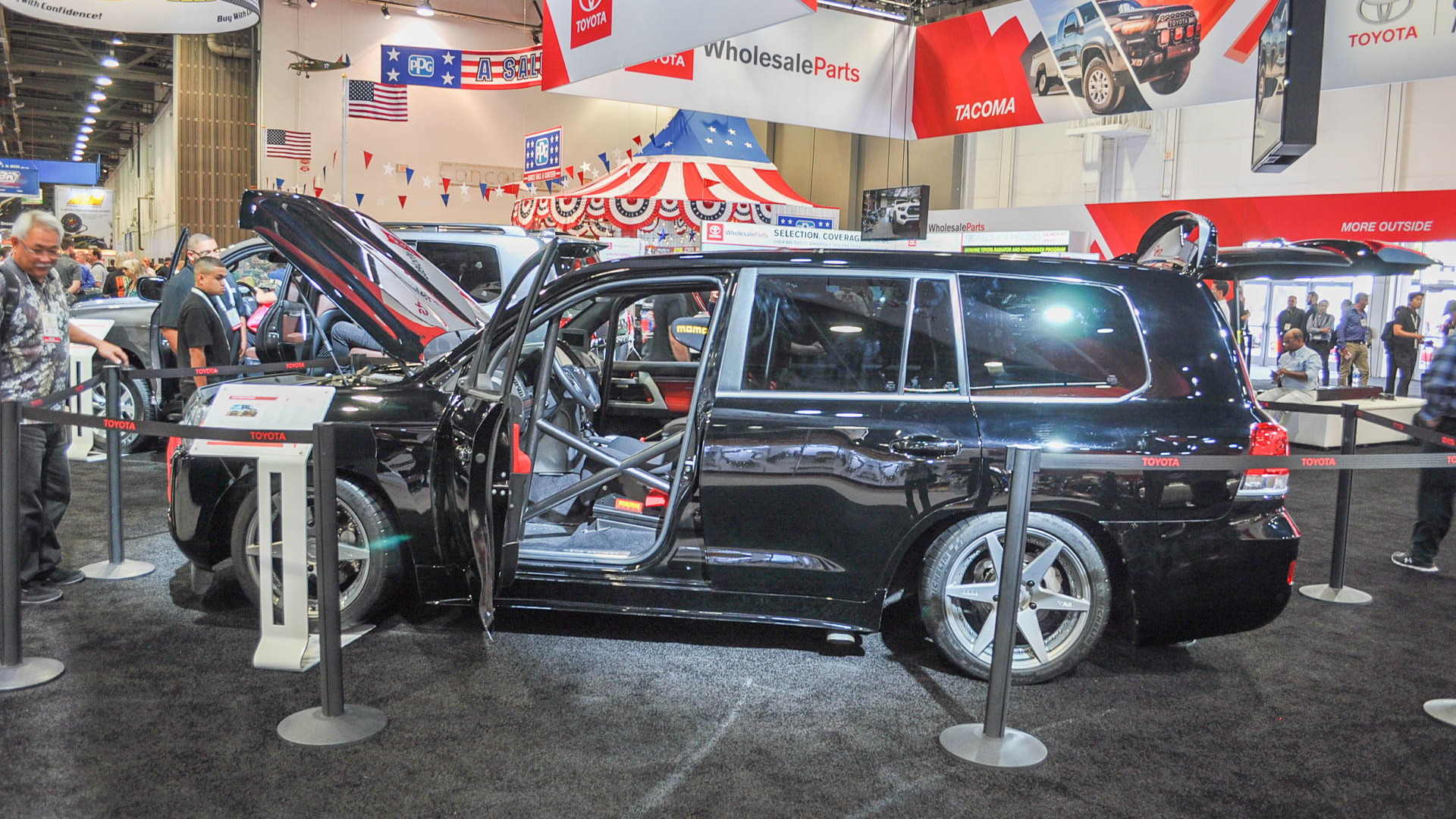 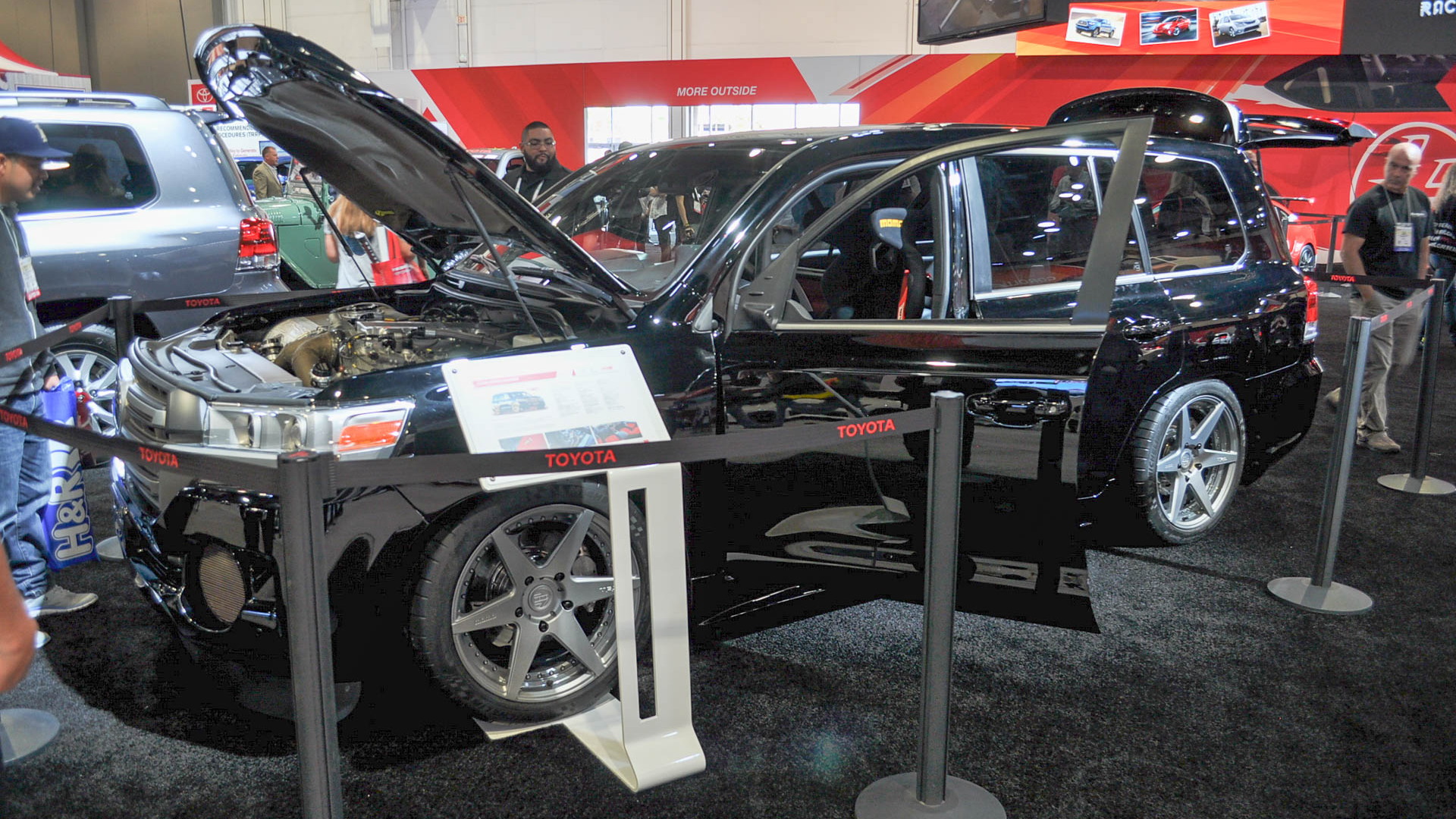 Have you ever looked at a Toyota Land Cruiser and thought "You know what, that thing needs to go much faster."

It's possible that someone has said that, and we're not talking just a little bit faster. We're talking about reaching supercar speeds in the rugged off-roader.

Don't believe it could  be true? Well, behold Toyota's Land Cruiser unveiled on Tuesday at the 2016 SEMA show. It seems that the goal for this project car was reaching speeds of 220 mph.

How do you make a Land Cruiser break 200 mph? Weight reduction, upgraded aerodynamics, and a pair of turbochargers as big as volleyballs, according to Toyota. The 5.7-liter V-8 under the hood is now making over 2,000 horsepower! And under the skin, the frame has been massively modified to support this endeavor. Still, it's the engine and minor aero tweaks that will allow it to reach it's reported top speed. The rest is mainly for stability.

The truck hasn't run that fast just yet, however, as it's only been taken to over 160 mph in testing. There's more tweaking and tuning to be done before Toyota makes an attempt at an SUV speed record. Thus the new name for this truck; it's been dubbed the Land Speed Cruiser.