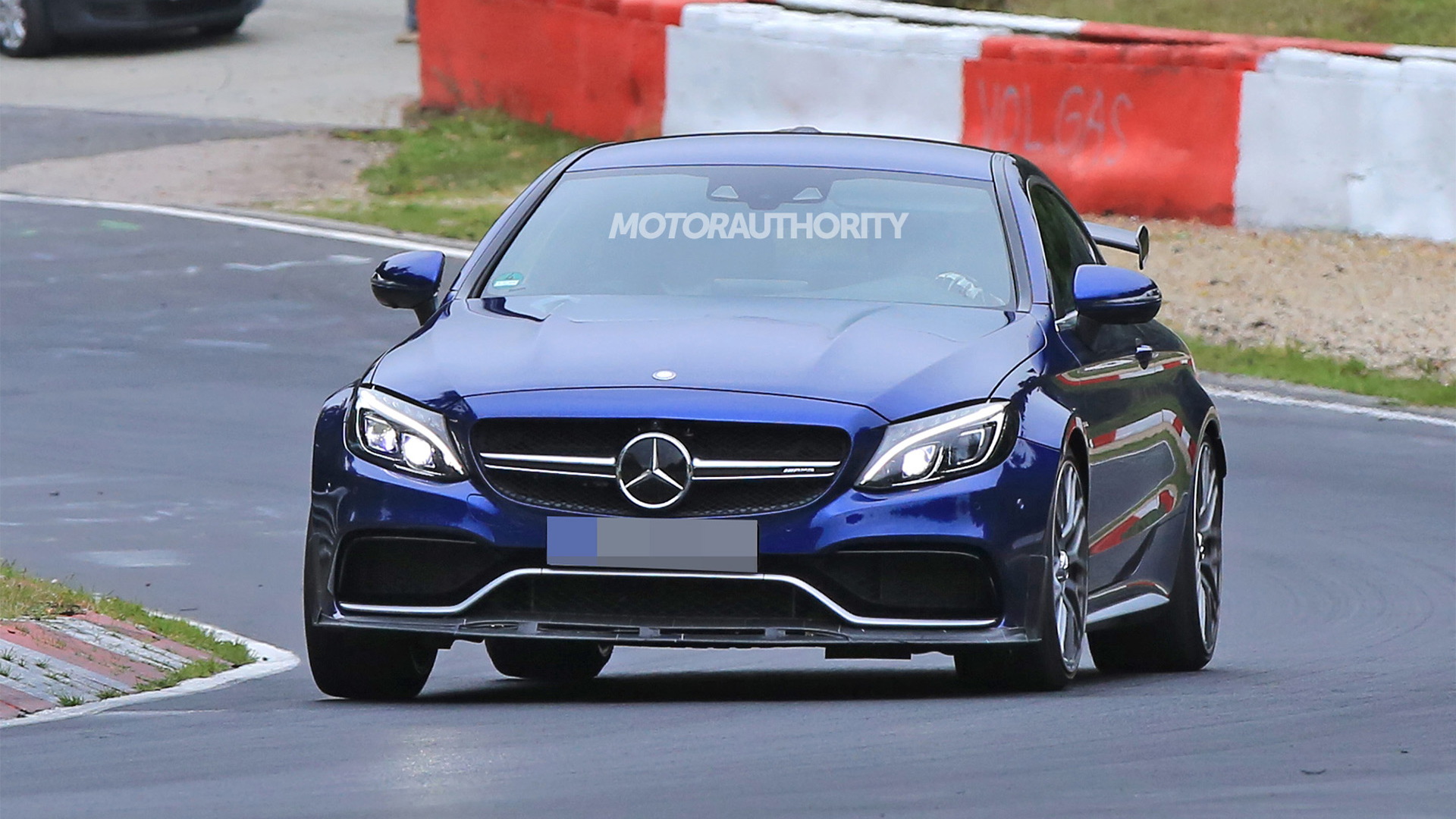 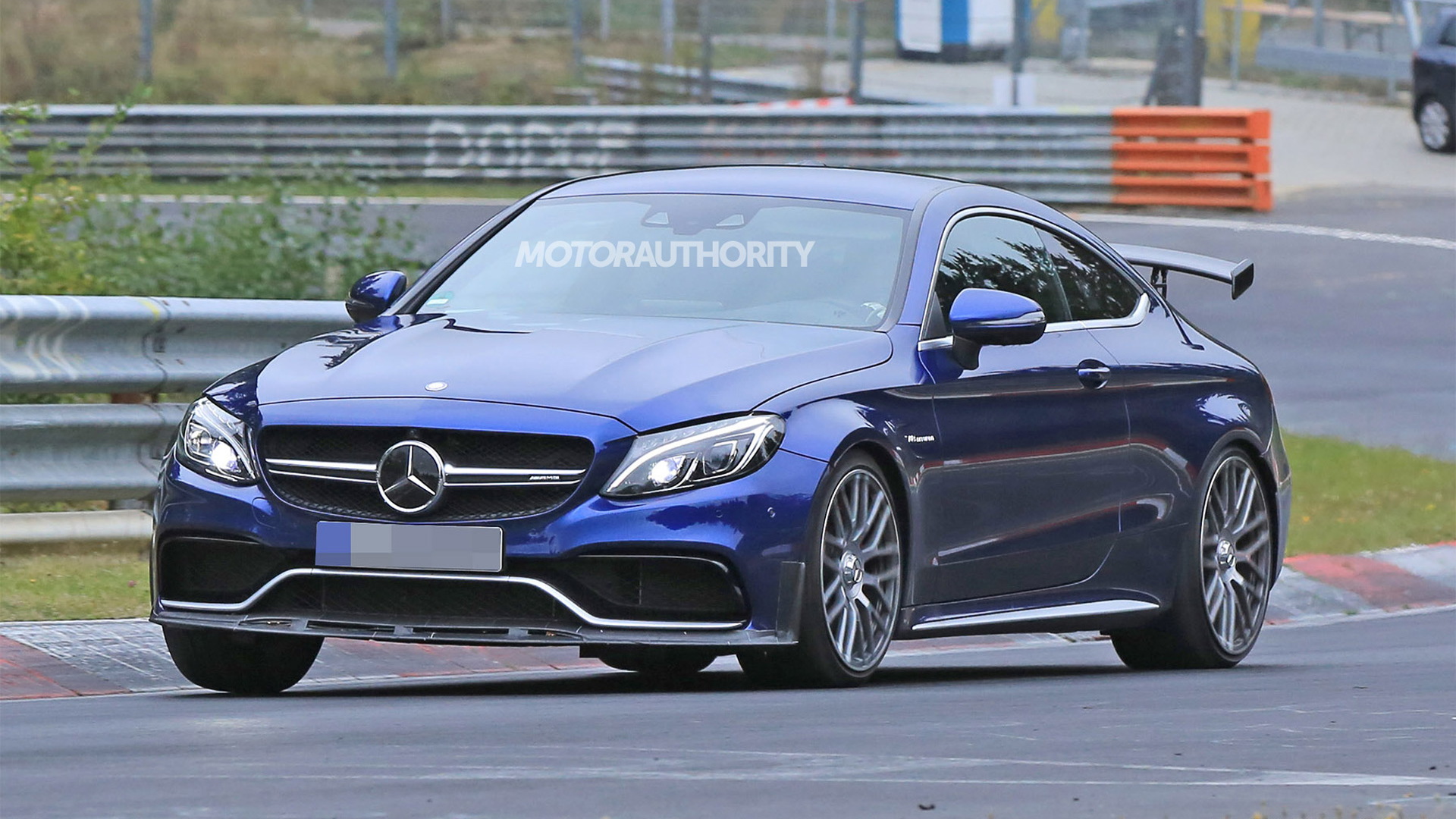 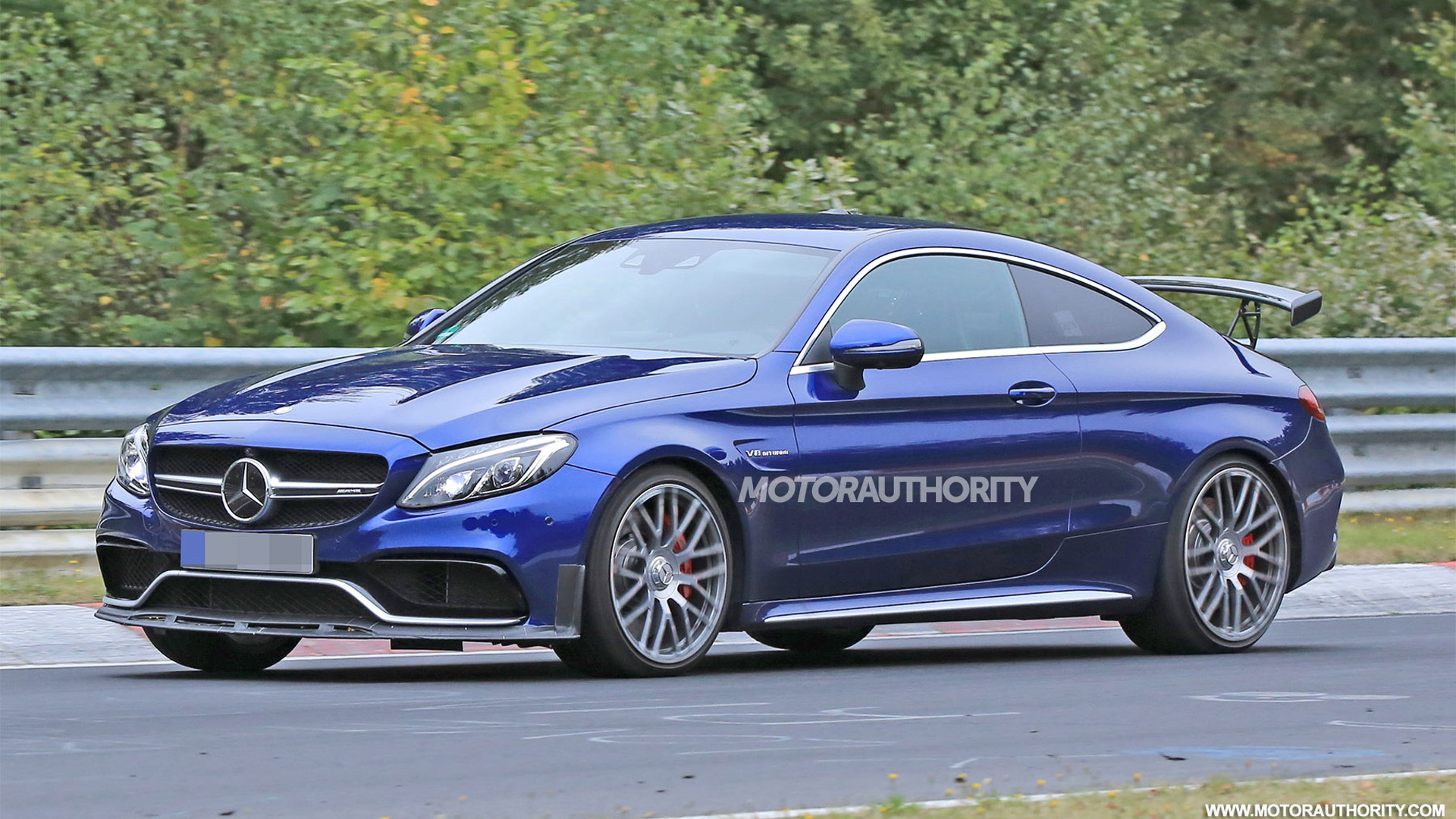 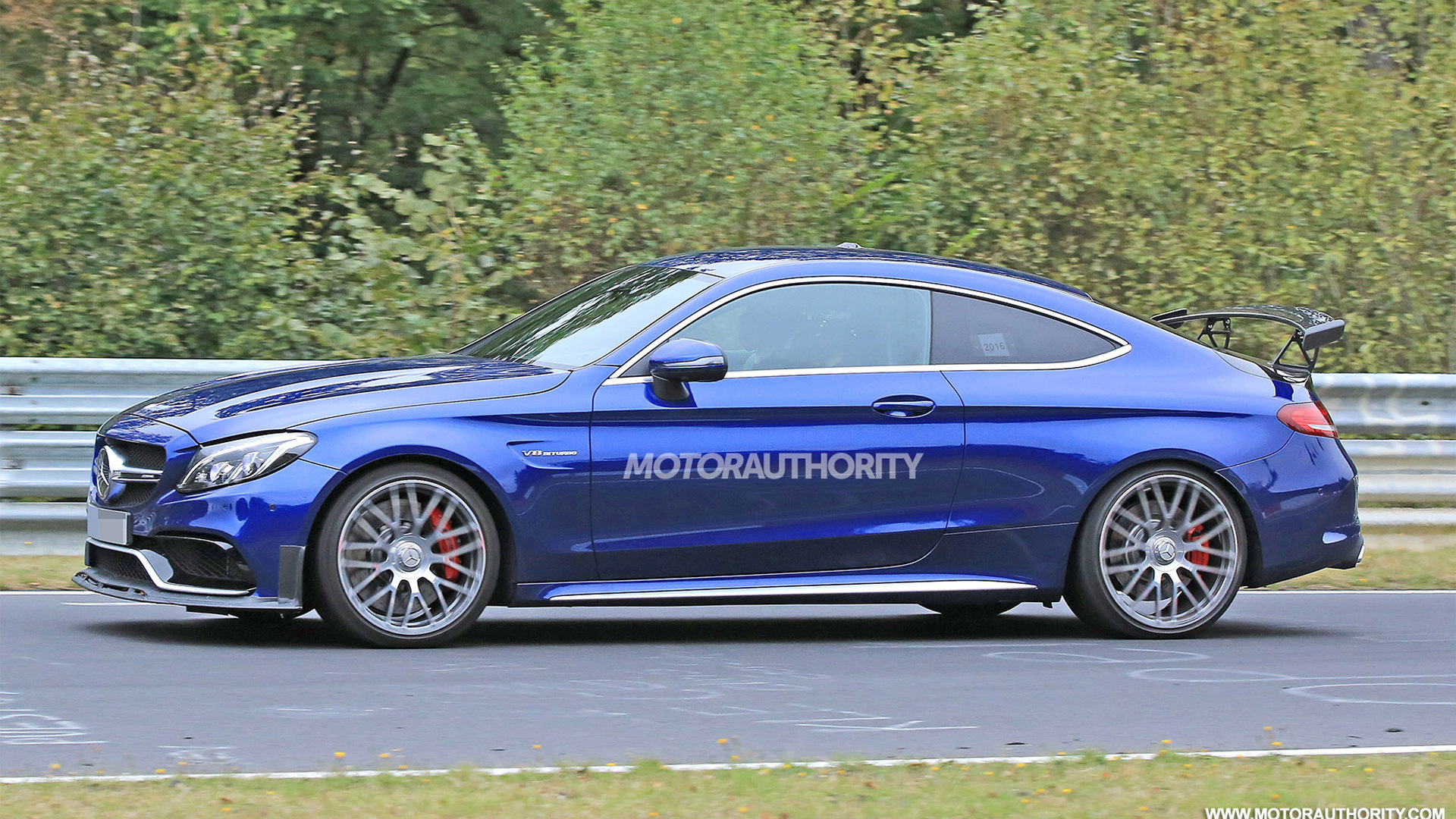 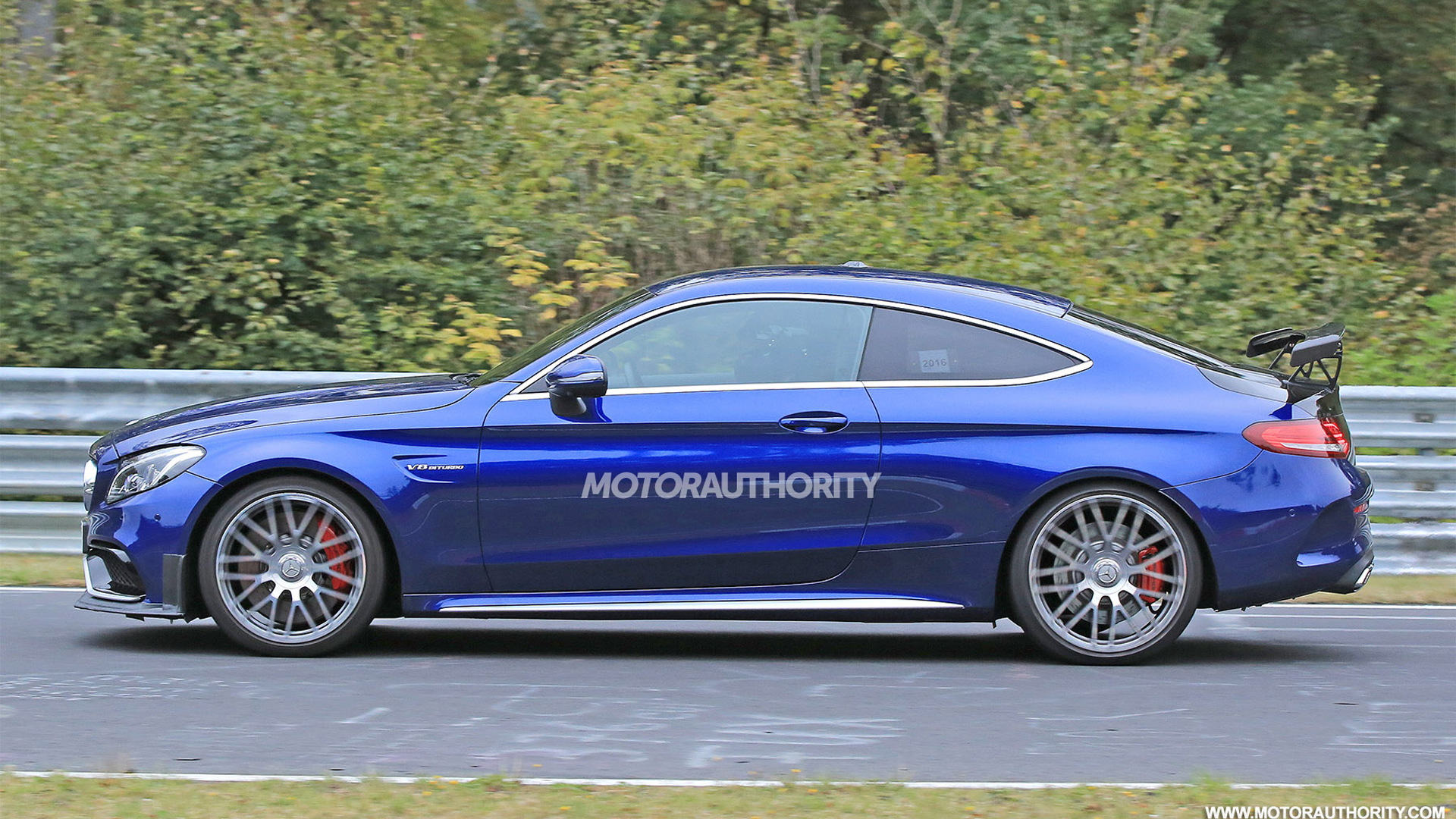 Mercedes-AMG is out testing a more hardcore version of its C63 Coupe.

We don’t think the car is a successor to the previous C63 Coupe Black Series, though we think one will be dropped on us eventually.

Rather, we think this will be a track-focused model dubbed the C63 R Coupe, following the new naming practice introduced with the GT R sports car.

In the spy shots, we see a more aggressive front bumper to what’s found on the C63 S Coupe. There’s also that massive wing mounted to the trunk lid.

As with the GT R, we can expect some extra horsepower under the hood. The tester looks to be running very fast at the Nürburgring, where this video from Supercarsfromeu was filmed.

Expect a few chassis mods to go along with the power boost, including perhaps the four-wheel-steering system introduced on the GT R.