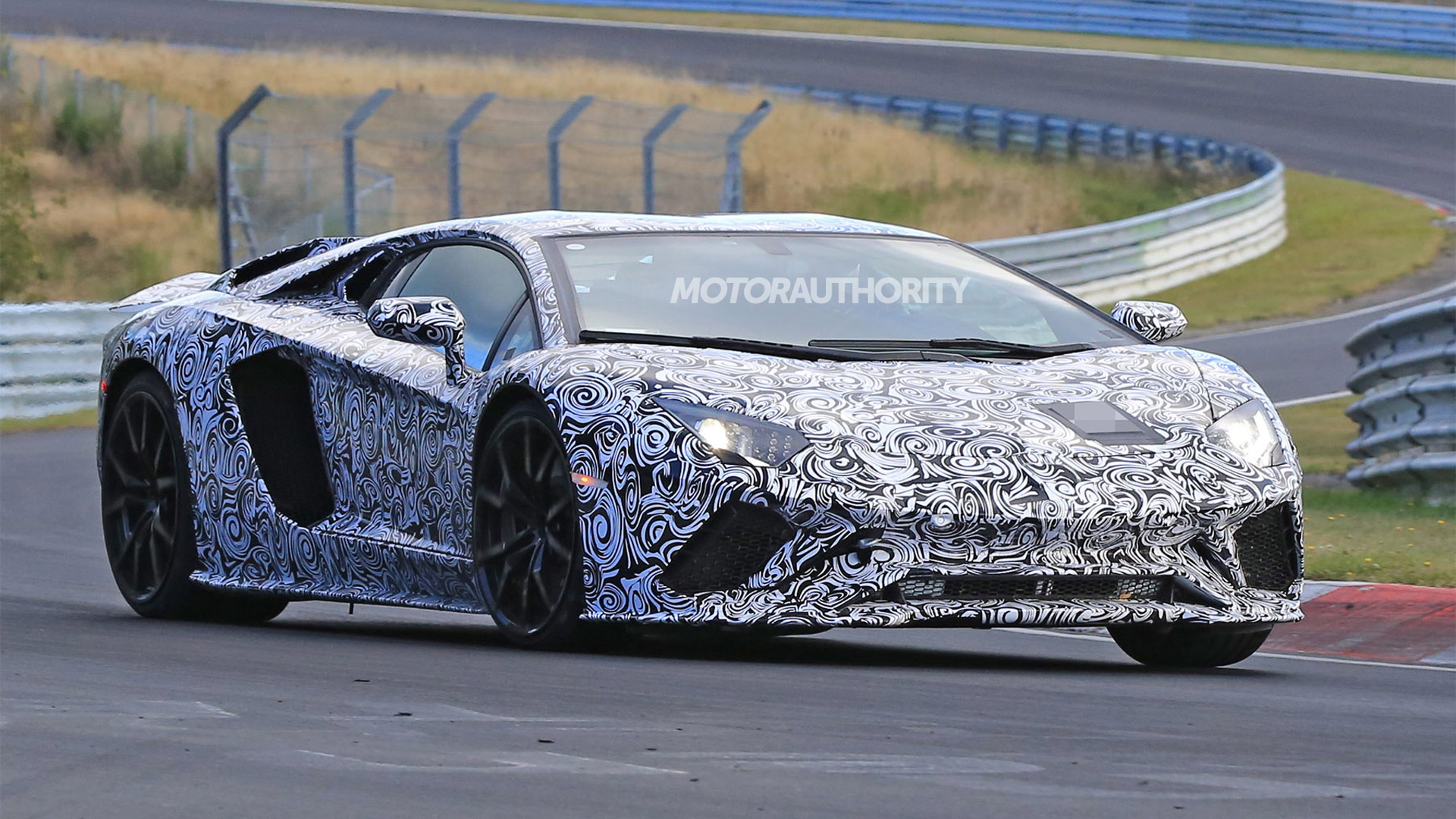 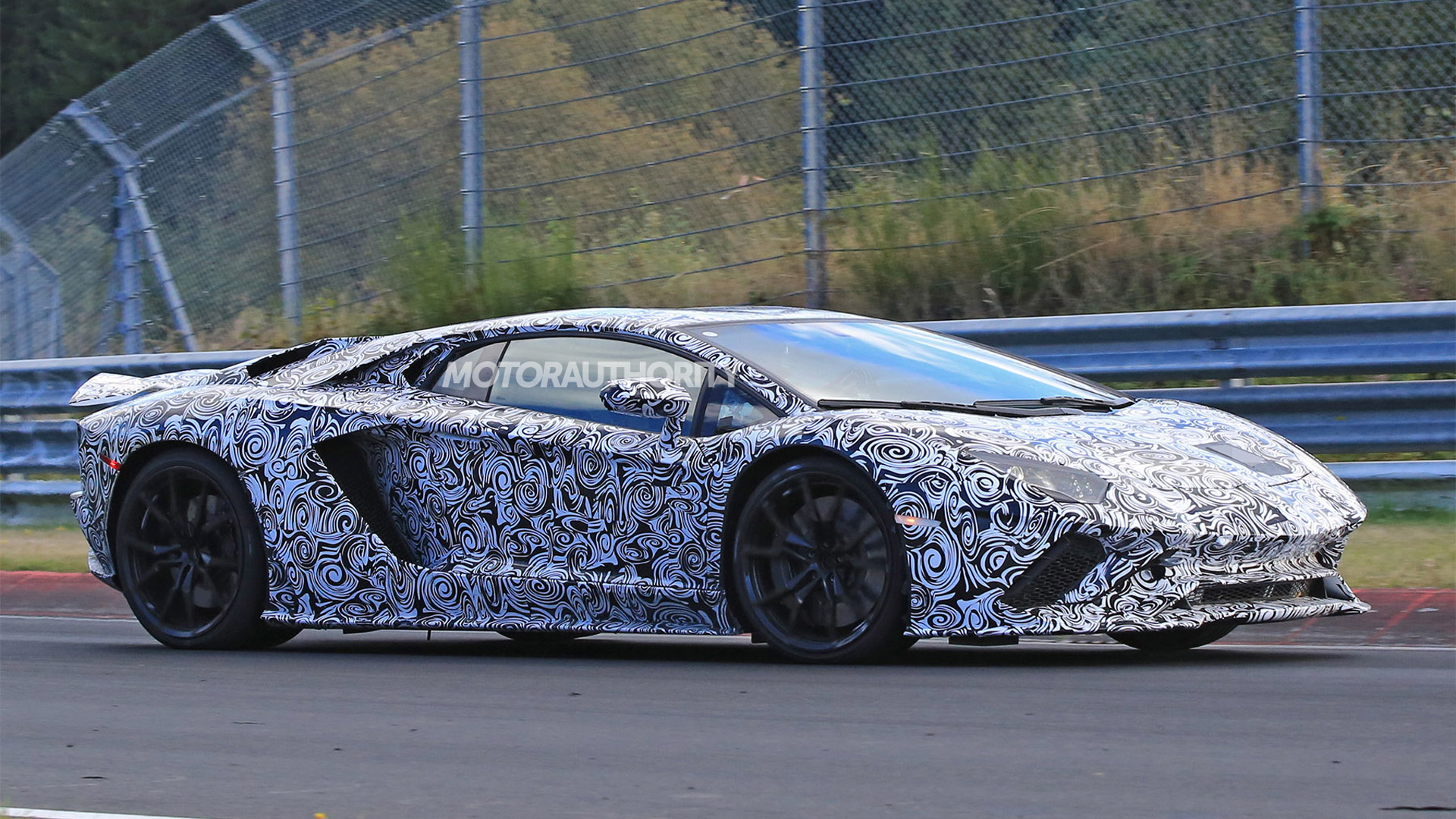 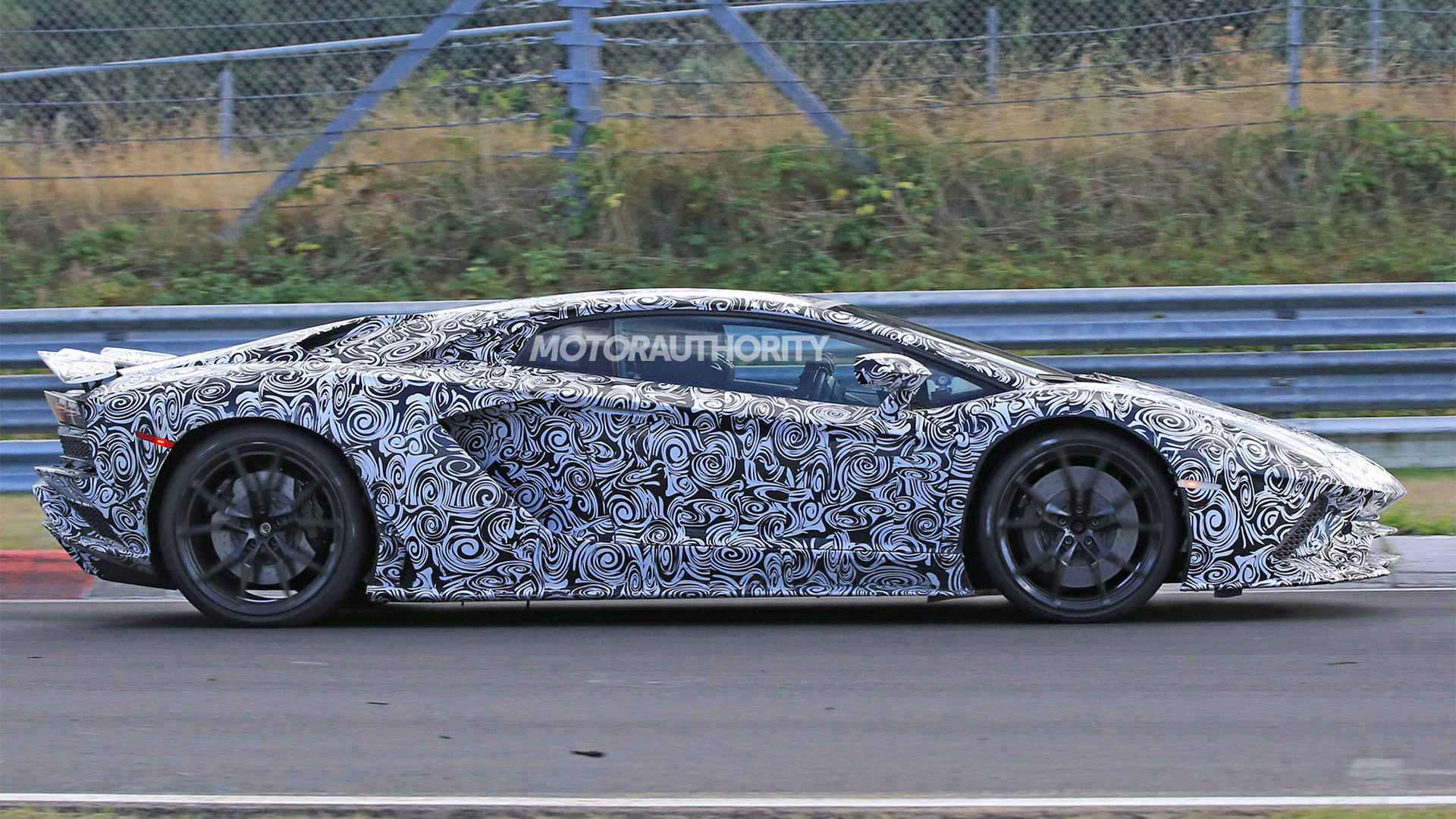 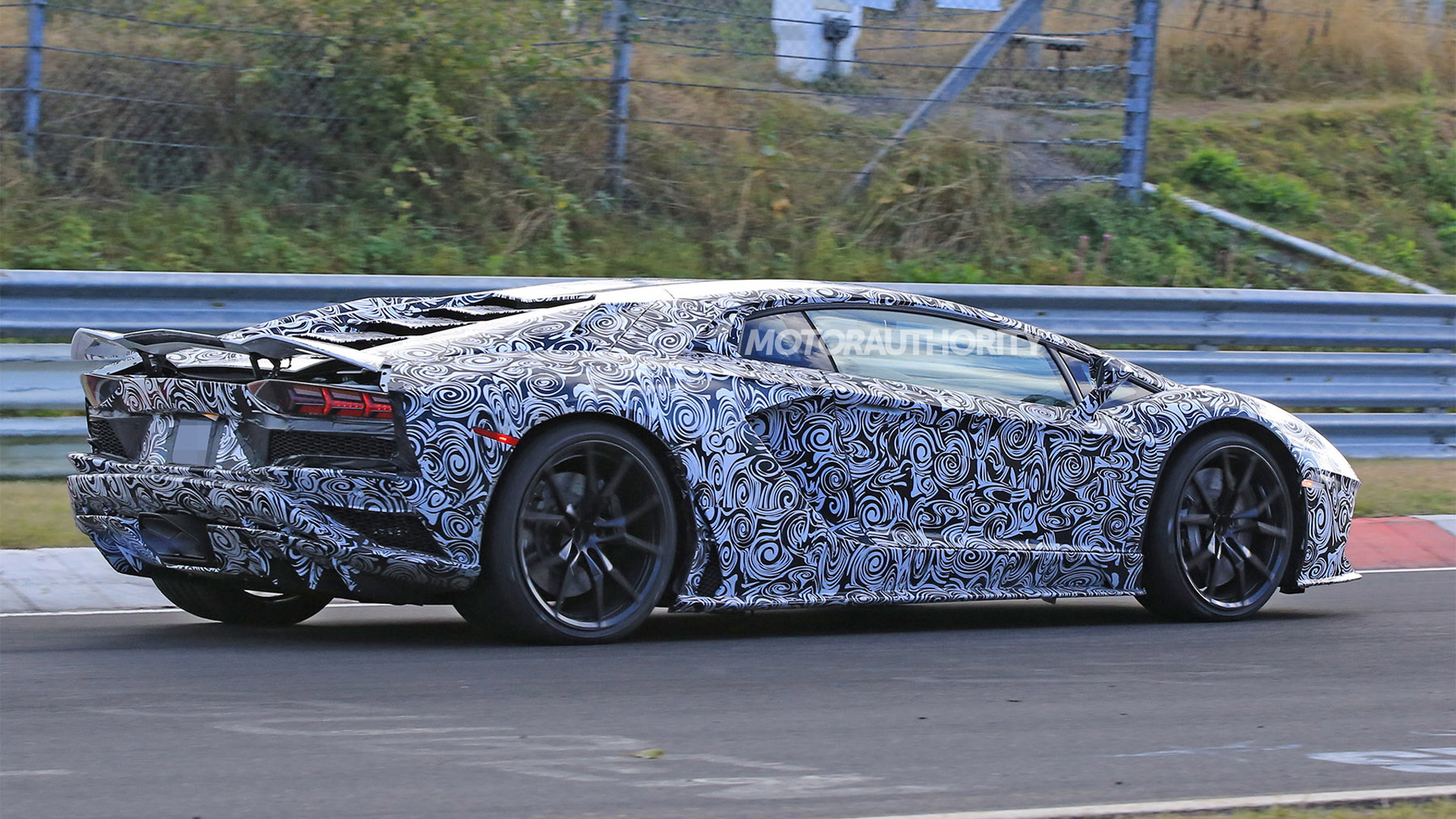 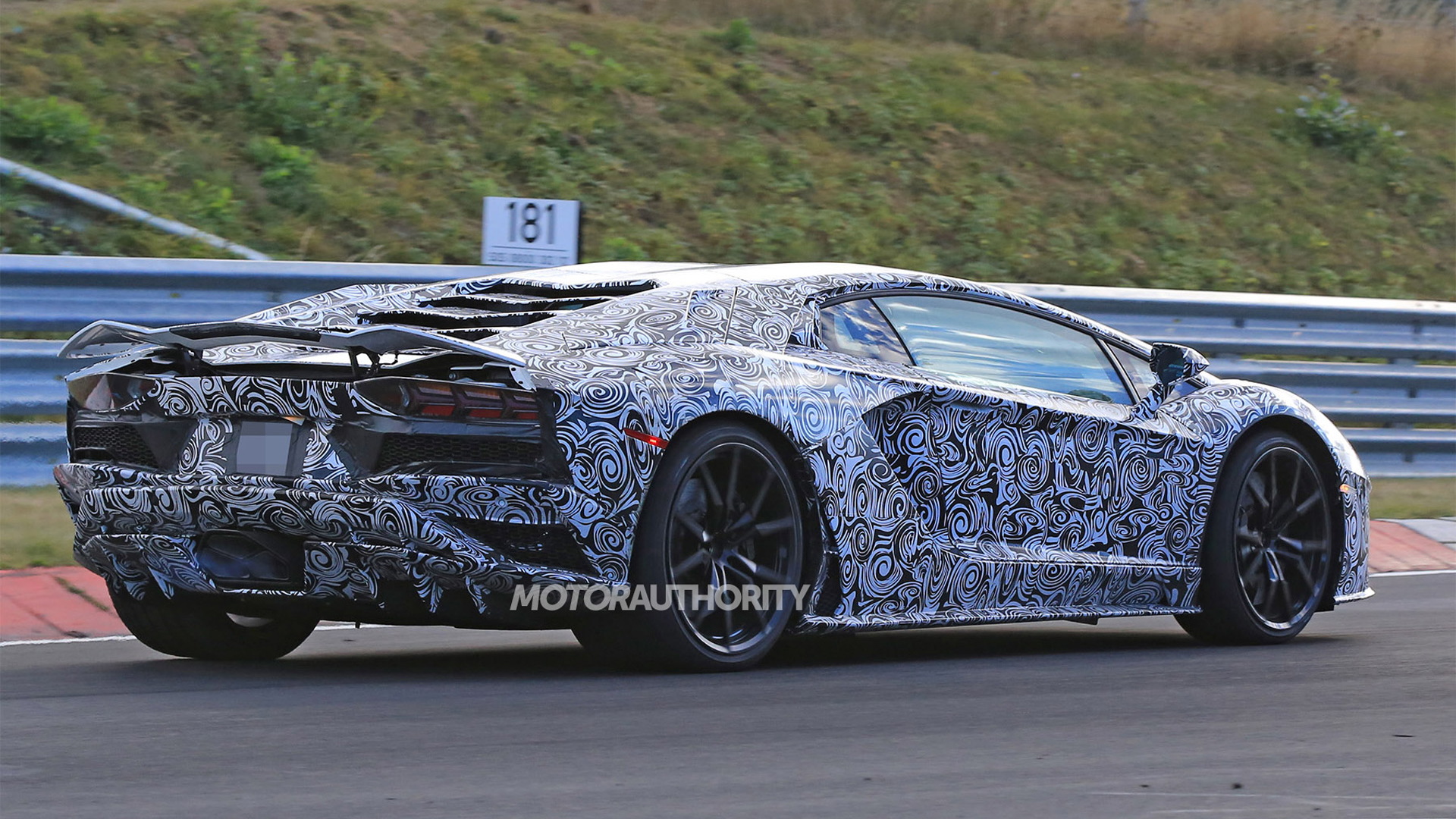 Engineers from Lamborghini were spotted testing an updated version of the Aventador Roadster in the summer.

Now they’ve been spotted again, this time with an updated Aventador coupe. They were testing the car on the Nürburgring and some surrounding roads.

The updates represent the mid-cycle update for the V-12-powered supercar, which debuted as a 2012 model at the 2011 Geneva auto show. The updated car should make its debut at the Swiss show in 2017, most likely as a 2018 model.

From the photos, it’s clear the designers are giving the car some extra aggression, not that it needed any. The shape of the vents has changed at both ends while at the rear there are new designs for the diffuser and exhaust tips.

It’s not clear what mechanical updates are planned but it’s likely we’ll see some extra power from the car’s 6.5-liter V-12. The 710 horsepower of 2013’s Aventador LP 720-4 50° Anniversario is a good bet, ensuring there’s still a safe buffer between the regular models and the 739-hp SV and 759-hp Centenario.

We could also see Lamborghini refine the Aventador’s Independent Shifting Rod (ISR) transmission. The automated manual unit has always been a bit touchy, especially at lower speeds where it can cause the car to unexpectedly lunge forward at times. Finally, we could also see the car adopt the SV's adaptive dampers for improved ride and handling.

Expect some changes in the cabin, too. Key among these will be the new touchscreen-based infotainment system that debuted in the Centenario. It includes Internet connectivity and Apple CarPlay smartphone integration.