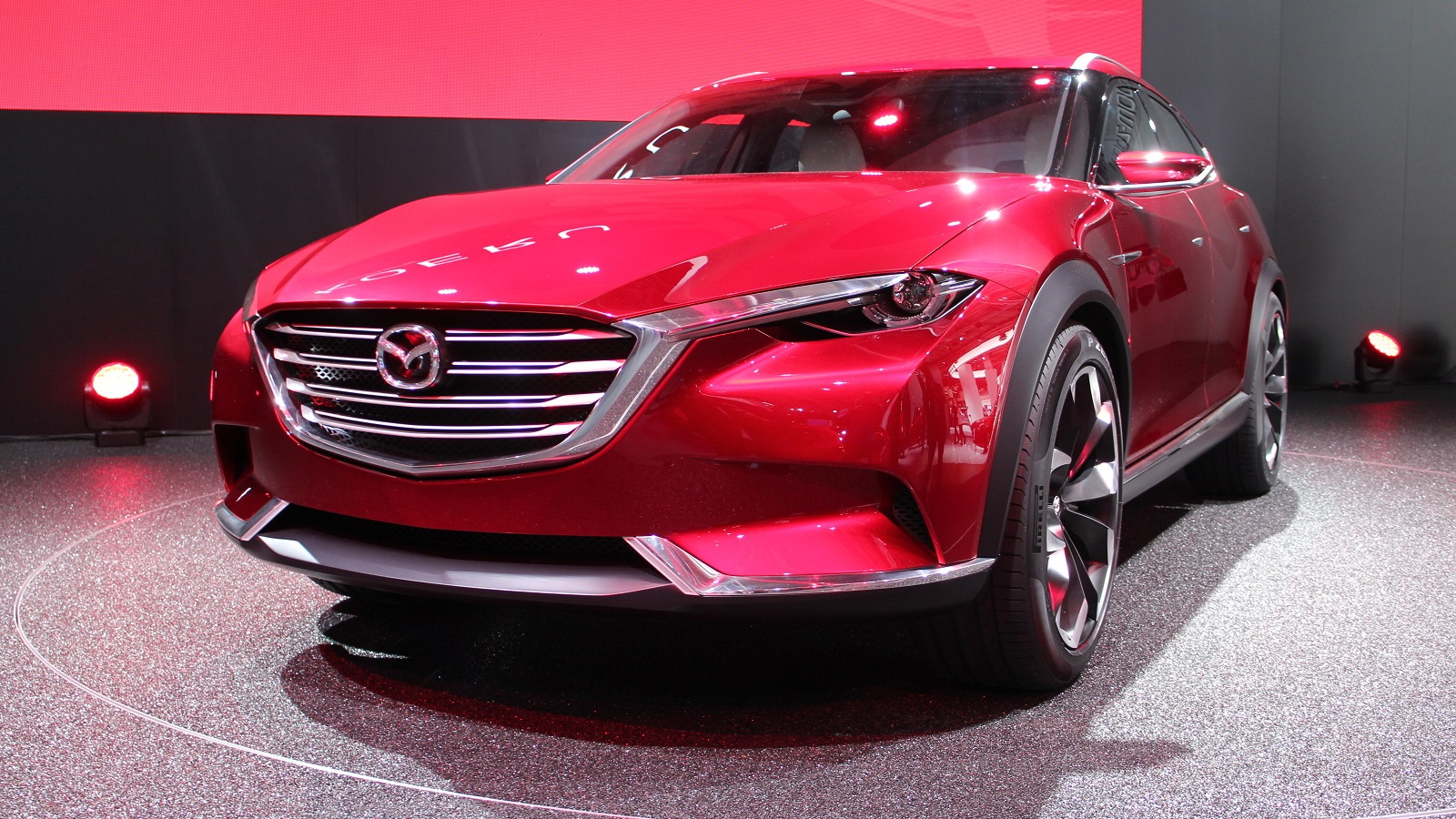 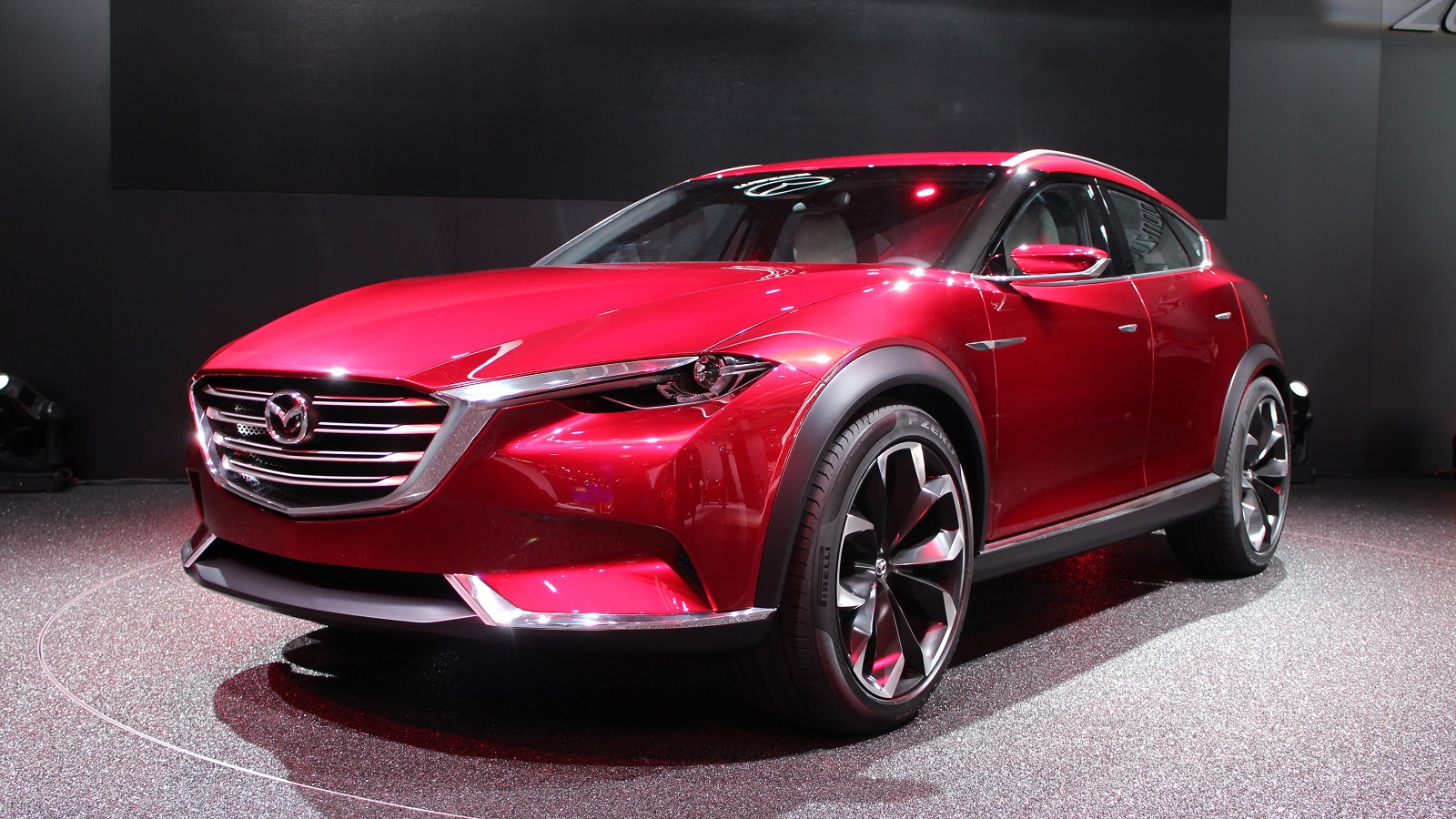 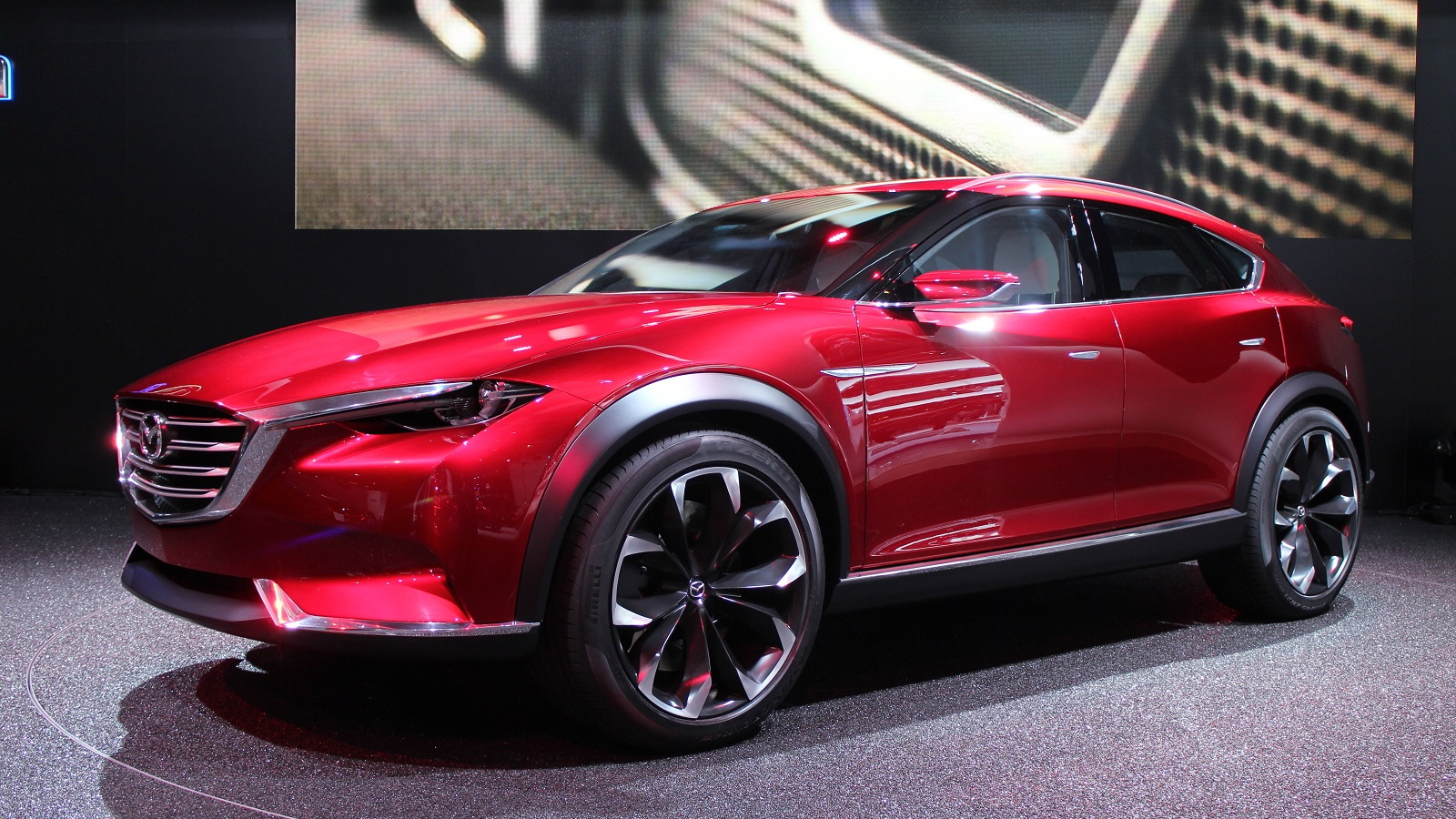 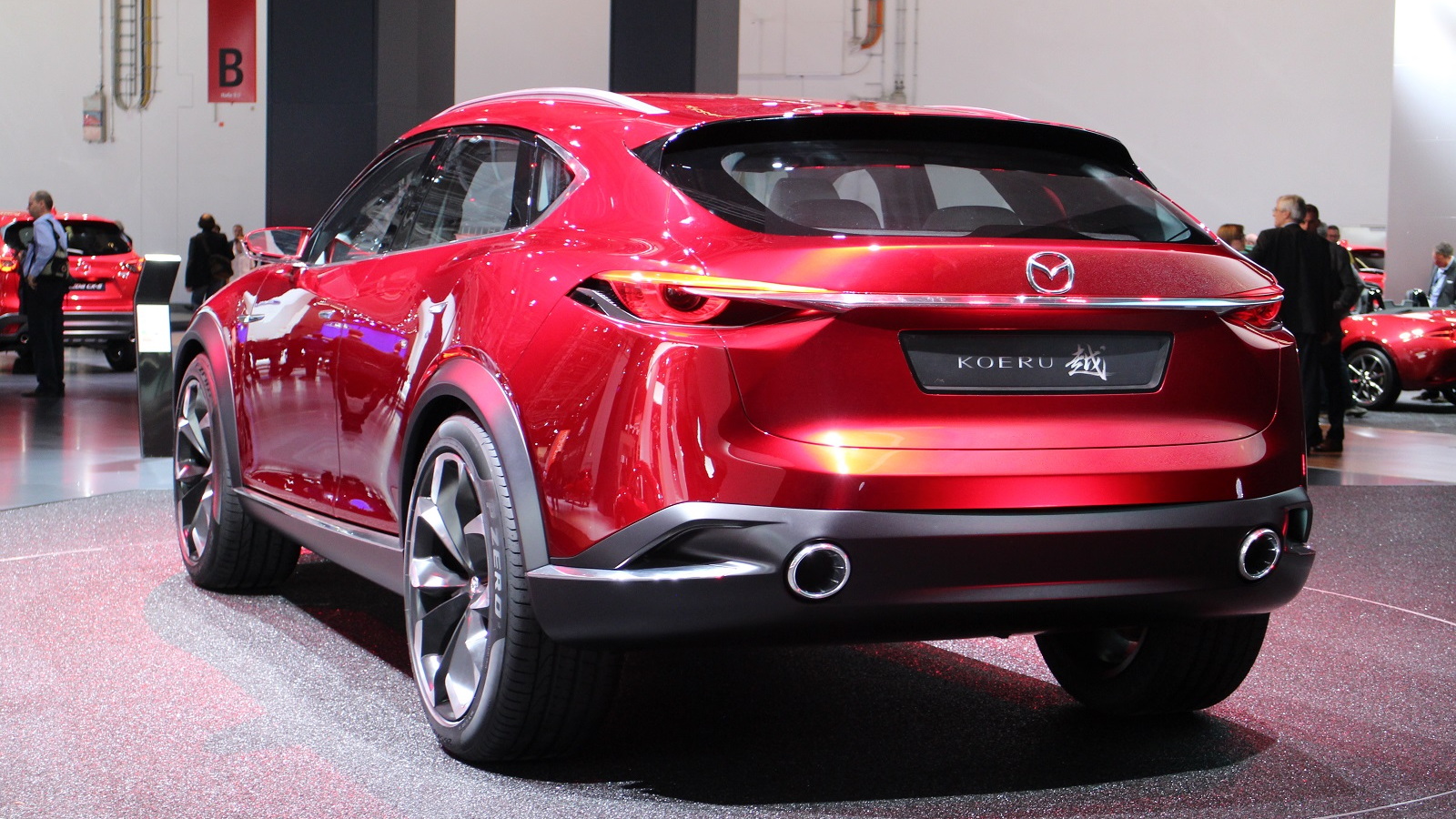 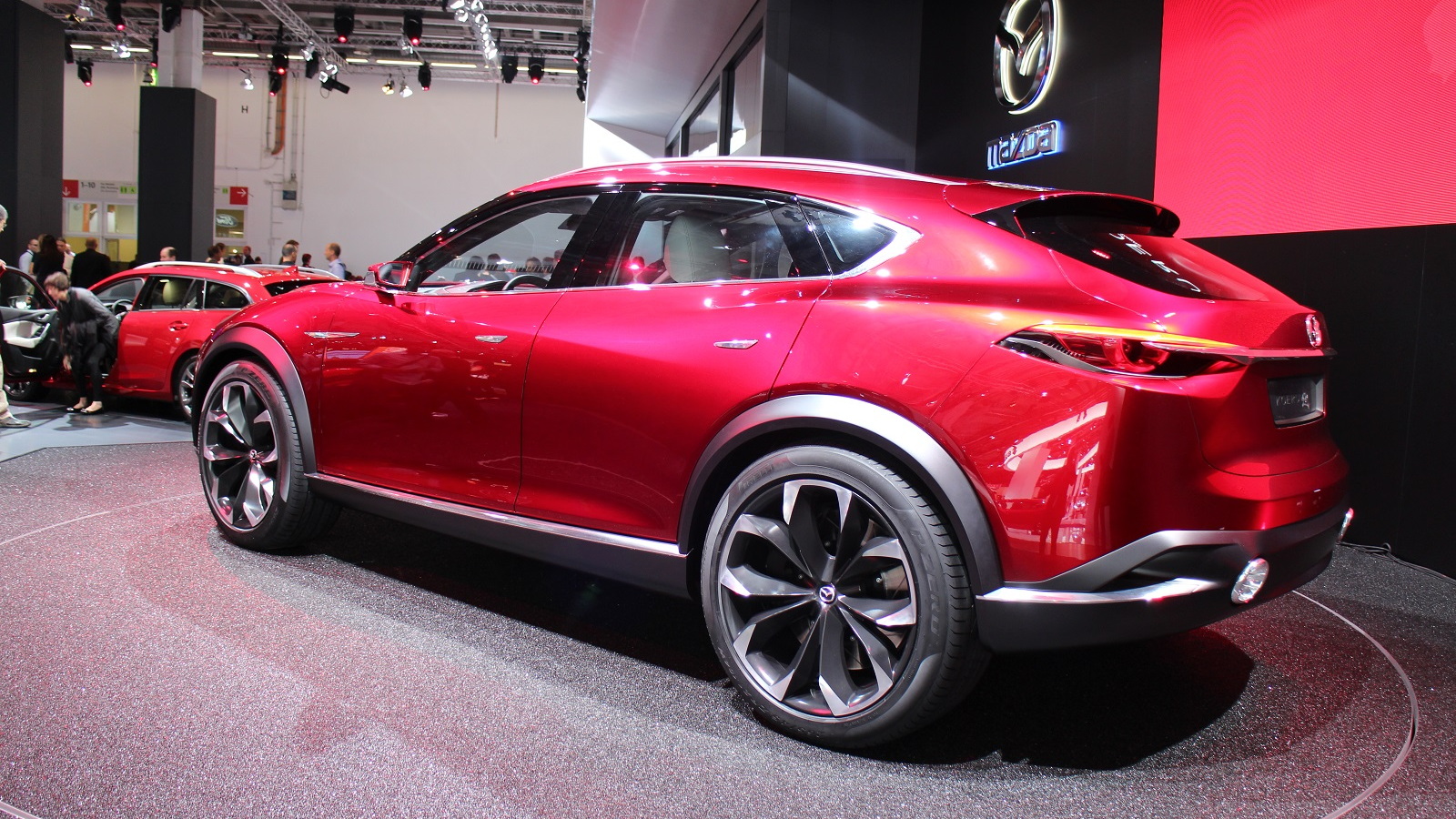 At this week's 2015 Frankfurt Auto Show, Mazda unveiled a new concept that previews the design of its future crossover SUVs. Called the Koeru, the concept features the latest version of Mazda's current Kodo design language, as it will be applied to upcoming models like the next-generation CX-9.

The Koeru (the name means "exceed" or "go beyond" in Japanese), features the same prominent grille found on many existing Mazda products together with a pronounced hood and low roof line. Large wheels are emphasized by black wheel-arch trim, similar to what's found on the much smaller CX-3. Mazda says the LEDs ringing the Koeru's headlights "evoke the bright, strong-willed eyes of an untamed animal," and while that may be taking things a bit too far, the Koeru is a pretty well-executed design.

Mazda says the design is functional as well. The Koeru was penned with a focus on aerodynamics, with bodywork intended to be as sleek as possible, and an underbody design meant to minimize turbulence. The automaker also claims significant improvements in NVH reduction, which will presumably be applied to future production models.

There are no available details on the powertrain, but Mazda says it's based on the SkyActiv suite of fuel-efficient hardware used in current production models. The Koeru also features versions of the i-Activsense electronic safety system and Mazda Connect infotainment system both of which are also already seen in showrooms.

The Koeru arrives as Mazda works to refresh and expand its crossover lineup. Over the past year, the automaker launched the CX-3 subcompact and updated the CX-5. The aging CX-9 is due for replacement next, and a new version is tipped to appear as early as the 2015 Los Angeles Auto Show in November. We expect many of the Koeru's design elements to be applied to the new CX-9.

For more of the latest Frankfurt Auto Show coverage, head over to our dedicated hub.