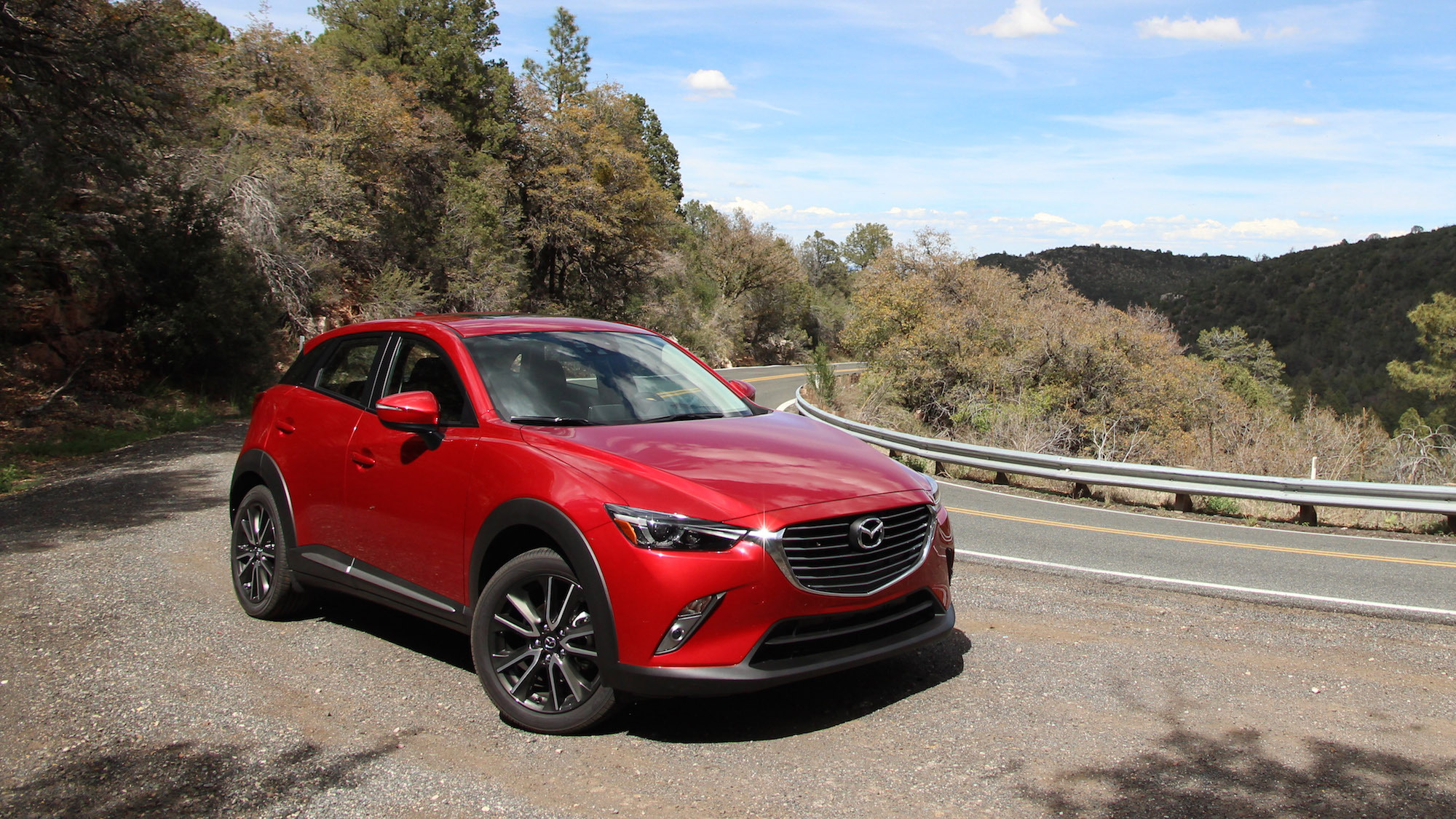 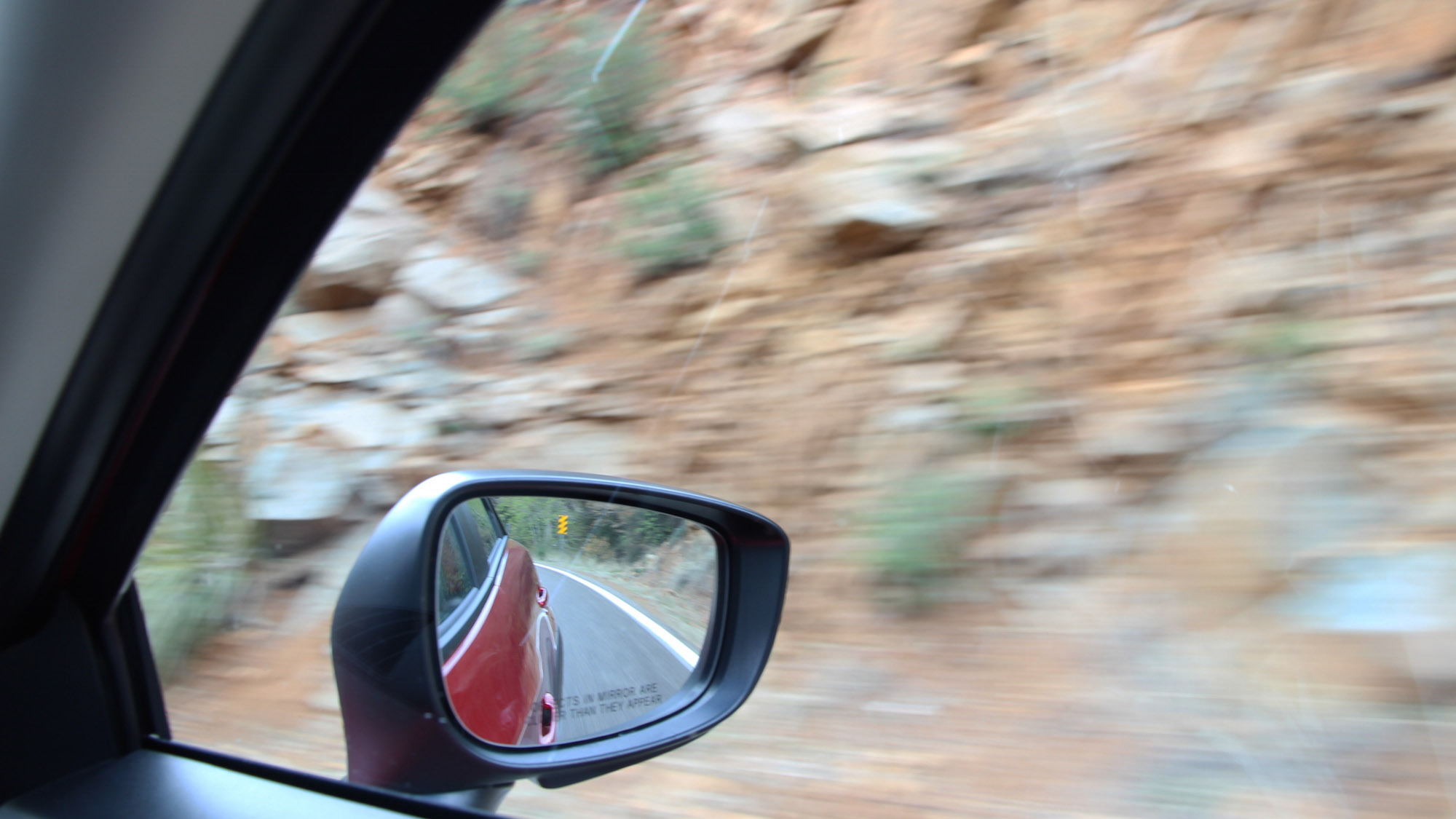 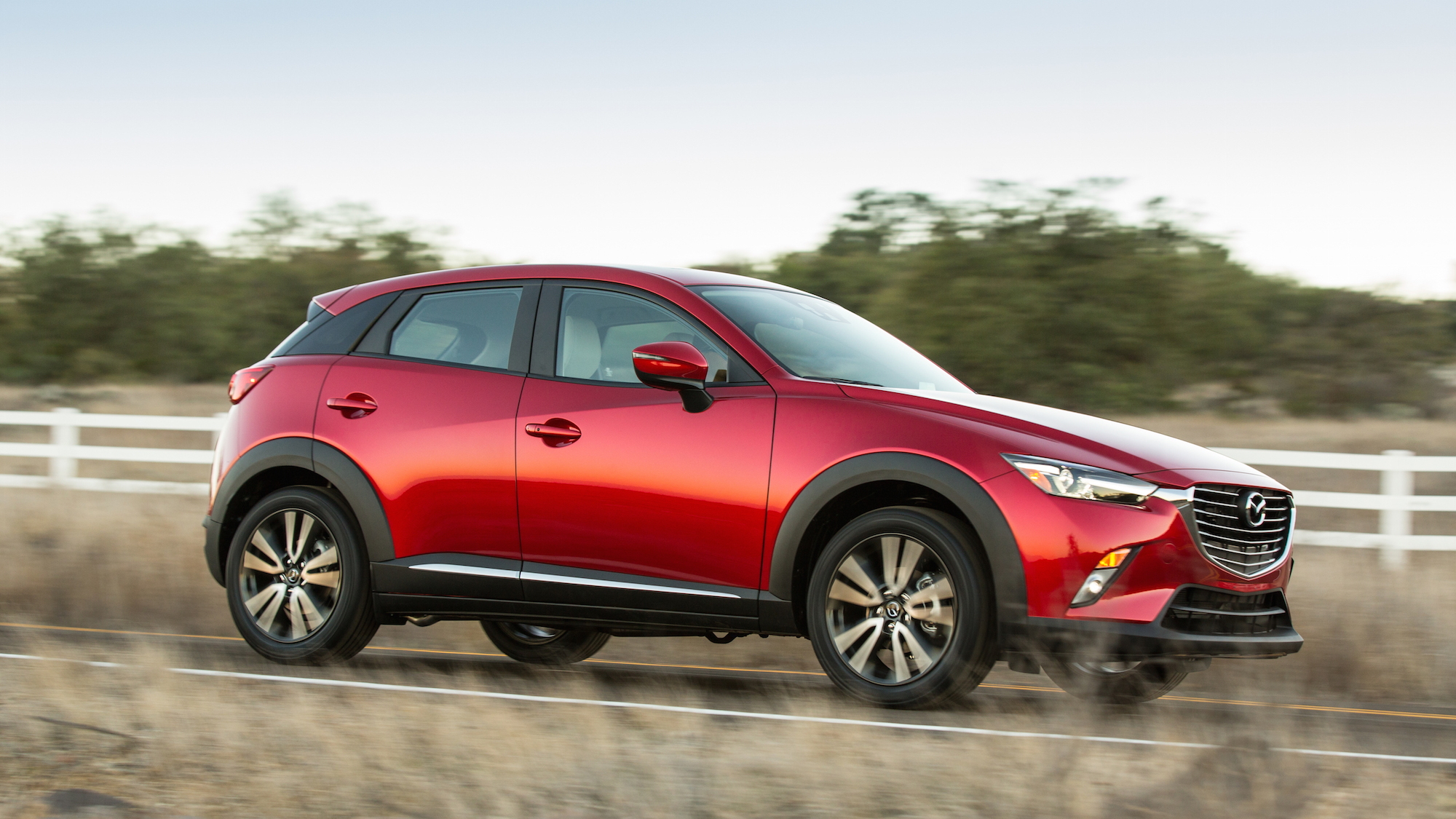 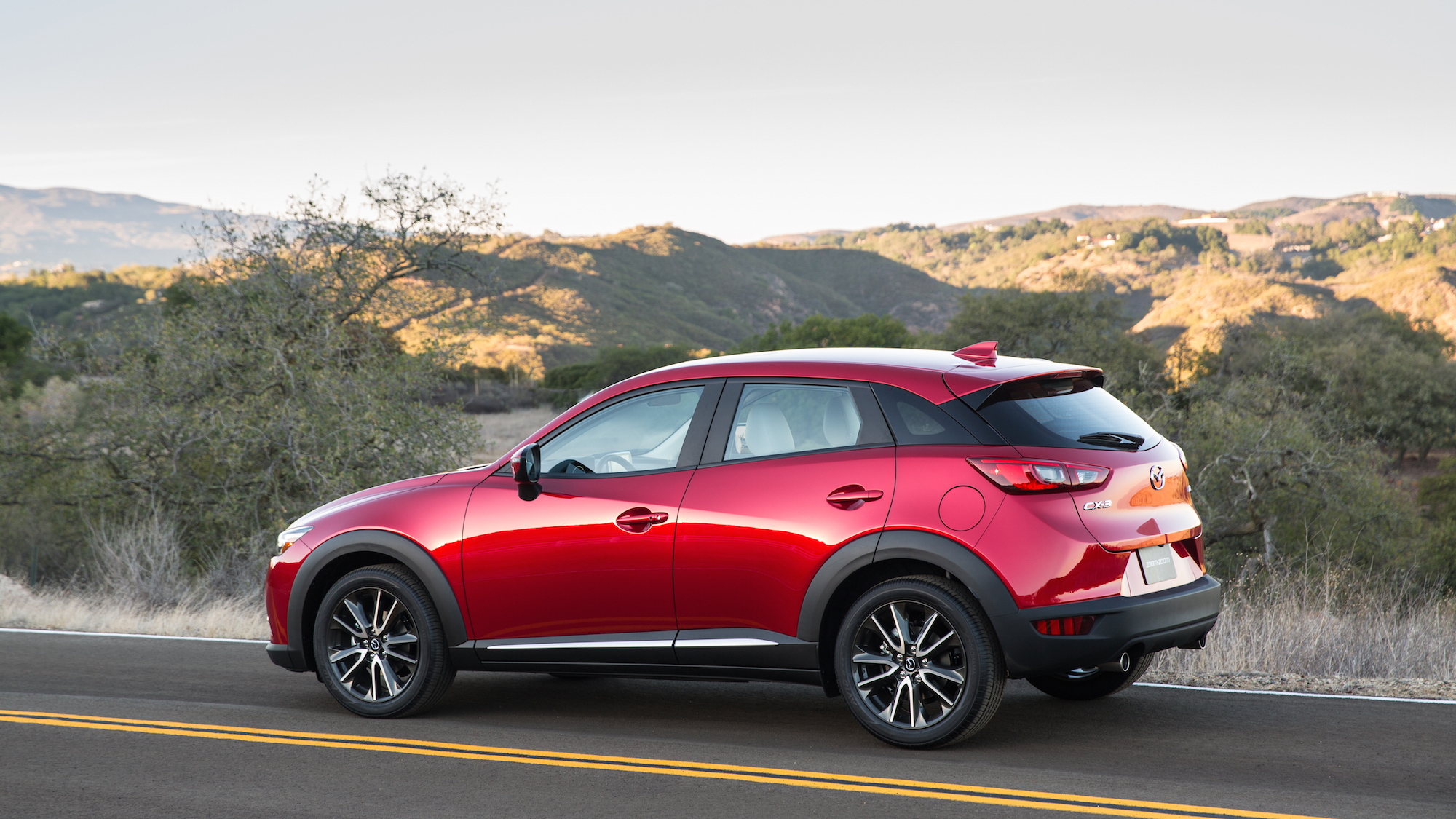 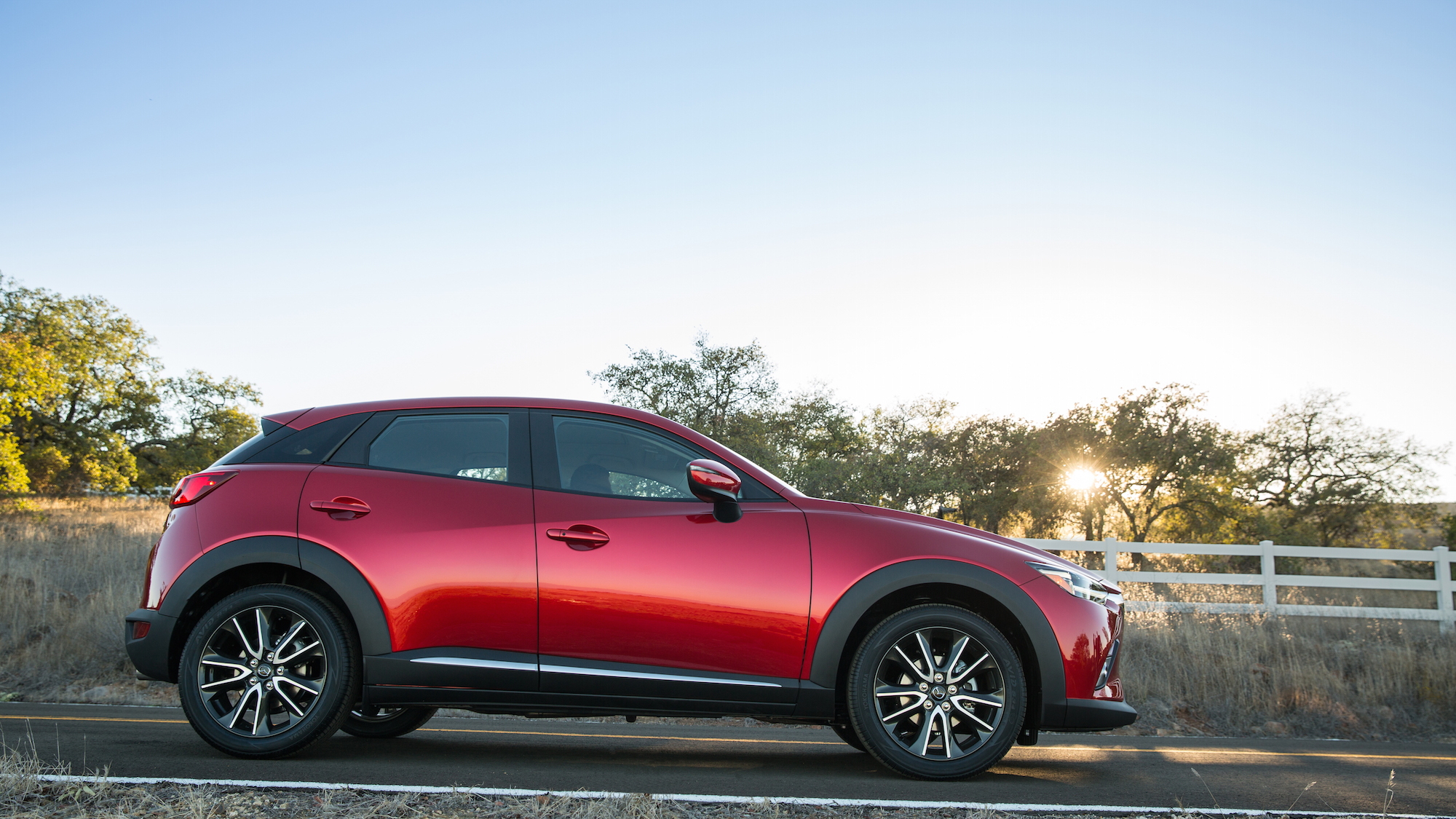 So, you’re growing up. That two-seat sports car was a great companion for many years, but there’s just not enough space for your stuff, your friends, your dog. What are you to do?

For the driver who loves the feel of a buttoned-down sports car, but needs a bit more practicality in the day-to-day grind, the CX-3 might just be the perfect fit. It’s light, it’s peppy, it’s fun to drive, it gets good gas mileage, it’s affordable, and it looks great. Let’s elaborate on those traits.

First up, the 2016 CX-3 tips the scales at just 2,809 pounds in front-drive form. That’s just 3 pounds heavier than the automatic-transmission Scion FR-S. That’s right. With four doors, a cargo area, and its own two wheels providing motive force, the CX-3 manages to tip the scales  barely any more than a light, nimble sports coupe—one that has been widely praised for its handling and nimbleness. Put in a more appropriate context, the CX-3 weighs about 100 pounds less than the CVT-equipped base-spec Honda HR-V. 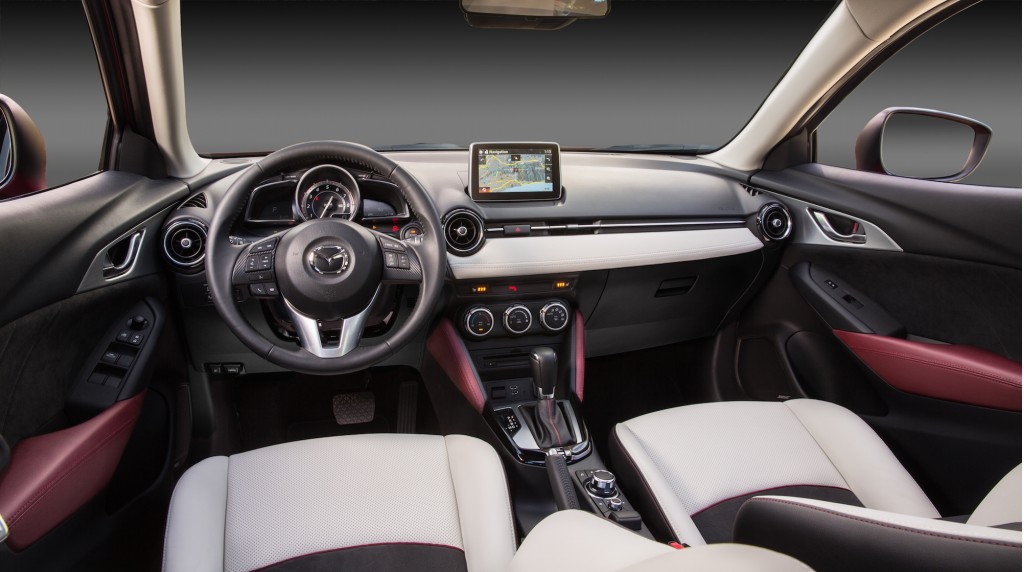 That’s the first point, because it affects nearly all of the others. Light weight makes for greater agility, better acceleration from a not-too-potent engine, better steering feel, and it even boosts gas mileage.

Next up: the peppy, fun-to-drive qualities. Pep is provided by the 146-hp, 146-lb-ft output of the 2.0-liter SkyActiv-G four-cylinder engine. It’s managed quite well through the six-speed automatic transmission that is the only choice. In the Grand Touring model, paddle shifters are included for more driver control (Sport and Touring models offer manual shift mode through the console-mounted shift lever). A “Sport” button ticks up throttle response and transmission behavior. All of these combine to deliver a surprisingly satisfying pace of acceleration despite the none-too-impressive numbers (to sports car fans, at least).

Mix in the light weight and Mazda’s proven ability to tune a chassis and suspension, and you have a recipe for fun, engaging driving that’s rarely found in the crossover world, much less in the low-$20,000s. The electric power steering offers just the right amount of assistance, never feeling too heavy or too light, with a sense of feel that is, if not sports car-like, closer to that goal than anyone has a right to expect. Tossing the CX-3 around Arizona canyon roads, the little crossover felt more like a little hatchback, and a damn good one at that.

But we’re being practical here, so it’s not all about the joy of the drive—we have places to go and people and things to take along with us. So we want to get good gas mileage, too, right? That’s very grown-up. The CX-3 delivers here, too. There are no official EPA ratings for the 2016 CX-3 yet (it doesn’t go on sale in the U.S. until August or September), but Mazda estimates the front-drive CX-3 will score 29 mpg city and 35 mpg highway, while the all-wheel-drive version will rate 27 mpg city and 32 mpg highway. In our driving—involving high-speed highways, canyon runs, and both front- and all-wheel-drive versions—we never saw an average figure on the on-board trip computer of less than 31 mpg. And we weren’t being kind to it. We were pushing it.

Practical and adult as we may be, we have bills to pay. So we want something affordable. The CX-3 fits that bill too—or it should, anyway. Mazda hasn’t pinned down final U.S. pricing just yet, but it will start in the “very low $20,000s” according to the official word from the first U.S. drive of the crossover. That’s affordable by any book these days.

No matter how grown up and responsible we are, however, we don’t want to be driving the automotive equivalent of a pair of Army-issued vision correction devices. No. We want something stylish, sleek, even sexy. Beauty, as always, is in the eye of the beholder, but if there’s a sub-compact crossover (or any other crossover, for that matter) that wears better proportions, details, and overall exterior design, we haven’t seen it. The KODO design language just works here, from the low, long hood to the floating roof and the narrow glass. Inside, it’s the same story: modern, clean, even elegant in ways. Yes, there’s hard plastic all around, but it doesn’t feel cheap, and, perhaps more importantly, it doesn’t look cheap, either.

So, there you have it. The 2016 Mazda CX-3 is an impressive combination of fun and practicality in a small, attractive package. No, it’s not without its faults or compromises—but they’re pretty much the same ones you’ll find in every other subcompact crossover: the back seat is a bit tight, there’s not a ton of cargo space, and it’s not going to win many stoplight drag races. But if those are deal breakers, you are looking at the wrong segment in the first place.

For more details, including features, trims, and options, read the full review at our sister site The Car Connection. 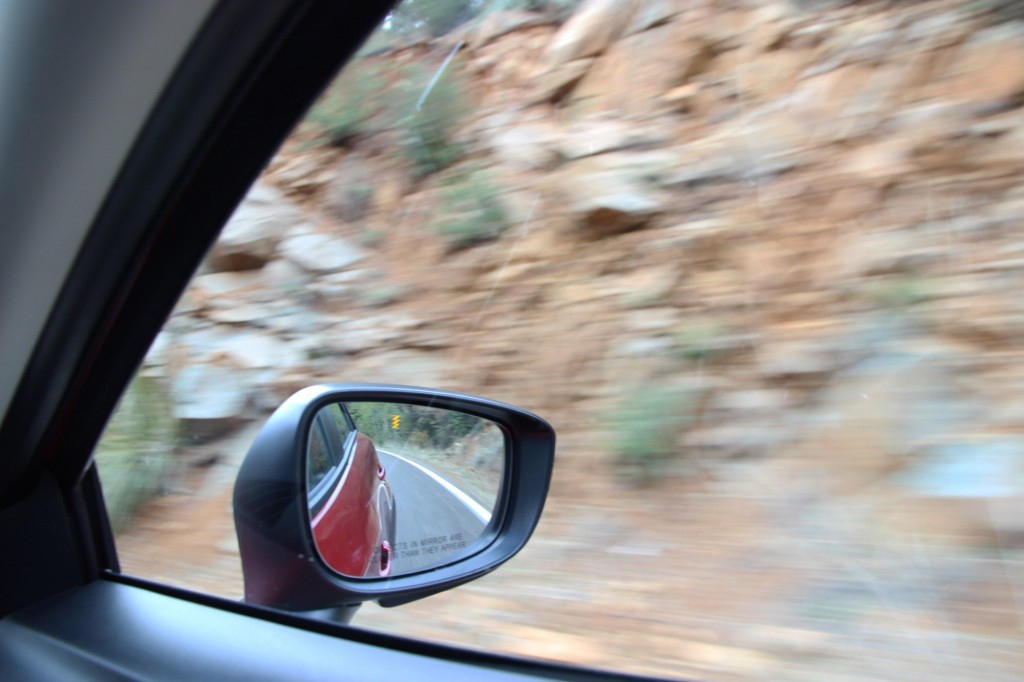