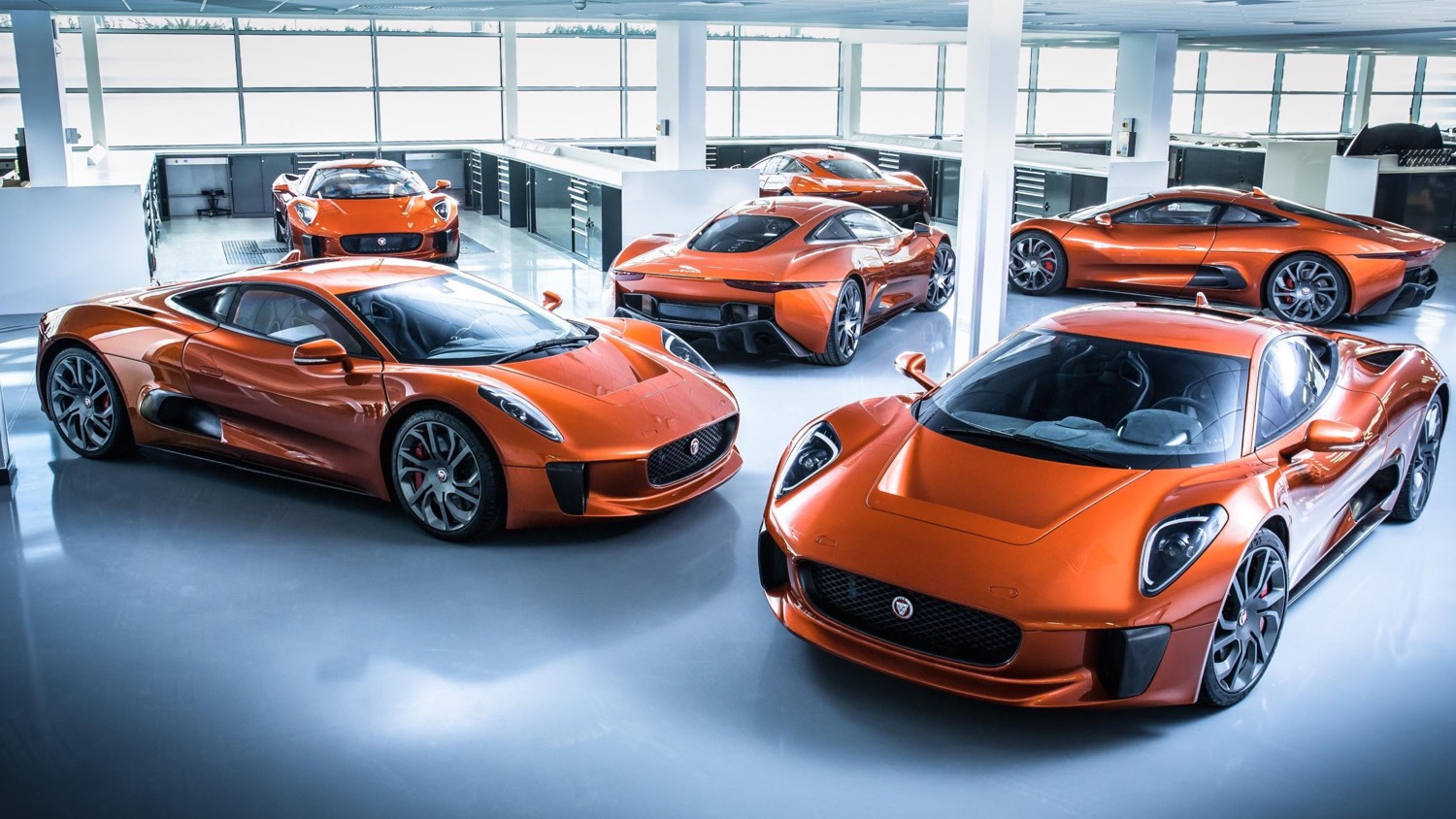 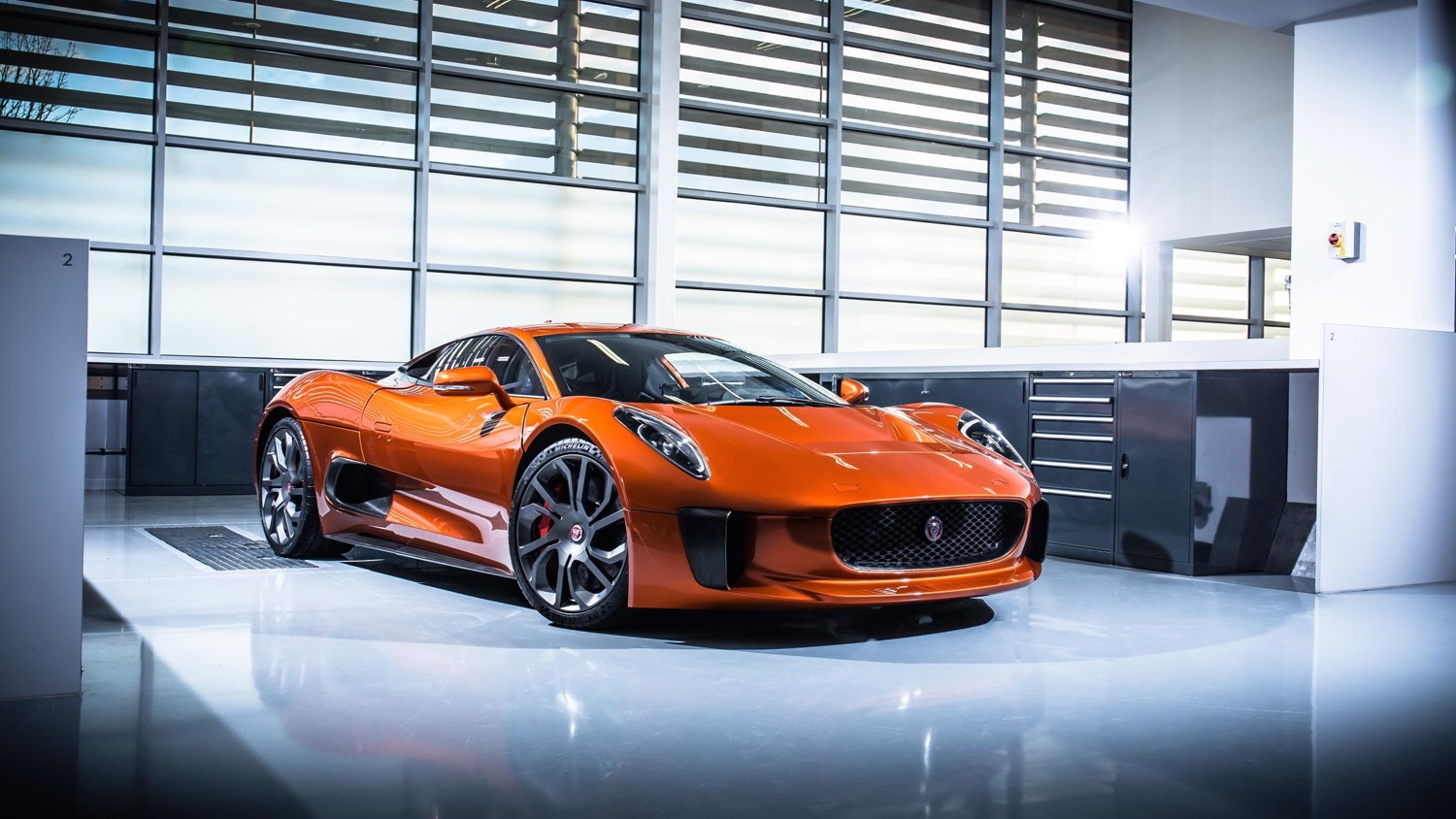 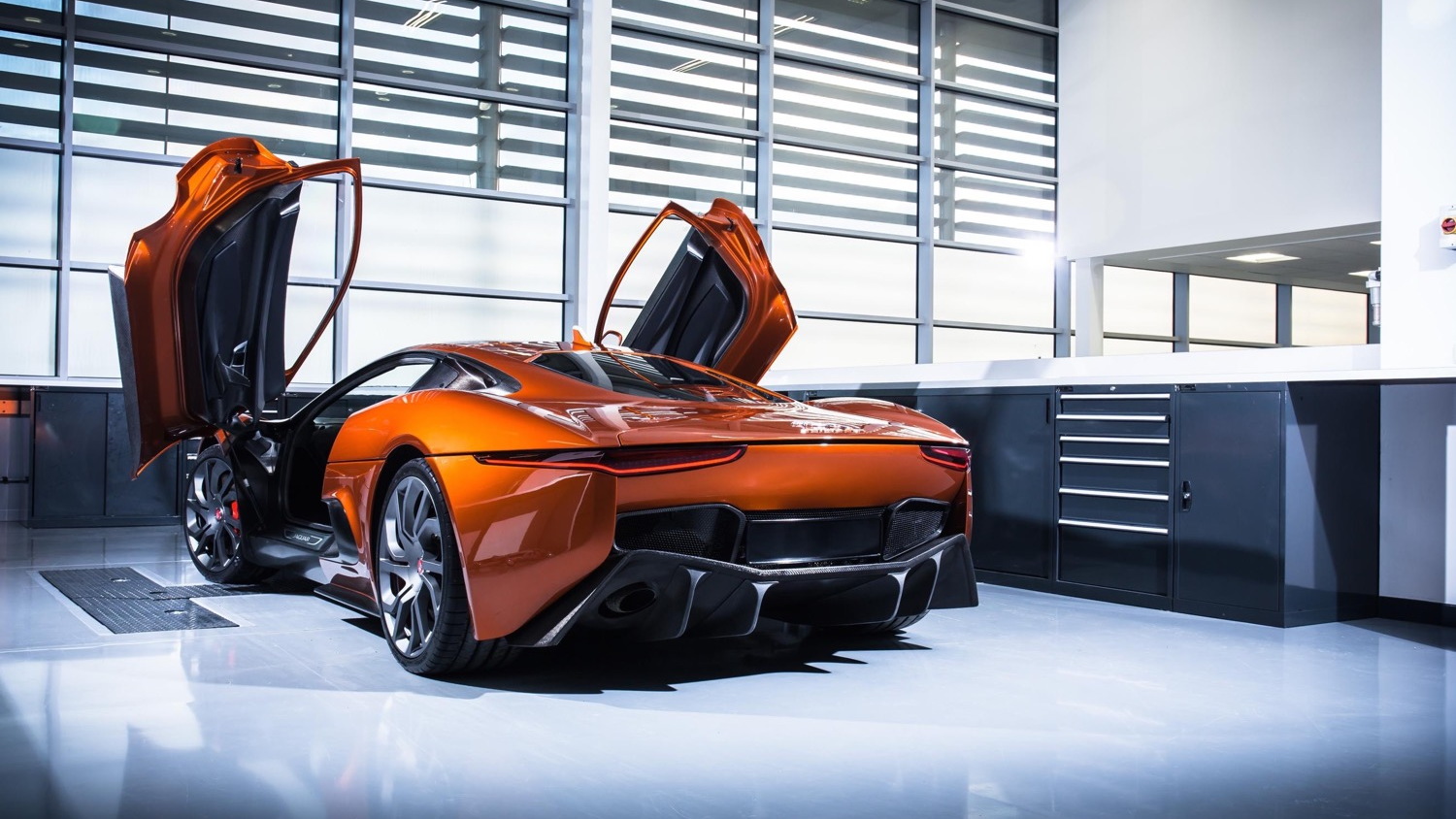 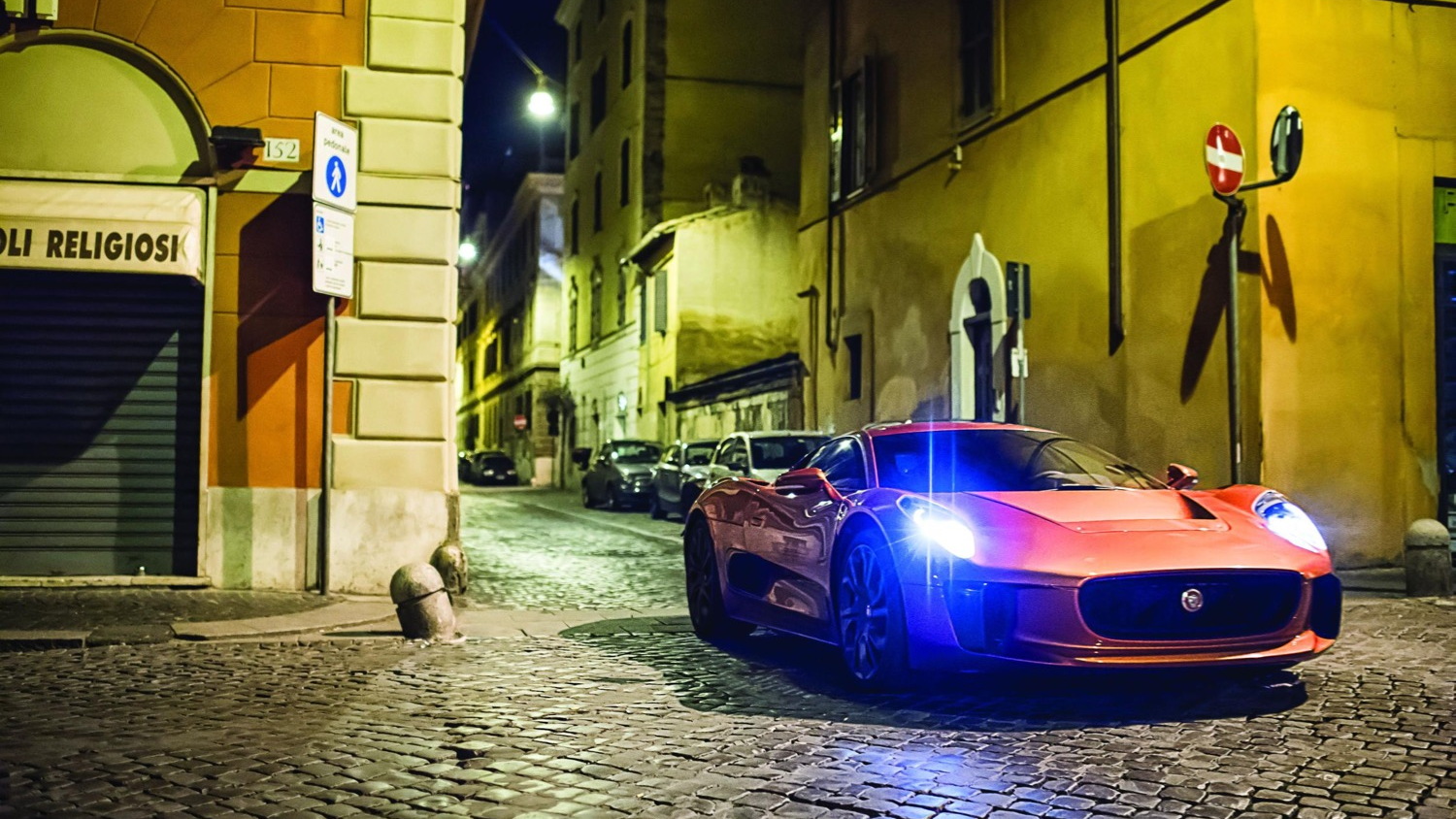 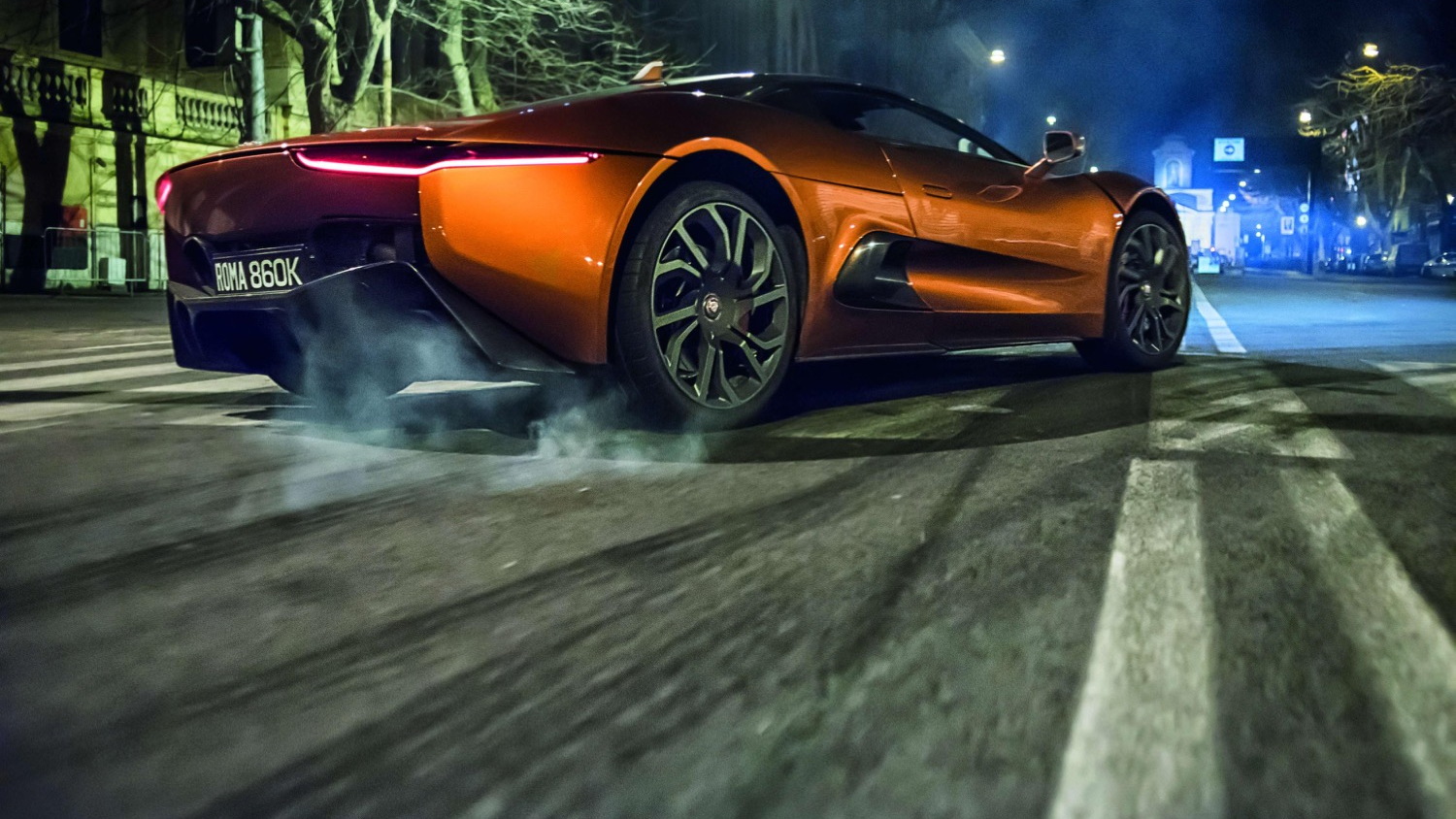 The most eye-catching part of the lineup is easily the Jaguar C-X75, which will be piloted by the villain Hinx (played by Dave Bautista) in the movie. The car has already been spotted on location in Rome, for what will apparently be a nighttime chase scene through the city's streets.

The C-X75's story has enough intrigue to fill a spy novel. The hybrid supercar was first unveiled at the 2010 Paris Motor Show, with a powertrain that included two small turbines. Jaguar later tried to put the C-X75 into production, teaming up with Williams Advanced Engineering and substituting a 1.6-liter gasoline engine for the turbines. The project was eventually scrapped, but the C-X75 will finally get its moment of glory on the big screen.

Some modified Land Rover Defenders and a Range Rover Sport SVR will also be featured in scenes that take place in the Austrian alps. All of the Land Rovers get some add-ons to make them look more off-road ready, including bigger tires, tubular roof racks on the Defenders, and an LED light bar on the Range Rover Sport.

All of the movie cars were prepped by Jaguar Land Rover's Special Vehicle Operations (SVO) division. This is the special projects unit of the company established last year to handle limited-edition models like the Range Rover Sport SVR, Range Rover SVAutobiography, and Jaguar F-Type Project 7, as well classic car projects and customization work.

Of course, 007 himself will stick with an Aston Martin for this latest installment. The DB10 was designed specifically to appear in Spectre, and production was limited to the number of cars required to satisfy filming needs. Just 10 cars were built, and most were likely destroyed during filming.

Spectre will be released in the United Kingdom in October, followed by a United States release in November. In the meantime, read the rest of our Frankfurt Auto Show coverage over at our dedicated hub.