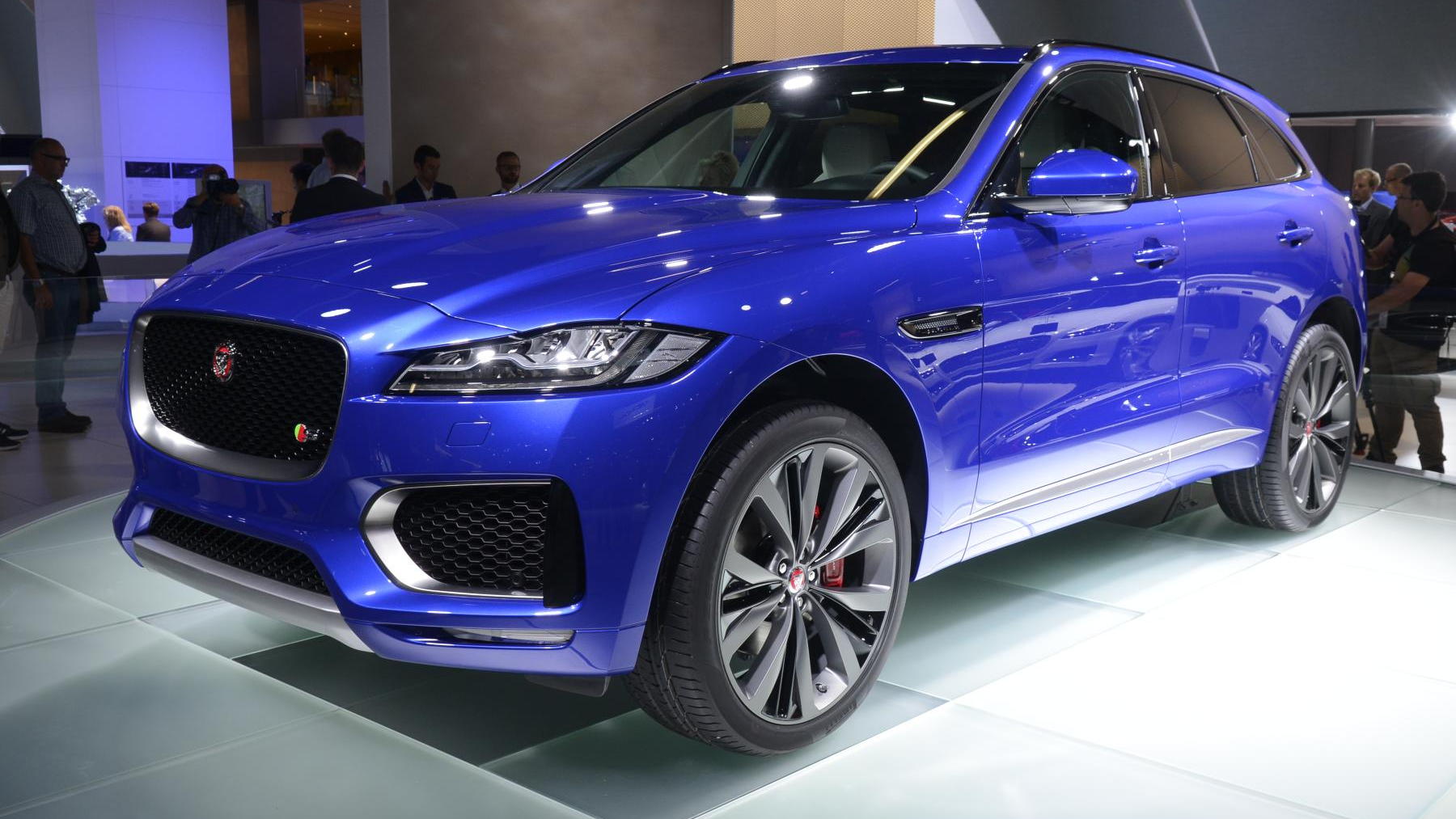 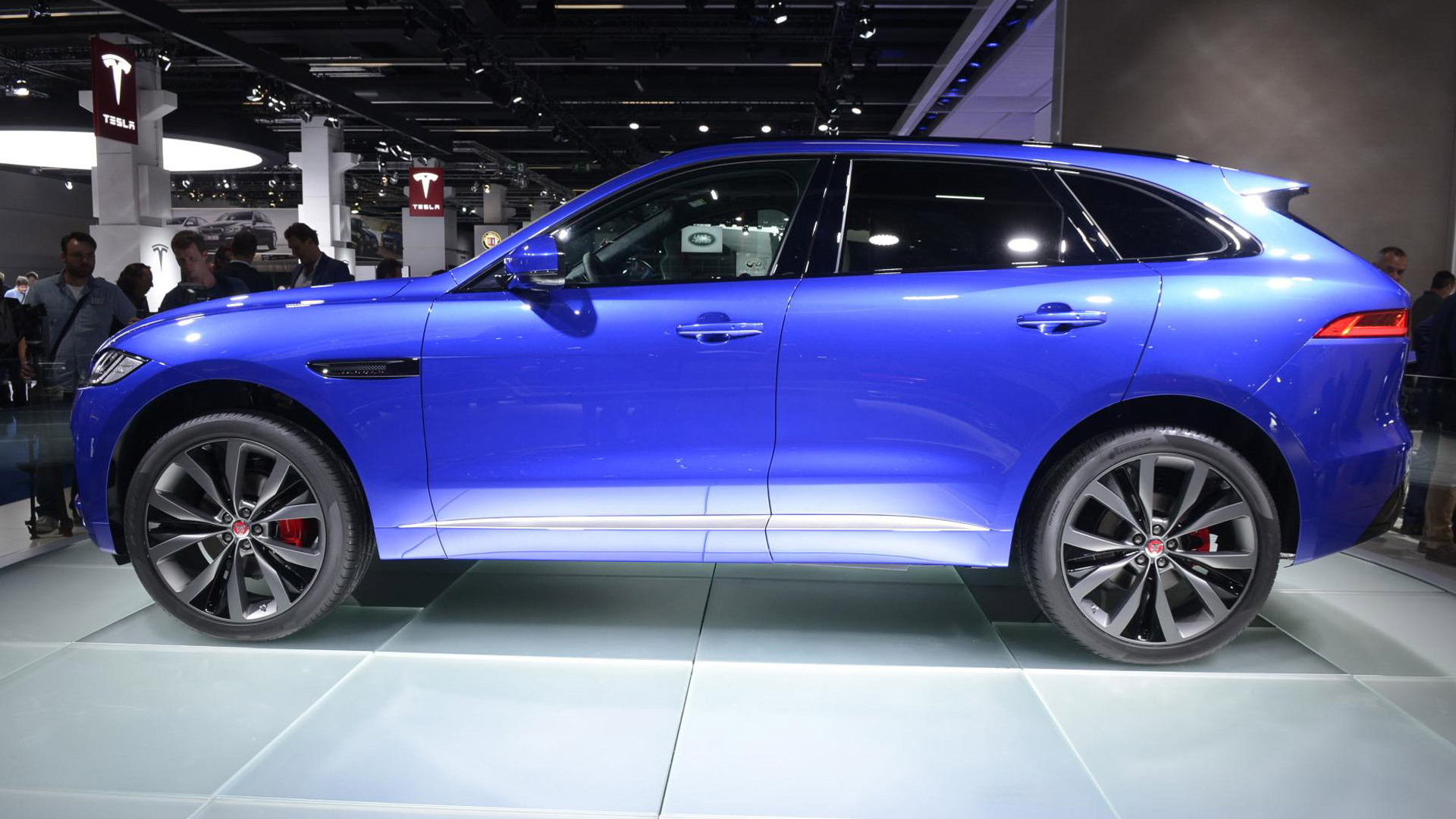 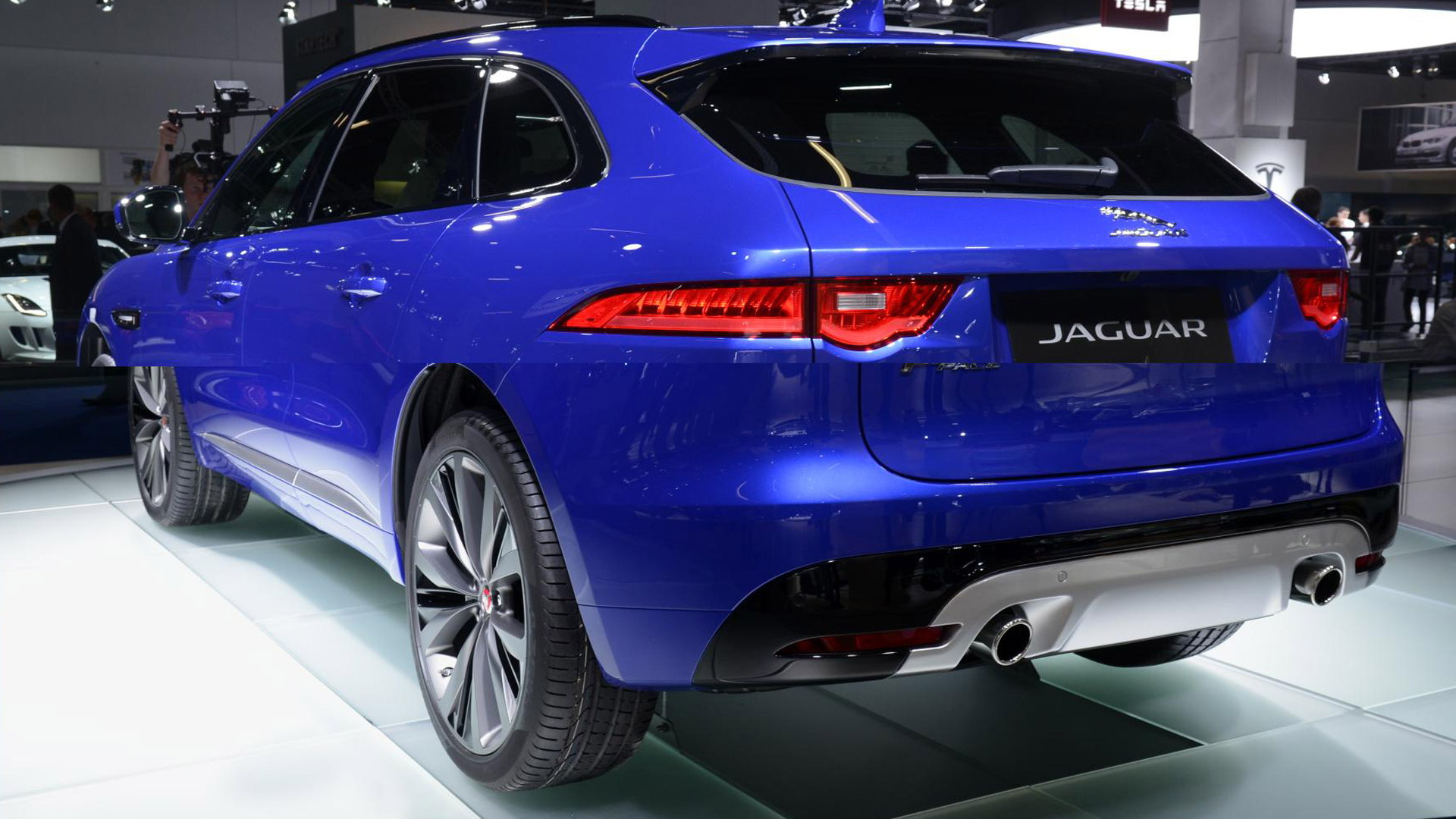 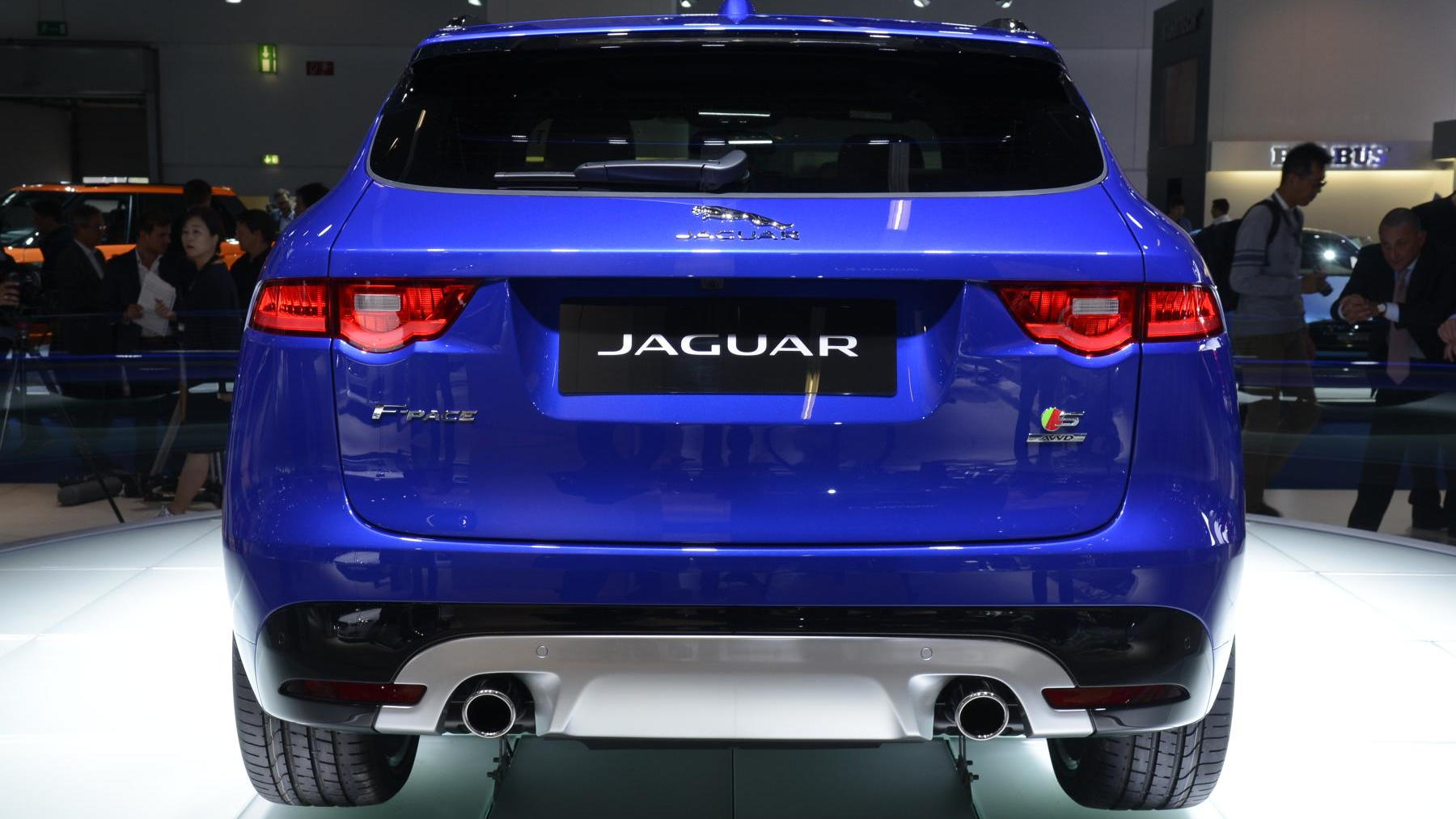 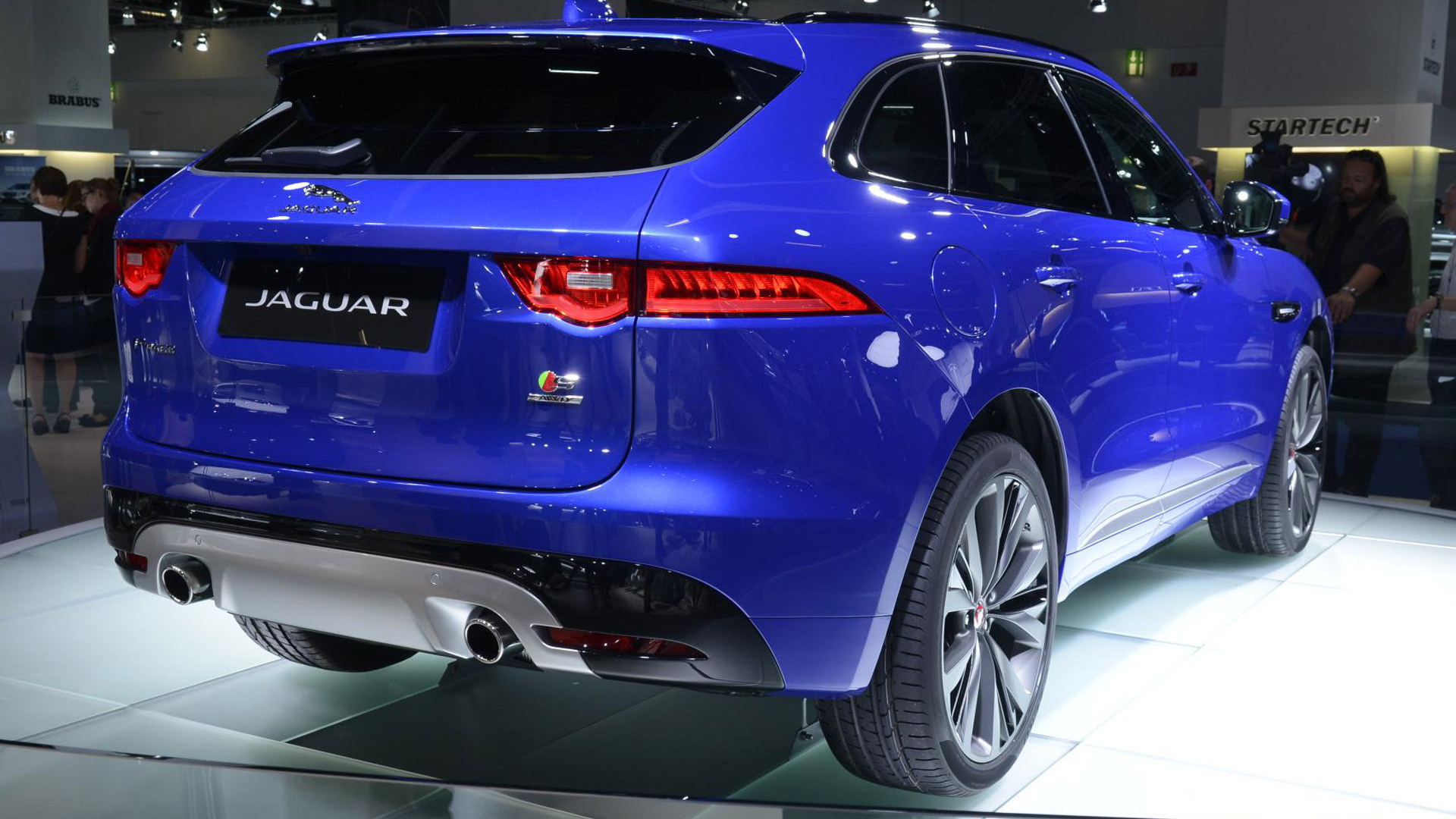 When you think of British SUVs, you think of Land Rover. Rightly so. But now, you’re going to have to add another off-roader to the U.K.'s column, because this year, Jaguar is introducing the 2017 F-Pace, its first crossover SUV, ever.

The F-Pace won’t be confused at all for its Land Rover stablemates. Though it’s also made from aluminum, the F-Pace has a striking, curvaceous shape, with LED lighting in all the right places. It’s a sleek-looking machine from the side, with a roofline that tapers quickly toward the rear end. And like the F-Type sports car, the F-Pace has a glowing LED semicircle styled into its taillamps.

The cabin is elegant and spare, with big touchscreens bringing the design to life. On top versions, a massive 10-inch screen with gesture controls dominates the horizontally themed dash—and it’s teamed with a 12.3-inch screen that replaces conventional gauges. It’s still a Jaguar, though, and that means tasteful amounts of leather, wood, and chrome finishing off the cockpit.

Performance comes from the same engines that power Jaguar’s spirited new XF and XE sedans. When it goes on sale early next year, the F-Pace will offer two versions of the same 3.0-liter supercharged V-6—one with 340 horsepower, the uprated S version with 380 horsepower. That version will run to 60 mph in 5.1 seconds, Jaguar says, and will reach a top speed of 155 mph. A turbodiesel and a gas turbo four are planned for future versions.

Standard all-wheel drive and electric power steering are set up for fun, with a power bias to the rear and a slew of driver-selectable modes for driving quickly on any surface, from snow to dry pavement. And as for bona fides: the F-Pace has 8.4 inches of ground clearance, and can wade through almost 2 feet of water.

The F-Pace is a five-seater, with a high driving position and a commanding view of the road. For back-seat passengers, there’s a power seat recline. The seats can fold down flat to open up a vast cargo area, and the cargo floor is reversible—from carpet to rubber, depending on what you’re carrying home.

And elsewhere on the tech front, the F-Pace comes with one of Jaguar’s new infotainment interfaces. The base version gets an eight-inch screen with steering-wheel controls and voice commands. The fancy setup? It’s called InControl Touch Pro, and has a 10-inch screen, gesture controls, and a customizable homepage. It’s paired with a navigation system, an 825-watt sound system, and compatibility with both Android Auto and Apple CarPlay.