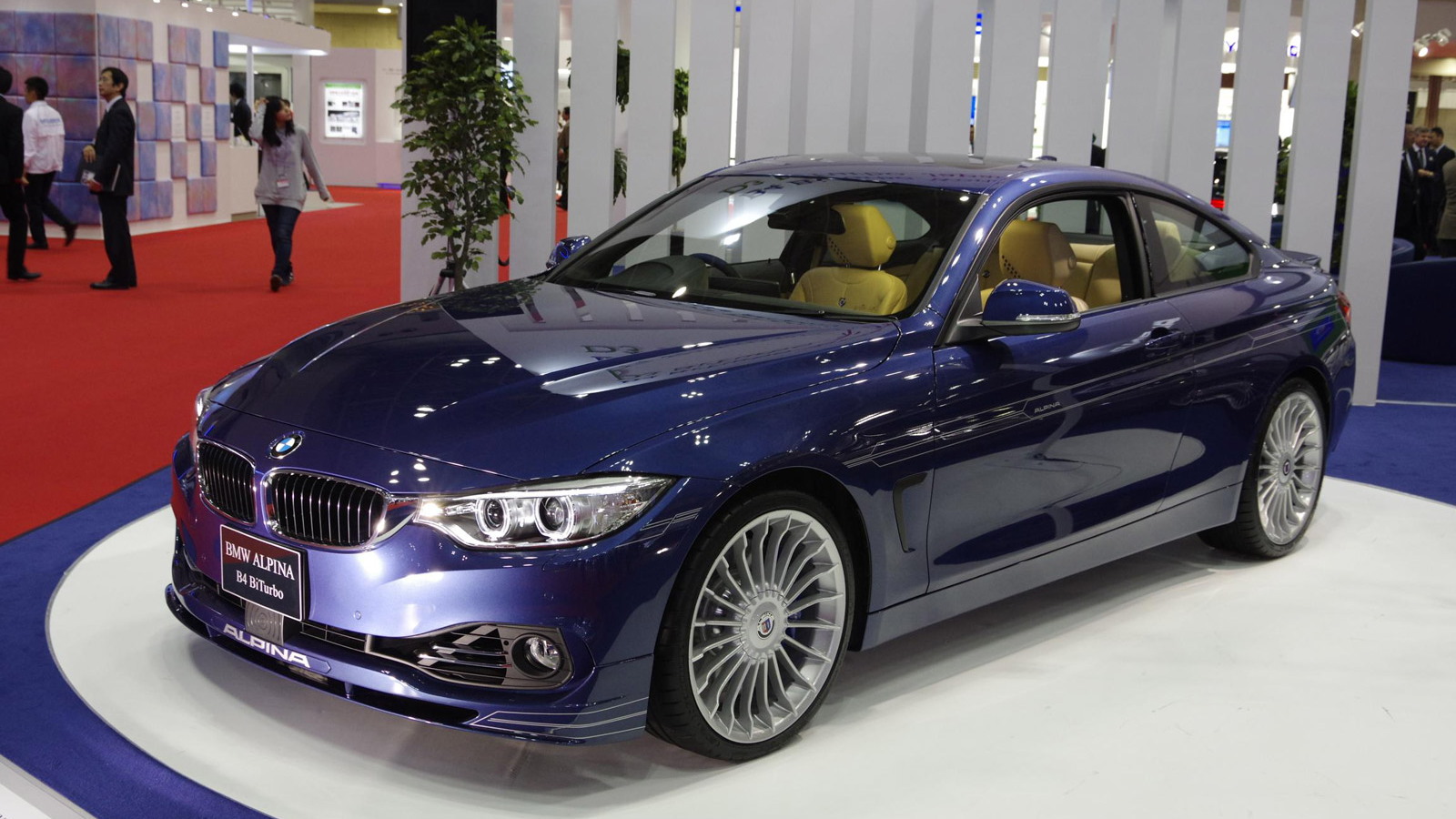 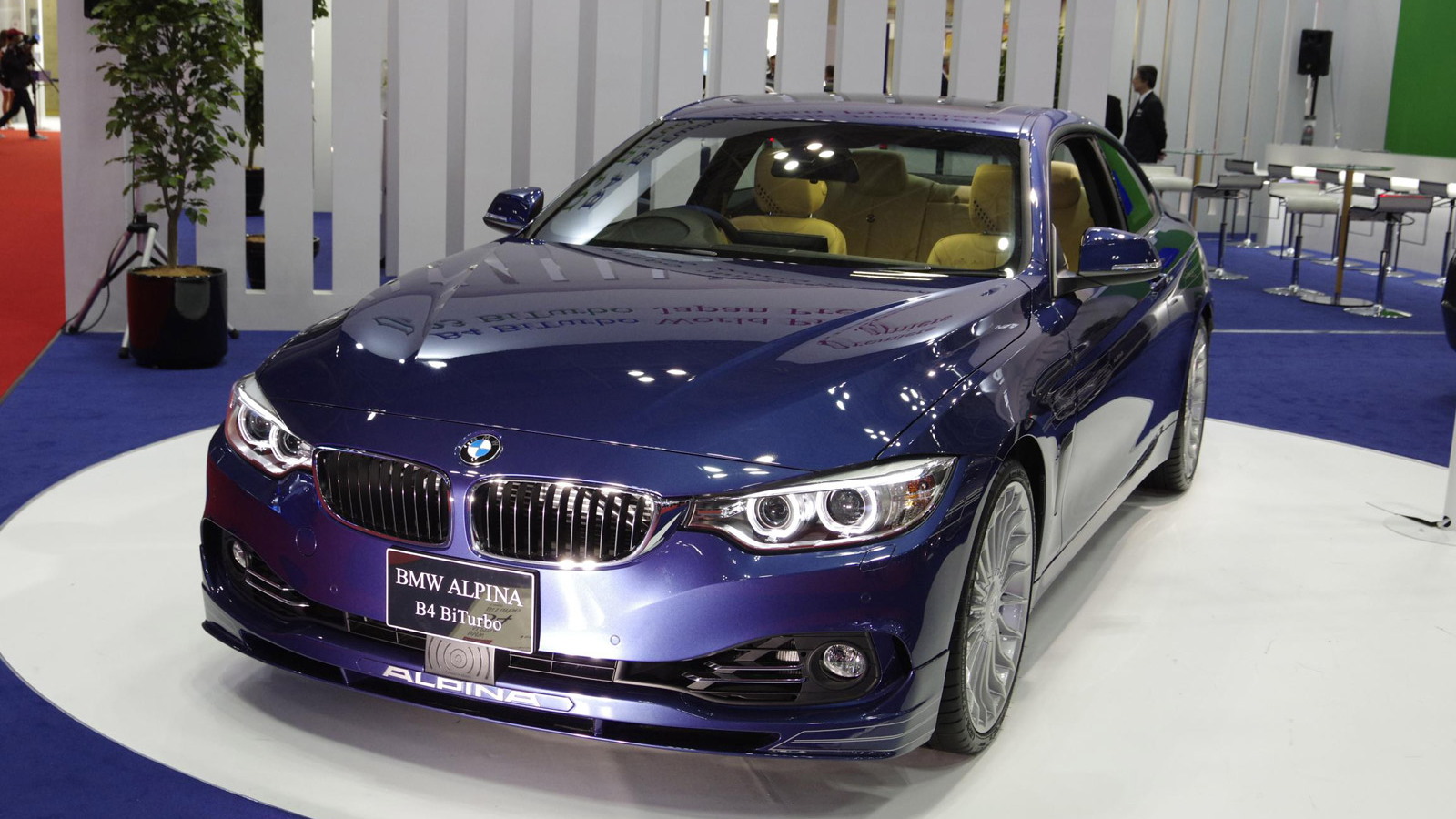 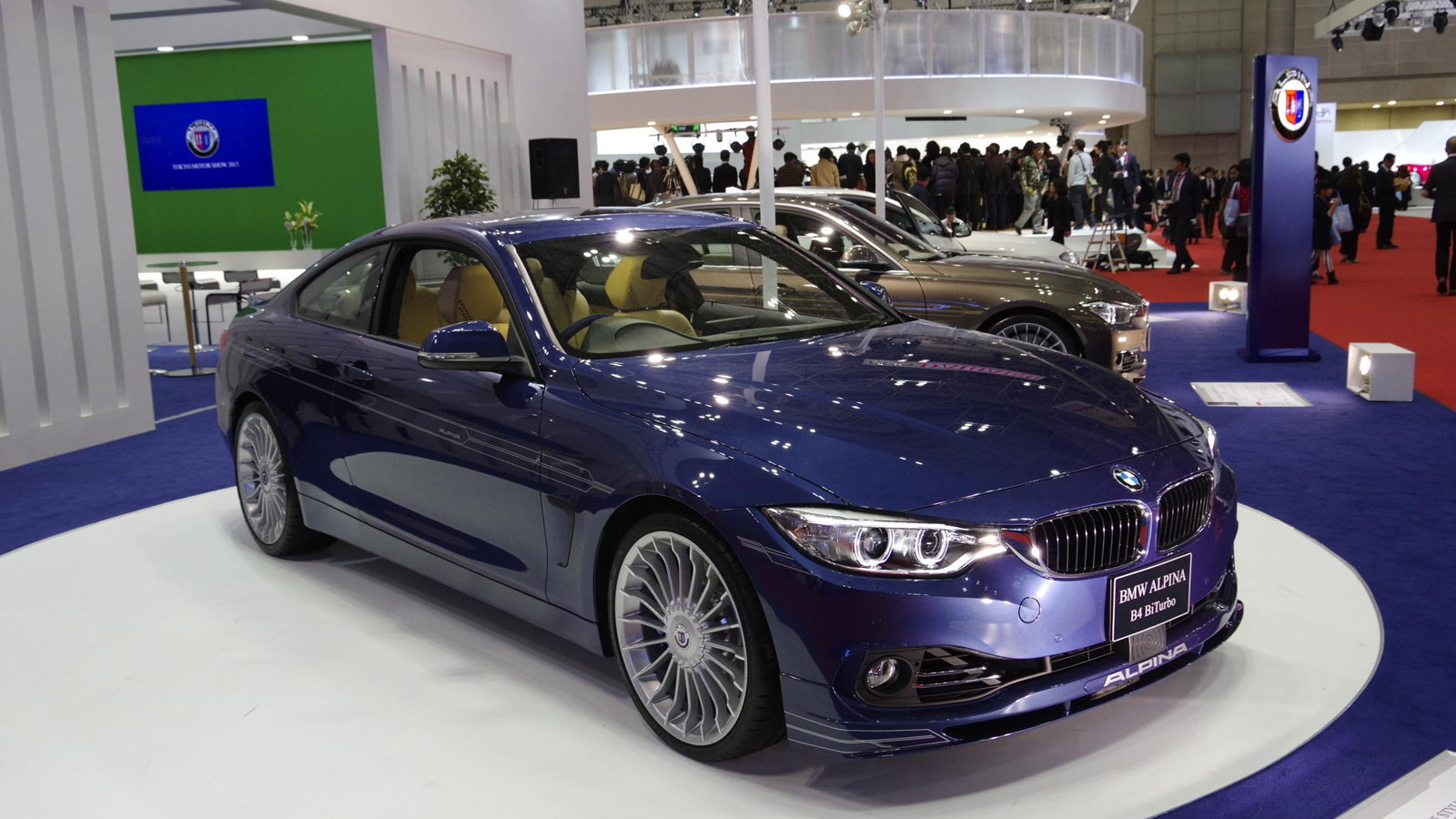 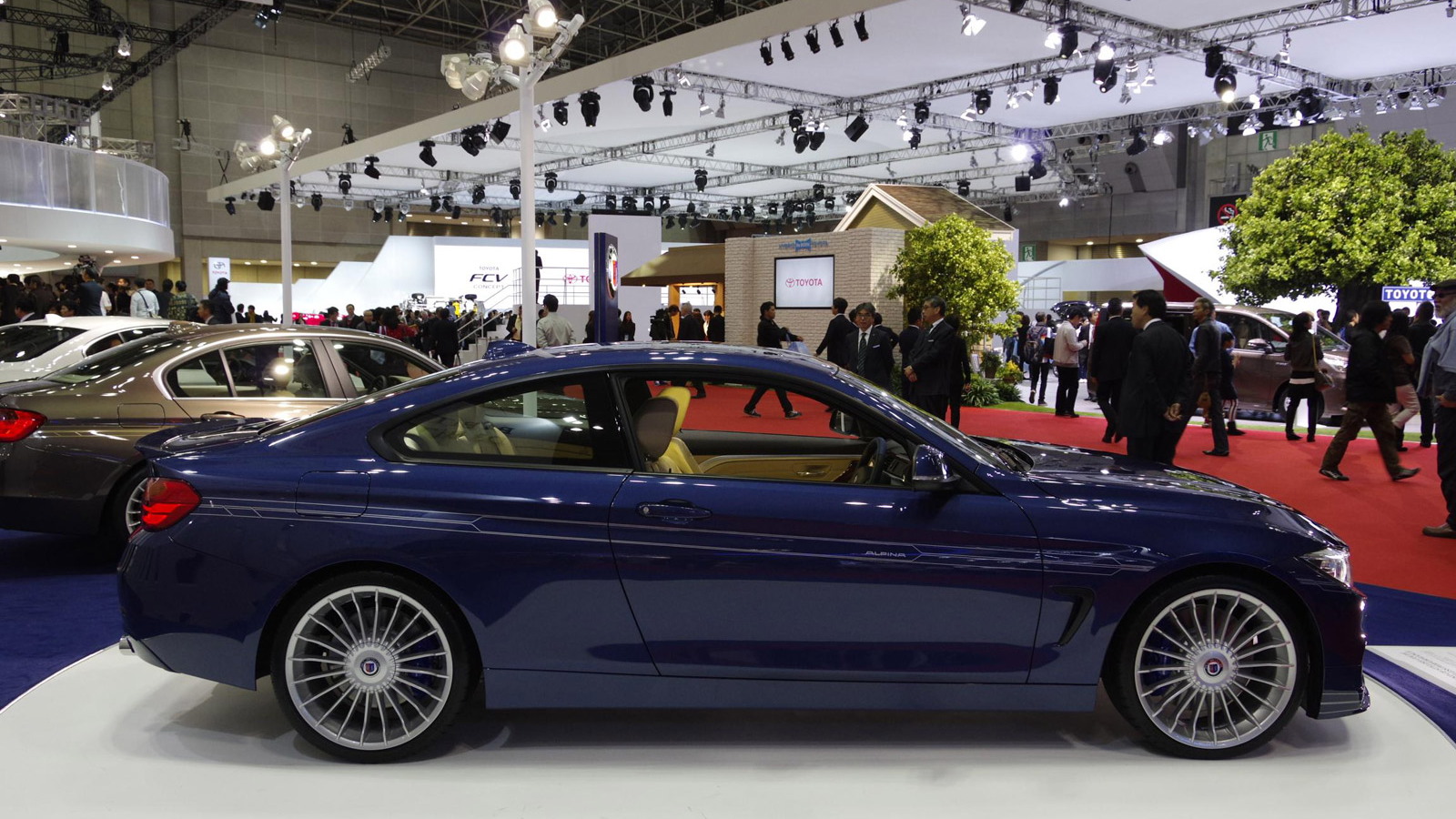 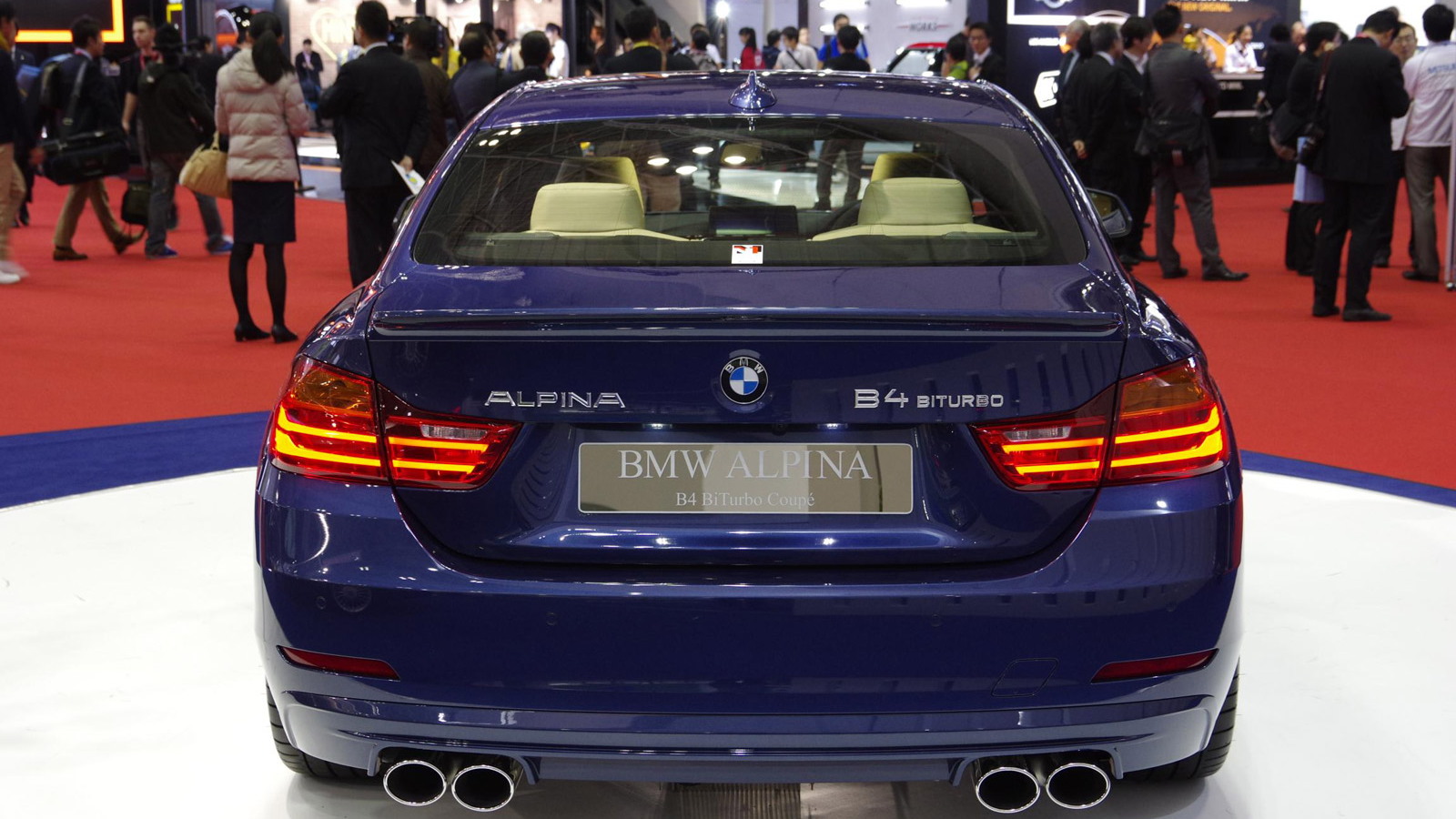 13
photos
Legendary BMW tuner Alpina is expanding its range with a brand new line, the B4, now that BMW’s 3-Series Coupe has been replaced by the 4-Series. The car made its debut this week in B4 Biturbo trim at the 2013 Tokyo Motor Show, where Alpina also showed off its B3 model based on the BMW 3-Series sedan.

The B4 Biturbo is based on BMW’s 435i which comes standard with a twin-turbocharged 3.0-liter straight-six. Extensive modifications, however, sees the car’s output rise to 410 horsepower and 442 pound-feet of torque. What’s more impressive is that as much as 405 pound-feet of torque is generated from as low as 2,200 rpm and maintained all the way up to 5,200 rpm.

Mated to a ZF eight-speed automatic transmission, the tuned engine helps accelerate the svelte coupe from 0-62 mph in just 4.2 seconds. It will reach 124 mph in 14 seconds and keep accelerating until it reaches a top speed of 189 mph. Like the engine, the transmission has also been extensively adapted to suit the performance characteristics of the new B4 Biturbo.

For the chassis, Alpina engineers added suspension with adjustable dampers as well as performance springs, bump stops and stabilisers. The system allows the driver to select from “Eco Pro”, “Comfort”, “Sport” and “Sport+” modes to vary the suspension settings, transmission shift speed, and steering and throttle response.

Deceleration is taken care of by a high-performance brake system with aluminum calipers (four-piston at the front, two-piston at the rear). The wheels measure 20 inches across and feature Alpina’s signature multi-spoke design. The tires are Michelin Pilot Super Sports.

To visually set the car apart from the 4-Series coupe on which it’s based, Alpina has dressed its B4 Biturbo up with a custom bodykit and a quad-exhaust pipe design. A discreet rear spoiler has also been added to the trunk lid.

Rear-wheel drive is standard but Alpina is also offering the B4 Biturbo with all-wheel drive. Sales commence in May 2014.