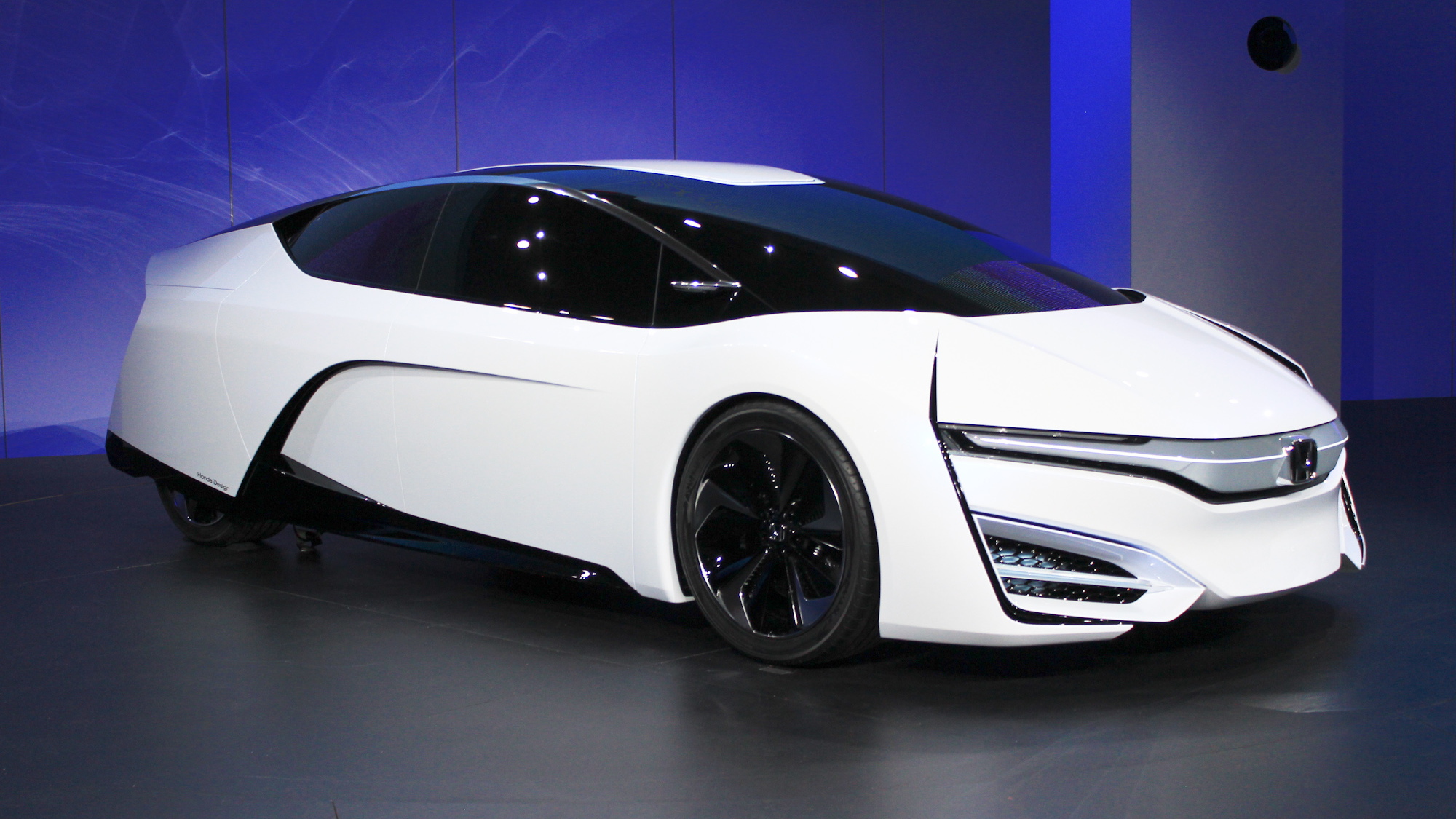 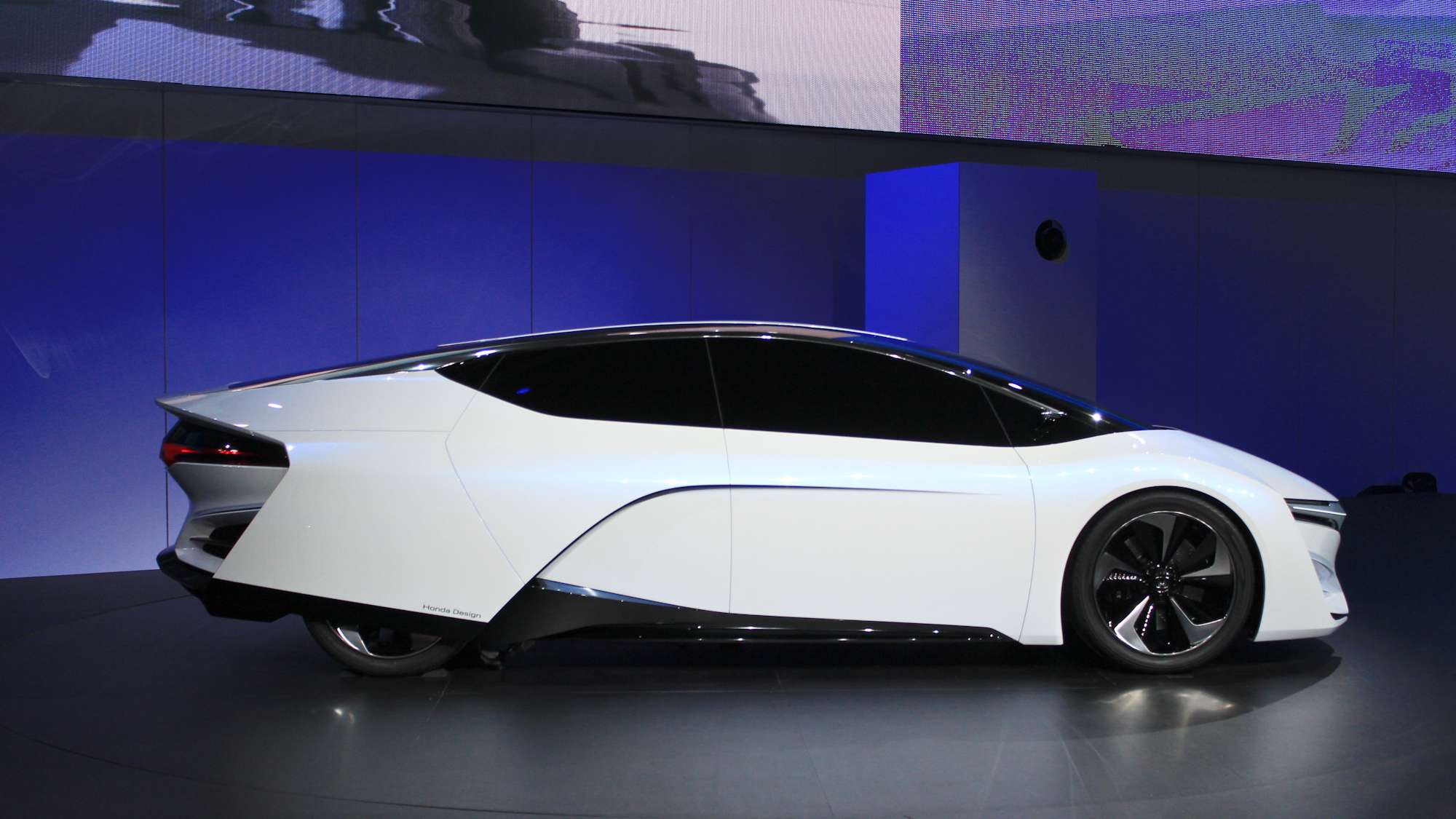 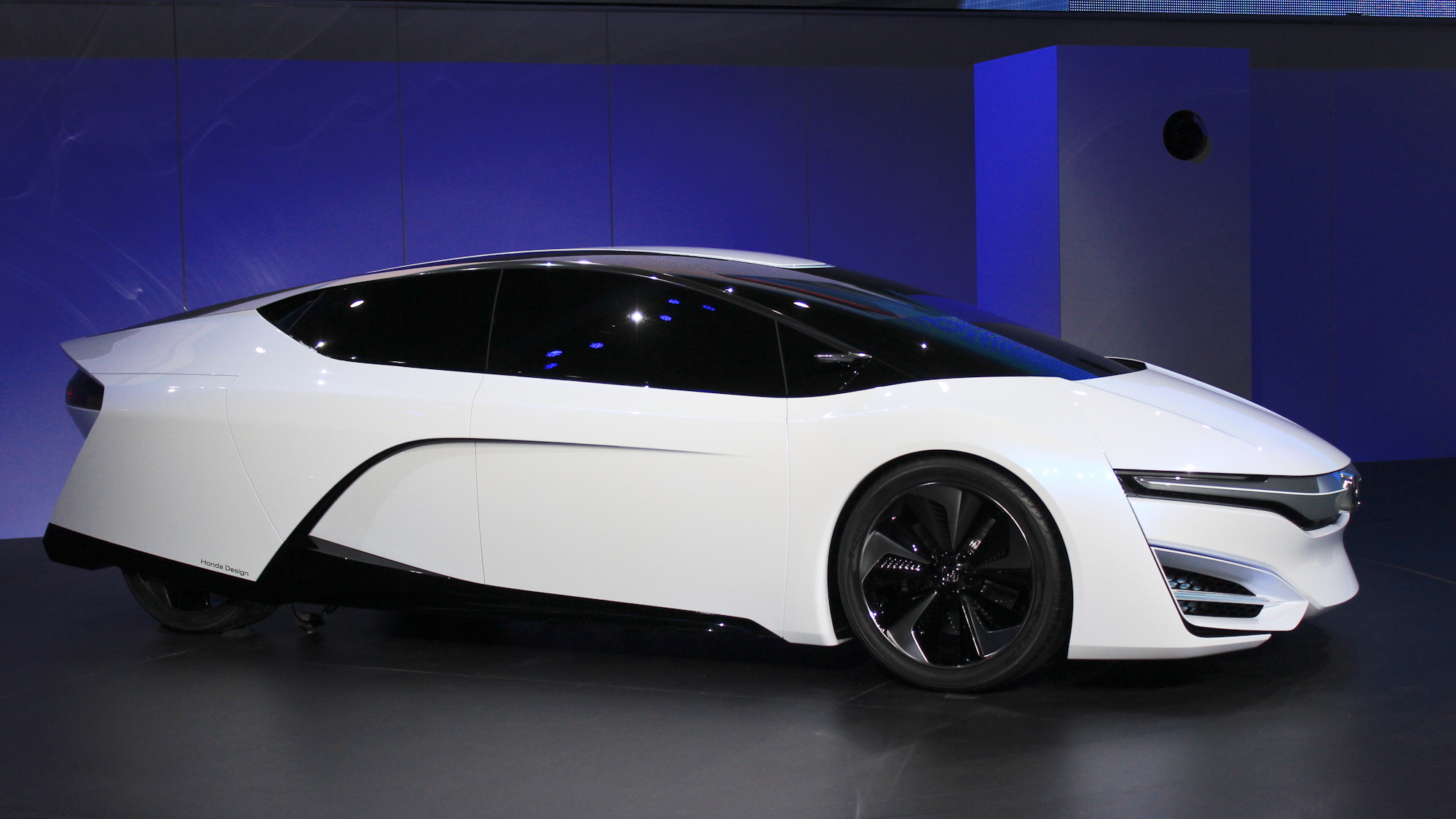 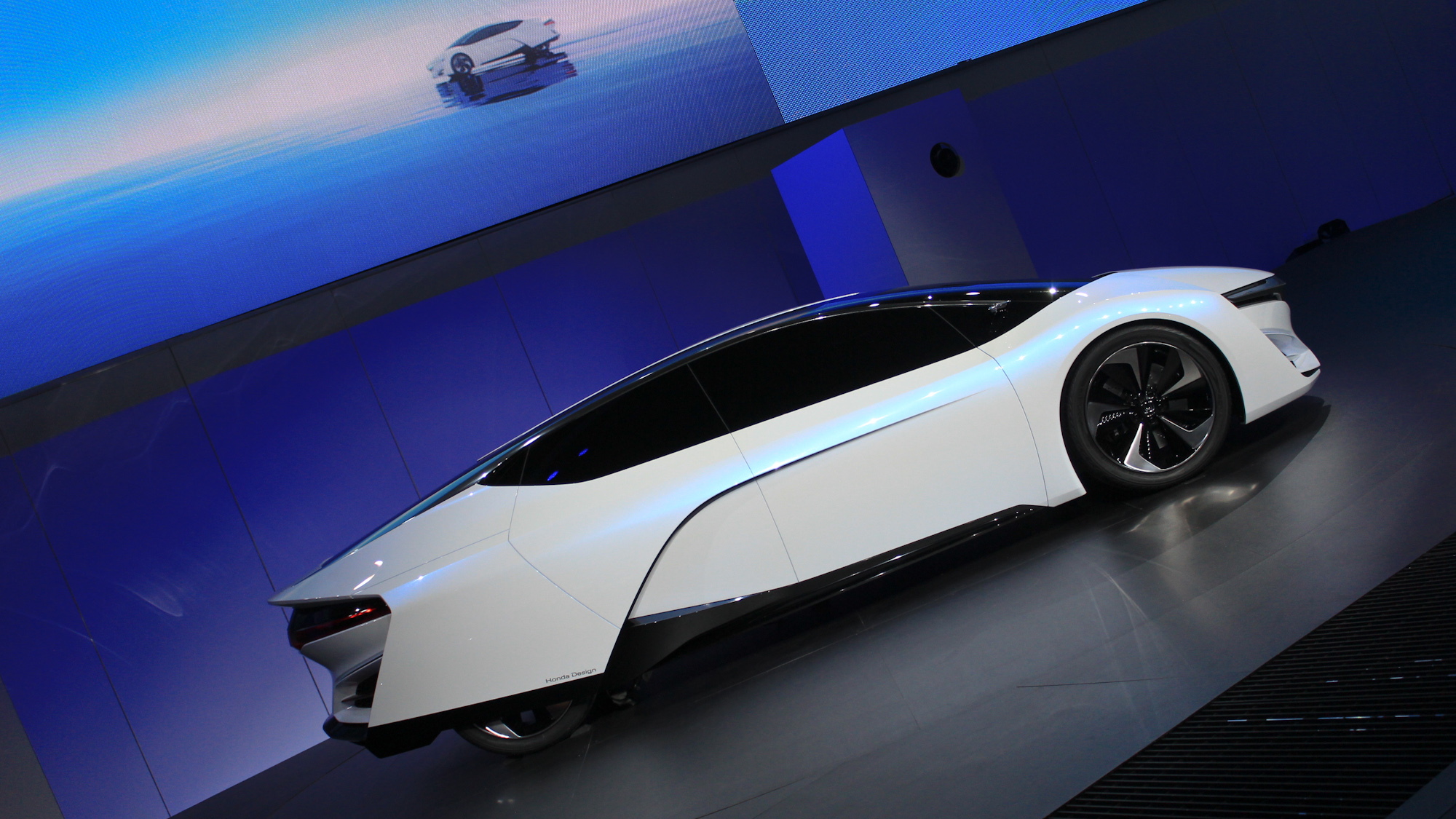 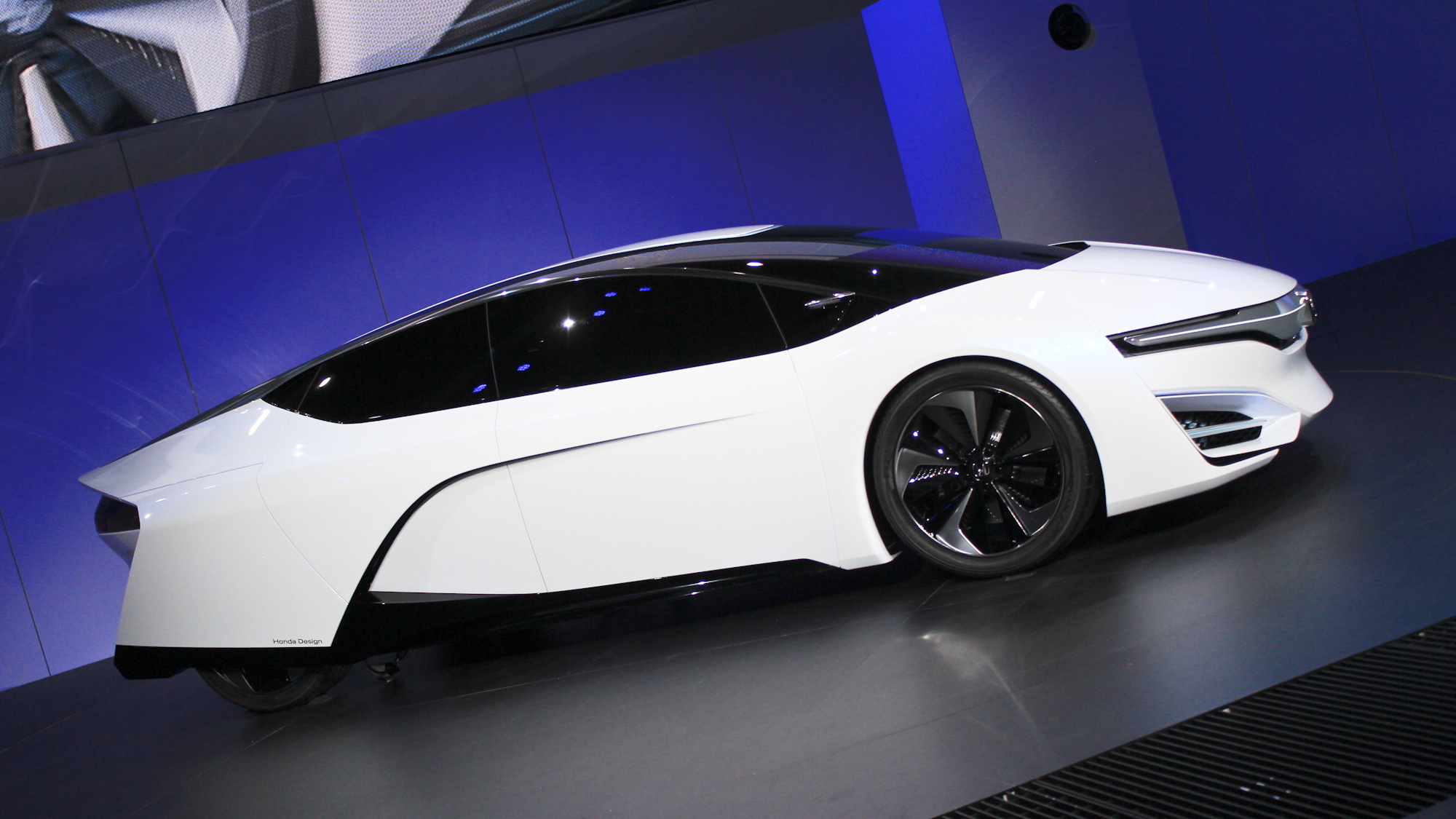 The Honda FCEV fuel cell vehicle concept was unveiled at the 2013 Los Angeles Auto Show this week. The FCEV previews the styling of the successor to the Honda FCX Clarity, which is scheduled to go on sale in 2015.

If the production version looks anything like this concept, it will make quite a statement. With its long wheelbase, short overhangs, and enclosed rear wheels, the FCEV is quite sleek. The overall look is that of a first-generation Honda Insight blended with the recent Volkswagen XL1.The jowl-like vertical lines framing the front and rear fascias give the car a little visual muscle as well.

Despite the low roofline and extreme windshield rake, Honda says there's seating for five in the FCEV's cabin because of a more efficiently-packaged powertrain. That powertrain includes a fuel-cell stack with more than 100 kilowatts (134 horsepower) of output, that is also 33 percent smaller than the one in the FCX Clarity. Honda estimates range at around 300 miles, with a refueling time of about three minutes.

Honda has been an industry leader in fuel cells. In 2002, it became the first automaker to put fuel-cell cars in customer hands, when it leased the original FCX to fleets and, later, individual buyers. It launched the FCX Clarity in July 2008, and a handful are still on the road.

Honda might need the help, because this time its fuel cell car will have competition. Toyota plans to launch one of its own, also in 2015. It will be based on the updated FCV concept that debuted at the 2013 Tokyo Motor Show.

That means 2015 should be a very interesting year... for fuel cell fans.

For more from the 2013 Los Angeles Auto Show, check out our dedicated hub.