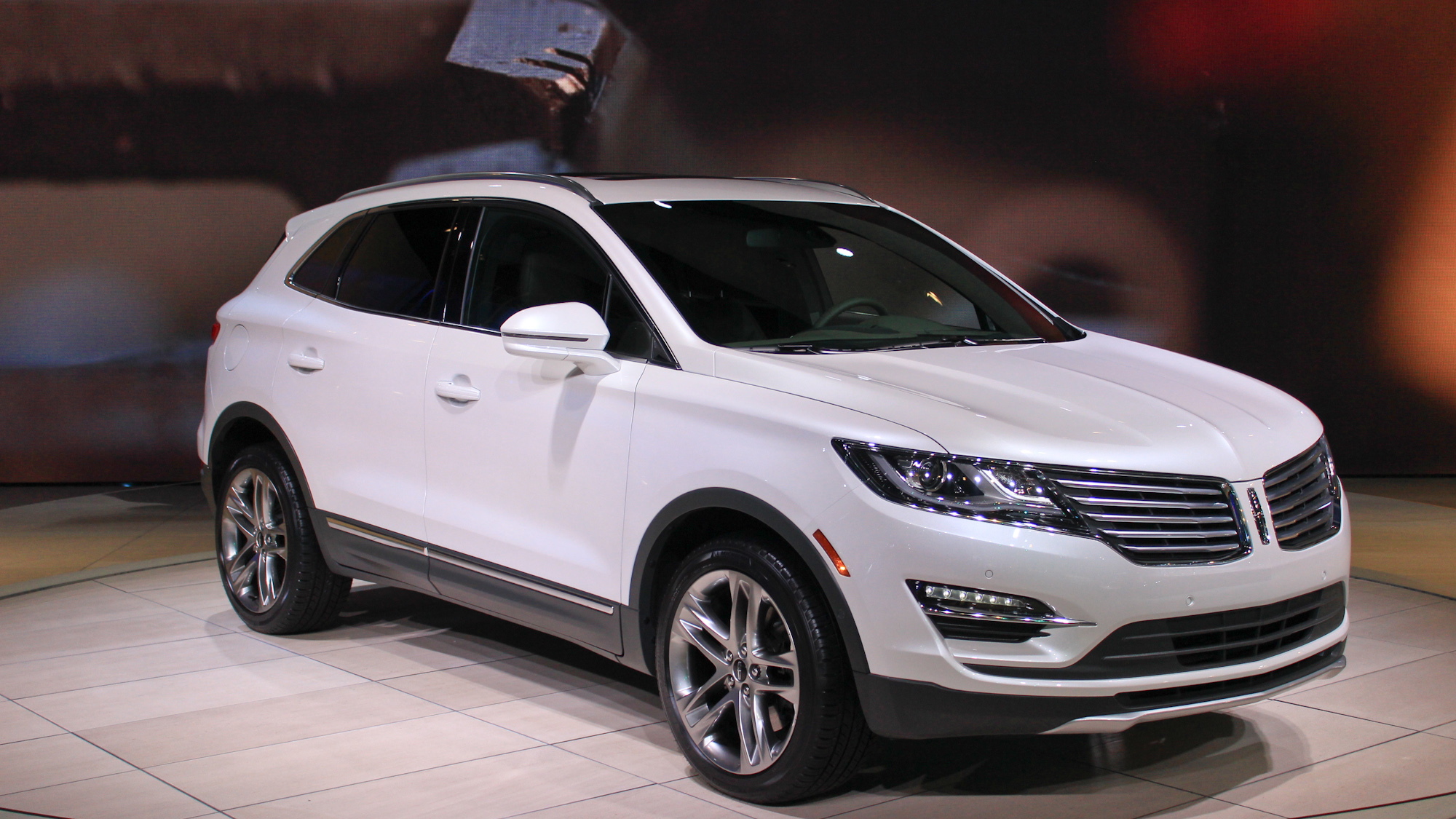 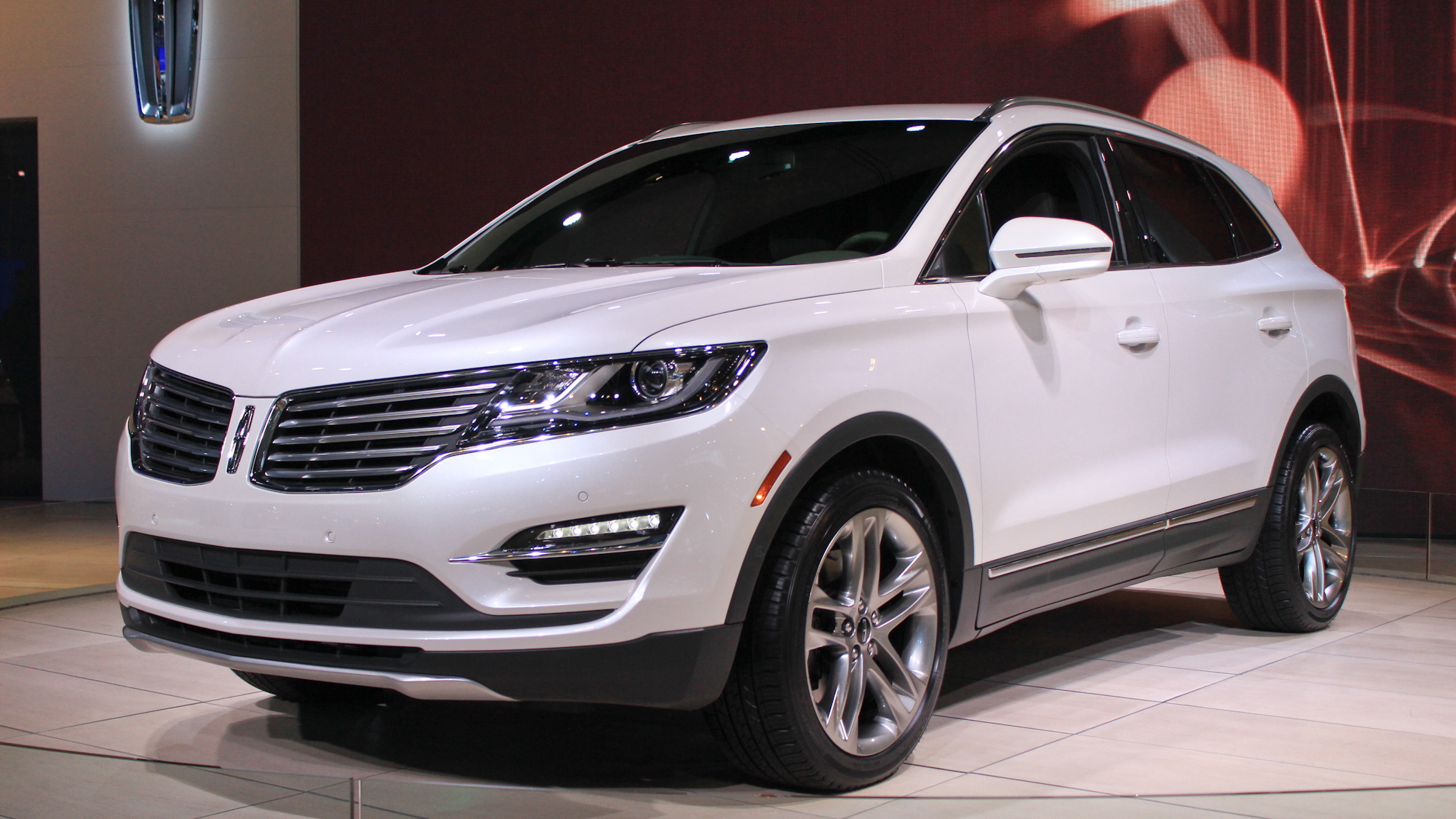 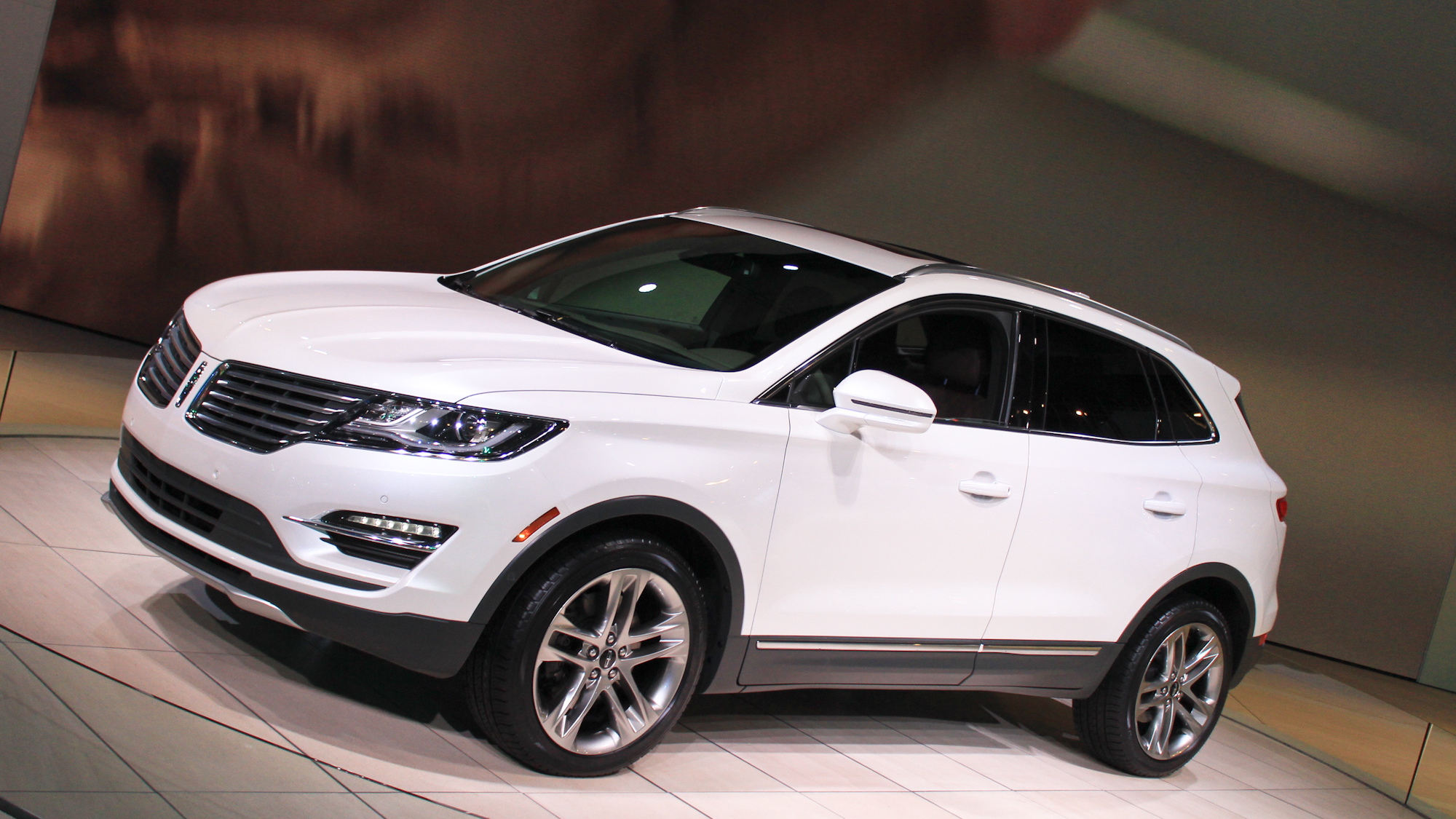 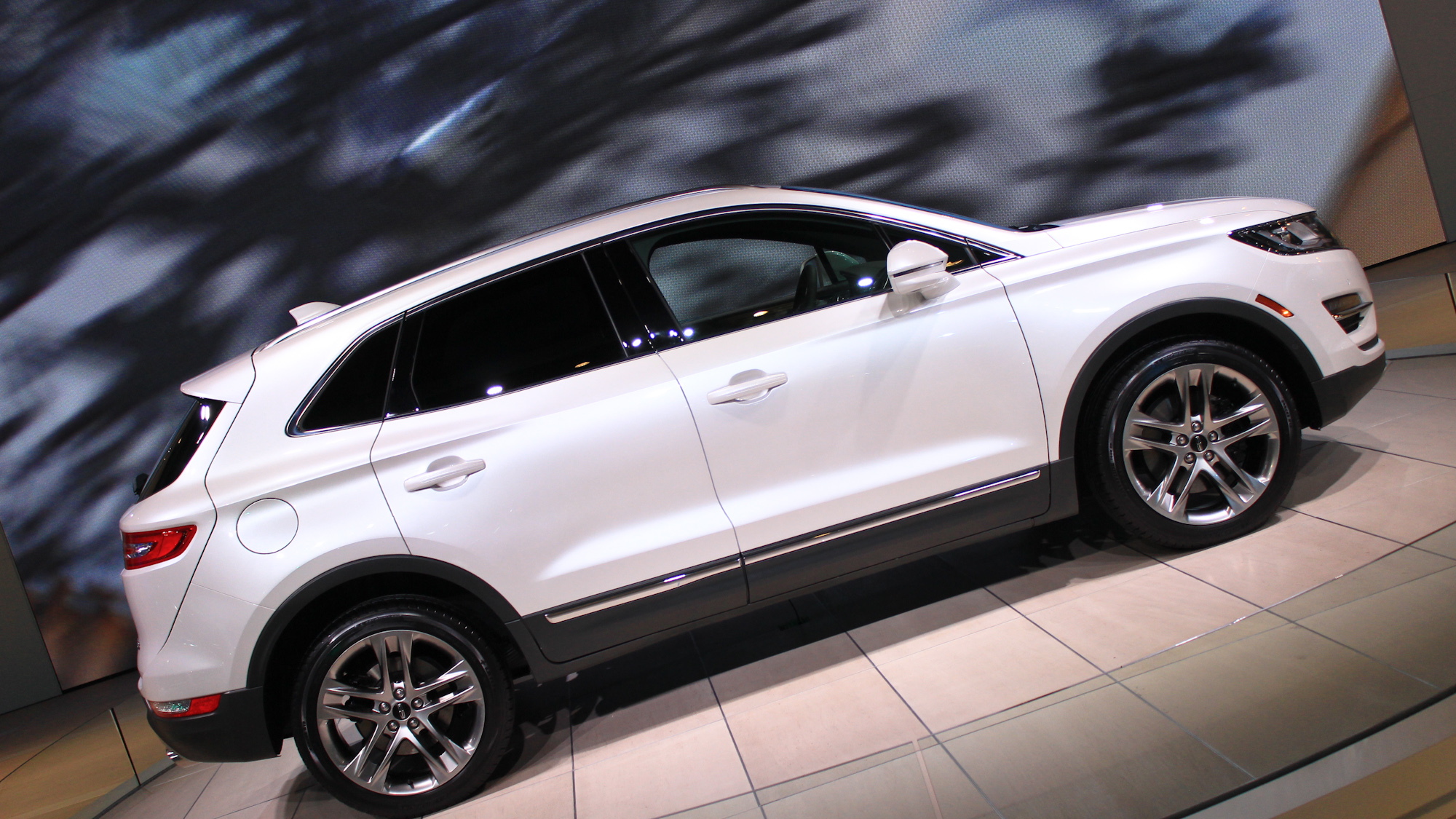 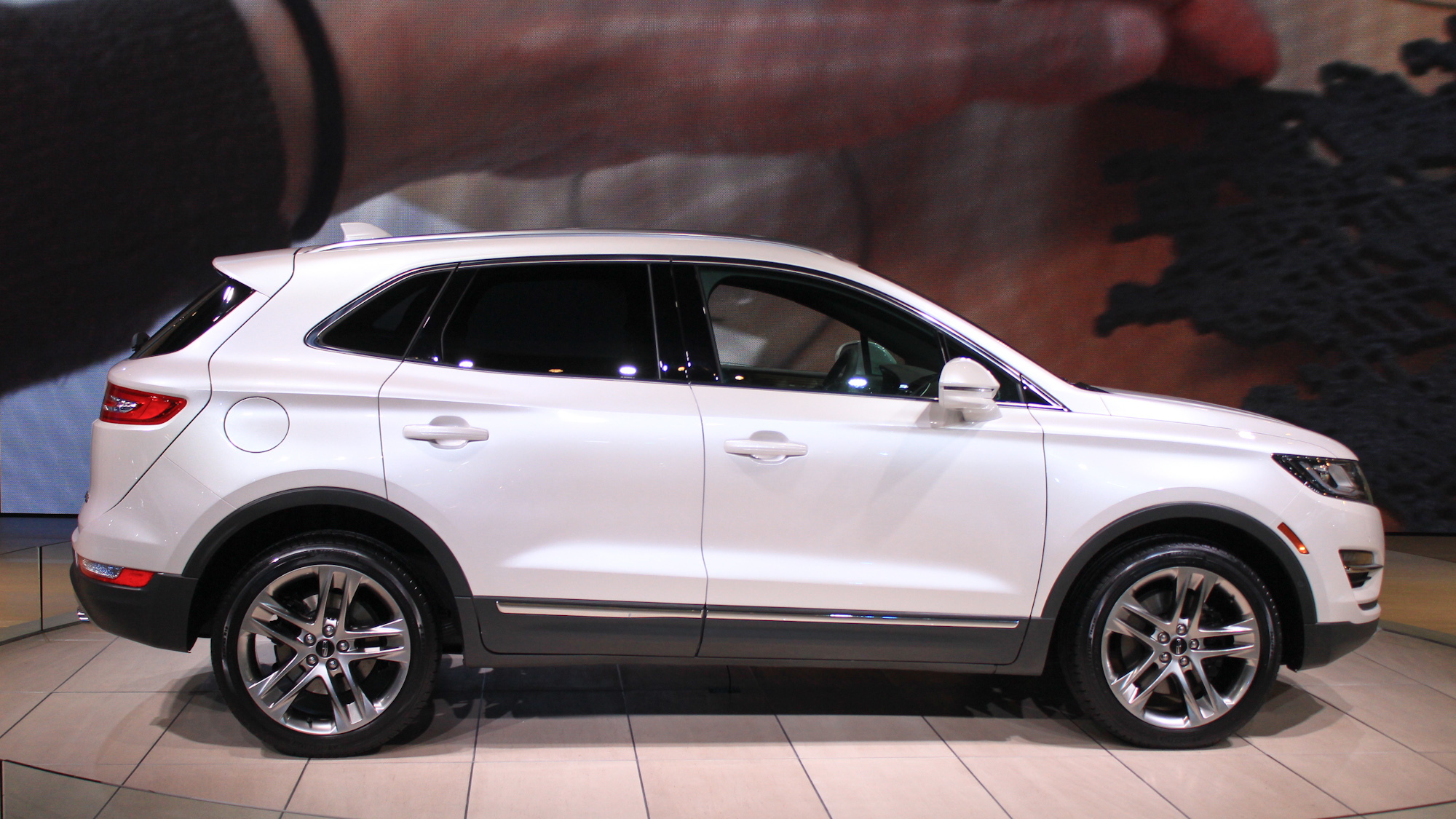 39
photos
It has been three years since Lincoln first promised to launch a new compact crossover and now it’s finally here in the form of the 2015 Lincoln MKC. The vehicle, which makes its debut at the 2013 Los Angeles Auto Show next week, is the production version of the MKC concept first shown in Detroit at the start of the year.

The good news is that it looks virtually identical in production trim to the well-received concept version, something we rarely see these days. Based on the Ford Escape platform, the Lincoln MKC ups the style factor by quite a bit, proving that the MKC is more than just a badge-engineered Escape.

The design is certainly easy on the eyes, especially the tapered-back grille, which we find far less garish than the grille design of previous Lincoln models. The 2015 MKC will need all the help it can muster given the strong competition in the premium compact crossover segment, which includes the likes of the Range Rover Evoque, Mercedes-Benz GLA-Class, Buick Encore and BMW X1.

In addition to the direct-injection and turbocharging technologies of its engines, the MKC will also benefit from fuel-saving active grille shutters. EPA-rated fuel economy for the 2015 MKC will be announced closer to next year’s sales launch.

Front-wheel drive with 18-inch wheels will be standard, with all-wheel drive and 19-inch wheels available to those who need it. Also debuting on the MKC will be a new suspension damping system called “Continuously Controlled Damping”, or “CCD” for short. CCD constantly monitors the road and then adjusts the suspension to suit. Drivers can also use CCD to select from “Sport”, “Comfort” and “Normal” modes.

Though Lincoln hasn’t mentioned it yet, a six-speed automatic should be the standard transmission, as this is the unit found on the Escape. The automaker has confirmed, however, that its push-button gear selection system will be a feature.

The cockpit is an elegant blend of leather, wood and what Lincoln describes as “natural-look” materials. The idea is to convey an upscale yet unconventional feel, since Lincoln is trying to set itself apart from the rest of the luxury herd. One standout feature is the steering wheel, which Lincoln says features a design that will be used for future models. All the other goodies typical of Lincoln models are also there, including the SYNC interface with MyLincoln Touch, which is controlled via an 8-inch touchscreen display.

MUST SEE: Is There A Pickup Truck In Tesla's Electric Future?

As a special touch, owners will be able to utilize a smartphone app to control the vehicle: With a MyLincoln Mobile app, MKC owners will be able to start, lock, unlock and locate their vehicle, as well as set the interior temperature. Safety features include collision warning with brake support, lane keep assist, parking assist, a rearview camera, a blind spot monitor, a cross traffic alert system and seven standard airbags.

Production of the 2015 Lincoln MKC will take place at the Ford Motor Company’s [NYSE:F] plant in Louisville, Kentucky, and the first examples are expected in showrooms next summer. Following on from the all-new MKZ sedan introduced for the 2013 model year, the MKC becomes the second model in Lincoln’s plans to introduce four all-new models by 2016.