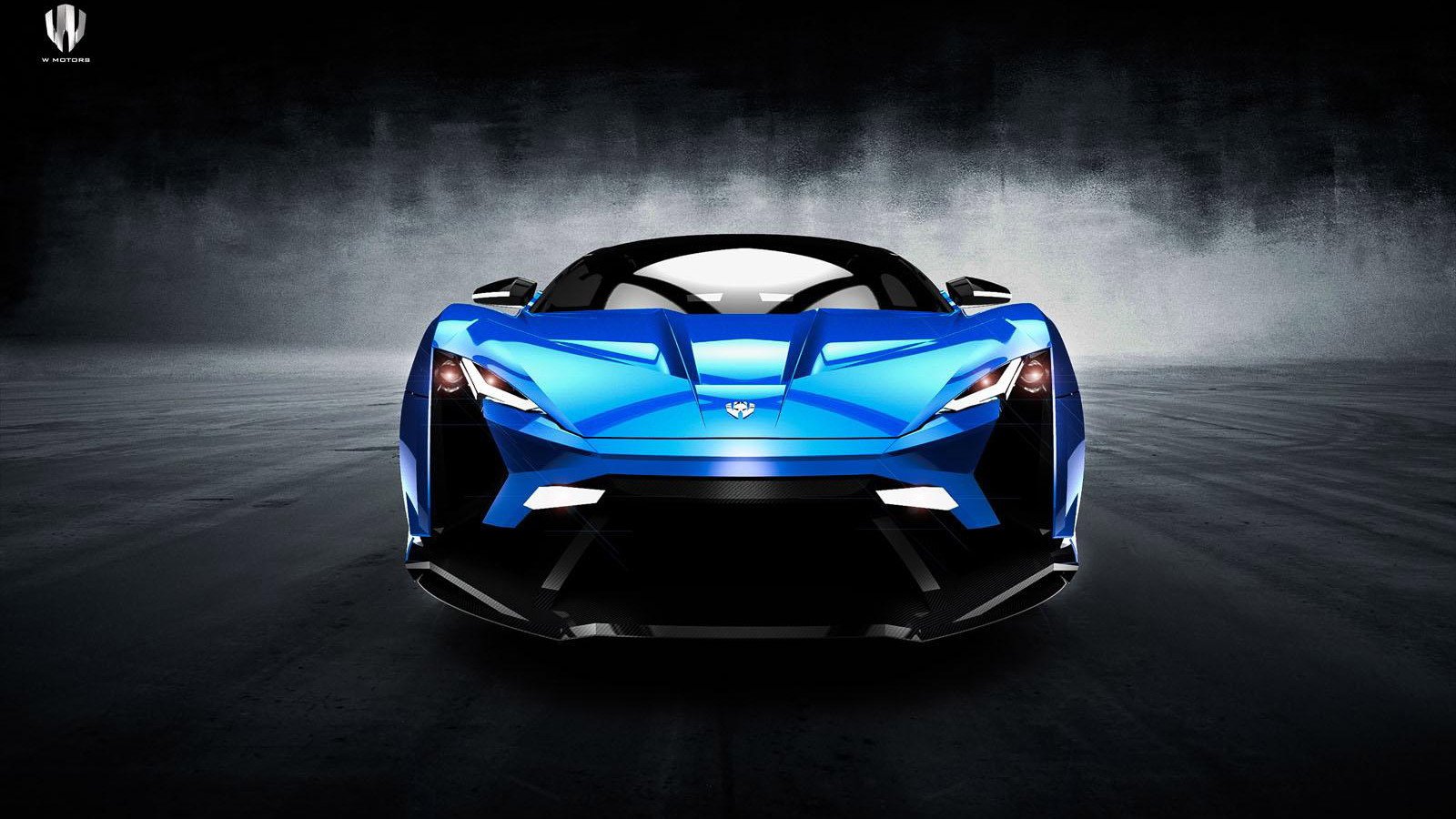 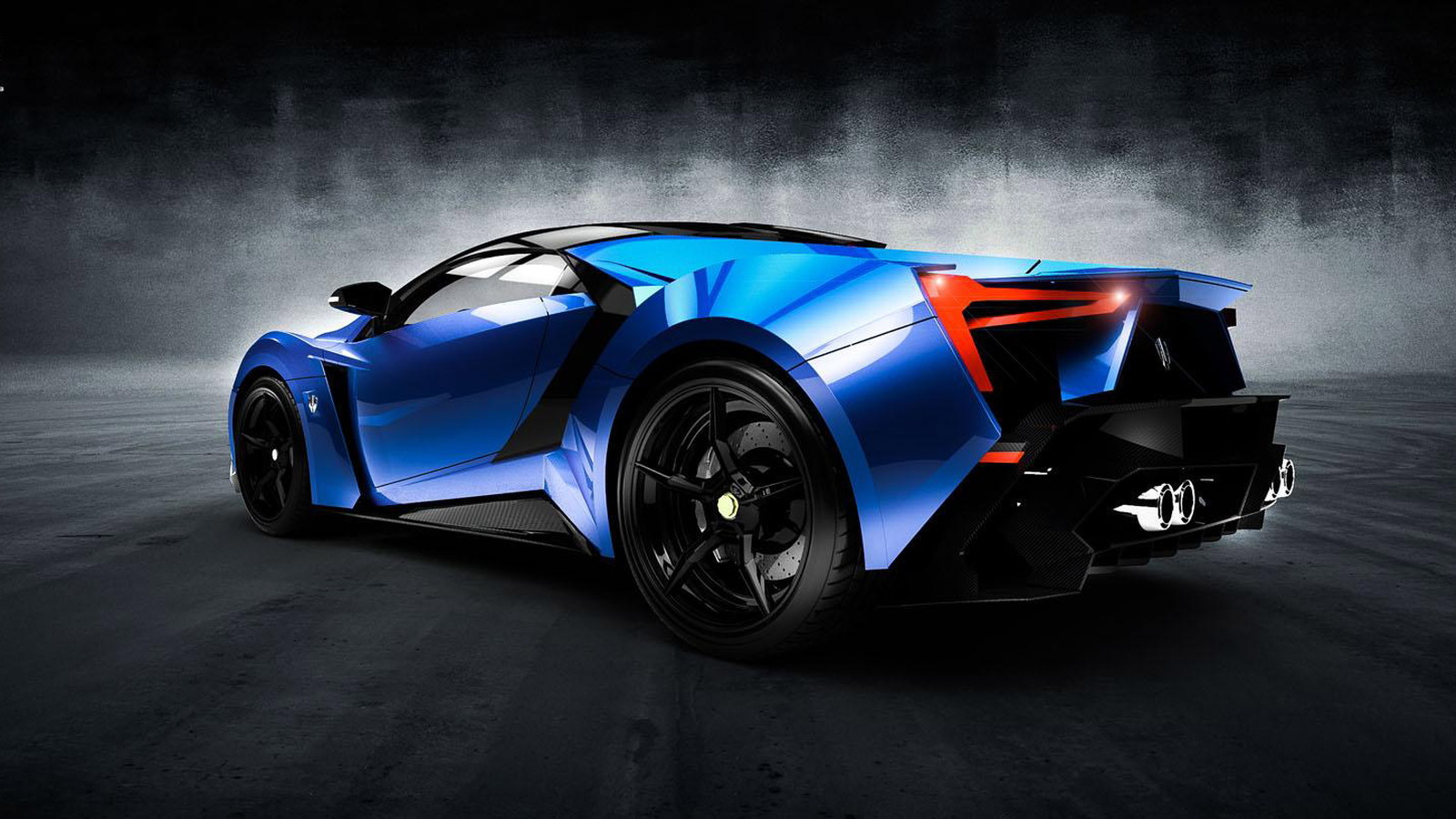 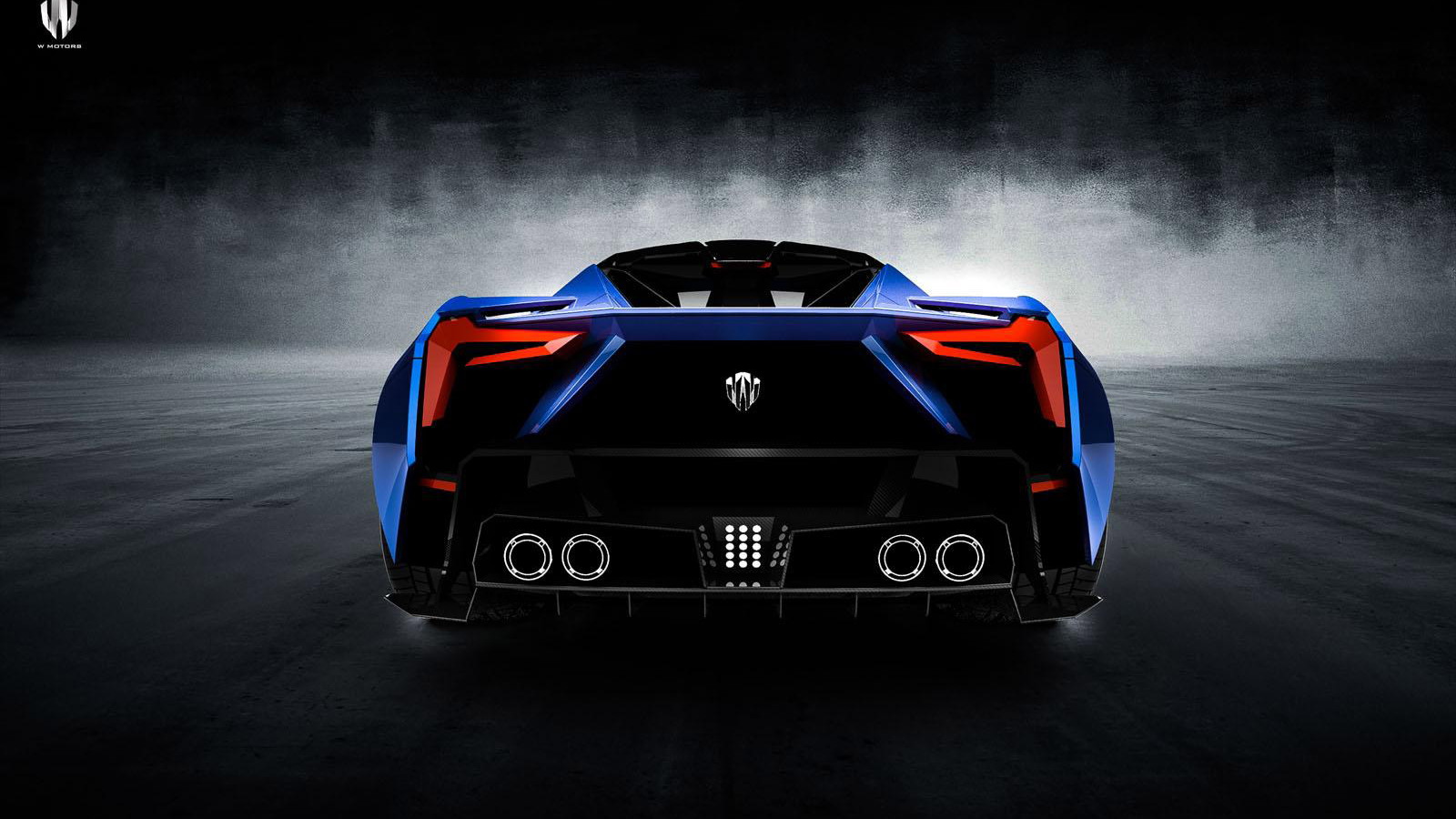 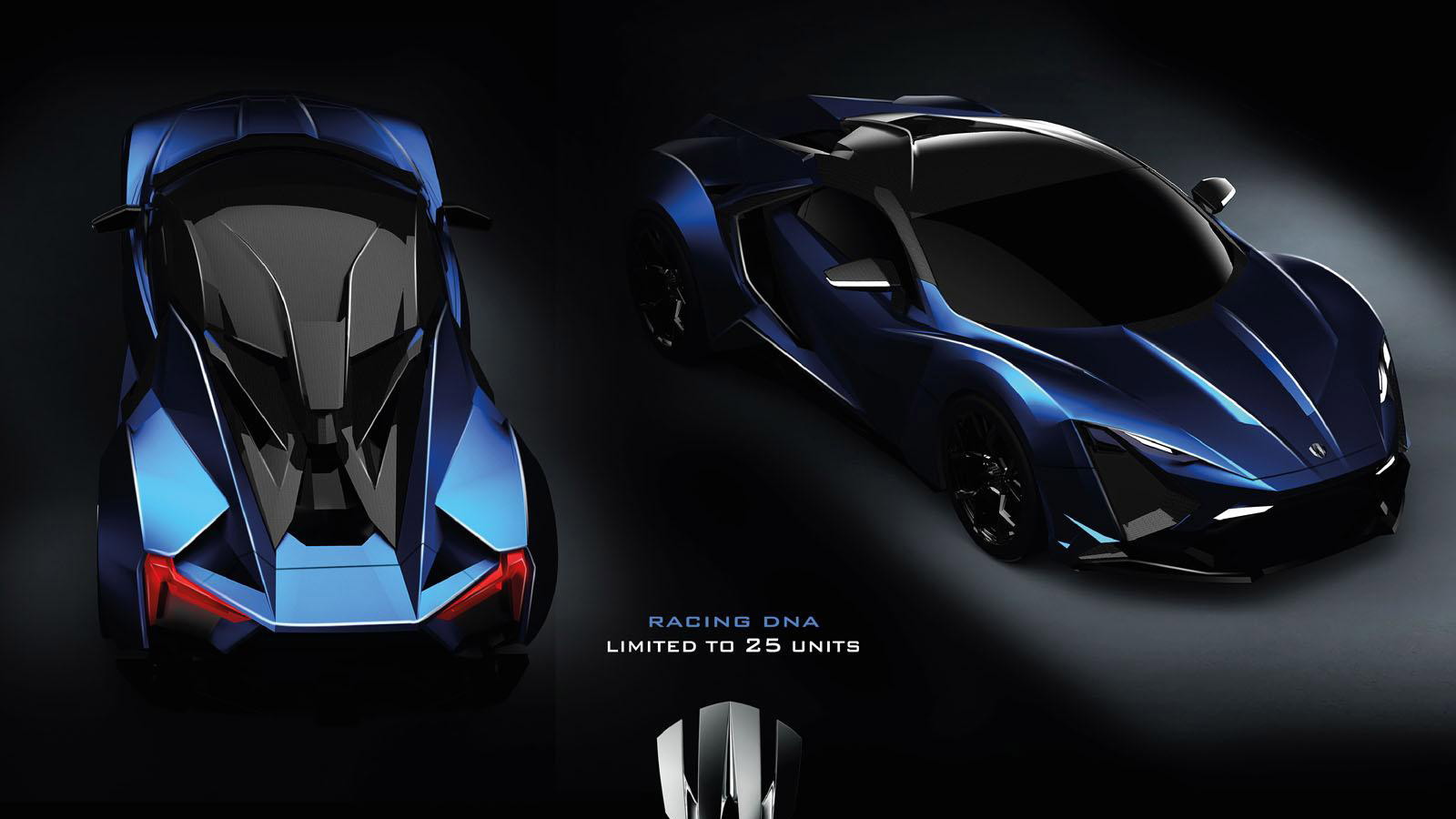 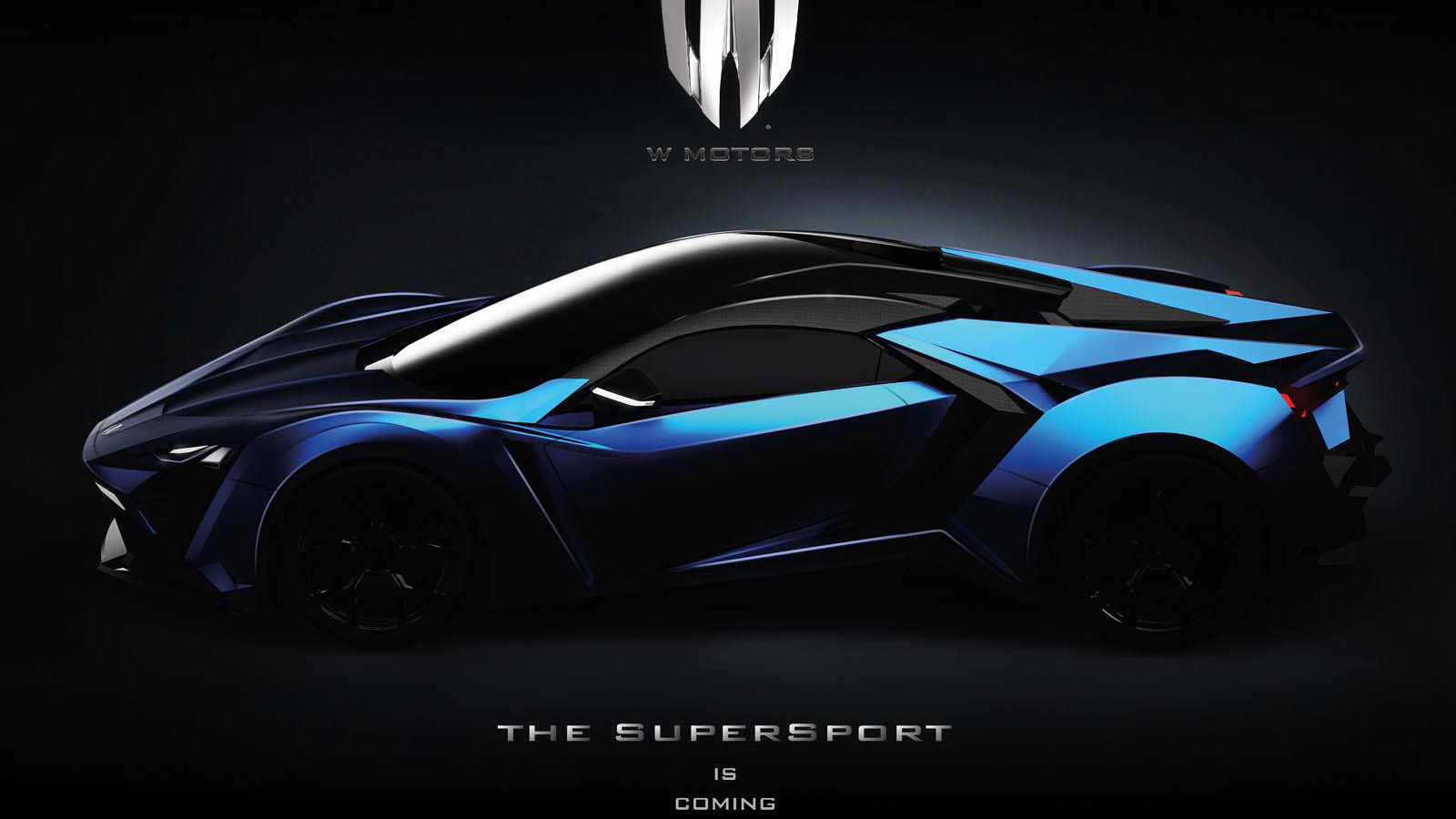 7
photos
Having just wrapped up the debut of the first fully-working, pre-production version of its upcoming Lykan Hypersport supercar, W Motors has now released the first images and details for its second model, the Lykan Supersport. Previously thought to be the lesser of the two cars, the Lykan Supersport will in fact be the more extreme, boasting an output of more than 1,000 horsepower and a curb weight of less than 2,650 pounds.

For those unfamiliar with W Motors, it is a startup based in Dubai that promises to deliver to the world the first Arabian supercar. That first supercar will be the 750-horsepower Lykan Hypersport, which retails for a staggering $3.4 million and will be built in a limited run of just seven cars. Deliveries are scheduled to commence in 2014.

The Lykan Supersport will arrive roughly one year later and have a production run of 25 cars. It will miss out on the luxuries of the Lykan Hypersport, such as the diamond-encrusted headlights, gold stitching and cool holographic display, but will be priced substantially lower at $1.6 million.

W Motors says the Lykan Supersport will be targeted at buyers interested in pure performance. The two cars will share a bespoke chassis, but as these renderings confirm there will be clear differences in their styling. The Lykan Supersport has a sleeker and more polished look to it, and elements such as the lights and exhaust outlets are unique.

No details on the powertrain have been released, though it’s likely we’ll see an enhanced version of the setup featured in the Lykan Hypersport. That setup consists of a turbocharged 3.7-liter flat-six engine developed by famous Porsche tuner RUF, which is matched to a dual-clutch transmission sourced from Porsche. It promises to accelerate the Lykan Hypersport to 60 mph in just 2.8 seconds and see it reach a top speed of 245 mph. We can only imagine what the Lykan Supersport can do with more than 1,000 horsepower under the hood.

W Motors is still working on the design, so the specifications could certainly change before the planned 2015 launch. W Motors plans to continue development of the chassis underpinning its two supercars, revealing to The National that it is looking at hybrid technologies such as KERS in order to ensure its cars feature the very latest of technology.

In addition to its own team of engineers, W Motors has several established technical partners including powertrain partner RUF, body and interior supplier Magna Steyr, and designer Studiotorino. W Motors is currently seeking a production site for its new range of supercars, which the company hopes to assemble somewhere in the United Arab Emirates.