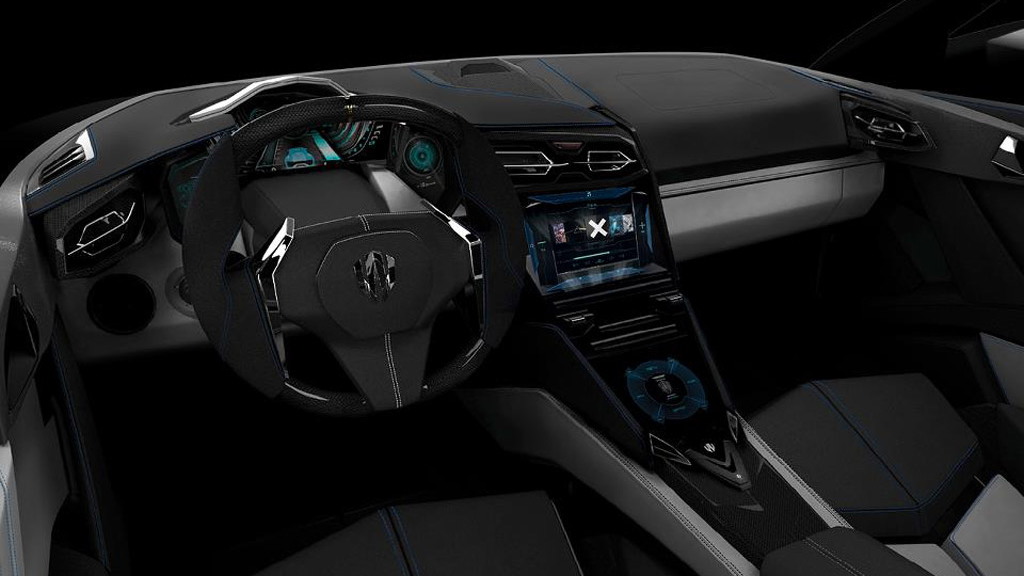 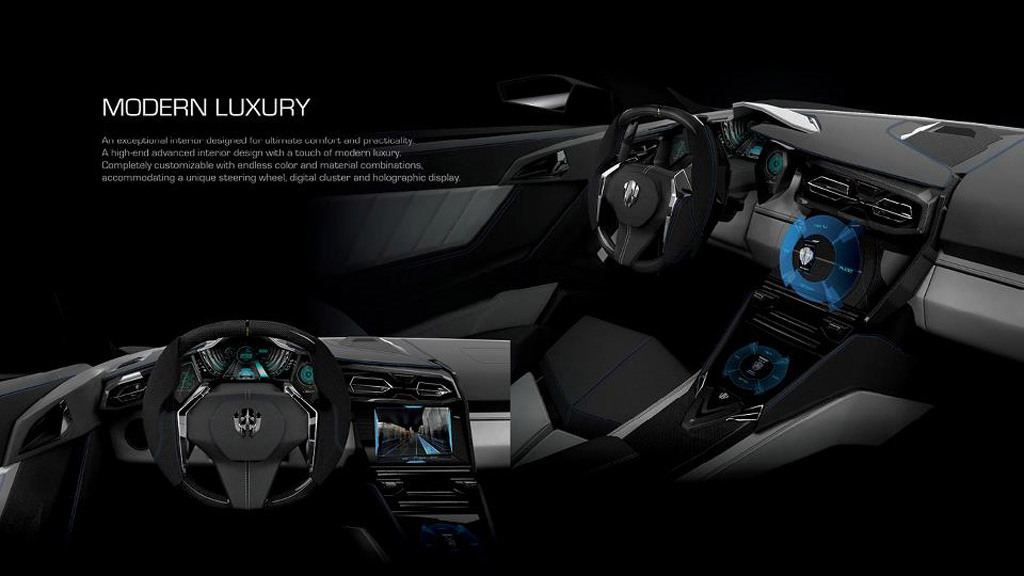 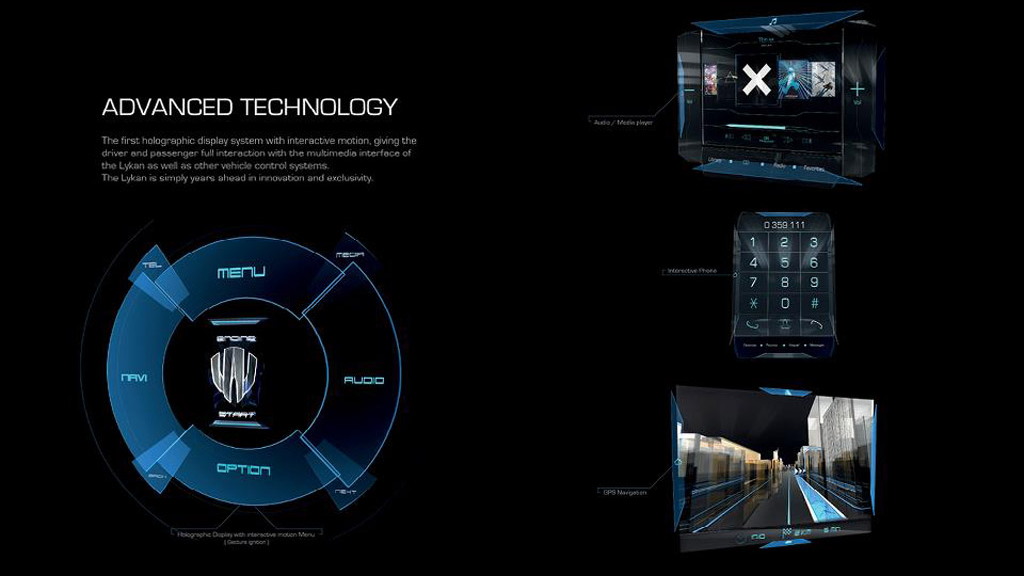 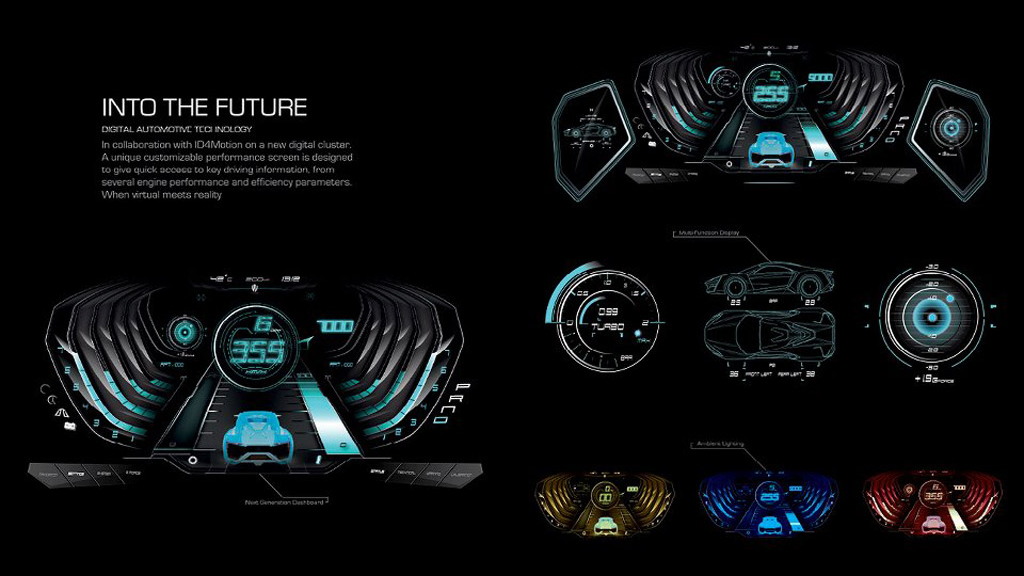 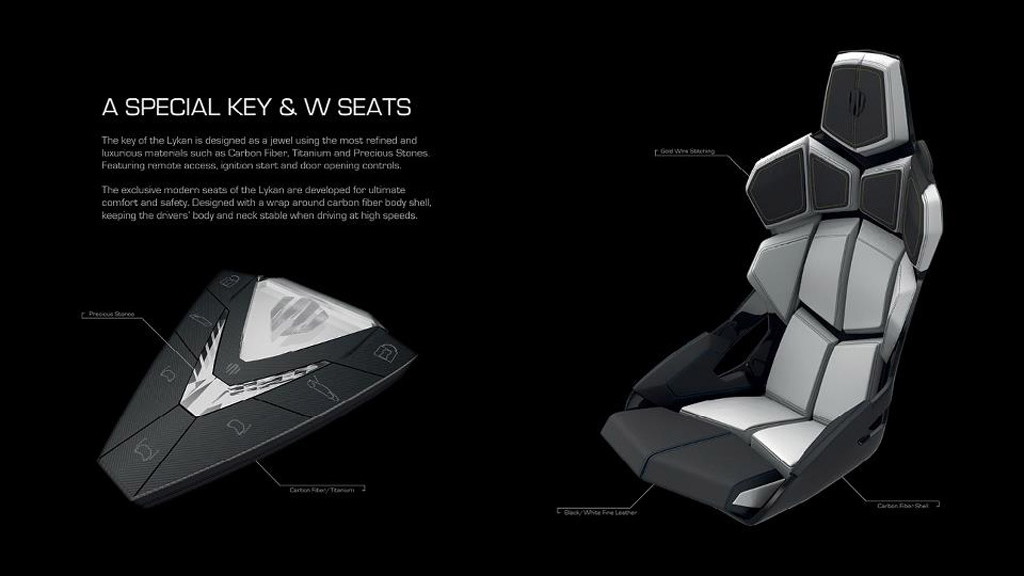 27
photos
A few weeks ago, a new company based in the United Arab Emirates unveiled a car billed as “Arabia’s first supercar” and promised to build seven examples, each priced at $3.4 million.

That company was W Motors, a startup founded by a man named Ralph Debbas and working in collaboration with Italy’s Magna Steyr Torino and Germany’s RUF.

The supercar was the Lykan Hypersport, which was presented at the recent 2013 Qatar Motor Show.

So far we’ve only been treated to images of the Lykan Hypersport’s exterior, however, W Motors has now provided us with the first look at the expensive supercar’s cabin.

At first the design looks rather conventional, but if you delve a little deeper you’ll notice that the center column’s interface is actually a hologram.

If W Motors manages to pull it off, the Lykan Hypersport could potentially be the first car to feature an interactive holographic display system. Some of the functions it will include are adjustment of the audio and navigation settings as well as a media player.

The cabin also features plenty of carbon fiber, and W Motors promises materials such as titanium and precious gem stones as well. More gem stones, in this case, diamonds, will be used for detailing in the full-LED headlights.

Owners will also receive a Cyrus Klepcys, pictured in the gallery above and said to be valued at around $200,000.

W Motors’ Lykan Hypersport, and a less extreme Lykan Supersport the company is also planning, is based around a bespoke platform but with a flat-six engine tuned by RUF and presumably borrowed from a Porsche 911. As most readers will recognize, RUF is a specialist Porsche tuner.

The Lykan Hypersport promises to deliver 750 horsepower and 750 pound-feet of torque, which is enough, W Motors tell us, for a 0-60 mph time of just 2.8 seconds and a top speed of 245 mph.

Since the reveal of the car in Qatar last month, W Motors is alleged to have already received dozens of orders.