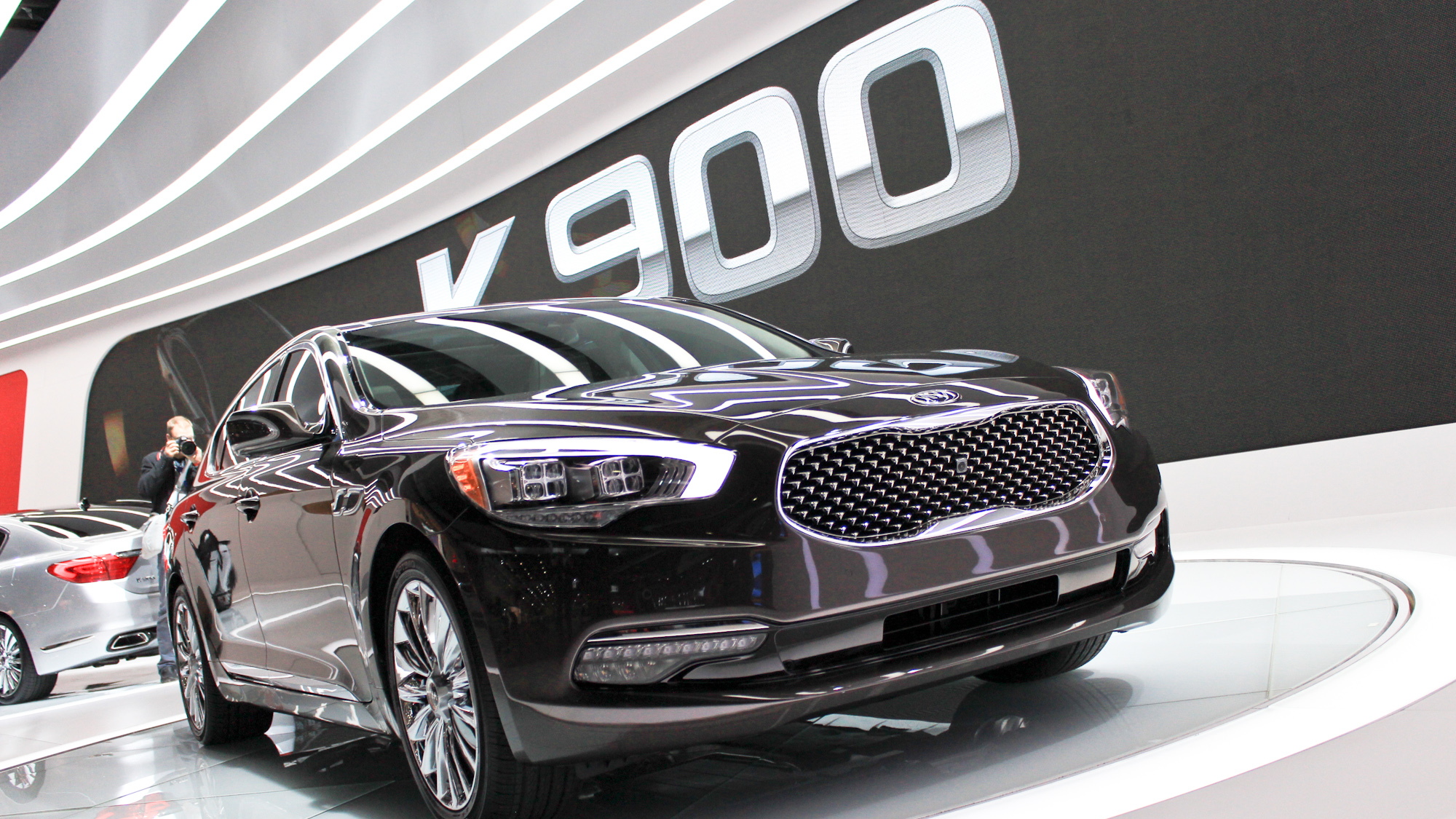 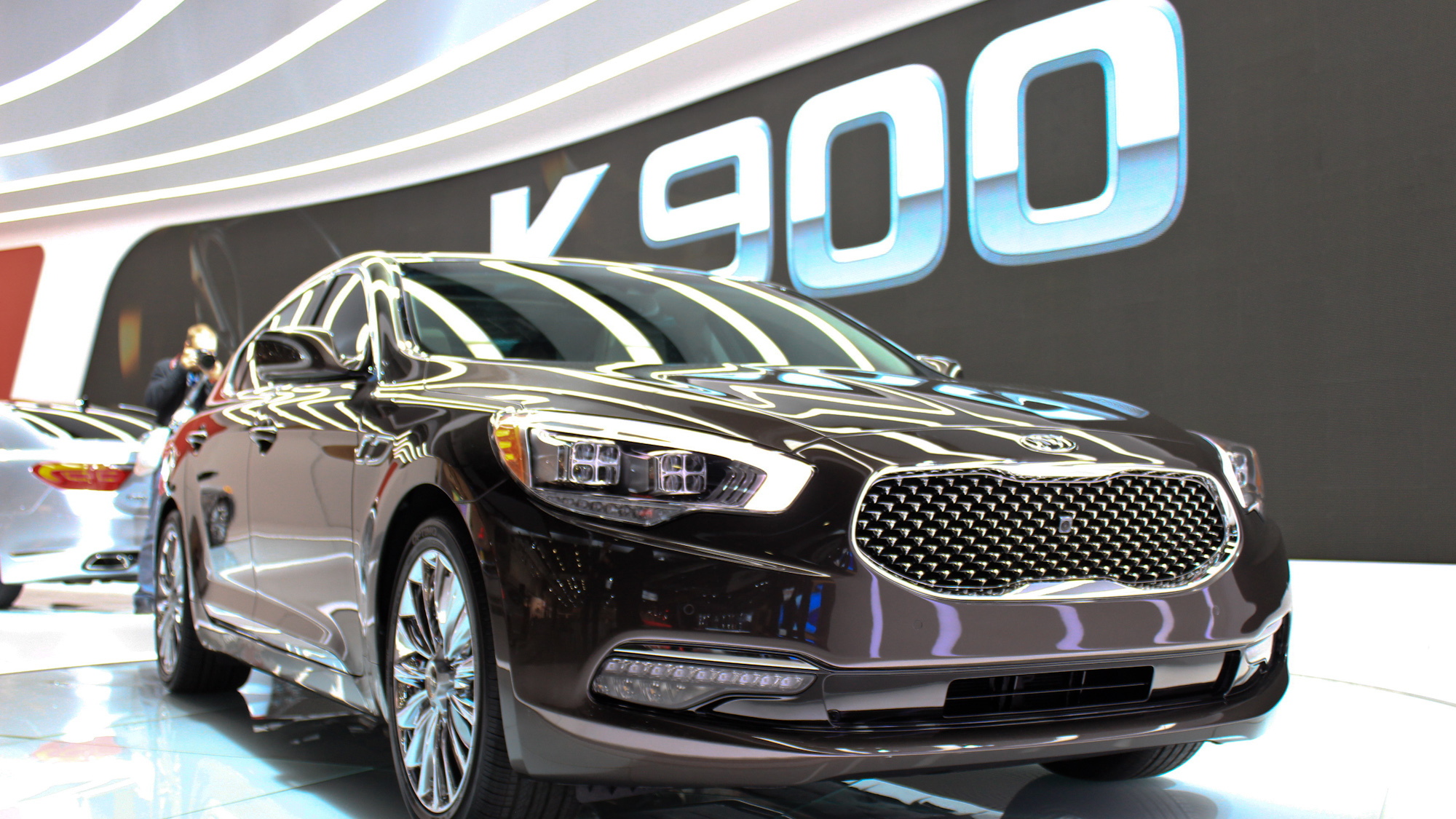 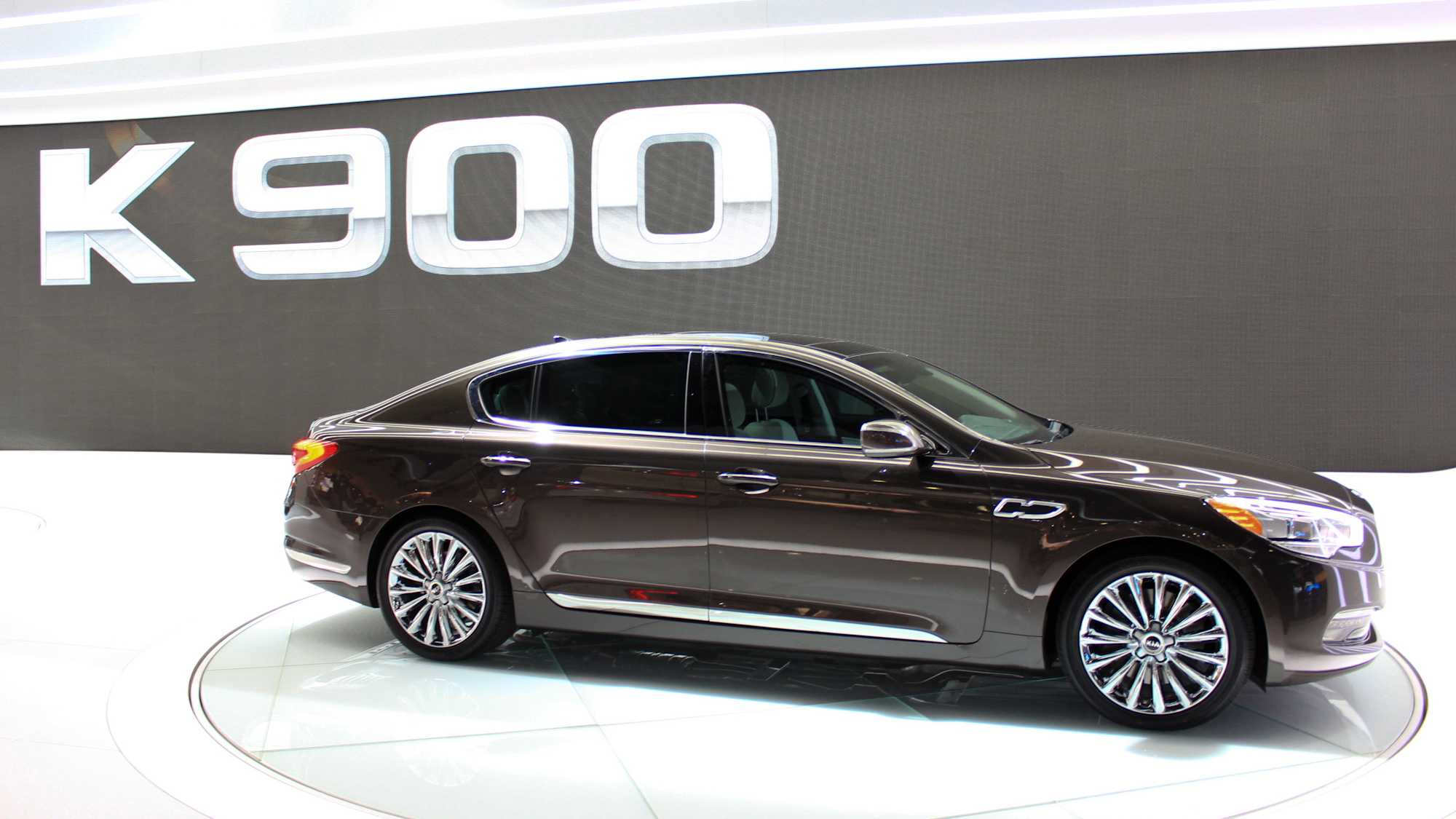 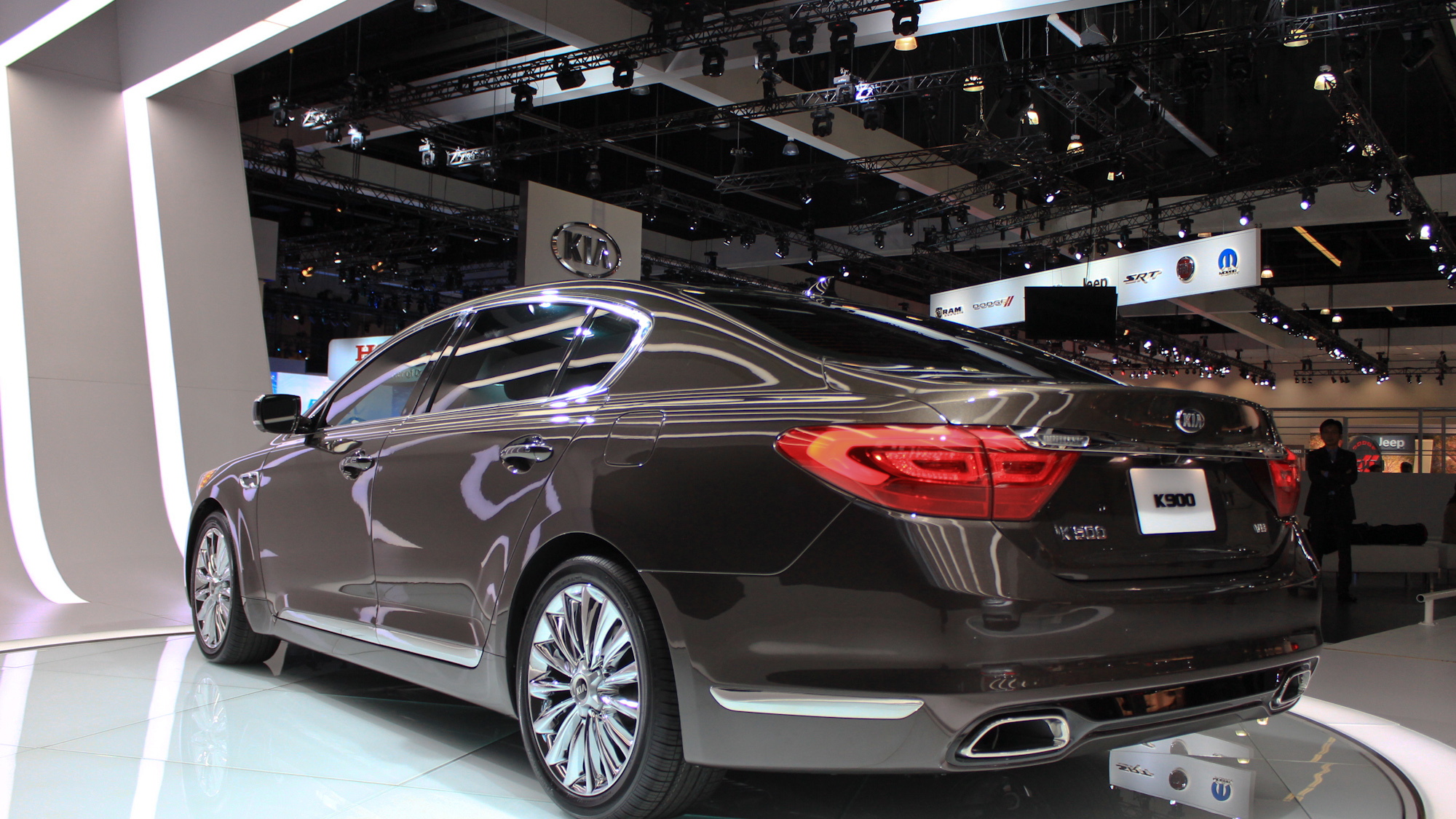 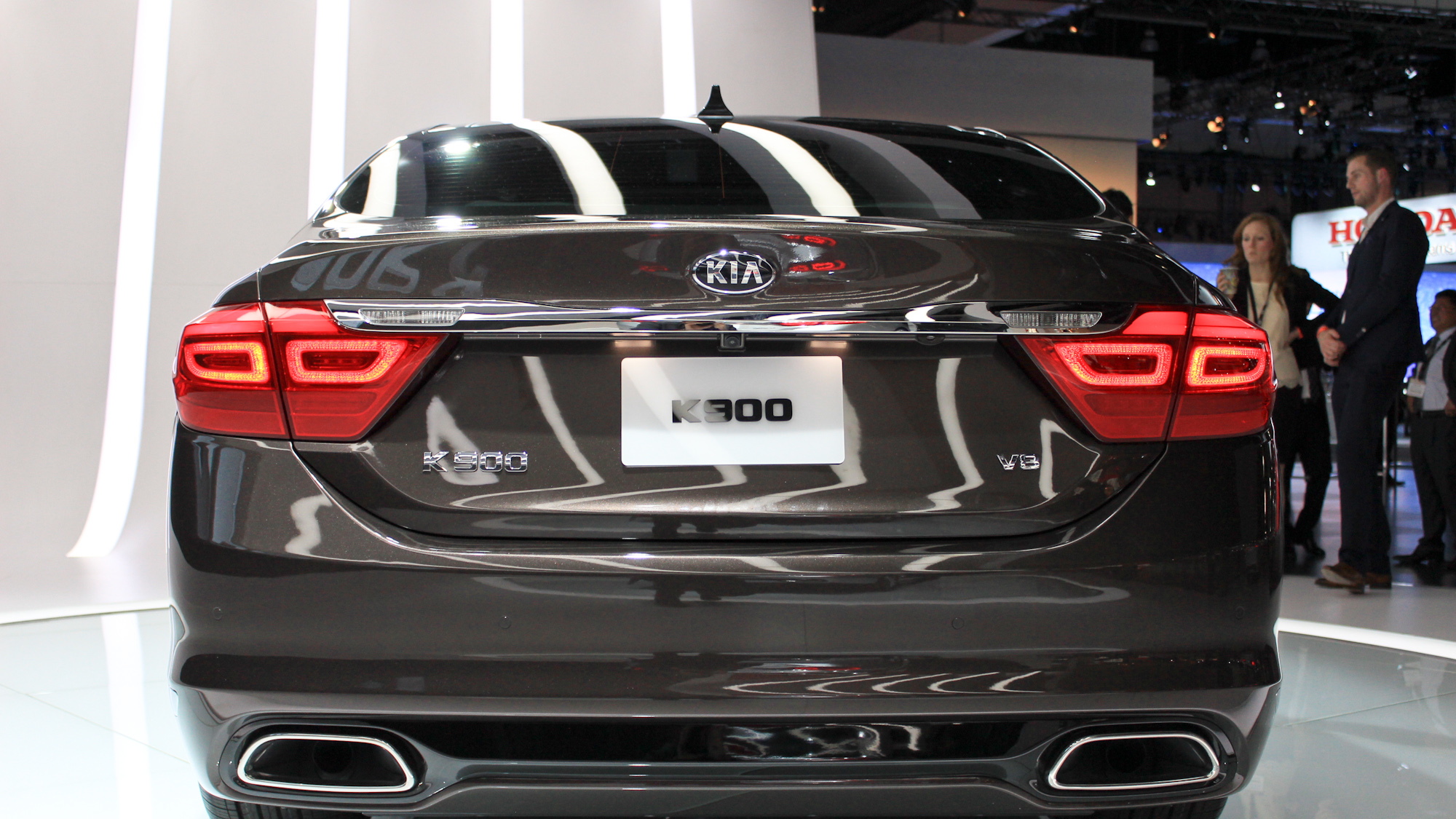 Kia is following the path of its corporate cousin Hyundai by unveiling a new upmarket sedan complete with powerful V-6 and V-8 engines, an impressive design and plenty of techno-wizardry. That new upmarket sedan is the 2015 Kia K900, which makes its debut today at the 2013 Los Angeles Auto Show.

The car is not entirely new as it has been on sale overseas for more than a year, where it’s been referred to as the K9 or Quoris depending on the market. The car shares a rear-wheel-drive platform with the Hyundai Equus, and its size and proportions also match up with the Hyundai flagship.

To differentiate it from its corporate sibling, the 2015 K900 will offer the option of a V-6 whereas the Equus comes exclusively with V-8 power. The K900’s V-8 is the same 5.0-liter Tau V-8 fitted to the Equus, and rates in at 420 horsepower. A 3.8-liter V-6 with 311 horsepower will also be offered. Both engines come mated to an eight-speed automatic.

Depending on trim level, available features on the K900 include adaptive LED headlights, a reclining rear seat, lane-departure and blind-sport warning systems, active cruise control and a camera-based around-view monitor. Other features, either available or standard, include a 12.3-inch central display, a head-up display, twin 9.2-inch monitors to entertain rear seat occupants and a 17-speaker Lexicon (by Harman) sound system.

The standard audio system is a 900-watt Lexicon system with 17 speakers and a subwoofer, and also coming standard is a suite of infotainment and connectivity features such as Bluetooth, HD RadioTM and Sirius/XM satellite programming (with a three-month subscription).

The 2015 Kia K900 will hit showrooms in the first quarter of next year, coinciding with the Korean brand’s 20th anniversary of its launch in the U.S. market. Pricing will be released closer to the sales launch but expect the sticker to fall just below the $60k starting price of the Equus. Several packages will be offered, including a range-topping VIP Package for the V-8 model and Luxury Package and Technology Packages for either the V-6 or V-8 models.

For more from the L.A. Auto Show, click here.