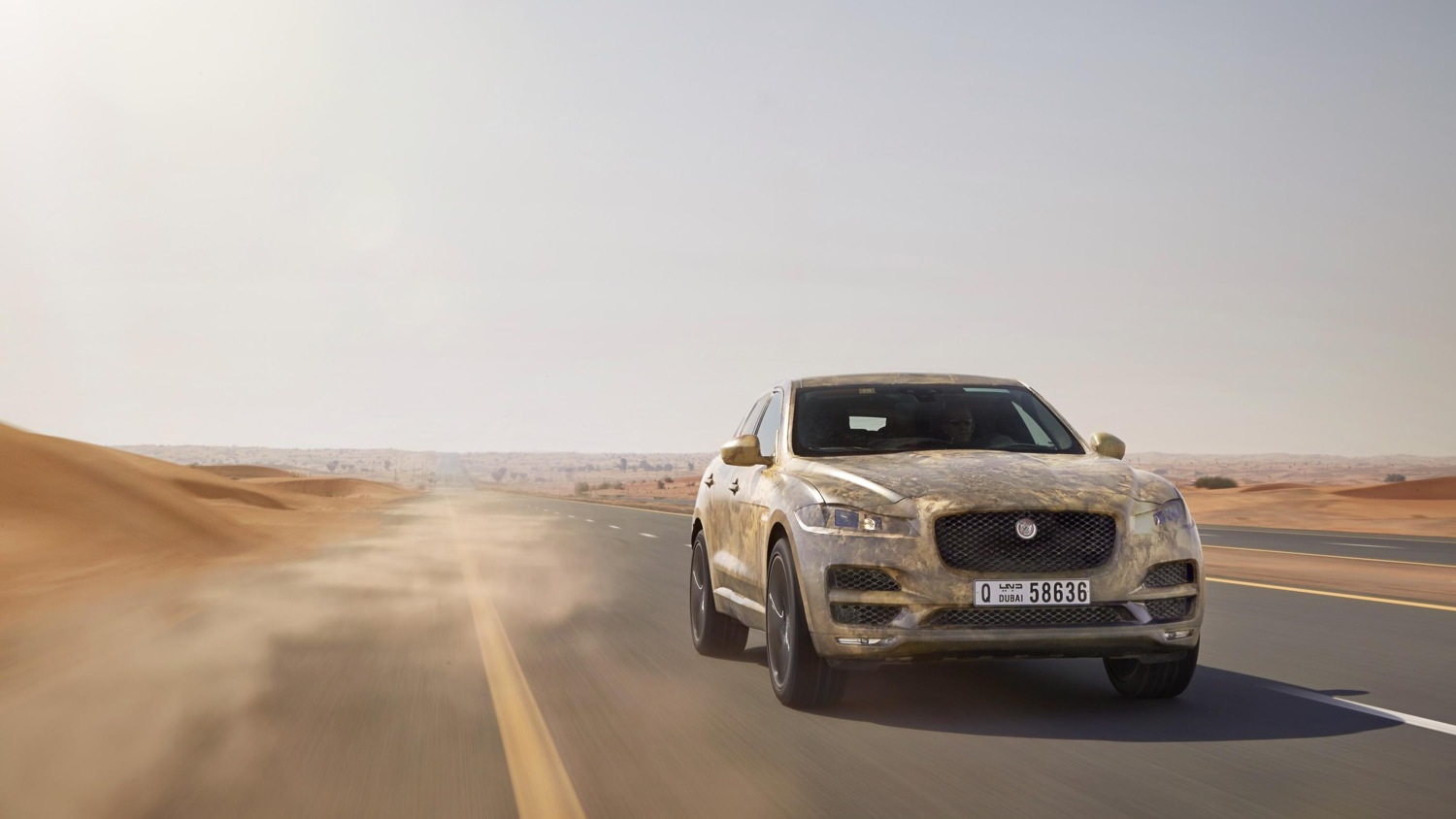 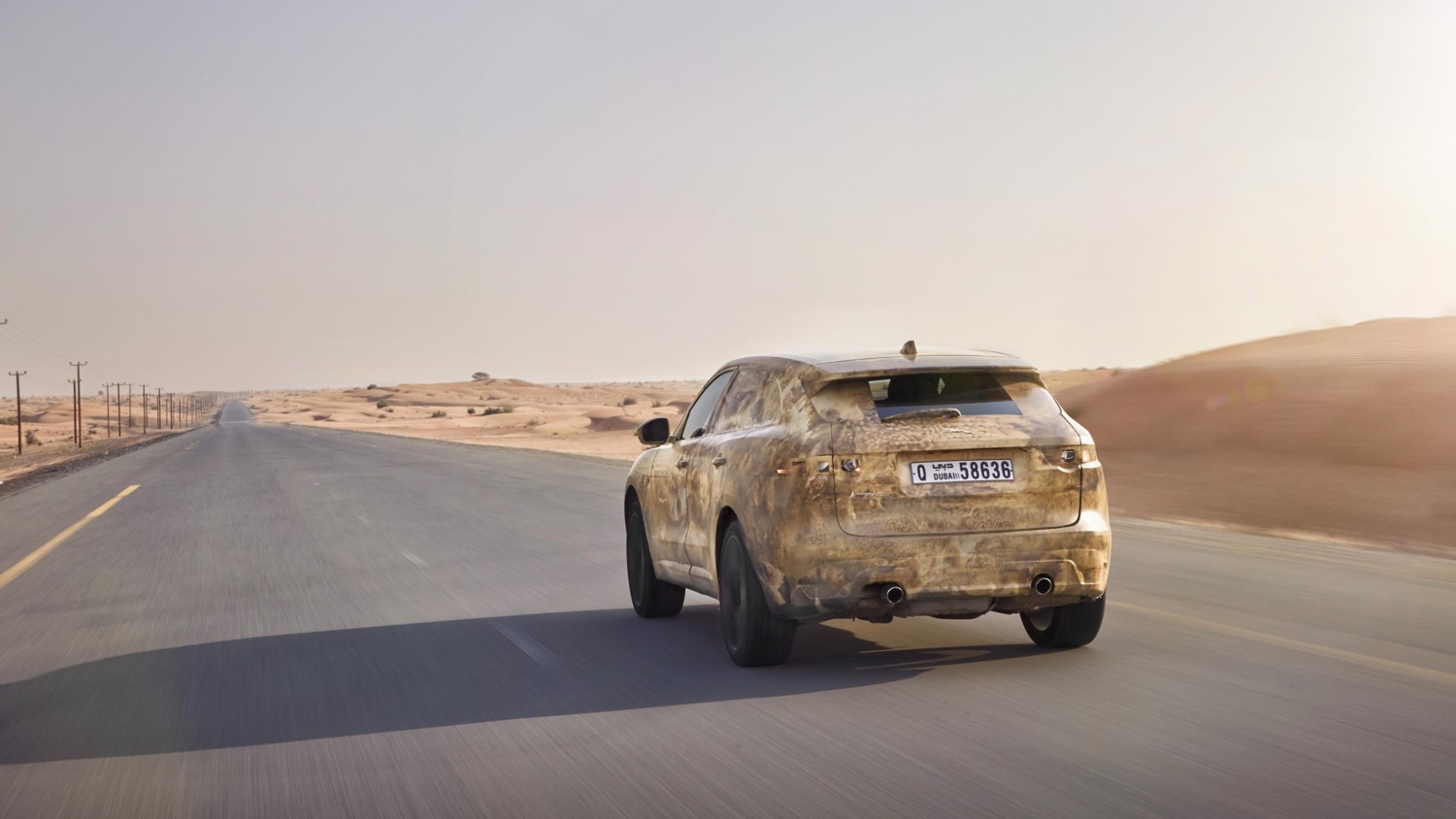 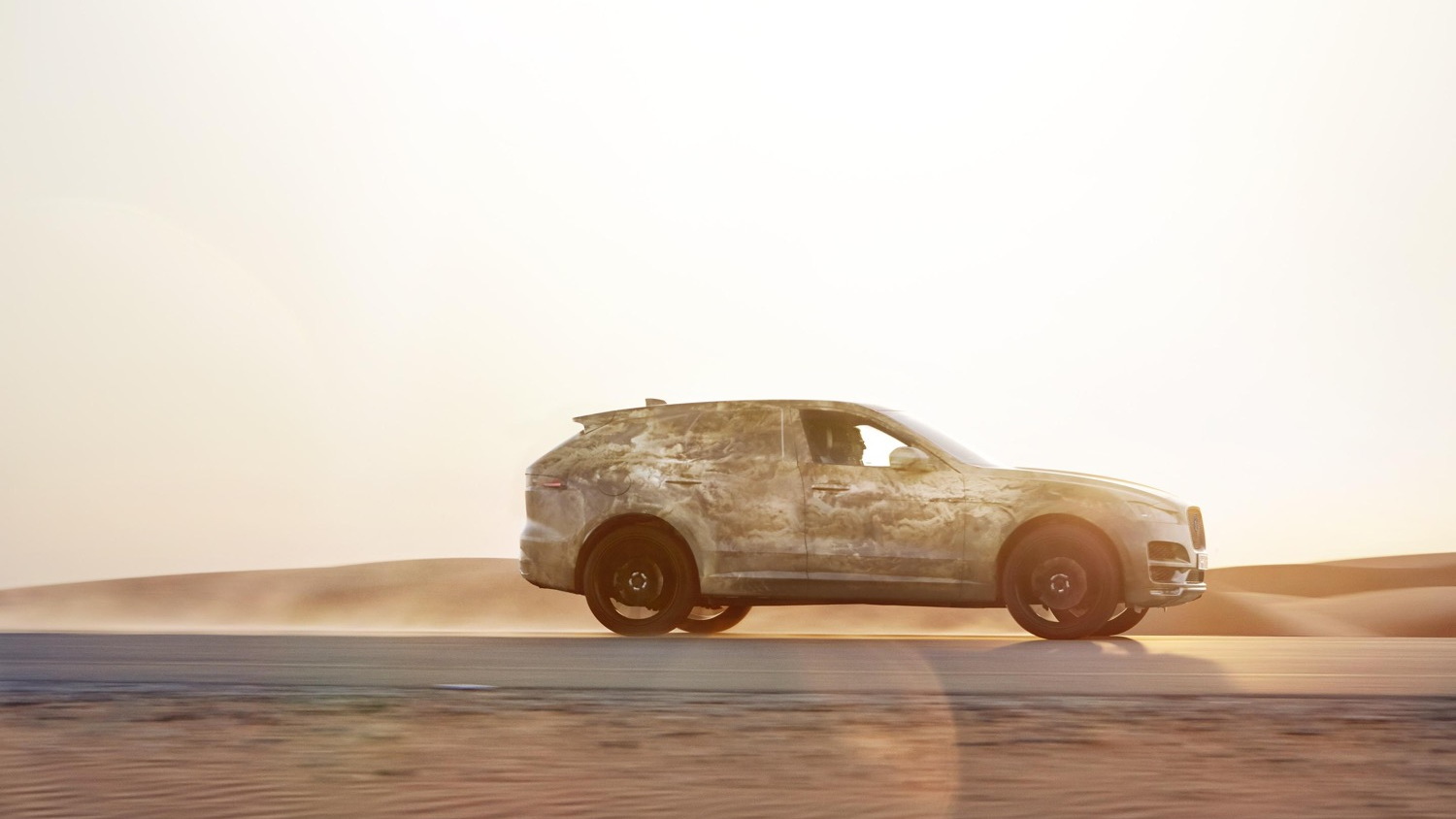 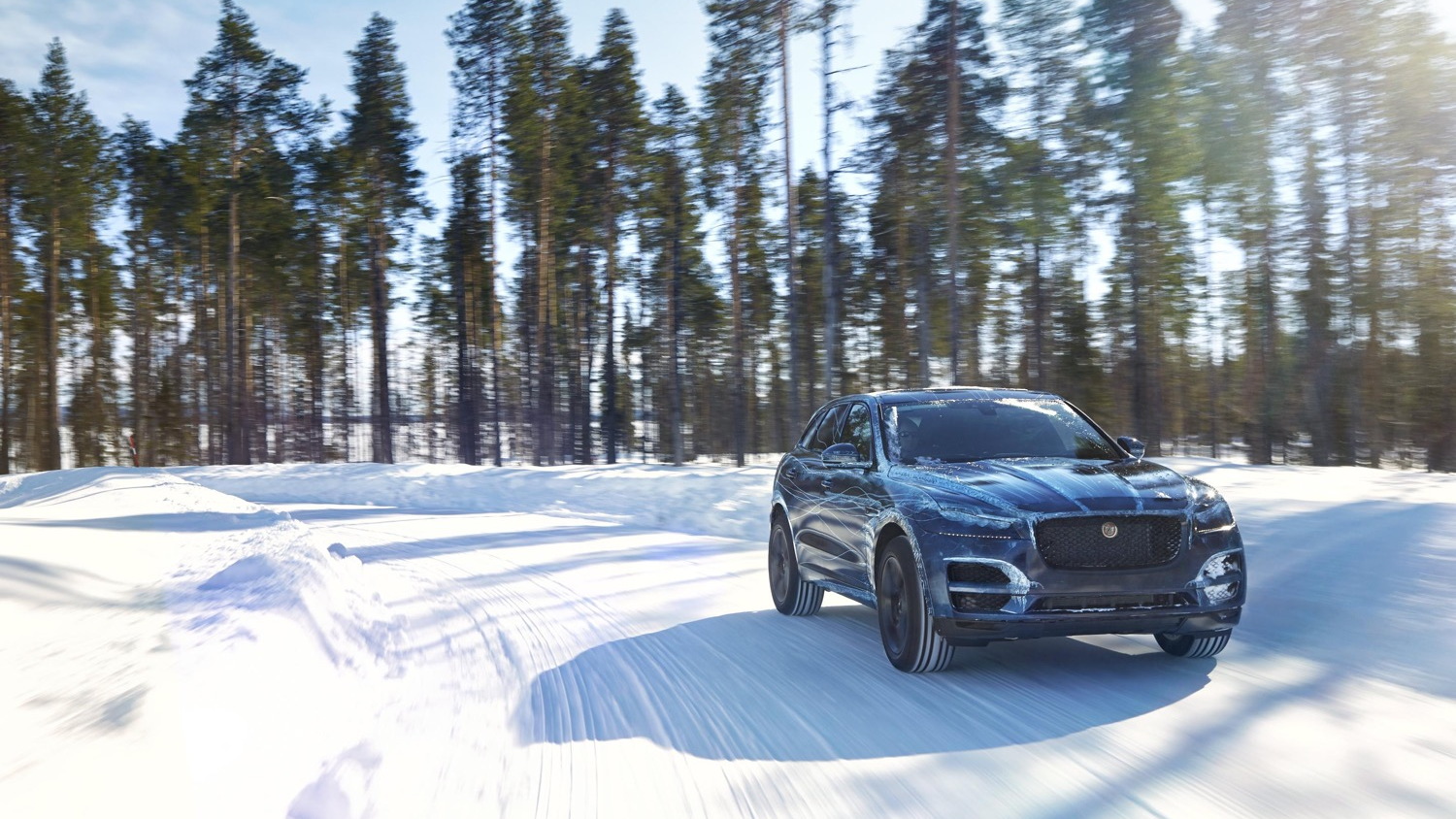 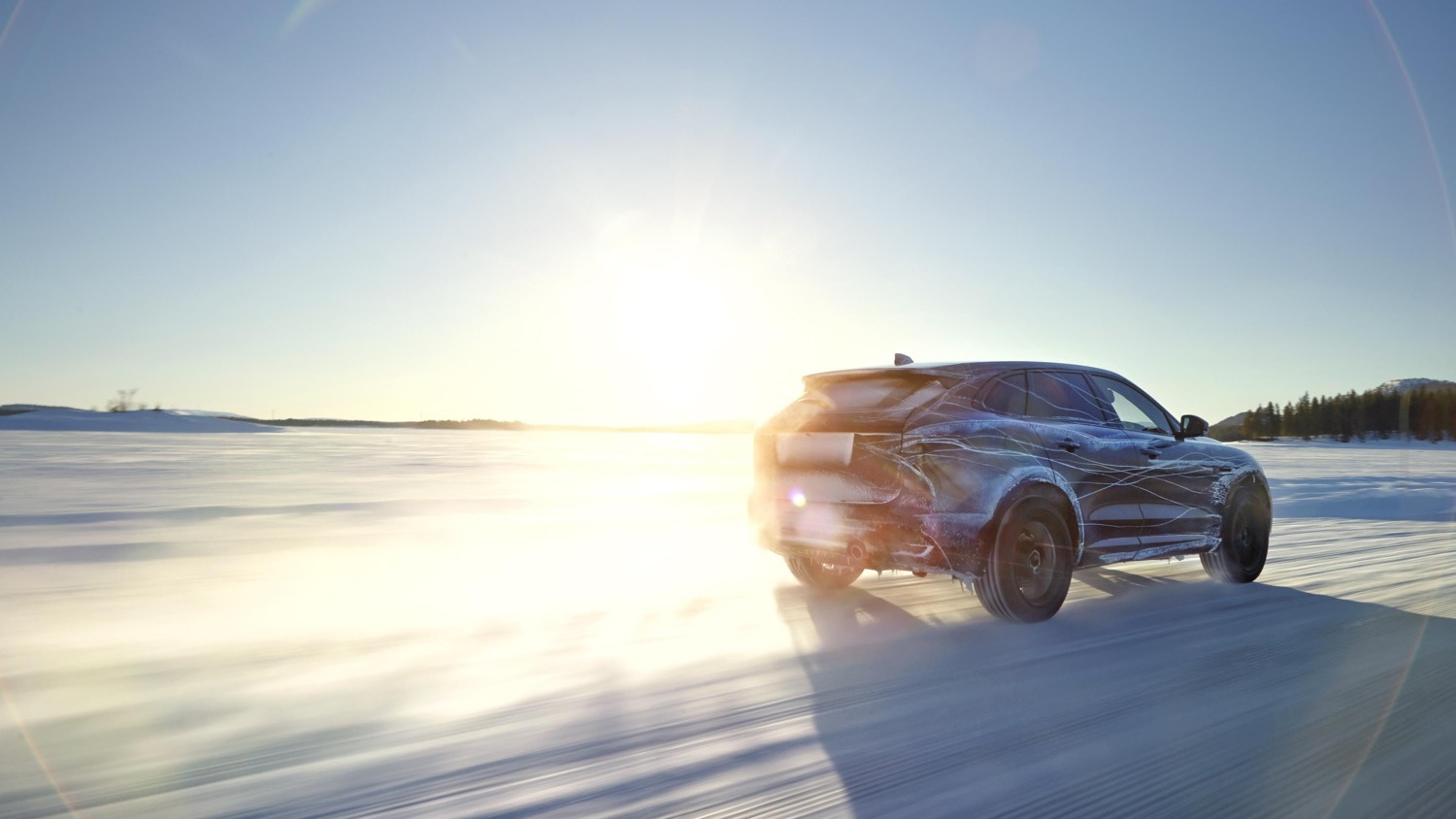 As the Jaguar F-Pace draws closer to its debut at the 2015 Frankfurt Auto Show, its maker has decided to offer a little tease of the first-ever Jag crossover undergoing some extreme-weather testing. We may not have any more substantial details, but at least we know the air conditioning works in a desert.

It then went to Dubai, where Jaguar claims temperatures can exceed 50 degrees Celsius (122 degrees Fahrenheit) in the shade. In direct sunlight, vehicle cabins can reach a temperature of 70 degrees Celsius (158 degrees Fahrenheit), which Jaguar says makes Dubai the perfect environment for testing climate control. Traffic pushes systems even harder by reducing airflow.

The lightly-camouflaged vehicles in Jaguar's photos don't reveal much more styling than the F-Pace that ran as a support vehicle for the Tour de France earlier this month. The styling doesn't deviate too far from the original C-X17 concept that debuted in Frankfurt back in 2013.

The F-Pace will compete with the Audi Q5, BMW X3, and Mercedes-Benz GLC-Class in the small luxury crossover segment. Lighter-weight aluminum construction is expected to set it apart from the Germans, and Jaguar may emphasize sporty handling to a greater degree as well. It will likely share a platform with the XE and recently-redesigned XF sedans.

Powertrains are expected to include at least one 2.0-liter turbocharged four-cylinder engine from Jaguar Land Rover's new Ingenium line, as well as the company's 3.0-liter supercharged V-6. An eight-speed automatic will likely be the only transmission option.

For more 2015 Frankfurt Auto Show updates, head over to our dedicated hub.