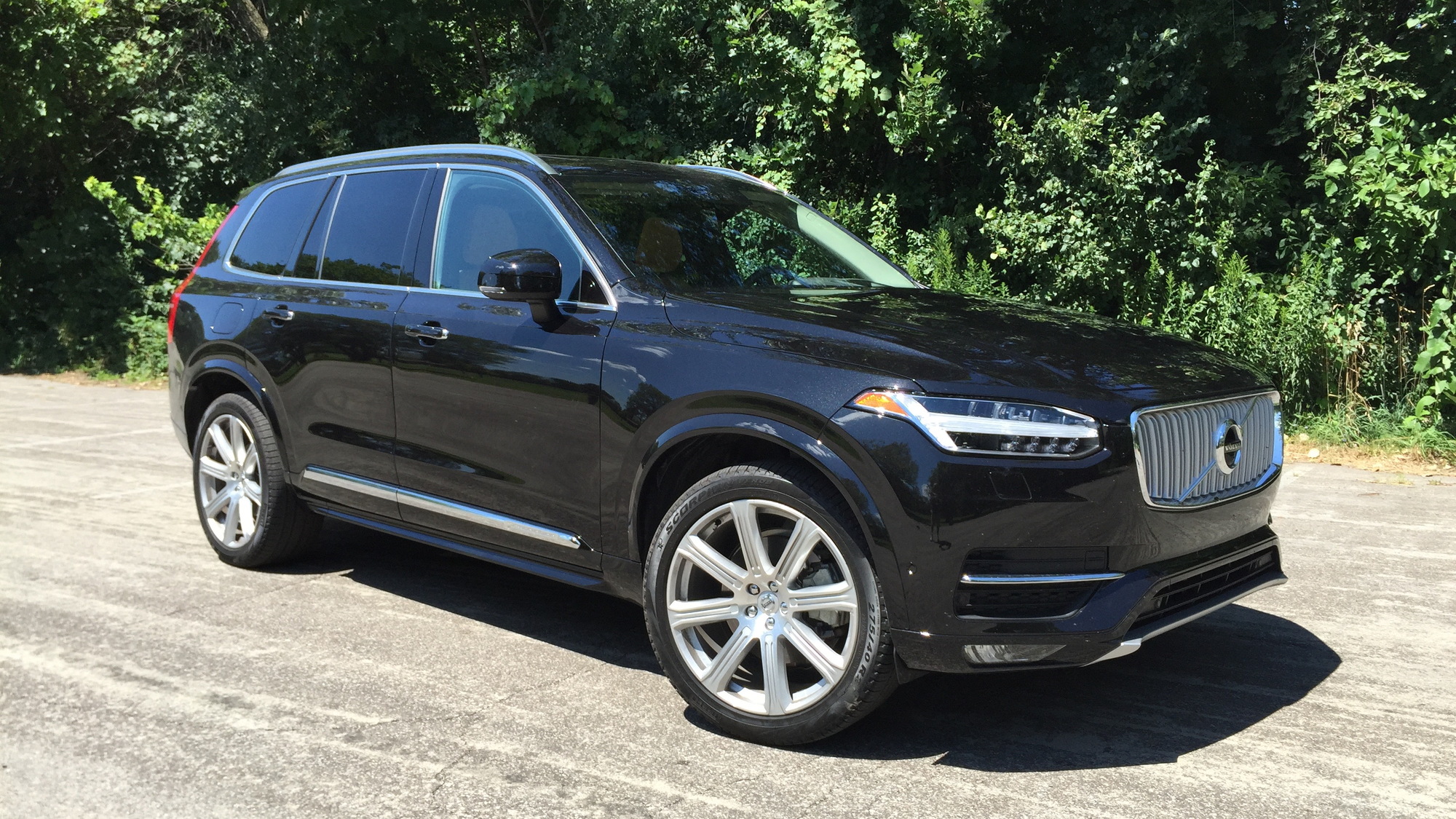 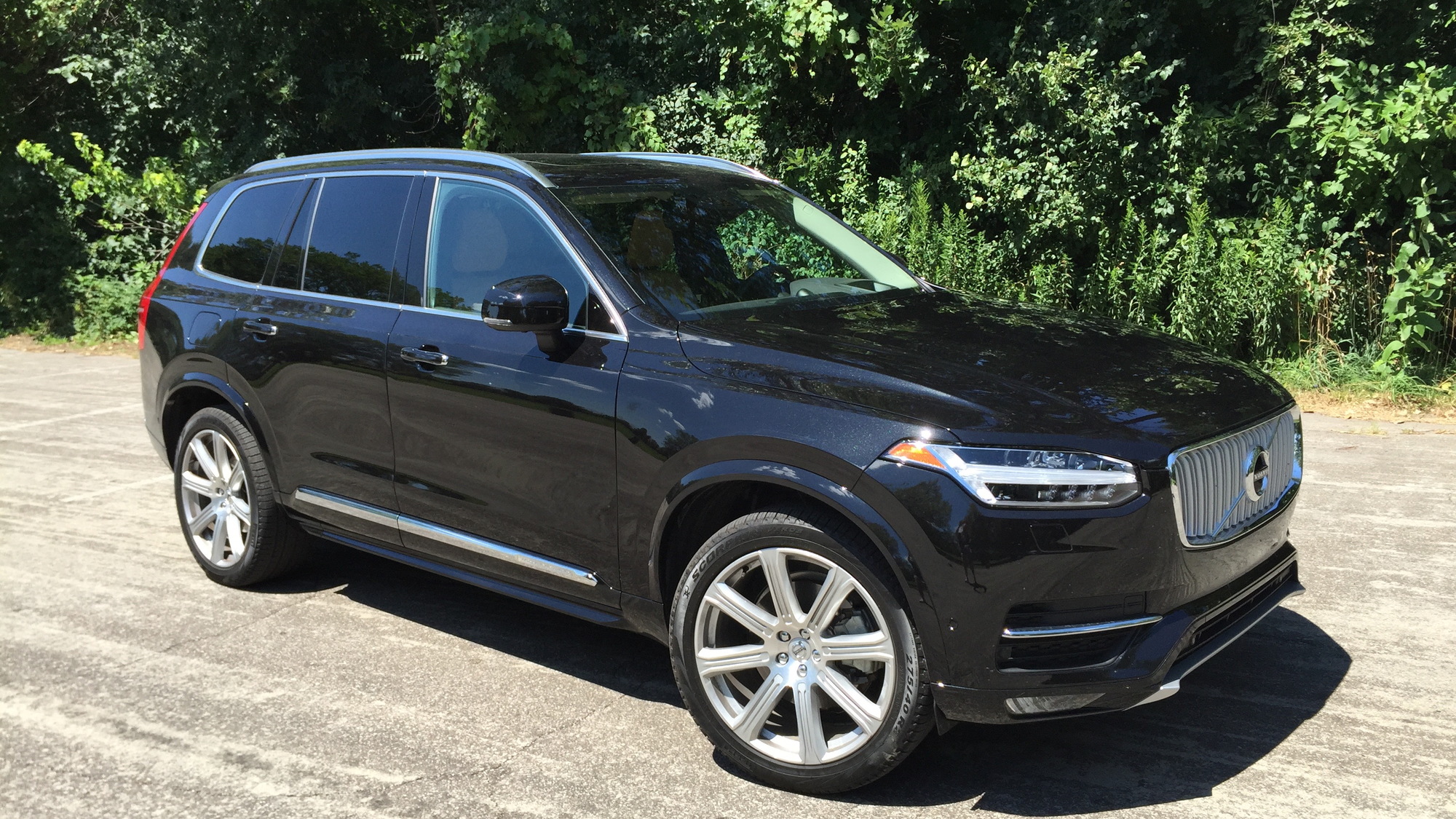 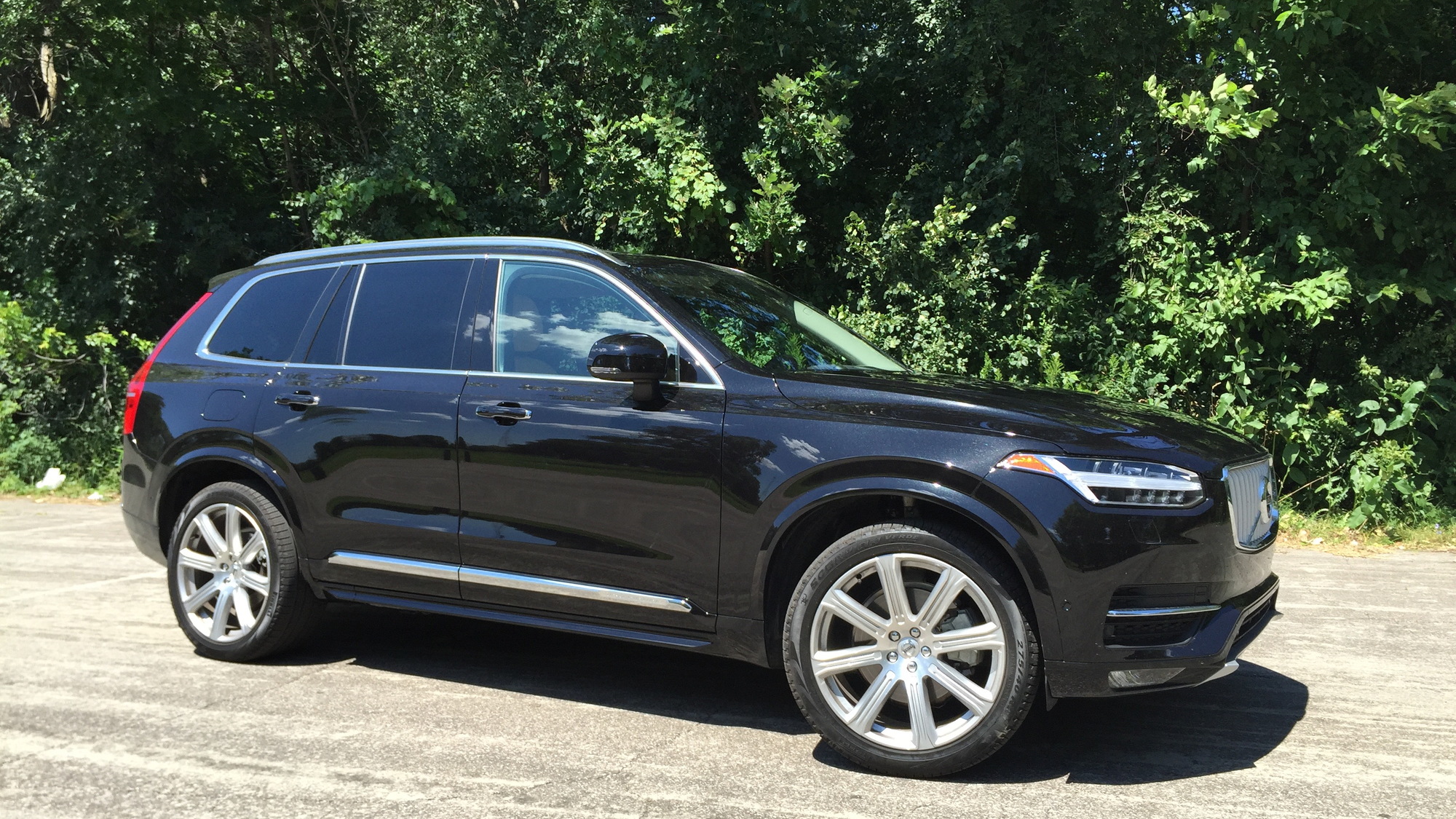 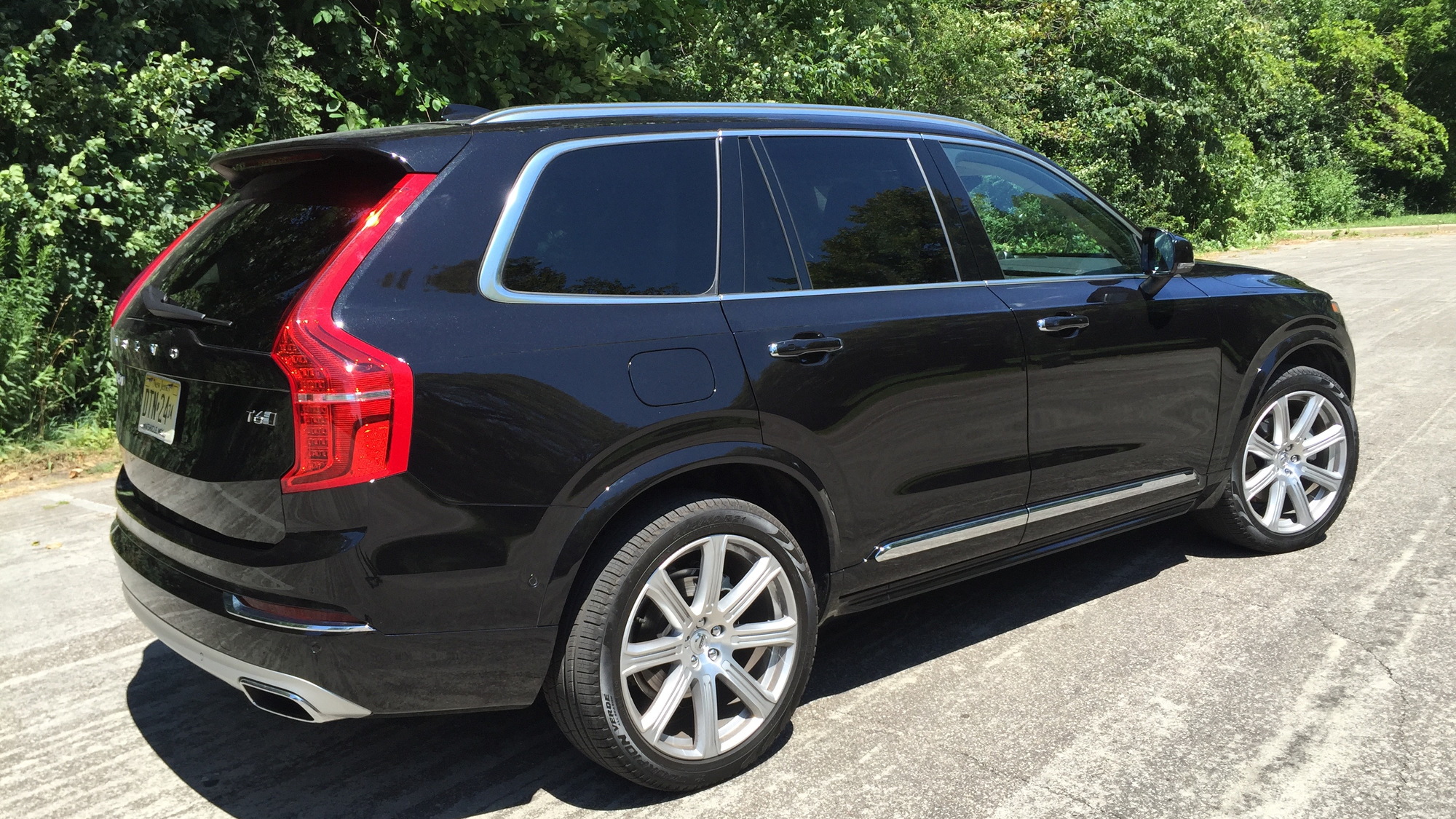 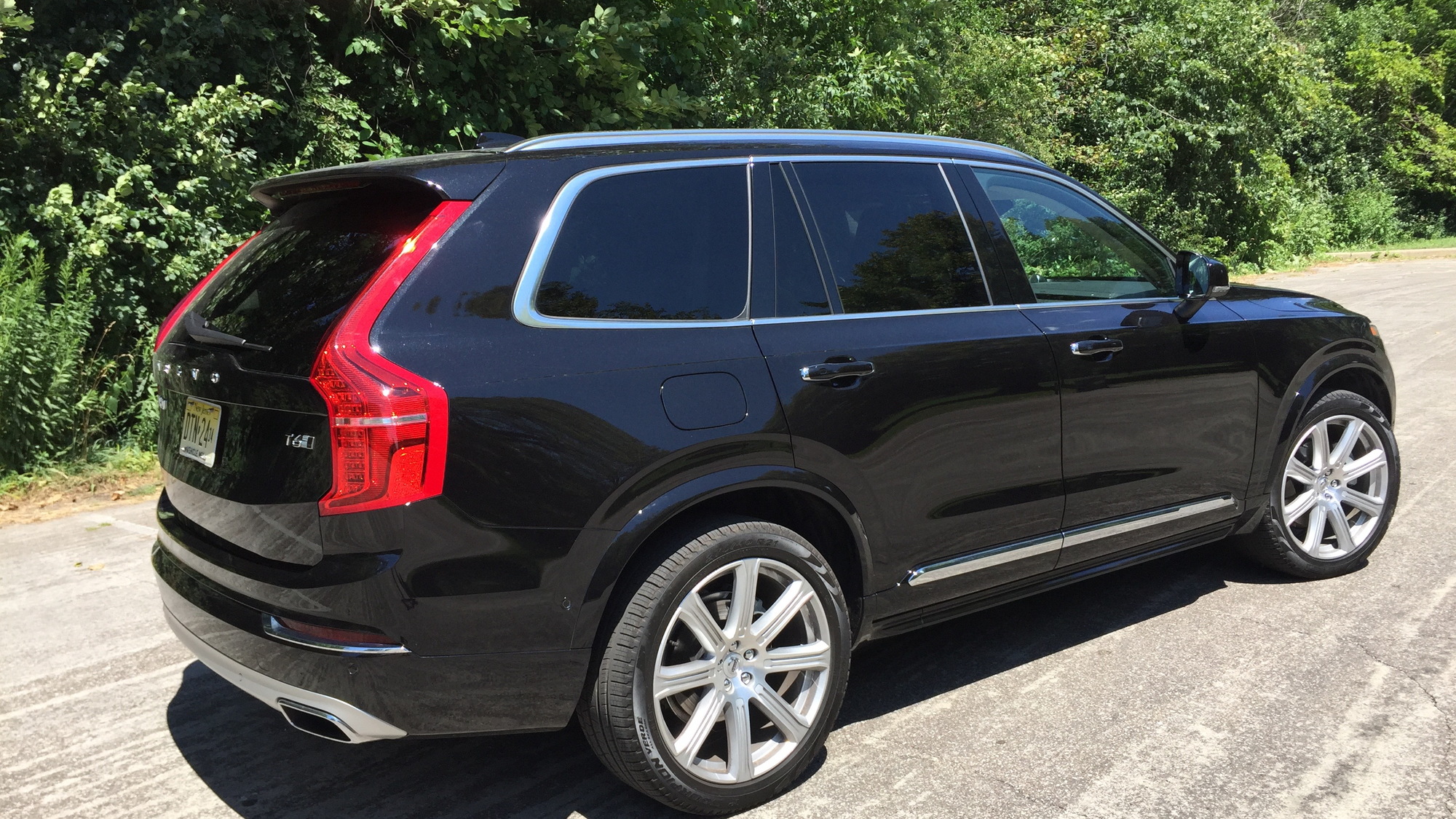 My colleague Bengt Halvorson calls the 2016 Volvo XC90 one of the most important production introductions of the year. Let me clarify that for you. To the industry, the second-generation XC90 is just another luxury three-row crossover SUV. But to Volvo, it's the vehicle that could make or break its fragile brand.

I spent the past week in the XC90 and put almost 500 miles on the odometer. Like I did after the press drive in May, I came away mostly impressed. My test vehicle was a T6 AWD Inscription model with a boatload of features that brought the XC90's $49,895 starting price up to $66,705. Here are a few thoughts on Volvo's latest family hauler.

The looks are elegant. Even though I don't think looks have anything to do with the quality of a vehicle, they do play a major role in buyers' purchase decisions. The 2016 XC90 could be accused of being boxy and upright, but I think it looks elegant and is a just as luxurious as the Mercedes-Benz GLE and BMW X5. A departure from other recent Volvos, it effectively makes them look old and outdated. In my opinion, that's a hallmark of good design.

Power is fine, fuel economy is adequate. One of Volvo's biggest hurdles will be convincing luxury buyers that a four-cylinder engine can power a luxury crossover. Both turbocharged and supercharged, the XC90's 2.0-liter four spins out 316 horsepower and 295 pound-feet of torque, putting it in line with the six-cylinders offered by the competition. On the road, the four provides willing power from a stop, though midrange passing response isn't as immediate as in the BMX X5 with the 3.0-liter turbocharged inline-six. Nonetheless, XC90 buyers won't find the power wanting.

Fuel economy, however, it just mediocre. The advantage of a forced-induction engine is best realized when the turbocharger or supercharger aren't in use. Given the XC90's blocky design, pure size, and nearly 4400-pound curb weight, that won't happen very often. In my 472 miles behind the wheel, I averaged 21.1 mpg, topping out at about 22 mpg when driving slightly above the 70 mph speed limit on a trip to Michigan. Meh.

Sensus works well. I came away from the original press drive impressed with Volvo's new Sensus infotainment system, and my first extended experience with it confirmed my initial thoughts. I really like the large, vertical layout, the swipe capability, and the quick reaction times. I also like the tile layout. The screen features four tiles for the various system controls. When one of those tiles is chosen it dominates the screen, but the other tiles are still present in a smaller form. That proved helpful as I toggled between the nav system and satellite radio. After switching between the comedy, sports, and heavy metal stations, I could flip back to the navigation screen with a quick touch of the screen. Very easy. Bottom line? This is the most innovative infotainment system I have seen in years.

A Chinese-owned Volvo can be a success.The 2016 XC90 is the first Volvo developed entirely under the ownership of the Chinese company Geely. It rides the brand's new Scalable Product Architecture that will also underpin Volvo's forthcoming sedans and smaller crossovers. The platform provides a generally smooth ride (though the 21-inch wheels and tires seem a bit much) and controlled handling. If the future products on this platform are as good as this one, Volvo should make a strong comeback under Chinese ownership.