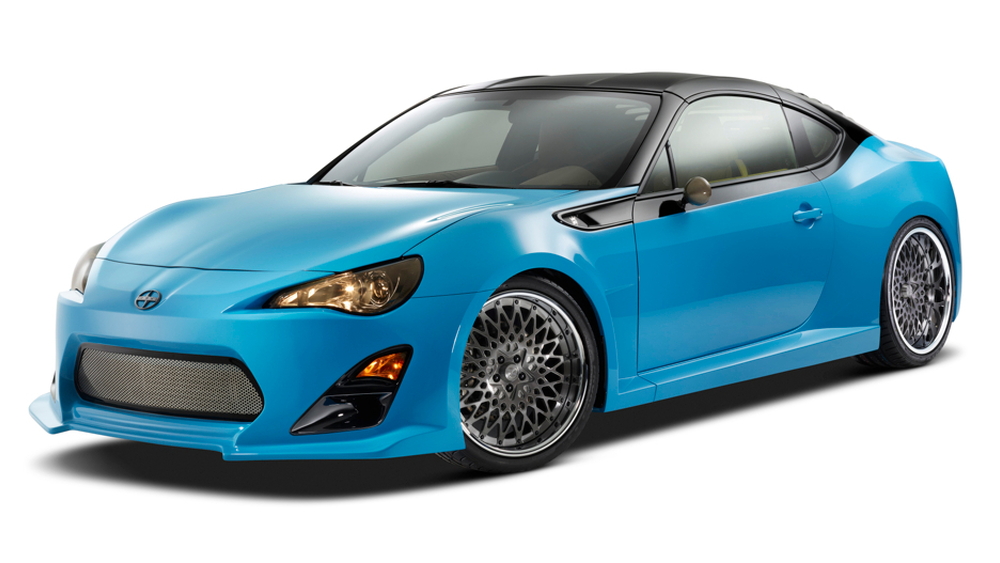 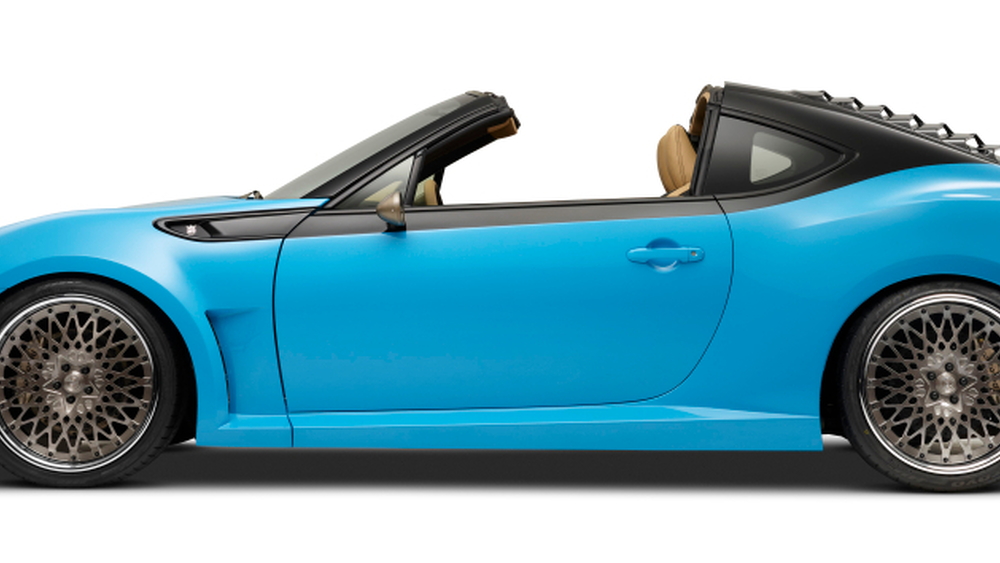 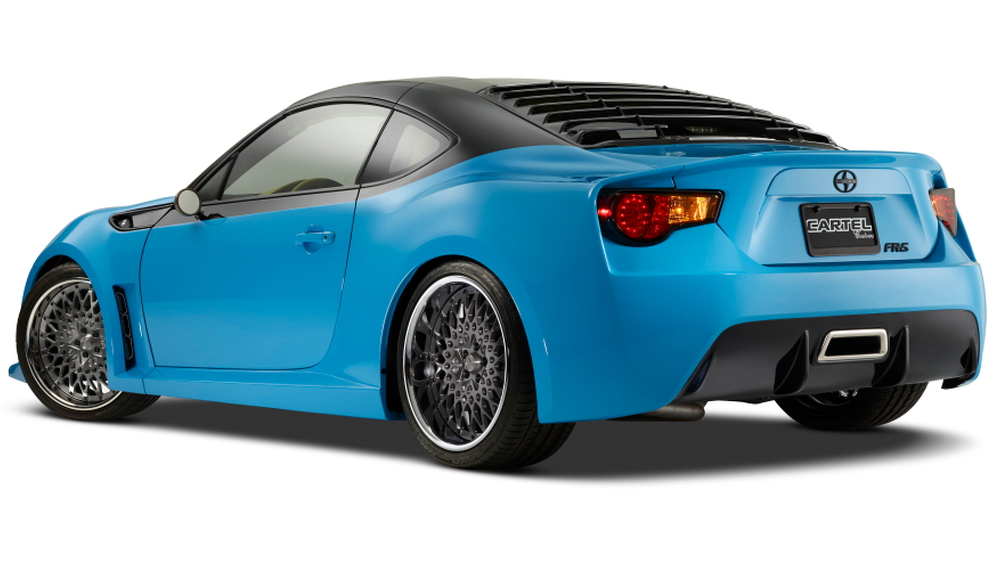 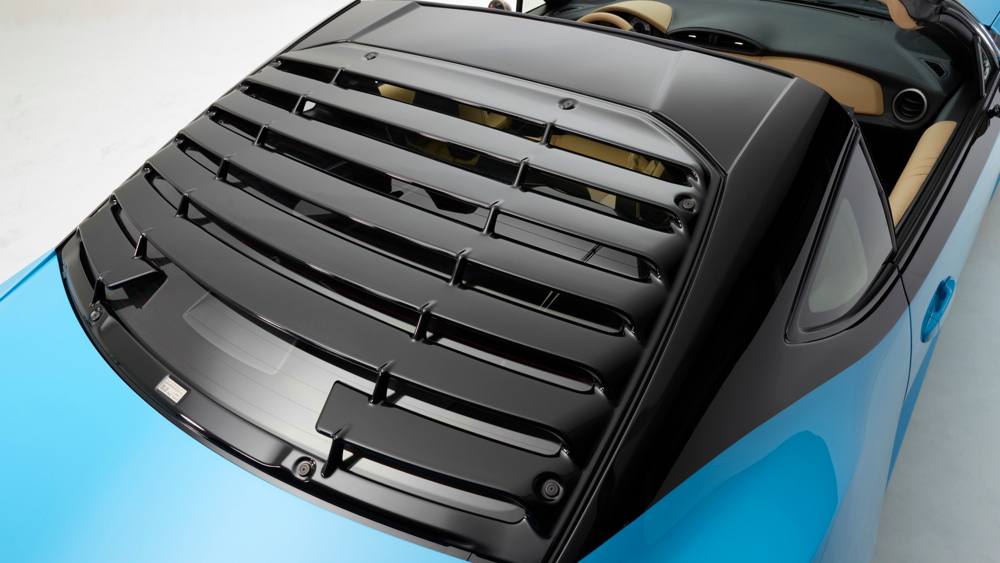 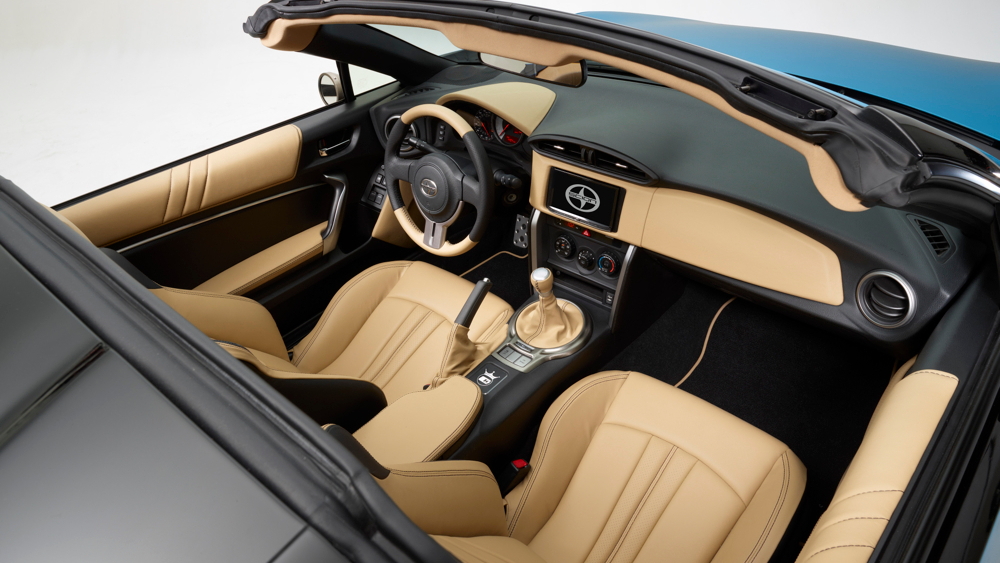 There's been a lot of speculation about a convertible version of the Scion FR-S and Subaru BRZ twins, but what about a targa? Scion will unveil a targa-topped FR-S at the 2014 SEMA show next week.

Known as the Scion FR-S T1, it even features rear-window slats that make the car look a bit like a mini 1980s Camaro. This may be the first FR-S that requires the driver to have a mullet. The SEMA concept also gets custom 19-inch forged wheels, a Greddy turbocharger kit, and lowered suspension. it was built by Jeremy Lookofsky of Cartel Customs, and is painted in a light hue called Azzuro California Blue.

Don't expect a production version, though. The FR-S T1 was likely built to show off the possibilities the production hardtop holds as a blank canvas for modifiers, and nothing more.

Despite showing a concept convertible Toyota GT 86 (as the FR-S is known in other markets) at the 2013 Geneva Motor Show, the home office hasn't shown much interest in a production version. Slow global sales have reportedly put a convertible and other variants on indefinite hold.

DON'T MISS: 'Furious 7' Will See The Return Of Race Wars!

A targa would likely have an even smaller market than a full convertible, so it looks like all FR-S models will have fixed roofs for now. Still, the FR-S targa should look pretty cool on the Scion stand at SEMA, and so will the other cars Toyota's "youth" brand plans to show off.

For more on the 2014 SEMA show, head over to our dedicated hub.