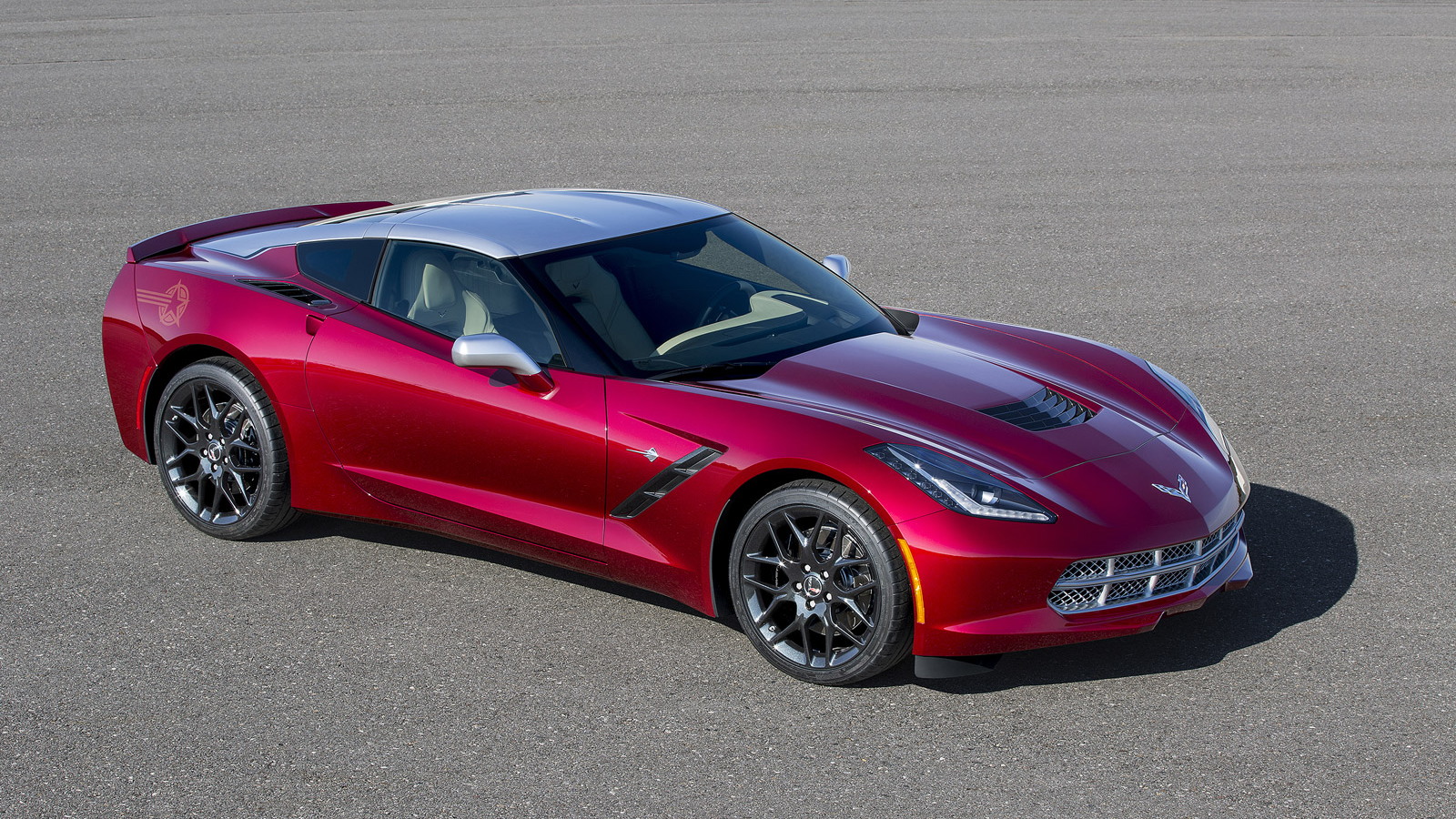 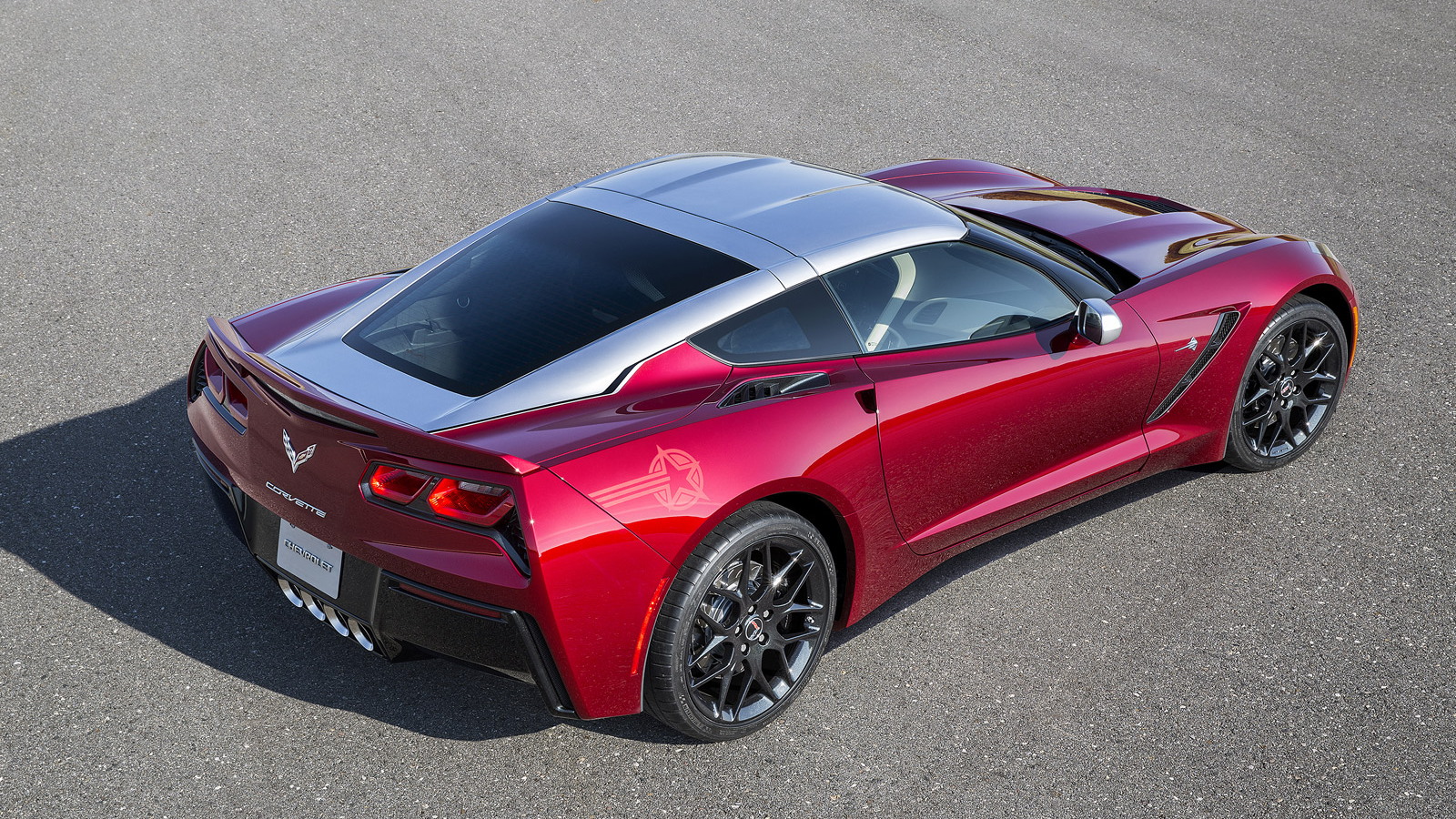 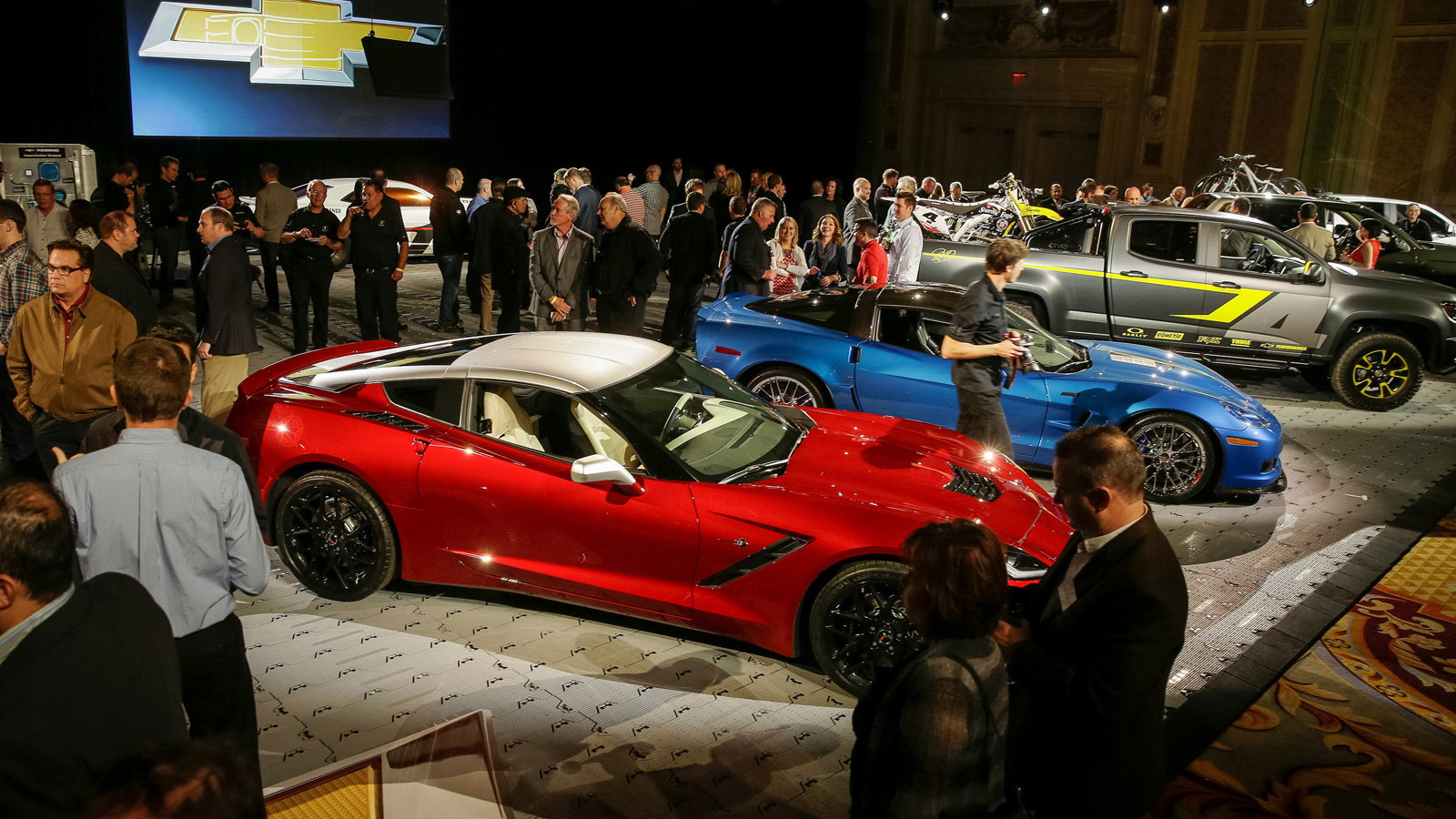 Starting with the Corvette Stingray of Paul Stanley, it features a two-tone paint scheme for the exterior that combines a unique Candy Red hue with Midnight Glaze Silver. For the interior, Stanley picked quilted parchment leather for the seats, along with additional parchment leather accents around the cabin. The colors here are Jet Black with contrast Dark Red accent stitching.

“This car is undeniable in terms of its aesthetics,” Stanley said in a statement. “And it is also a world-class piece of machinery.”

The Corvette Stingray of Jimmie Johnson features a lot more personalized details. Under the hood sits a brand new 6.2-liter LT1 V-8 introduced with the C7 Corvette. Some custom fabrication was required to install it in the classic C3 Corvette, where it was paired up with a Super Magnum six-speed manual transmission.

The chassis has been worked over too, with new coil-over suspension, brakes from a C6 Corvette Z06, and 18-inch wheels all fitted. The latter has been designed to emulate the design of the 15-inch rally wheels originally offered on the 1971 Corvette Stingray. Also for the exterior, Johnson went with a Silver Blue paint scheme and had a vented hood installed.

Inside, Johnson selected original-style bucket seats trimmed in black leather with suede inserts. He also selected a suede-wrapped, three-spoke steering wheel, as well as carbon fiber accents. As a special touch, his signature can be found at a number of locations around the cabin.

“This car not only has the look, but the powertrain is going to make it sound fast and responsive,” Johnson said at the reveal of his personalized ‘Vette. “ And it’s a 1971 classic.”

In addition to these two personalized Corvettes, Chevy also rolled out the first of the restored Corvettes destroyed in the recent Corvette Museum sinkhole. The car is a 2009 Corvette ZR1 prototype, nicknamed Blue Devil (pictured above).

Finally, Chevy also previewed some performance parts for the C7 Corvette borrowed from the 2015 Corvette Z06. Though the parts are still in the concept phase, Chevy could start offering them if the response from the public is positive. They include aero, chassis and suspension components such as stabilizer bars, Bilstein shocks, Brembo brakes, carbon fiber underbody braces, and a front grille package.