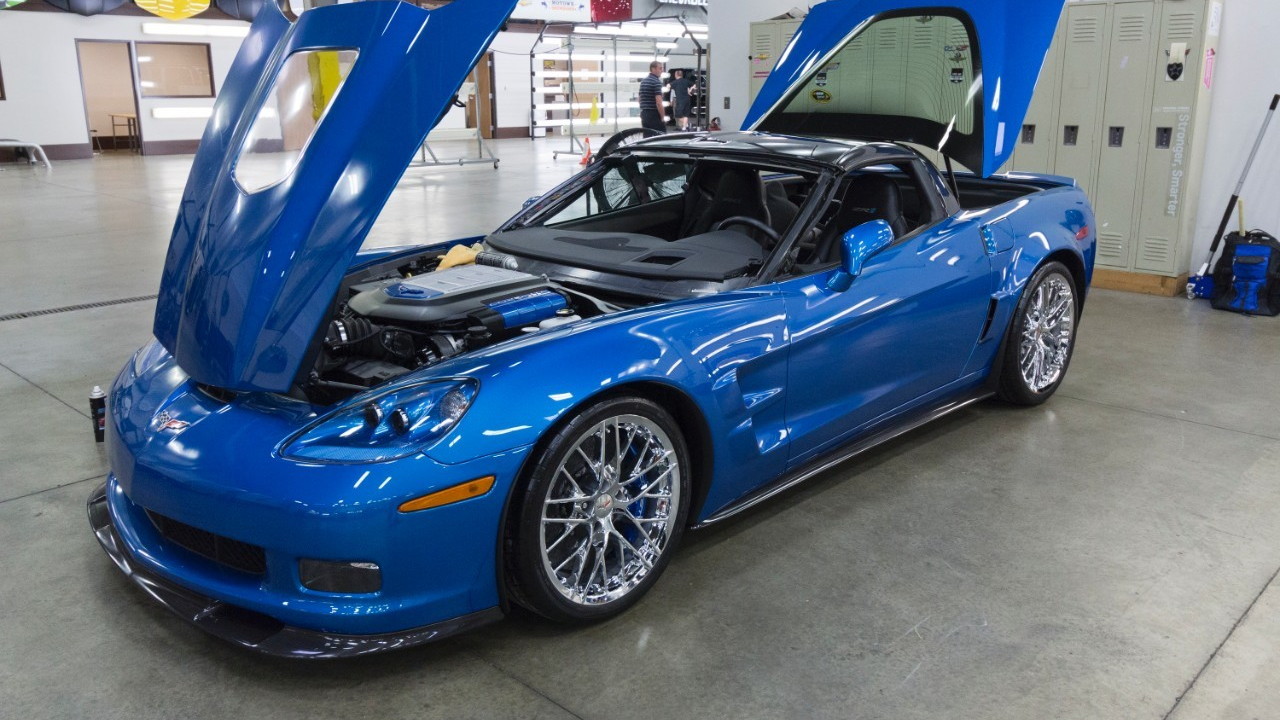 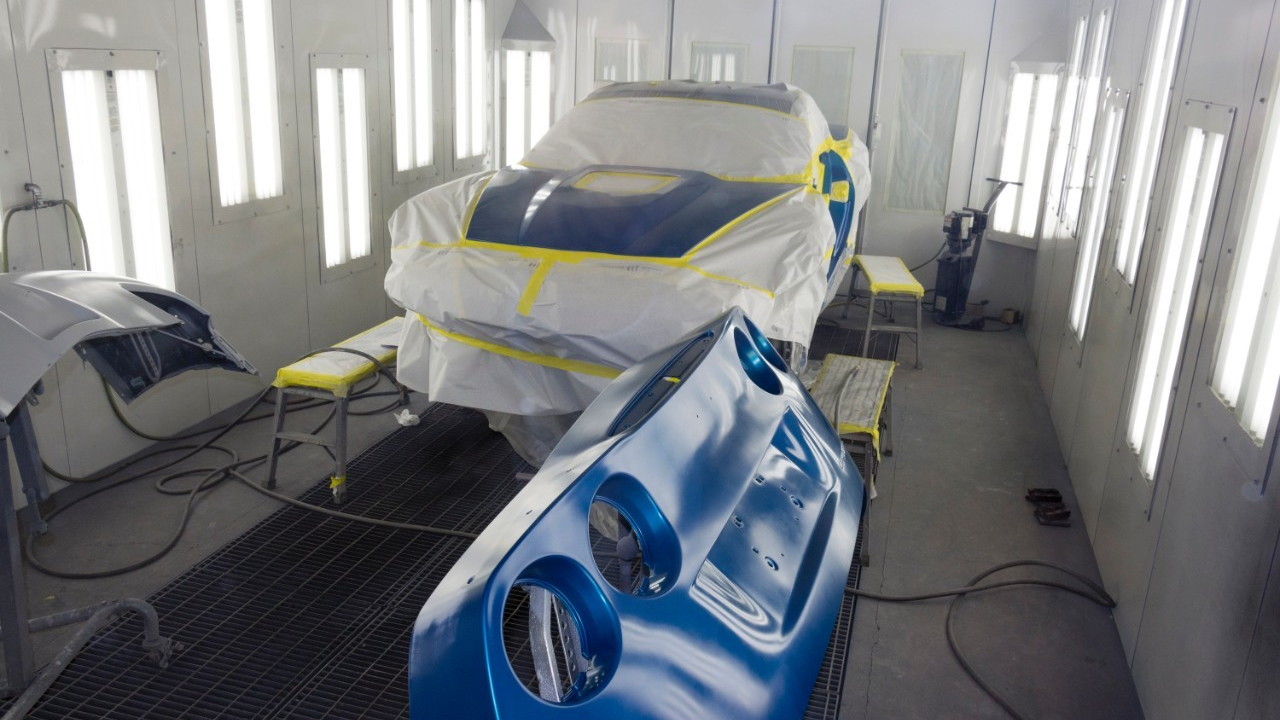 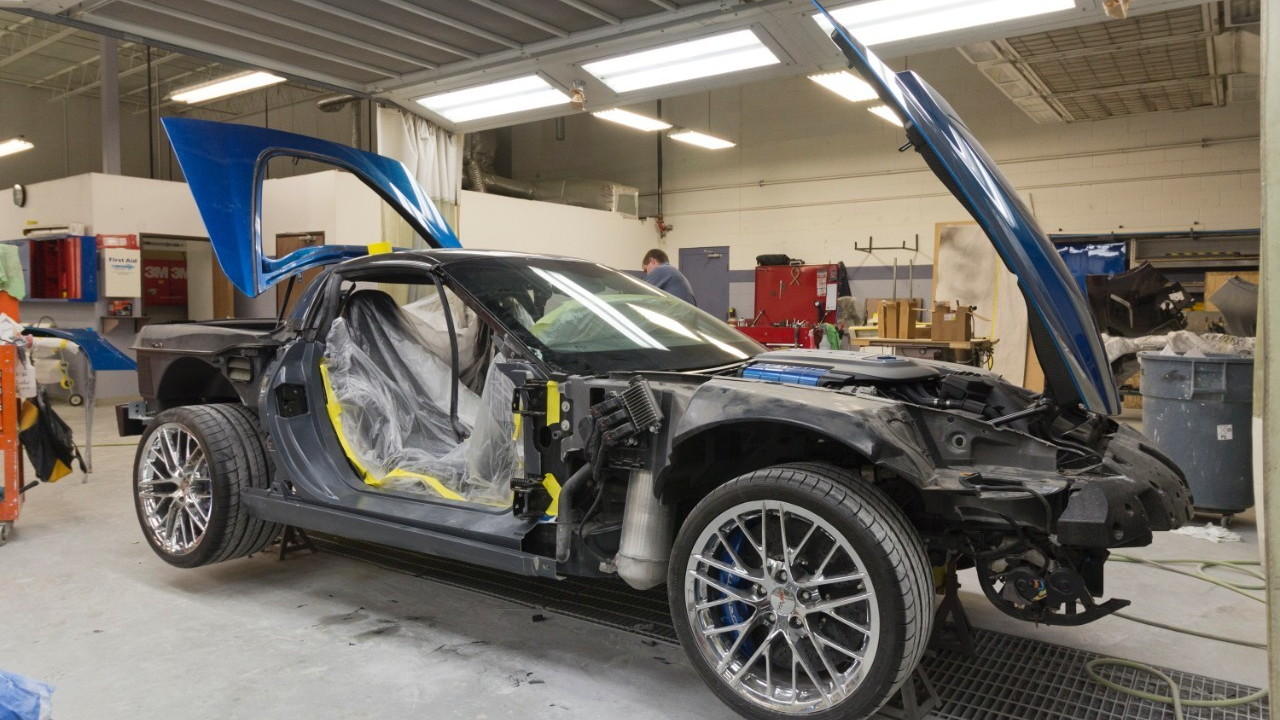 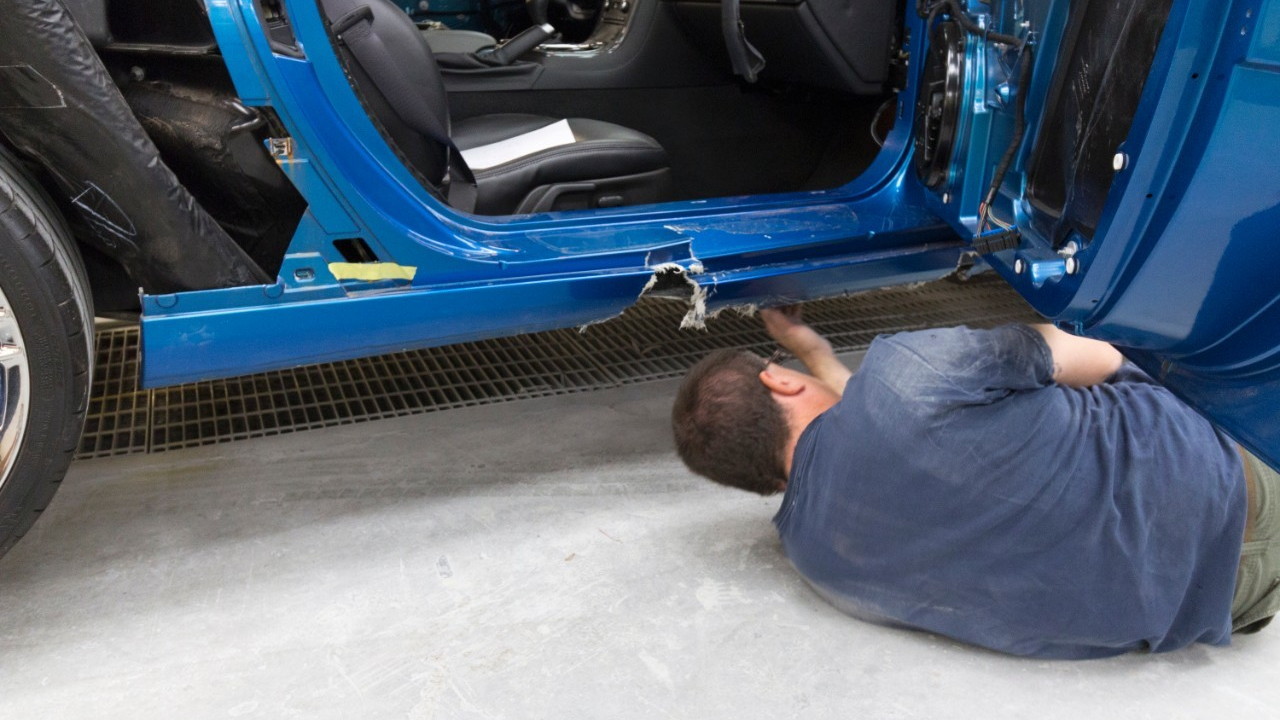 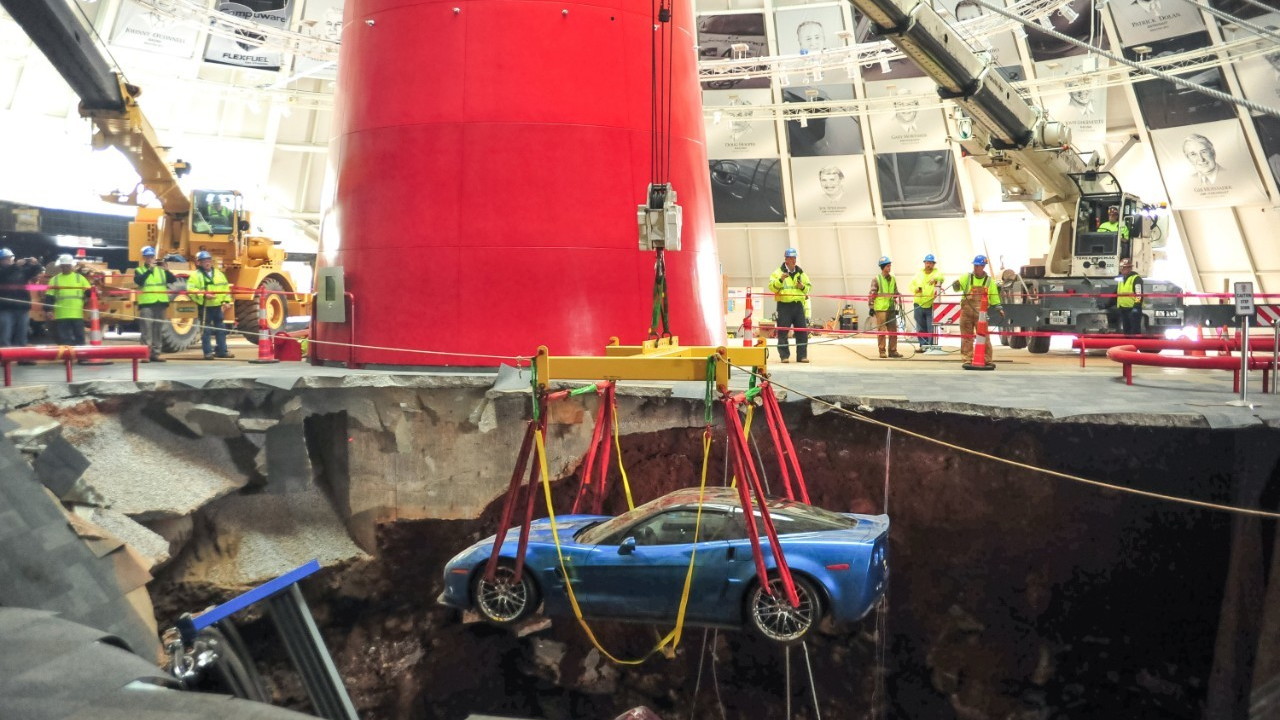 The first car recovered from the sinkhole that opened under the National Corvette Museum's Skydome back in February has been restored by General Motors Company [NYSE:GM], and it was presented today at the 2014 SEMA show taking place in Las Vegas.

The 2009 Corvette ZR1 prototype—known as the Blue Devil—was probably the least damaged of the eight cars that temporarily joined Satan's car collection. Despite falling 30 feet into the hole, it started and drove out under its own power. Still owned by GM and on loan to the museum, it was placed back on display until September, when it was returned to the company for restoration.

Despite the light damage, there were still a number of things that needed to be addressed, such as a cracked windshield and damaged body parts, including some of the ZR1's carbon fiber ground effects. Oil lines for the 6.2-liter supercharged LS9 V-8's dry-sump oiling system also needed to be replaced, and the driver's side rear control arm had been bent in the fall.

The entire rebuild took about six weeks. GM will now tackle the restoration of the 1 millionth Corvette built, a white 1992 convertible. It will also fund the restoration of a 1962 'Vette recovered from the sinkhole, which will be overseen by the museum.

The other five cars were considered too far gone to be rebuilt, although they'll likely become part of an exhibit on the sinkhole, which has actually become a boon to the museum. Attendance has been up dramatically since it appeared.

Repairs to the sinkhole itself will begin later this month. This Sunday, November 9, will be the last day for public viewing of the oddity, and repairs are expected to be completed by July 2015.