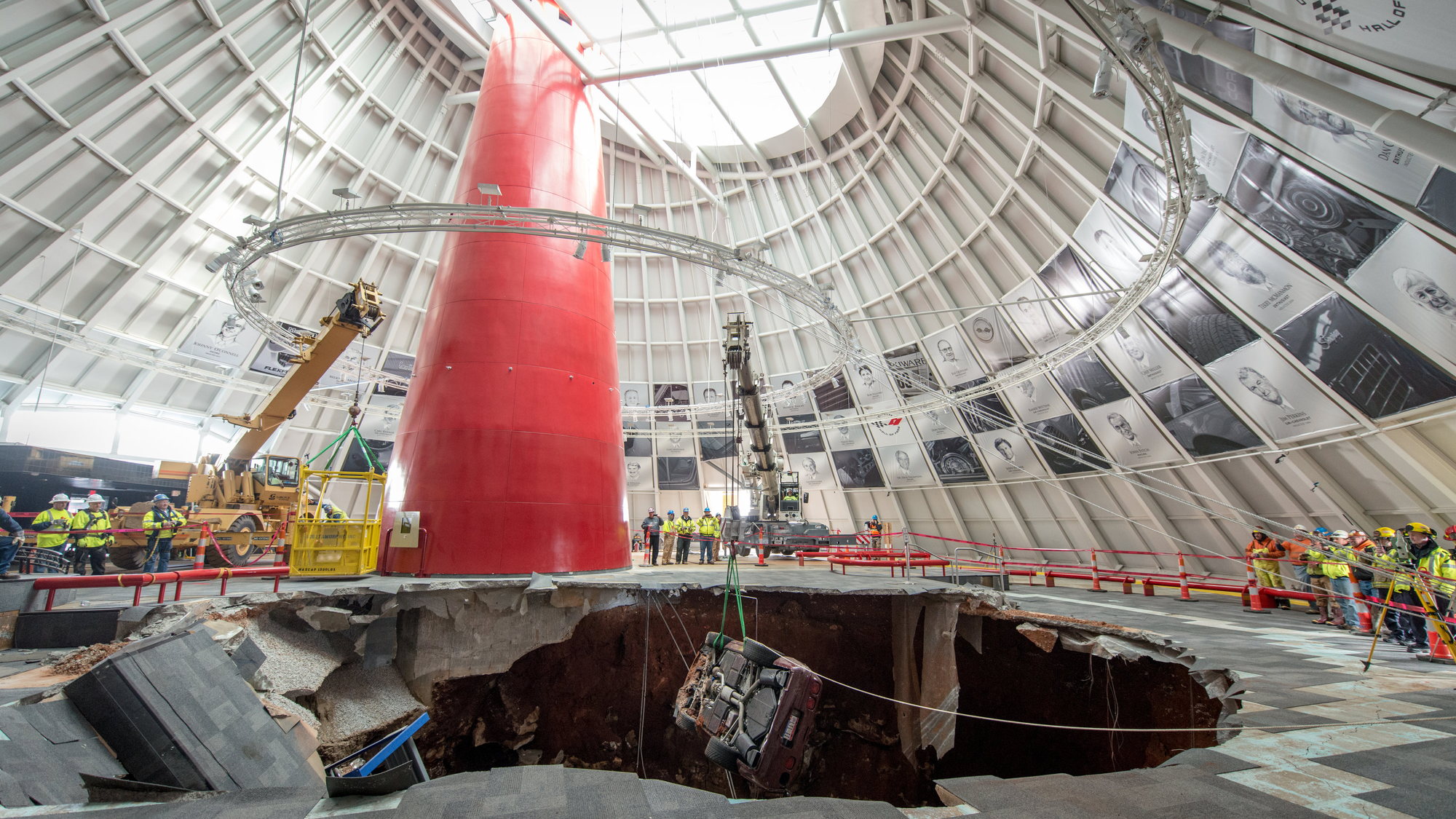 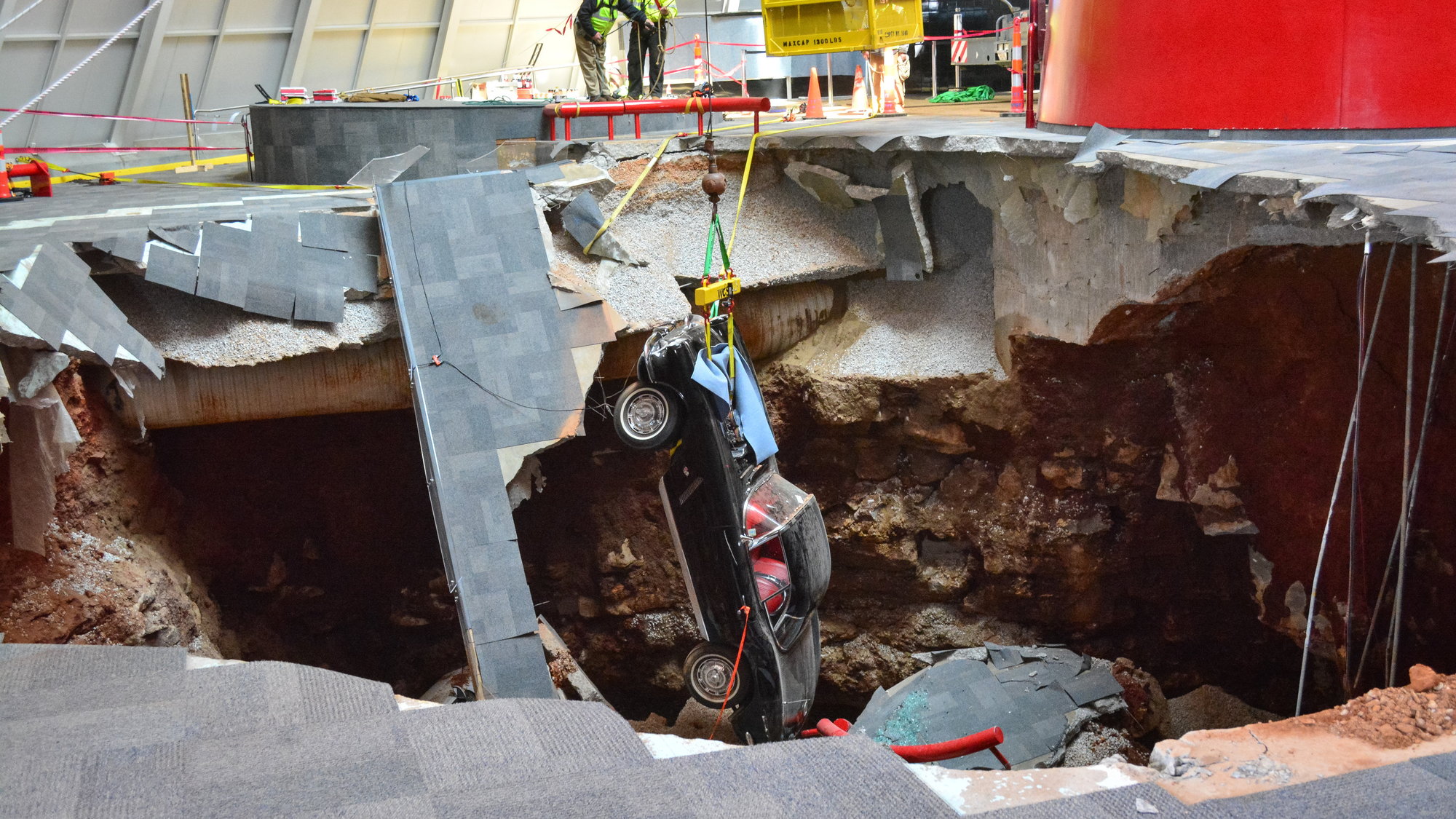 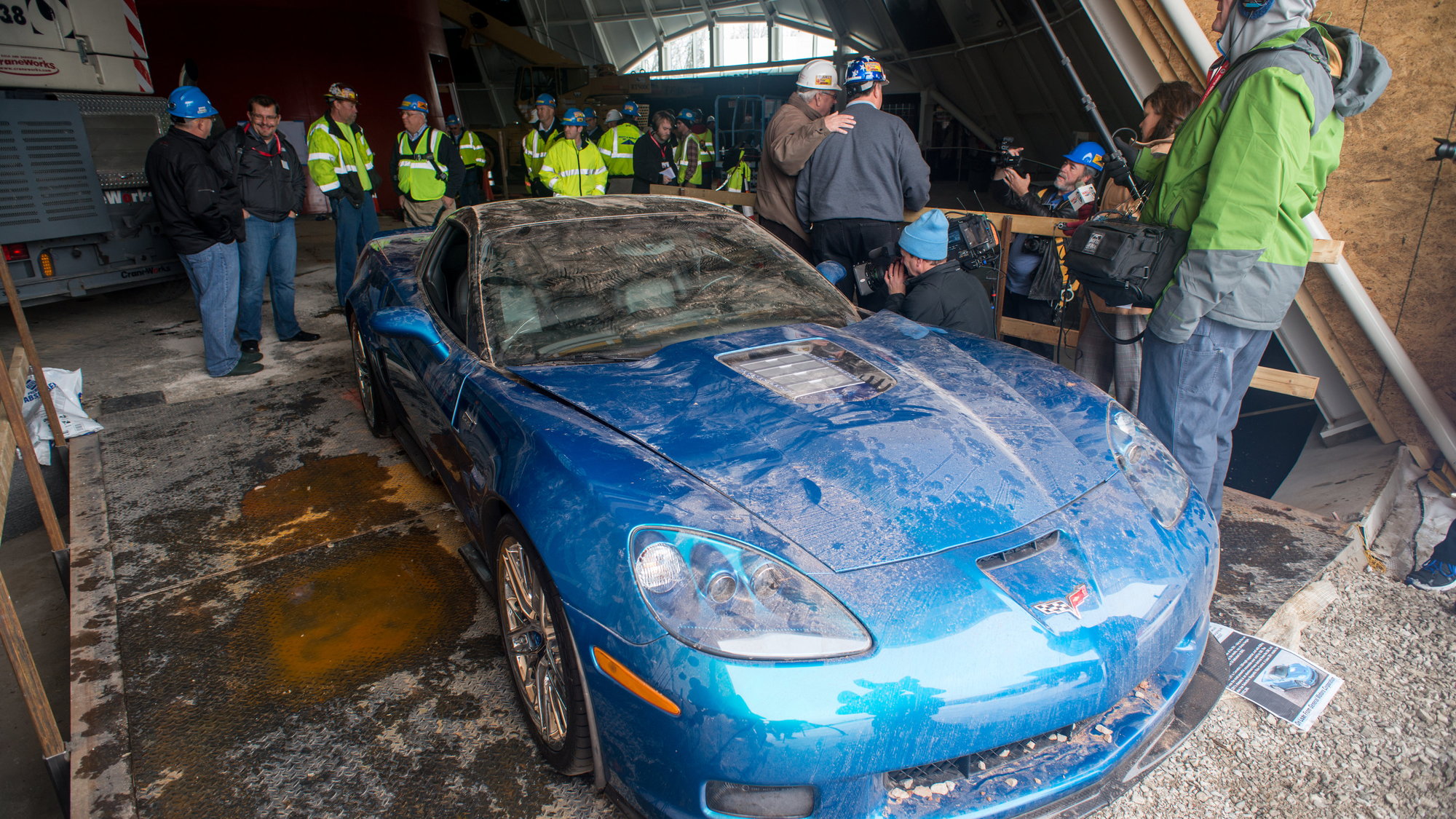 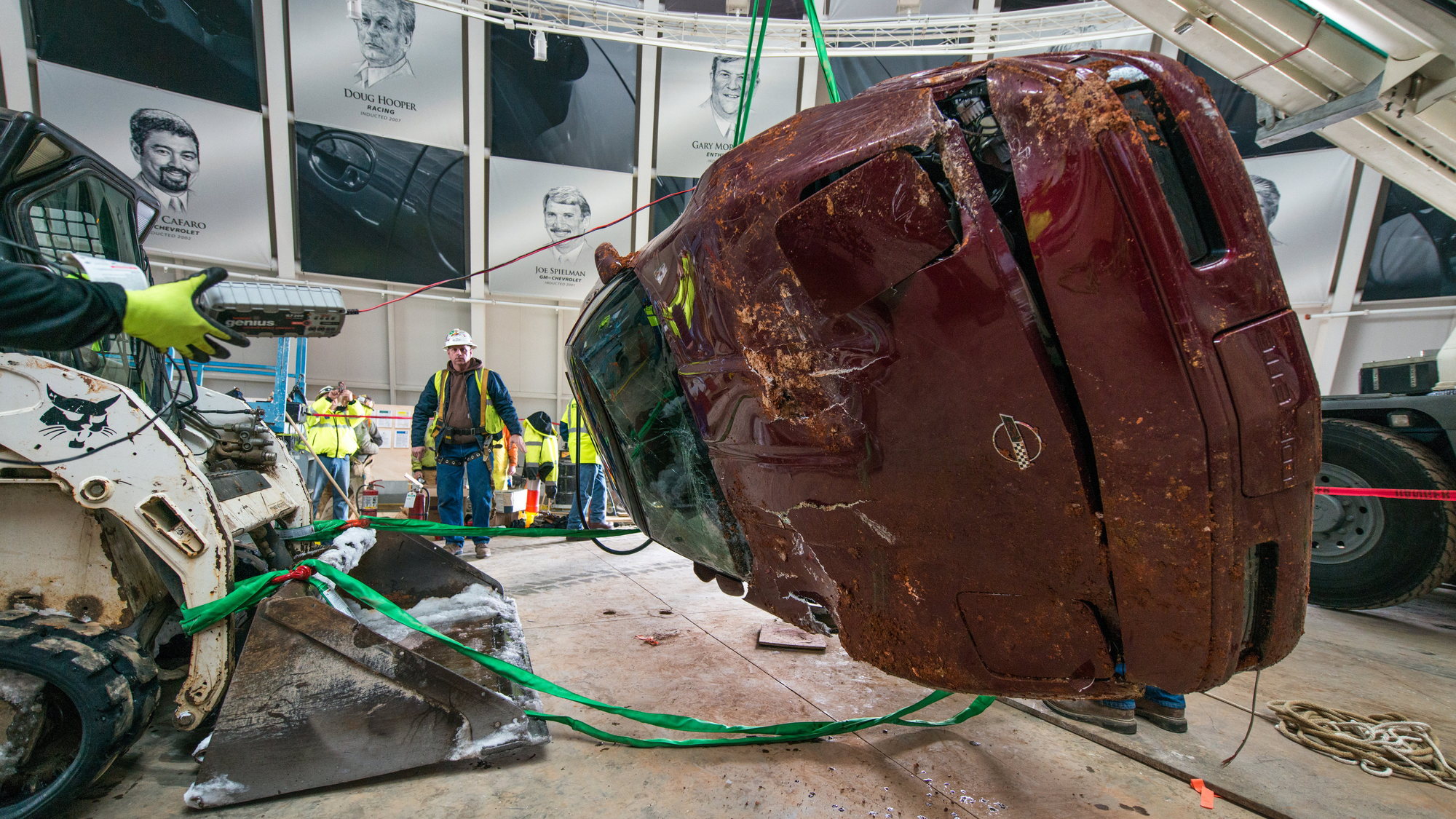 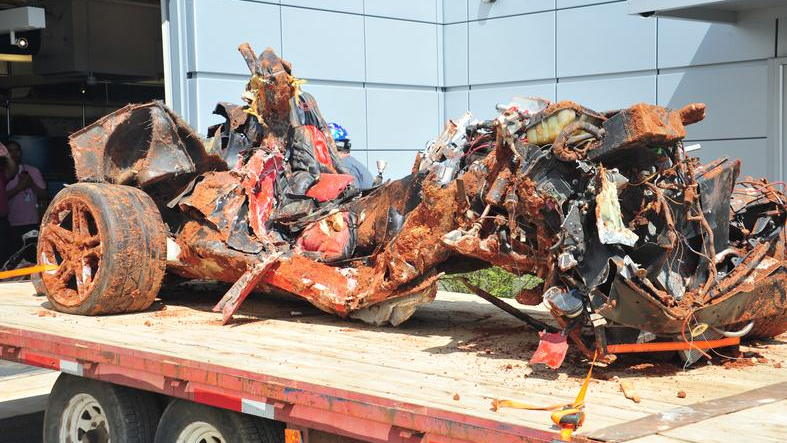 For car fans, it wasn't an easy sight to see: Several of the world's rarest Corvettes, resting in a crumpled heap at the bottom of a large sinkhole under the National Corvette Museum in Bowling Green, Kentucky. Now, the future is looking brighter for three of those Corvettes, which General Motors Company [NYSE:GM] has vowed to restore.

Chevrolet will restore the 2009 Corvette ZR1 prototype known as 'Blue Devil', and the 1-millionth Corvette. It will also provide funds for restoration of the 1962 Corvette damaged in the sinkhole, which the museum itself will oversee. Five other vehicles damaged by the sudden geological feature will not be repaired, as "restoration would be impractical" according to GM product chief and Corvette fan Mark Reuss. Instead, the remaining cars will be put on display in their damaged state for visitors of the museum. GM will provide nearly $250,000 in total to help the museum recover from the disaster.

The hole itself was to remain a feature initially—visits jumped by 60 percent following the incident—but that is no longer the case. Museum executive director Wendell Strode says the cost of preserving part of the hole, which has become a tourist attraction since its Corvette-swallowing incident, could run to $1 million more than restoring the Skydome section of the museum to its pre-disaster state.

The five vehicles not receiving restoration include a

1984 PPG Pace Car Corvette, 1993 Ruby Red 40th Anniversary Corvette, 2001 Mallett Hammer Z06 Corvette, the 1,500,000th Corvette (built in 2009), and a 1993 Corvette ZR1 Spyder, on loan from GM. Of the eight, the Mallett Hammer Z06 was the last to be rescued and in the sorriest state, its mangled wreckage barely recognizable as a Corvette. Now, at least, a handful of the cars will be restored to their former glory—though those wishing to visit the hole that consumed them should probably do so in the near future. The museum celebrated its 20th anniversary at the weekend.