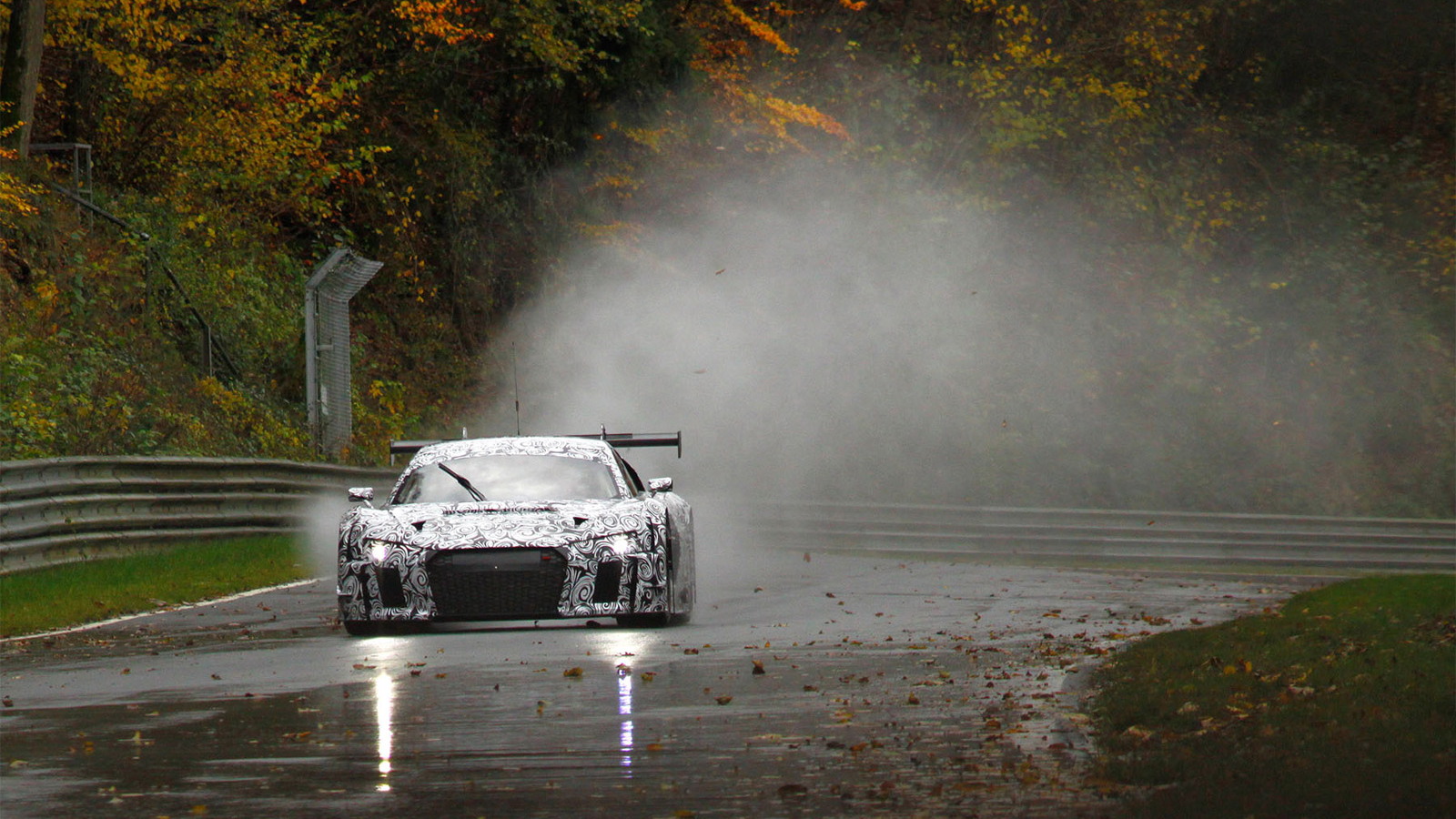 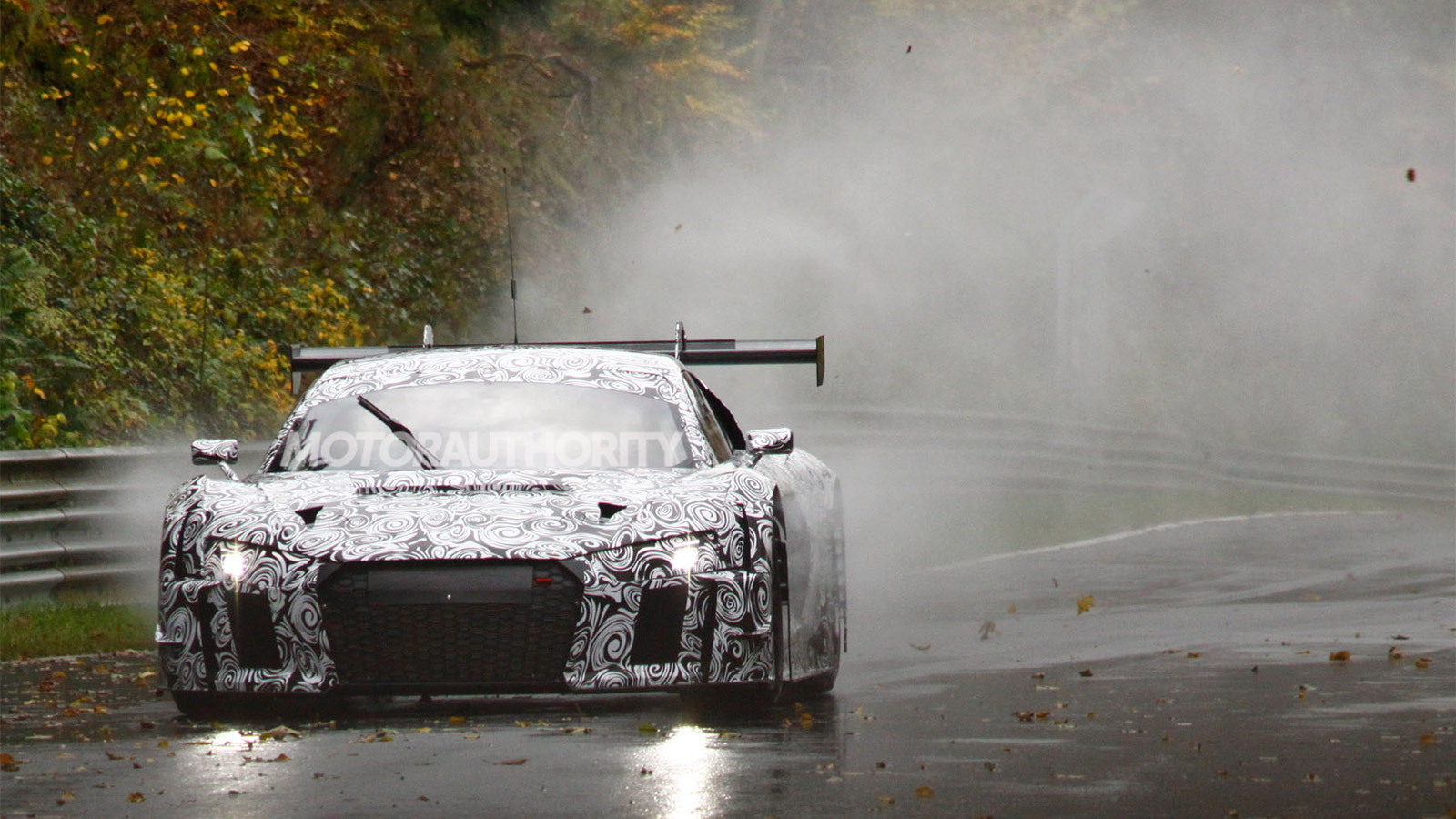 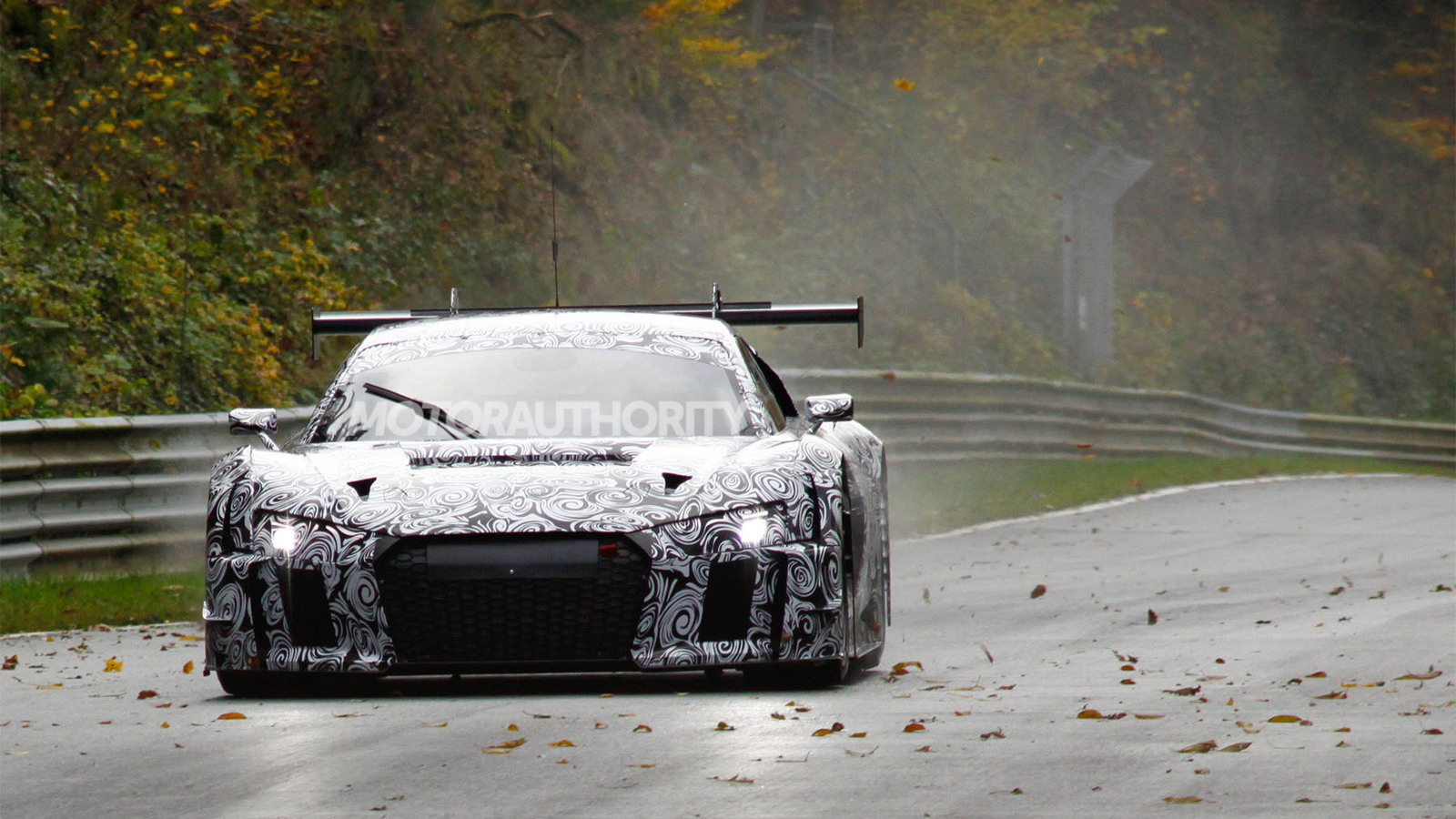 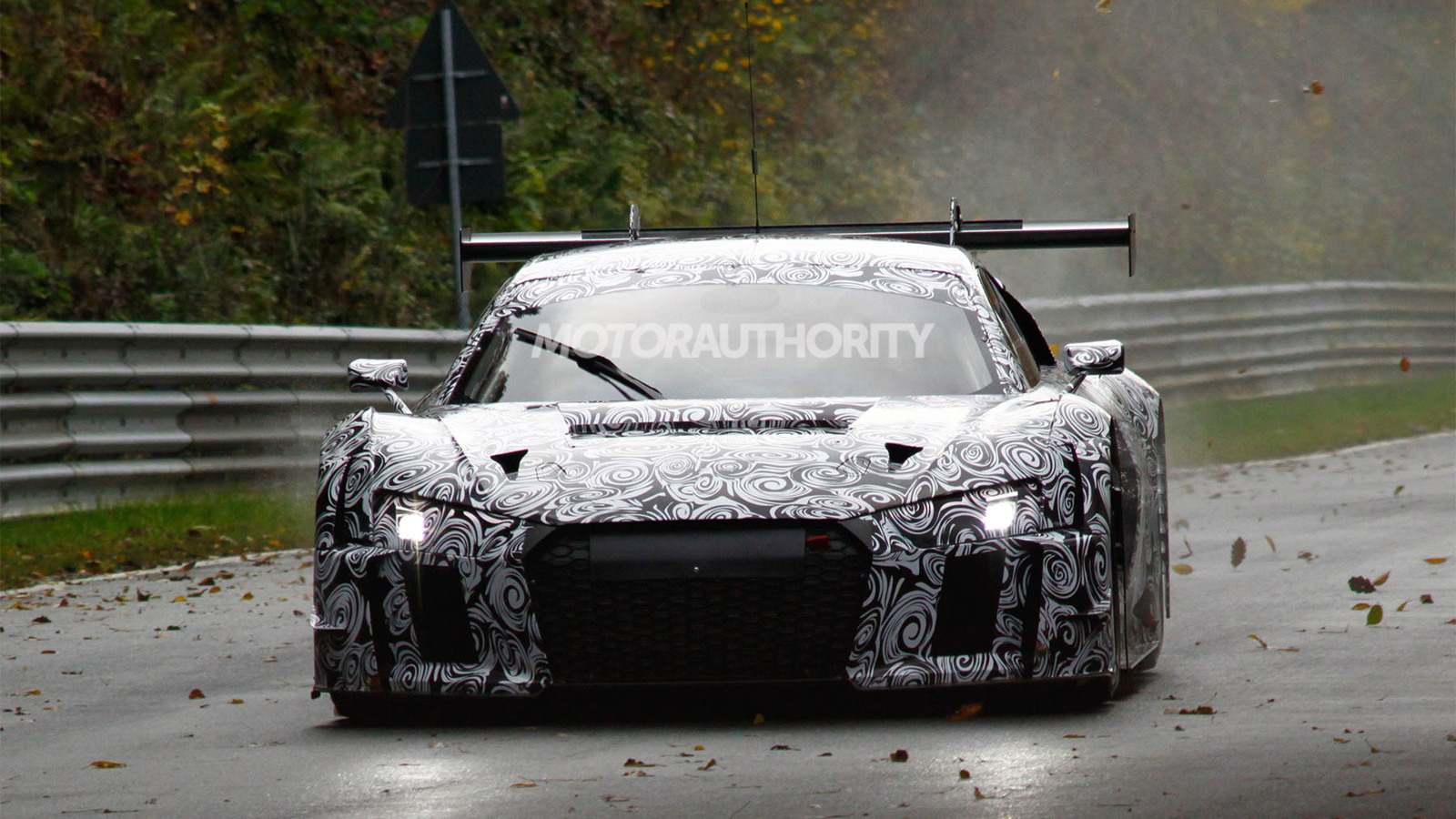 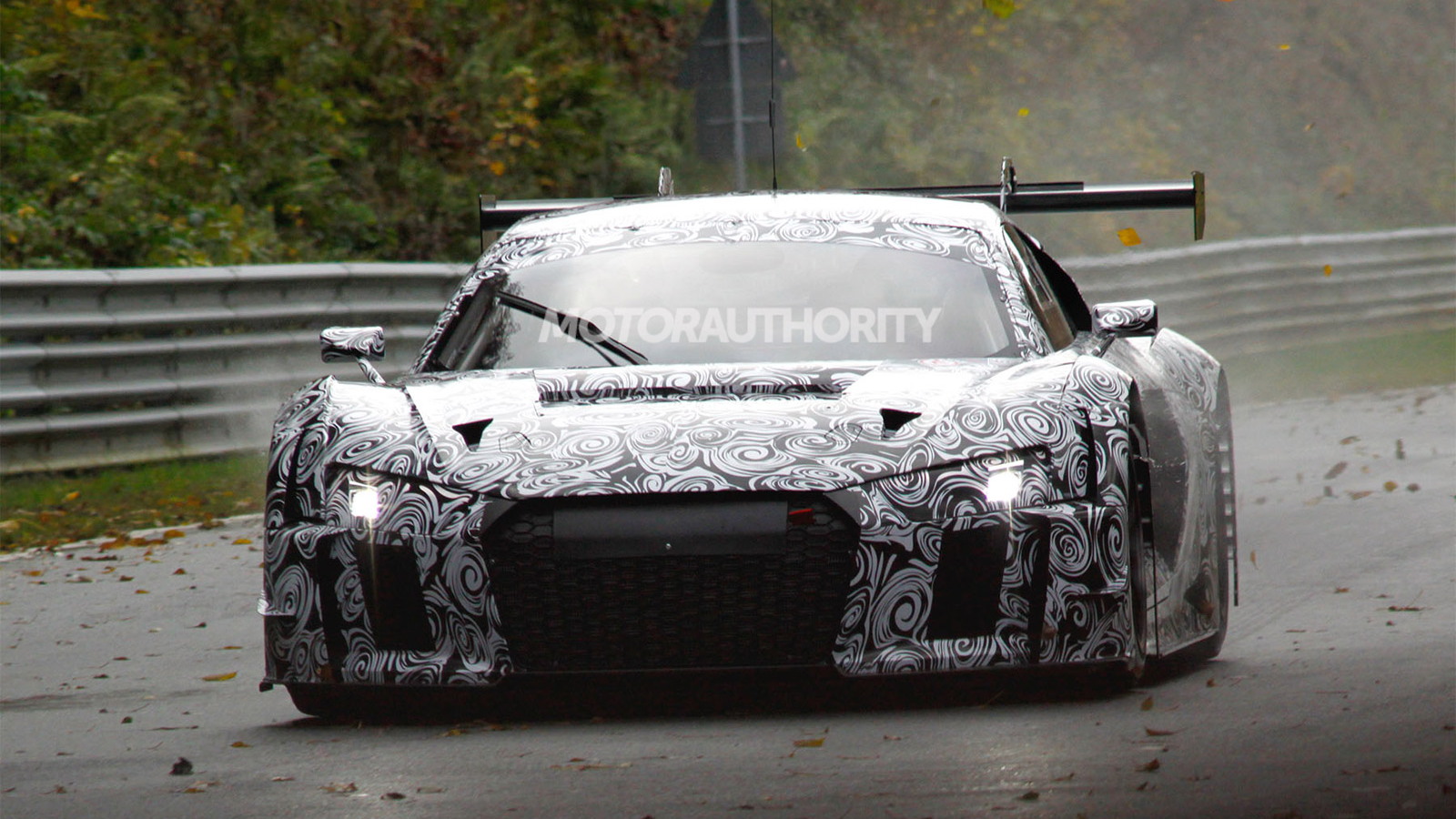 15
photos
Audi is working on a second generation of its R8 supercar, and that means a new version of the R8 LMS ultra race car is also due. We now have photos of a prototype for the new R8 LMS ultra taken during a recent shakedown test at the Nürburgring.

We first saw the race car back in May but the prototypes then were wearing much more camouflage. Numerous details can be seen on the latest prototype—details that are likely to be shared with the road car (pictured below).

We can clearly see that that the race car’s lines match those of prototypes for the road car, albeit with much wider fender flares and a bigger grille. Key design traits include the angular headlights, aggressive grille and multiple aero components.

Many of the aero components, such as the hood vent, narrow side mirrors and rear wing, resemble those fitted on the current 2014 R8 LMS race car. We can also see what appear to be new air curtains at the front.

Like the current R8 LMS, which first appeared in 2009, the new one will likely sport a naturally aspirated V-10 engine spinning the rear wheels via a sequential gearbox. The mass should come in at less than 2,800 pounds. The cars typically compete in GT3-spec events.