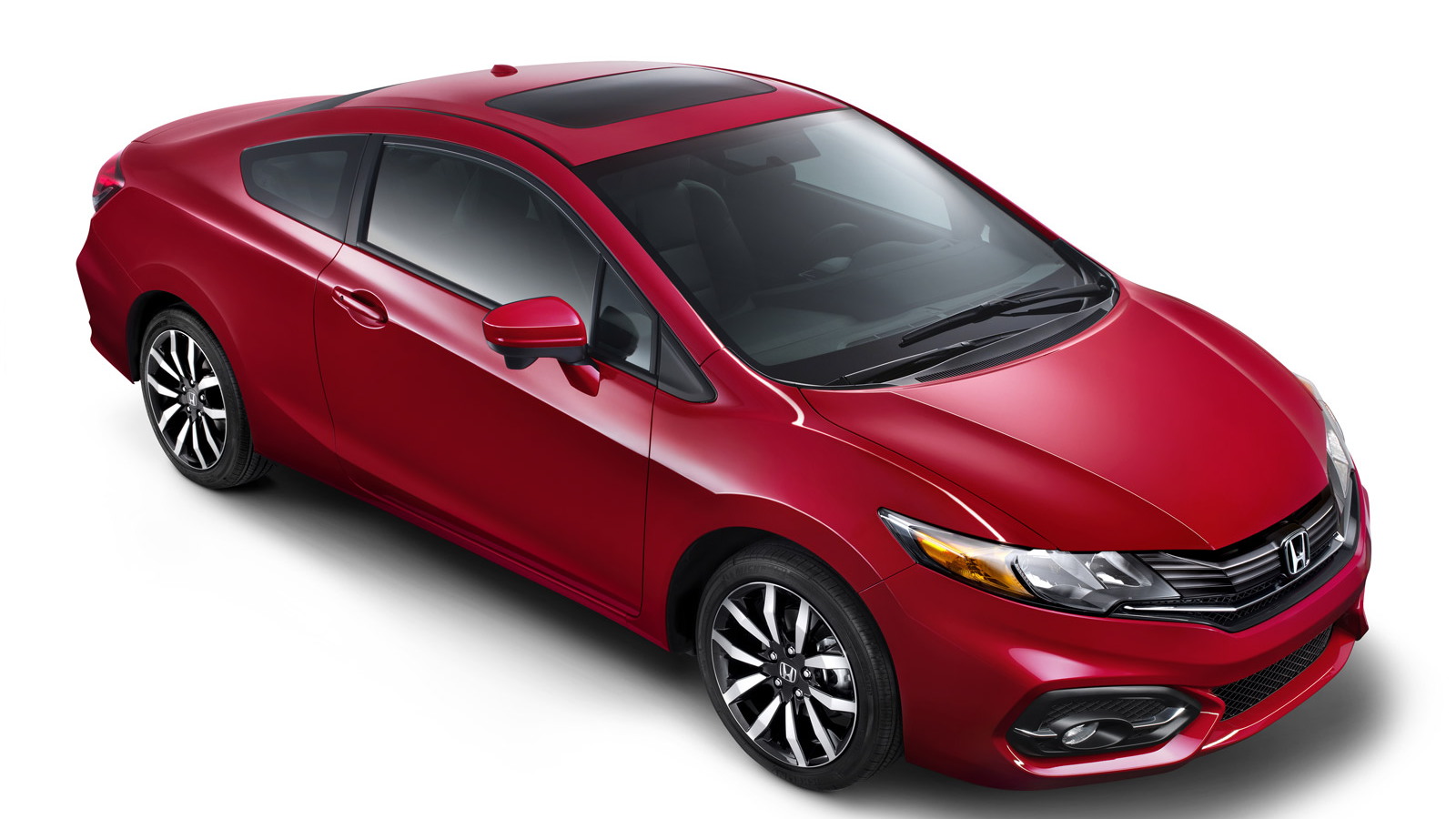 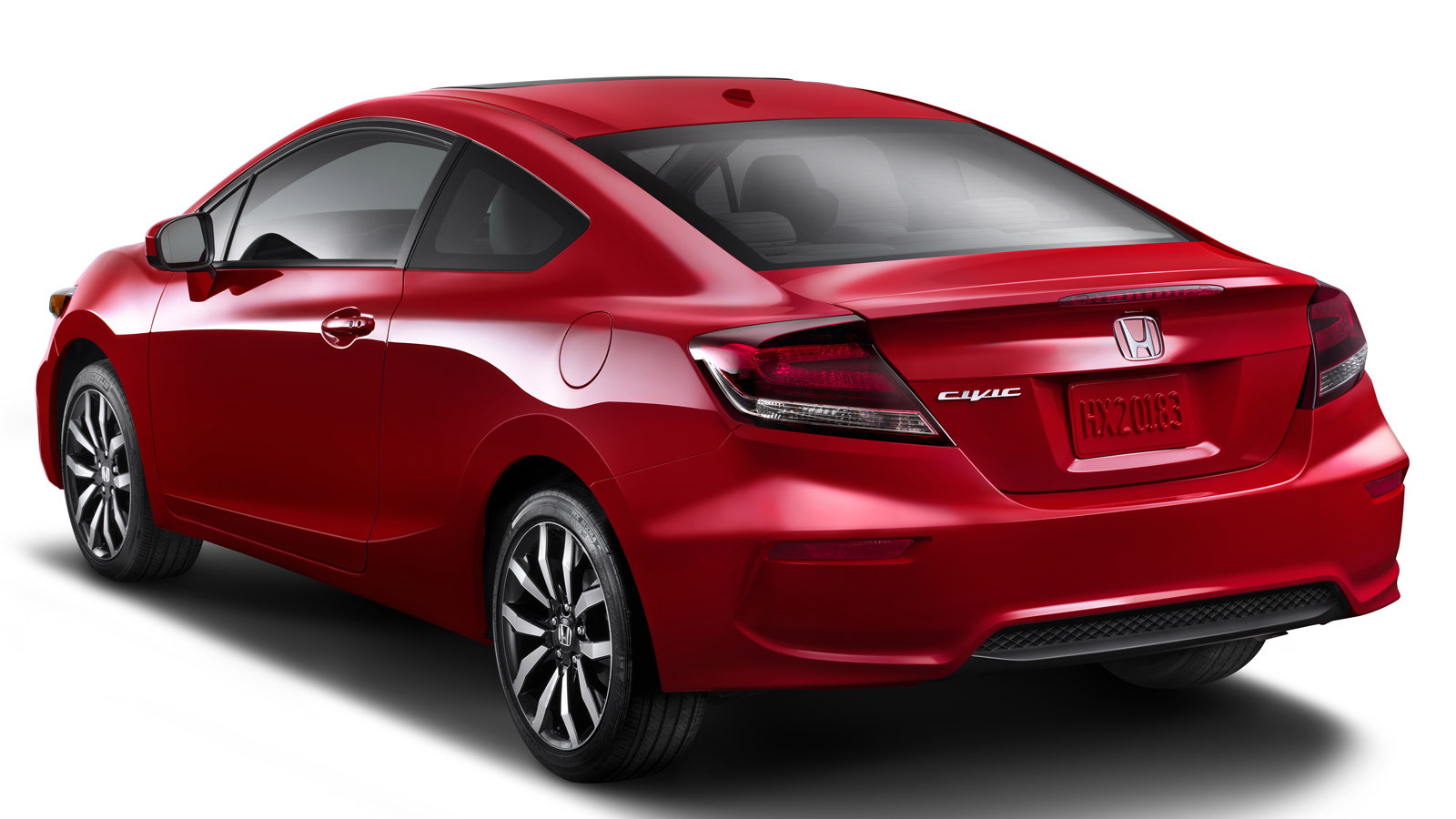 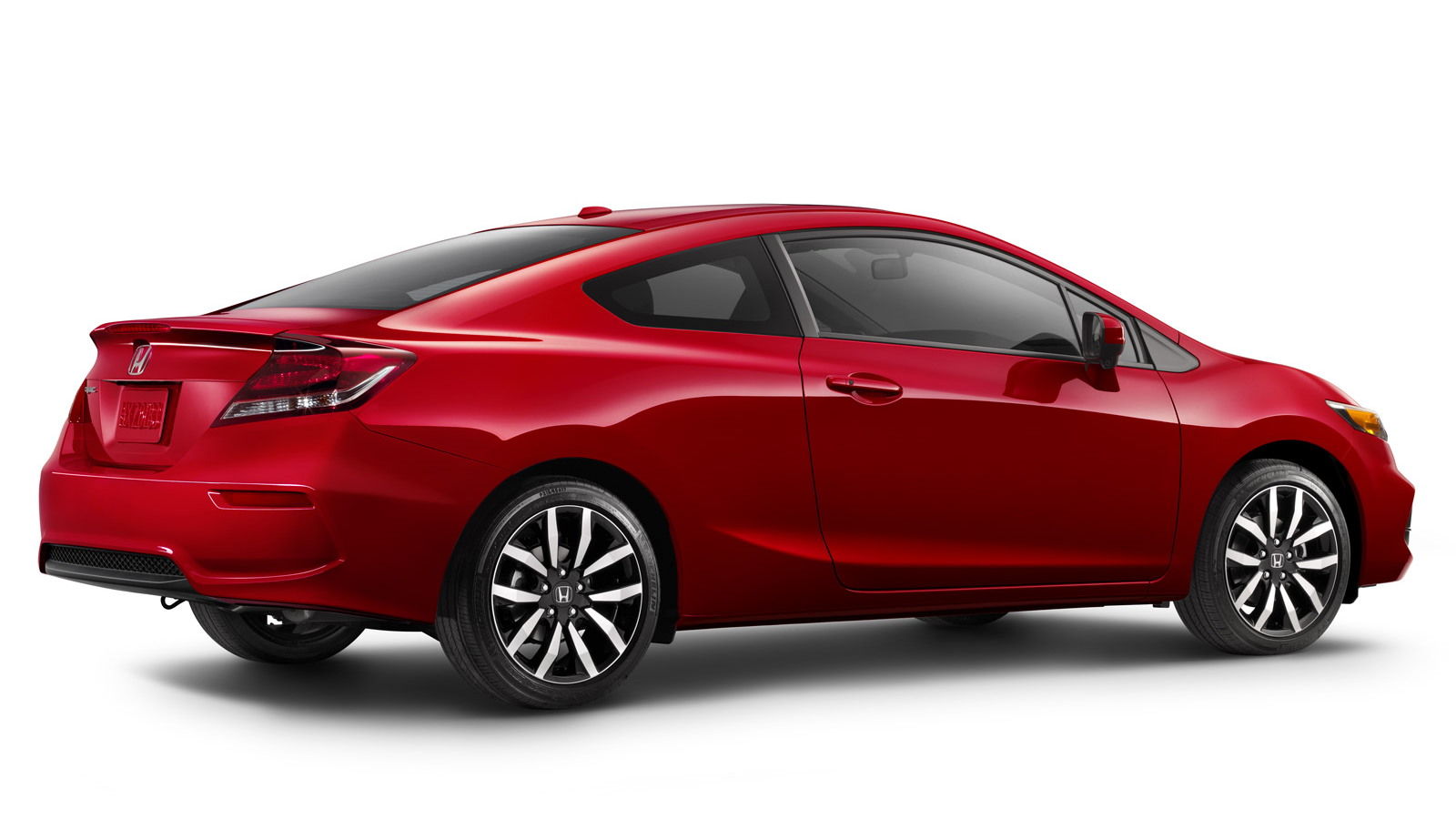 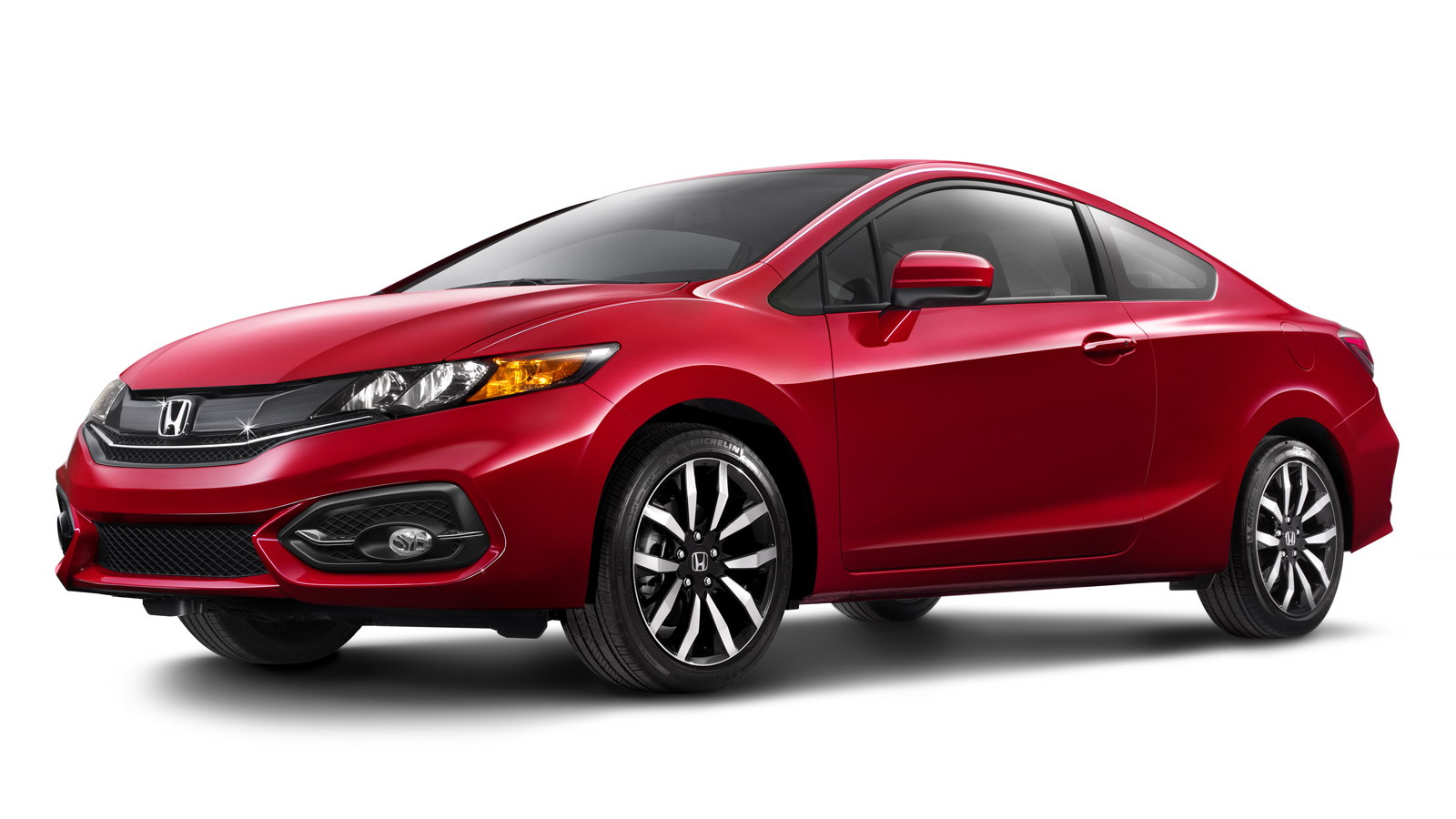 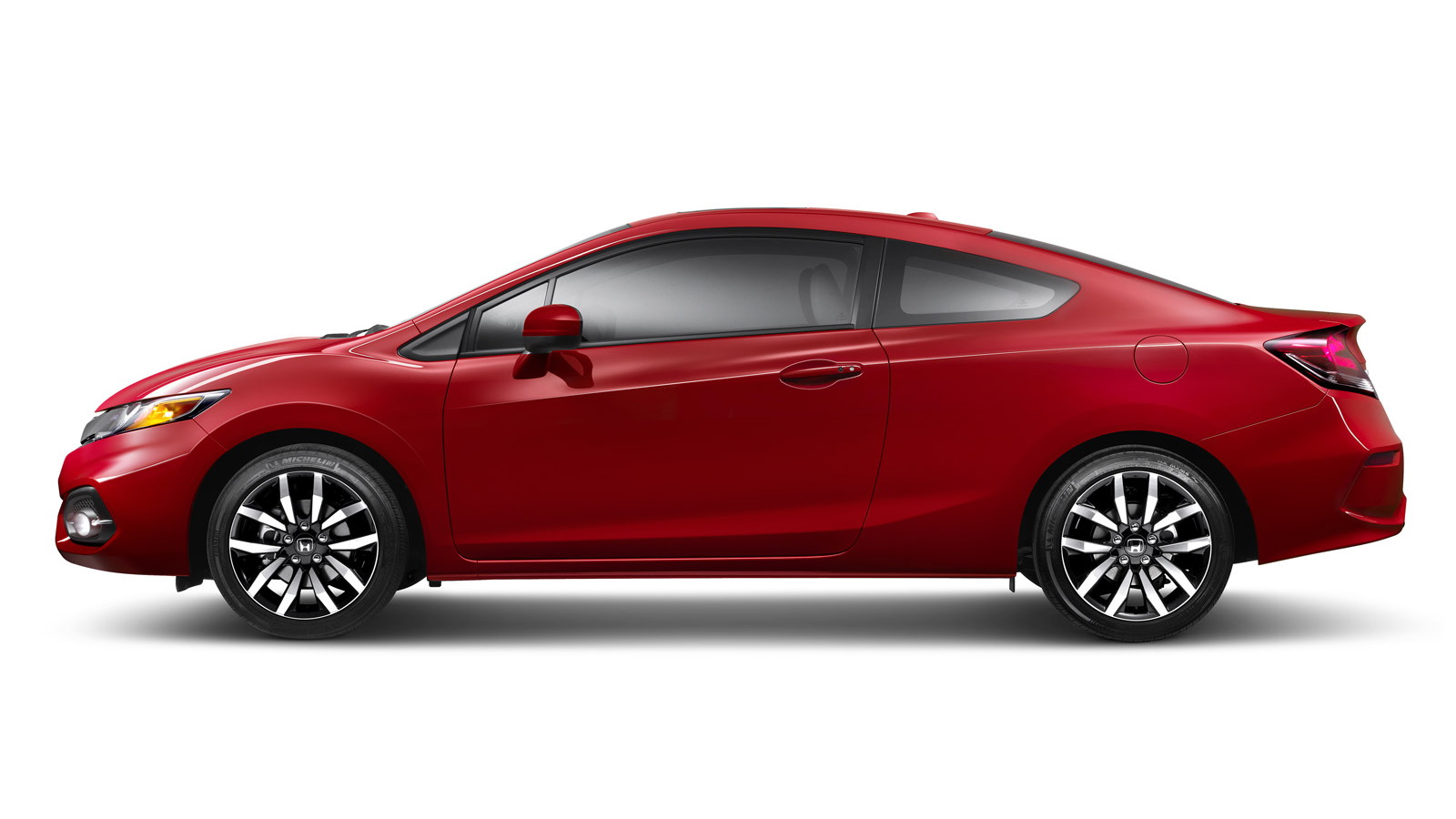 17
photos
Honda introduced a raft of updates to its Civic sedan after just one year of sales due to a spate of negative reviews for the redesigned 2012 model. Now it’s the Civic Coupe’s turn to receive those updates, which are being rolled out on the 2014 model, previewed this week at the 2013 SEMA show taking place in Las Vegas.

Honda is only showing us the exterior of the car—we’ll have to wait until the 2013 Los Angeles Auto Show later this month to get a look inside—but so far the 2014 Civic Coupe looks to be more sharply styled than the current version of the car. Changes include more aggressive designs for the grille, hood, front fenders and headlight, along with new taillight lenses, sportier front and rear bumpers, new side mirrors and new wheel designs.

The sporty Civic Coupe Si gets a few further touches including a unique lower front bumper garnish, larger rear decklid spoiler and a rear diffuser. These features will also be applied to the 2014 Honda Civic Si sedan, which also benefits from 18-inch alloys instead of the 17-inch set fitted to the coupe.

There have been some mechanical upgrades for the Civic Coupe Si, too. Peak power rises by a whole—wait for it—4 horsepower! Torque, meanwhile, rises by 4 pound-feet. The new numbers register at 205 horsepower and 174 pound-feet of torque. The modest upgrade is courtesy of a returned exhaust system for the car’s 2.4-liter four-cylinder engine.

We’ll have further details once the Los Angeles Auto Show gets underway on November 20, but in the meantime see what else is on show at SEMA this week via our dedicated hub. At the Honda stand, there was an array of custom cars, motorcycles and even the 133-mph ‘Mean Mower’ lawnmower. Another highlight was the HPD Civic Coupe Street Performance concept, an aggressive road-going car featuring many HPD racing parts currently available only for sanctioned race cars.

These parts may soon be available to buyers of the regular Civic, however, as Honda also used SEMA to launch a new HPD Street Performance Accessory range. So far, the parts are only offered for the CR-Z but parts for additional Honda models should be offered soon. One of the parts is a new supercharger for the CR-Z that will be available in the spring of 2014.