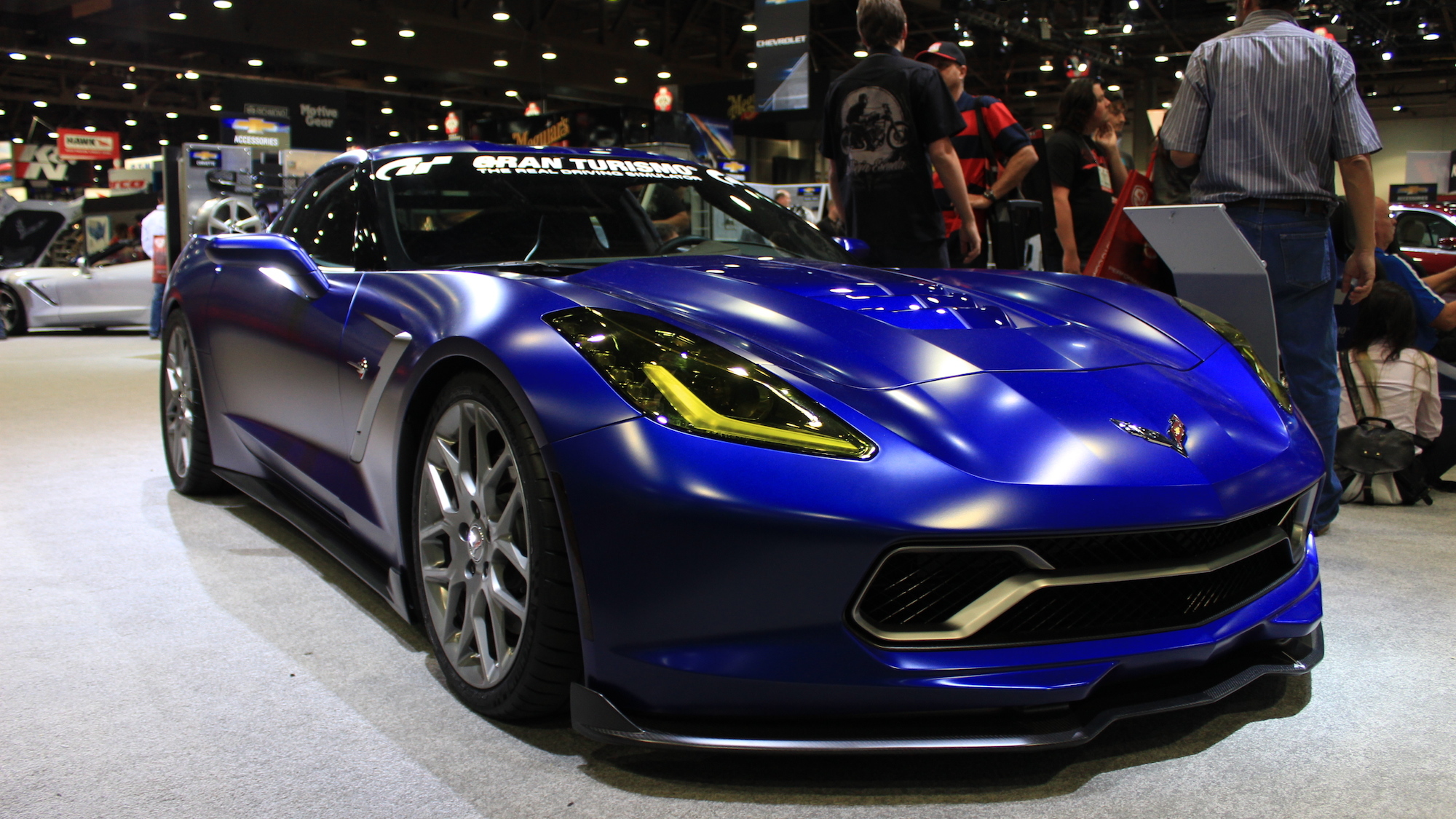 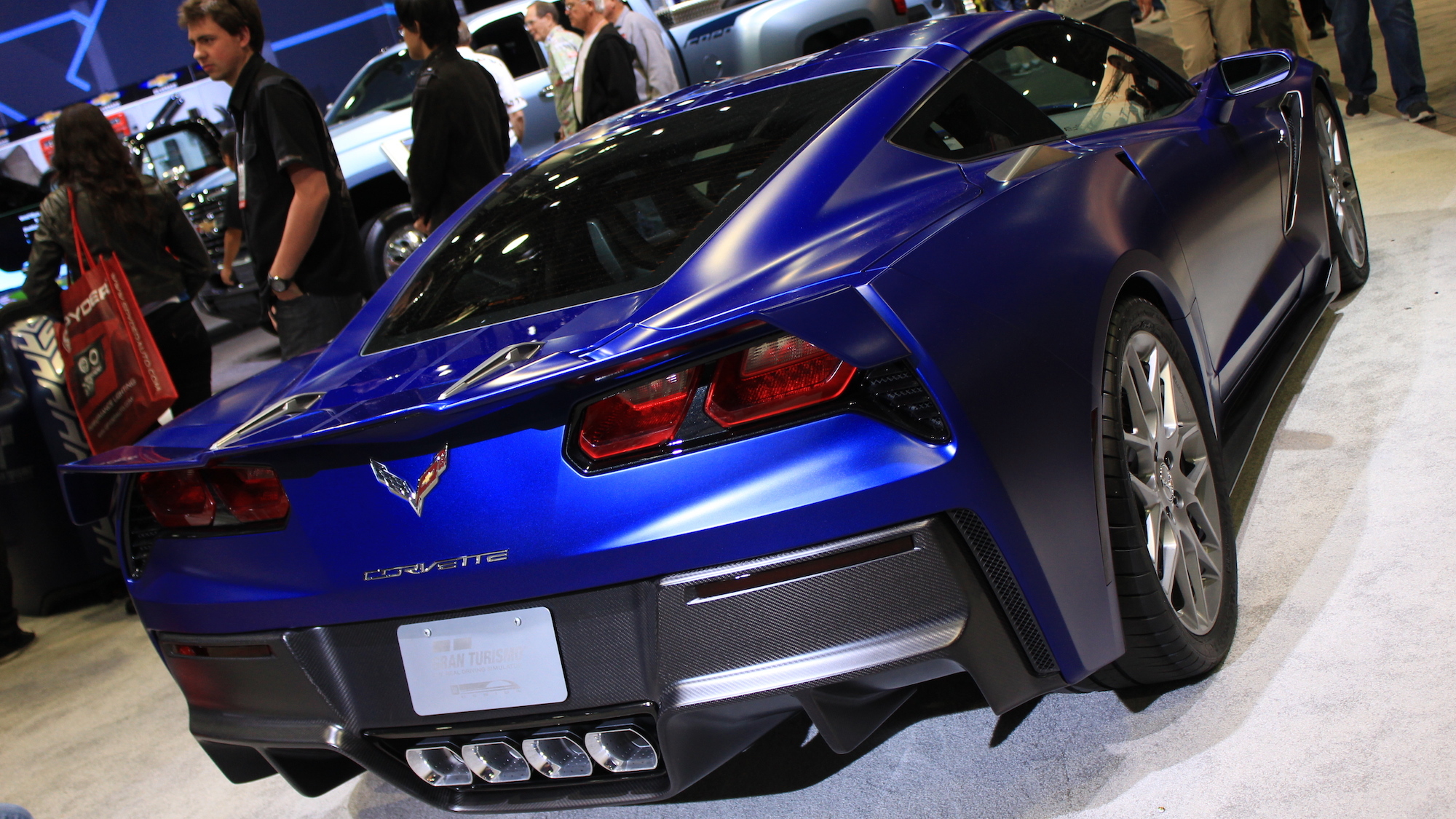 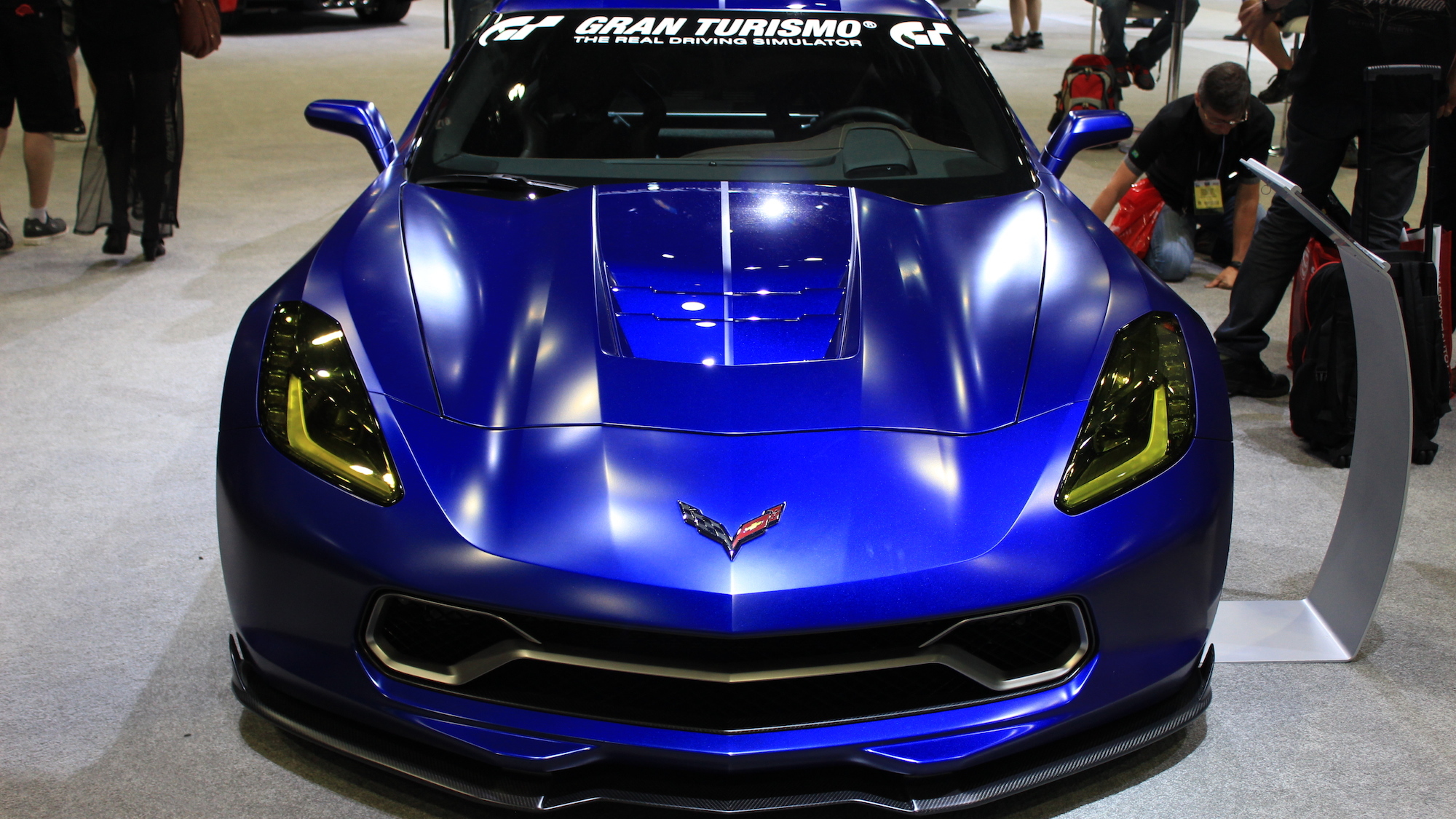 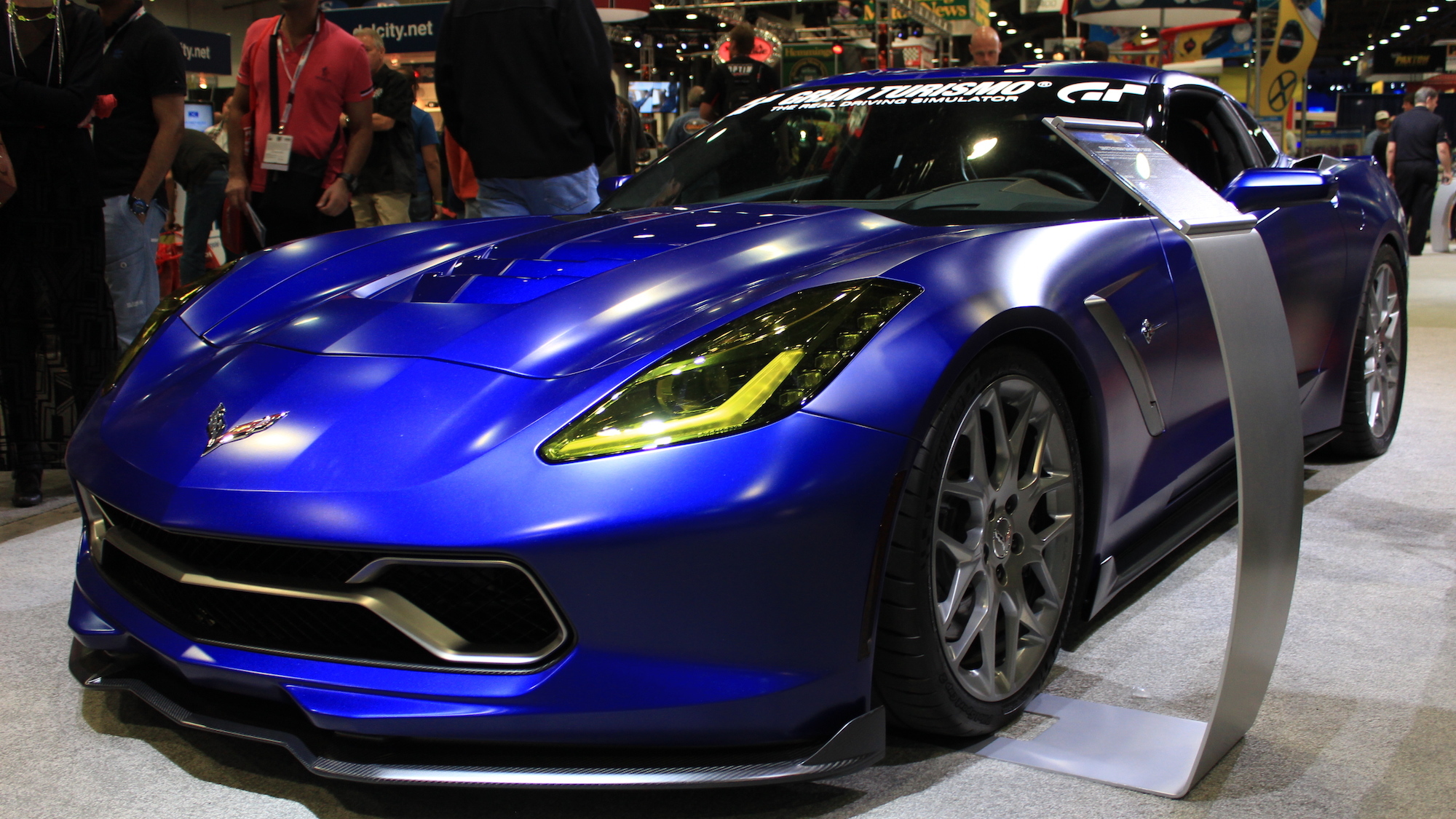 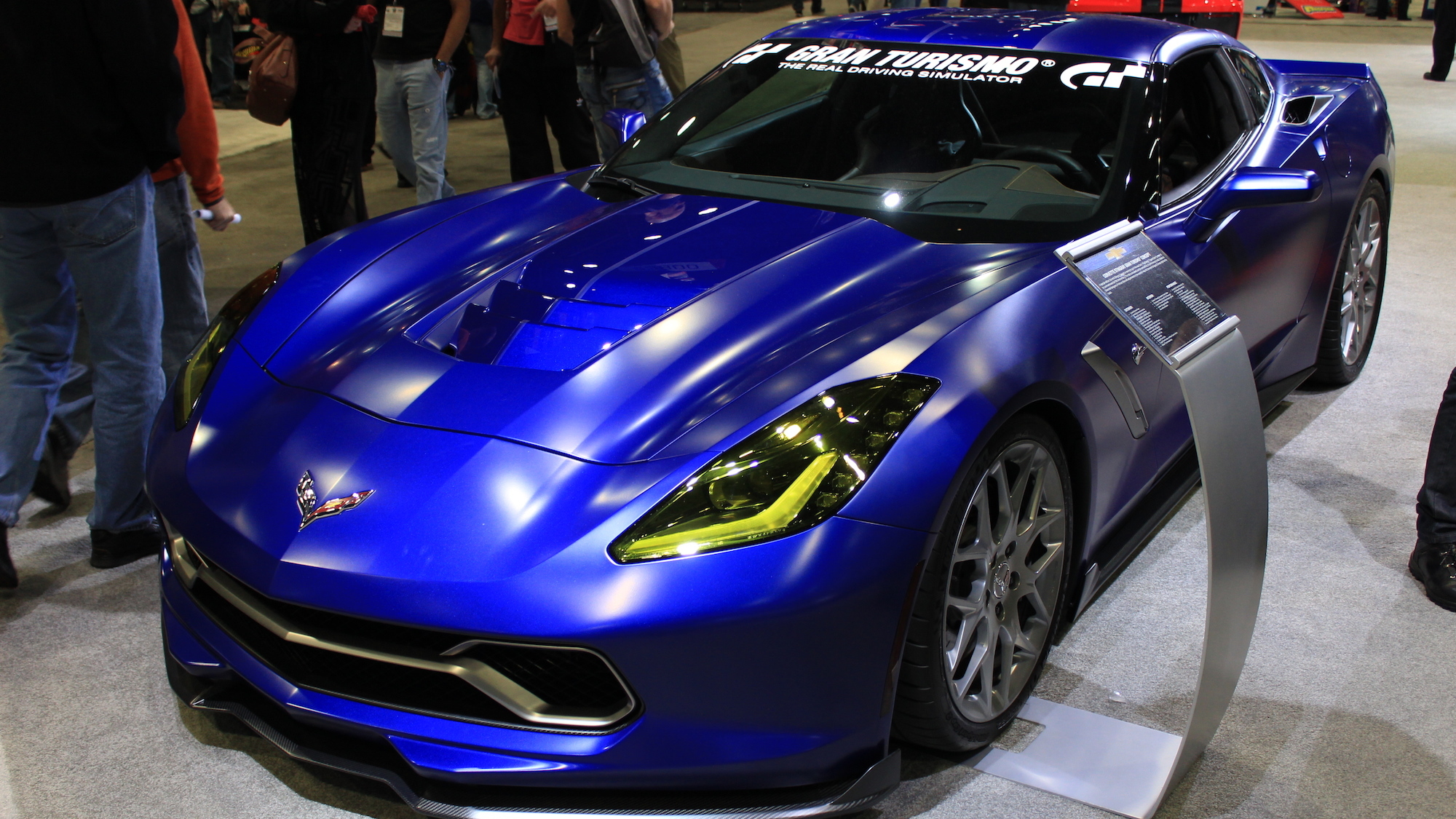 12
photos
The 2014 Chevrolet Corvette Stingray is already winning accolades—and track comparisons. Soon, it will be aiming straight at the heart of the video game world with a special car that will be featured in the upcoming release of Gran Turismo 6.

The gaming world still has a month to wait until the December 6 release date of Gran Turismo 6, but this week at SEMA, Chevy gave us all an early look at one of the hottest cars in the game: the Chevrolet Corvette Stingray Gran Turismo Concept.

While no modifications have been made to the powertrain, that’s fine by any sports car aficionado, or it should be. With at least 460 horsepower and 465 pound-feet of torque on tap, a brilliant aluminum chassis, and world-class dynamics, the seventh-generation Corvette is hands-down the best American sports car to date.

No powertrain upgrades doesn’t mean no upgrades at all, however. In fact, the Corvette Stingray Gran Turismo Concept has had the whole race-inspired works thrown at it. A low, sleek carbon fiber rear wing, a vented hood, a full aerodynamic body kit, a custom grille and front tow hook, racing harnesses on the seats, and a flat-bottom steering wheel have been added to dress up the car for even more high-performance looks—and better downforce at speed.

The headlights are even tinted yellow—a classic endurance racing feature that improves night time visibility. That’s likely a nod toward the Corvette’s success in endurance racing over the past several years, including this year’s manufacturer’s and driver’s championship in the final year of the American Le Mans Series.