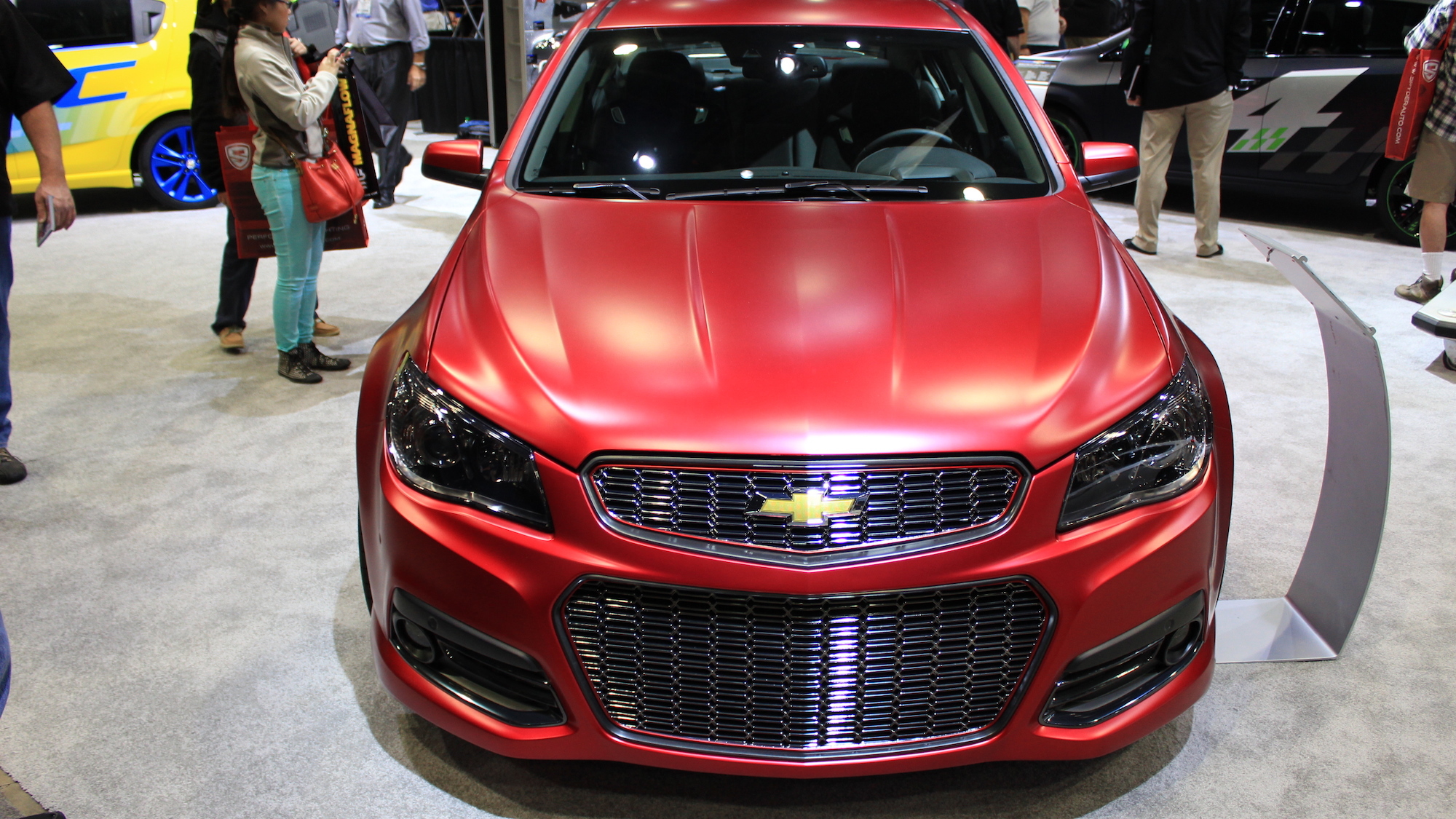 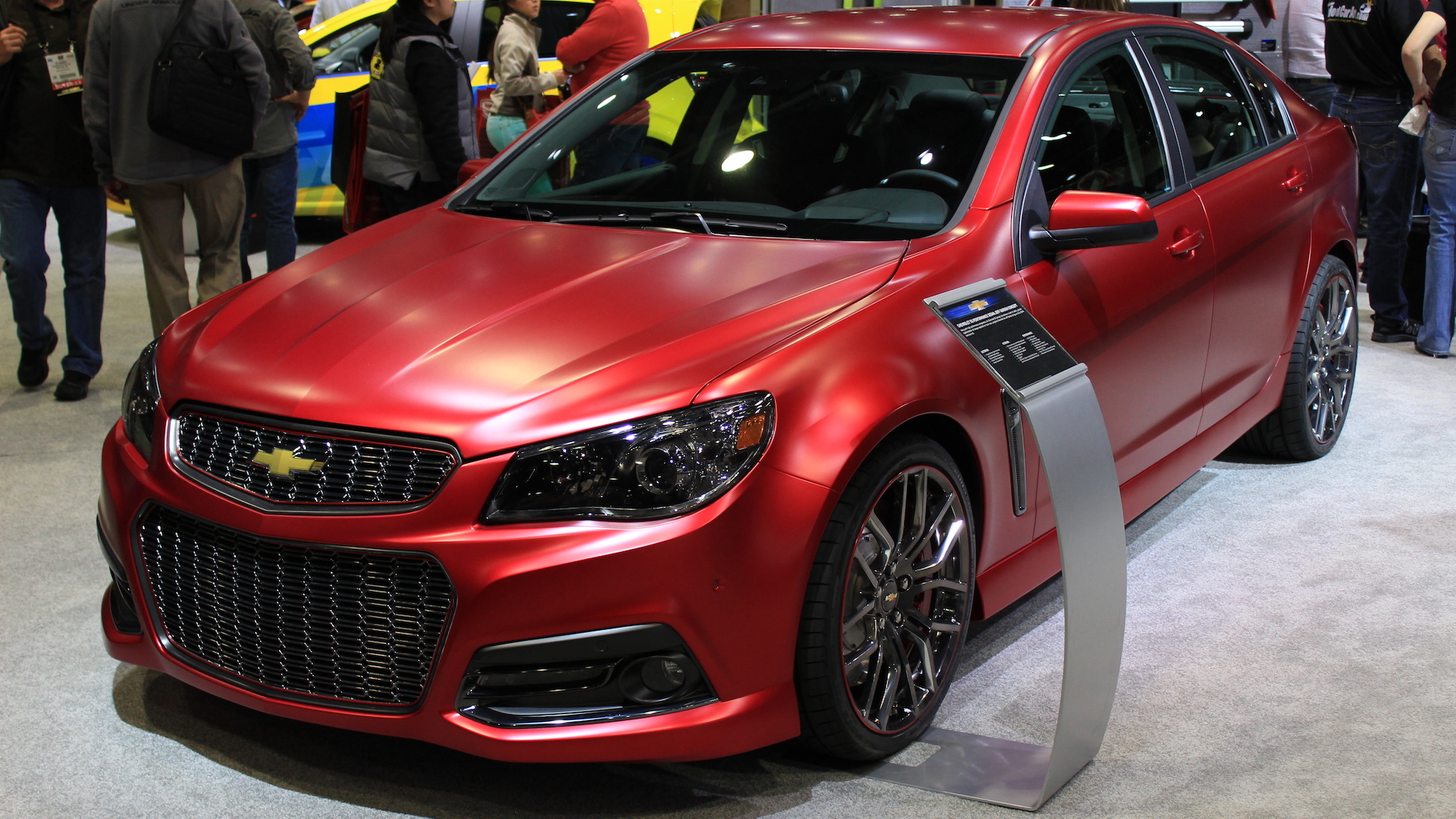 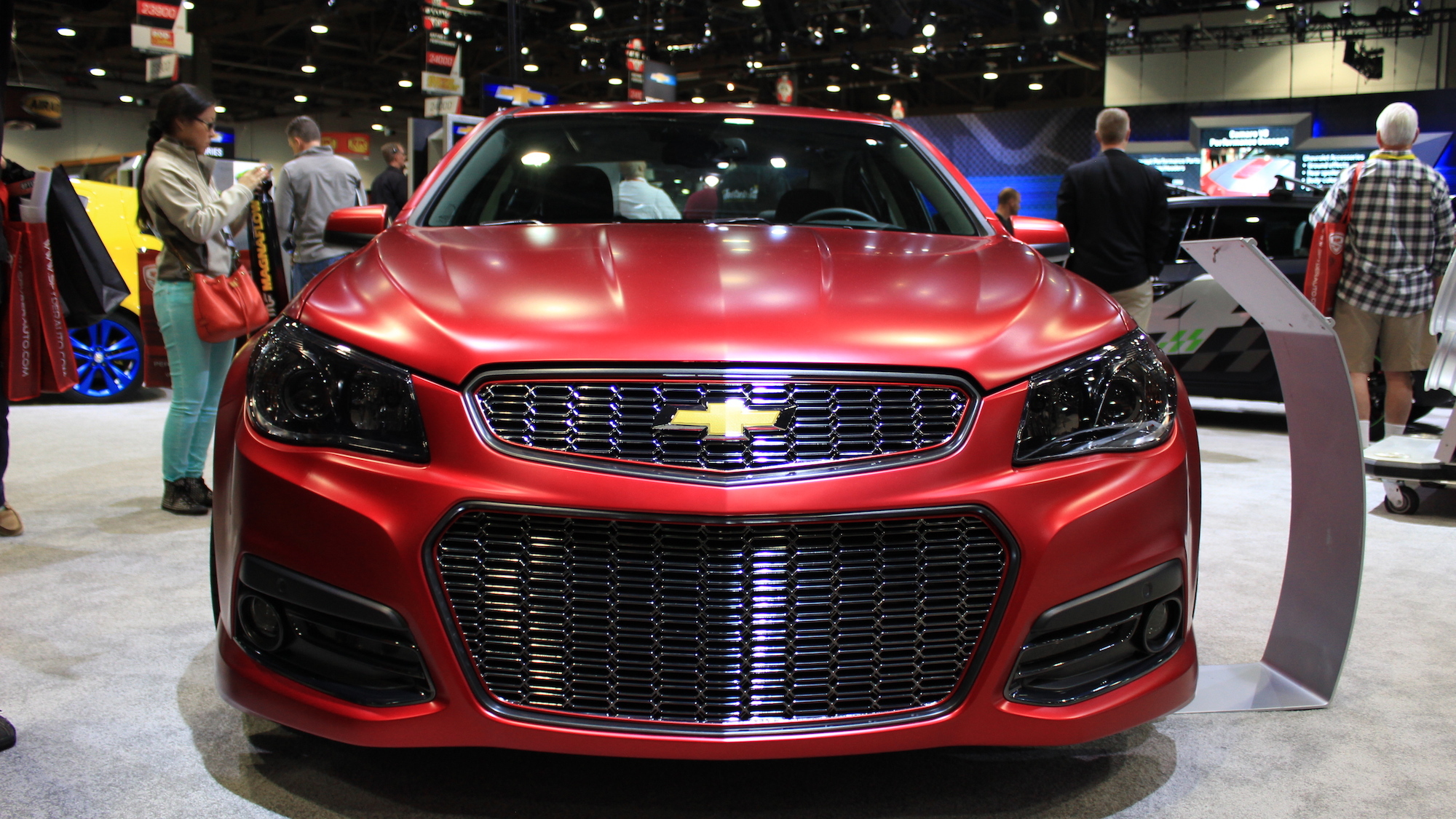 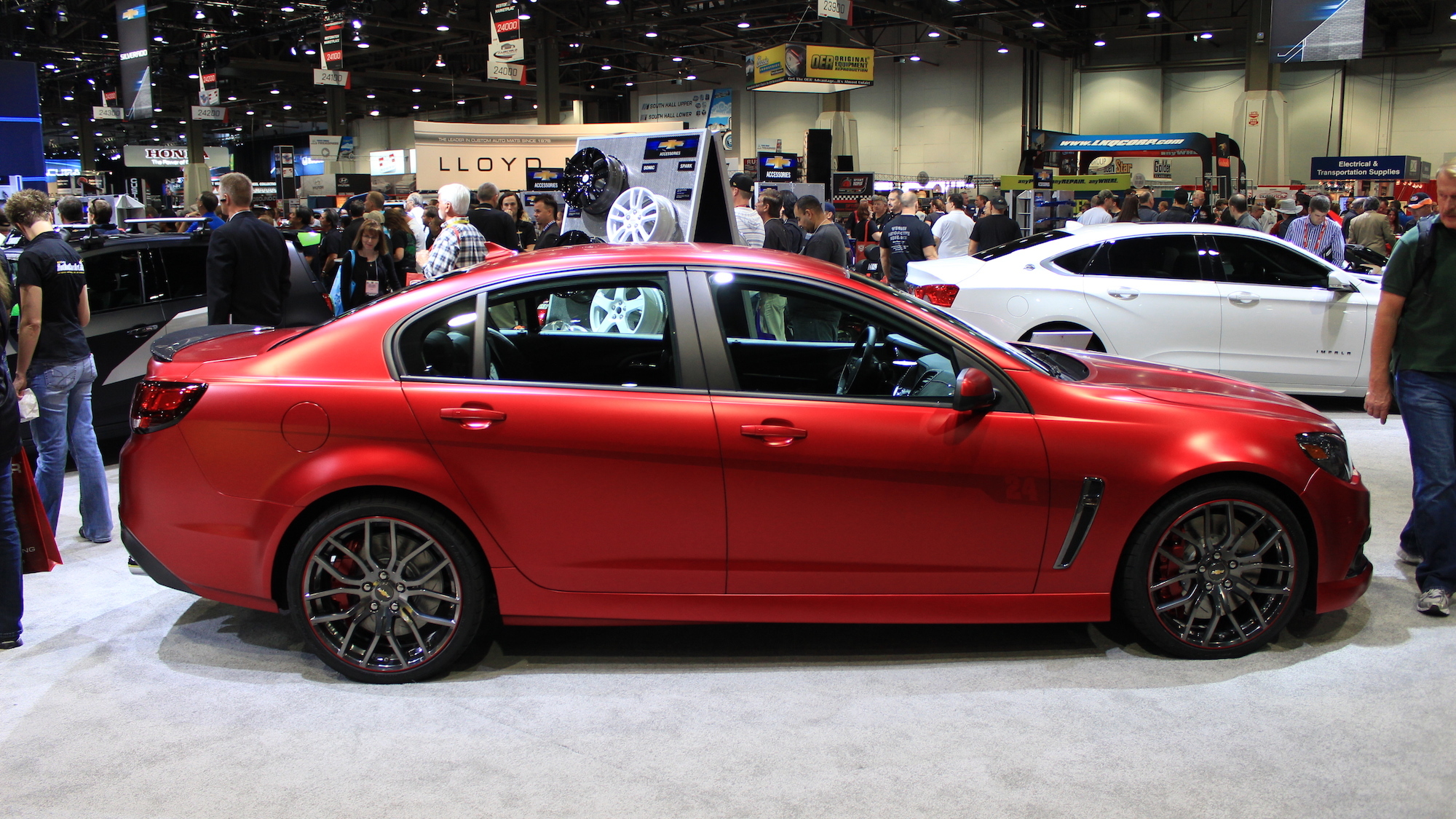 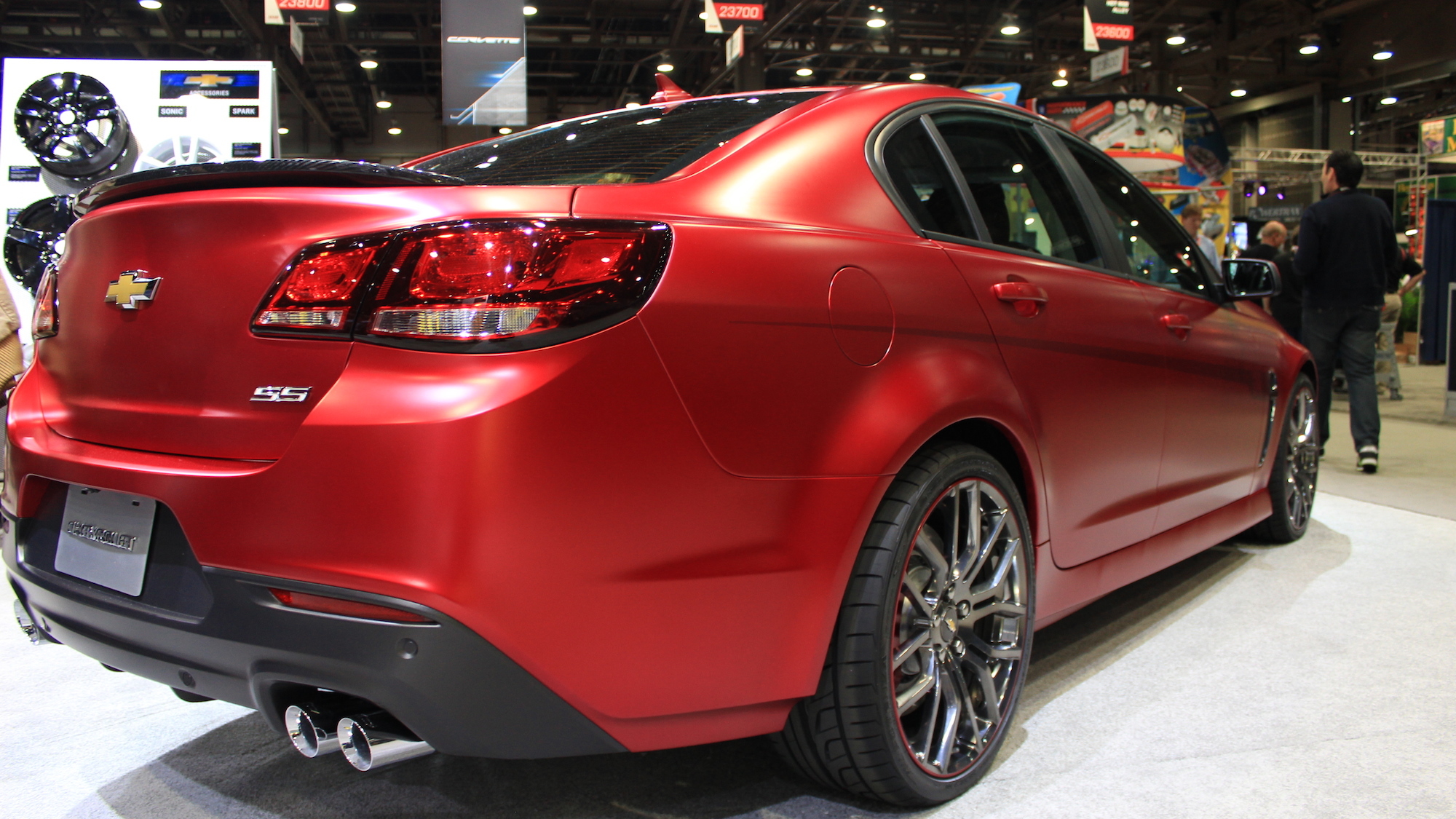 11
photos
One of the surprises of this week’s SEMA show is this custom 2014 Chevrolet SS muscle sedan. Responsible for the car’s unique attributes is none other than Jeff Gordon, driver of the #24 Chevy SS race car in the NASCAR Sprint Cup Series.

Gordon chose a handful of tasteful mods for the car, the highlight of which is a beautiful satin red finish. The exterior is also accented with a number 24 logo as well as a carbon fiber rear spoiler, tinted headlights, a custom grille and shadow chrome wheels measuring 20 inches in diameter. The final touch is lowered suspension to give the car an aggressive stance.

Performance modifications include a high-flow exhaust system from Borla and upgraded brakes. No changes were made to the drivetrain, which means the car’s 6.2-liter LS3 V-8 still delivers 415 horsepower and 415 pound-feet of torque. Drive is sent to the rear wheels via a six-speed automatic transmission with paddle shifters.

You’ll be able to add many of the features on Gordon’s car to your own SS. That’s because many of them will be available through the Chevrolet Accessories and Chevrolet Performance catalogs. The Chevy SS has just started sales, priced from $44,470, and we’ll be bringing you our own first drive report soon.

Note, Chevy has a lot more on its stands at SEMA this week. You can find out more via our dedicated hub.