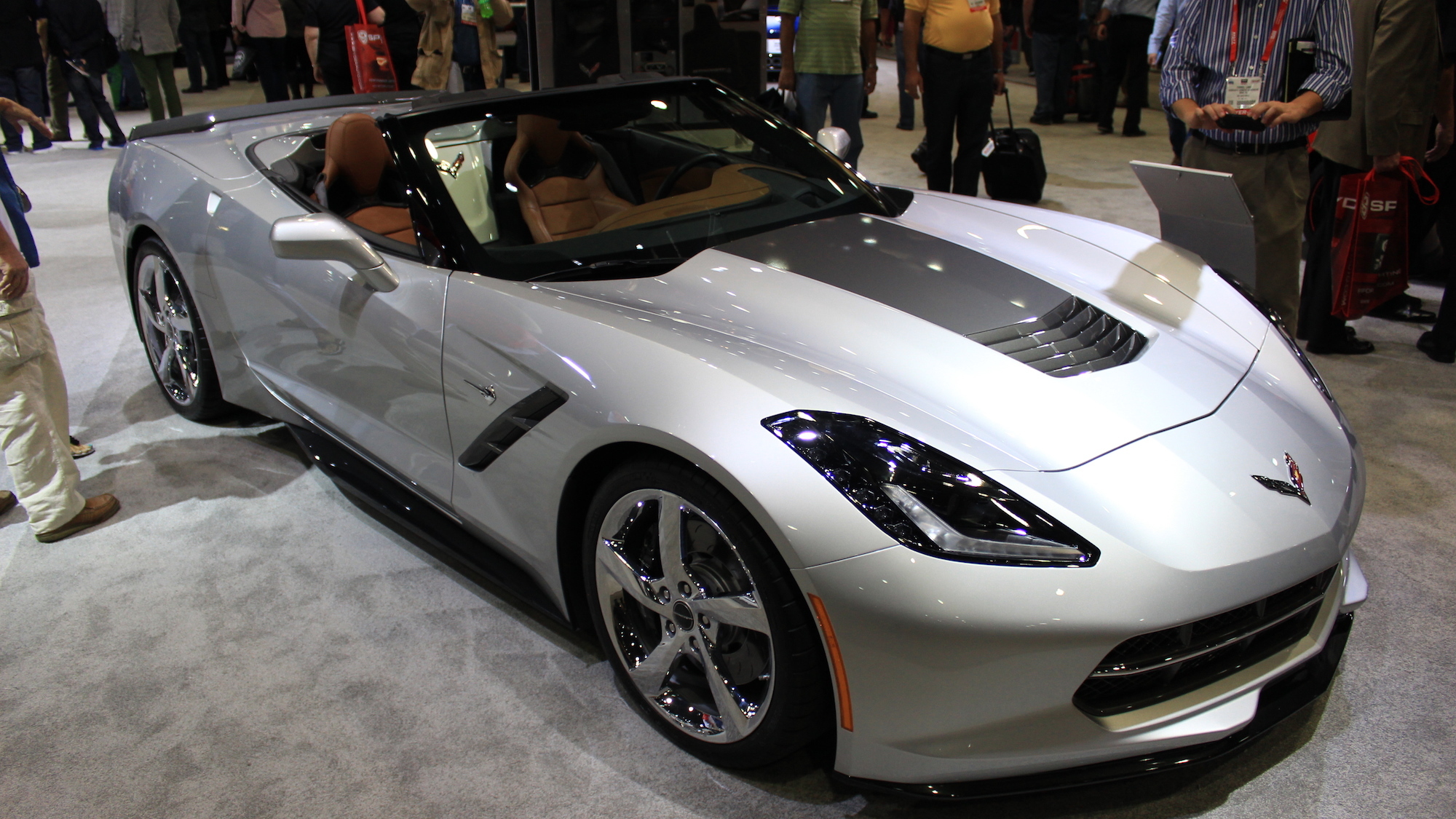 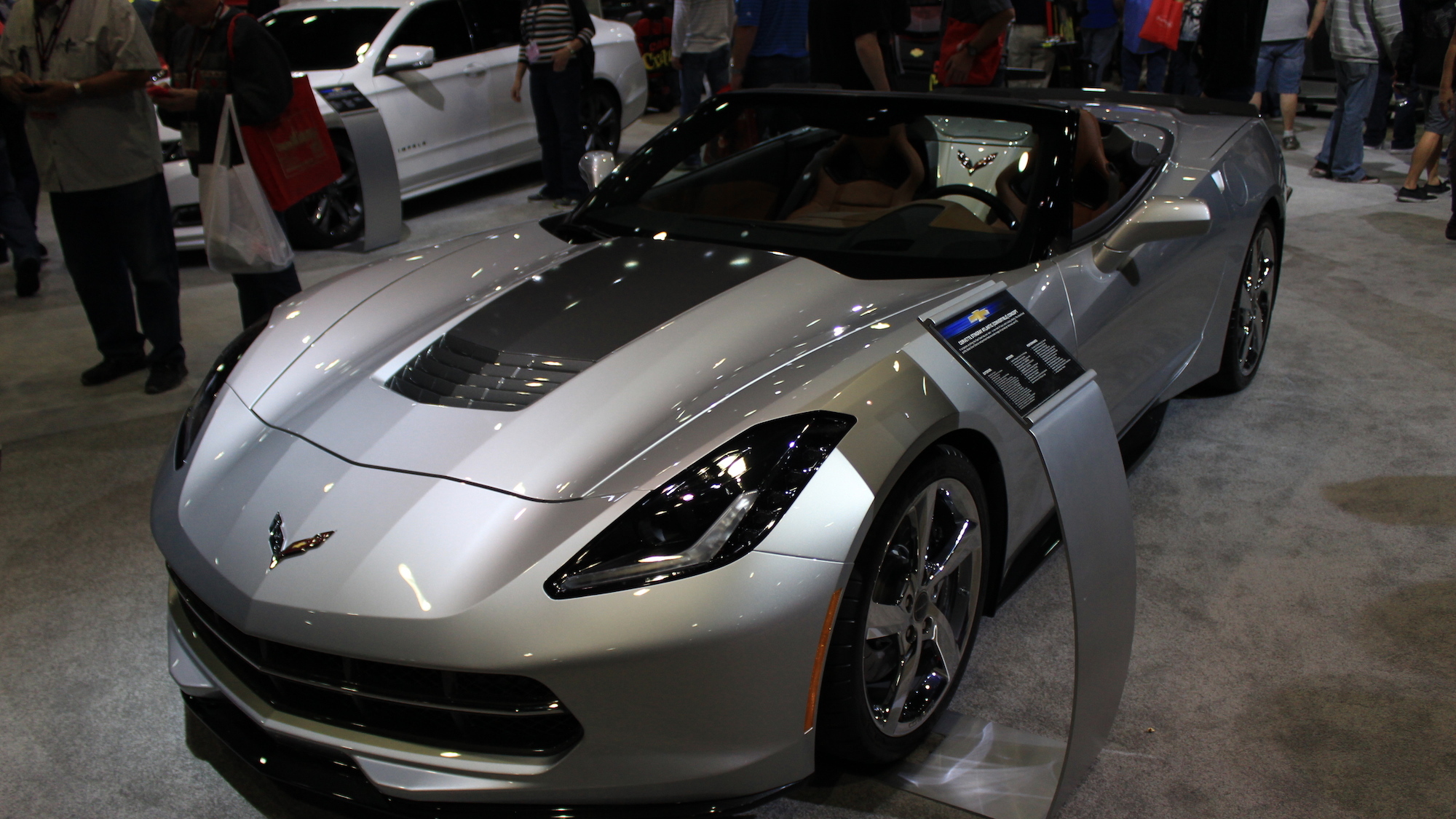 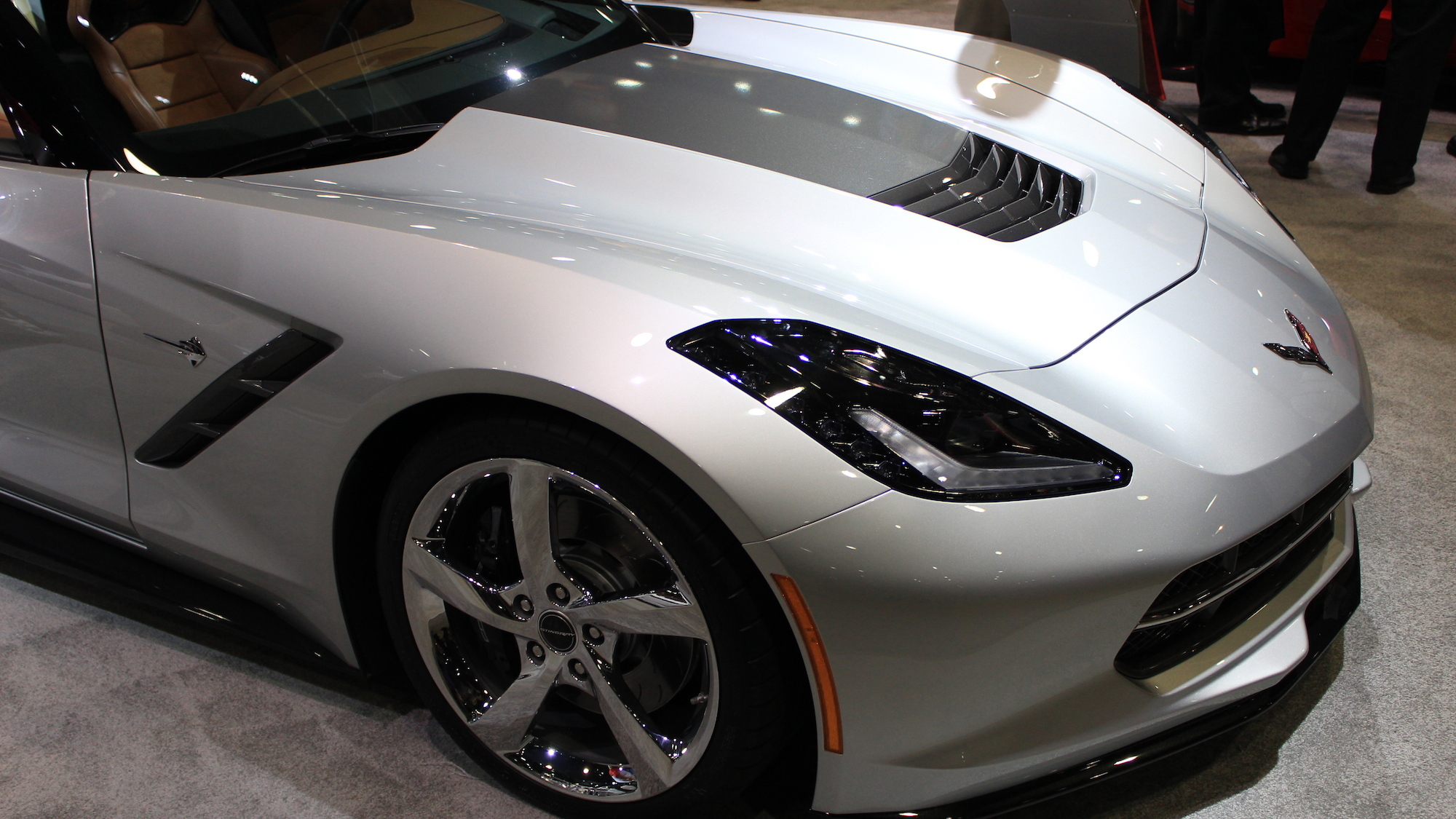 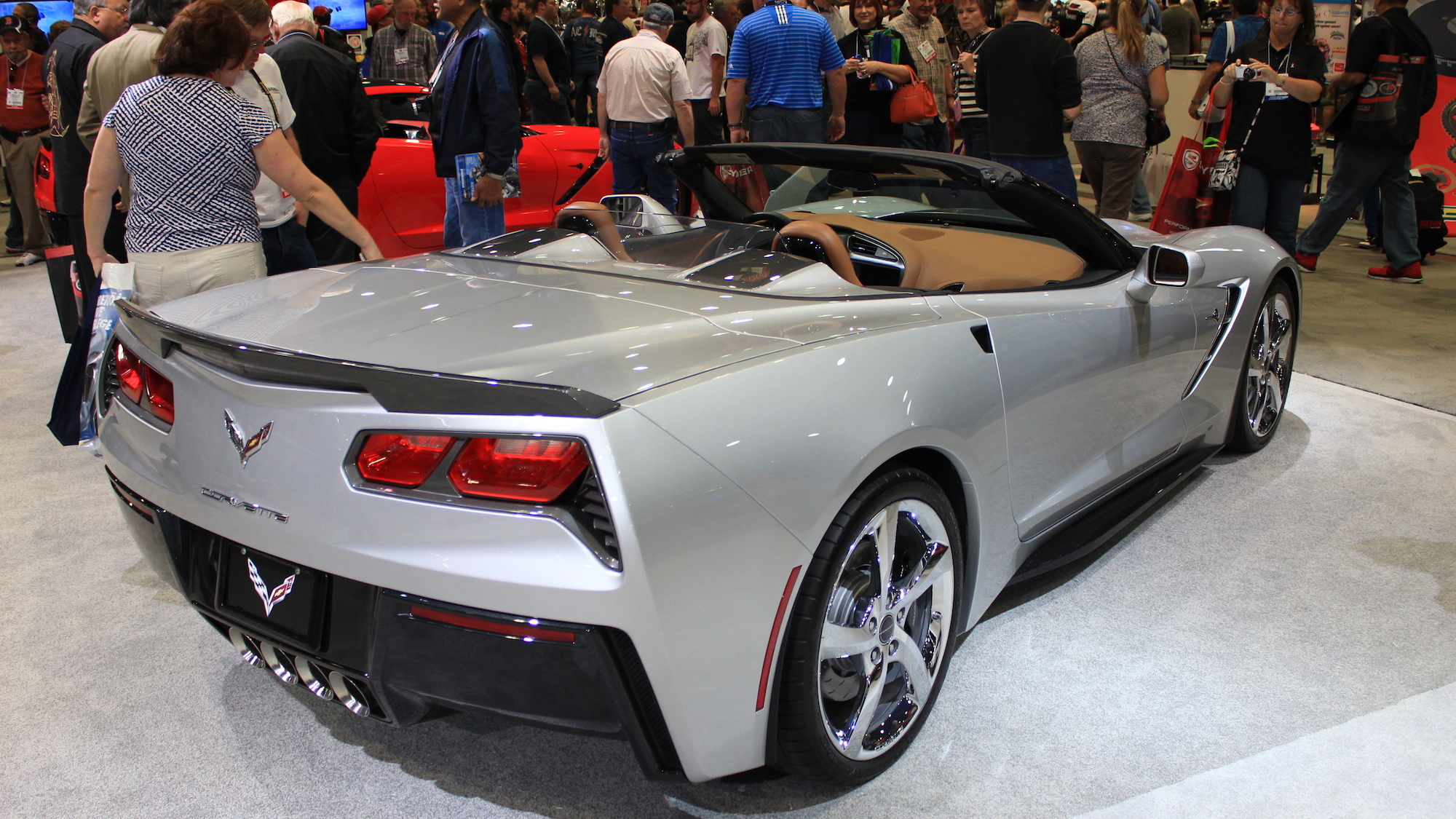 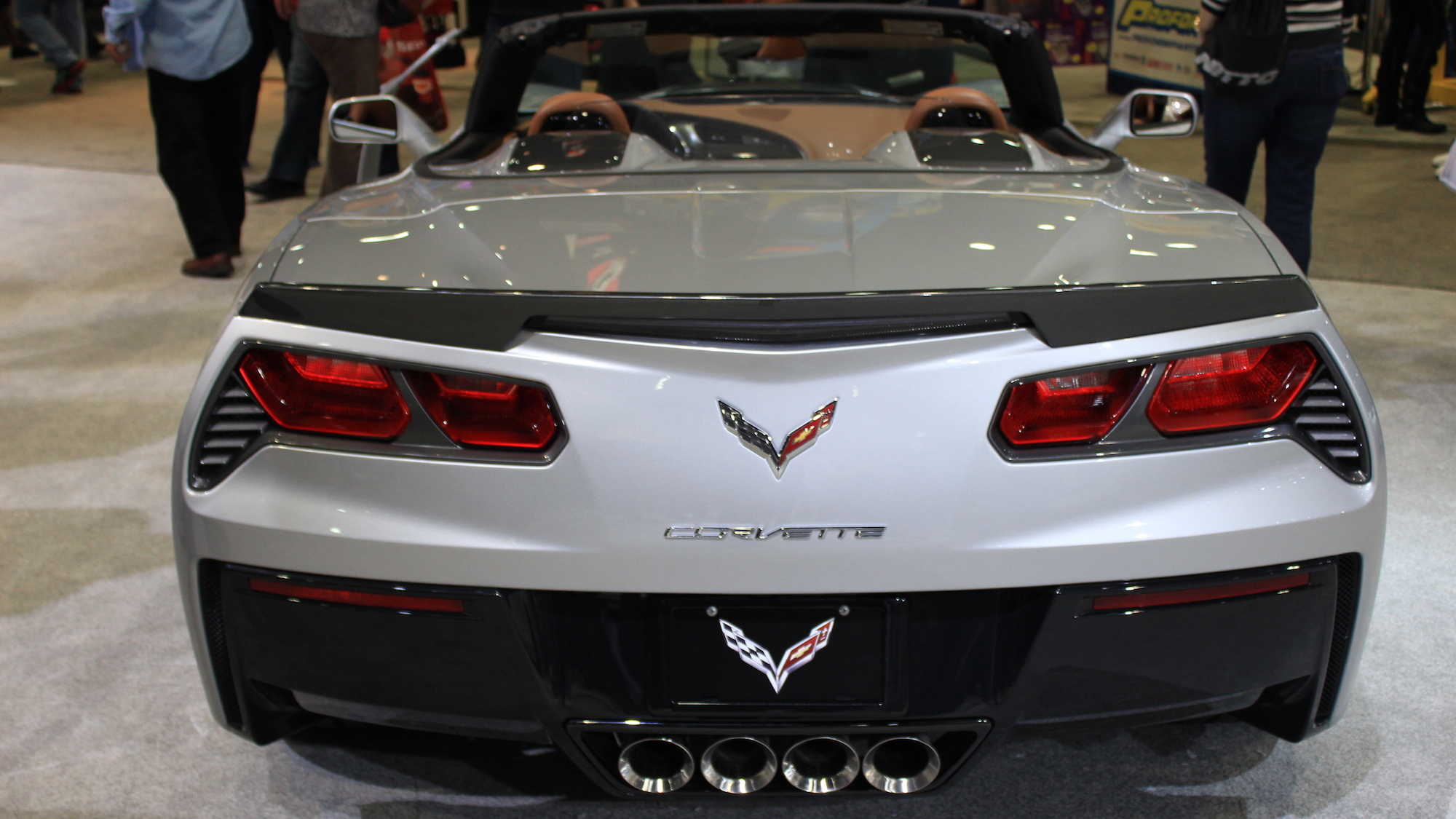 32
photos
Chevrolet is presenting an onslaught of performance cars at the 2013 SEMA show taking place in Las Vegas this week, with the headline act being a trio of Corvette Stingray concepts. Many of the Chevy concepts unveiled at SEMA, including these three Corvette Stingrays, have roots at the race track, while others show racing-influenced styling for the street. Importantly, many of the items fitted to the cars are available through the Chevrolet Accessories and Chevrolet Performance catalogs.

One of a pair of right- and left-coast-themed concepts, the Corvette Stingray Convertible Atlantic pictured above wears a unique Blade Silver paint scheme and as its name suggests represents the Atlantic Ocean side of the country. It features a new front splitter, rocker extensions and a rear lower diffuser, along with custom headlight surrounds and hood accents.

Inside, the Corvette Stingray Convertible Atlantic features suede trim, a wind deflector mounted behind the seats, custom floor mats, an embroidered center armrest with the Stingray logo, and door sill plates. The concept also comes with its own luggage set. 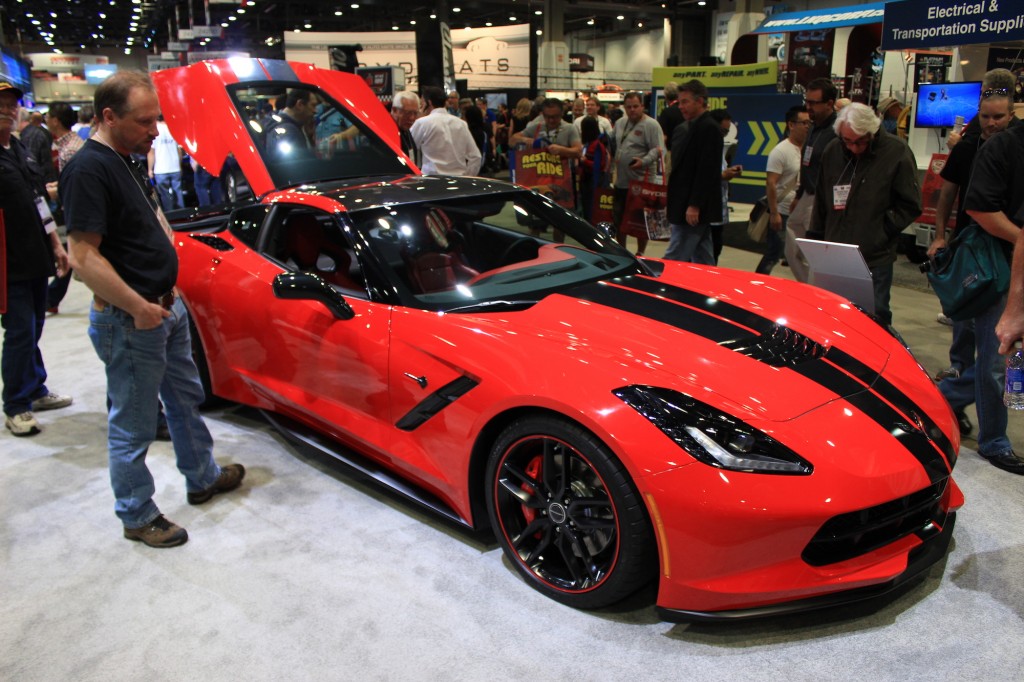 Representing the West Coast is the Corvette Stingray Pacific concept. Its design has been influenced by motorsport and the concept comes with the latest Corvette’s Z51 package. The bright red hue is complemented by a carbon fiber hood and a visible carbon weave on the removable roof panel, as well as a satin-black front splitter and rocker extensions. The interior features a carbon fiber trim kit, along with the available racing bucket seats and a flat-bottom steering wheel with a carbon finish.

Because it’s got the Z51 package, the car’s 6.2-liter LT1 V-8 features a dry-sump oiling system, the cooling and brake systems are enhanced and the transaxle features an electronic limited-slip differential. Even the gearing in the seven-speed manual transmission is unique. 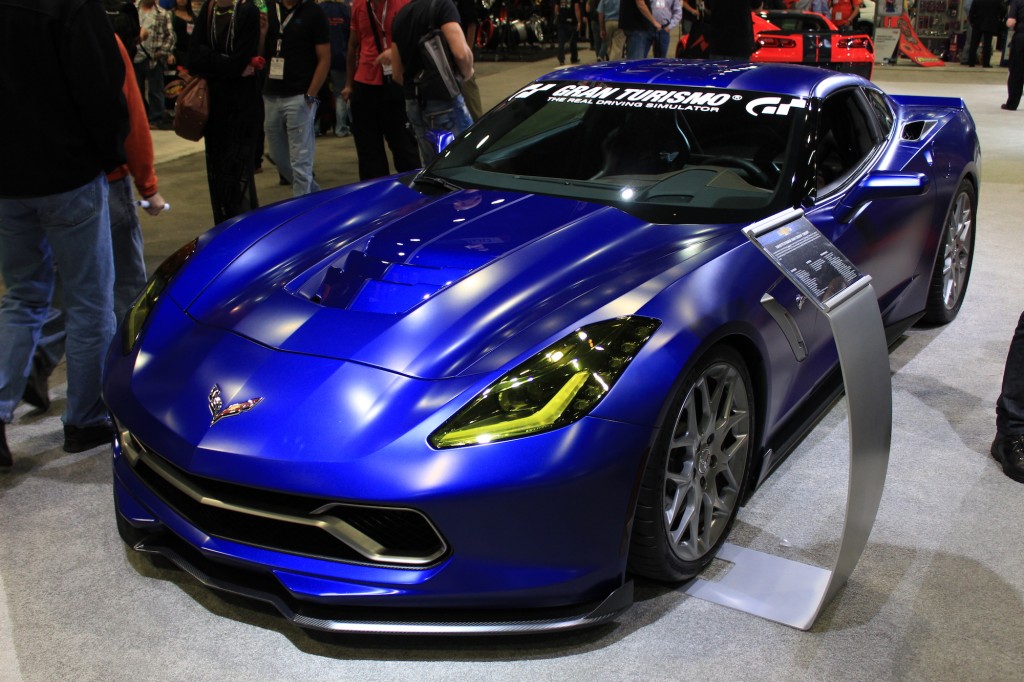 Not only does it feature a custom paint job and endurance racer-style yellow-tinted headlights, it also comes with a carbon fiber rear wing, a vented hood, a functional body kit, a custom grille and front tow hook, racing harnesses in the cabin, and a flat-bottom steering wheel.

No changes have been made to the powertrains of these concepts, which isn’t a problem since the cars offer up a minimum of 460 horsepower and 465 pound-feet of torque straight out of the box.Chevy has a lot more on its stands at SEMA this week. You can find out more via our dedicated hub.