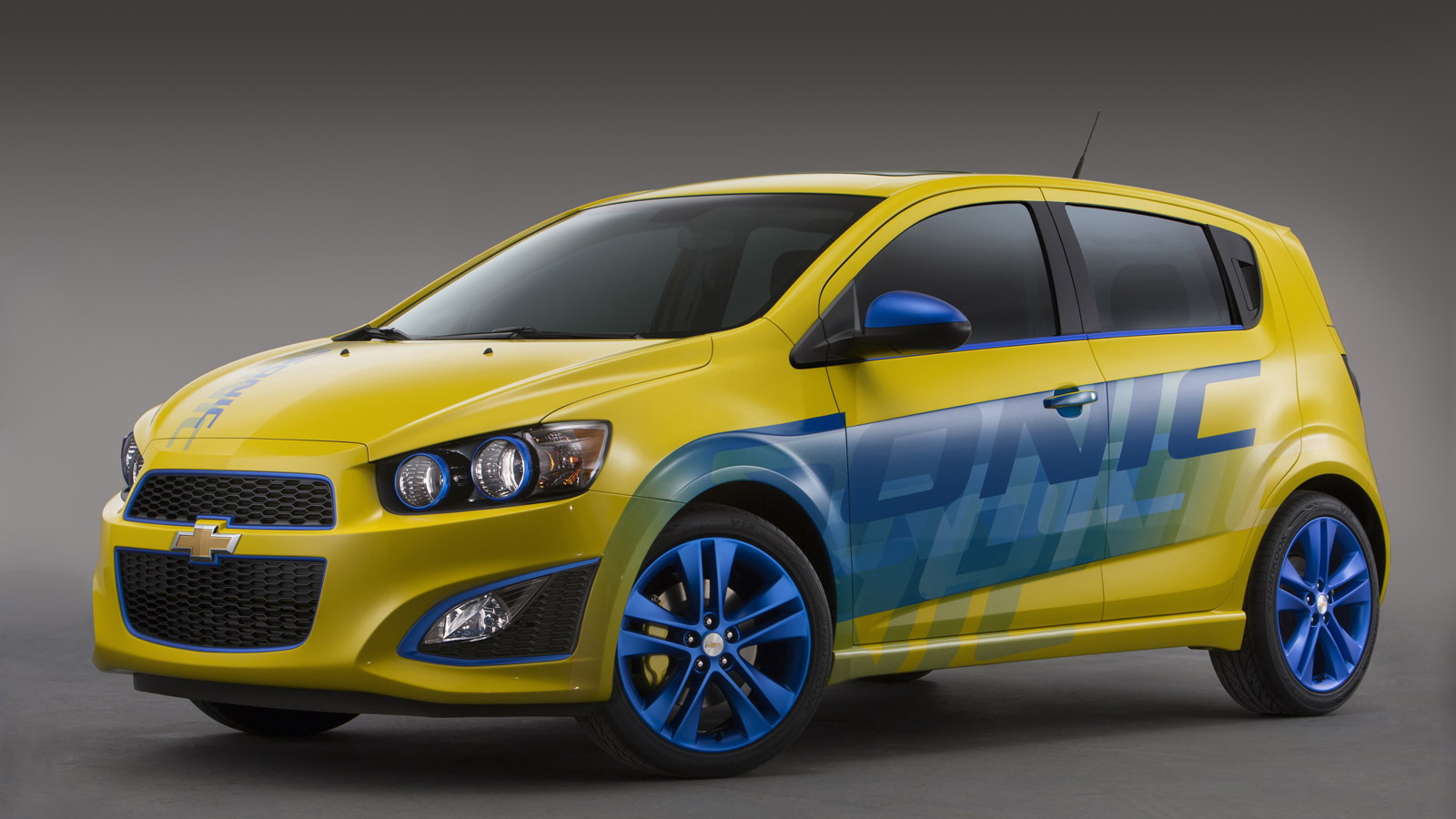 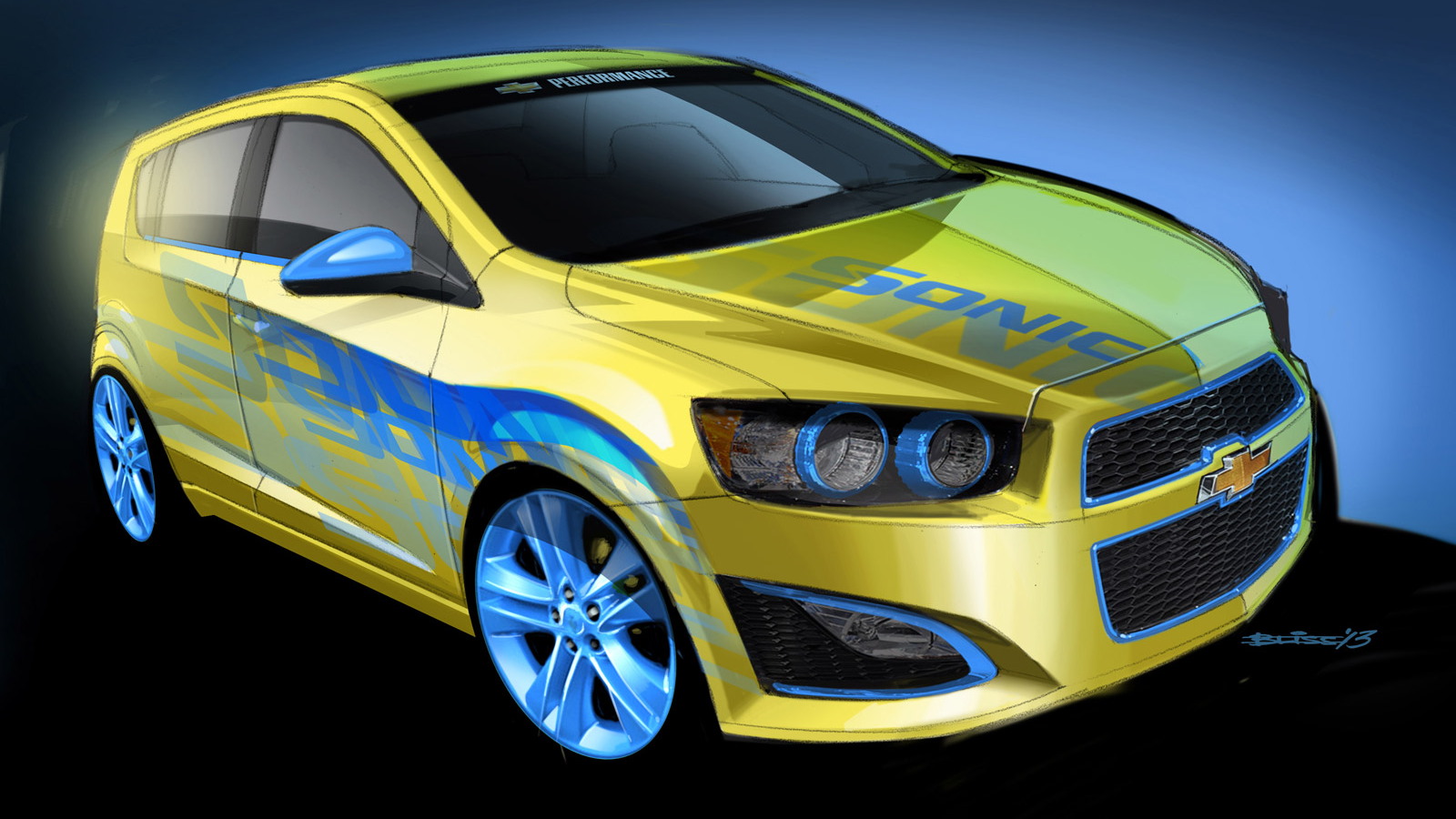 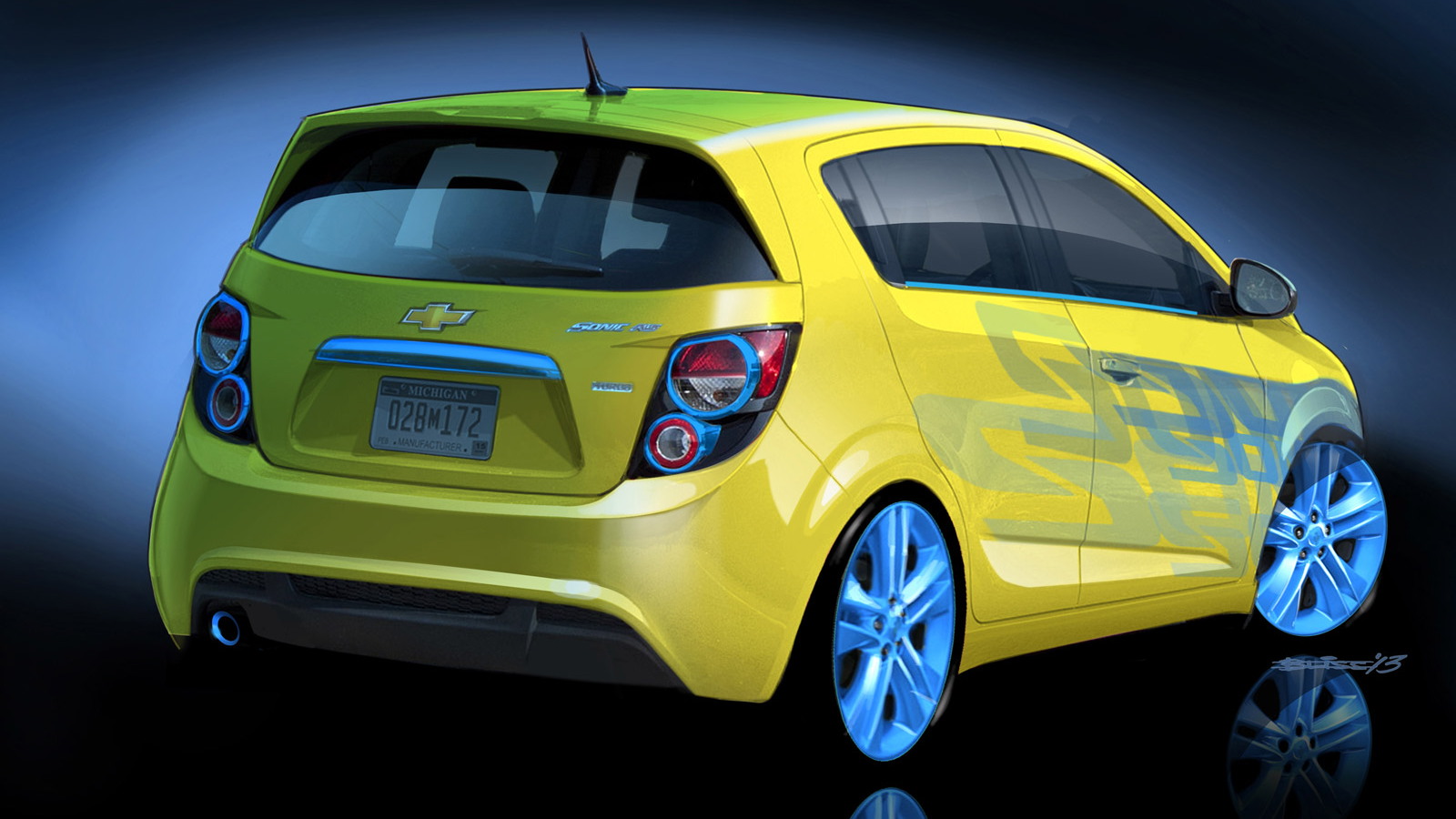 7
photos
Chevrolet has previewed several of the performance-oriented concepts that will be gracing its stands at the upcoming tuner fest that is SEMA, which this year kicks off of November 5. While Chevy’s SEMA onslaught is typically dominated by Camaros and Corvettes, this year the bowtie brand is also placing a special emphasis on its compact performance.

A pair of ‘super’ Sonics leads the compact charge into SEMA, each packing enhancements for their turbocharged 1.4-liter four-cylinder engines, along with suspension, exterior and interior mods. The first, and most likely to reach production, is the Sonic RS concept. Many of its upgrades are already available through the Chevrolet Performance catalog. They include an intake kit and high-flow exhaust system, track-tuned suspension and upgraded brakes with Wilwood calipers at the front. The exterior gets a bright yellow paint finish and inside the theme is similar.

The second Sonic concept is the Ricky Carmichael All-Activity Sonic concept. It features similar upgrades to the Sonic RS concept along with some exterior mods, including  a roof rack, chosen by American Motorcycle Association champion, X-Games gold medalist and NASCAR racer Ricky Carmichael.

One concept even smaller than the Sonics is the Spark EV Tech Performance concept. This concept builds on the Spark EV’s stock electric motor with a unique power-delivery algorithm that enhances acceleration. Stronger axles support the greater twisting forces. It can go from 0-60 mph in 7.5 seconds.

At the other end of the size spectrum is Chevy’s Urban Cool Impala concept. The concept builds on the standard car’s svelte new look by adding painted grille accents, a body kit and custom 20-inch wheels. Inside, the trim is painted high-gloss piano black and anodized low-gloss black, contrasting with Sky Cool Gray leather seats that also feature perforated leather inserts and orange stitching. An 11-speaker Bose sound system, already available on the Impala, has also been installed.

Similar in theme to the Urban Cool Impala is the Malibu LTZ concept, which gets a sporty new look delivering greater style. A Borla exhaust system lends a throatier note to the 259-horsepower, turbocharged 2.0-liter four-cylinder engine and a new intake system helps boost performance.

For fuel misers, there is a Cruze-based concept dubbed the Personalization Cruze Diesel. It’s essentially a Cruze Diesel fitted with a body kit from 3dCarbon and a Kicker Audio sound system.  To help dress up the cabin, designers added an ambient lighting package.

Importantly, many of the features previewed on the concepts will be made available through dealers. However, some are still being evaluated for production. In previous years, we’ve seen some of Chevy’s SEMA concepts lead to the production stage so if you like what you see let your local Chevy dealer know.

As mentioned at the start, Chevy will also have some tasty Camaro and Corvette concepts at the show. The automaker will also roll out its previous Volunteer Firefighters Chevrolet Silverado Double Cab and Silverado Black Ops concept trucks.

For our complete coverage on this year’s SEMA show, click here.