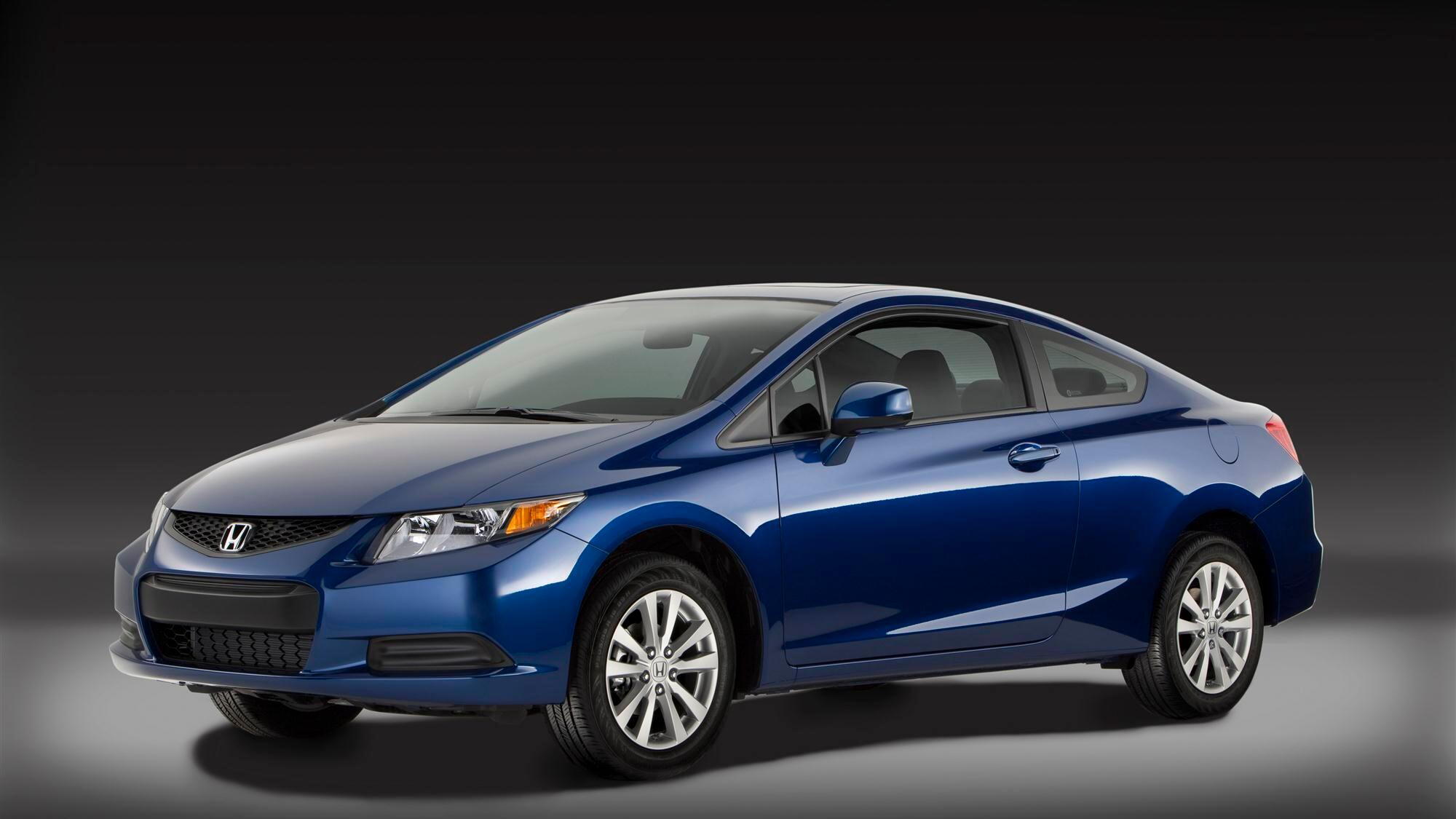 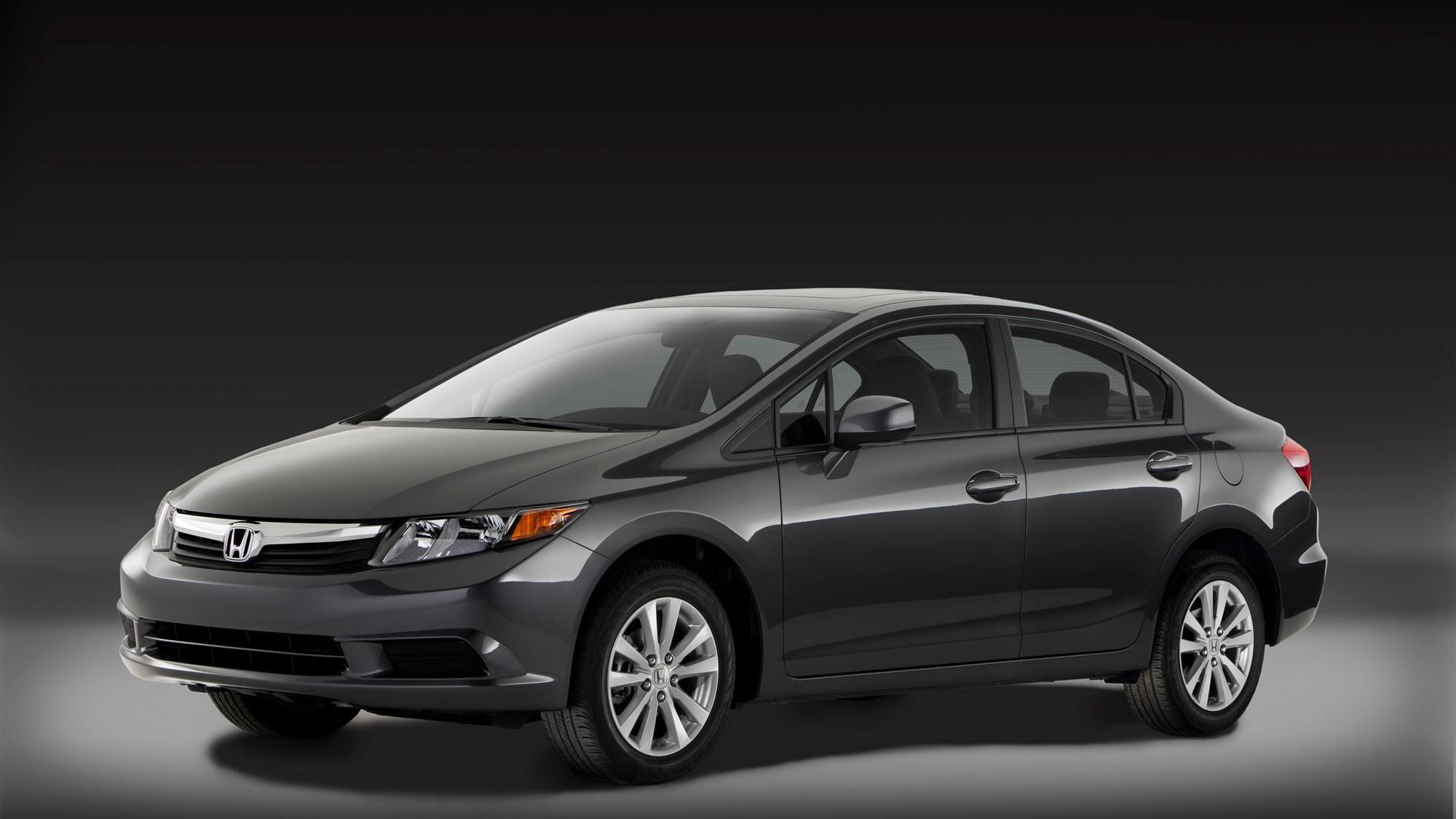 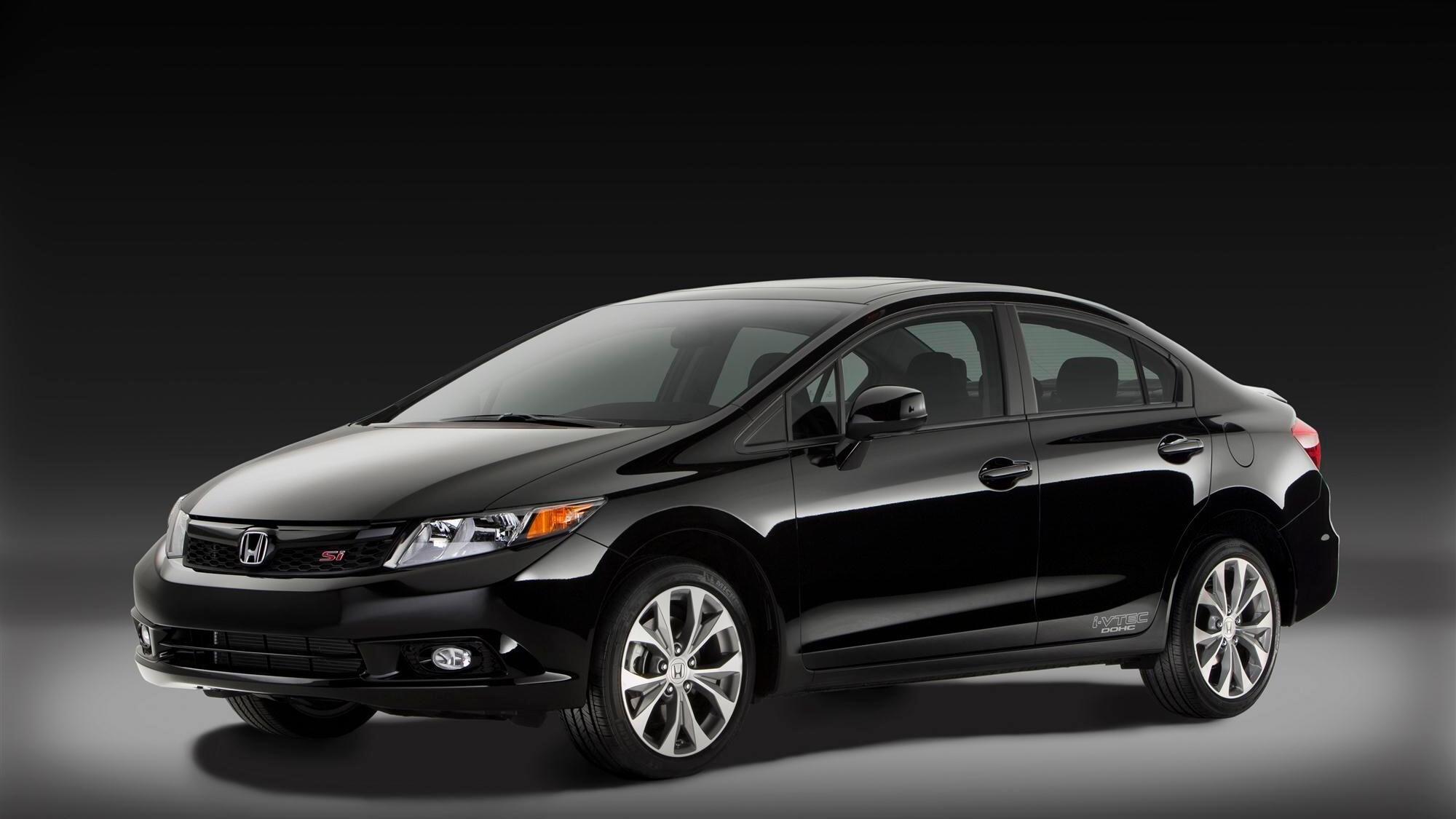 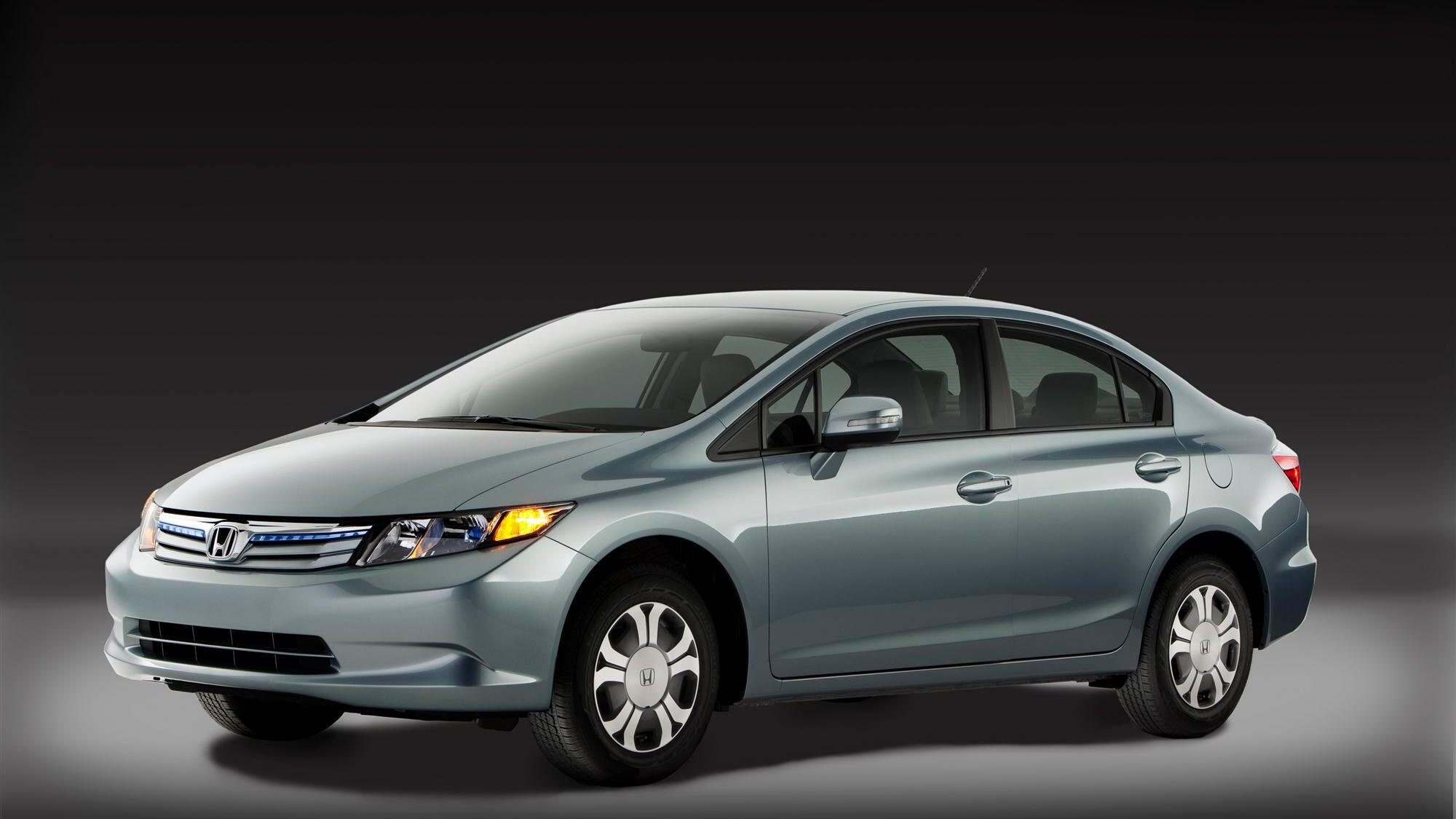 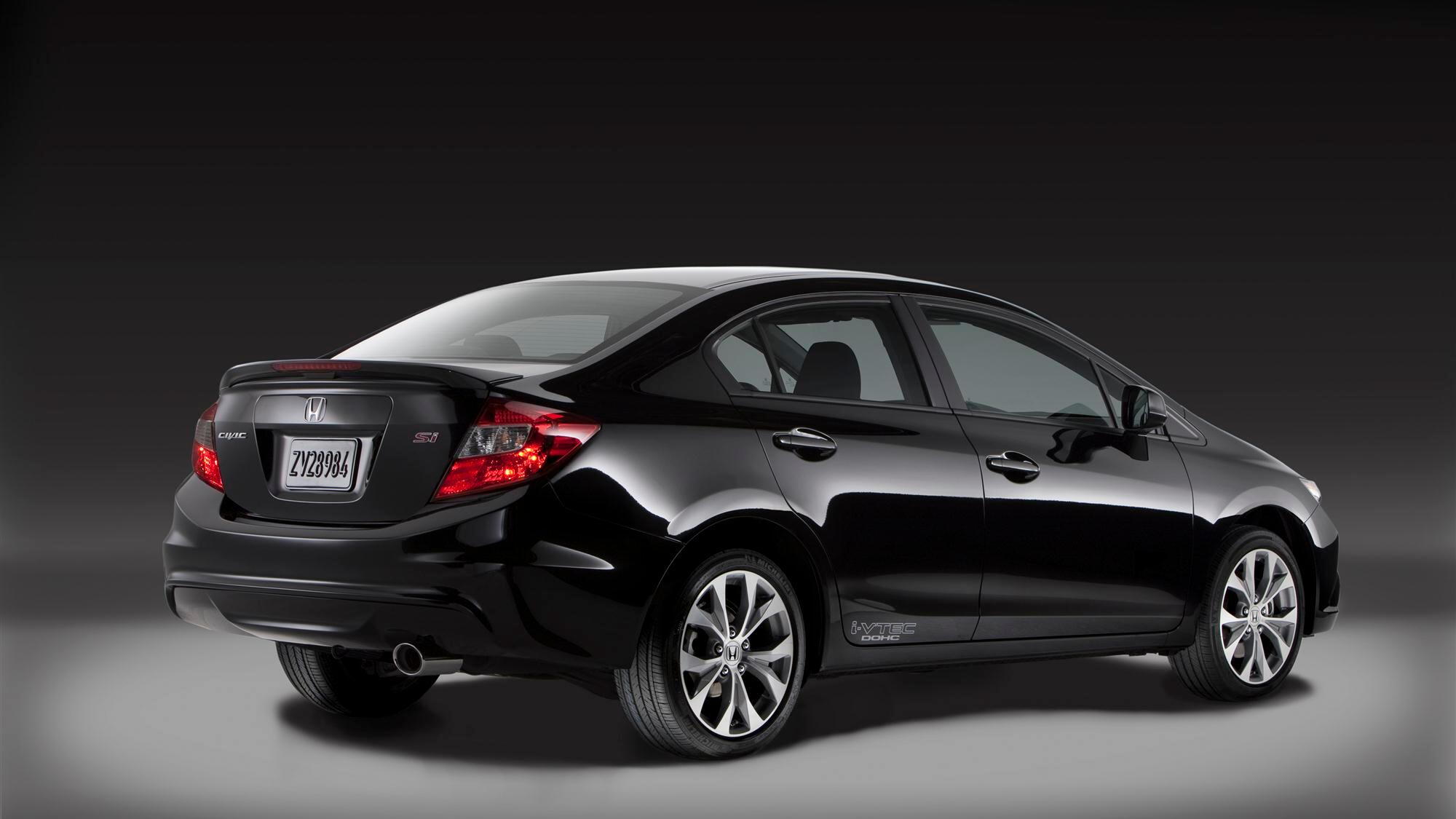 Fresh from its "preview" in "concept" form at the Detroit Auto Show, the 2012 Honda Civic is here, and it looks pretty good. It also offers the all-important 40 mpg in two trims--HF and Hybrid.

The entire 2012 Civic lineup is more efficient, but it's the HF and Hybrid that headline: the 140-horsepower HF scores an EPA estimate of 41 mpg highway with a 1.8-liter i-VTEC four-cylinder engine and five-speed automatic transmission, while the 110-horsepower Civic Hybrid pairs Honda's IMA system with a lithium-ion battery pack and a 1.5-liter i-VTEC engine with a CVT transmission. Both models get Honda's ECO Assist technology that gives the driver feedback on how green they're driving.

Other models in the 2012 Civic lineup include the standard Sedan, Coupe, GX (natural gas), and Si. The Sedan and Coupe score 39 mpg on the highway, while the GX gains seven percent in efficiency, according to Honda.

The sporty six-speed manual Si gets a larger, 2.4-liter four-cylinder preliminarily rated at 200 horsepower and 170 pound-feet of torque. The main benefit of the larger engine is the torque: a 22 percent increase, says Honda. Even with the added power, the Civic Si picks up 2 mpg highway over the previous model, scoring 31 mpg.

The new Civic is expected to go on sale later this year. Pricing and availability will be released later.