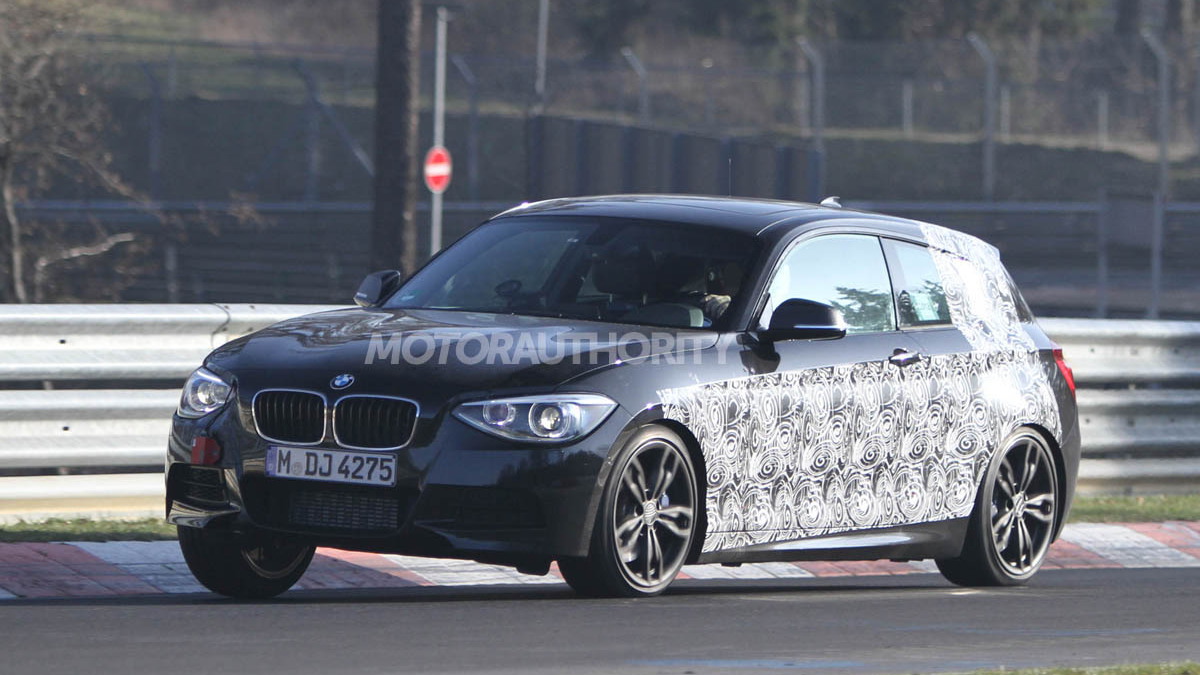 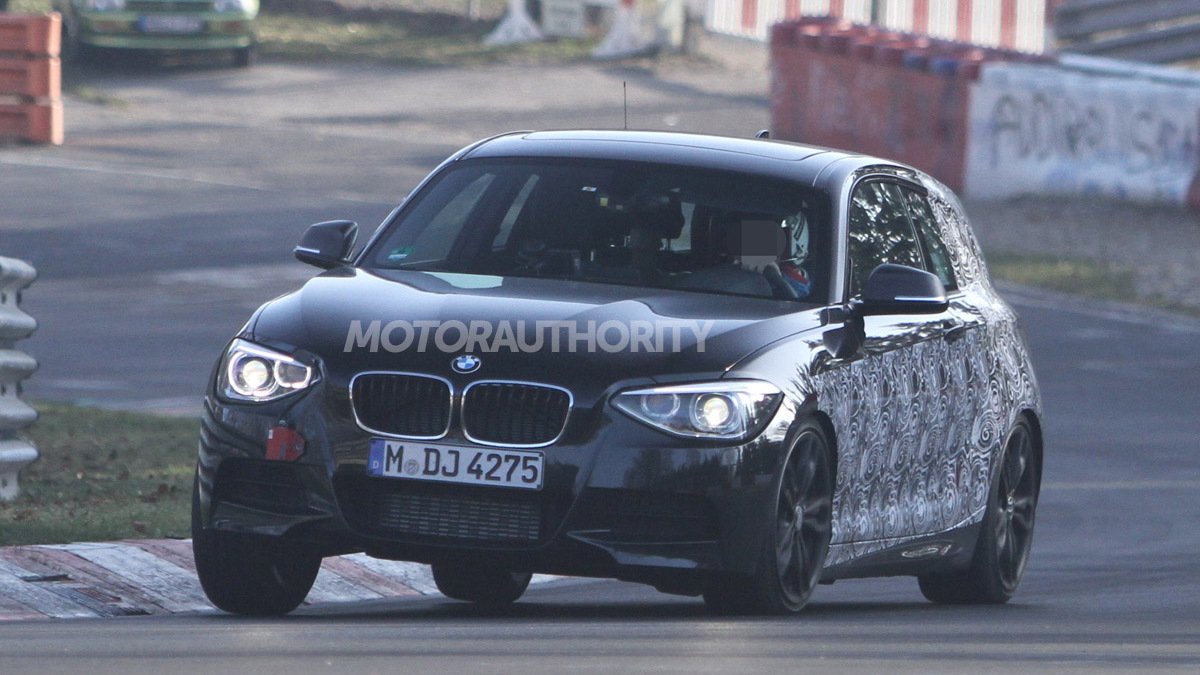 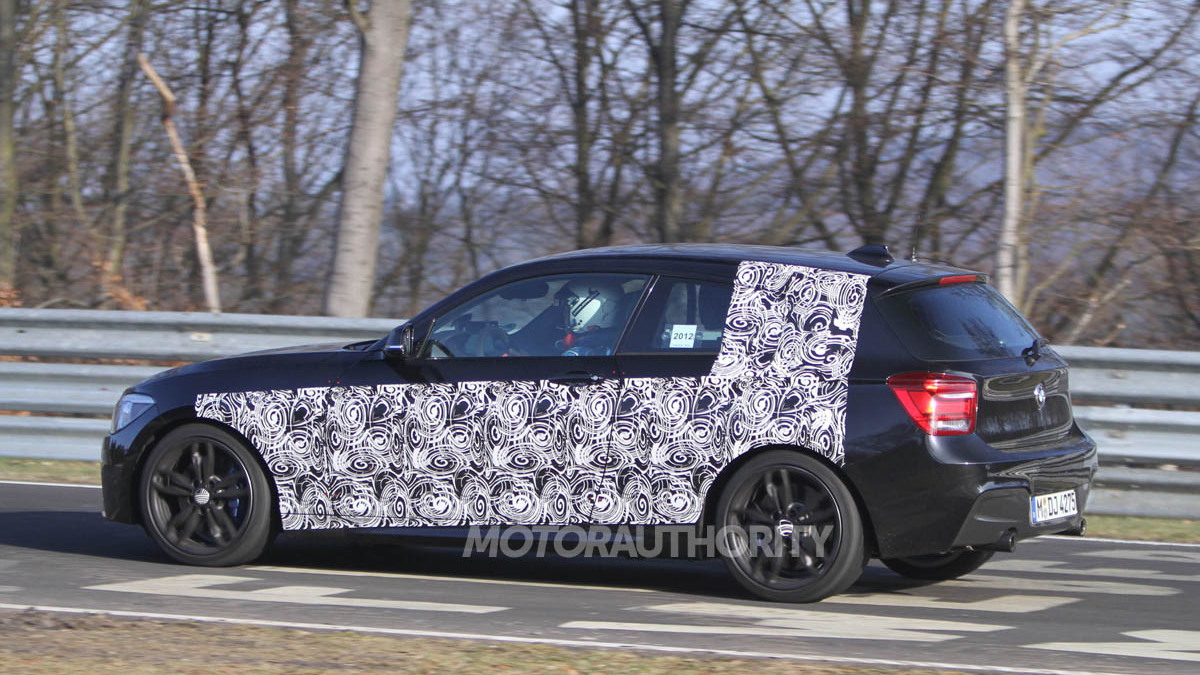 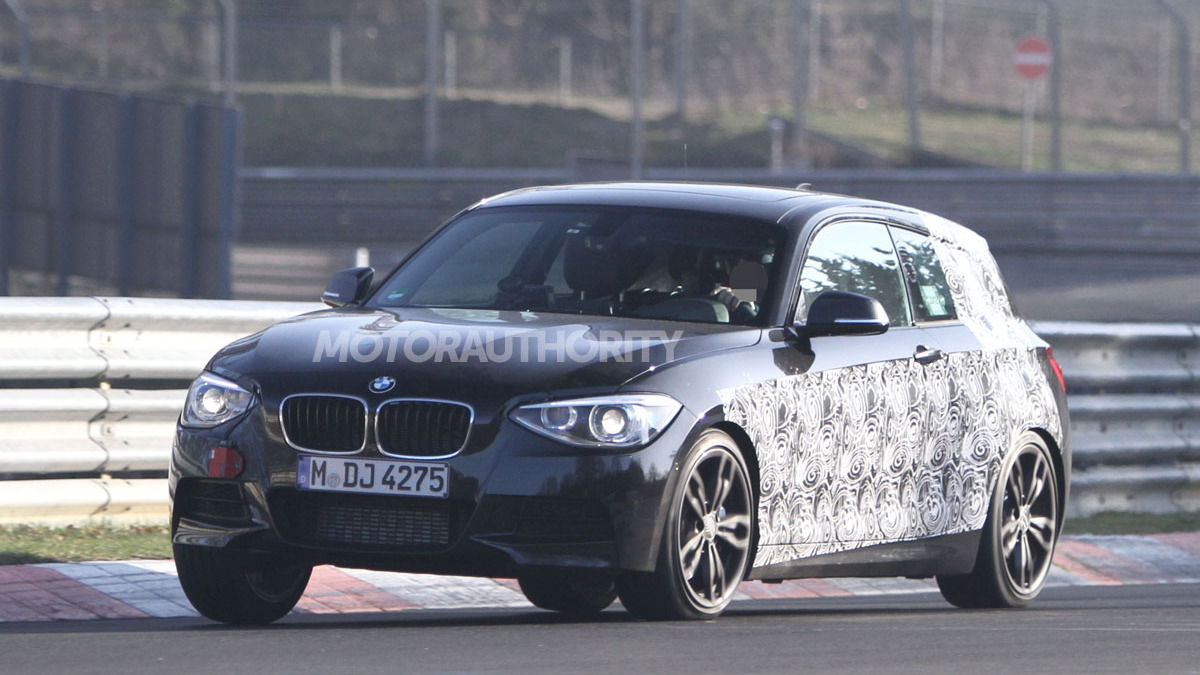 10
photos
File yet another tasty little sports hatch in the Likely Forbidden Fruit category: the 2013 135i three-door hatchback is spied here in final testing on the Nürburgring as BMW finalizes the car's tune before production.

Unfortunately for us, that production won't see U.S. sales. That's a shame--perhaps even greater than the lack of the five-door, as the three-door version's proportions are even more attractive to our eye.

With its hatchback cargo area, it's undoubtedly more useful than the 1-Series Coupe and Convertible we do get here in the U.S., and likely not much, if any, heavier. But Americans want the three-box shape, or so the major brands believe, and so we hatchback enthusiasts pine away in vain.

As for what's going on with the new Euro 1-Series hatchback, it's pretty much business as usual: the 135i uses the turbocharged inline six-cylinder rated at 300 horsepower and 300 pound-feet of torque; a 128i model with the turbocharged 2.0-liter four-cylinder found in many of BMW's updated models could also see use here.

An M Performance version is also planned, previewed by the recent M135i Concept and packing the 320-horsepower twin-turbo N54 inline six-cylinder engine, along with some M-tuned suspension bits and more aggressive body work. There's no definite word on whether it'll be offered in both three- and five-door trim but it's likely. Of course, the car spied above could be the three-door version of that very car--the bumpers and wheels seem to match the concept, and it would make sense to offer it in both configurations.

In the mean time, all we can do is sit back and wait for BMW's rumored model-shuffle--and hope that it might include a sporty, fun hatchback or two when it happens. Either that, or start writing letters to help influence BMW to bring this version here.