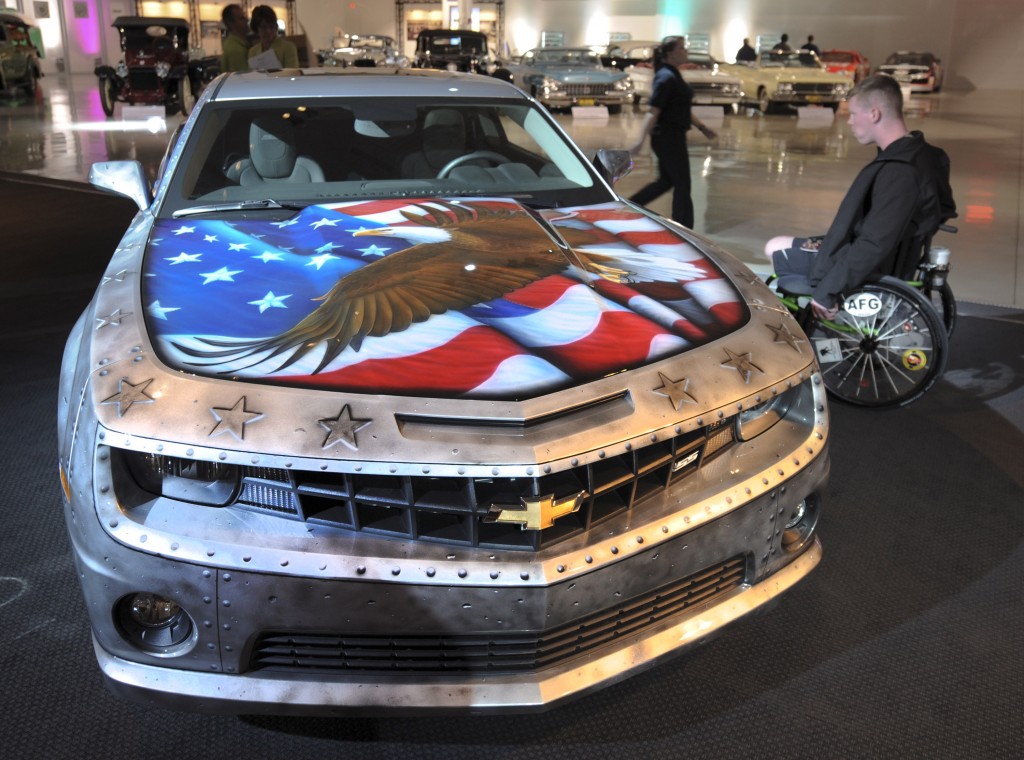 Not only is Chevrolet donating a one-of-a-kind Camaro to raise money for an organization that helps wounded veterans, it’s even using GM’s CEO Dan Akerson to help market the car during tomorrow’s 112th Army-Navy football game.

The unique Camaro, painted by artist Mickey Harris and honoring the Army, Navy, Air Force, Marines and Coast Guard, will be sold by Barrett-Jackson at its Scottsdale, Arizona auction next January. All proceeds from the sale will go to support the Achilles Freedom Team of Wounded Veterans.

Chevrolet will host military families and Achilles Team members at this year’s Army-Navy game, and will pay tribute to wounded servicemen and women via a special TV spot. During the game, CBS Sports will feature the Military Tribute Edition Camaro in an interview with GM Chairman and CEO Dan Akerson.

Chevrolet supports military families in another way, as well: active military members are eligible for a program that prices most new Chevrolet (and General Motors) vehicles at the same discounts extended to employees of GM suppliers.