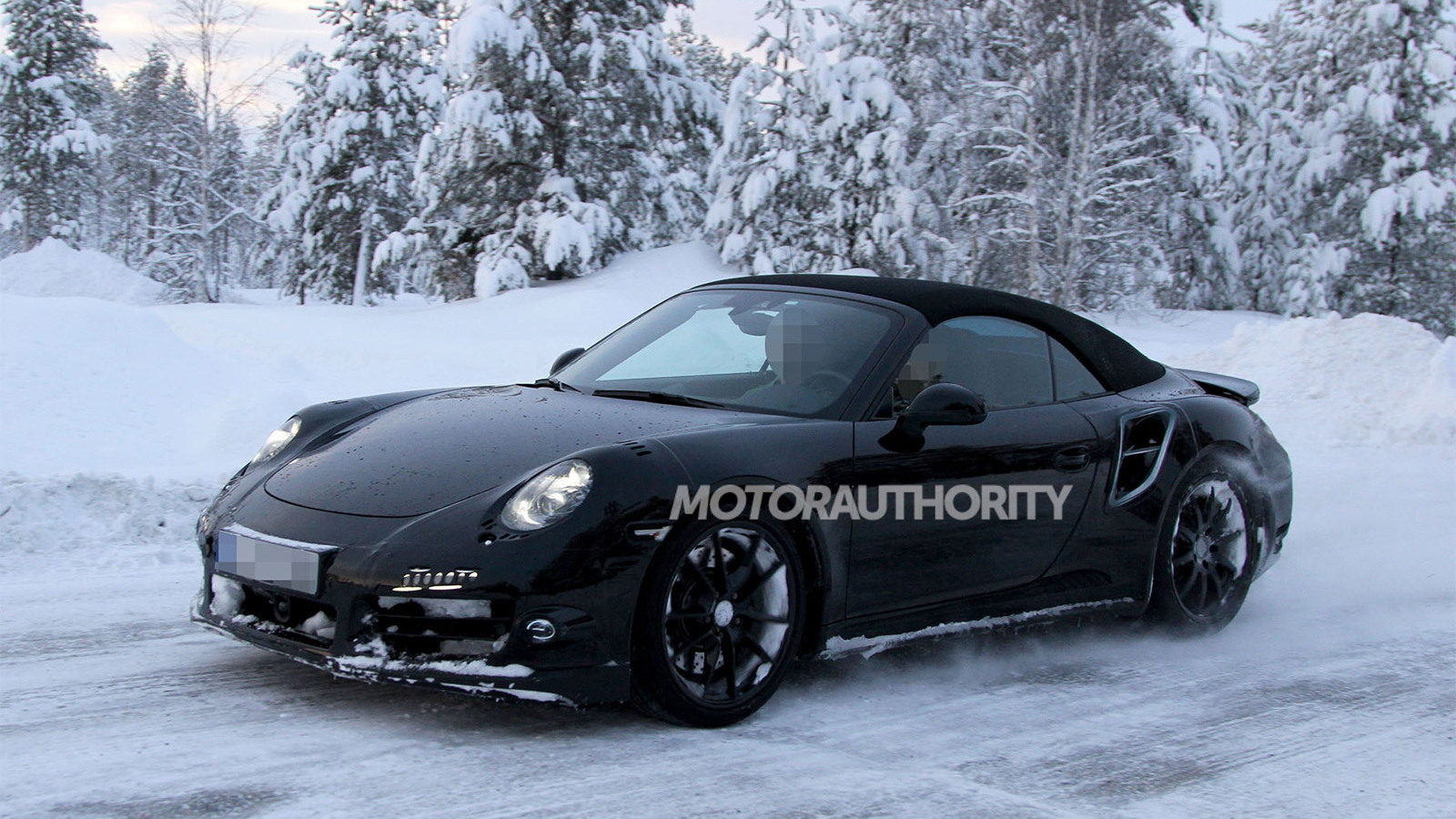 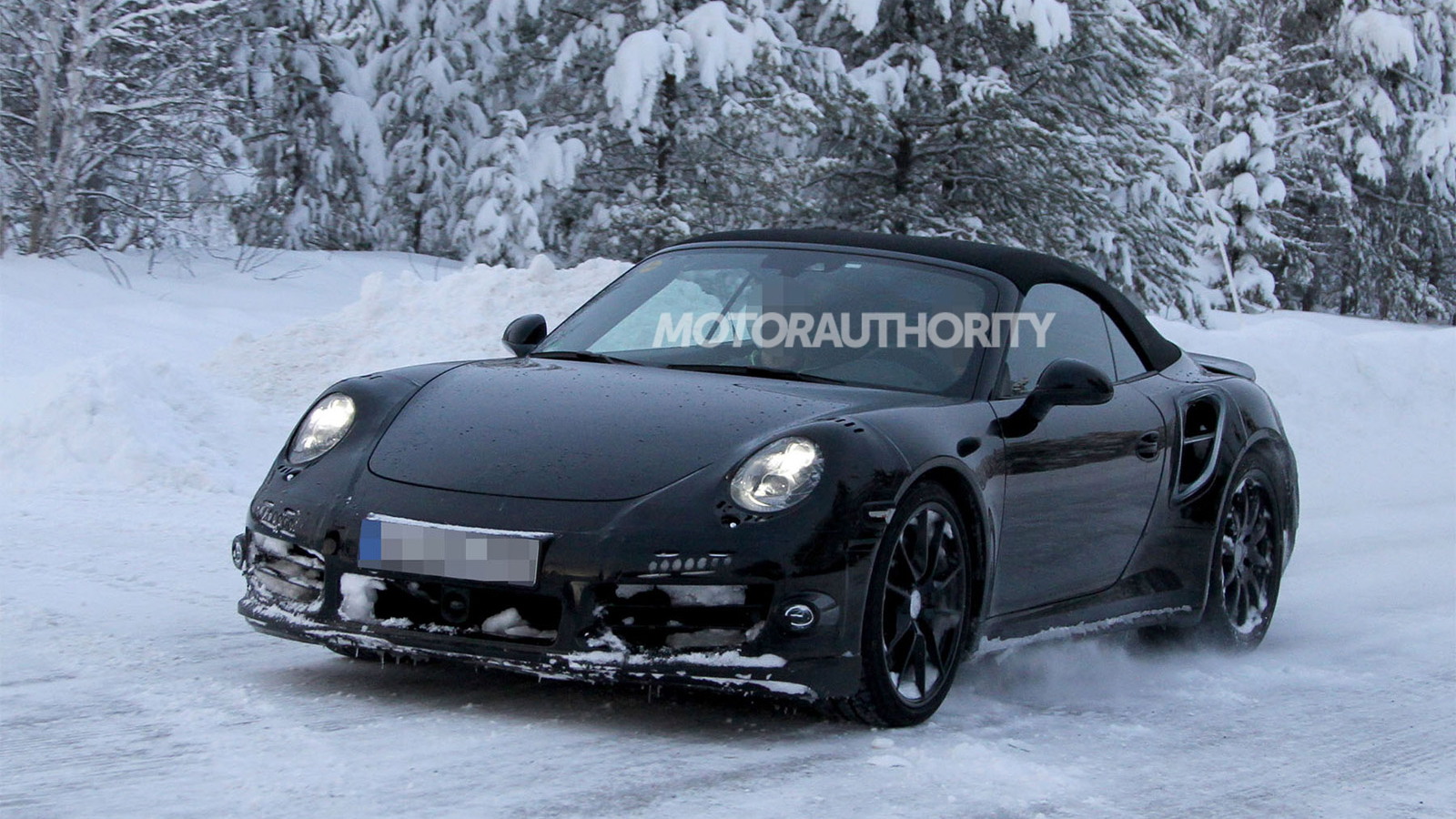 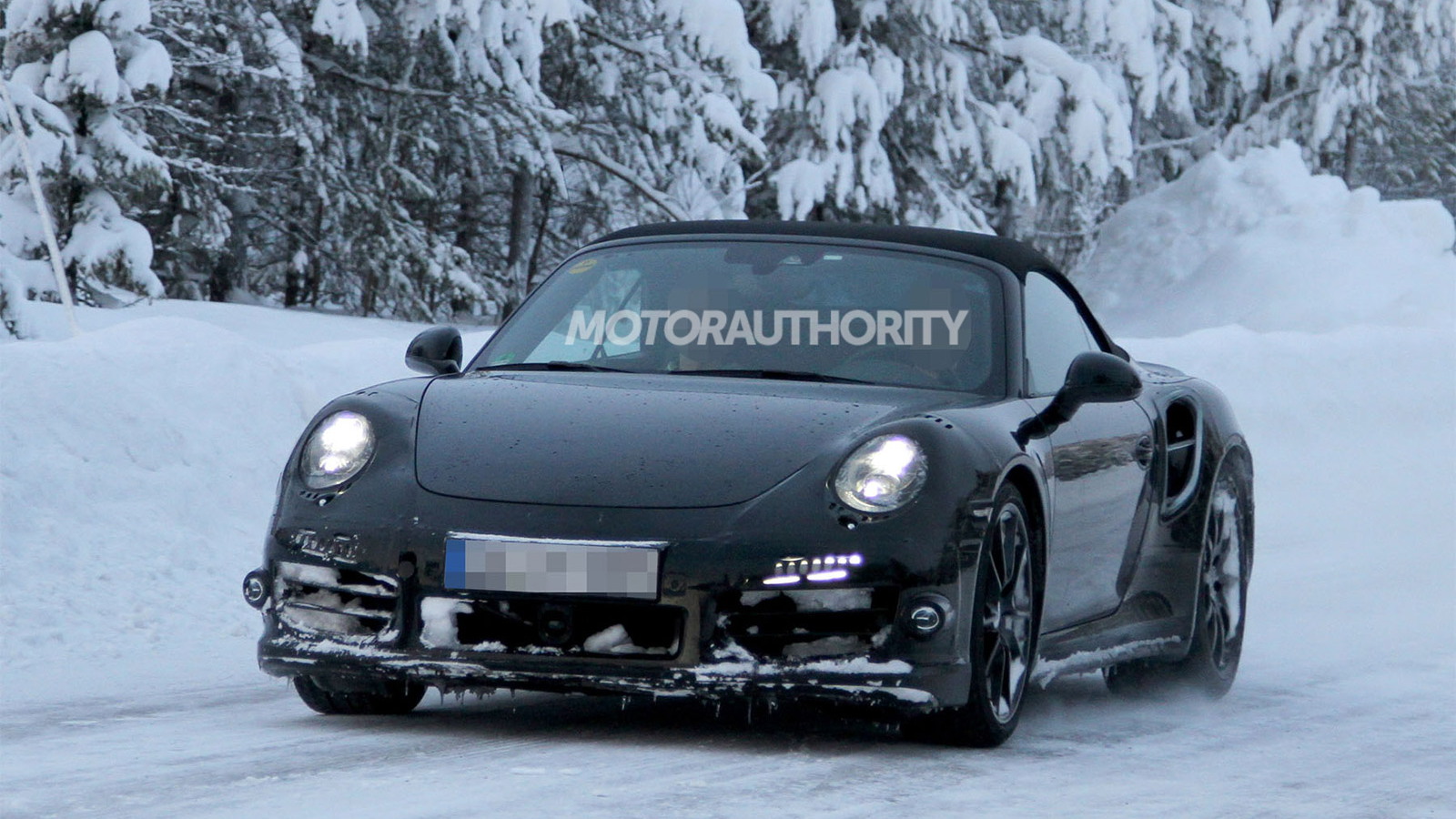 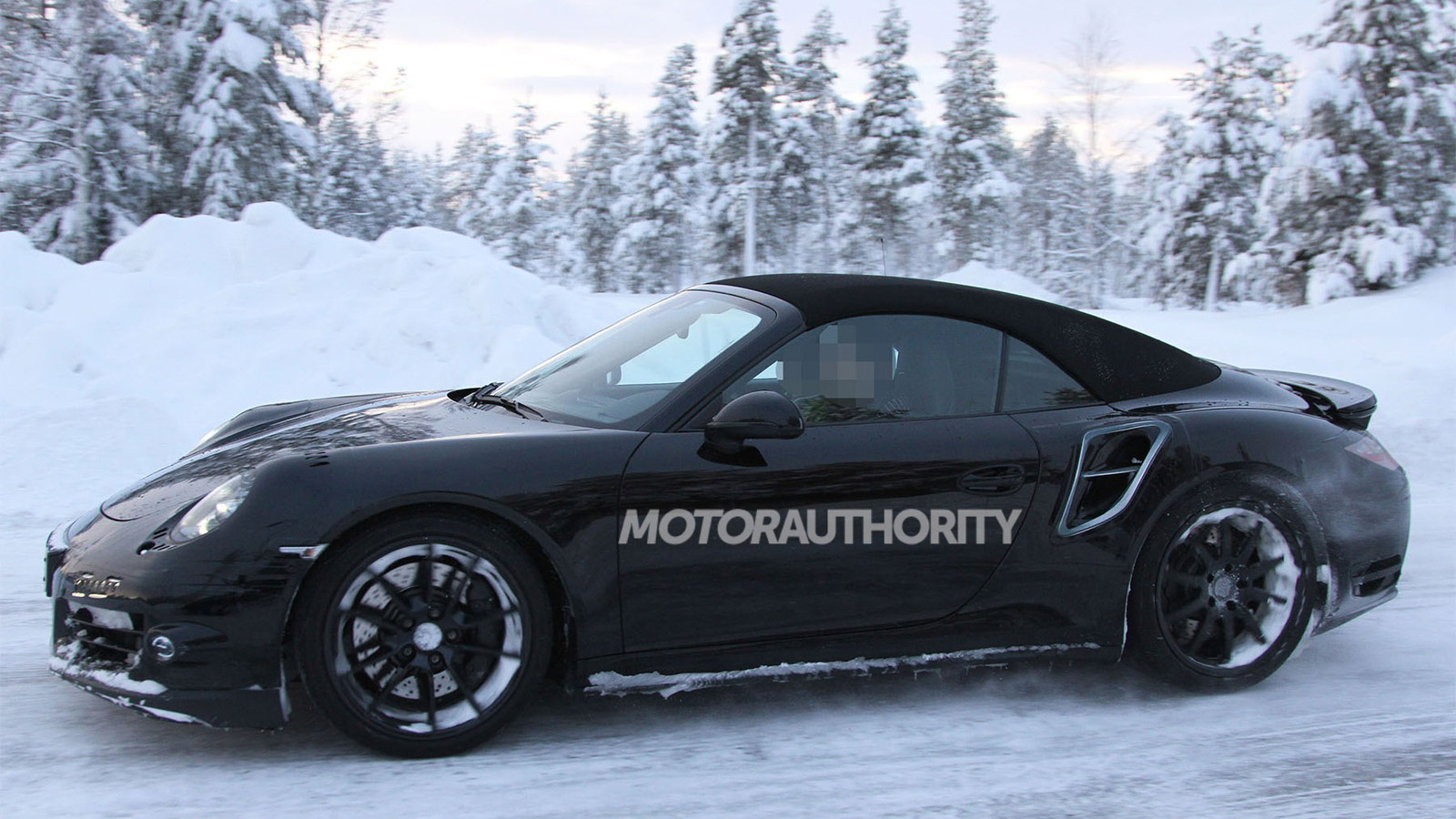 Featured here are spy shots of the latest Porsche 911 Turbo Cabriolet, which should join the 911 Turbo coupe in showrooms towards the end of the year, making it a 2014 model.

When it arrives, it will feature a turbocharged and direct-injected flat-six engine, wide rear haunches, additional cooling vents all around, and a new active rear spoiler.

Peak output should match the new 911 Turbo coupe’s 520 horsepower, and once again a 911 Turbo S Cabriolet will be launched. This model, which has also been spied, will deliver 560 horsepower.

Power will be transferred to all four wheels via Porsche’s seven-speed PDK dual-clutch transmission, which will get an engine stop-start system that even works when the car is coasting in order to maximize fuel economy. Unfortunately, reports of the manual’s demise on the latest 911 Turbo family have proven accurate as no three-pedal manual has been announced.

The new 911 Turbo coupe will hit 60 mph in just 3.2 seconds with its optional Sport Chrono Package and we expect the 911 Turbo Cabriolet to offer similar pace. Top speed should come in at just under 200 mph.

Some technological advances that should feature on the 911 Turbo Cabriolet (they're already announced for the 911 Turbo coupe) include: rear-wheel steering to enhance both low-speed and high-speed handling; all-LED headlights; center-lock wheels; a three-stage front and rear adjustable aerodynamics system; and a host of luxury features in the interior like 18-way adjustable seats and a choice of Bose or Burmester sound systems.

Look out for the new Porsche 911 Turbo Cabriolet’s debut in the coming months.