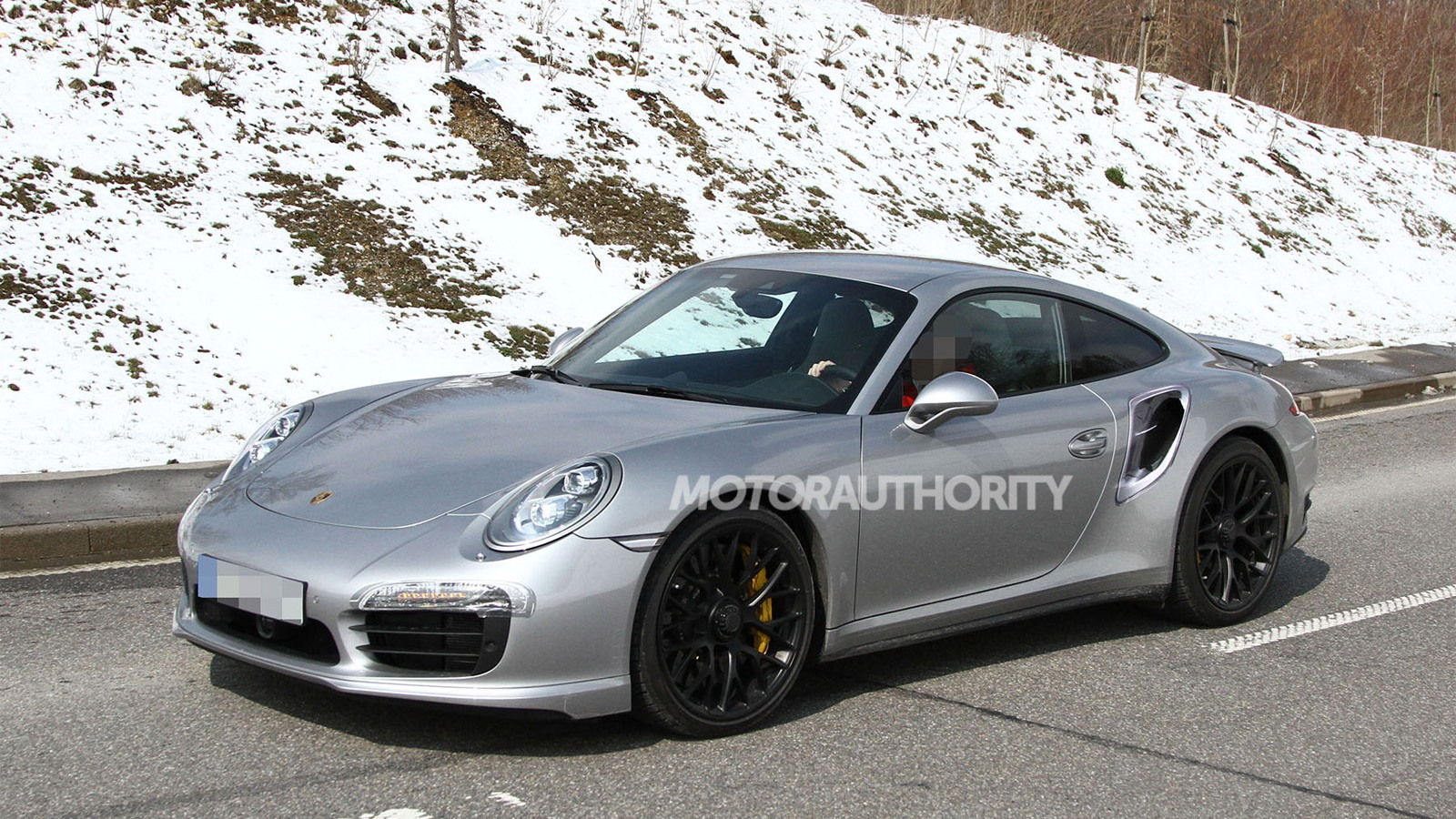 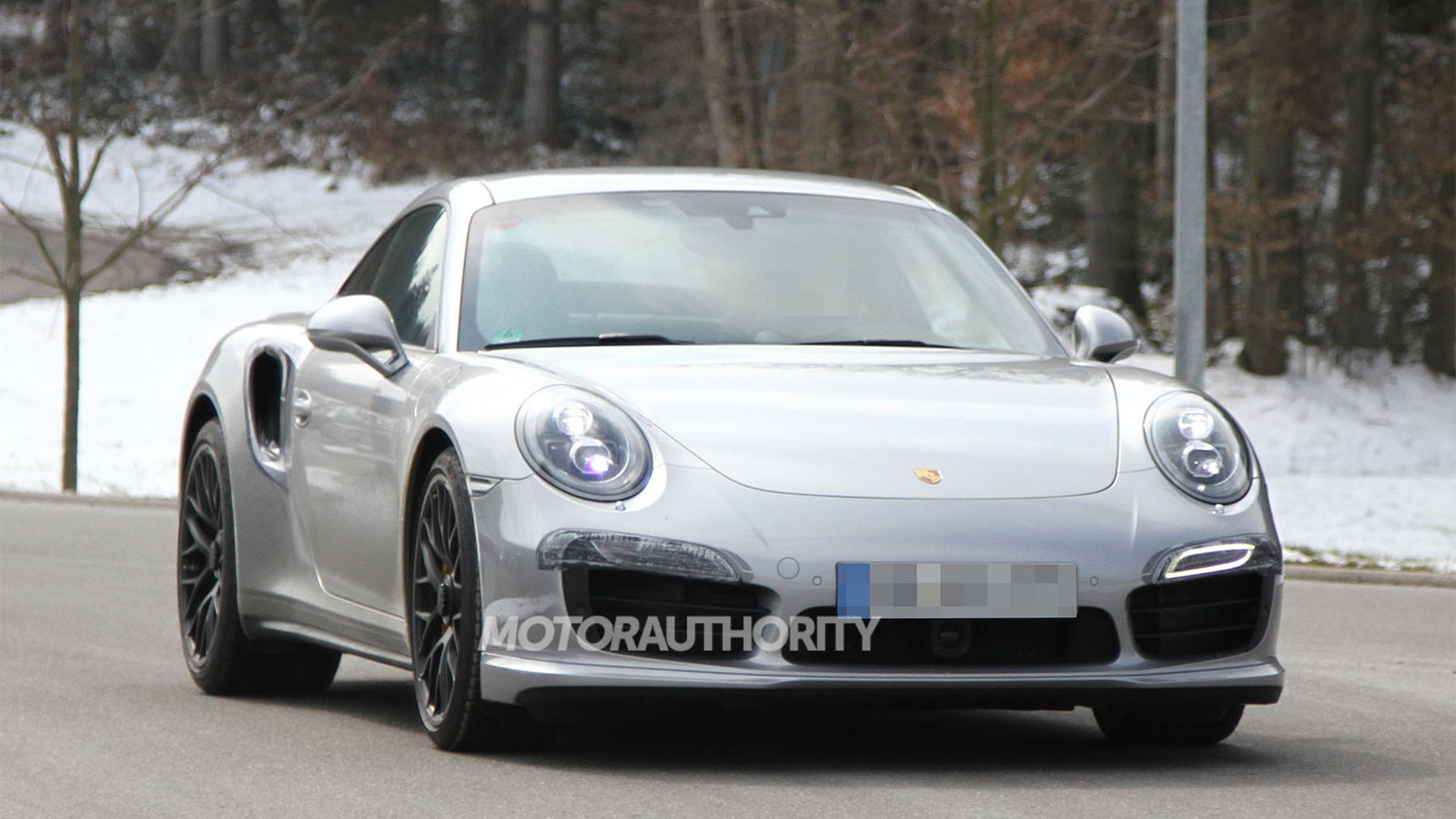 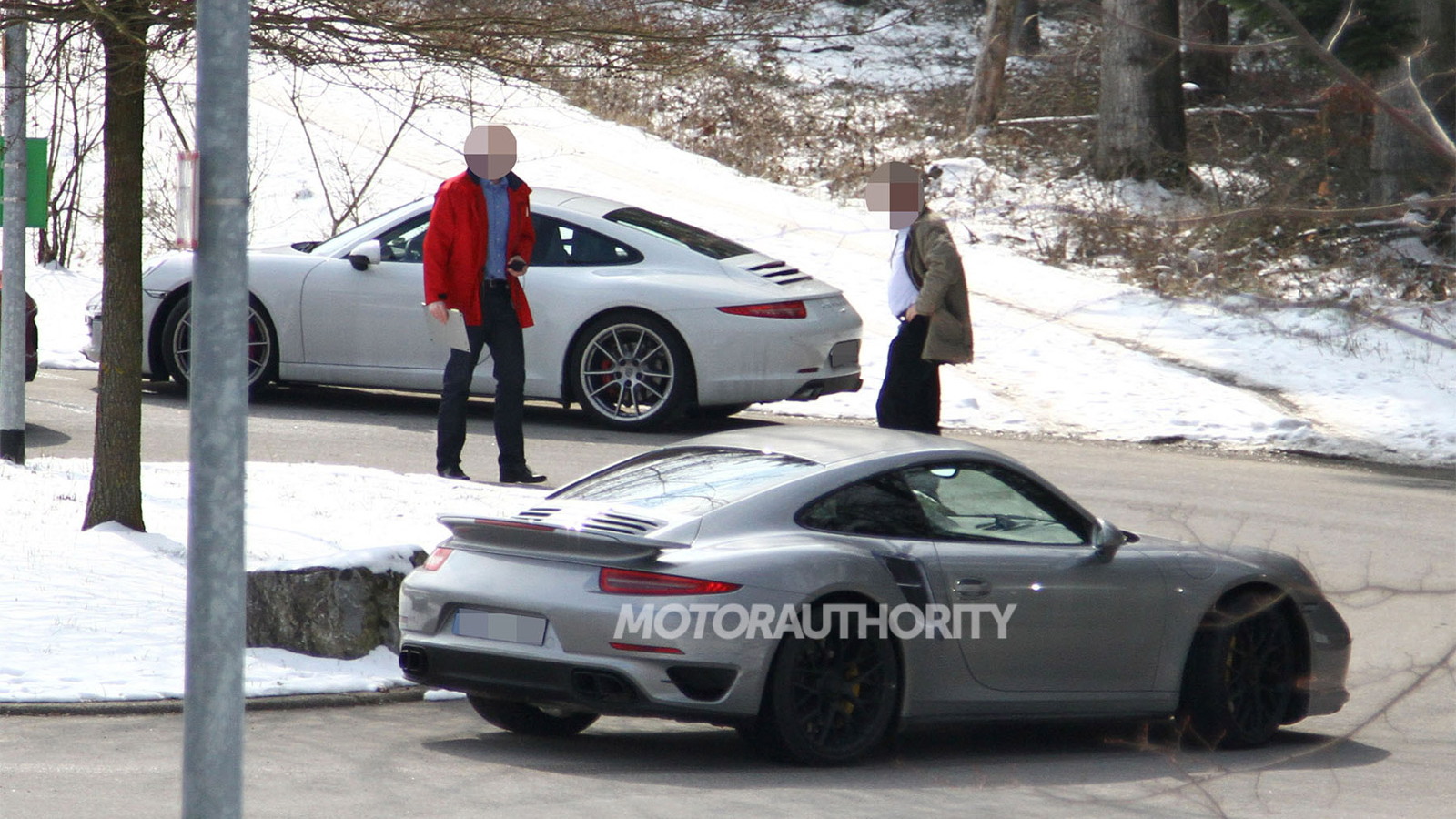 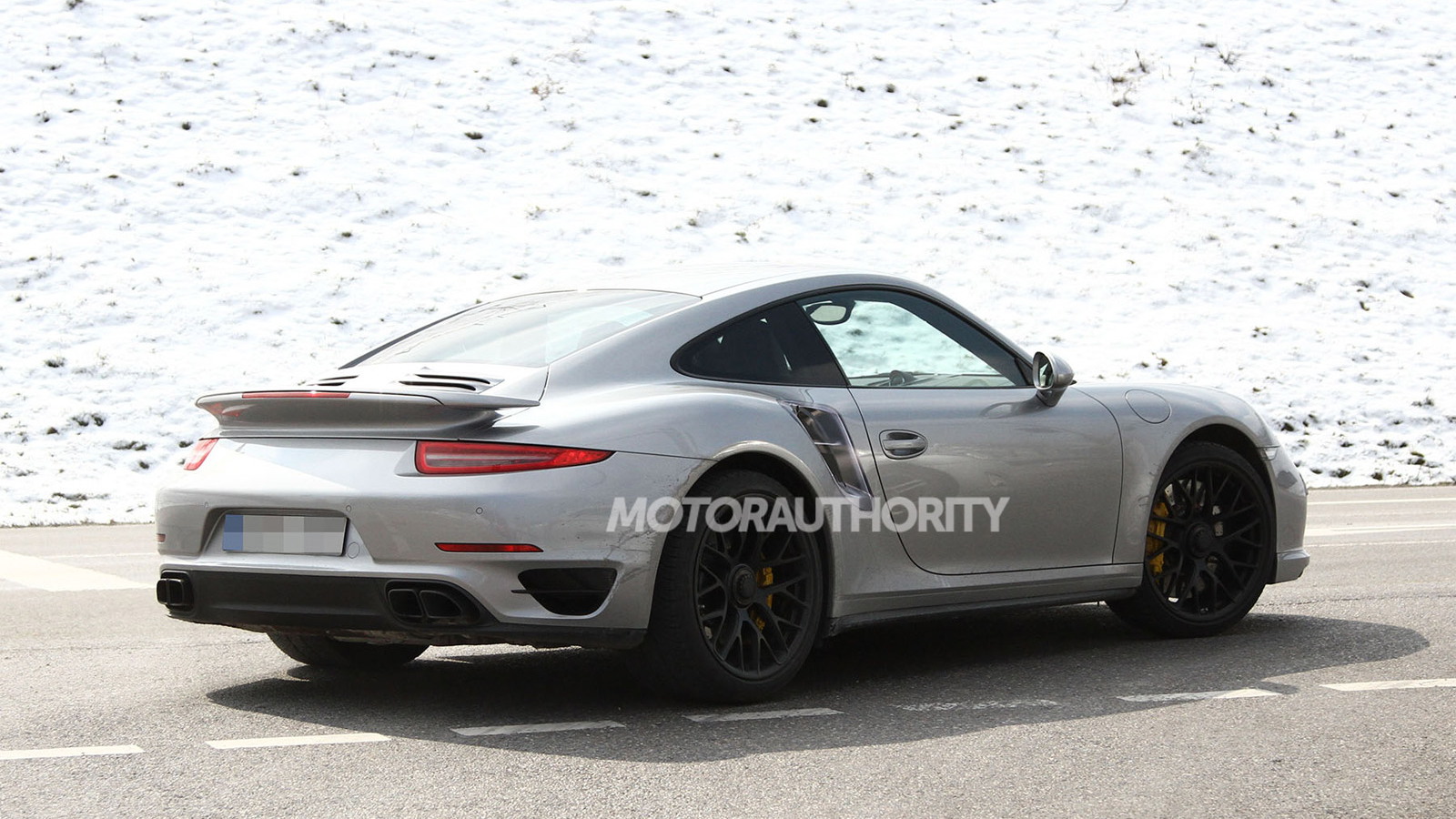 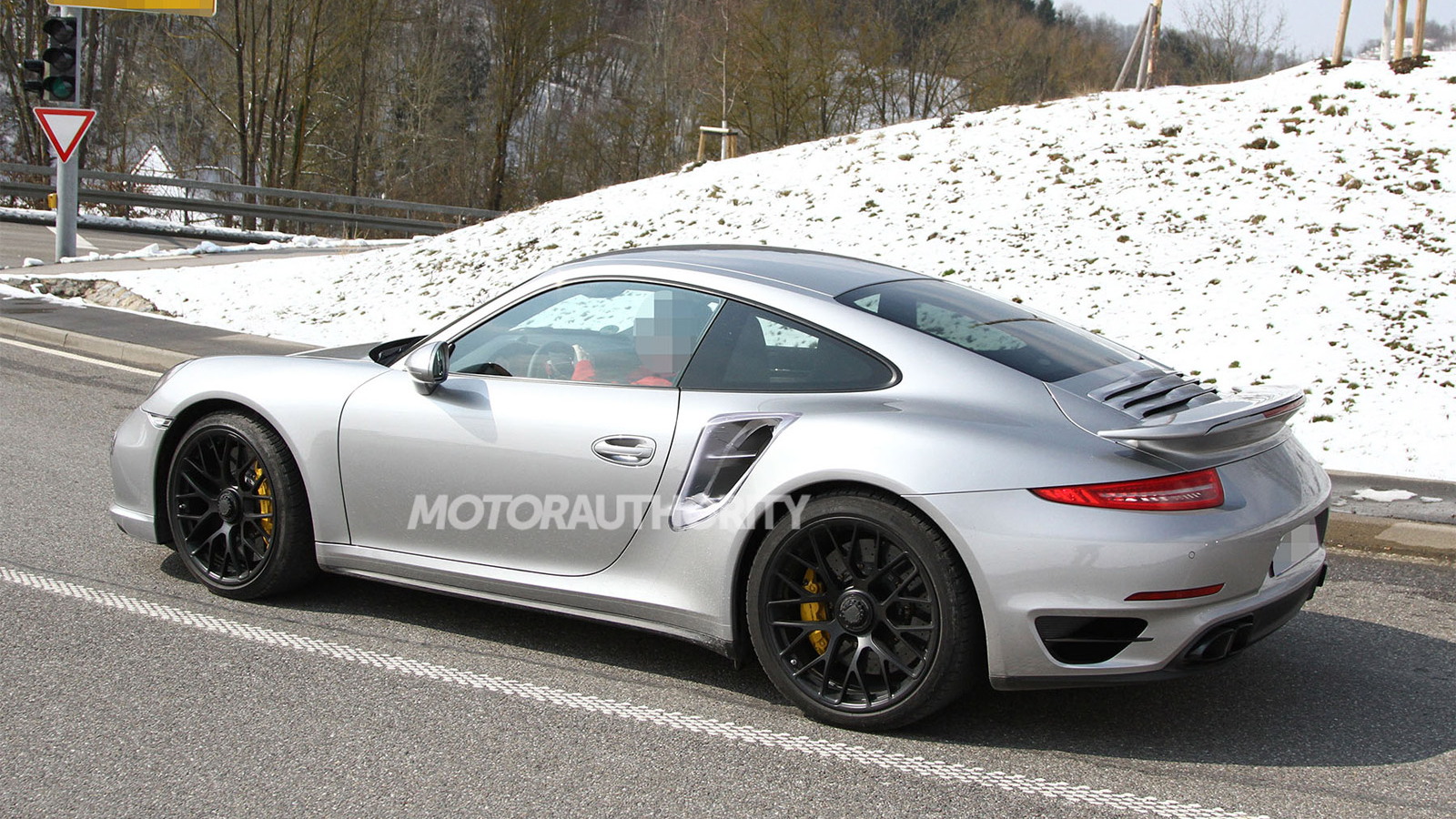 Anyone who loves cars is eagerly awaiting the arrival of the all-new Porsche 911 Turbo. It's the machine that many, from dentists to dental surgeons, can't wait to have the opportunity to plunk down hundreds of dollars for a Guards Red color-matched key fob. Joking aside, the next 911 Turbo should be an amazingly engineered road-going rocket ship. The folks who focus on both the road and the track have produced a list of nine talking points surrounding the updated Autobahn stormer, and we'd like to dive in and take a look at a few of the more salient details. Apparently it was a team effort because no one wanted their name attached to the article.

First up, the next 911 Turbo will be equipped with active aero devices, according to Road & Track. This is race-bred technology being adapted for the street, and it's important on a machine with a front end that enjoys pretending its an airplane once higher speeds are being reached. When placed in Sport Plus mode, an inflatable tube fills with air and adjusts the angle of the front spoiler to counteract some off the unwanted lift.

Next, Porsche is going the same route it did for the new GT3. This is something purists will undoubtedly be a bit upset about, but the new 911 Turbo will be offered only with the PDK gearbox. No rowing your own with a well-crafted manual transmission. Still, the PDK is one of the most amazing transmissions on the planet thanks to its near telepathic ability to figure out which gear the driver would prefer to have selected. As much as we would prefer to see the seven-speed at least as an option, it's not a surprise to see it absent here.

Our friends at Road & Track have a few more facts, but we grabbed the ones that jumped out to us. Head over there if you want to read their complete list.