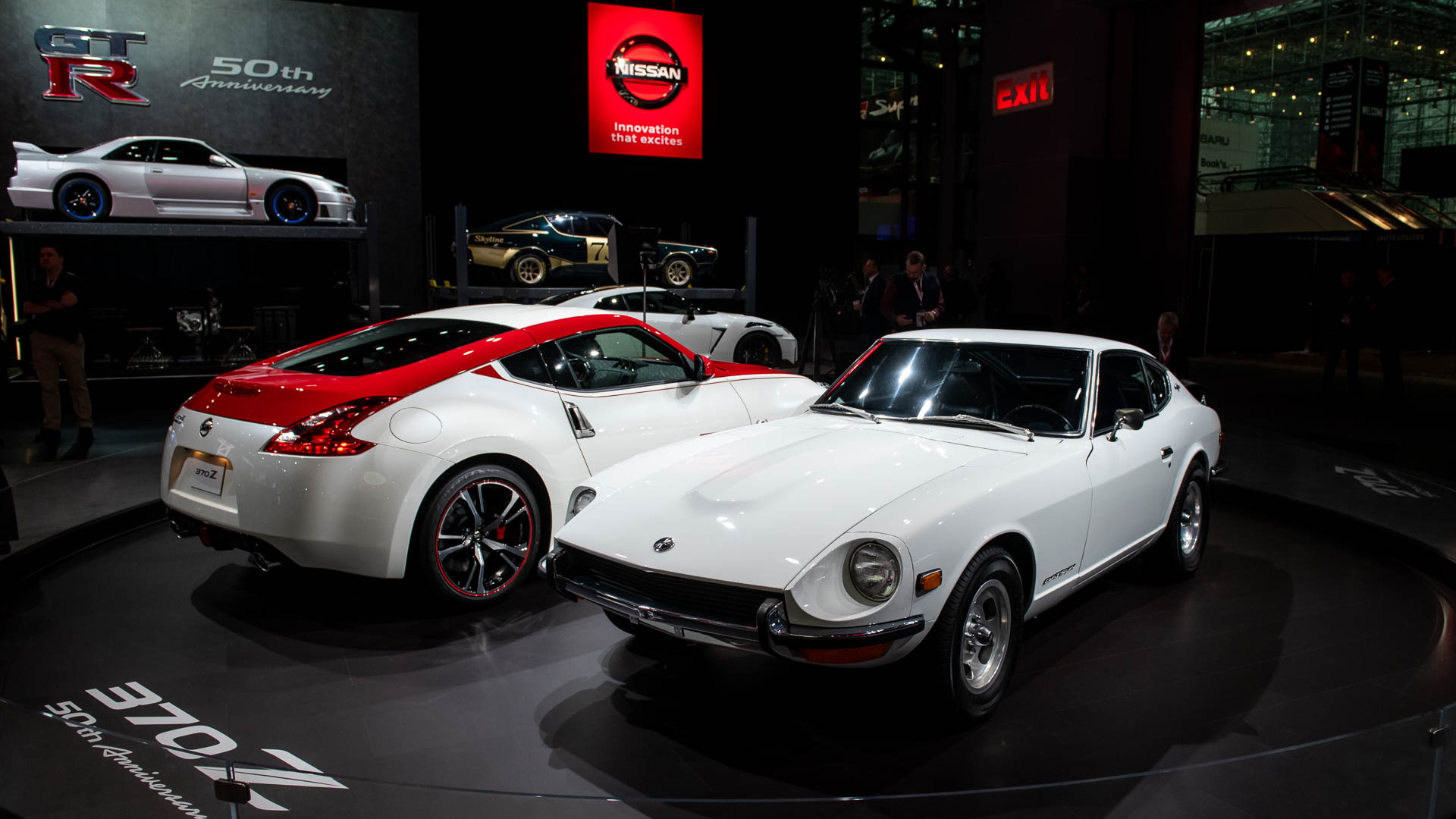 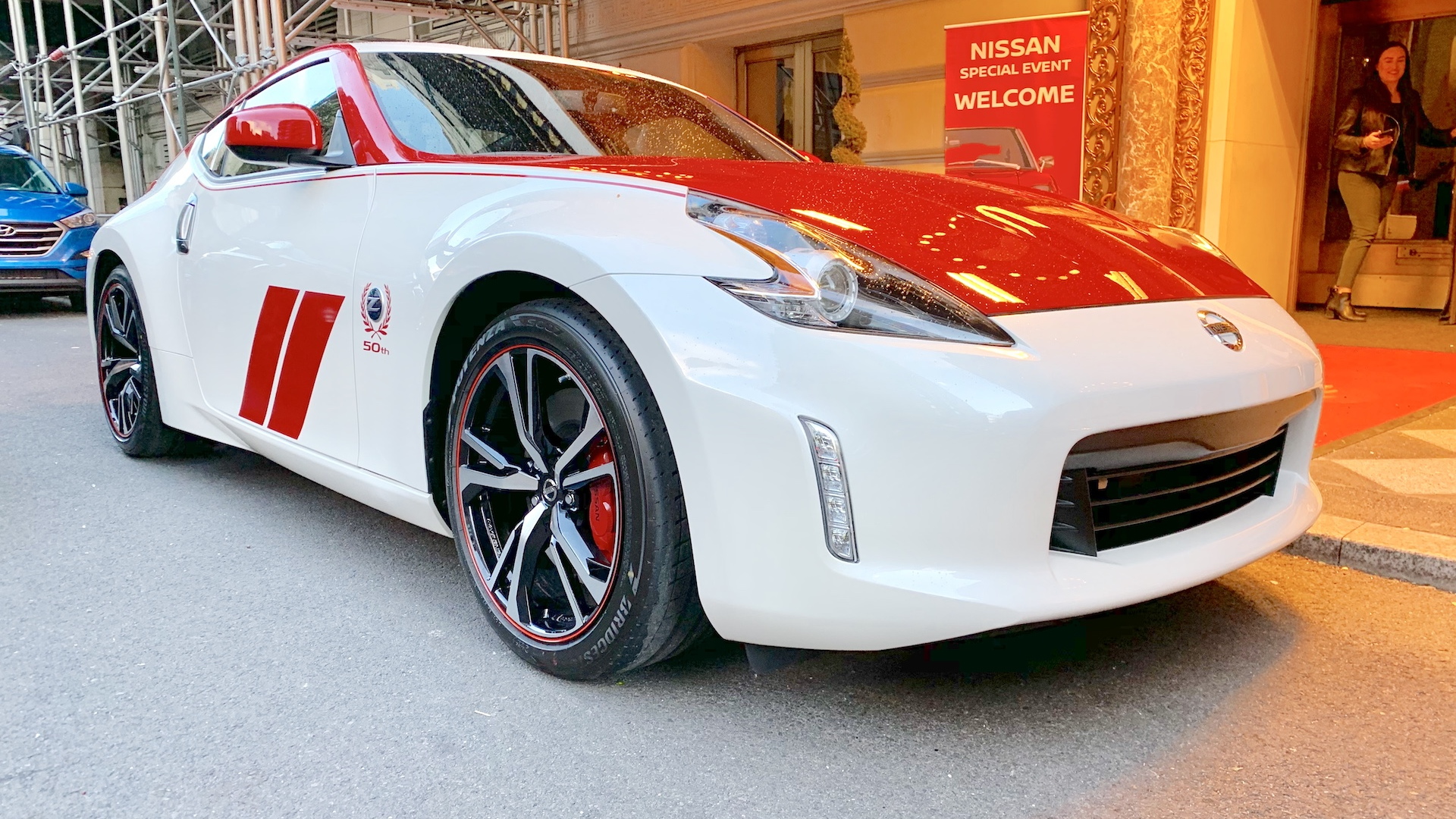 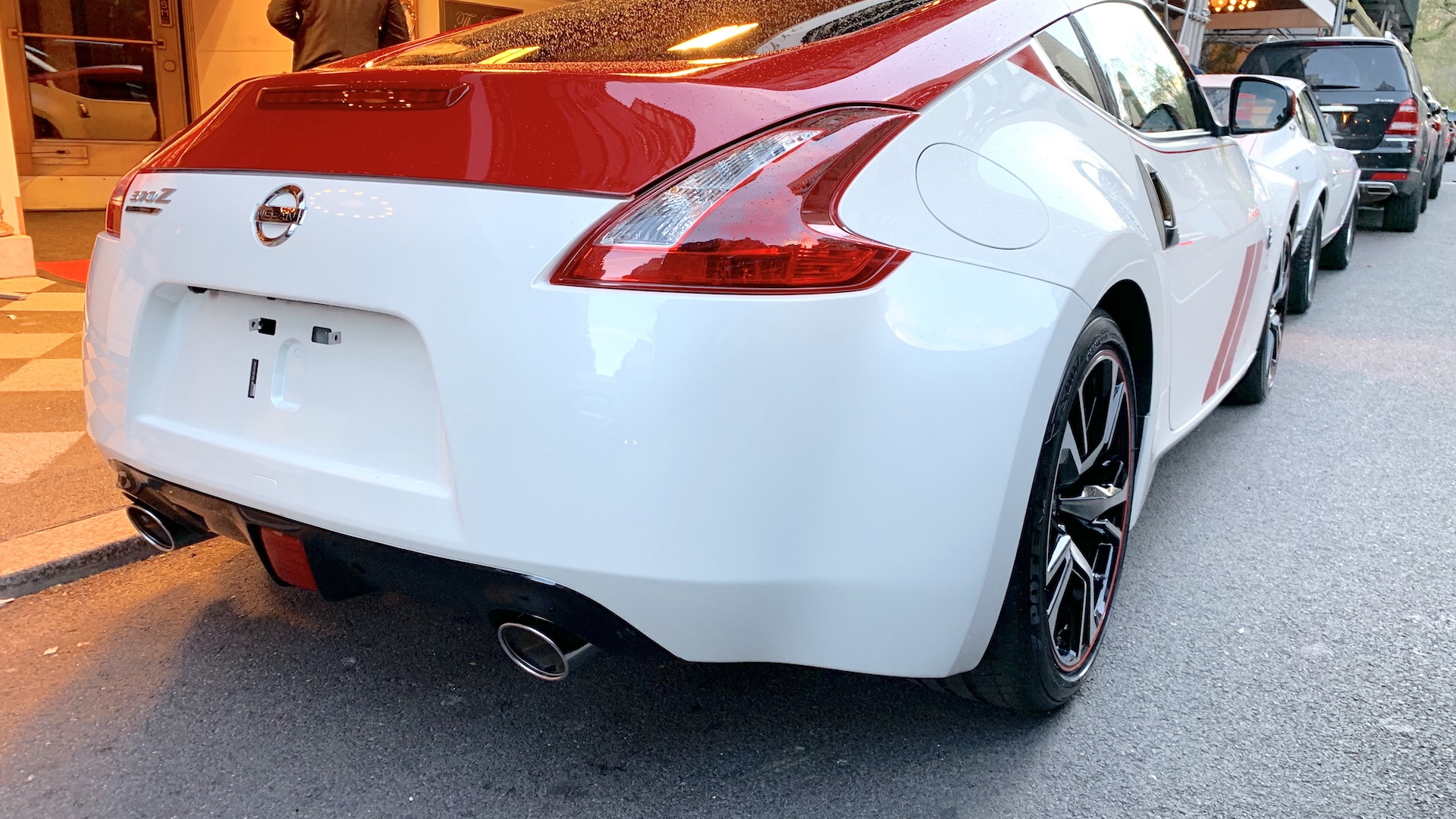 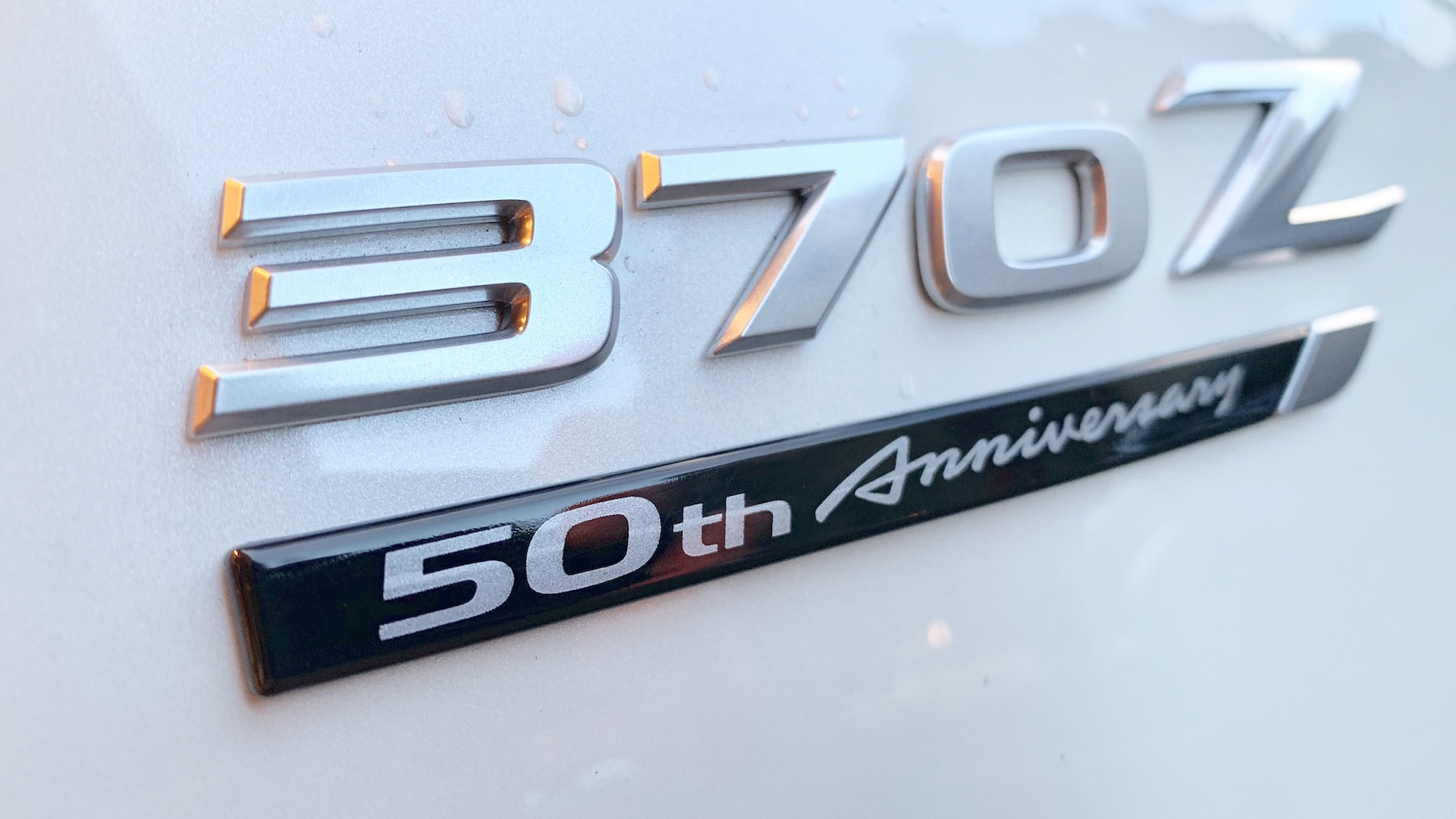 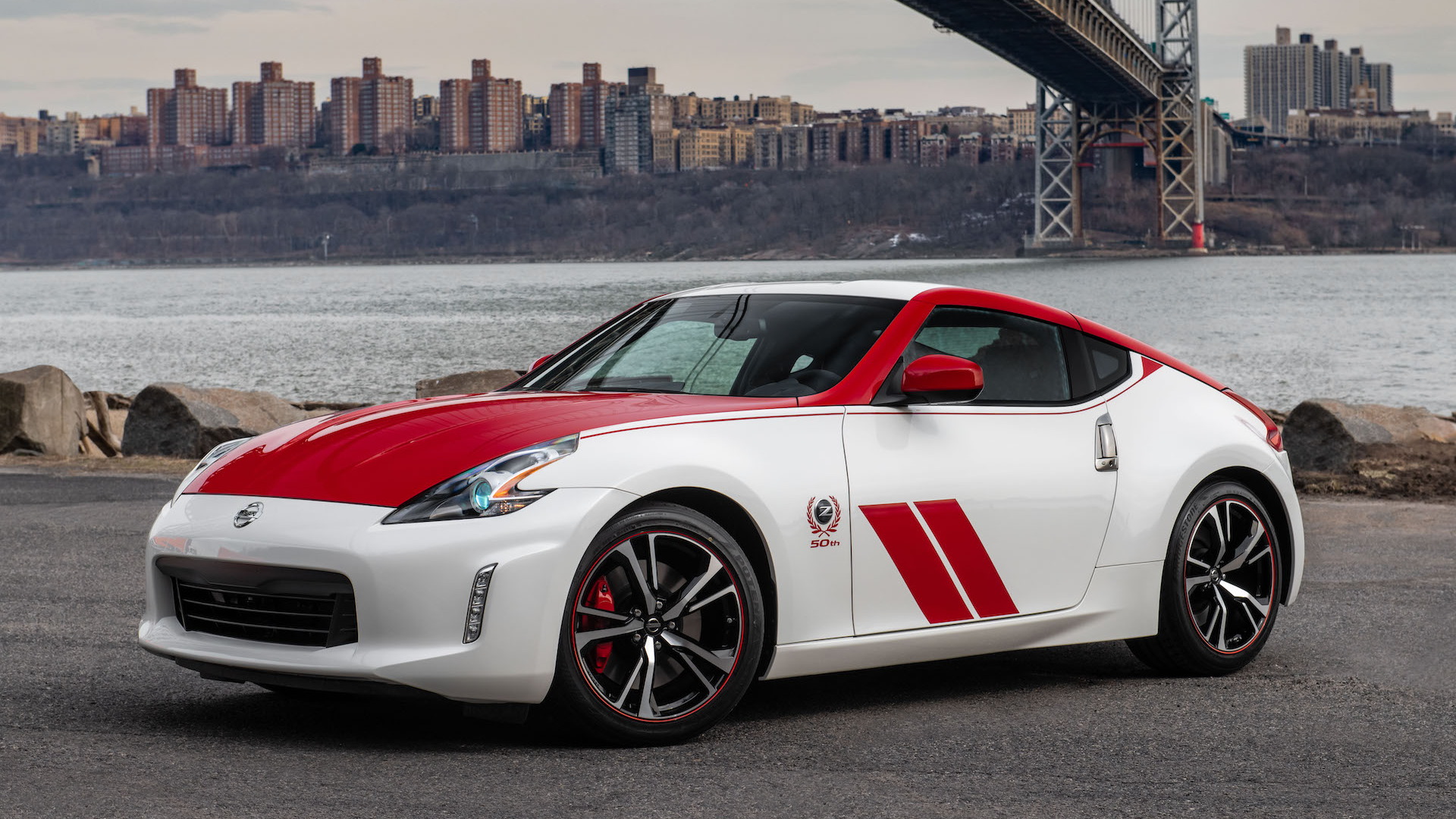 It's been 50 years since the first Z car took to U.S. roads, and the 2020 Nissan 370Z 50th Anniversary Edition has bowed to honor the sports car's lineage.

Nissan will use this week's 2019 New York International Auto Show to showcase the 50th Anniversary Edition car, which was revealed on Tuesday, and although it's mainly an appearance package, this sticker pack has meaning. Z-car devoted will note the exterior mimics the number 46 BRE (Brock Racing Enterprises) Datsun 240Z that swept numerous SCCA National Championships with John Morton as its driver. The appearance package is meant to recall the historic livery.

Based on the 370Z Sport trim, two color schemes will be offered. The first is a white and red motif, while the other is a silver and black one. No matter which, they both feature signature BRE stripes on the doors and a painted trunk, hood, side mirrors, and A-pillars in the accent color. The 370Z 50th Anniversary Edition also features a thin accent color line that runs from the headlight to the end of the rear-quarter window. Nissan said the subtle cue honors the 240Z's C-pillar, which culminates into a small triangle.

On top of this, each car also receives 50th Anniversary badging on the front and rear and unique 19-inch wheels with red accents.

The interior nets a few special touches, too. The steering wheel is wrapped in Alcantara and features a hash mark at the 12 o'clock position. Passengers are treated to leather seats with suede that also boast heating elements and unique stitching. The 50th Anniversary logo is also embossed into the backrests. Dark chrome accents, new skid plates, synthetic suede door inserts, and a 50th Anniversary logo in the tachometer wrap up the special touches inside.

Under the hood is the same trusty 3.7-liter V-6 engine that has served the 370Z for a long time, and it still makes 332 horsepower and 270 pound-feet of torque. A 6-speed manual or 7-speed automatic transmission are both offered.

Under the skin, the 370Z 50th Anniversary Edition does have some difference. Notably, Nissan has added a double-wishbone front suspension and lightweight forged aluminum arms. The car's brakes measure 14 inches in the front and 13.8 inches in the rear with four-piston and two-piston calipers, respectively. The special wheels are also wrapped in Bridgestone Potenza S007 tires.

The 370Z has grown quite old within Nissan's lineup and there's still on-and-off chatter that there will be a replacement in the future.

How long has the 370Z been around? This is the second time the model has received an anniversary package; 10 years ago, Nissan introduced a 40th anniversary edition car.