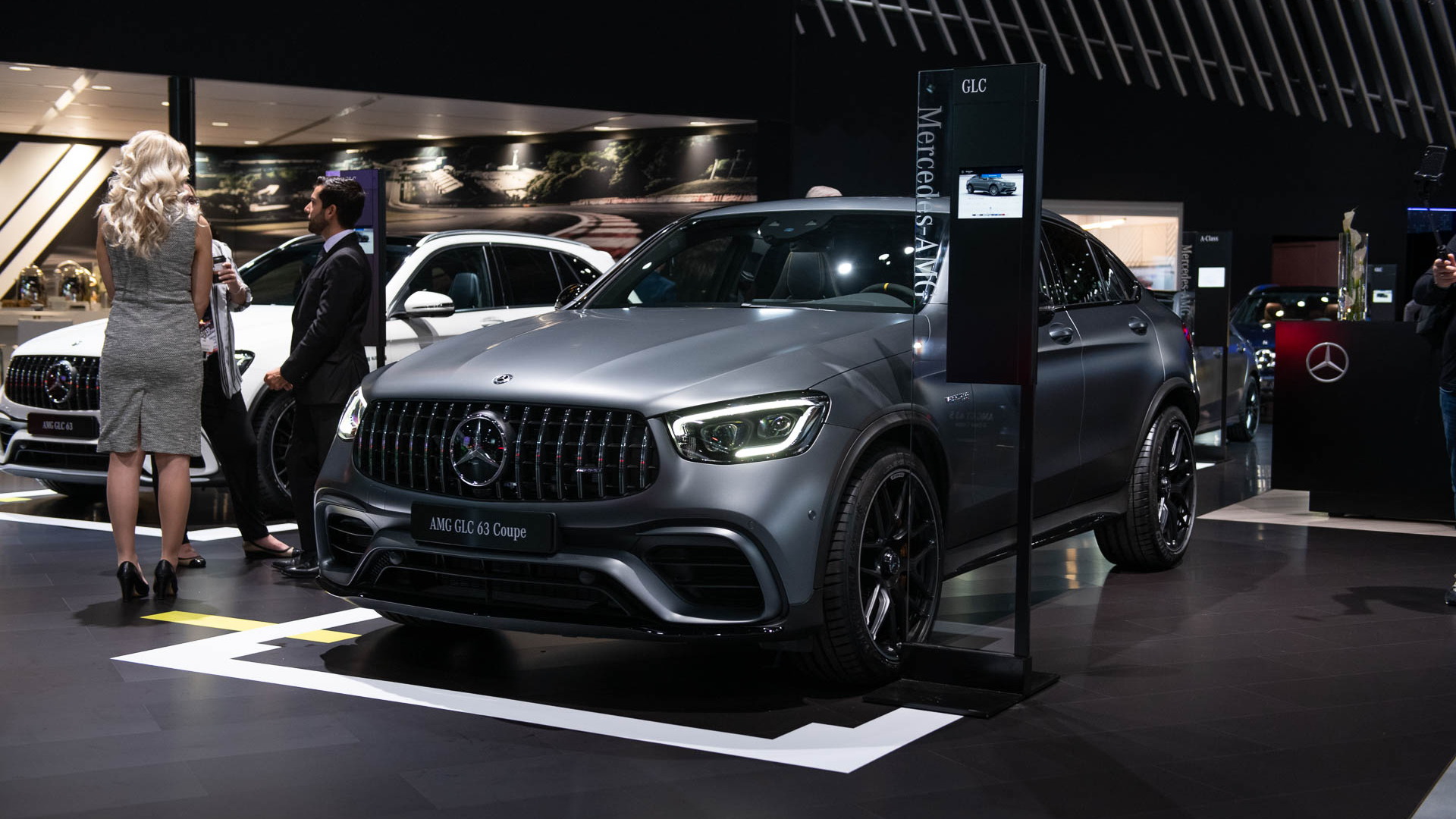 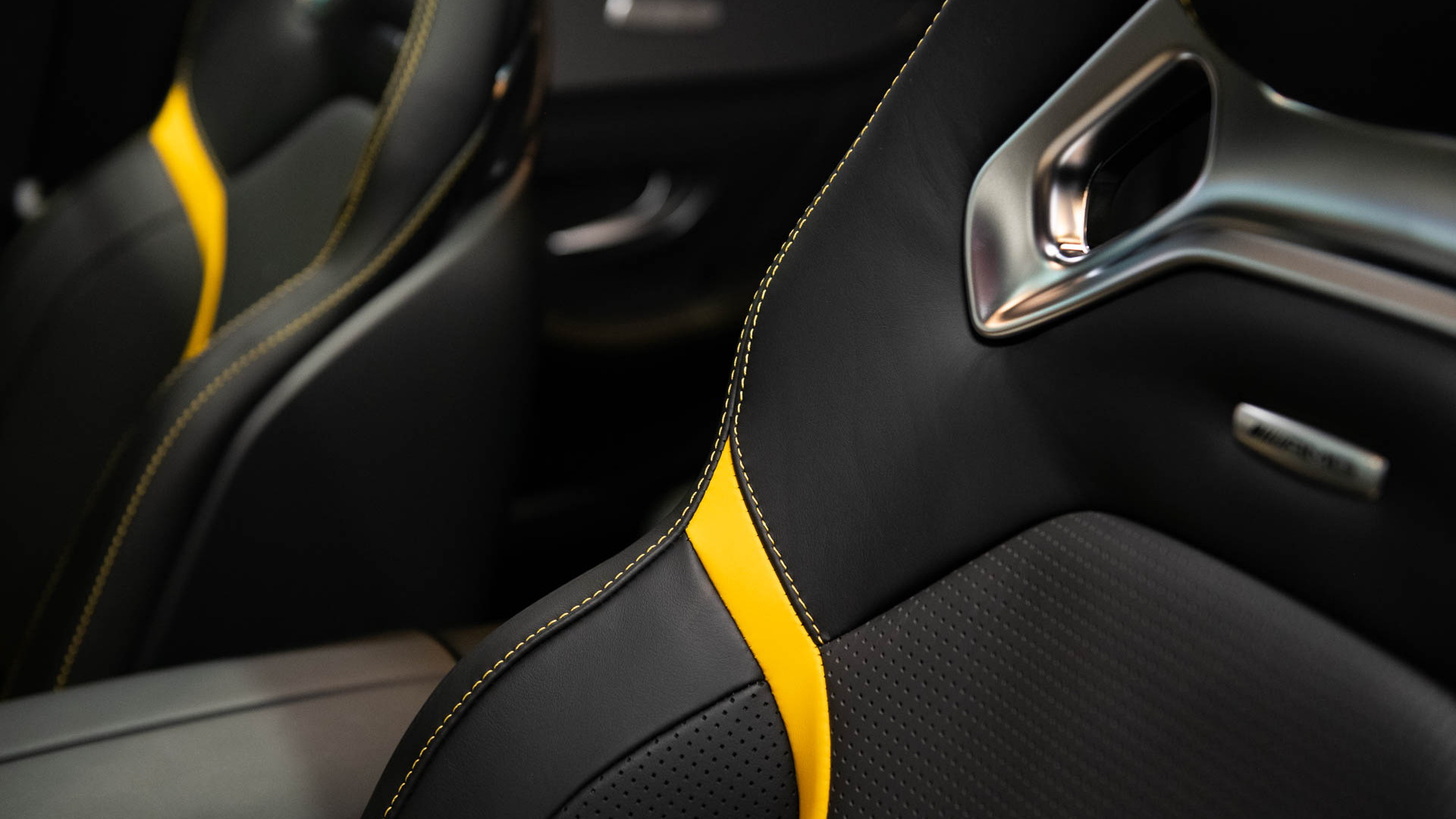 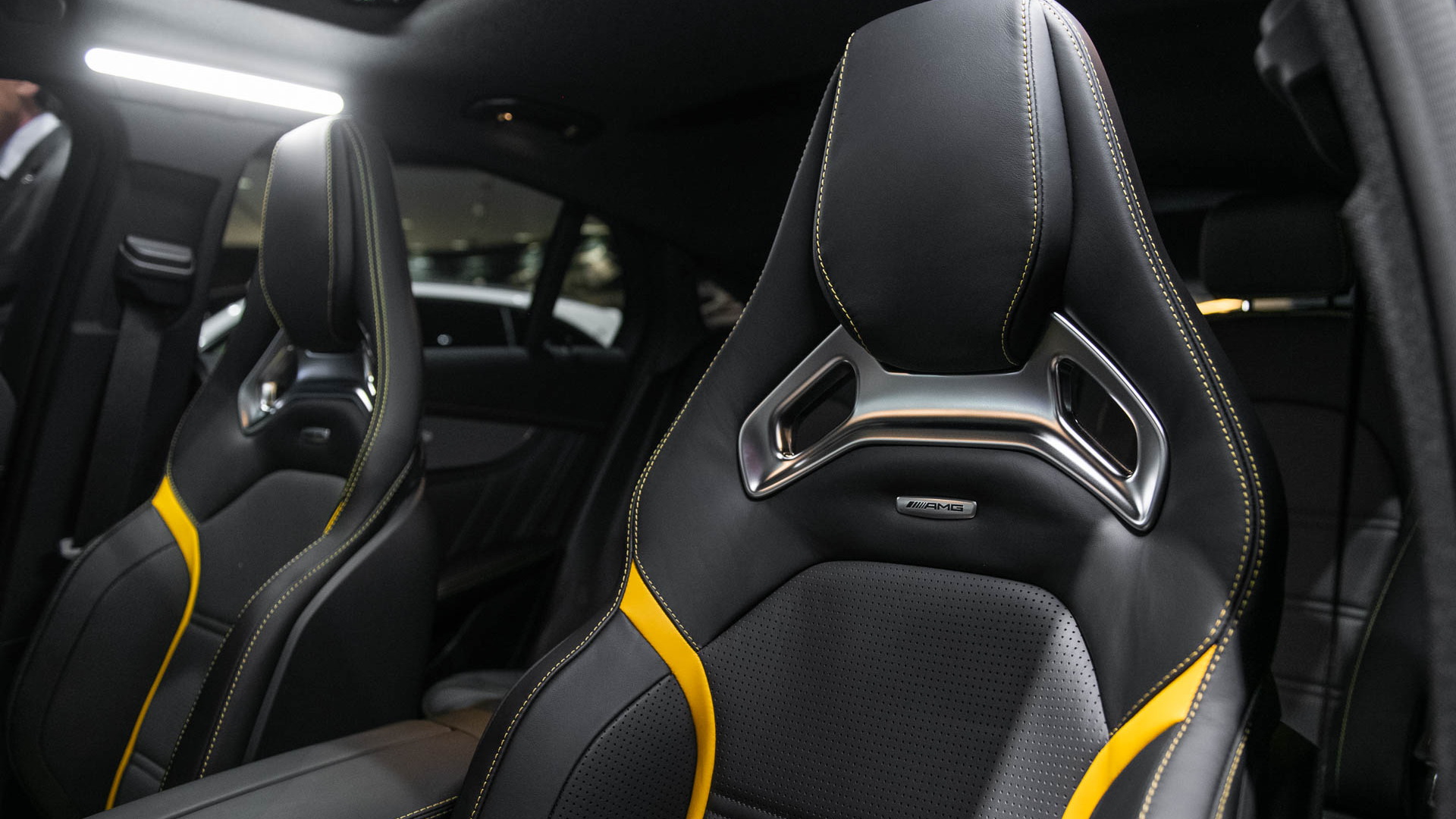 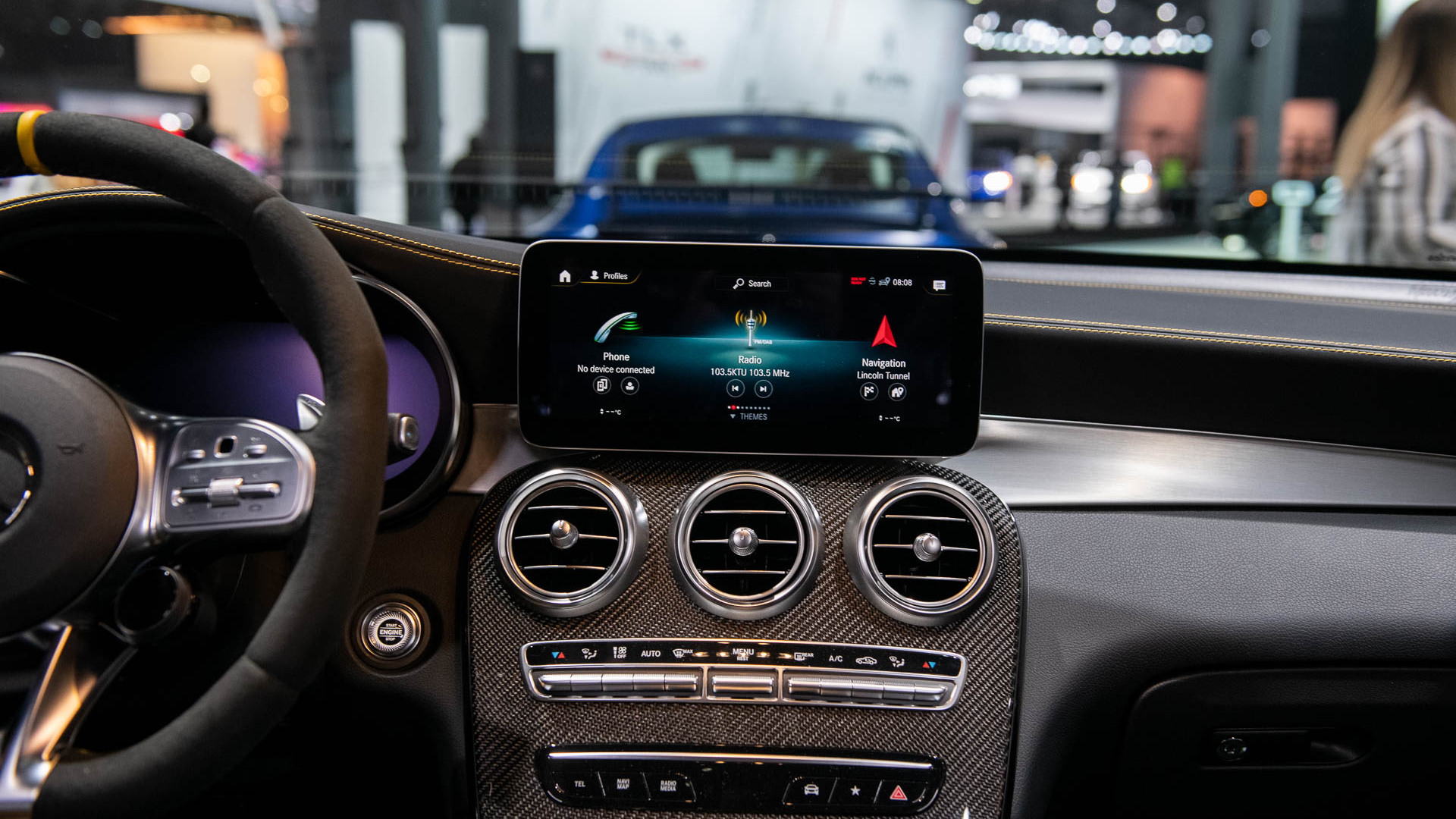 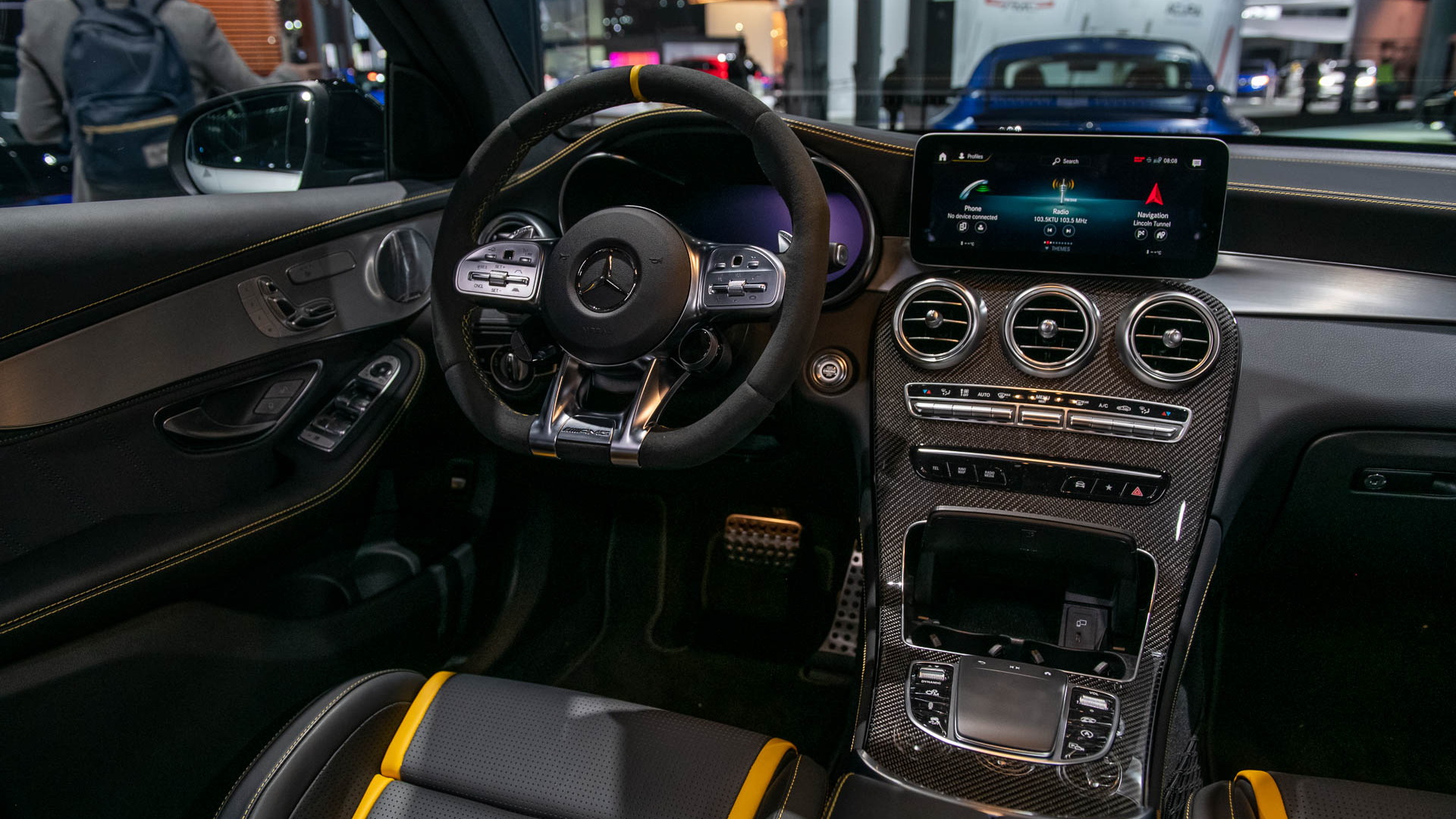 While Mercedes-Benz's star at this week's 2019 New York International Auto Show will be a redesigned 2020 GLS, the automaker will also show off updated versions of the smaller GLC and GLC Coupe.

More importantly, the Mercedes-AMG division will show its high-performance GLC63 and GLC63 Coupe models, which the tuner revealed on Tuesday.

We'll tell you straight up that there's no extra power from AMG's ubiquitous 4.0-liter twin-turbocharged V-8. Considering the current GLC63 in hotter S guise is still the fastest production SUV around the Nürburgring, with a time of 7:49:369, we're not complaining.

In GLC63 guise, the engine delivers 469 horsepower and 479 pound-feet of torque. Opt for the S, and output rises to 503 hp and 516 lb-ft. With the latter, you're looking at 0-62 mph acceleration in 3.6 seconds and a top speed of 174 mph. A 9-speed automatic and rear-biased all-wheel drive also forms part of the GLC63 package.

Sometime in the future, AMG should give the tamer GLC43 models a shot in the arm. Although they won't be in New York, we expect their 3.0-liter twin-turbocharged V-6 to be bumped to 385 hp, up from 362 hp currently.

So what does the update bring? There are some minor visual tweaks, including a slightly wider grille, a revised front fascia, and redesigned LED head and taillights. Inside, the updated GLC63 models feature a new steering wheel and the latest version of Mercedes' infotainment system, known as MBUX. The latest version can be controlled via a touchpad, touch-sensitive buttons on the steering wheel, natural-speak voice activation, and a new gesture control system. The latter is an available feature known as the MBUX Interior Assistant. It uses a camera that identifies certain hand movements as the driver or front passenger reaches for the central touchscren display.

There are some mechanical mods, too. An electronically controlled differential lock is now standard across the range and the AMG-specific driving modes selector has been enhanced with a new mode for slippery conditions.

The GLC remains a strong seller for the German luxury brand, which moved 48,643 of them from dealers to driveways in the United States last year. The success reflects the rather minor changes introduced for the updated 2020 range, which reaches showrooms in late 2019.

The New York auto show opens its doors on Wednesday. To follow our coverage, head over to our dedicated hub.