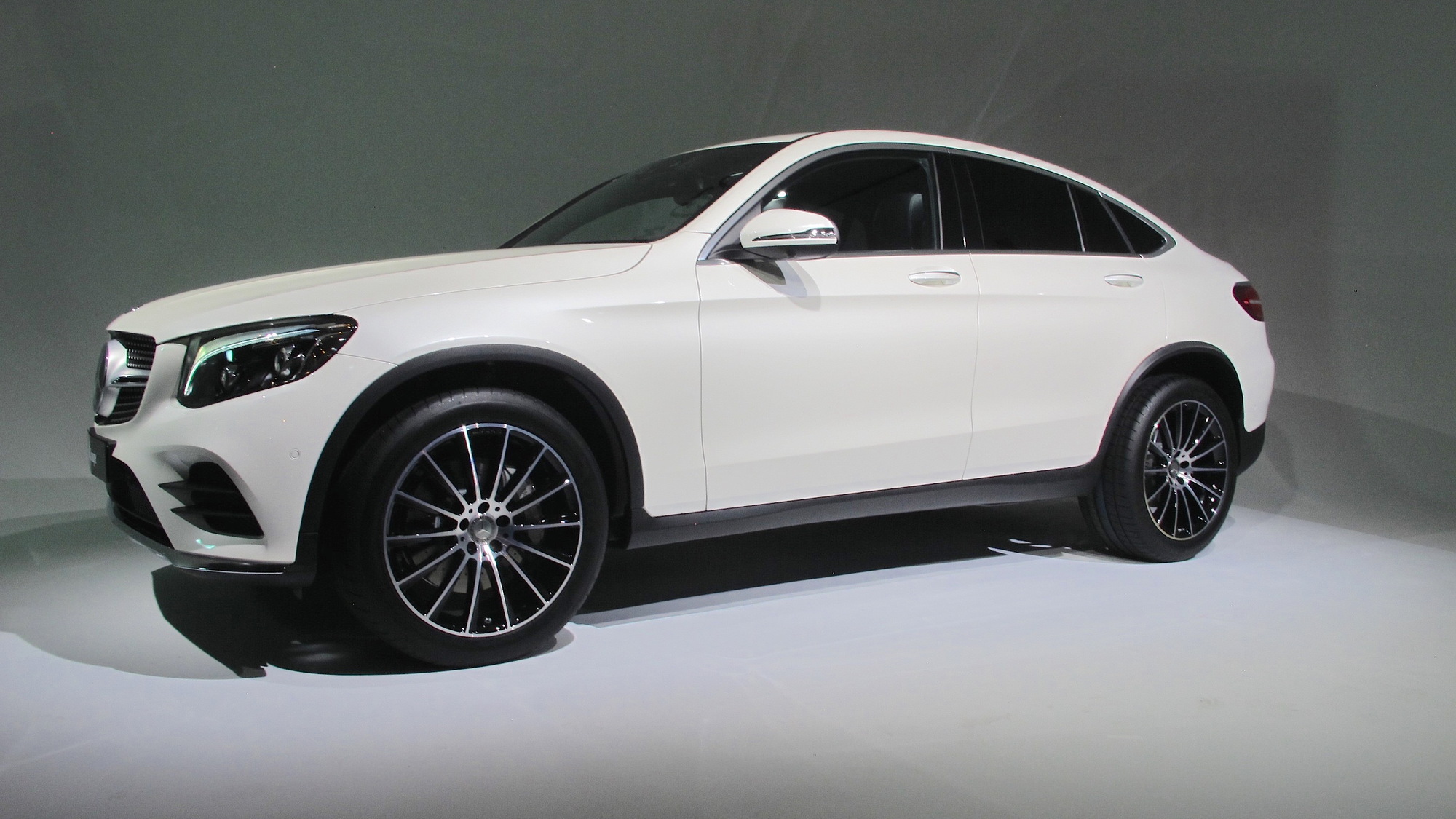 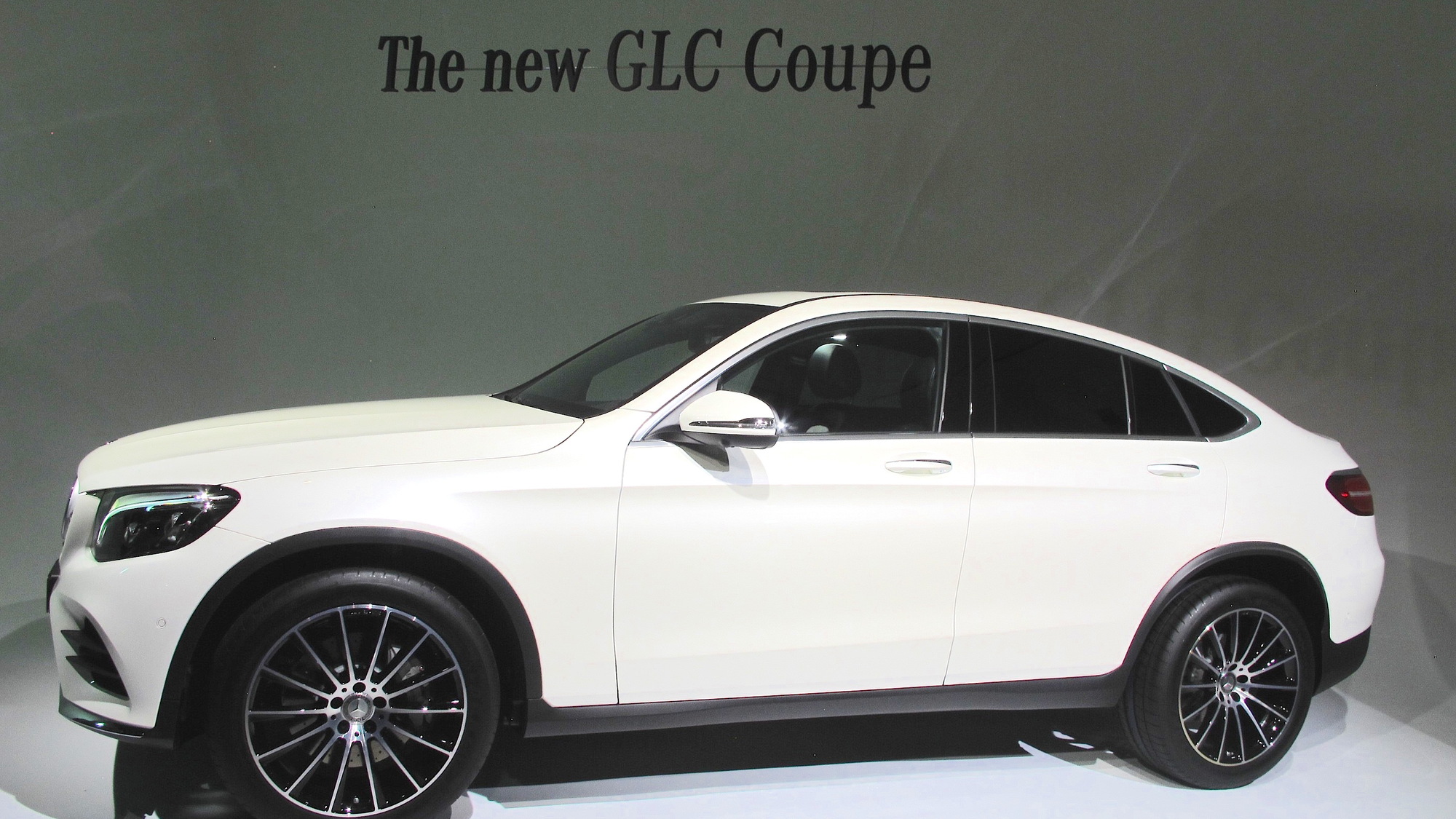 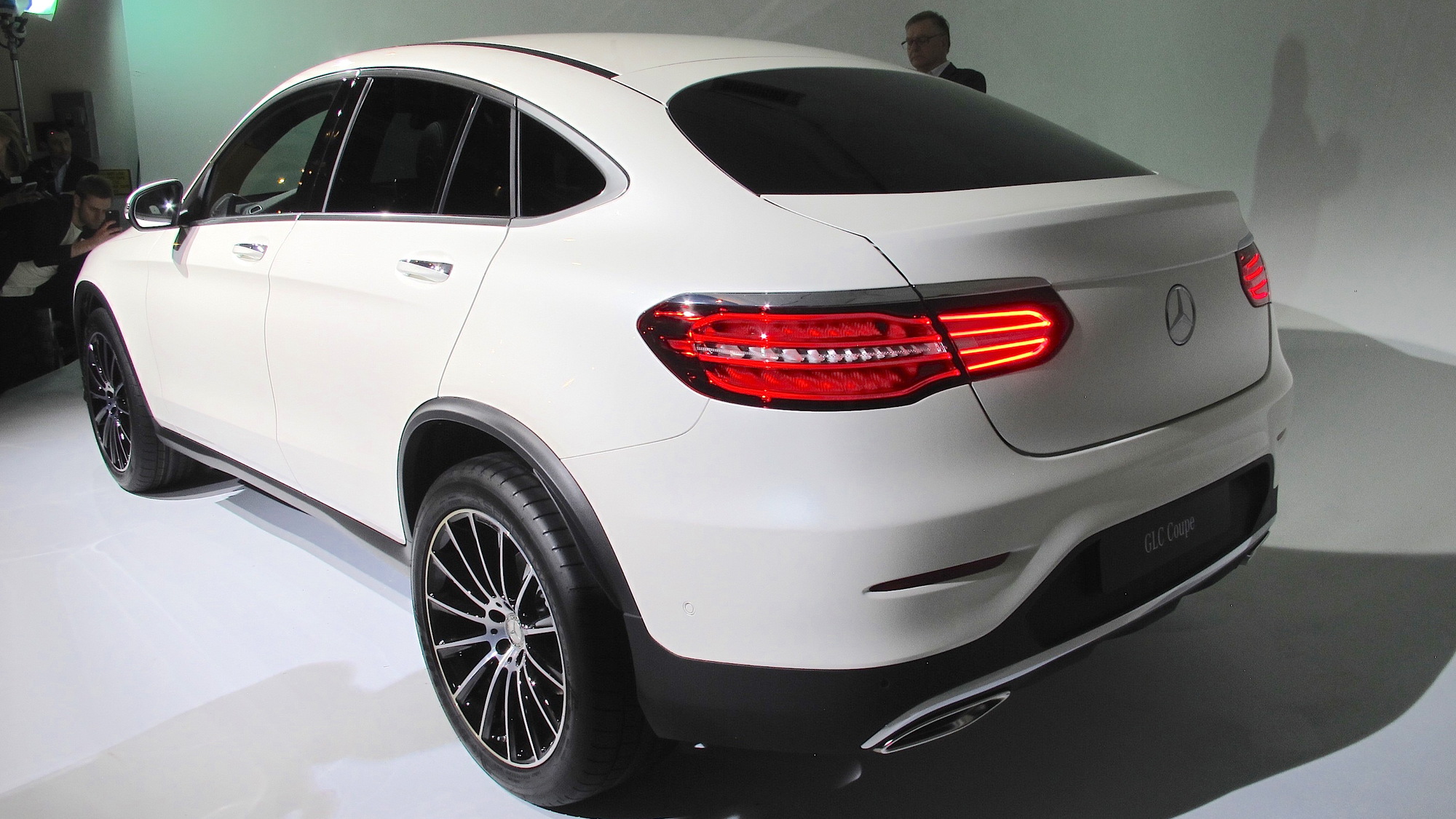 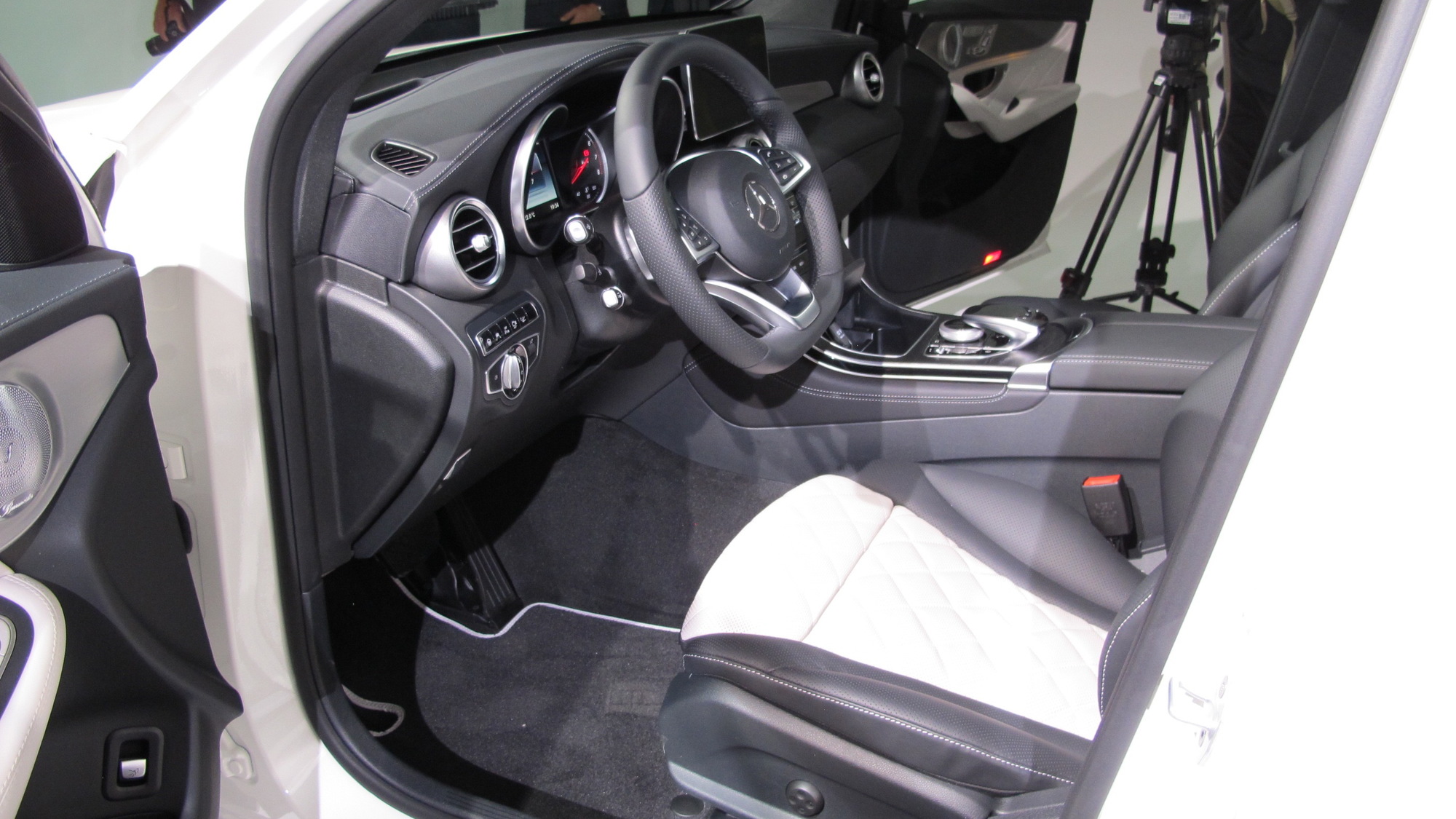 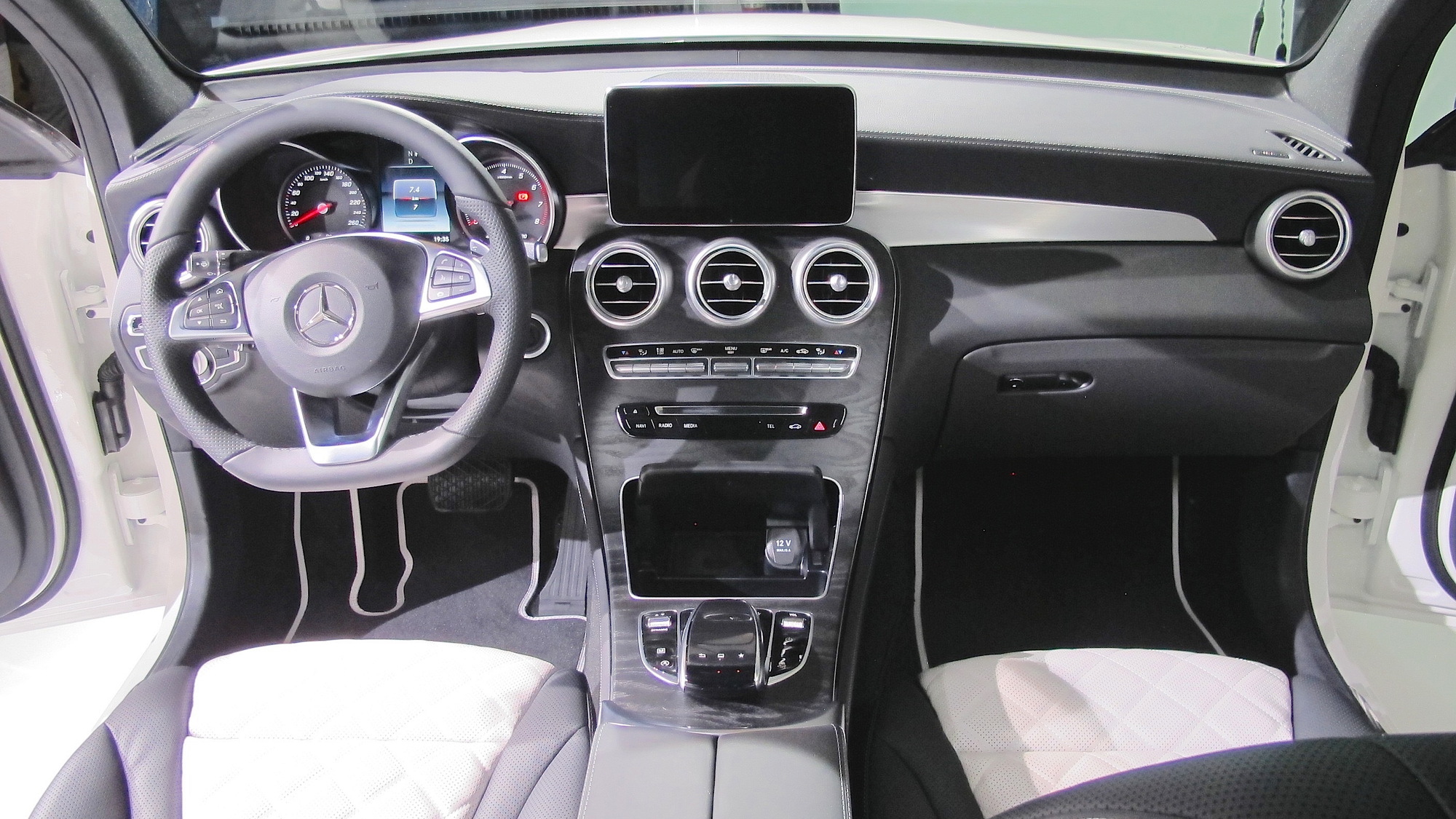 Mercedes has a hit on its hands with the GLC-Class crossover SUV. The replacement for the GLK, the GLC has moved to softer lines and a more upscale interior. The result is a quite likeable crossover with refined good looks, a smooth ride, and an elegant cabin. But if one version works, why not more?

At the New York International Auto Show, Mercedes dropped two new versions of the GLC on buyers, the GLC Coupe and the sporty GLC43 AMG.

The GLC Coupe trades some headroom and cargo space for a more handsome profile. Think of it as Mercedes' version of the BMW X4.

The GLC will be offered in two models. The GLC 300 Coupe will be powered by a 2.0-liter turbocharged inline-4 with 241 horsepower. It will send that power through a 9-speed automatic transmission to all four wheels via Mercedes' 4MATIC all-wheel-drive system.

Though we didn't see it in New York, the GLC Coupe will also be offered as the GLC43 AMG Coupe.

Mercedes did show the standard version of the GLC43 AMG, though.

Like other "43" models, both GLC43s will feature a twin-turbocharged V-6 putting out 362 horsepower and 384 pound-feet of torque. Again, a 9-speed automatic transmission and all-wheel drive will be standard, but this version of 4MATIC employs a sporty 31/69 front/rear torque split. For quicker shift times, the transmission adds a Sport Plus mode that other GLC models lack.

Mercedes says the GLC43 AMG can sprint from 0 to 60 mph in 4.8 seconds on its way to a top speed electronically limited to 155 mph.

Dynamically, the 43 models will be the sportiest of the GLCs. An air suspension and adaptive dampers will be standard. Stiffer bushings and more negative camber at all four wheels  will also aid handling, while bigger brakes will increase stopping power.

Inside, the GLC43s get an AMG instrument cluster with a checkered flag design and a 180 mph speedometer, a flat-bottom sport steering wheel, and standard sport seats.

The standard version of the GLC43 AMG goes on sale by the end of the year, while the GLC Coupes will arrive early next year.

For more on the Mercedes-Benz GLC, read the in-depth reviews at The Car Connection.