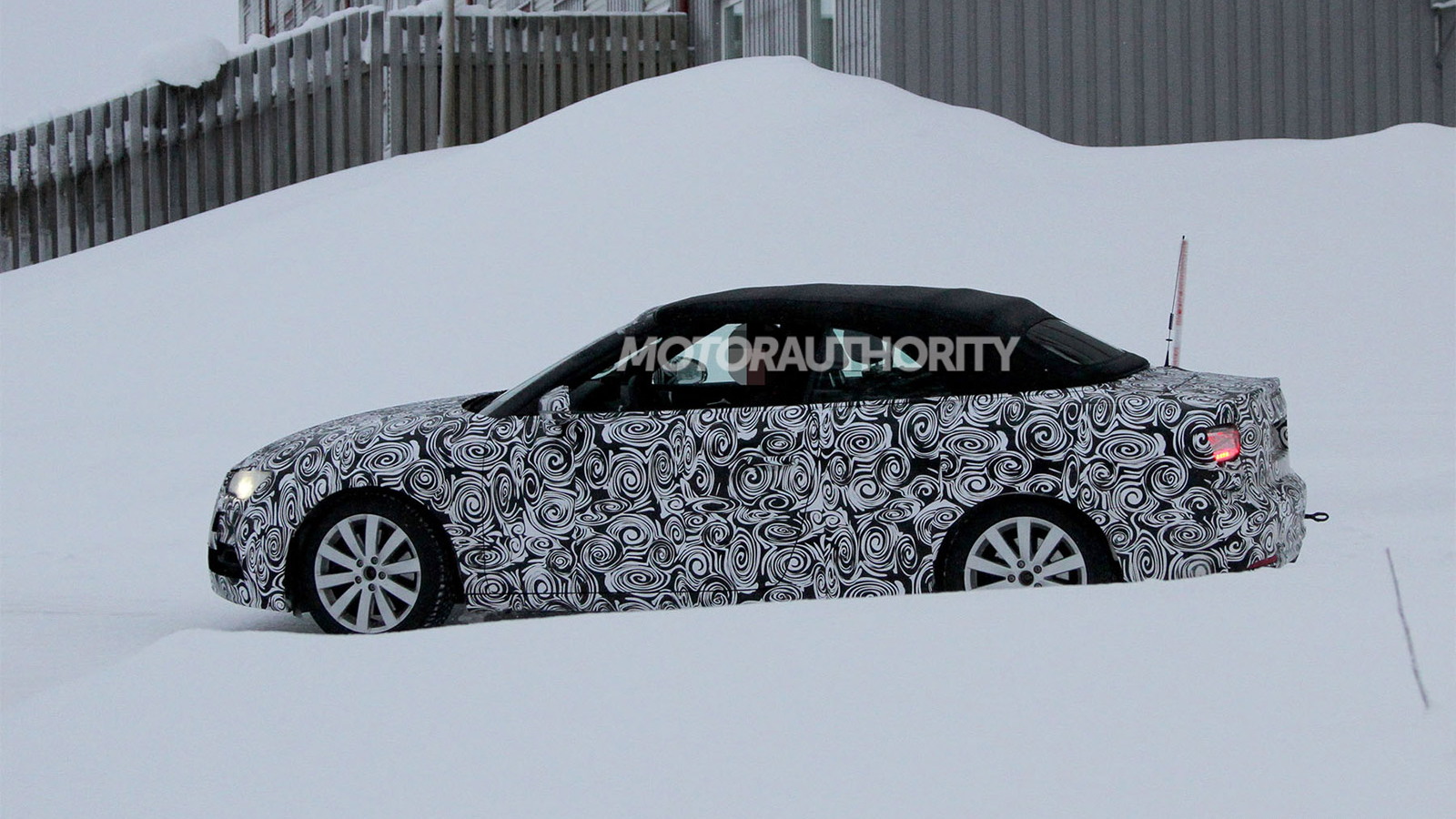 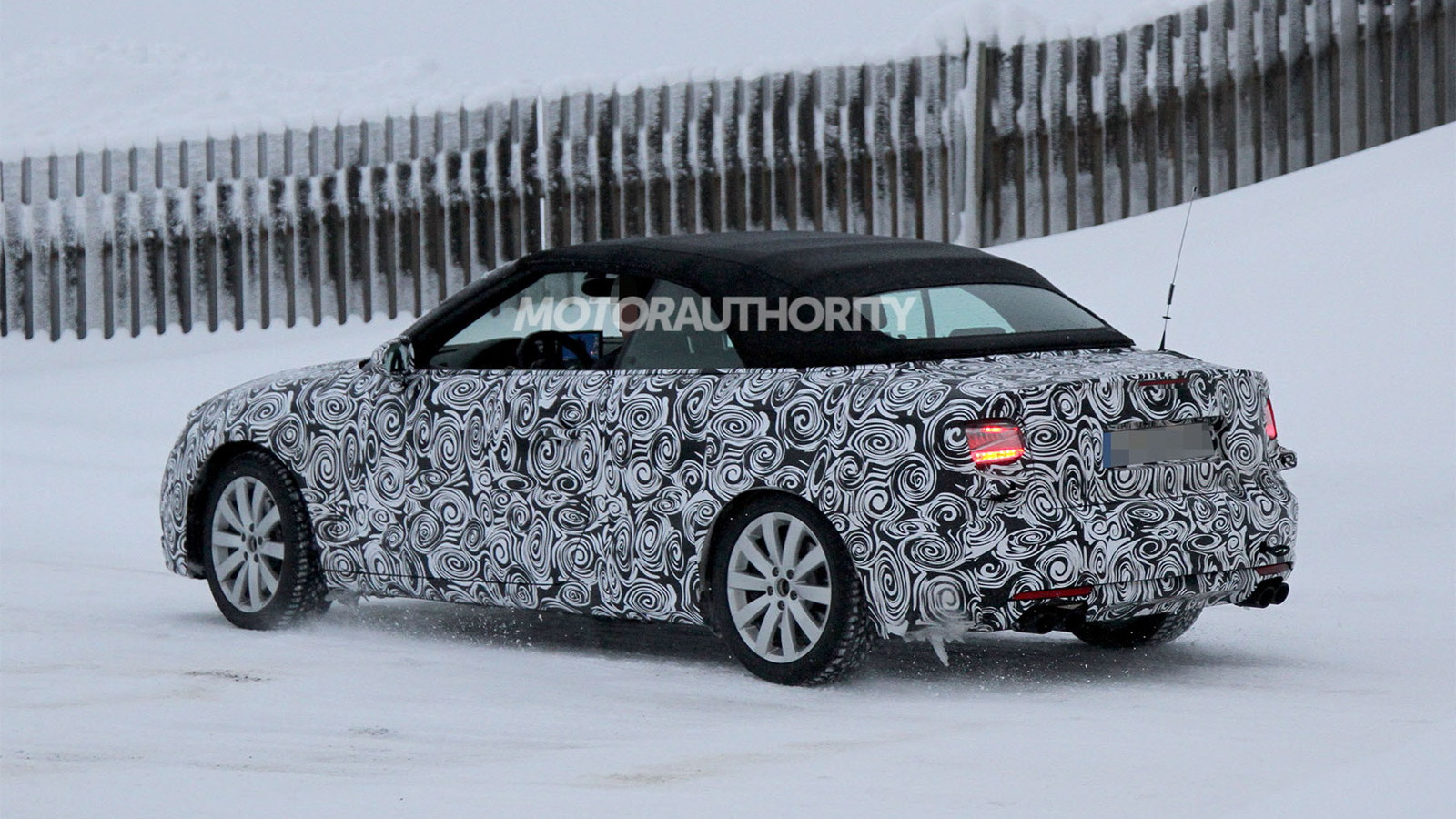 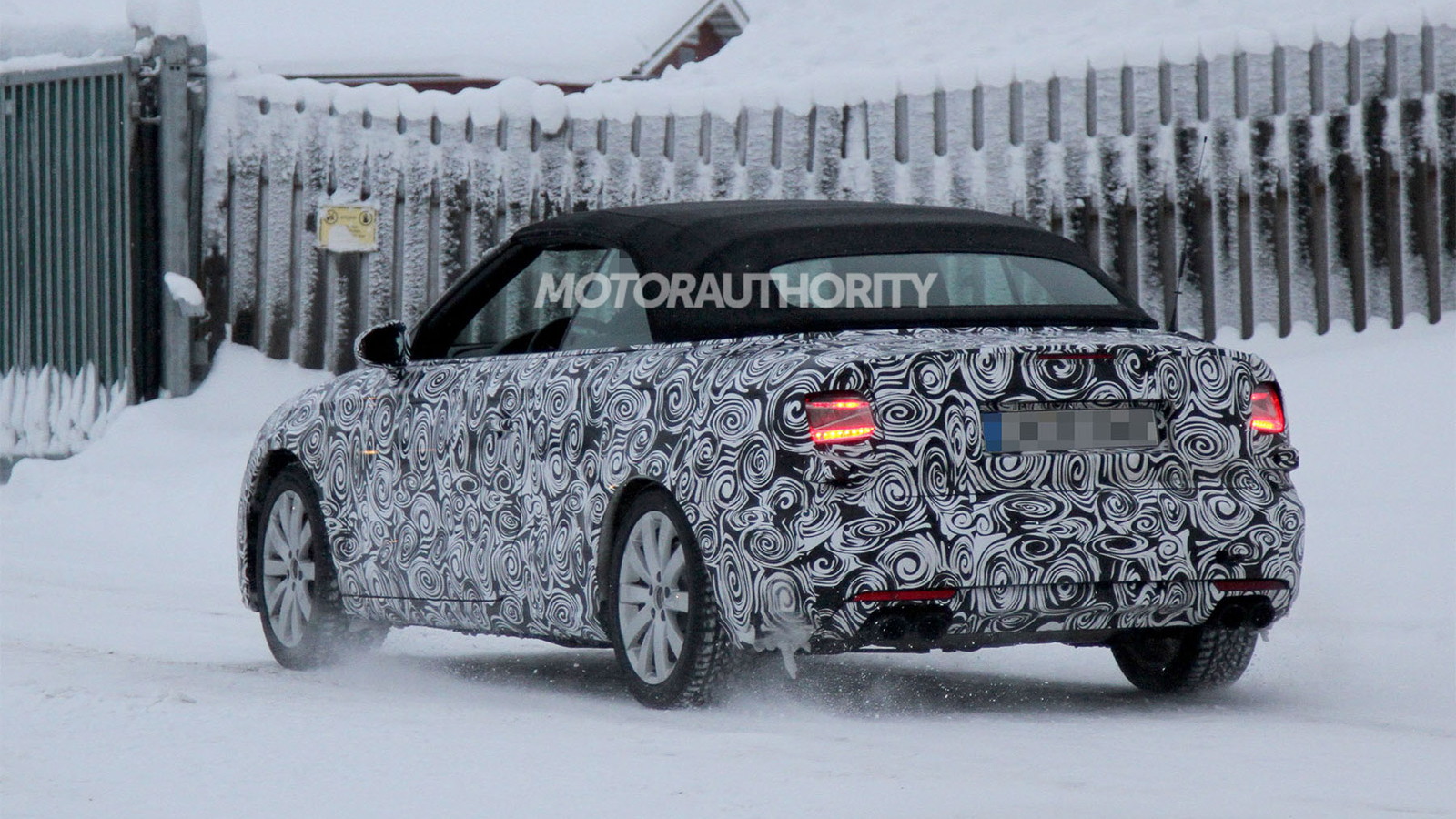 3
photos
Just last week we brought you spy shots of the new Audi A3 sedan, undergoing on-the-road testing in its vinyl camouflage wrap. This week, our spy photographer has captured images of its faster, open-air brother, the upcoming Audi S3 Cabriolet.

While the car looks startlingly similar to the A3 Cabriolet we showed you spy shots of yesterday, the tip-off that something wicked this way comes is the S3 Cabrio’s quad exhausts (as opposed to dual exhausts on the A3 Cabrio), as well as the S3’s bigger wheels and brake rotors.

It’s not clear what markets the S3 Cabriolet will be sold in, since (for now) Audi is only confirming the A3 sedan for the United States. It’s likely the S3 sedan will follow, and our best guess is that the S3 Cabriolet and S3 Sportback (a five-door hatchback variant) will eventually make it to these shores as well.

Expect the S3 Cabriolet to use the same turbocharged 2.0-liter TFSI engine as other S3 variants, rated at 296 horsepower and 280 pound-feet of torque. Peak torque in on tap from just 1,800 rpm, meaning that the car will pull hard from launch through its 6,800 rpm redline.

We’d expect to see a six-speed manual transmission as an available option, too, and like every other Audi S model, quattro all-wheel drive will be standard on the S3 Cabriolet.