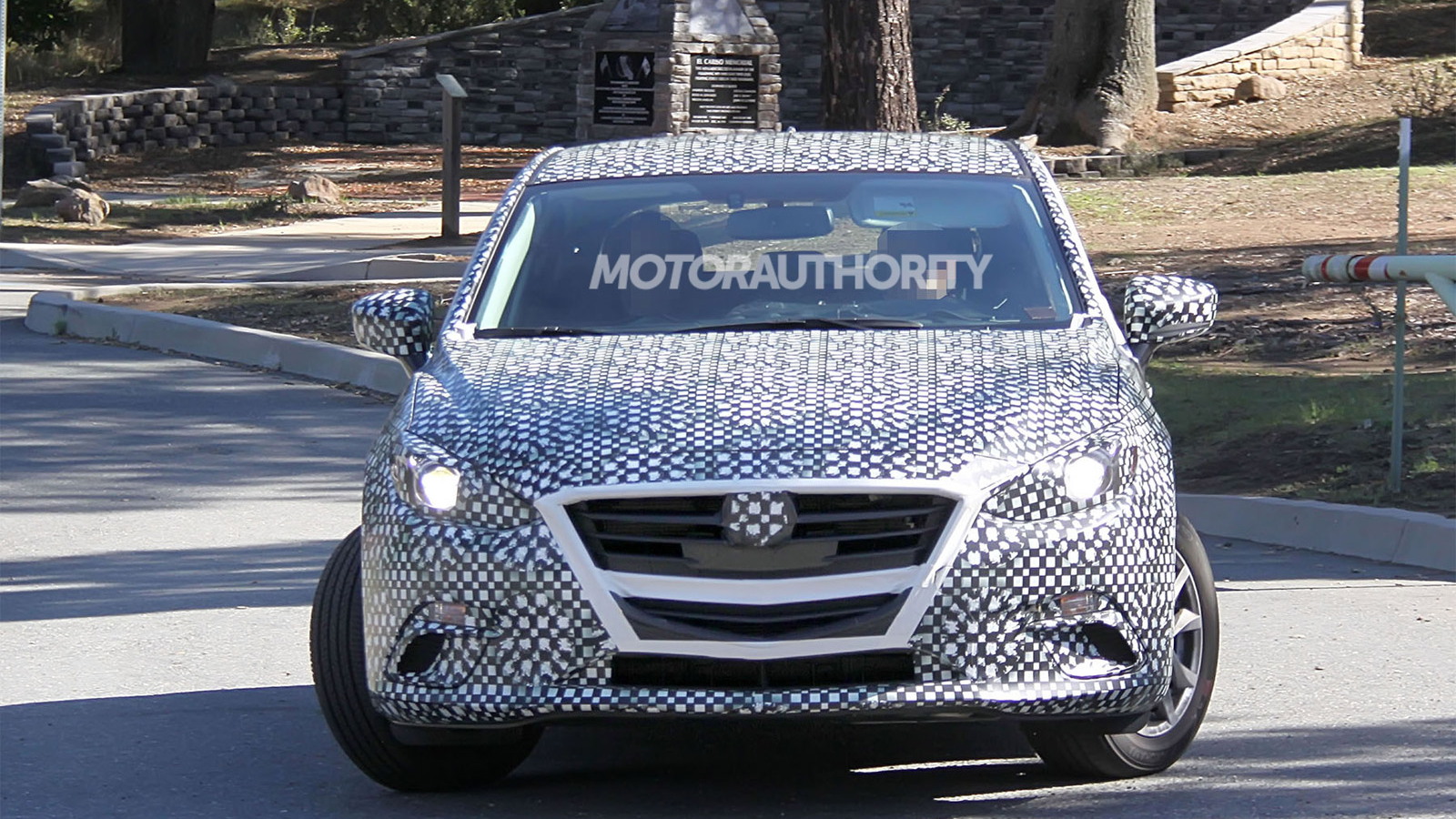 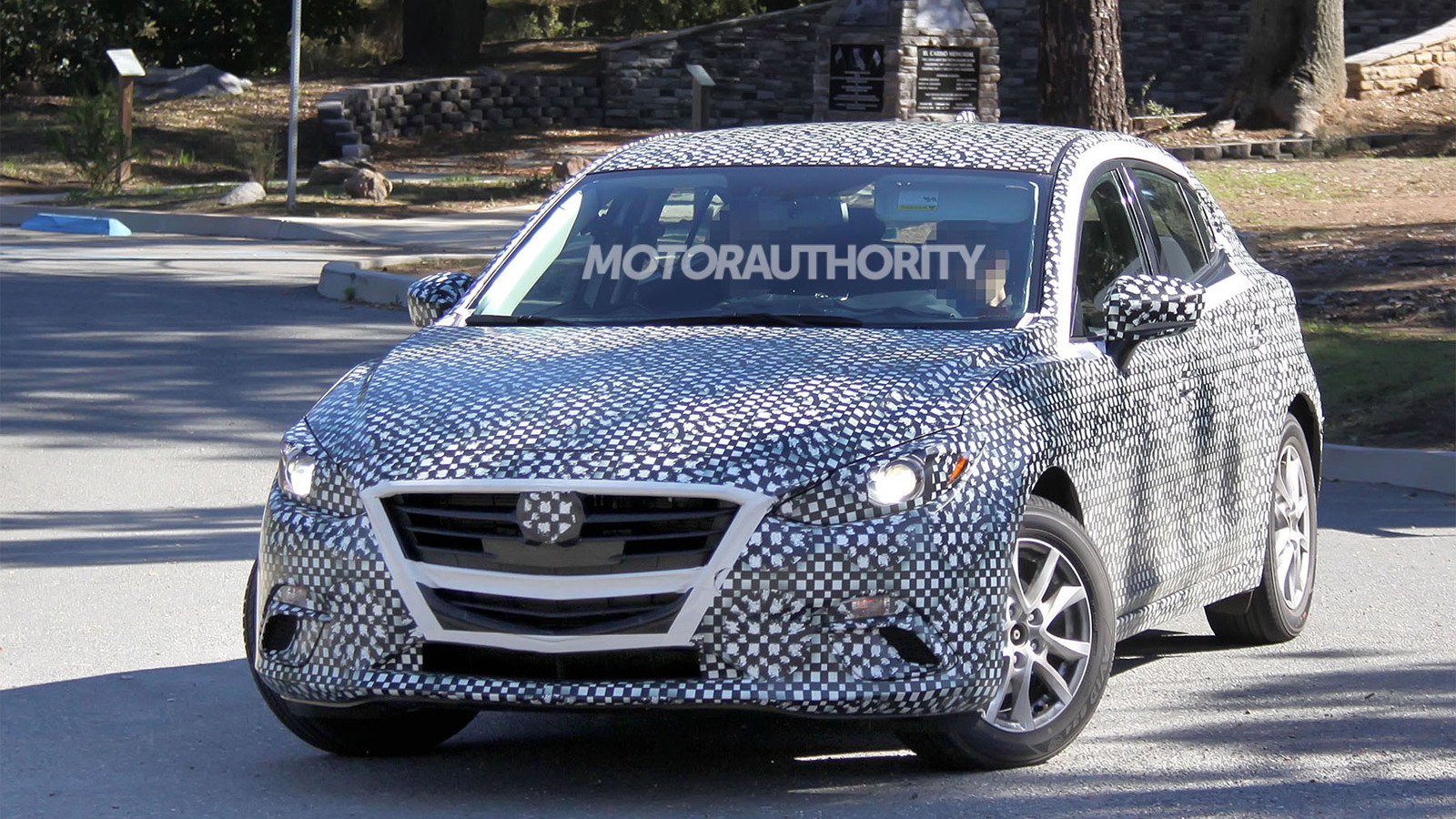 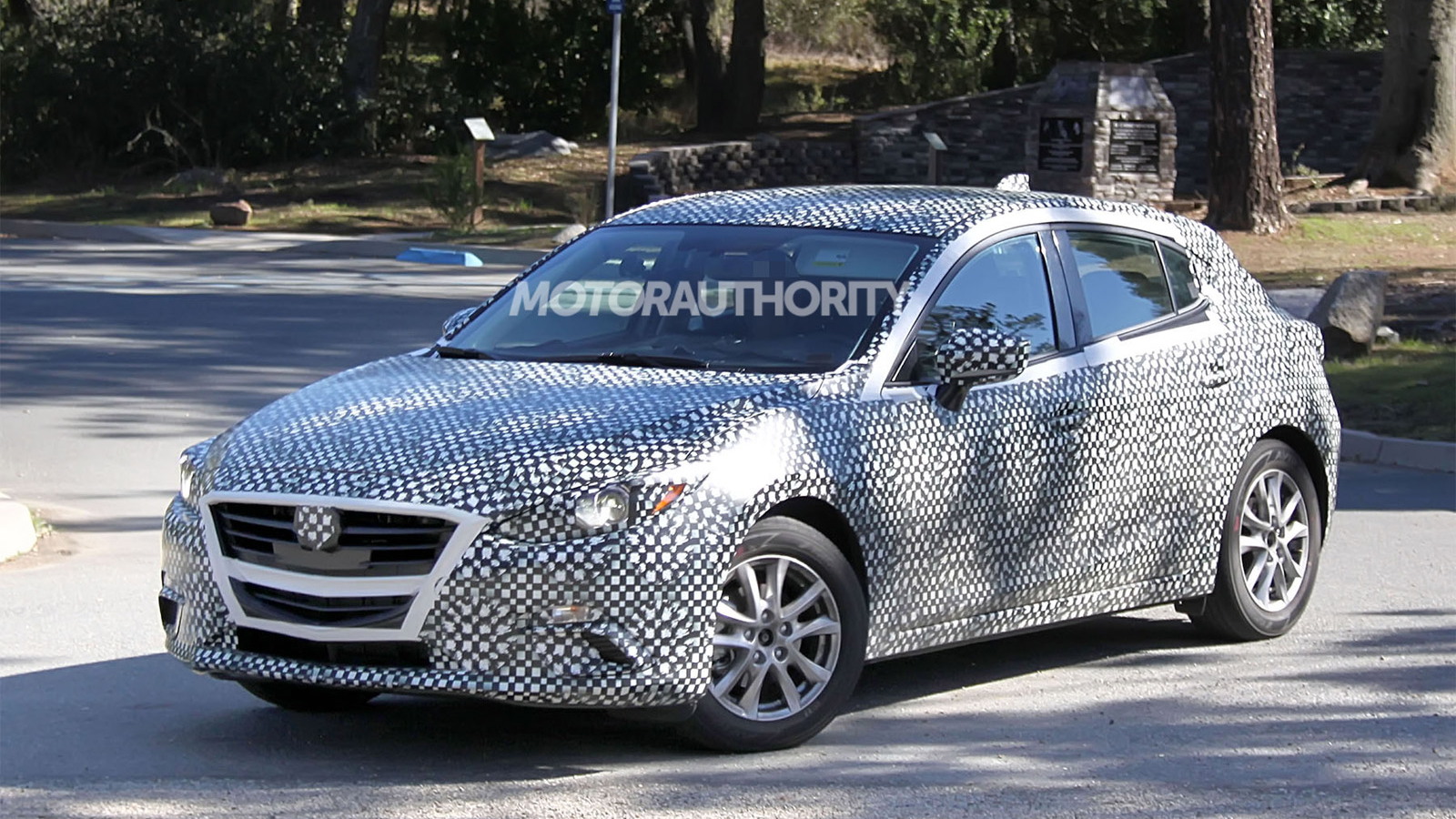 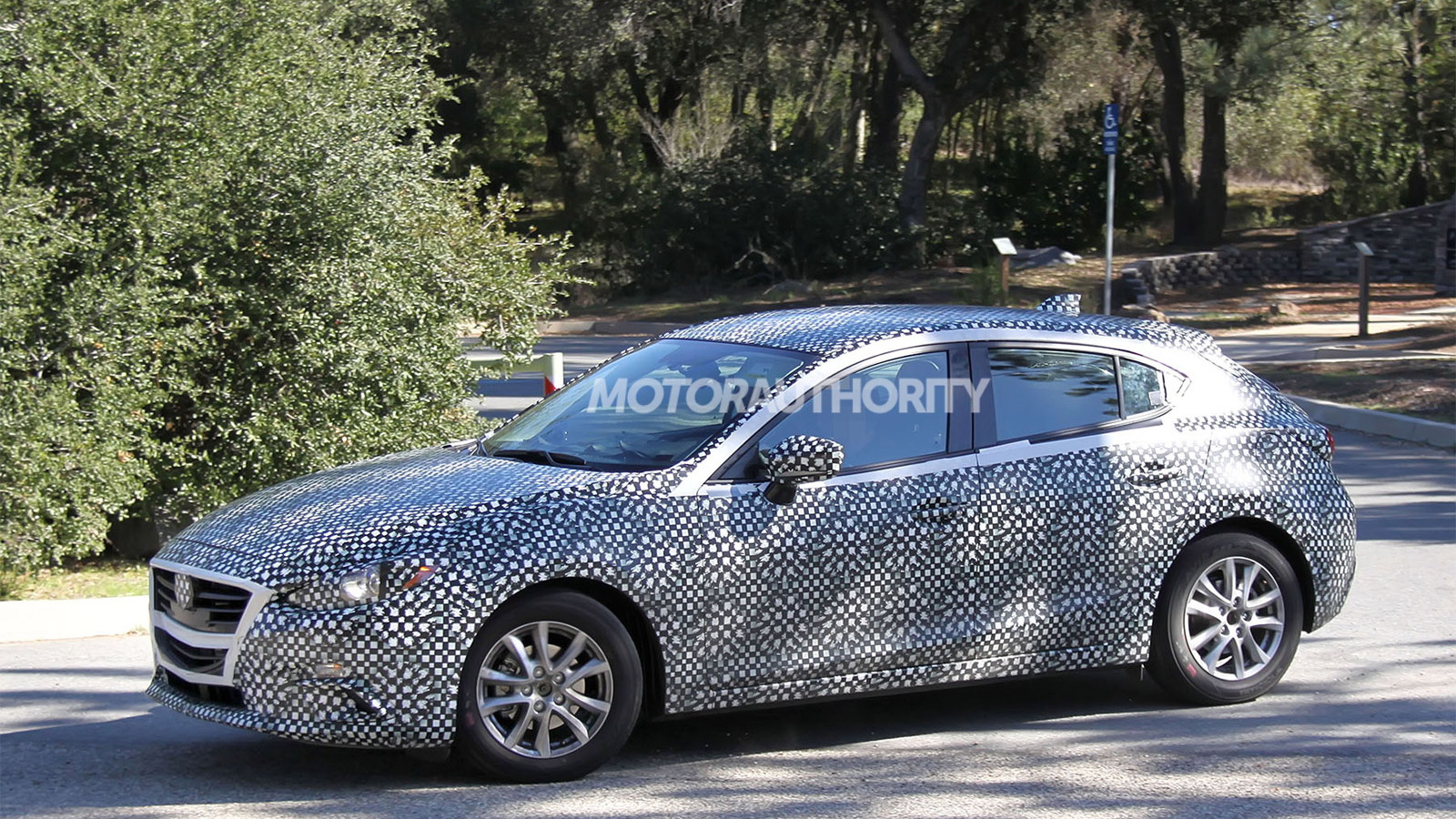 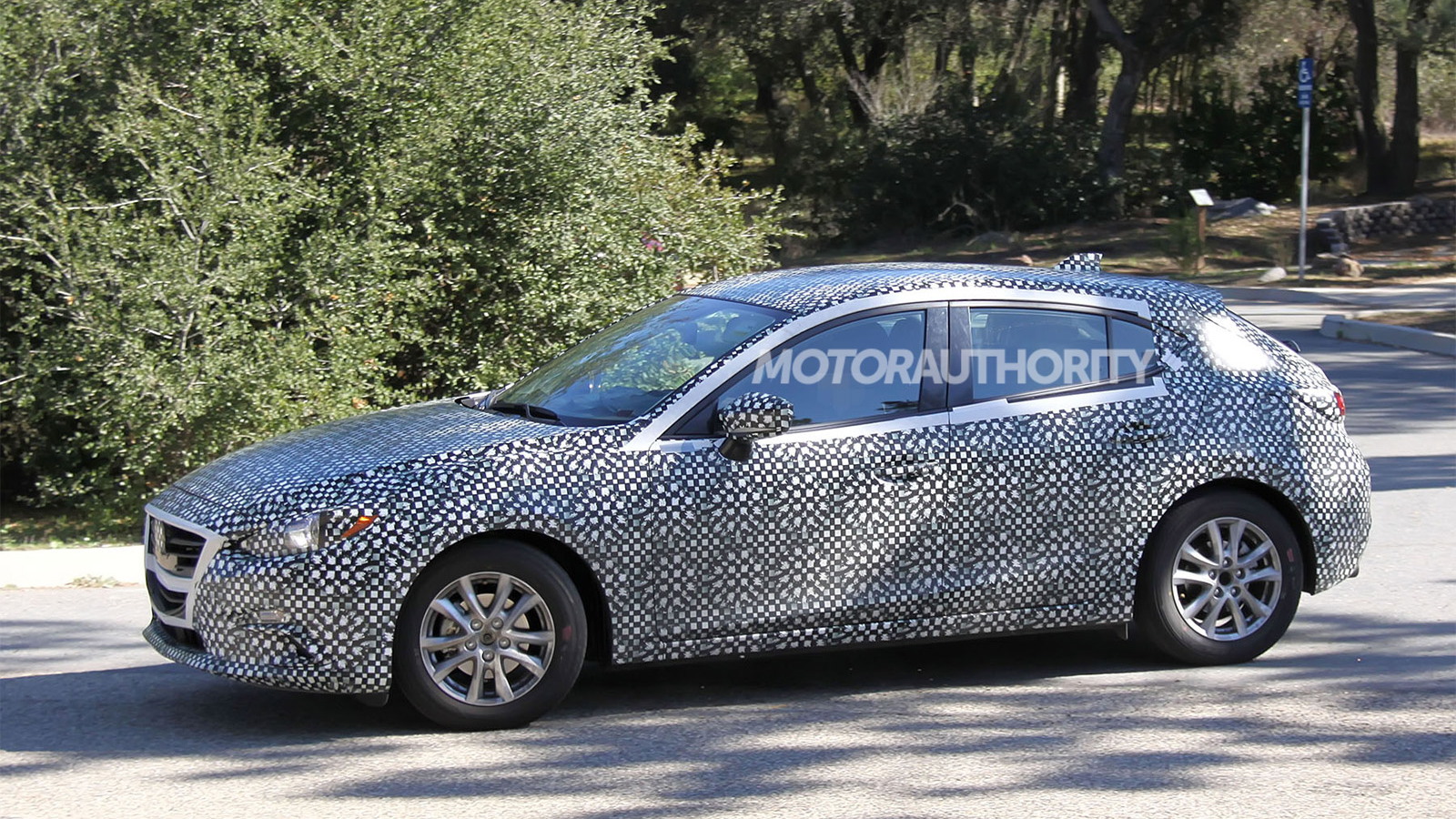 9
photos
Mazda is readying its next-generation Mazda3 Hatchback and Sedan for debut this coming year, with the new range expected to arrive as 2014 models.

These latest shots, depicting a prototype of the hatchback variant, reveal Mazda designers are going with the same styling theme applied to the 2014 Mazda6.

Thankfully, Kodo has done away with Mazda’s former smiley-face grille. Another key change is the movement of the side mirrors from the corner of the windows, like on the current model, to the side of the doors.

The 2014 Mazda3 is shaping up to be one handsome ride and should help boost Mazda’s sales.

Under the new sheet metal is a shortened version of the platform underpinning the CX-5 and Mazda6. Thanks to lightweight construction methods, such as the use of ultra-high tensile steel, the 2014 Mazda3 should be substantially lighter than the model it replaces.

This will translate into improved handling and dynamics, and better fuel economy.

It’s not clear yet what Mazda’s plans are for the high-performance Mazdaspeed version, but some form of forced induction is likely once again.

While the current model is produced in Japan, the new 2014 Mazda3 will be manufactured at a plant in Mexico. The starting price should remain at around $18k.

Look for a reveal of the 2014 Mazda3 later this year, with sales to start early next.