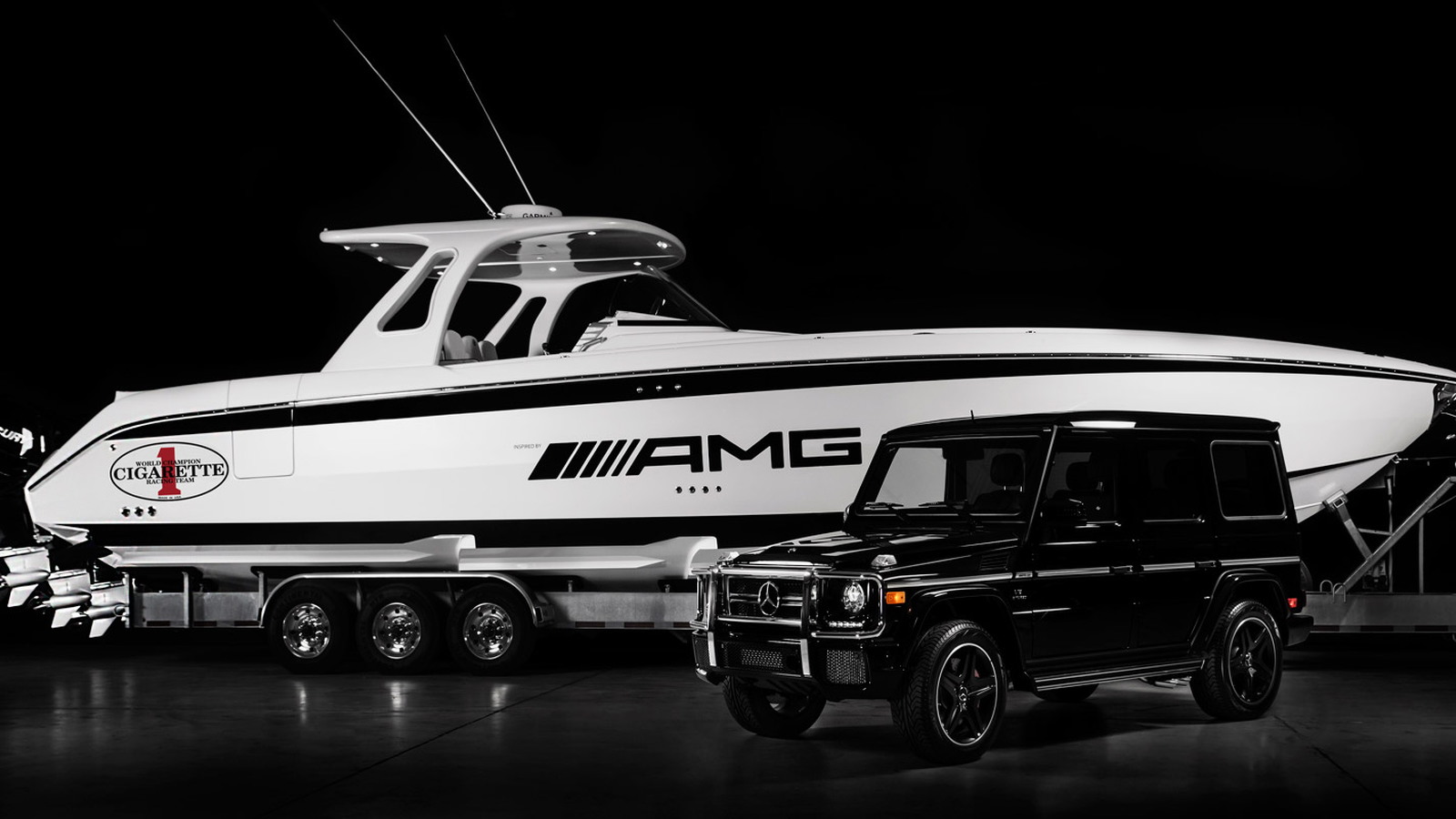 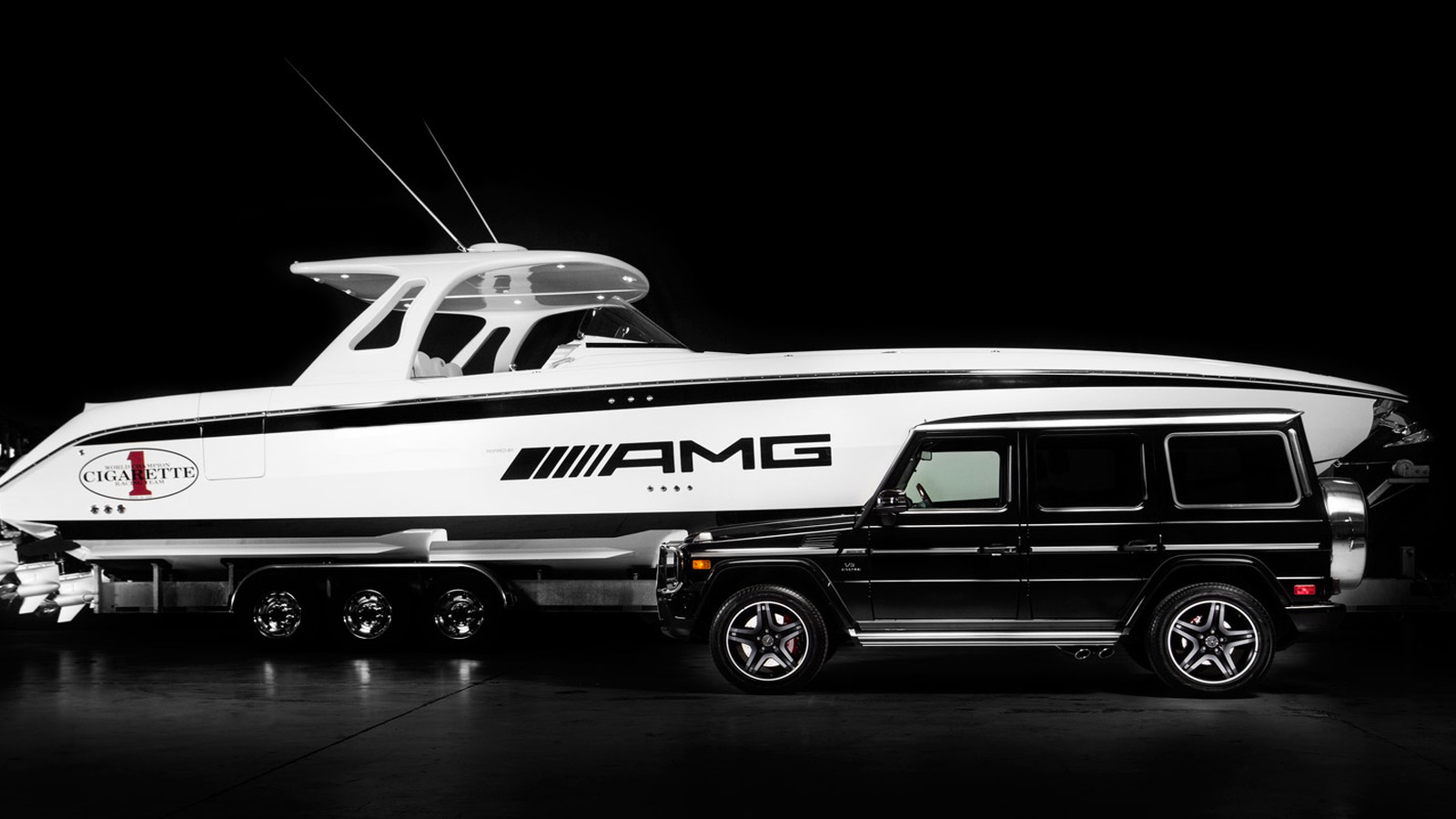 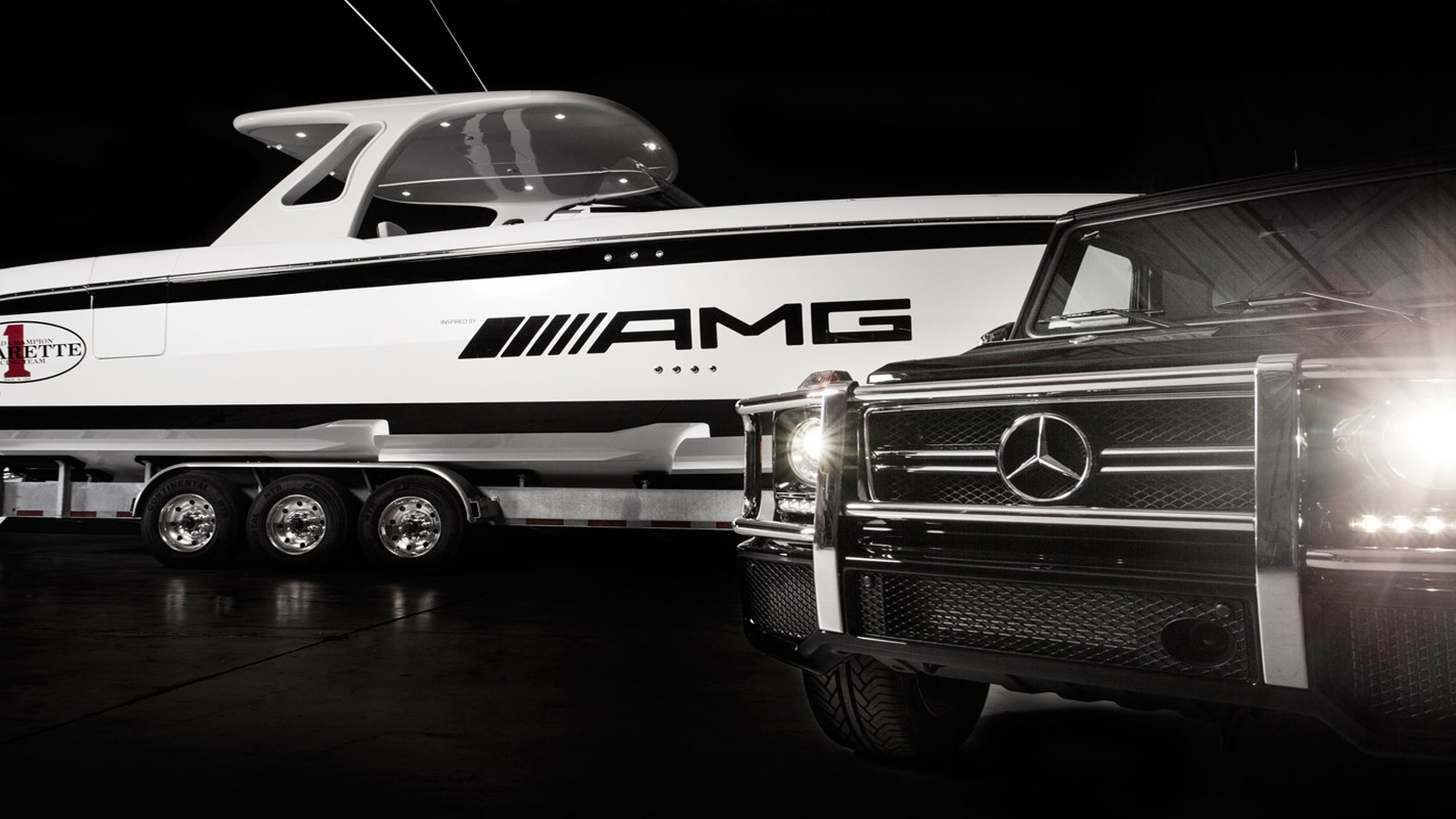 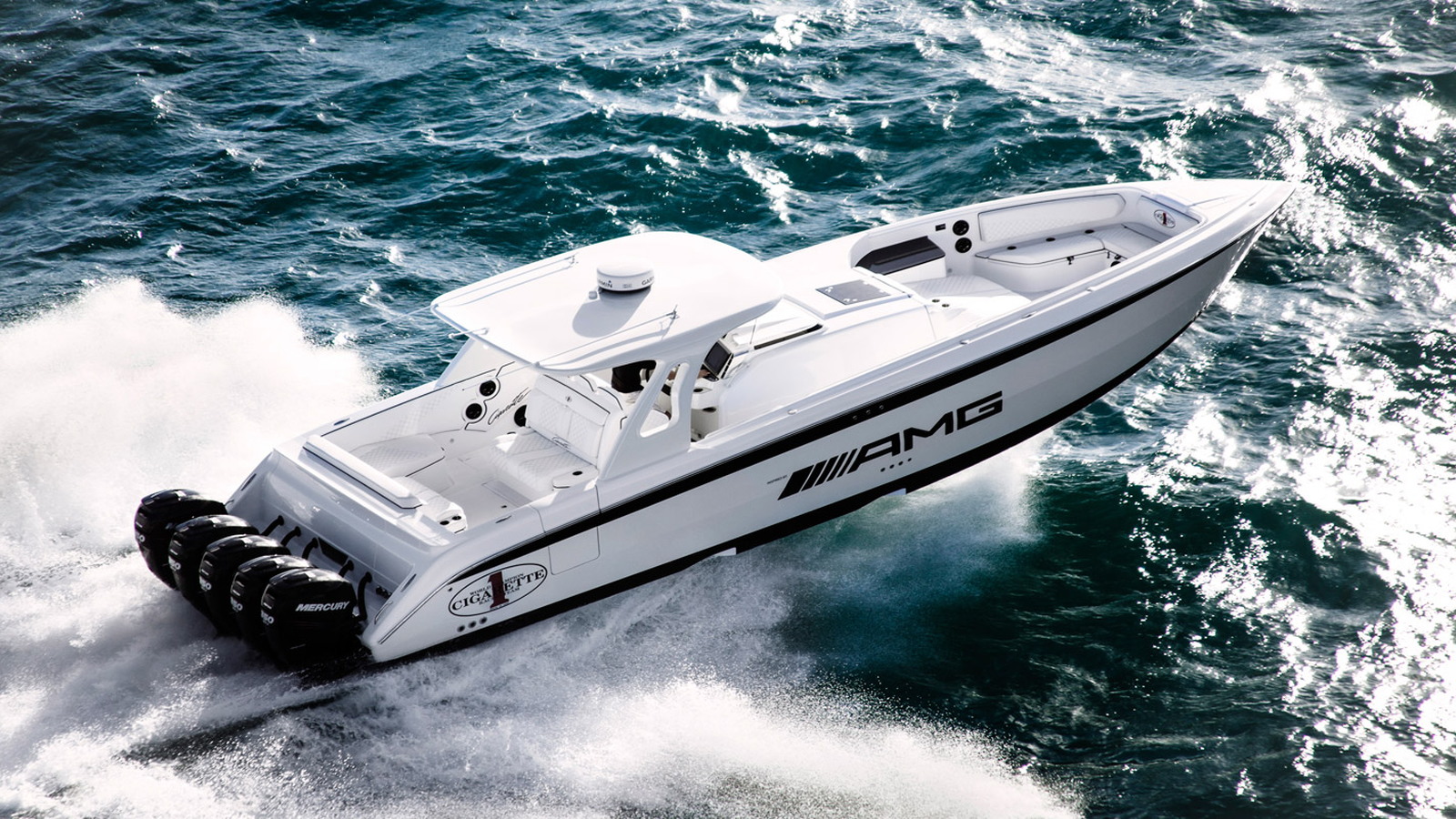 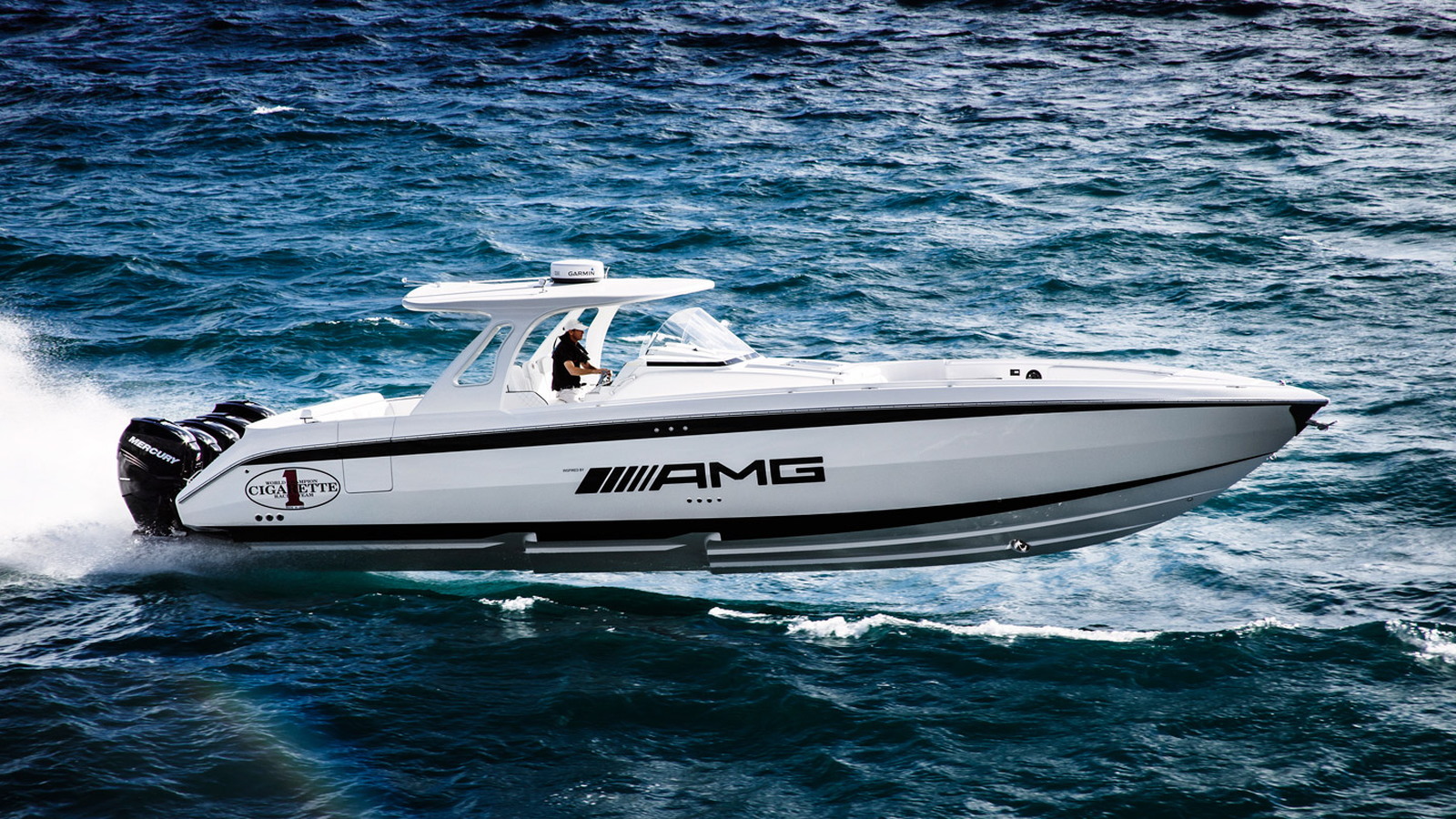 14
photos
Custom boat builder and racer Cigarette Racing, based in Miami-Dade County, Florida, is set to debut a new version of its signature performance boats, the 42-foot Huntress.

Why are we reporting on a boat? Because, like its previous 46-foot Rider XP and 50-foot Marauder, the design of Cigarette Racing’s new Huntress has been inspired by a vehicle from the Mercedes-Benz AMG lineup.

After first looking at the SLS AMG and C63 AMG Coupe, Cigarette Racing turned to the Mercedes-Benz G63 AMG for inspiration for its latest boat.

In particular, the design goal for the Huntress was to combine Cigarette Racing’s performance hull with a lavish cabin and entertainment-centric deck, which means, just like the G63 AMG, the boat can reach impressive speeds while offering plenty of luxury and space.

Another common trait, according to the Huntress’ designers, is the agility and easy-handling that belies its size.

Power for the Huntress comes from five Mercury Racing Verado 350SCi outboard motors, which put out a combined 1,750 horsepower. That’s enough to get the Huntress to a top speed of 78 mph. A 500-gallon fuel tank will ensure you don’t have to return to the dock too soon.

By comparison, the latest 2013 G63 AMG gets a twin-turbocharged 5.5-liter V-8 good for 544 horsepower that easily sees the vehicle reach its electronically limited top speed of 130 mph.

Cigarette Racing hasn’t announced pricing for its Huntress just yet, though the company will be releasing more details once the boat makes its debut at the Miami International Boat Show on February 14, 2013.