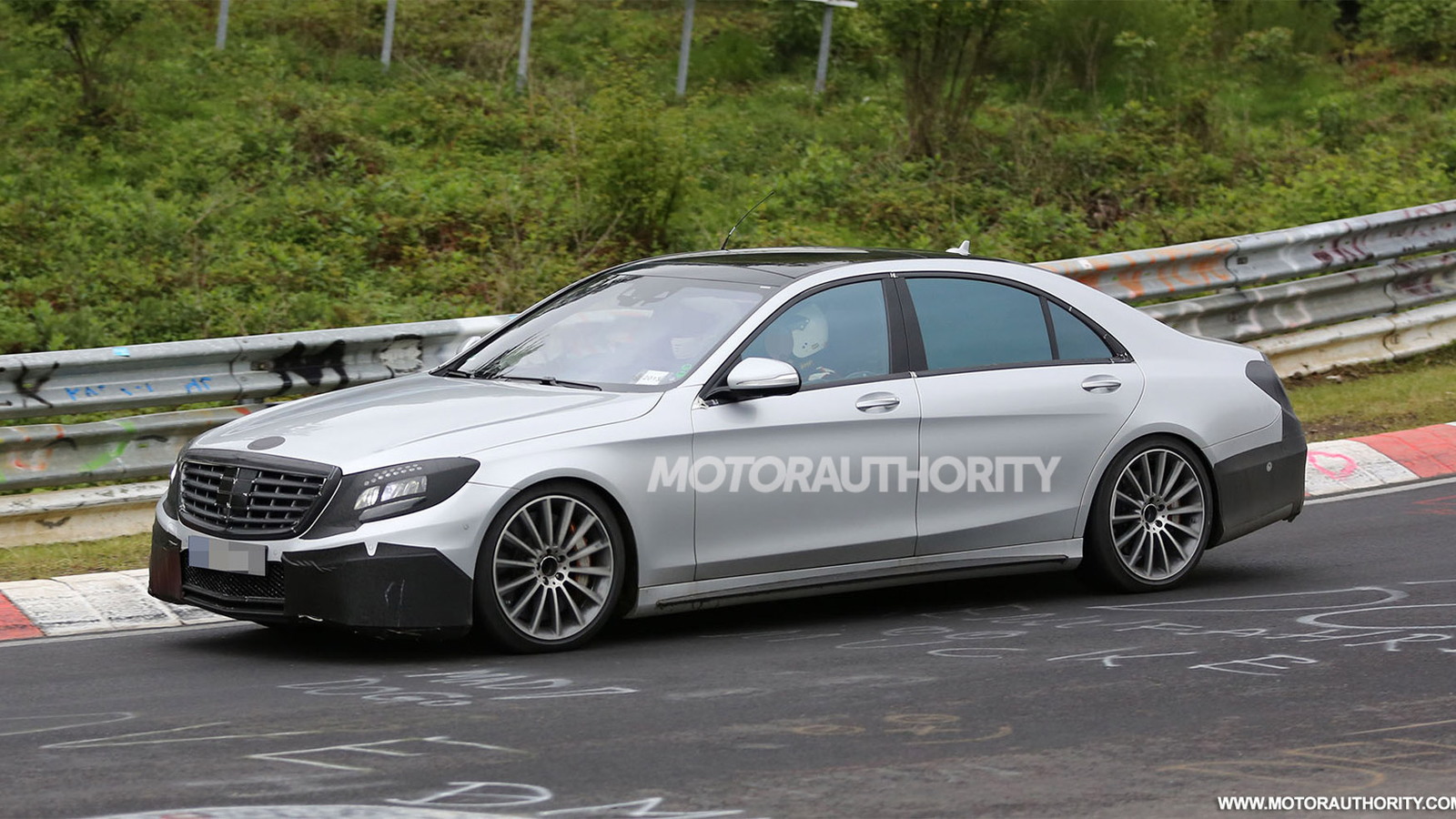 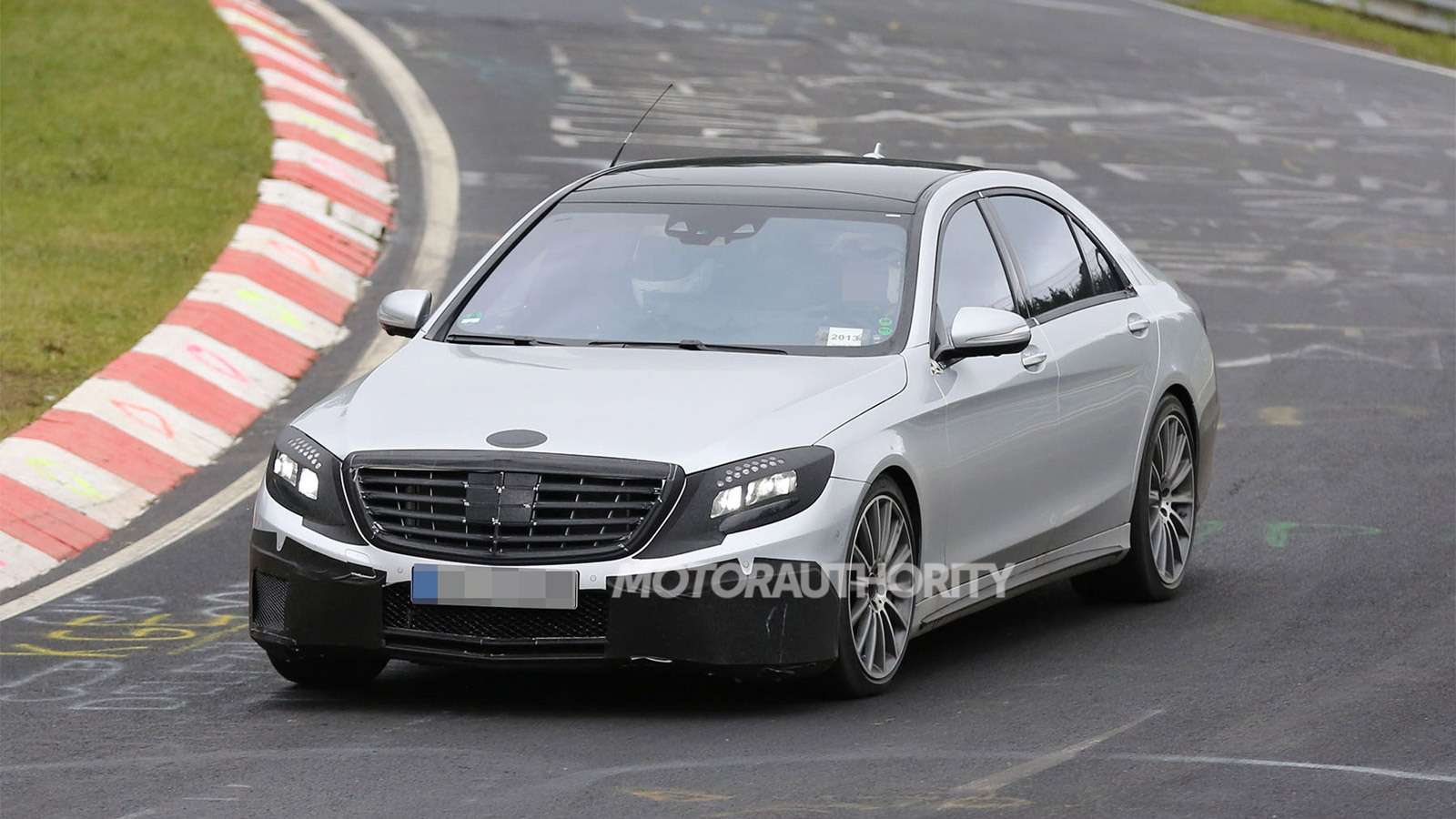 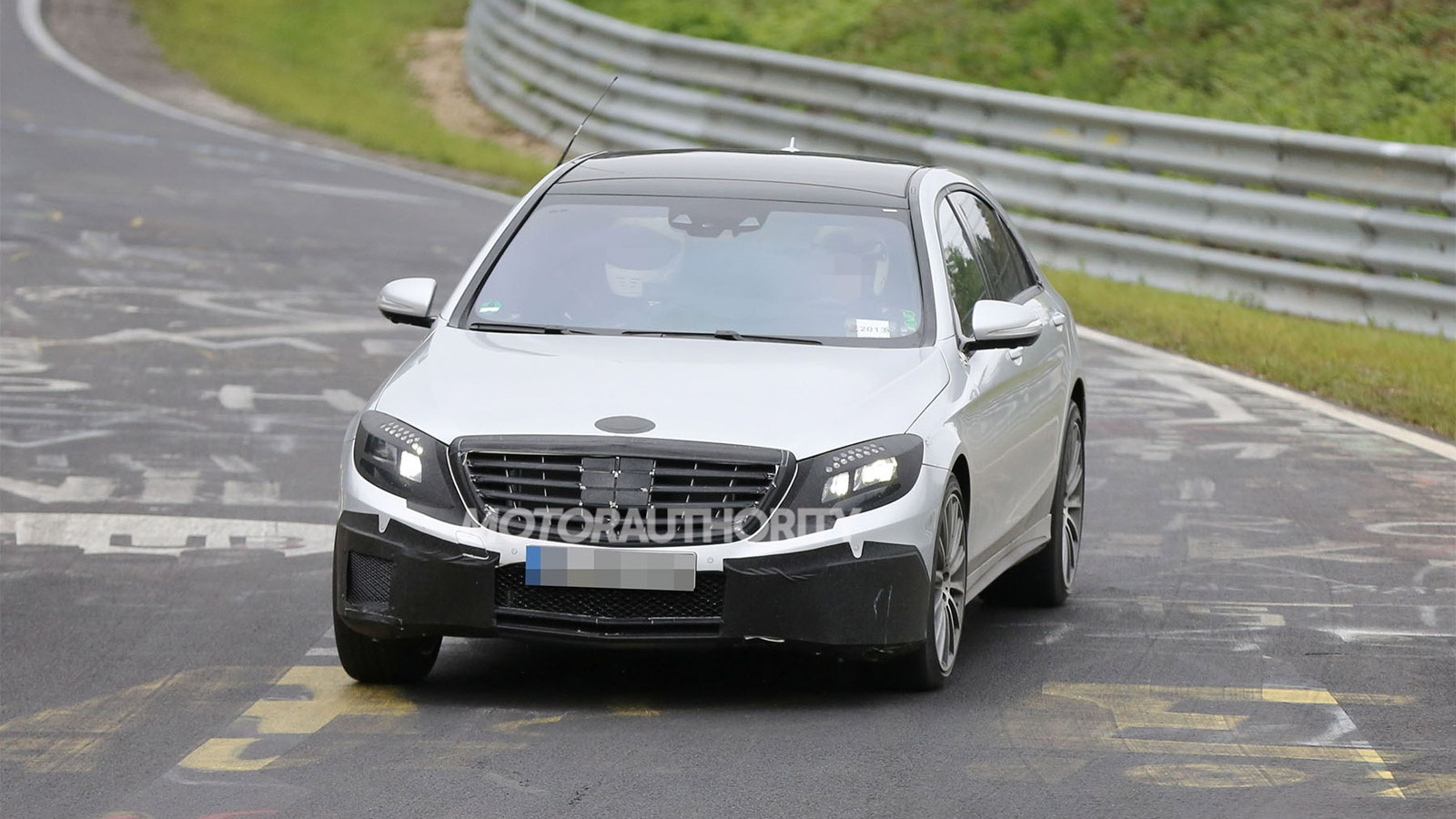 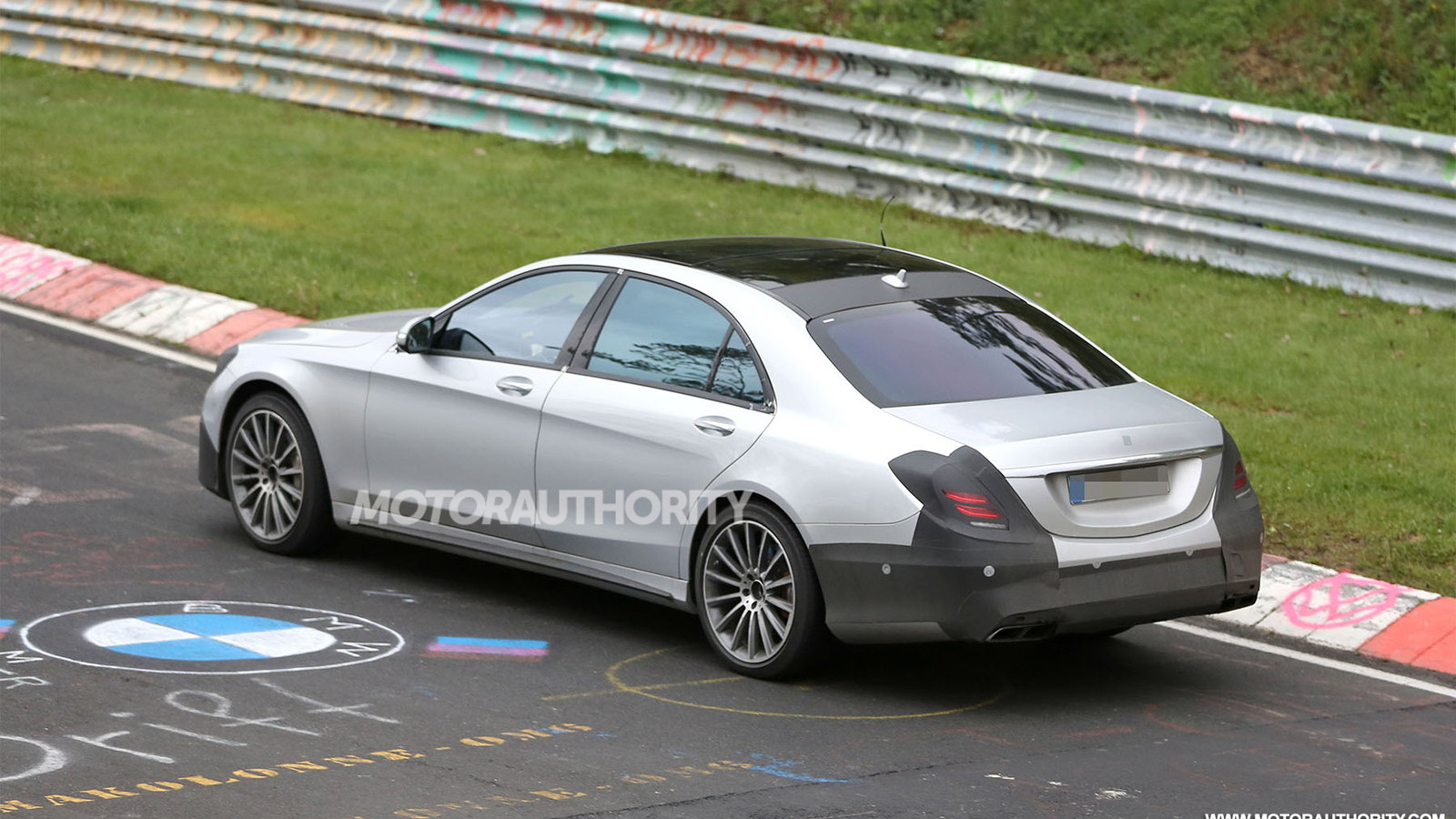 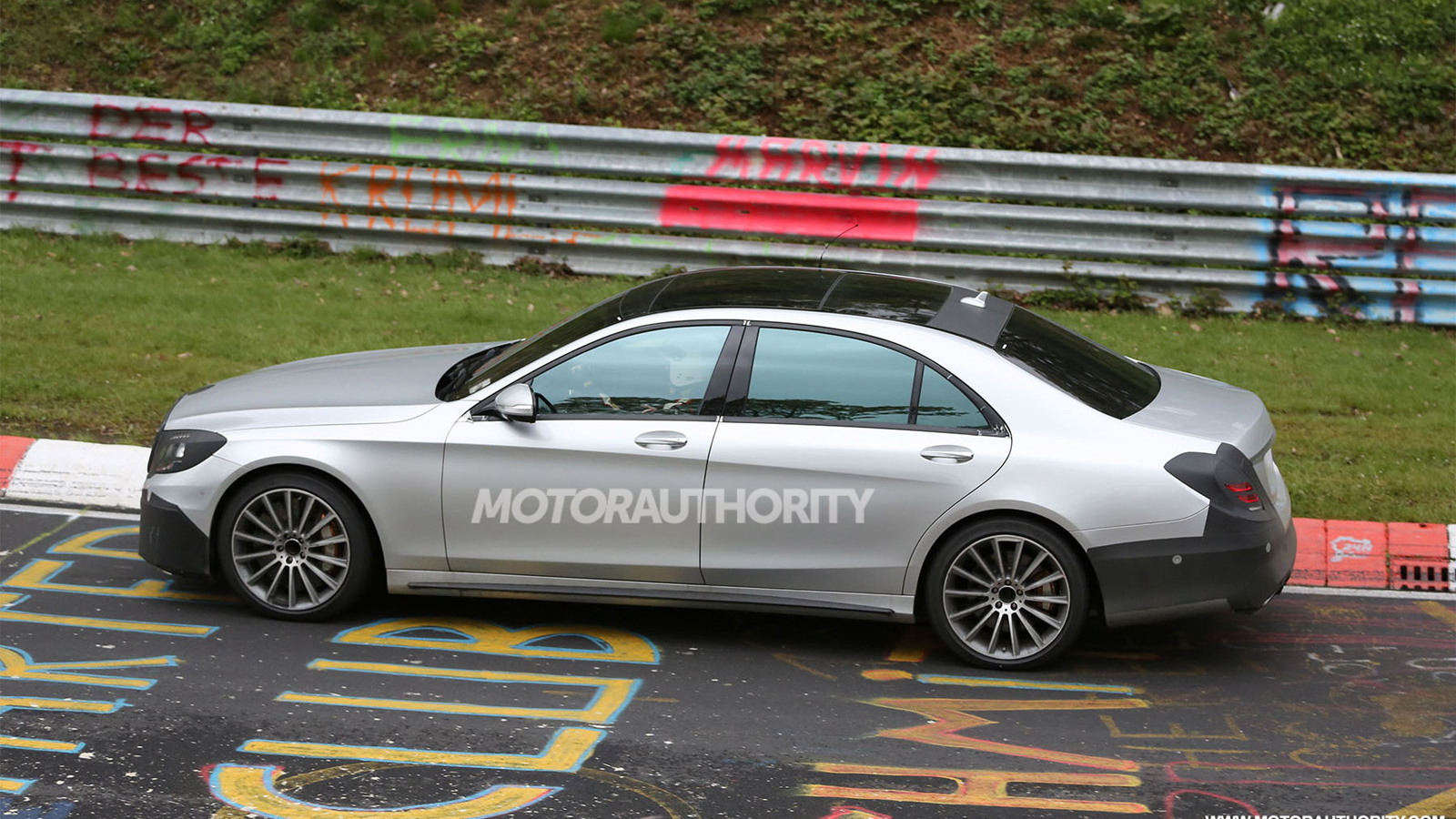 33
photos
The current Mercedes-Benz S63 AMG is no small player in the world of super sedans, having up to 571 horsepower and 664 pound-feet of torque from a 5.5-liter twin-turbo V-8 engine nestled under its hood, but that's not stopping AMG from working to improve the formula.

These spy shots show the latest work on a prototype for the next-generation, 2014 model.

Based on the redesigned 2014 S Class that was recently unveiled (featured in gallery below), the prototype here is easily distinguished as the AMG variant by its quad-exhaust tips, uprated brake rotors and lowered suspension.

Much of the camouflage of earlier prototypes has been removed, though it's still difficult to know what, exactly, the stylists have planned. Look for an aggressive front bumper design similar to what we saw on the 2014 Mercedes E63 AMG range.

As for what's under the hood, we're likely to see the base model adopt the 550-horsepower version of the twin-turbo M157 V-8 fitted to the latest E63 AMG. A new S-Model with even more power could also be introduced, just as we saw with the latest E63 AMG.

All-wheel drive is expected, too, and should be the standard setup for cars delivered to the U.S.

These features will likely be shared with a new 2014 S65 AMG, though with a substitution of a 6.0-liter twin-turbo V-12 engine for the 5.5-liter twin-turbo V-8, and some attendant upgrades to the exterior and interior. The big V-12 rates at 621 horsepower and 738 pound-feet of torque in the 2013 SL65 AMG, and we'd expect that to carry forward to the S65 as well.

Stay tuned for updates as development progresses, and look for a debut closer to the retail launch of the 2014 S Class range this fall.