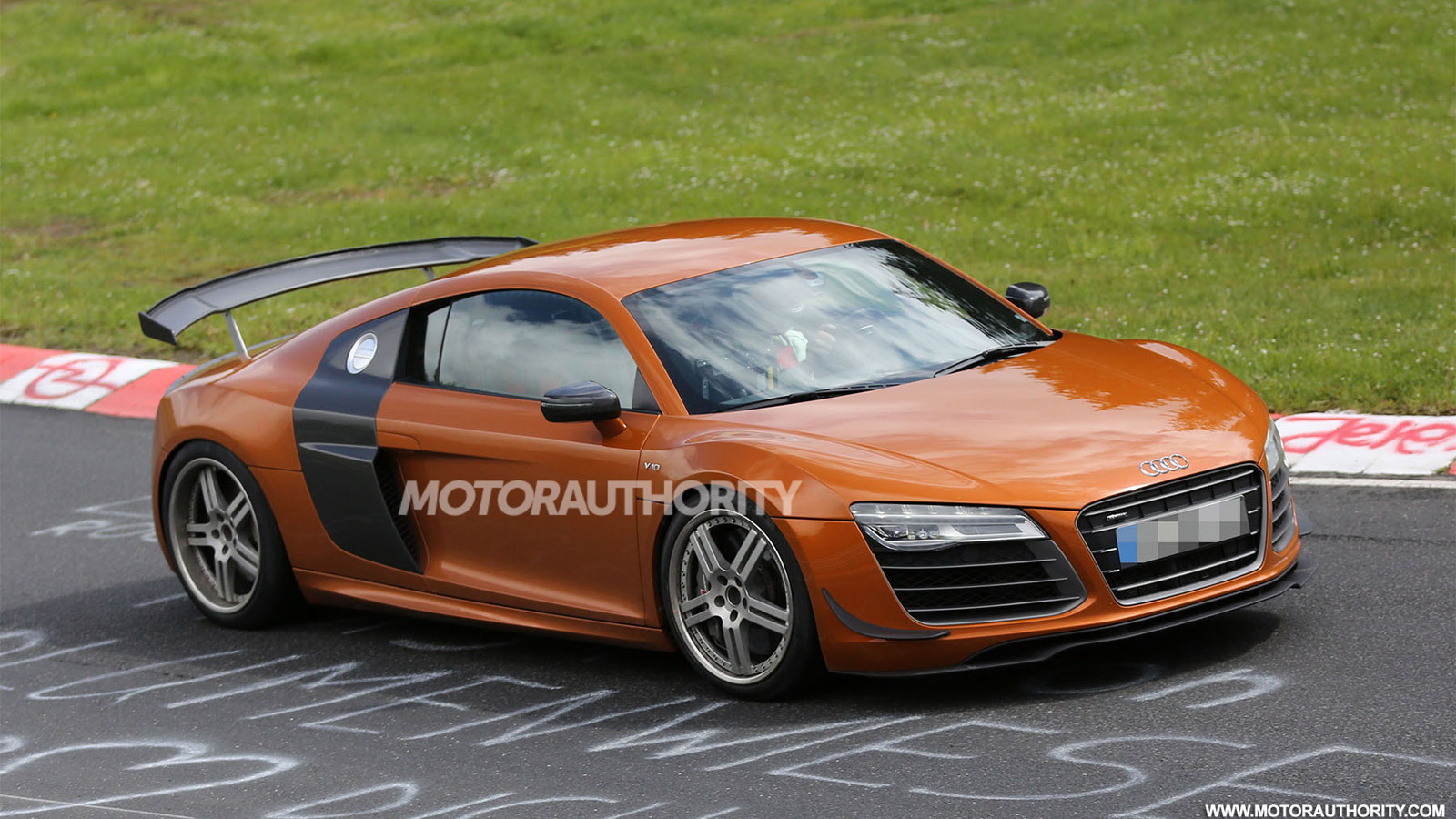 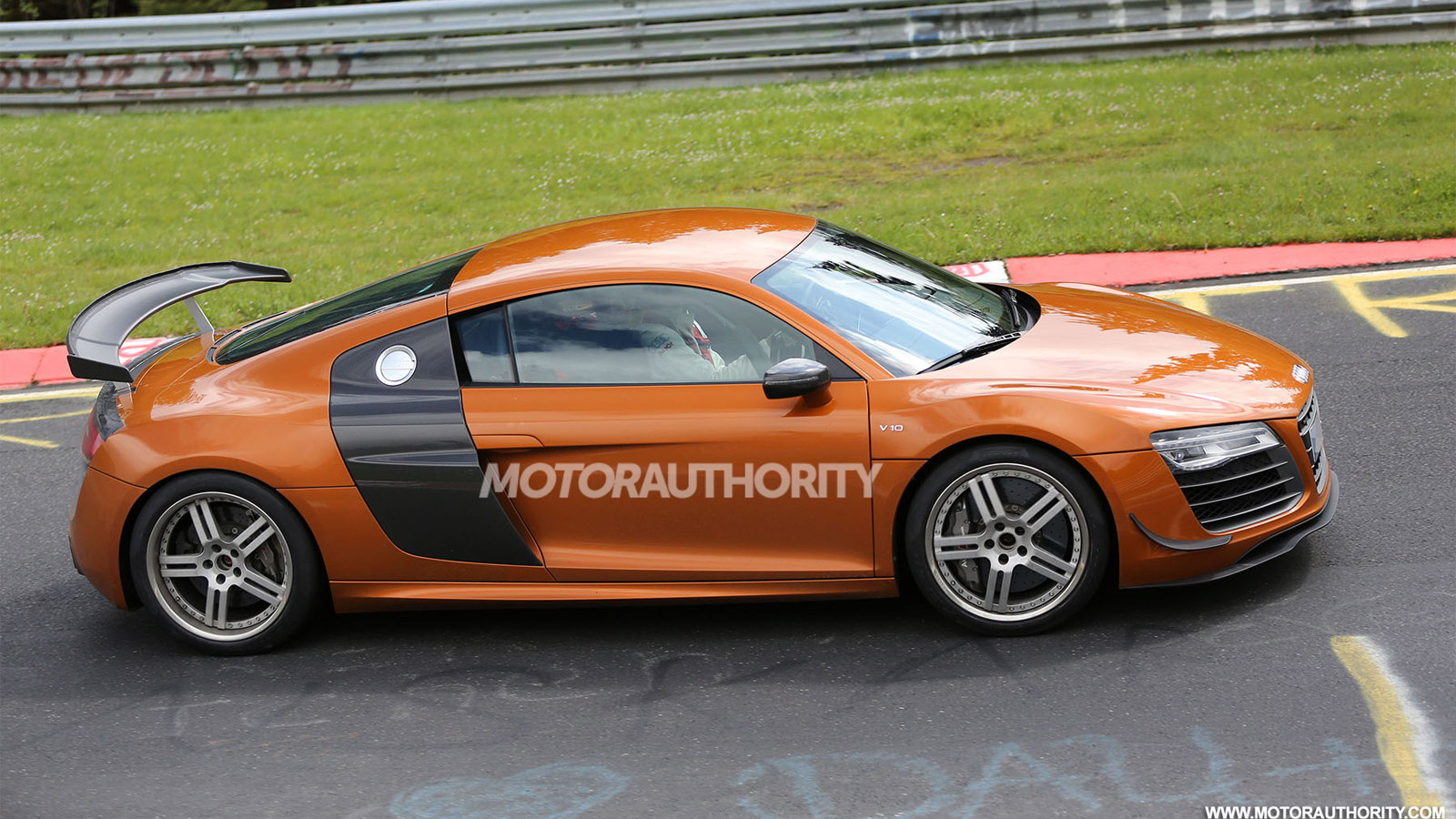 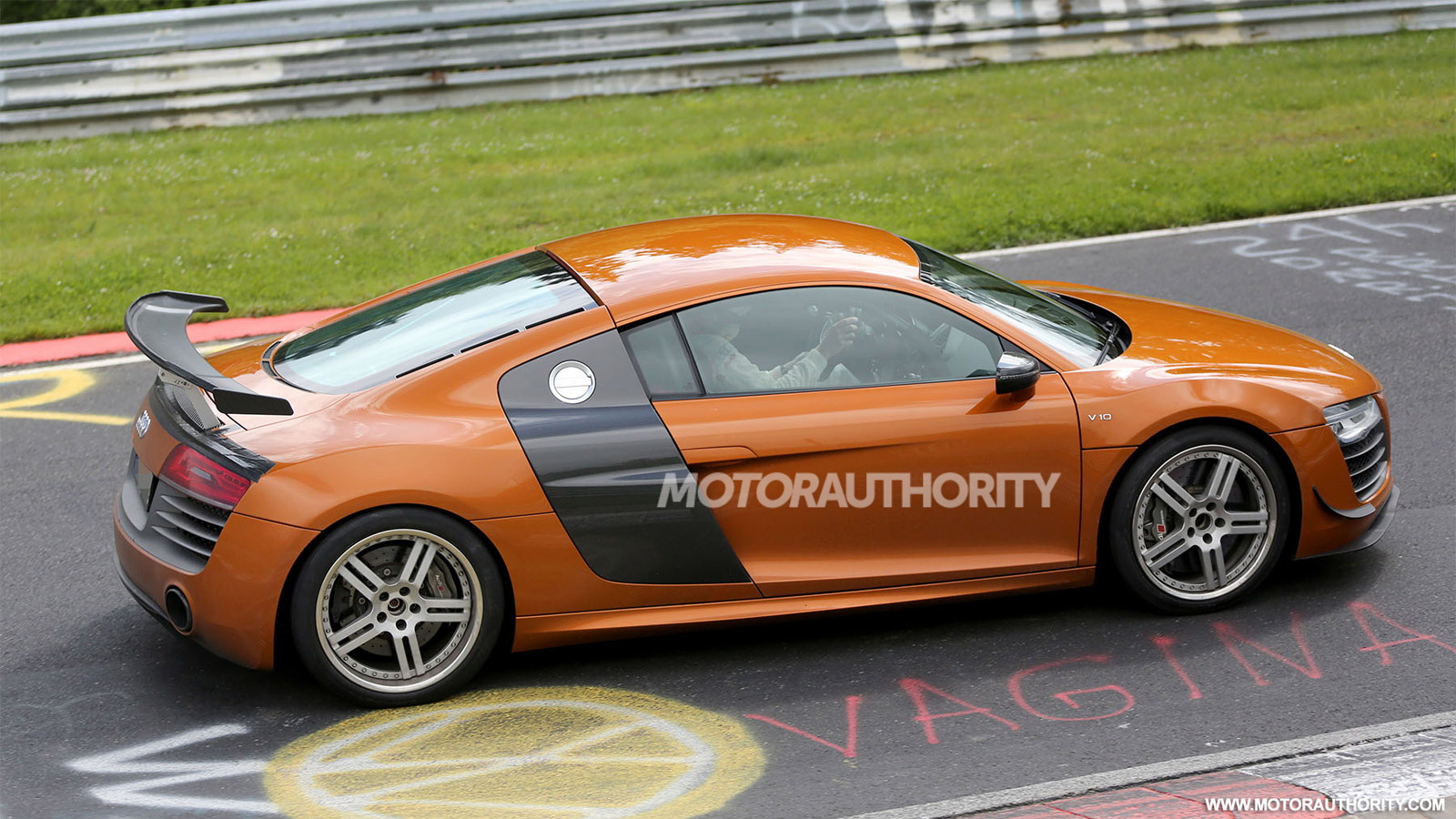 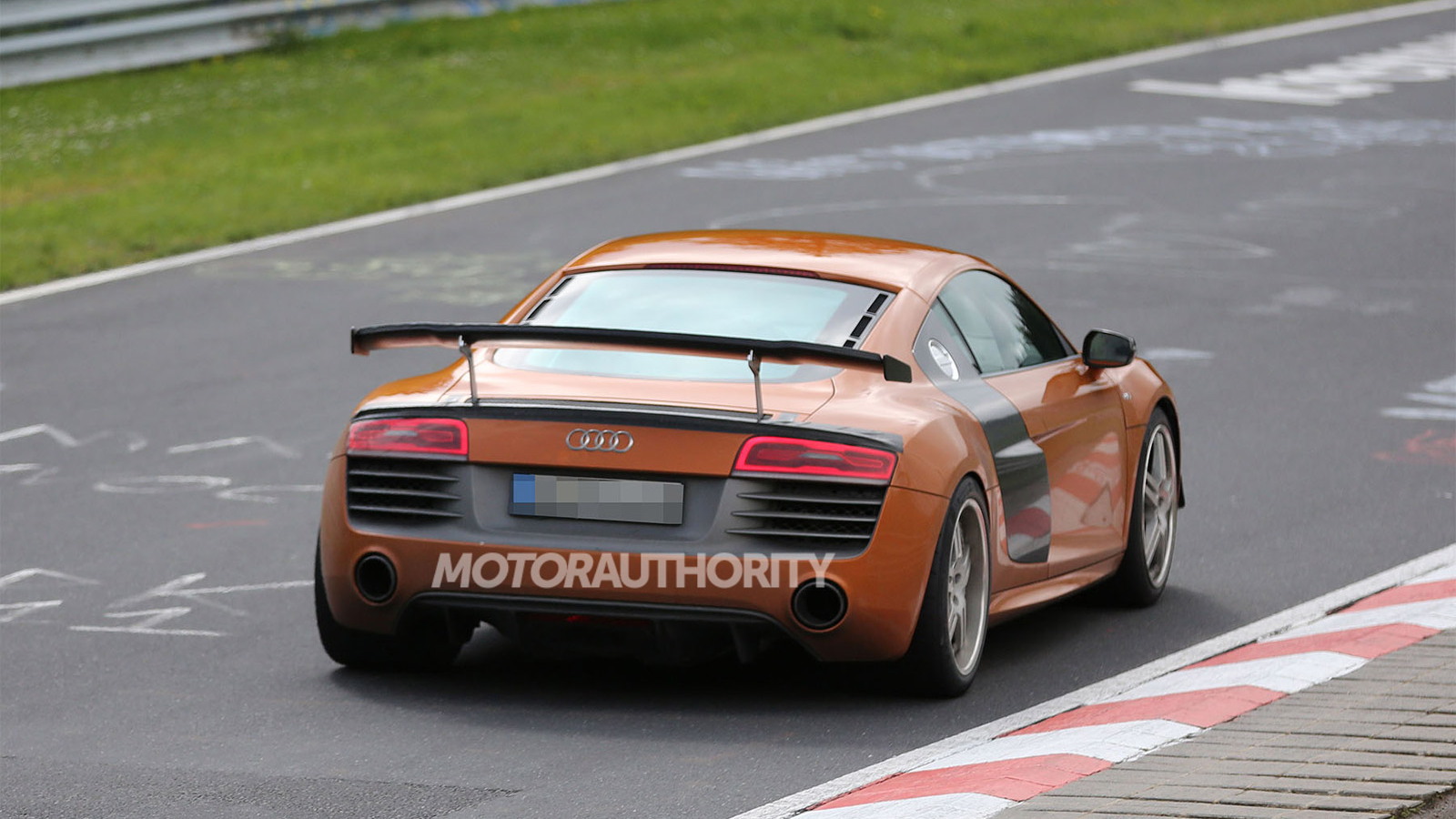 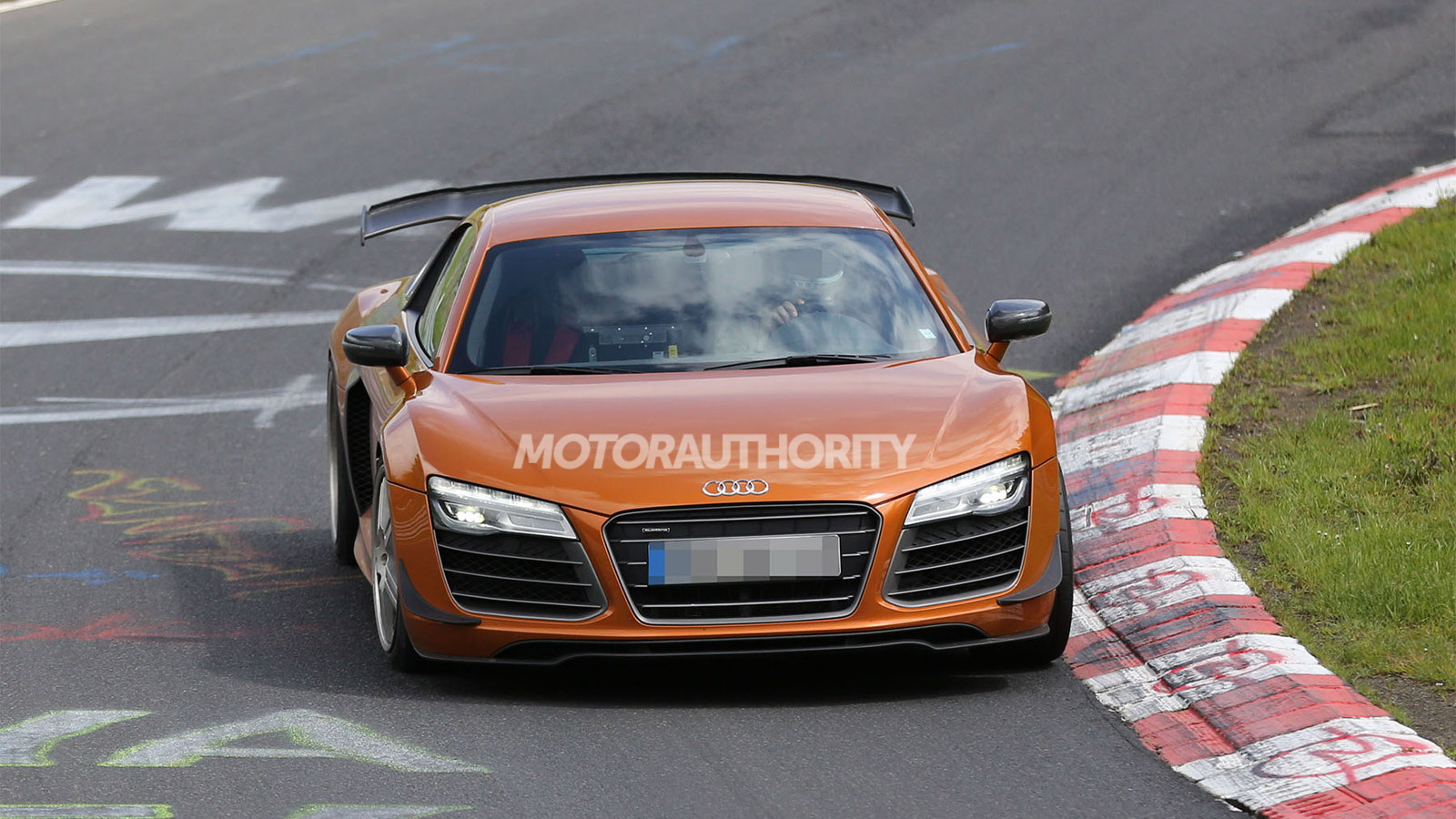 29
photos
Could Audi be working on an even more extreme version of its R8 supercar, one beyond the already hardcore R8 GT? It certainly looks that way following the sighting of this latest R8 prototype at the Nürburgring race track in Germany.

But with the previous R8 GT, which was limited to just 333 units, delivering only 560 horsepower, Audi will need to turn output even higher should it wish to launch a new special edition.

And we could see just that happen with an 'R8 GT Sport' (name not confirmed) being introduced for 2015, which is expected to be the last model year for this generation of the R8.

While a R8 RS would be nice, we’re more likely to see Audi resurrect its ‘Sport’ label, which was last seen in 2005 on a limited edition TT quattro Sport built to mark the end of production of the first generation TT. In fact, this has been hinted at by Audi quattro development chief Stefan Reil in the past.

BMW has enjoyed some success with its CSL range of stripped out ready-to-race M3s and Mercedes-Benz has delivered several of its own lightweight Black Series models. That leaves the third major German luxury automaker, Audi, which already has its R8 GT but may soon have a variant capable of competing with the Mercedes-Benz SLS AMG Black Series.

We first saw this prototype over a year ago, but since then it’s undergone some minor changes. Compared to the regular R8, there is a more aggressive splitter up front, enlarged side intakes, and an oversized fixed rear wing similar to the unit on the R8 LMS race cars.

Of course, we could just be looking at one of the early development mules for the respective replacements for the Audi R8 and Lamborghini Gallardo. Only time will tell.