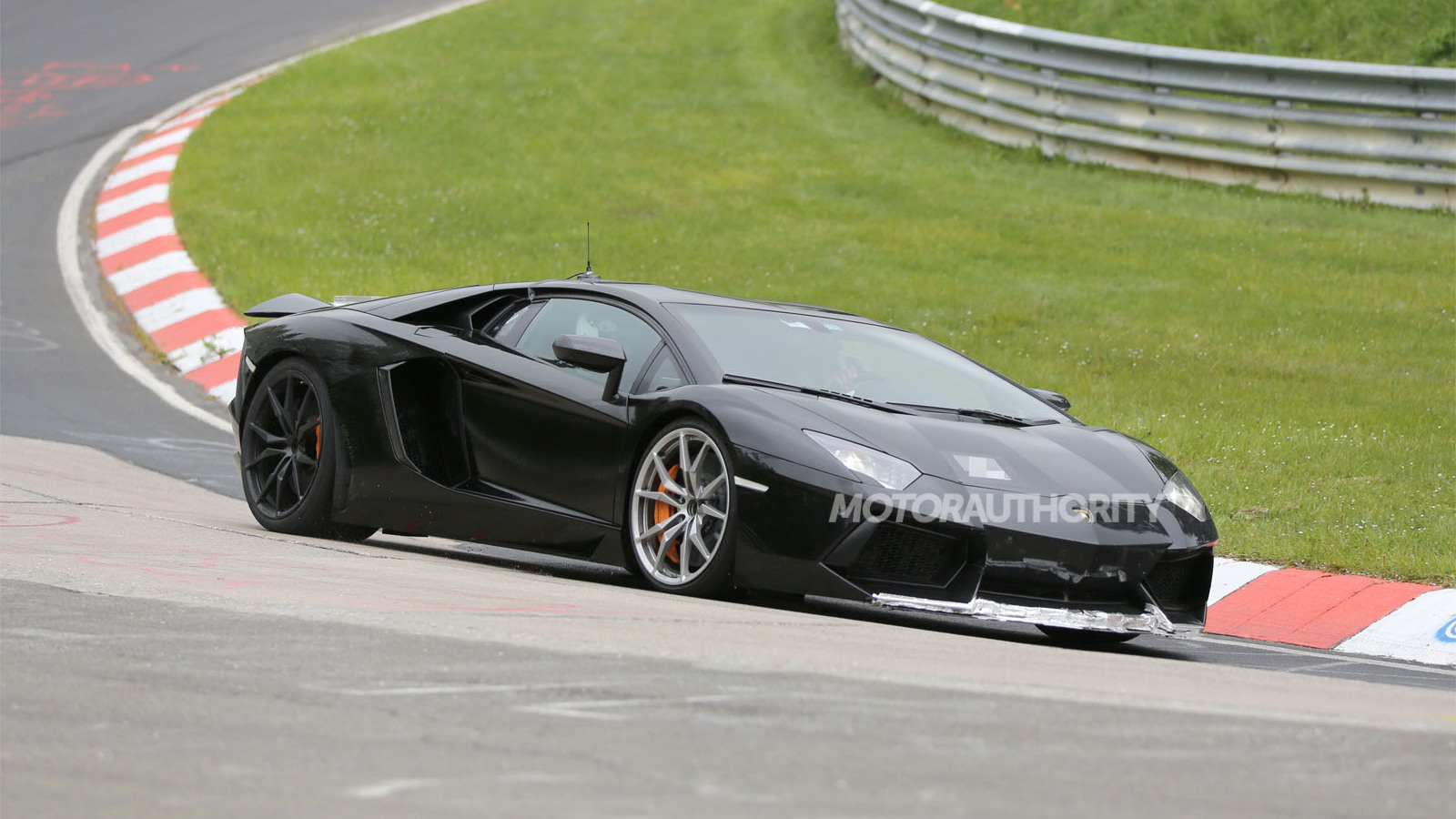 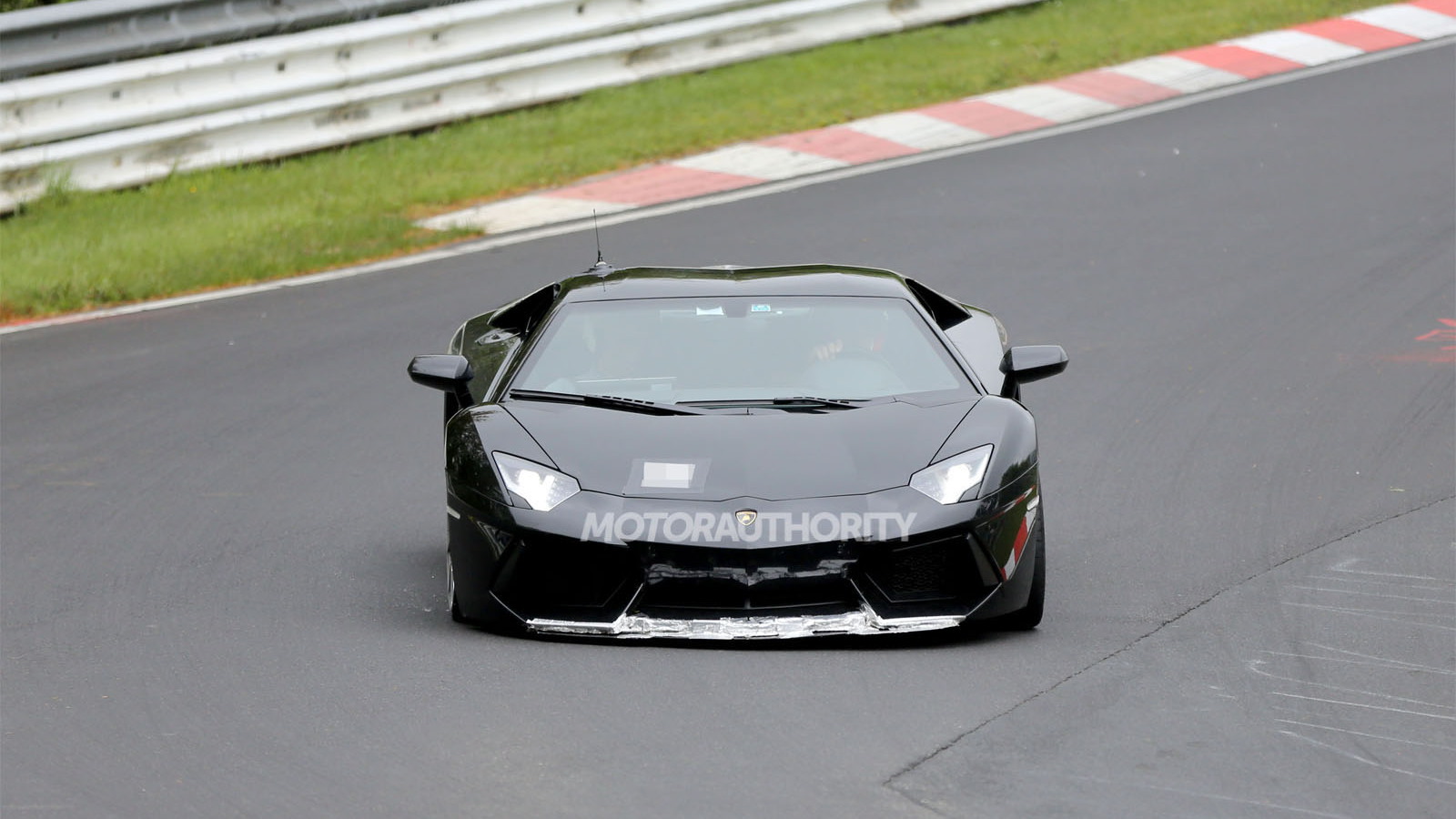 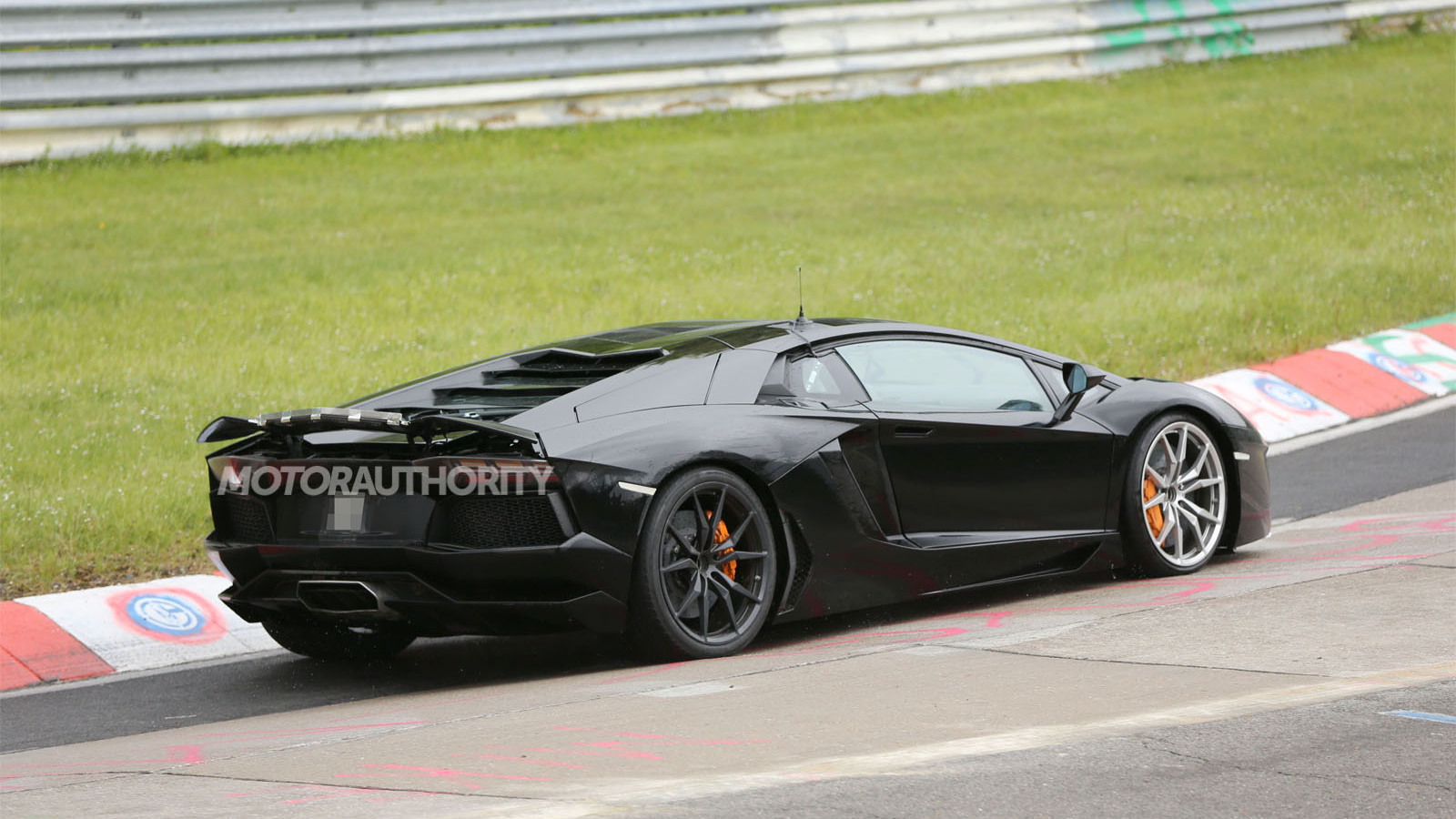 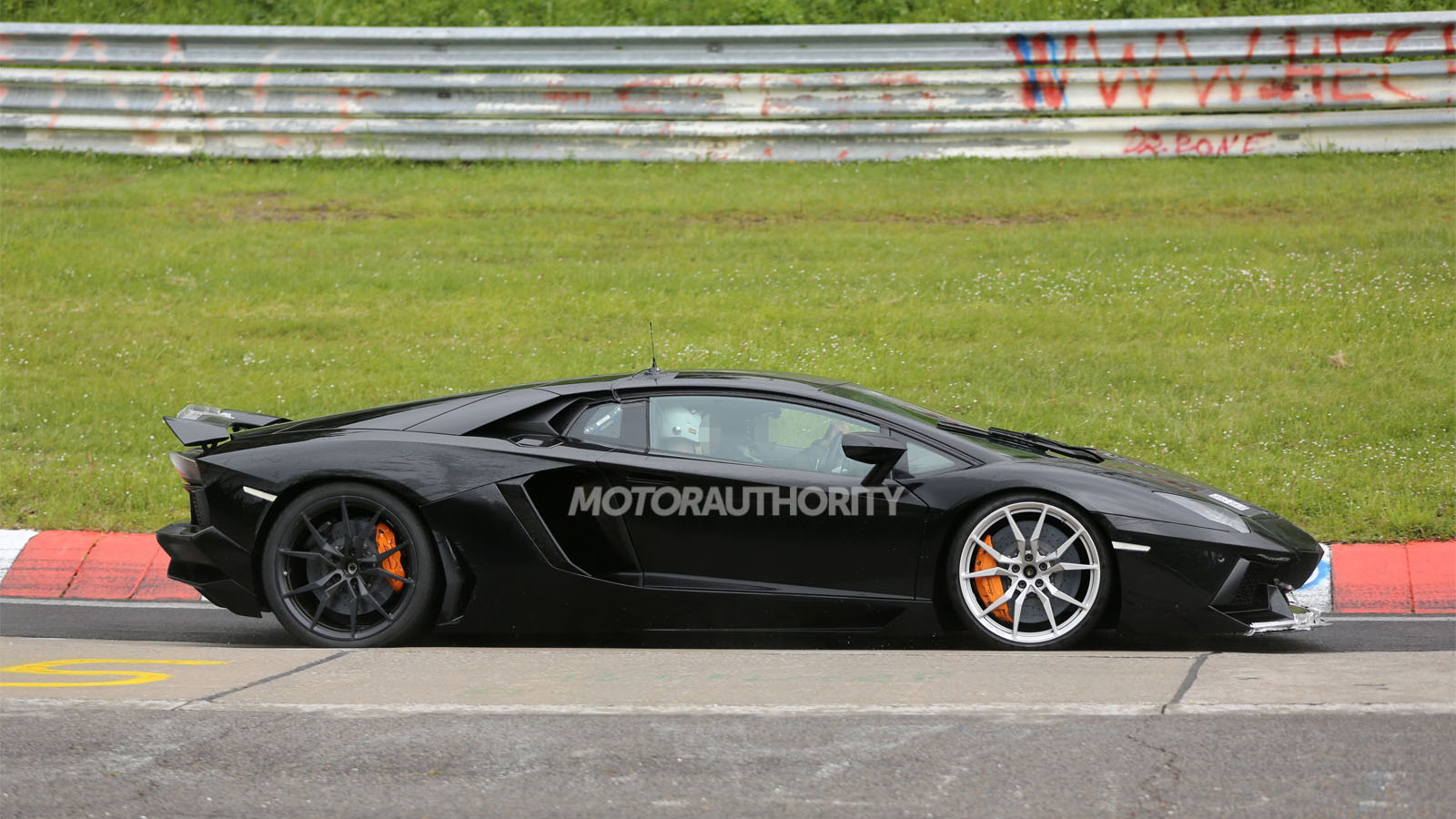 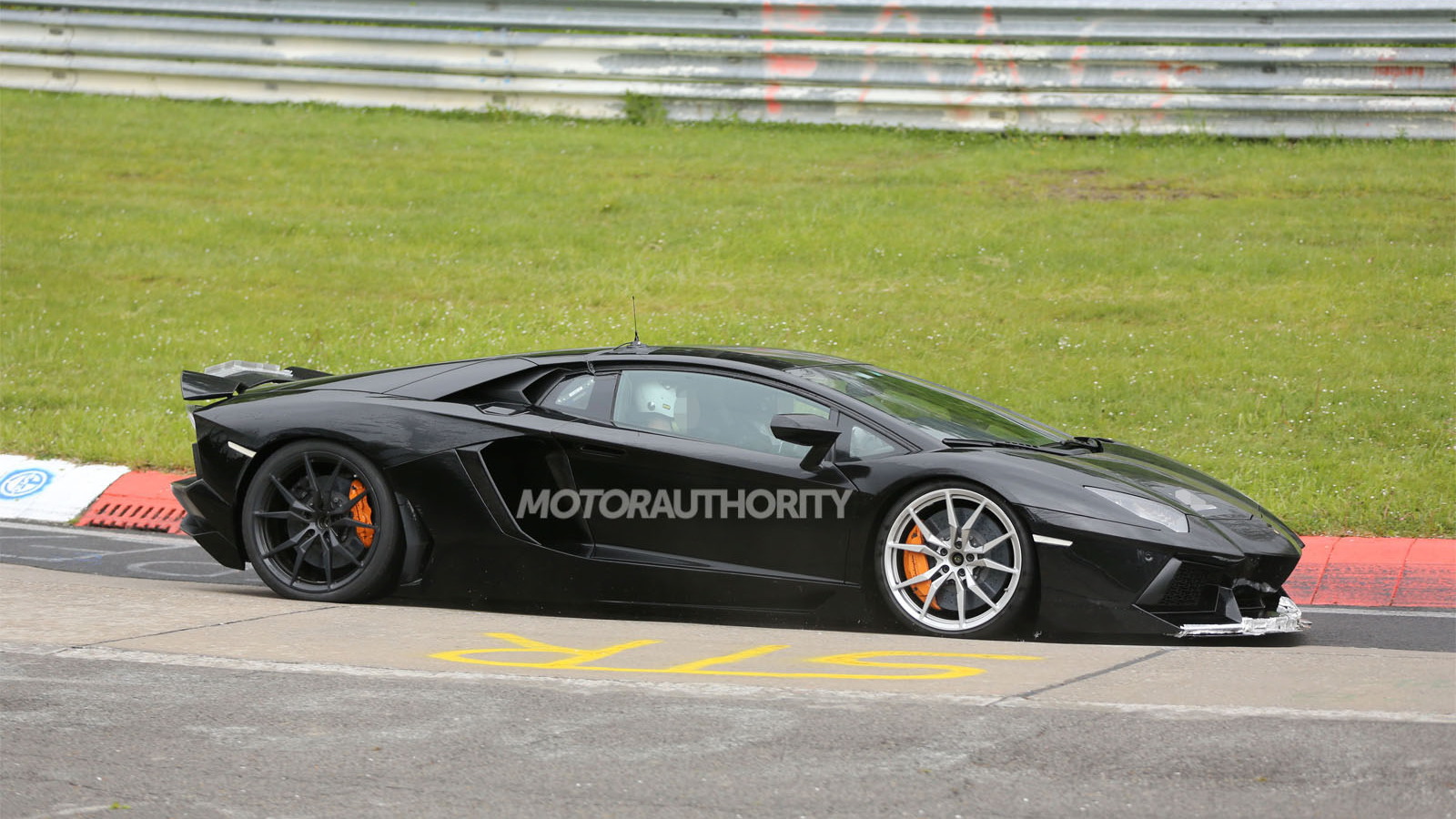 15
photos
The Lamborghini Aventador is many things to many people: ultimate modern expression of the supercar; overstyled and underperforming; just too expensive. But it's most certainly special. It may soon become even more so, if the Aventador SV turns up the wick as high as it appears to.

The spy photos reveal more aggressive, lower front aerodynamic elements and very large brakes. A gurney flap appears to be affixed to the rear wing. Whether that's being tested for production, or merely to simulate a new, higher-downforce rear wing not yet fitted to the car isn't clear.

With the standard Aventador delivering up to 710 horsepower (in LP 720-4 50° Anniversario form), the SV could end up as high as 800 horsepower. The 6.5-liter V-12 engine will see upgrades, but is expected to remain fundamentally the same.

With 0-60 mph runs of less than 3.0 seconds already available with the Aventador, the Aventador SV could tumble into the mid-two-second range.

Already extensive use of carbon fiber throughout the standard model means the Aventador SV's trim and interior could focus on more hardcore, race-themed uses for lighter weight and greater function. A lighter, louder exhaust system could also help shed weight.

Ultimately, little is known so far about the Aventador SV, but it's potential is clear. The SV is expected to join the Lamborghini lineup in late 2014. Production will likely be limited to a relatively small quantity--the Murcielago SV was limited to 350 cars, though only 186 were ultimately built.