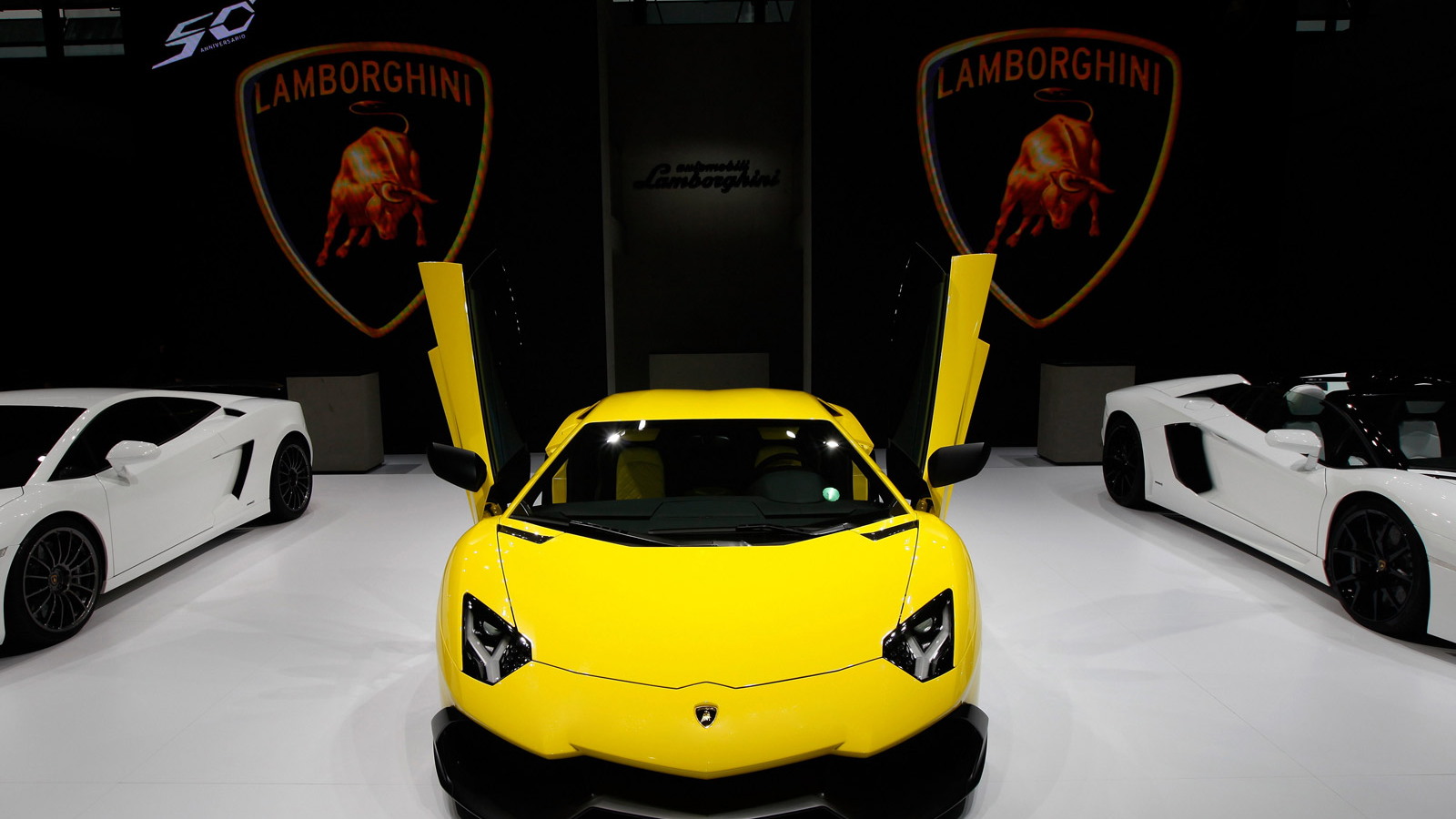 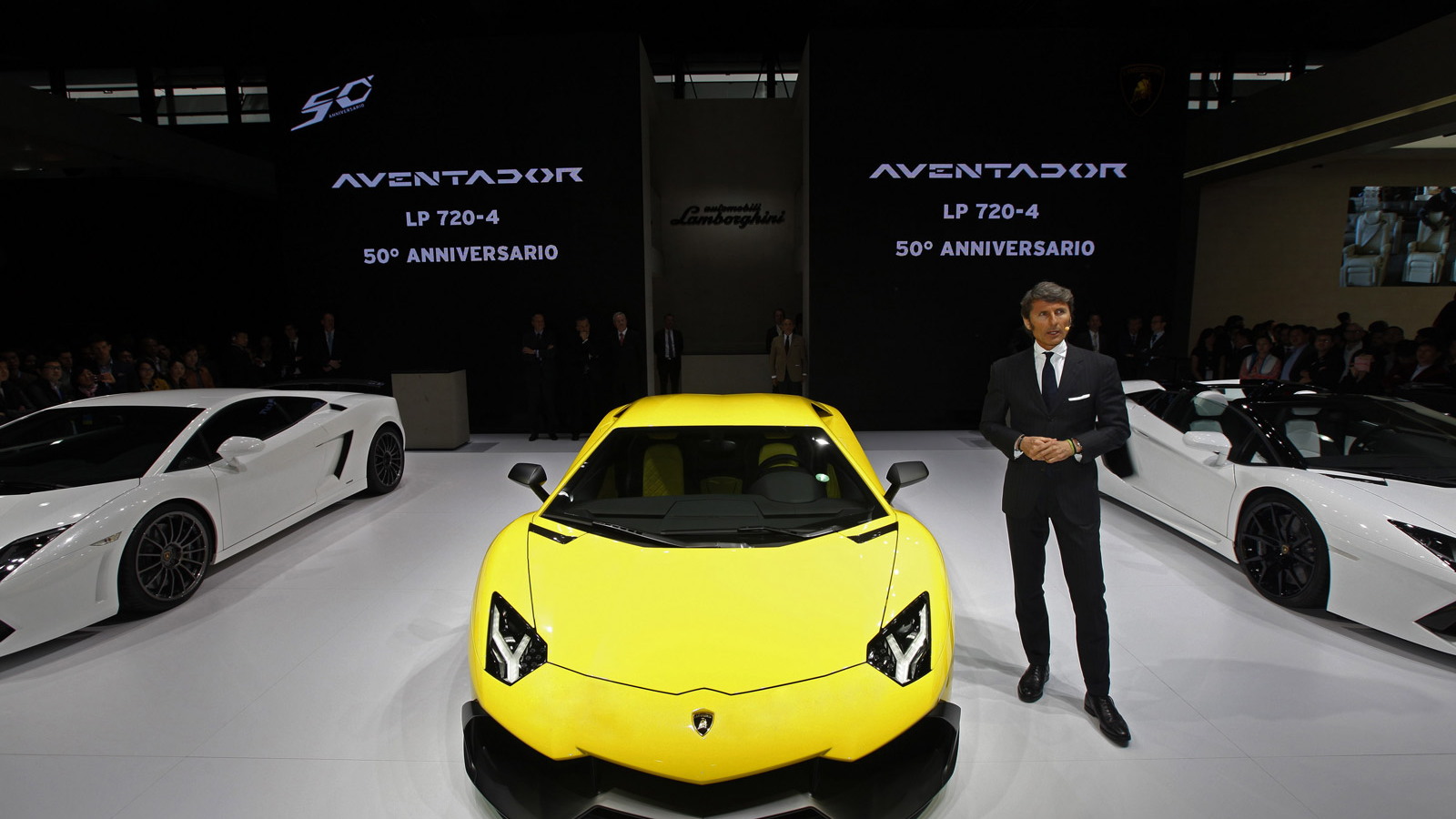 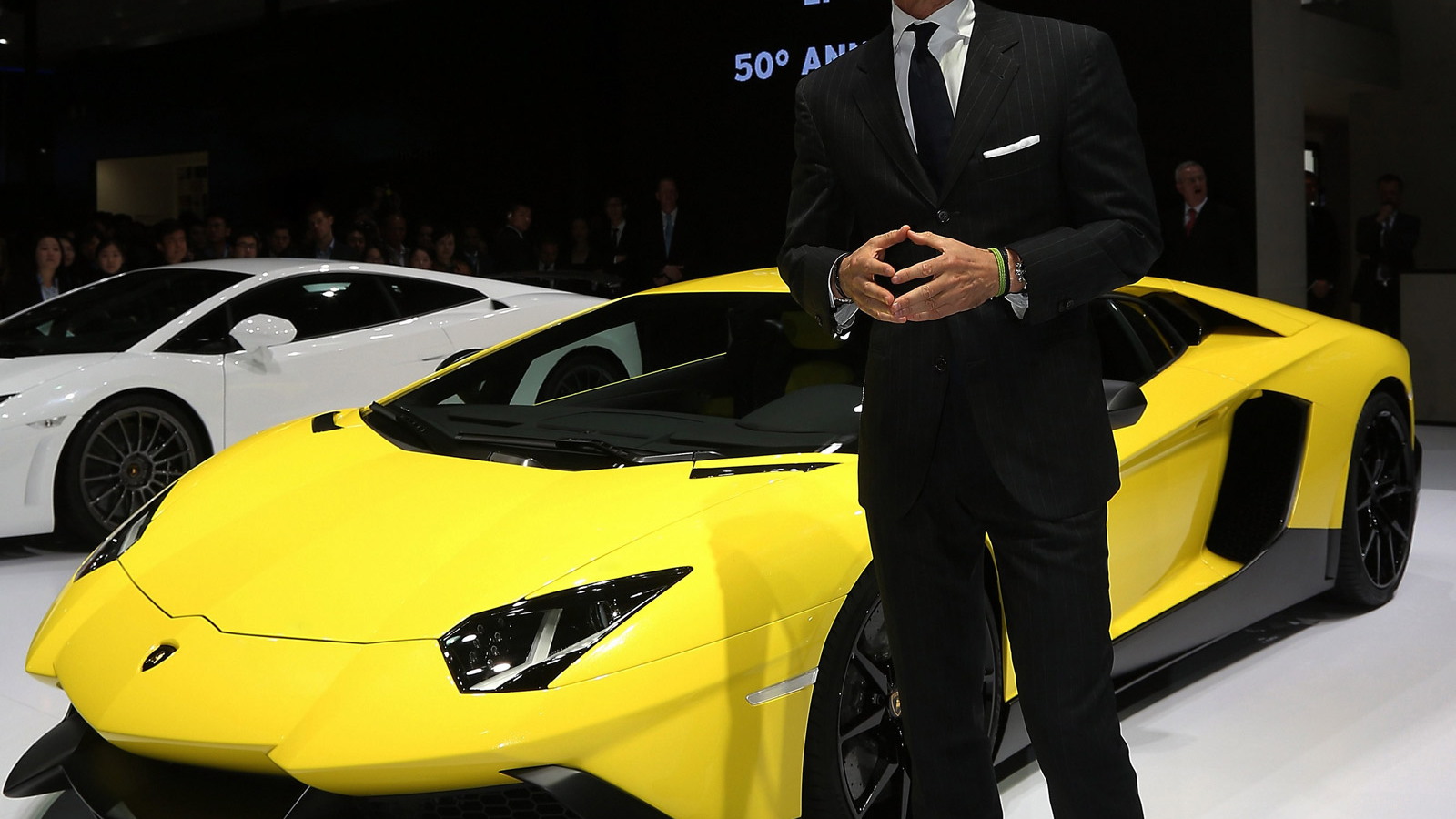 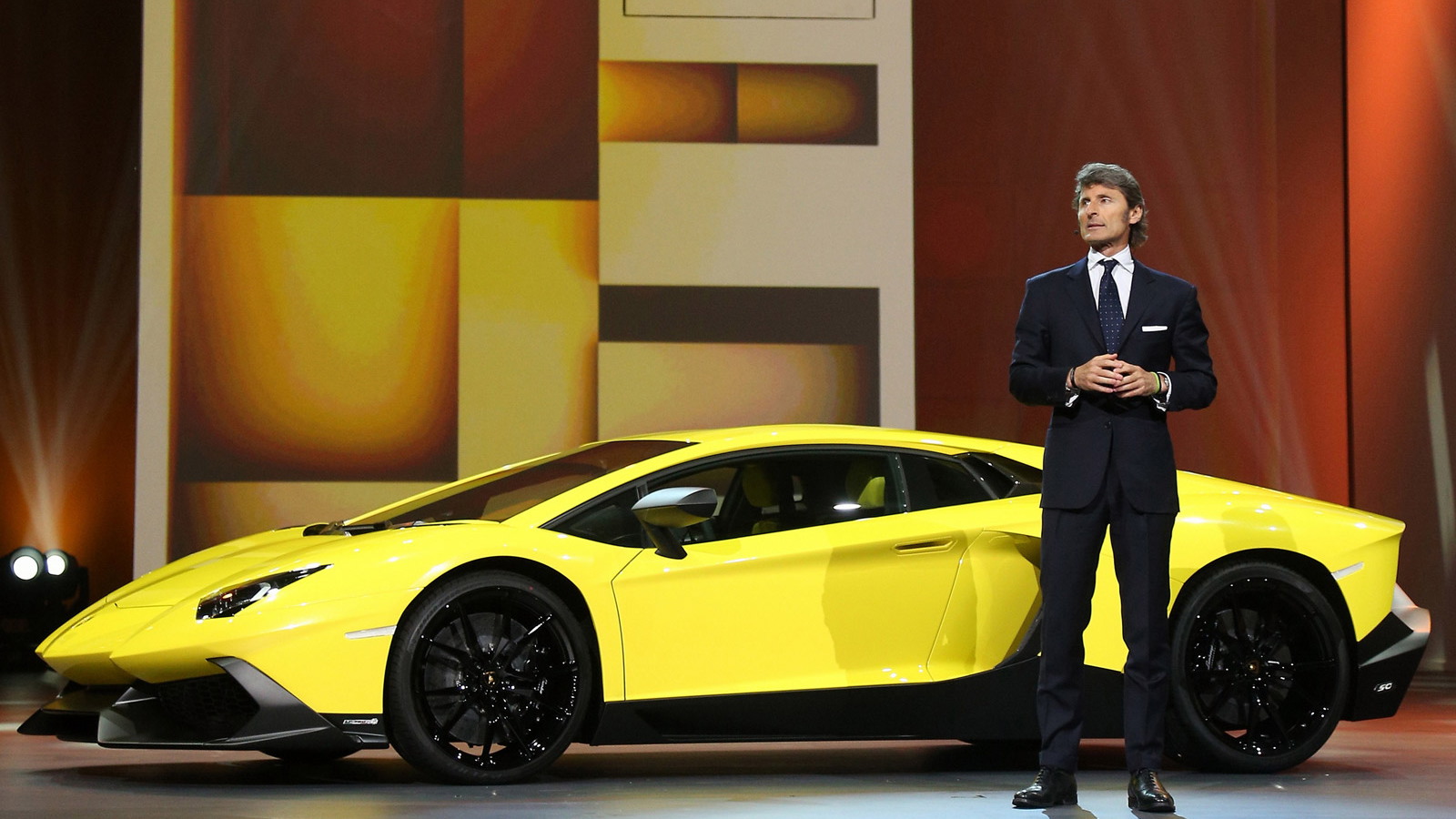 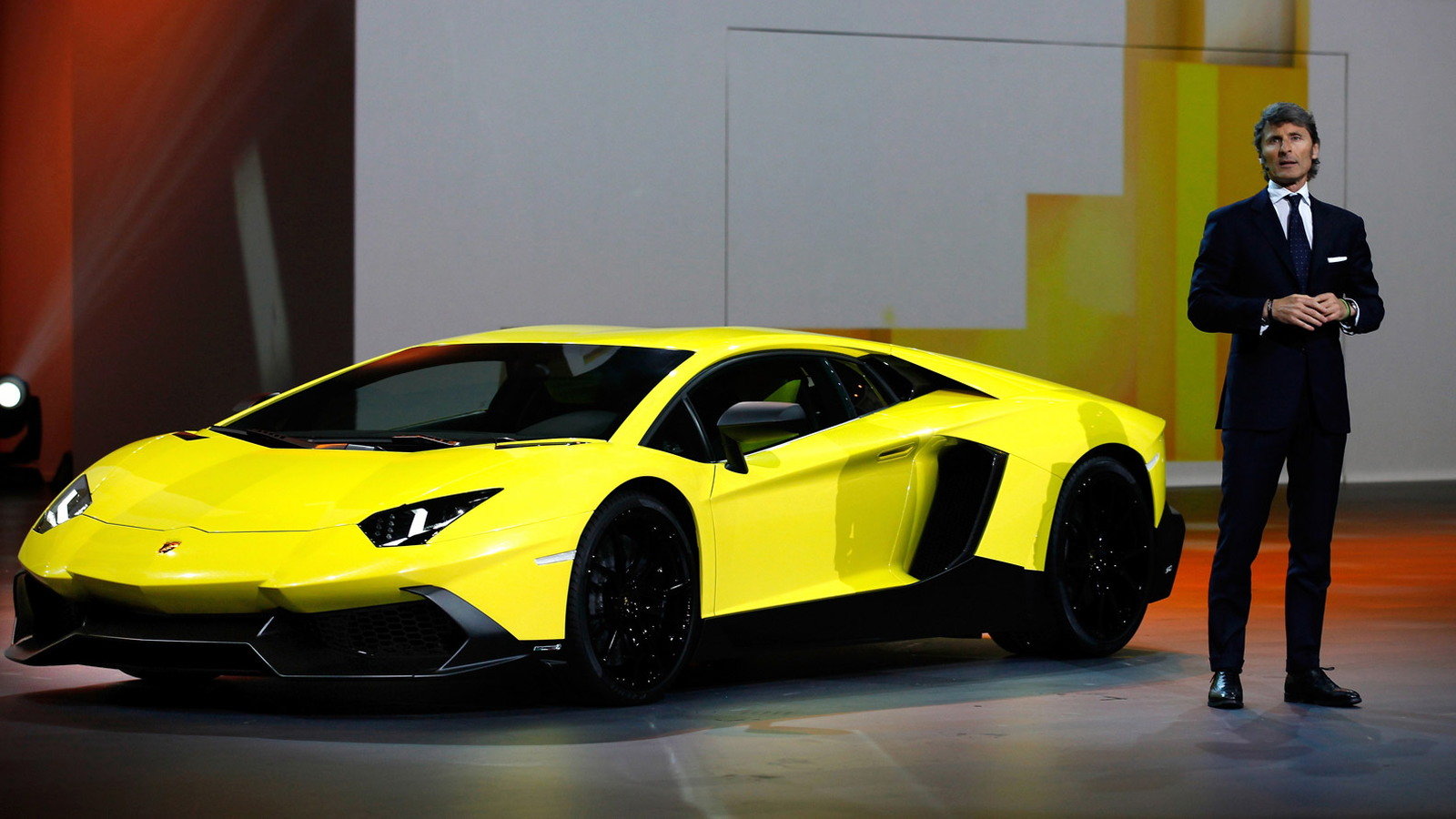 10
photos
Lamborghini’s Aventador LP 720-4 50° Anniversario special edition has made its debut at the 2013 Shanghai Auto Show, which means we can now reveal to you all of the tasty details.

The car was built to celebrate Lamborghini’s 50th anniversary, which takes place this year and will include a number of festivities.

The highlight of the celebrations will be the Grande Giro Lamborghini, an event that will see hundreds of Lamborghini owners from around the world travel to Italy, with their cars in tow, to take part in a 750-mile rally around the country.

Then there are the cars, like the previous Veneno and the new Aventador LP 720-4 50° Anniversario. The latest model will be built in a run of 100 units and each will feature a forged composite badge with Lamborghini’s 50° logo and a serial number (the logo will appear in all Lamborghini models built in 2013).

As its name suggests, the Aventador’s 6.5-liter V-12 has been uprated to 720 metric horsepower (710 horses by American standards) and drive is still sent to all four wheels. The extra 20 horsepower over the standard Aventador’s rating is brought about by retuning of the engine’s calibration.

Despite the bump in power, performance remains unchanged, with the 0-62 mph still taking 2.9 seconds and top speed coming in at 217 mph.

The rear end, meanwhile, is completely new and features an enlarged diffuser and expansive meshwork that further improves engine-compartment ventilation.

Lamborghini says the changes improve handling stability at extreme speeds while also improving aerodynamic efficiency of the Aventador by as much as 50 percent.

The exterior of the car gets a special paint scheme dubbed Giallo Maggio, which is Italian for “Yellow May.” May, of course, is the month in which Lamborghini the company was incorporated back in 1963 and yellow was picked as it has been the most popular color choice for Lamborghinis over the years.

On the inside, there is semi-aniline leather trim which gets a yellow and black design. This is joined by Lamborghini’s special Q-Citura stitch, a diamond pattern introduced especially for this celebratory model.

If the Gallardo is more to your taste, Lamborghini has a special edition for you as well. Joining the Aventador LP 720-4 50° Anniversario over the weekend was a Gallardo LP 560-2 50° Anniversario as well. This rear-driving model came in a special Bianco Opalis white paint scheme along with exclusive features such as a carbon fiber rear wing and transparent engine cover.

Featured in the video above is Lamborghini CEO Stephan Winkelmann, who was on hand at the latest supercar’s launch in China. He gives a rundown of his Lamborghini’s celebratory plans for the rest of the year and the importance of the Chinese market to the future of the company.

For more from the 2013 Shanghai  Auto Show, be sure to visit our dedicated show page.