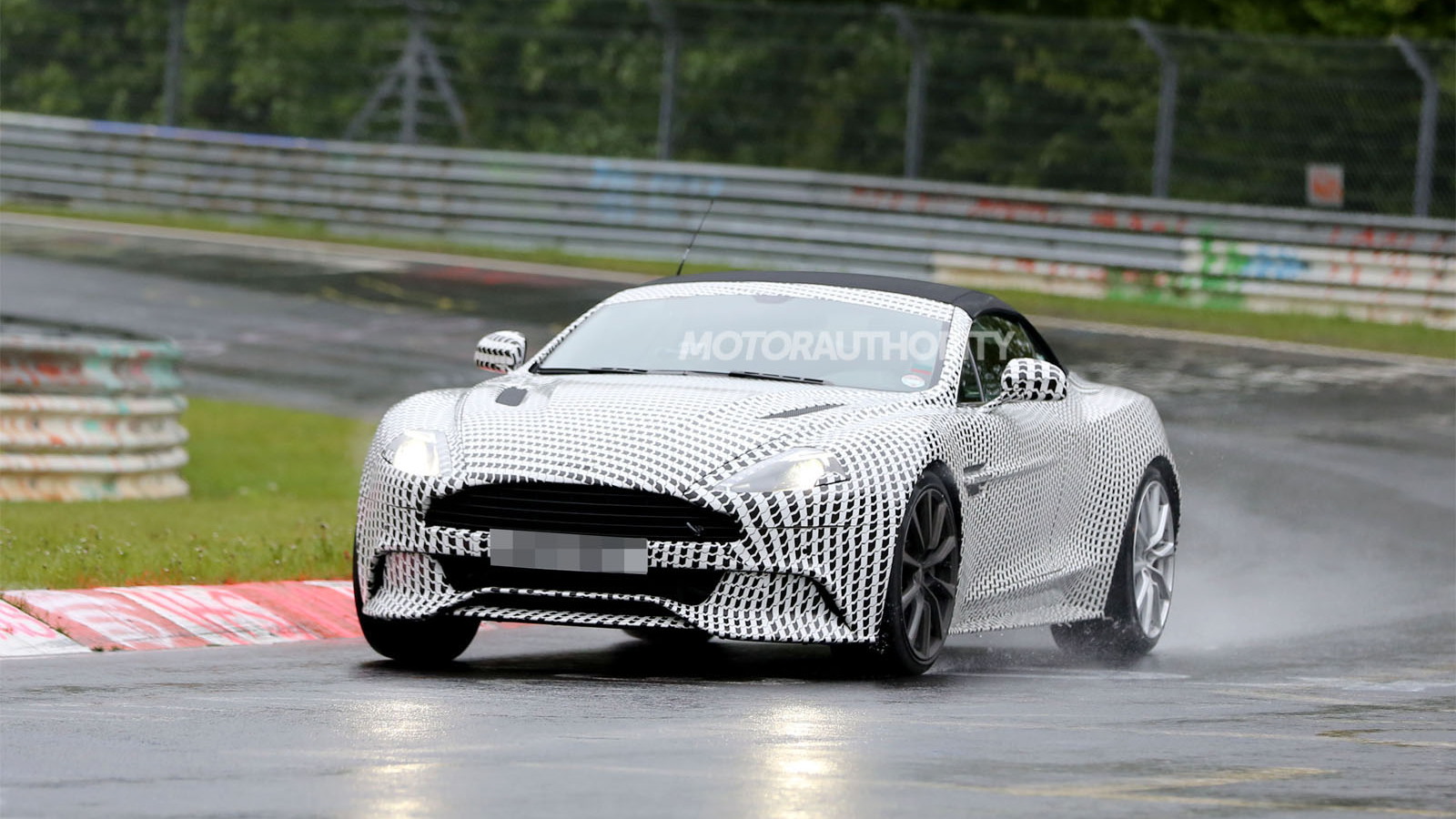 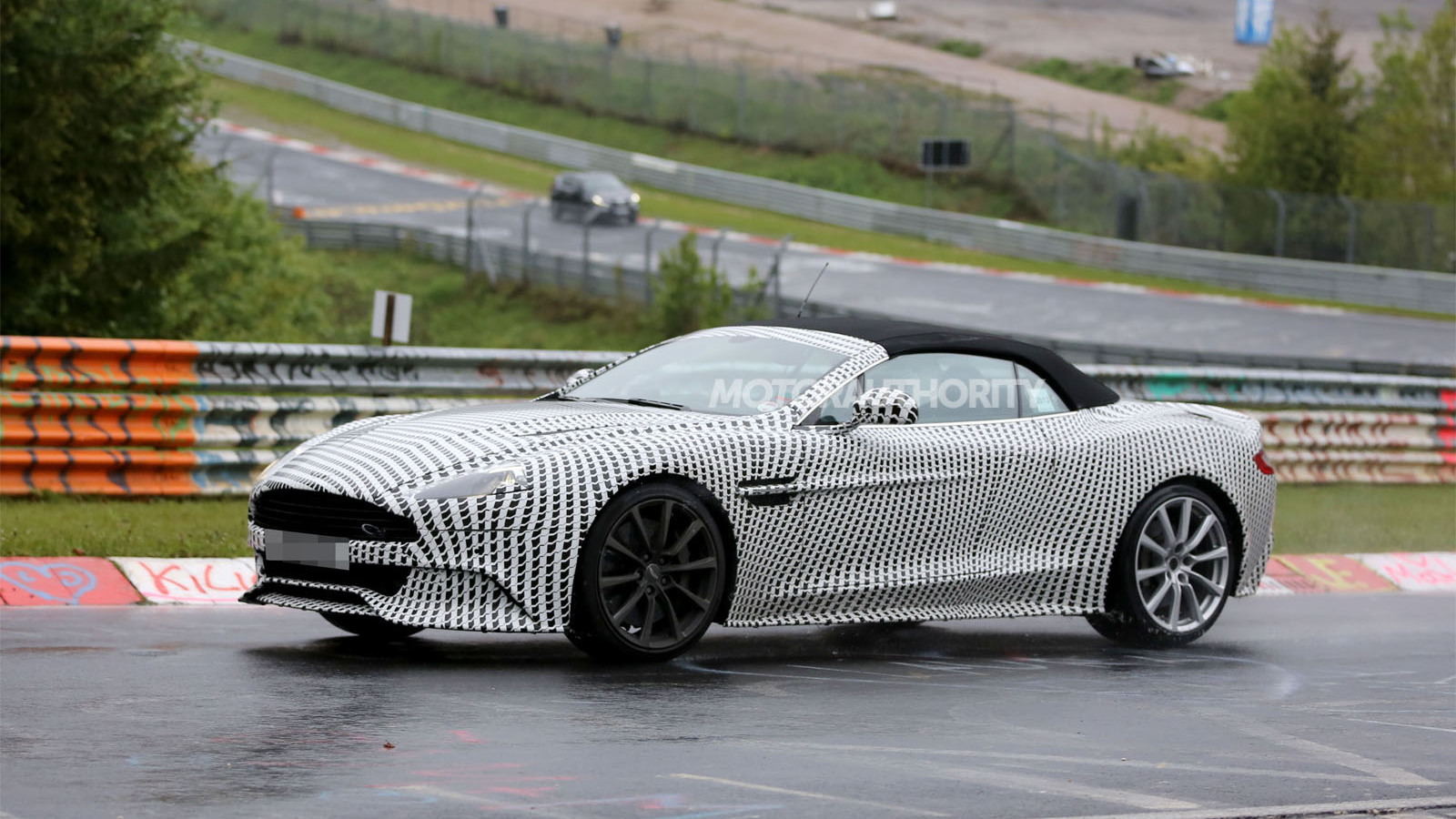 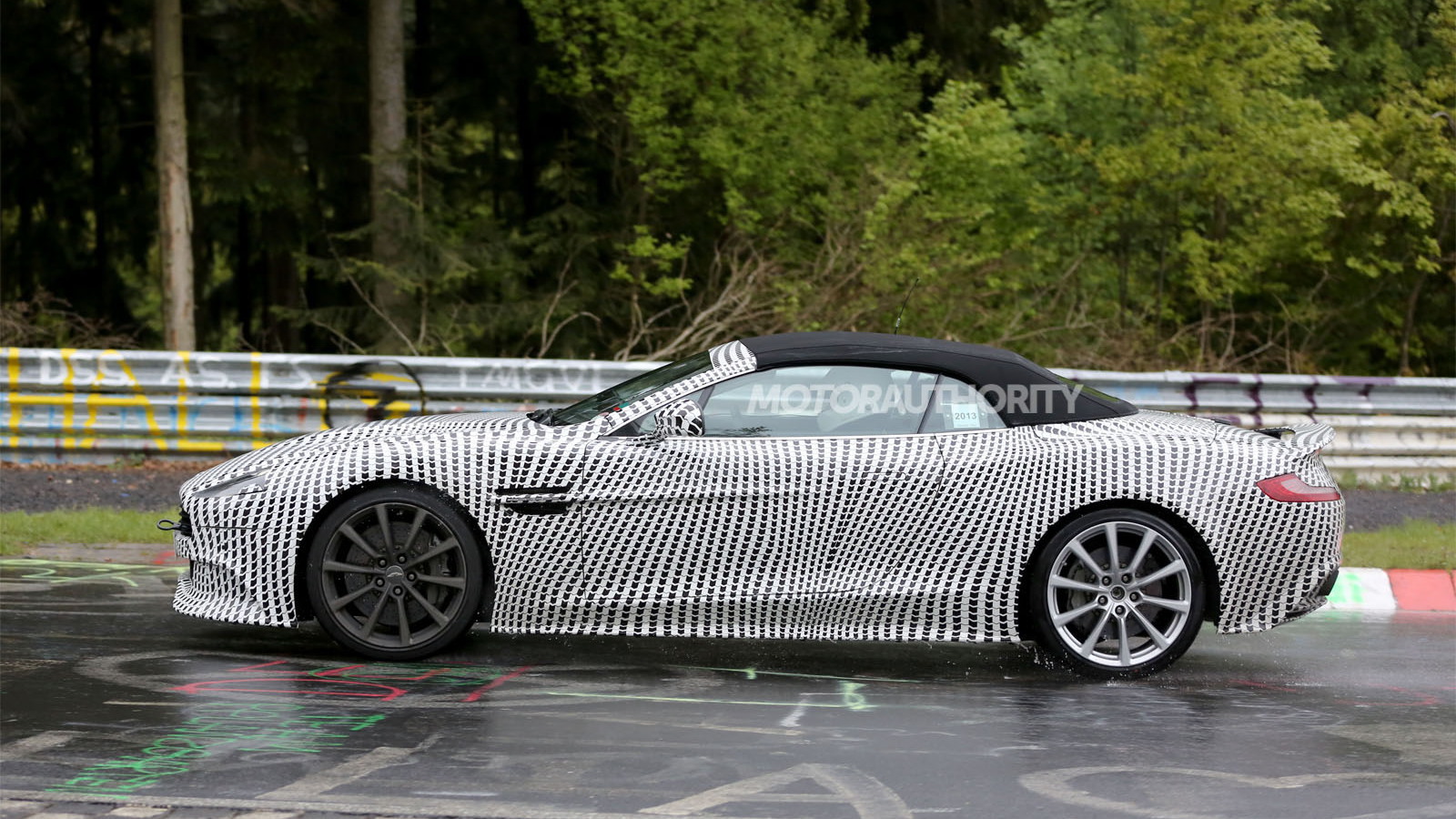 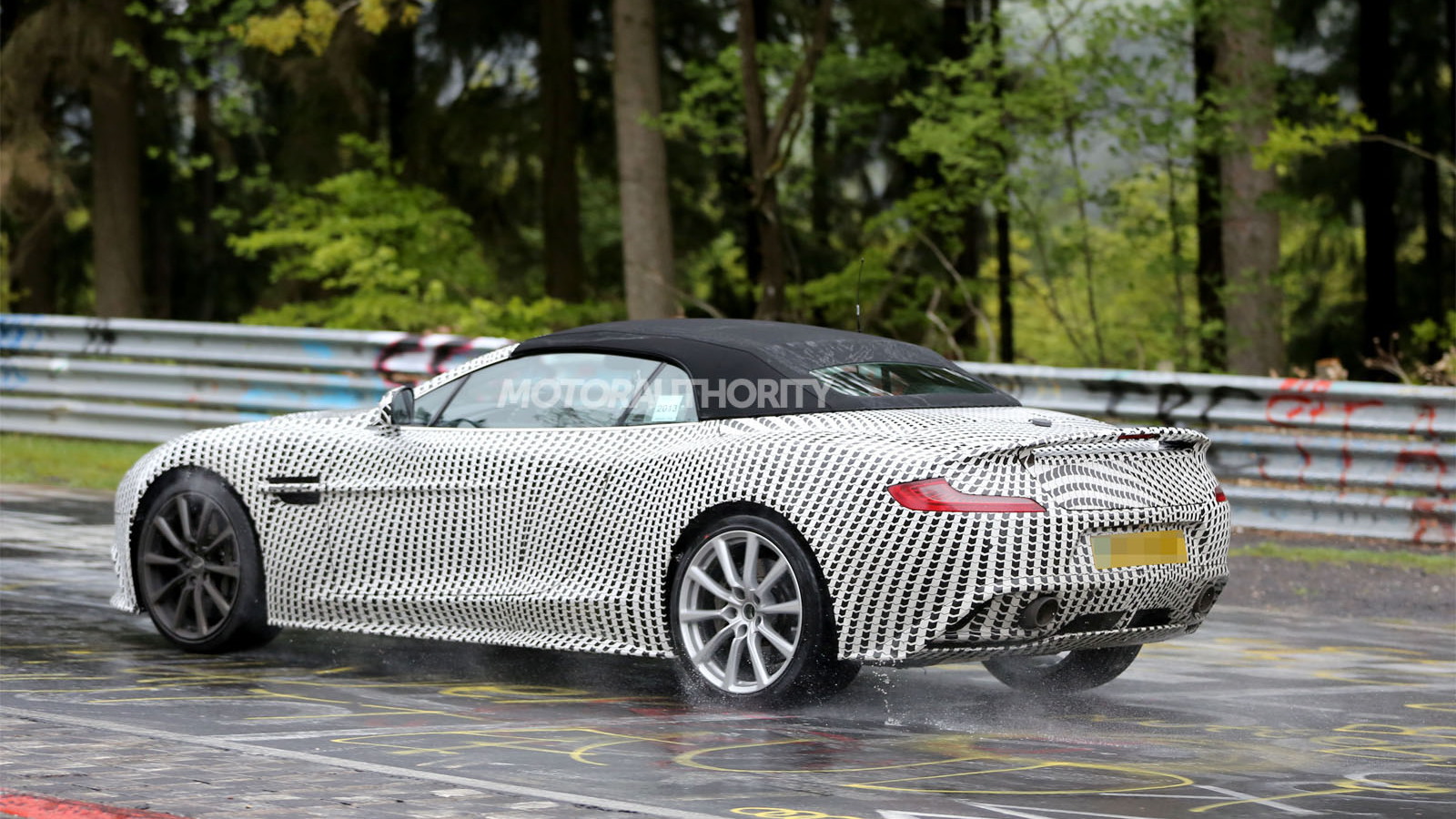 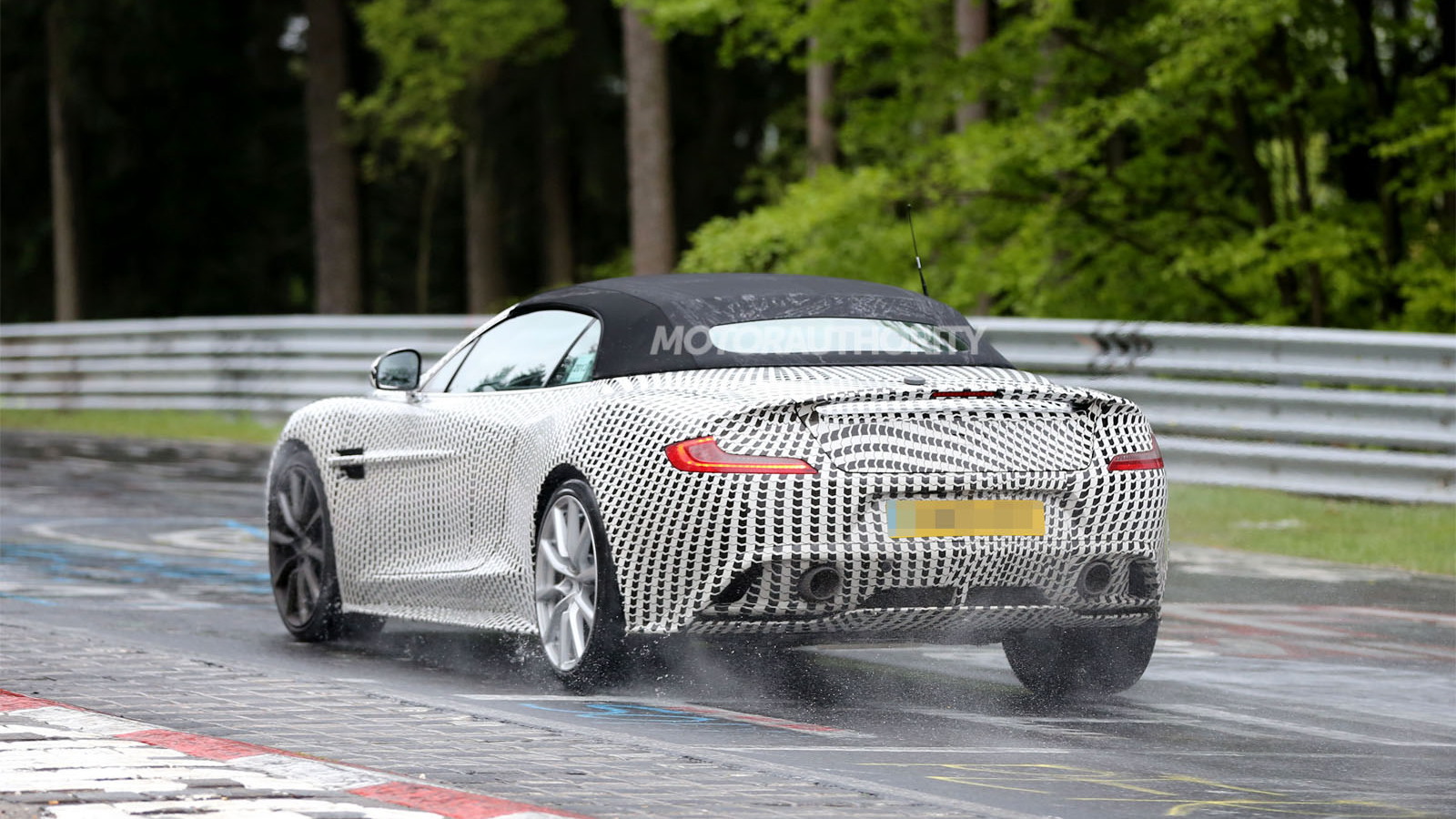 22
photos
Last summer, Aston Martin took the covers off its latest flagship and in the process revived one of its most storied nameplates, Vanquish. This summer, the Vanquish’s convertible sibling, a Volante in Aston Martin-speak, is set to debut.

Here, we see a prototype for this Aston Martin Vanquish Volante in the final stages of development, carving up the Nürburgring.

Previous prototypes were spotted undergoing extreme weather testing in the heat of southern Spain and the colds of northern Sweden. Now, it’s time for some high-speed testing, and if the performance of this prototype is anything to go by we could be about to witness the debut of one scorcher of a convertible GT.

Like the Vanquish coupe, the new Vanquish Volante will come powered by a 6.0-liter V-12, rated at 565 horsepower and 457 pound-feet of torque. The engine will send drive strictly to the rear wheels, via a six-speed Touchtronic 2 automatic transmission.

Due to its extra weight, brought about by additional reinforcements to the car’s extruded aluminum VH chassis, we expect performance of the Vanquish Volante to be just a tad off the pace of the coupe, which goes from 0-60 mph in 4.1 seconds and reaches a top speed of 183 mph.

As the prototype confirms, the roof will be a soft-top, no doubt automated and fully weather proof. The latter is especially important as inside only the finest woods, leather and metal trim will be utilized. Customers should have the choice of two or 2+2 seating configurations.

Look out for the Aston Martin Vanquish Volante’s debut later in the year. Pricing should creep up only slightly on the $290k starting price of the previous DBS Volante, which the latest model replaces.

For more on the Aston Martin Vanquish, be sure to read our First Drive report of the coupe.